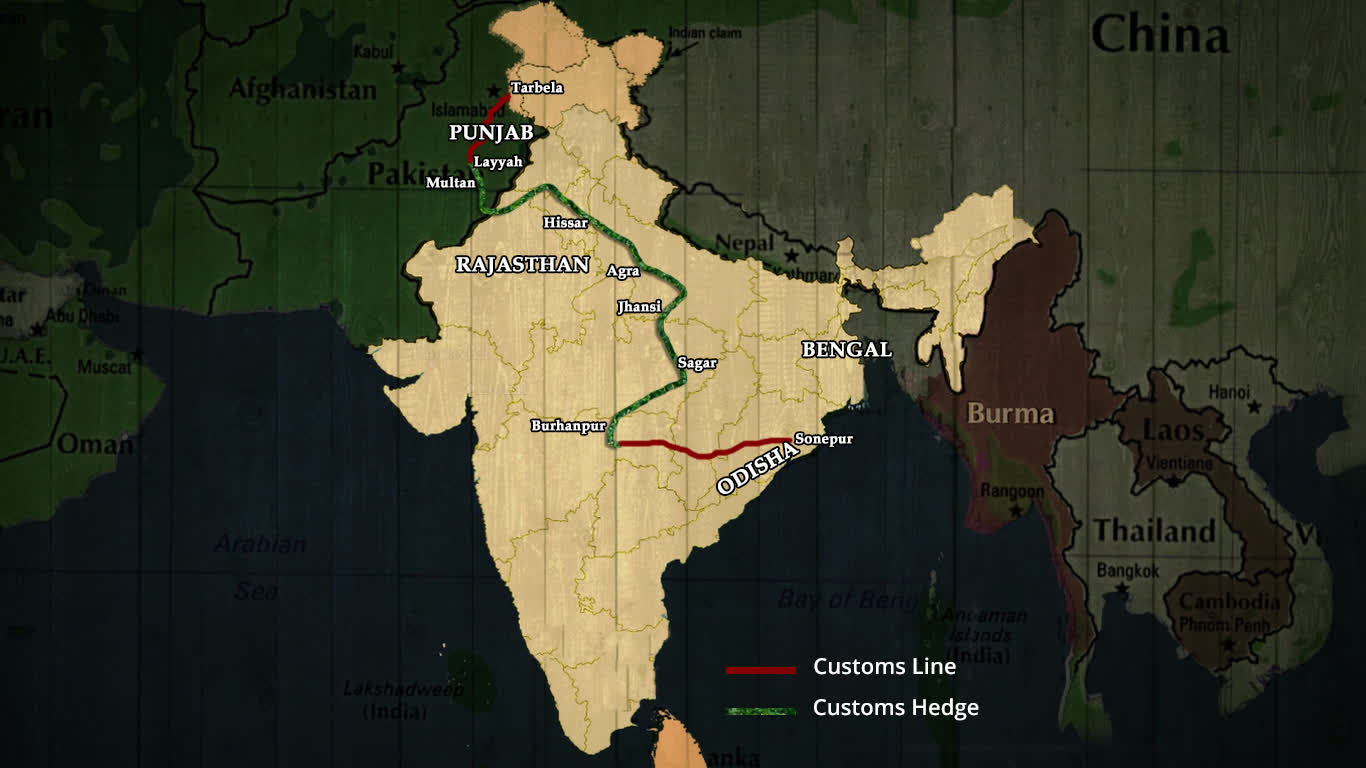 The Great Hedge of India

You would have heard of the Great Wall of China, but have you heard about the Great Hedge of India? It is hard to believe, but the fact is that in the 19th century, there was in place a hedge, about 10 ft high extending all the way from Layyah in Punjab to Burhanpur, on the banks of Narmada, covering a distance of roughly 1200 miles! Wow… but why?

Now gone, the great Hedge of India was a part of the ‘Inland Customs Line’, a series of customs check-posts, which the British had built across India stretching from North West Frontier Province (Khyber) down to Odisha.

Interestingly, the ‘Great Hedge of India’ had been mowed out of public memory, till 1995, when a book conservator named Roy Moxham bought an old memoir of a civil servant stationed in India, at a London bookshop. In the footnotes, was a reference to the ‘British Customs Line’ that existed in India, which was later fortified by a long hedge. Believing it to be a hoax, Moxham traveled across India to piece together the story, which was later published in the book The Great Hedge of India: The Search for the Living Barrier that Divided a People published in 2001. 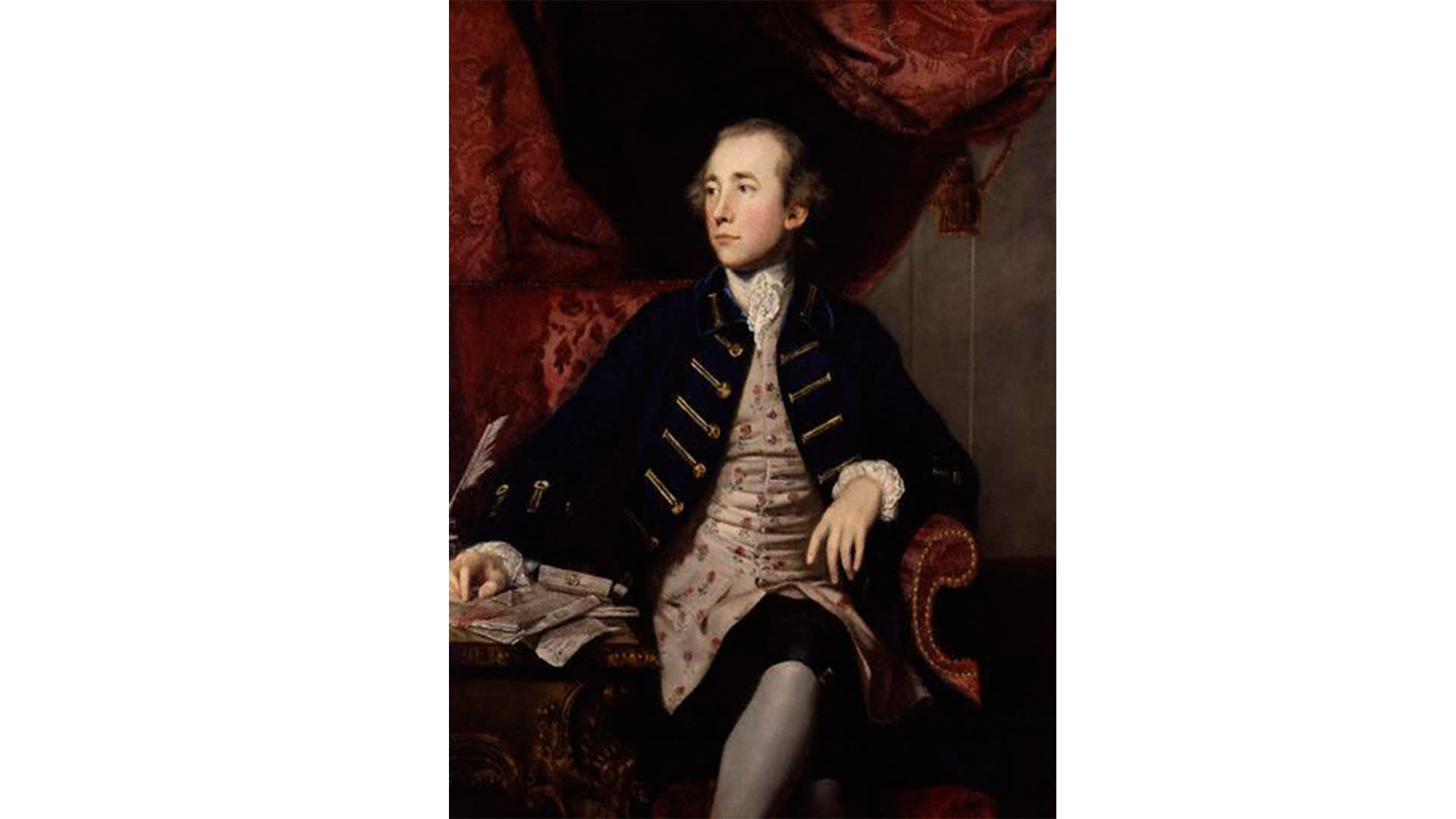 According to Moxham,  the origins of the great hedge, lie in one of the most basic ingredients of Indian food – salt, and the East India company’s attempts to tax it. Following the British conquest of Bengal in 1750s, the East India Company thought of salt as a great source of revenue. In 1772, the Governor General of India, Warren Hastings, brought all salt manufacturing in Bengal under East India Company’s monopoly. The salt pans were sold to the highest bidders who in turn had to sell the salt to the company at a fixed price. The East India Company of course sold it in the open market for huge profits. As a result of this, within a year of the Company’s takeover of the trade, the price of salt tripled bringing revenues of Rs 62,57,470 in one year alone (1784-85)!

However, the increased prices of salt drove people to desperation. In a year, an Indian farmer would have had to spend two rupees, an equivalent to two months of average income, just to buy salt for food. People resorted to large scale smuggling of salt from the neighbouring kingdoms like Odisha, which were then outside the British rule. In order to curb this salt smuggling, a series of custom houses and check posts were put in place along Bengal’s border with Odisha. 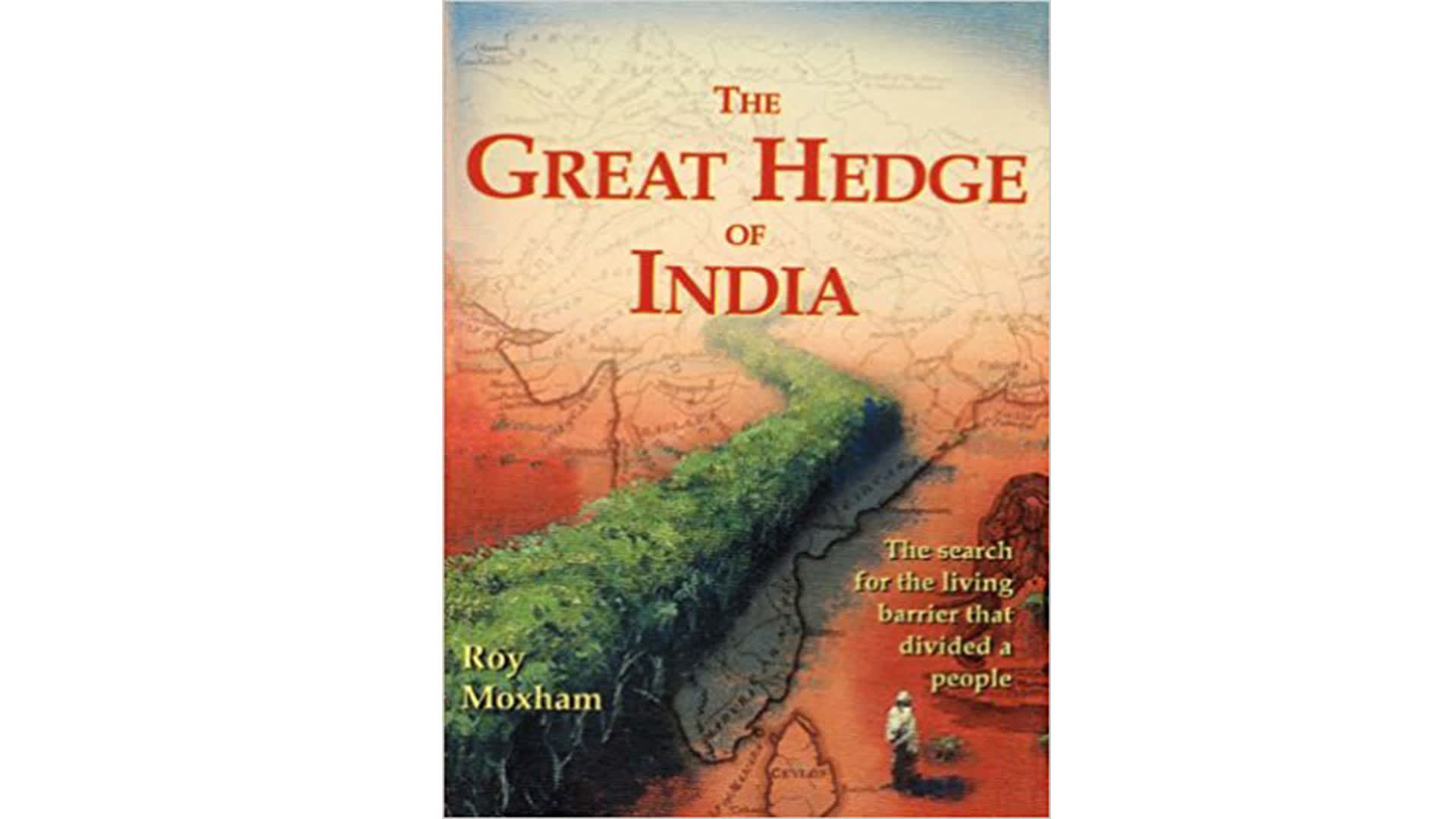 As the East India company captured more territory, local British administrators began constructing their own custom lines in different cities like Allahabad, Delhi, Punjab etc. Thus, by 1850s, there was utter confusion. A maze of these ‘custom lines’ became a major pain for British trade.

After the revolt of 1857, when the administration of India was taken over by the British Government from the East India Company, it decided to update and streamline the whole process. In 1869, it was decided to form one single inland custom’s line extending 2504 miles, from Tarbela near present day Islamabad in the North West to Burhanpur in the South and then to Sonepur in Odisha in the East.

However, this great internal border required some sort of barrier to prevent smuggling between the check posts. Building a great wall, for this, was out of question considering the resources, manpower and the logistics such a project would have involved. So it was decided that there should be a hedge! By the way,  the person who came up with a solution of a hedge was none other than Allan Octavian Hume, who was the commissioner of Inland customs between 1867-70. Post his retirement, Hume would go on to found the Indian National Congress in 1885. 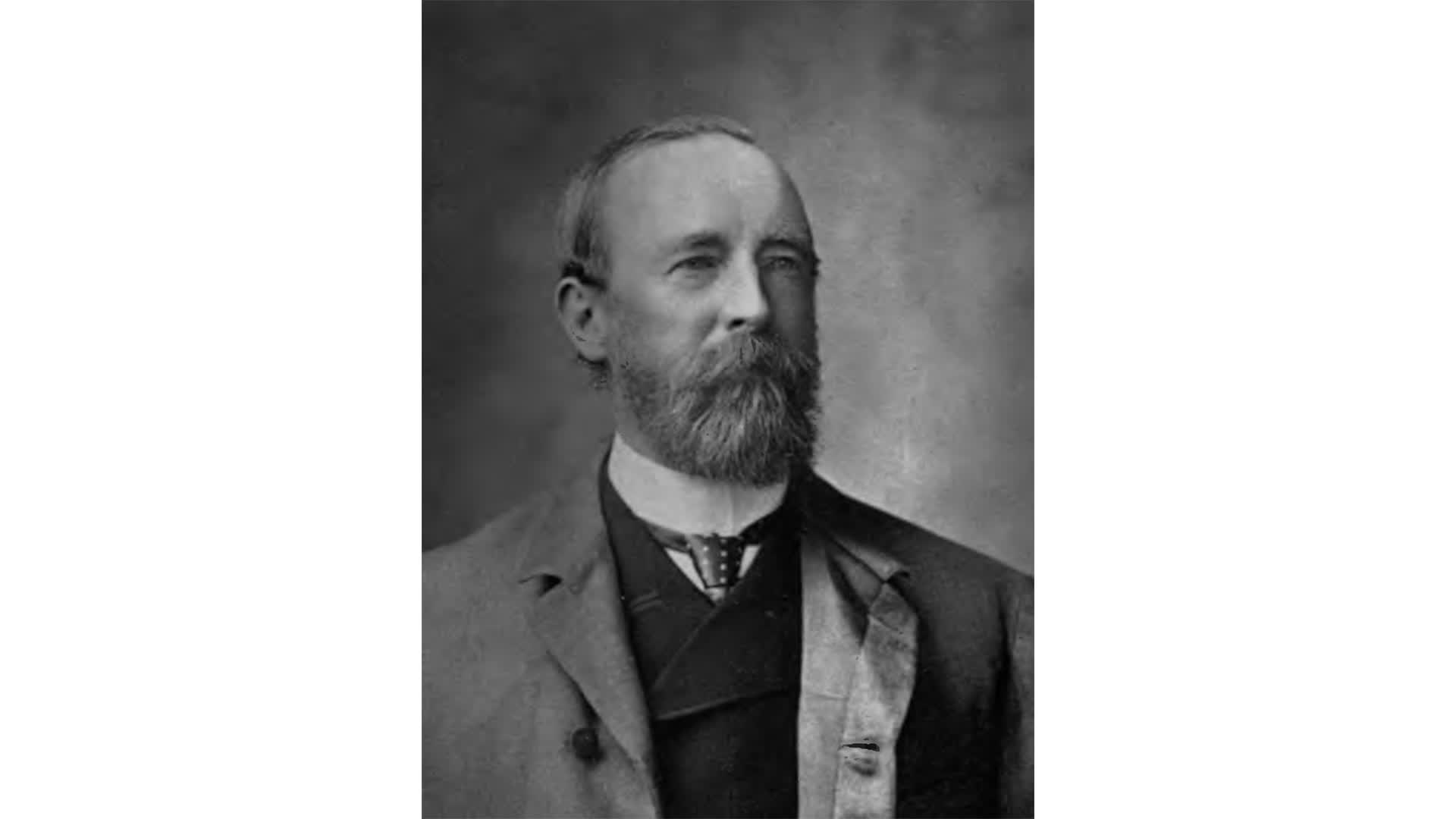 Back in 1867, Hume who was also a botanist, began experimenting with building hedges, taking into consideration the different soil and rainfall conditions. In 1869, preparations were made for the rapid expansion of a great hedge which was to stretch over 1200 miles out of the 2504 miles. This living hedge began at Layyah (today in the province of Punjab in Pakistan) in the north and extended all the way to Burhanpur in the south. Beyond this, the hedge just wouldn’t grow!

After the building of the hedge, about 6,077 smugglers were convicted in a year

This formidable hedge barrier was built using a combination of dwarf Indian plum trees, babool trees, prickly pear, bamboo, and many other local plants. On an average the hedge was 10 feet high and 9 feet thick. Besides salt, it was also supposed to stop the smuggling of cannabis, opium, sugar, etc. There were customs posts every mile and over 14,000 guards to patrol and maintain this natural, but man made barrier.

For all the time and effort that went into building the hedge, it was only partially successful. According to records, between 1877-78, about 6,077 smugglers were convicted. However, while the customs revenue increased, so did the corruption among the officials. All in all, instead of keeping out the wrong, the hedge created an even greater hurdle to trade! 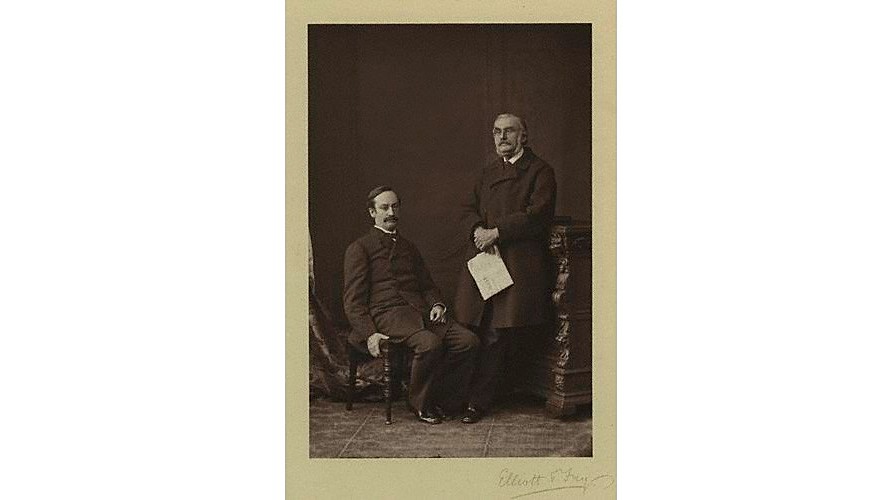 By 1870s, there was also a fair bit of opinion, against the hedge. The Finance Minister of Britain, Sir John Strachey, described the inland customs line as

‘A monstrous system, to which it would be almost impossible to find a parallel in any tolerably civilised country’.

Through a series of financial reforms, taxes were equalized across India which made smuggling unviable. Finally, the Inland Customs Line was abolished on 1st April 1879. The Great Hedge stood tall for some time . It survived for a decade after.

Interestingly, the old Hegde did leave a footprint. It so happened that in the post Independence India, the route of the Great Hedge was the only surveyed straight line of potential road, with no encroachment around.

In 1998, Roy Moxham found that a small embankment in Etawah district of Uttar Pradesh was the only surviving part of the great hedge. It is not known whether that too, melted into the sand around it. 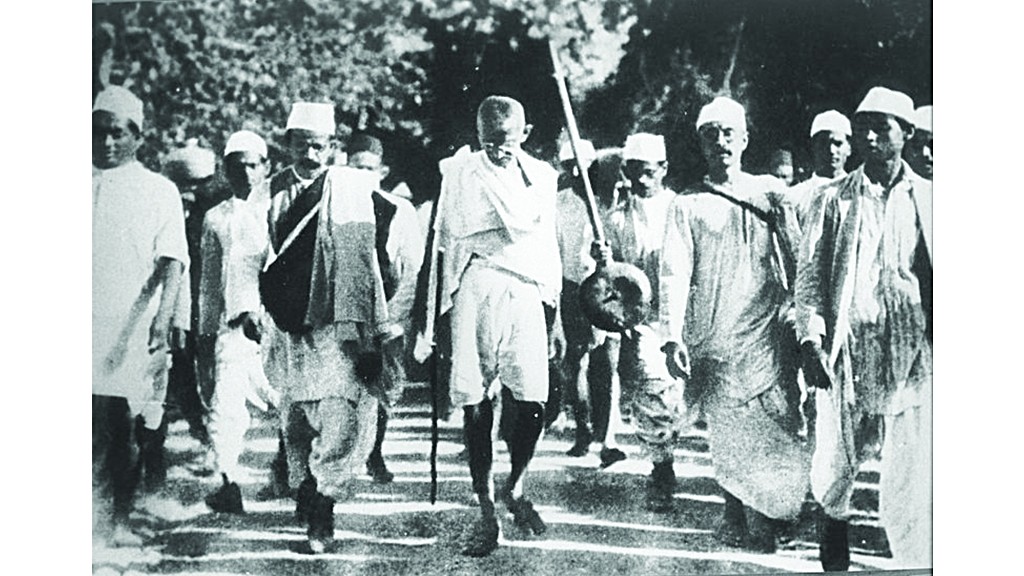 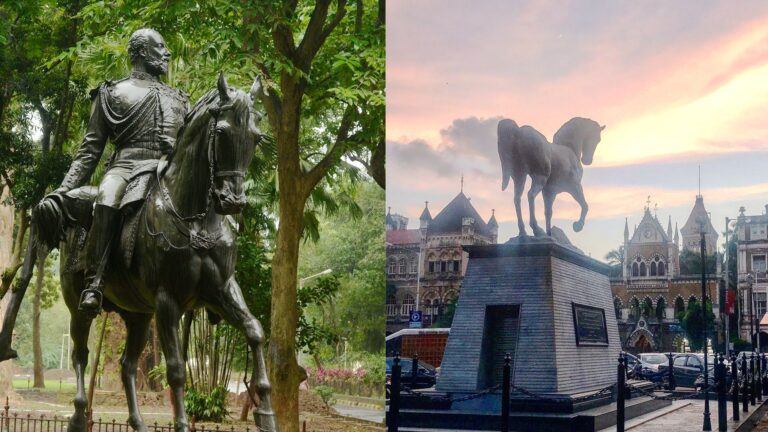 Snapshort Histories
The Tale of the Kala Ghoda
By Anshika Jain

Catch the story of the peculiarly named ‘Kala Ghoda’ area of Mumbai and its missing horseman. 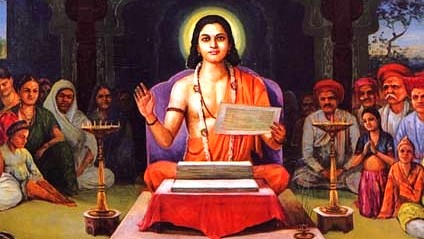 How an 800 year old text took the word of God to the common man with a simple message and how it continues to guide millions even today...