Shree Eklingji & the Maharanas: In the Service of God

In India, royalty doesn’t get more dazzling than it does in Rajasthan. Yet the royals of Mewar have never really considered themselves kings. Despite their title of ‘Maharana’ (‘King of Kings’), the Mewar royals consider themselves ‘custodians’, ruling their territory only on behalf of their family’s presiding deity, Shree Eklingji.

Around 20 km north of Udaipur in Rajasthan, the Shree Eklingji Temple is dedicated to Lord Shiva and has been drawing devotees to its scared portals for centuries. The current temple dates back to the 15th century but its story goes back 1,400 years, to the origins of the Mewar kingdom itself.

The early history of the temple is found in a 15th century Sanskrit text known as Eklinga Mahatmya, composed by a poet, Kanha Vyas, under the patronage of Maharana Kumbha (r. 1433-1468) of Mewar. It tells the story of Bappa Rawal, the founder of the House of Mewar. Apparently, Bappa Rawal, a Prince of the Guhilot clan, was living in exile after his family was killed in a war with a rival clan. He met a saint named ‘Harit Rashi’, who became his spiritual guru and initiated him to the Shaivite order. 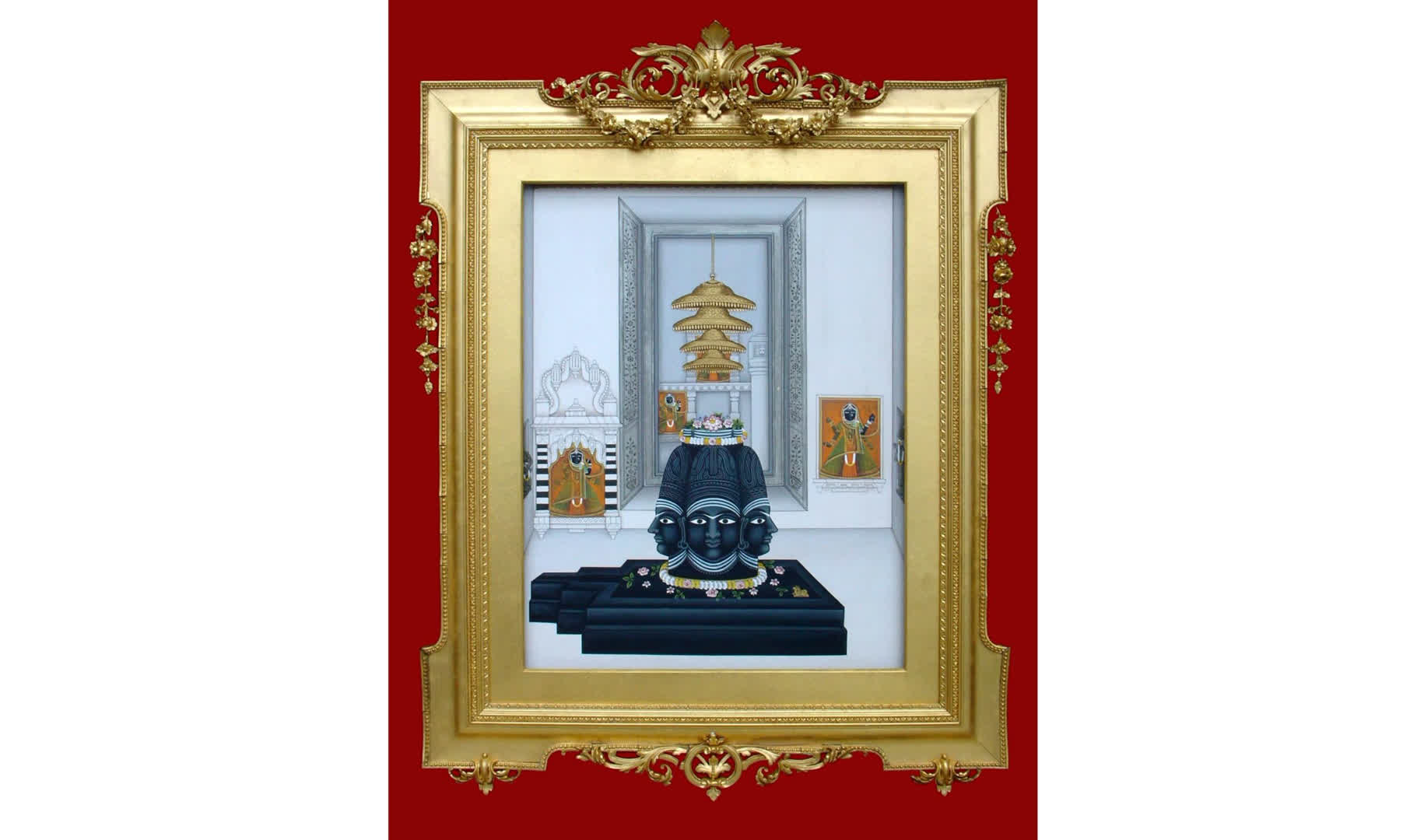 With the blessings of the saint in 734 CE, Bappa Rawal captured a small wooden fortification known as Chitrakoota, from the local Maurya rulers, the very fort whose later name became synonymous with valour and chivalry – Chittor.

It is believed that Bappa Rawal built the temple of Shree Eklingji at the very spot in the forest where he was initiated into the Shaivite order. Harit Rashi also declared Bappa Rawal the ‘Regent’ of Lord Eklingji and laid down the principles of kingship.

This tradition of ruling in the name of Shree Eklingji was followed by all the Maharanas of Mewar, right up to 1947, when the princely states were merged with the newly independent nation. The tradition is followed even today, by Shriji Arvind Singh Mewar, the current 76th custodian of the House of Mewar

Interestingly, while the tale of Bappa Rawal and the Shaivite Harit Rashi is a legend, one wonders if it is an extrapolation of a historical event that might have taken place during that time. What makes this an interesting possibility is the archaeological record, which shows that the site of the Shree Eklingji Temple was once an important centre of the Pashupata sect. This is one of the earliest ascetic sects of Shaivism and followed secretive practices of worship. The most famous Pashupata shrine is the cave temple at Elephanta island off the coast of Mumbai. 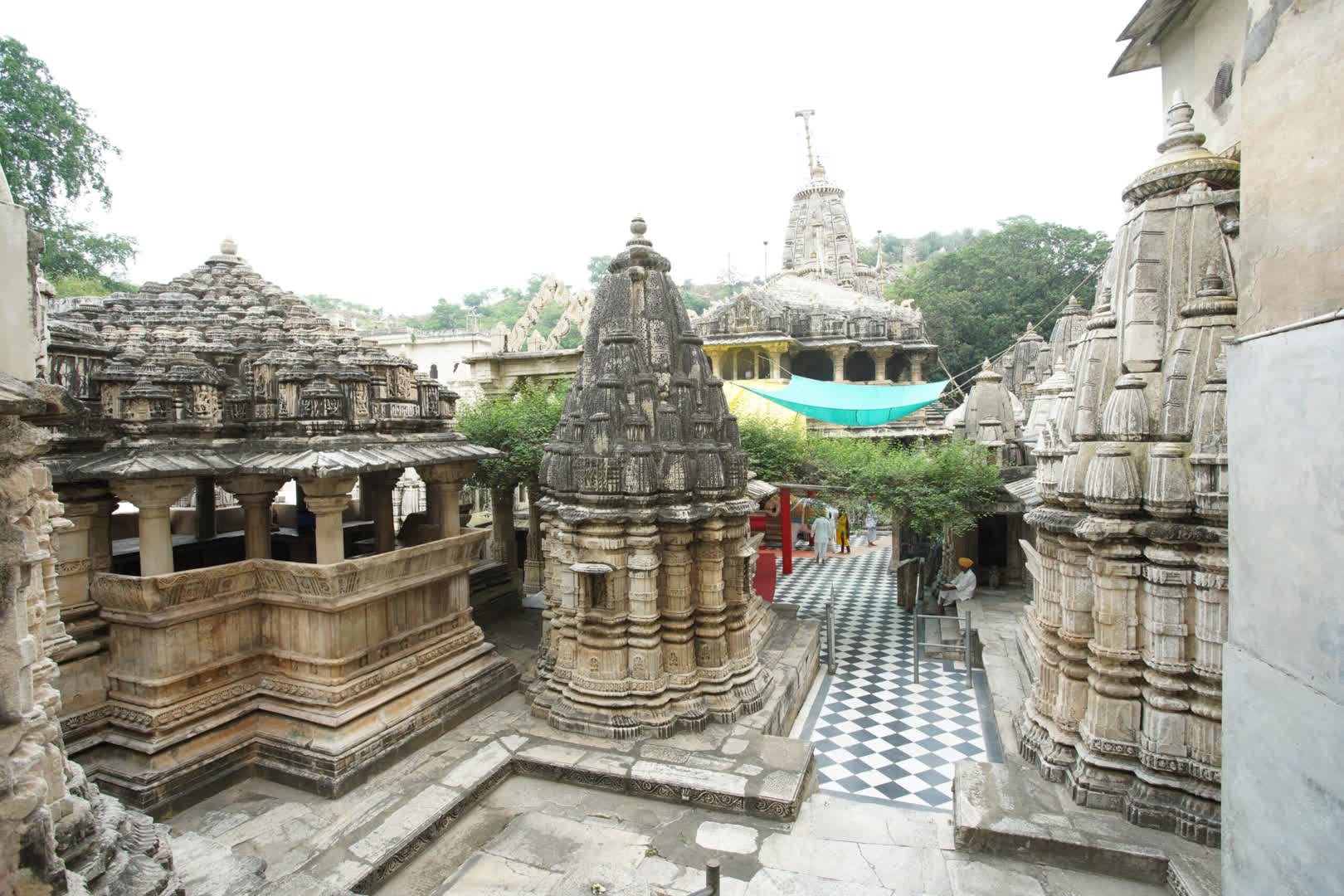 Shree Eklingji has enjoyed the patronage of successive Maharanas of Mewar. Due to this connection with the royal house, the temple was damaged and destroyed by invading armies and rebuilt several times across the centuries. The current temple was renovated by Maharana Mokal (r. 1421-1433). During the time of Maharana Raimal (r. 1473 – 1509), the lingakar (single, long capsule shape) form of Shivlinga was replaced with a five-foot-tall, five-faced idol of Lord Shiva carved out of black marble.

According to the scriptures, each face of this idol of Shree Eklingji represents a different form of Lord Shiva

Between the sanctum and the sabha mandap (assembly hall) is a silver enclosure built by Maharana Bhagwat Singh (r. 1955-1984), while the current custodian, Shriji Arvind Singh Mewar of Udaipur, has added silver cladding. The temple of Shree Eklingji is a private shrine of the Mewar family, and only the custodians of the royal house are allowed to perform pujas here. But, in a land where divinity and royalty have for long ruled the hearts and lives of its people, everyone is welcome to pray here.

History Daily
Revolt of 1857: The Tragedy of Kanpur’s Massacre Ghat
By Swapnil Tripathi

As Mohun Bagan Athletic Club’s victory in I-League makes national news, we bring you the story of Mohun Bagan, who lifted the IFA Shield 109 years ago, in 1911 and inspired a nation to believe that victory could be theirs off the field too – in the struggle for freedom from colonial rule