Trace the story of Indian miniature paintings and you will get a lesson in the history, beliefs and politics of India over 300 years. You will also follow a trail through the Mughal courts in Delhi and Agra, to the Rajput courts in Jodhpur and Bundi and land in the small hill kingdoms in the lower ranges of the Himalayas.

While the idea of elaborate paintings in miniature, on manuscripts, was well known in India, it was with the Mughals that the art of Persian miniatures first came in. From the second Mughal Emperor Humayun to Shah Jahan, each Mughal left his stamp on this art form.

The art of miniature paintings reached its zenith during the time of Jehangir. He was deeply influenced by European paintings and encouraged the royal artists to take up the single point perspective which added more dimension, unlike the flat layered style used in traditional miniatures. Shah Jahan preferred a more formal and elaborate palate of themes, almost in keeping with the grand scale of the empire he ruled over. While each ruler put his stamp on the art he played patron to, all court support suddenly stopped with the coming of the austere Aurangzeb in 1658 CE. Orthodox and religious, Aurangzeb found art and so these miniature paintings, contrary to all that he stood for. 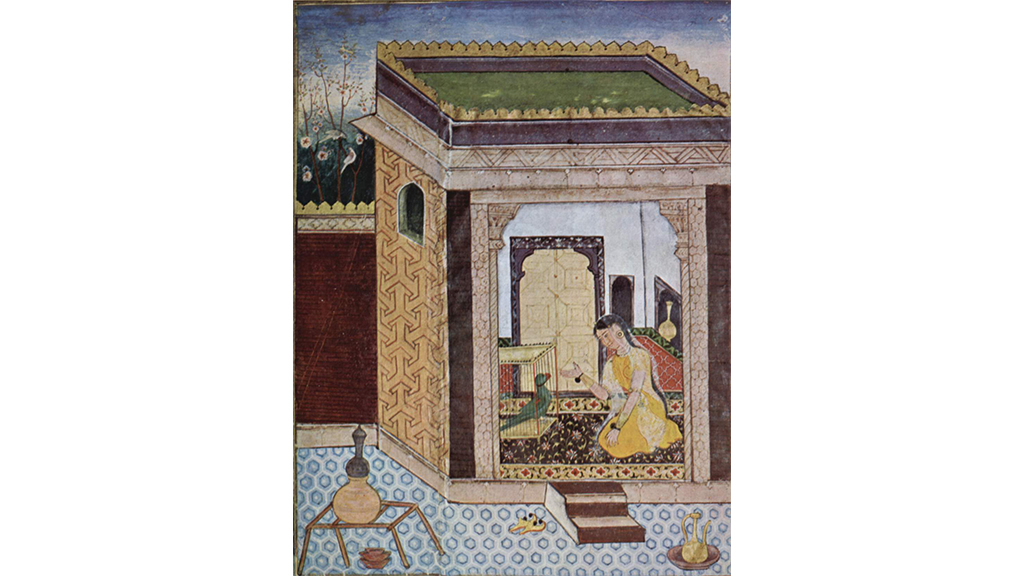 As a result, the late 17th century saw a steady exodus of painters and artists from Delhi, who went seeking patronage at different courts of India. A lot of them landed in the Rajput kingdoms and gradually made their way to the small principalities in present day Himachal Pradesh. As new patrons came so did new nuances and miniature paintings evolved, stylistically.

The word Pahari translates as ‘from the mountains’ and is a term used by art historians to refer to the paintings from a number of hill kingdoms like Guler, Kangra, Basholi, Chamba, Nurpur, Bilaspur, Mandi and Kullu, where local kings patronised art. These regional styles of painting were collectively known as the Pahari style. 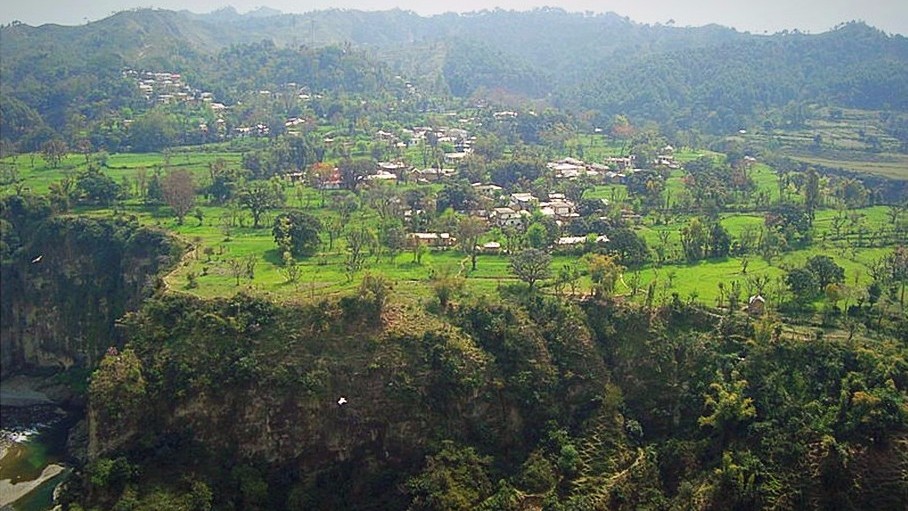 The Mughal influence on the painting can be best seen in the treatment of naturalistic landscapes. The Rajput courts preferred bold drawings with contrasting color schemes depicting themes from epics like the Mahabharata and Ramayana. An important feature of the Pahari paintings were the delicate touch of line and the use of vibrant colors like yellow, red and blue.

It is important to note that the Pahari paintings had their own nuances and of all the different schools of paintings the Kangra school was most popular.

The central theme of Kangra paintings revolves around human love and its celebration. According to Dr. A. K. Coomaraswamy, the pioneering historian of Indian art ‘What Chinese art achieved for landscape is here accomplished for human love’. The main theme of the Pahari painting is the depiction of people. Interestingly, although the Pahari art flourished in picturesque places of great natural beauty, the low hills of the Himalayas, the natural landscape only served as the backdrop. It often indicated a subtle change of mood. 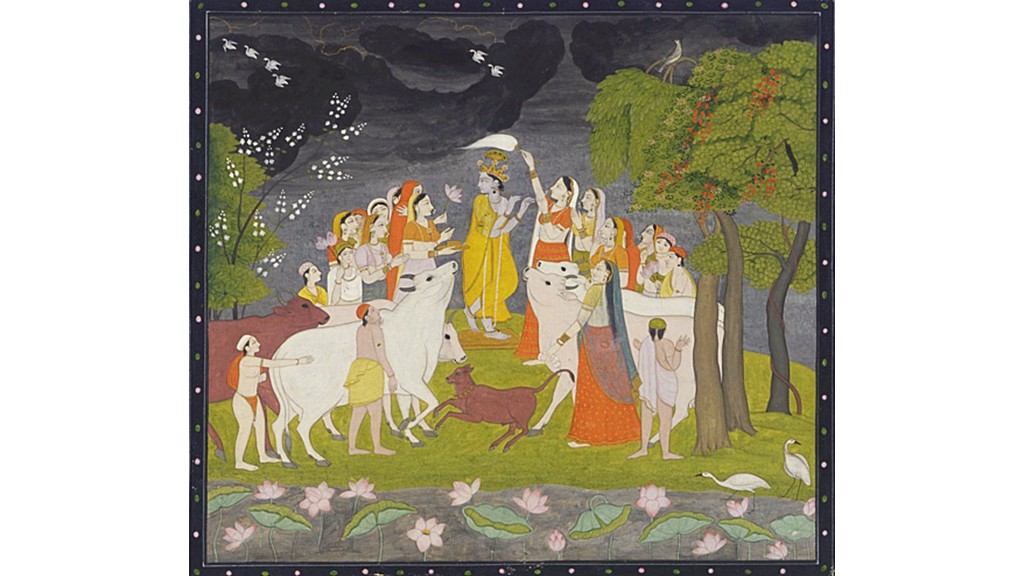 The beginning of Pahari miniature paintings can be traced to the court of Raja Kripal Pal of Basholi (1678 CE– 1731 CE). Before the advent of the artists from the Mughal court, the Basohli paintings style was simple and largely of the surrounding hills. This declined by the mid-17th century and as a new wave of artists came, stories of the legendary love between Radha and Krishna, became the dominant theme. The literary compositions of Jayadeva, Gita Govinda, the Song of the Divine Cowherd; Rasikapriya of Keshava Das and Rasmanjiri of Bhau Datta inspired the artists. 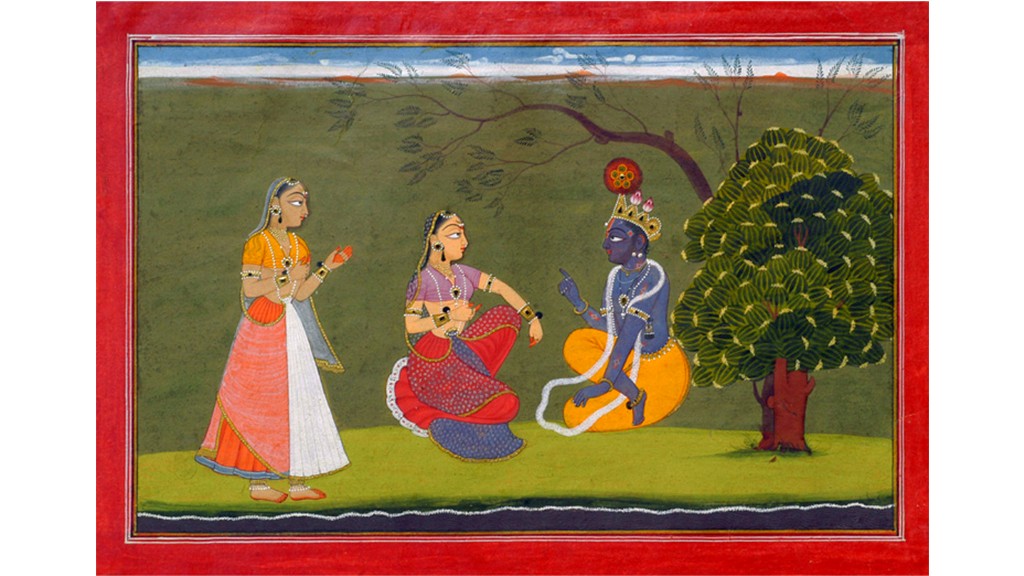 Apart from religious topics, illustrations of Nayika (Heroines) in different moods and sentiments, Ragamalas – the depictions of musical melodies , Barhamas – depicting the life of people during different months and the love story of Nala and Damayanti from the Epic Mahabharata are commonly depicted. The Pahari miniature paintings also have portraits of kings, queens and depictions of war. 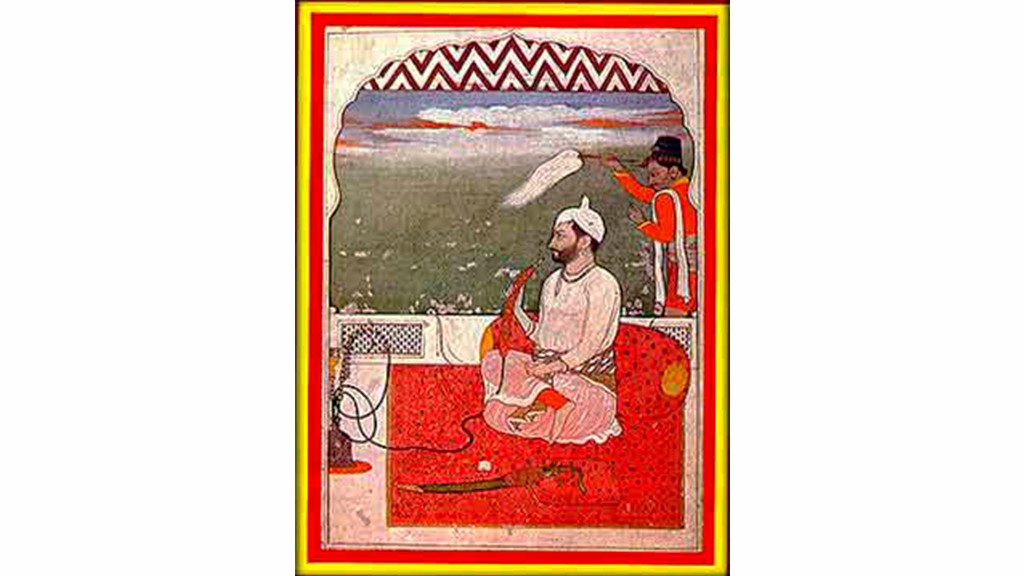 Portrait of a King in Pahari (Kangra) style | Wikimedia Commons

The Pahari miniature paintings were inspired by many great works of literature.

In the beginning of the 19th century, the Pahari school began to decline. Invasions from the Gurkhas of Nepal during that time brought instability to the hills. The region was only relieved when the Sikhs under Maharaja Ranjit Singh expelled the Gurkhas from the western hills and brought those states under Sikh dominance in 1809.

Today, the medieval art of Kangra paintings is on the verge of extinction. This form of painting was popular and inspired many imitations. Apart from a few NGOs trying to keep the tradition alive, very little is being done to preserve the art form. The Kangra style of paintings have seeped into popular culture and are available as postcard reprints and or other souvenirs but rarely are any original paintings sold commercially. Most of the original works can now only be seen as exhibits at museums and art galleries.

With Inputs from: Kangra Valley Painting by NS Randhawa 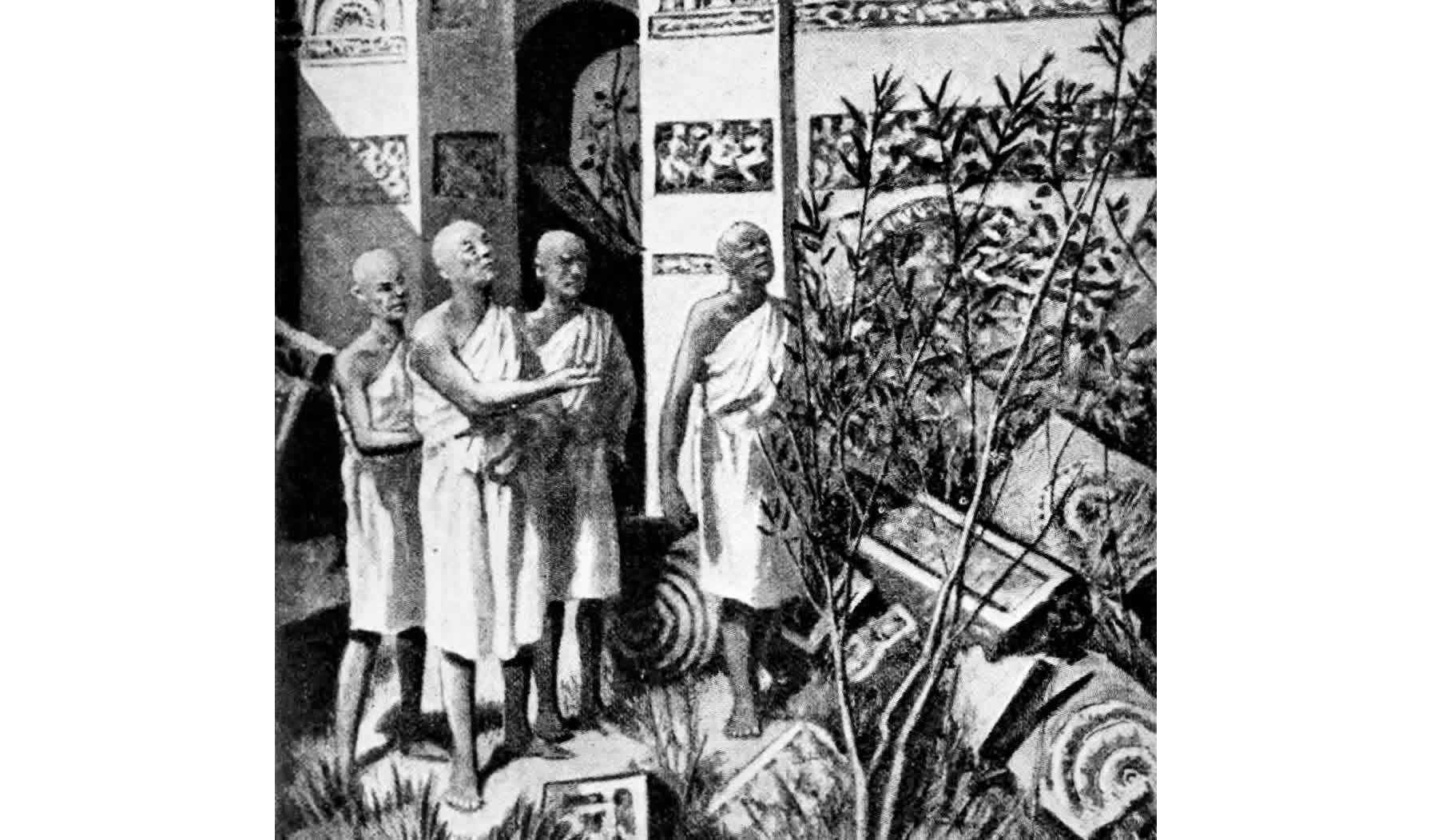 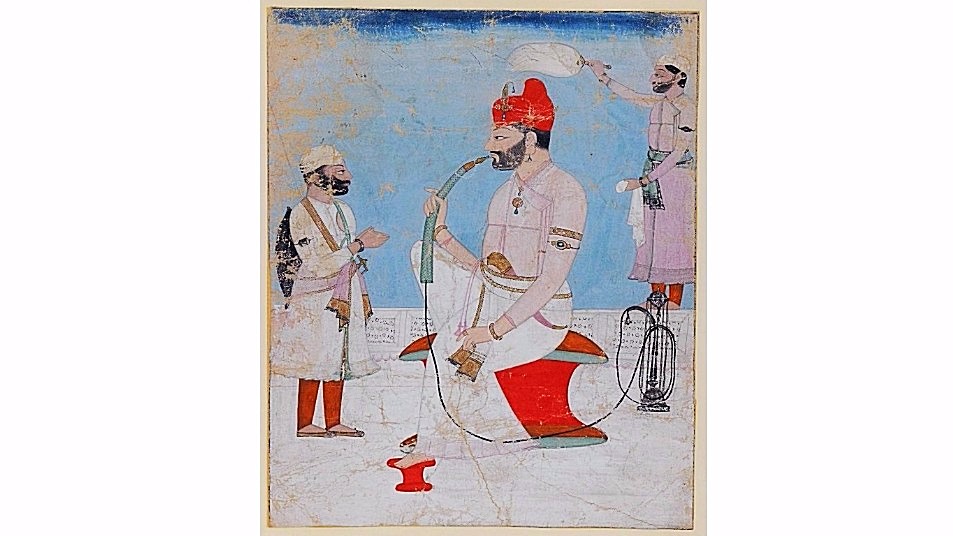 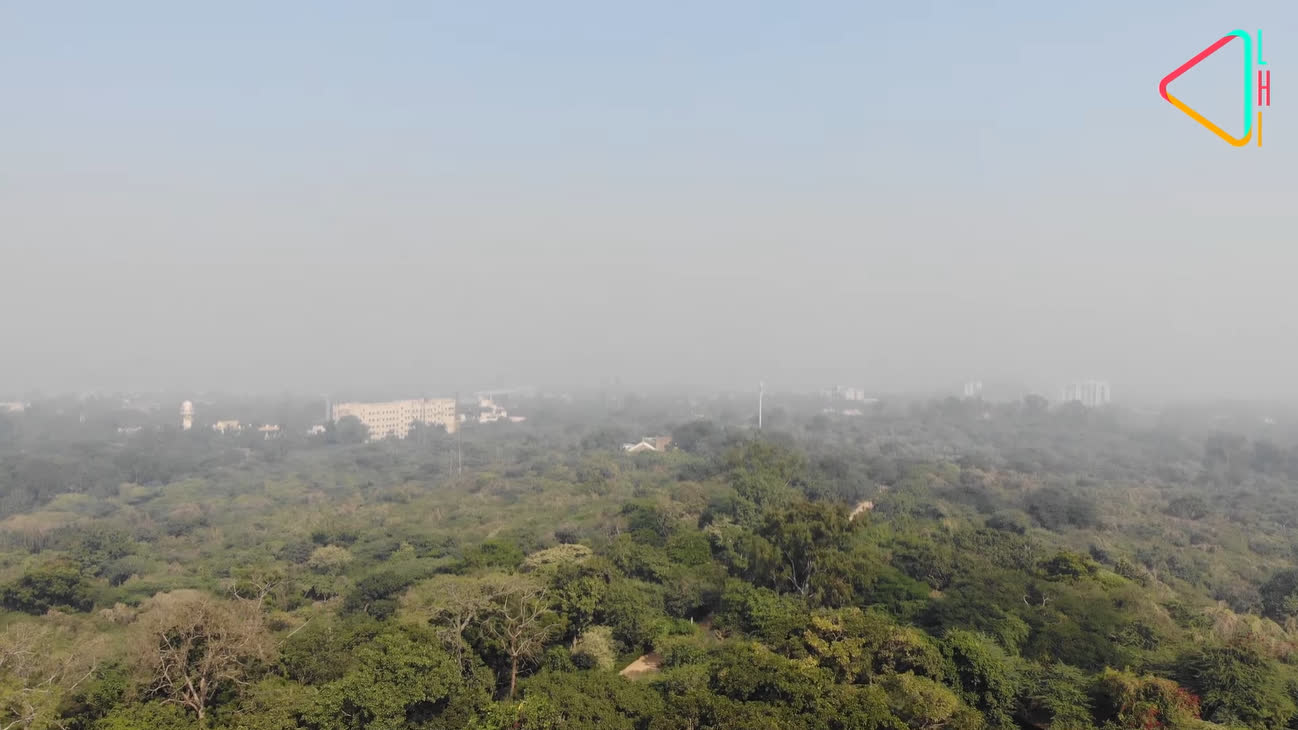 Did you know that Delhi’s Ridge, spread over hundreds of acres, was formed 1.5 billion years ago and offers clues on the city’s earliest human inhabitants? Author Thomas Crowley tells the tale of the Ridge through an ecological vantage point in his book ‘Fractured Forest, Quartzite City’. 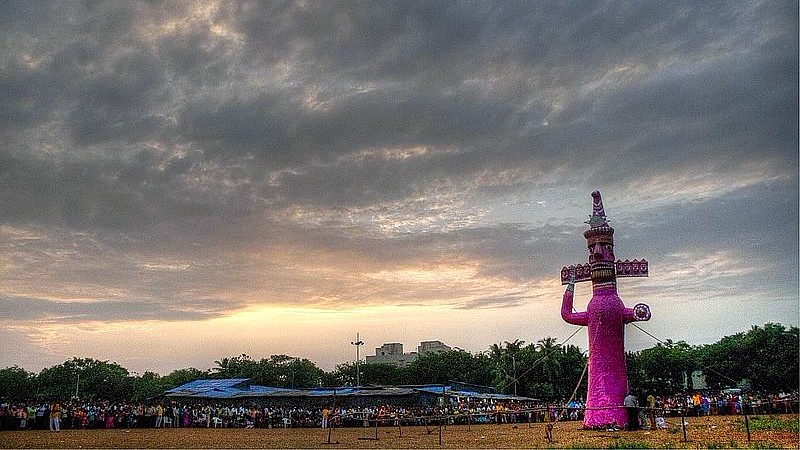 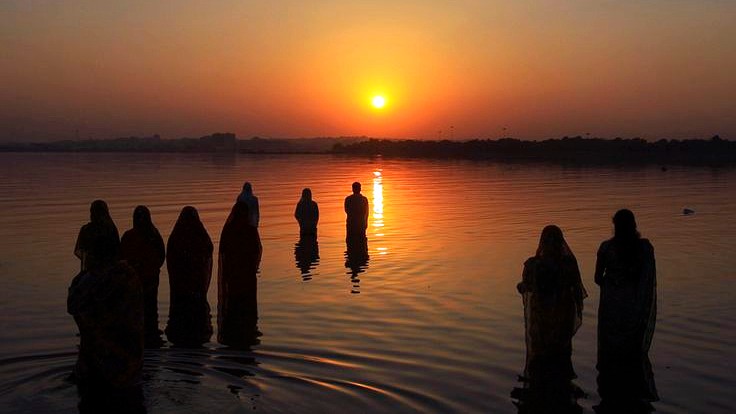 Celebrated by millions along the banks of rivers and lakes, the tradition of the Chhath Puja where the Sun is worshipped goes back to the Rig Vedic times.