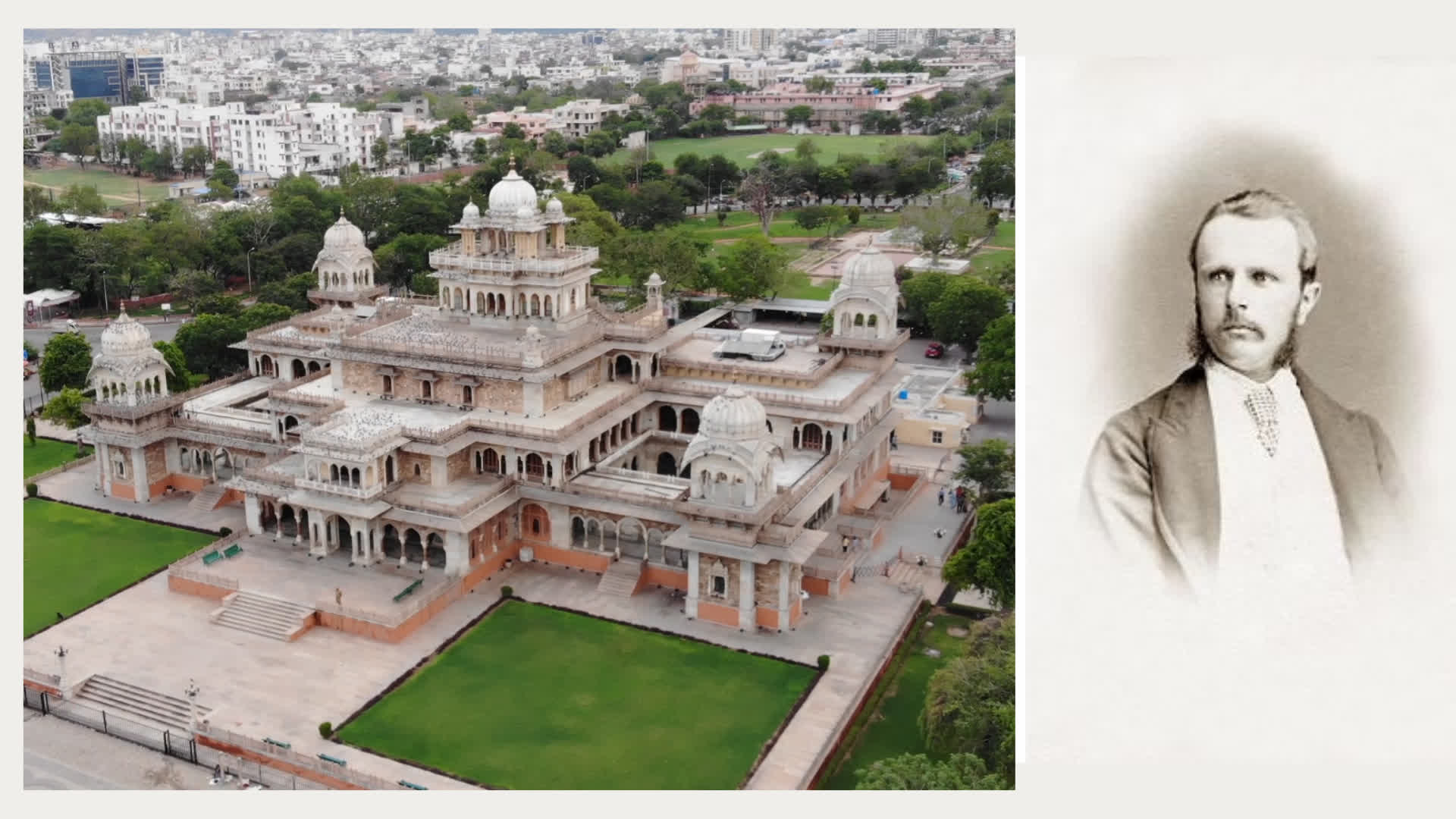 Scattered across the rugged desert landscape of Rajasthan, especially Jaipur and in cities in Western and Northern India are souvenirs of an Englishman’s deep love for his adopted homeland. From palaces, lodges, museums, memorials and colleges to structures as mundane as dams and reservoirs, English architect and engineer Samuel Swinton Jacob left a legacy that is still cherished.

Jacob came to British-India to serve in the military and worked in the Public Works Department (PWD) of Jaipur State for 34 years. He was appointed Superintending Engineer in 1893. Jacob believed the PWD was turning Jaipur into a city that looked boring and mundane. It offended his artistic sensibilities! 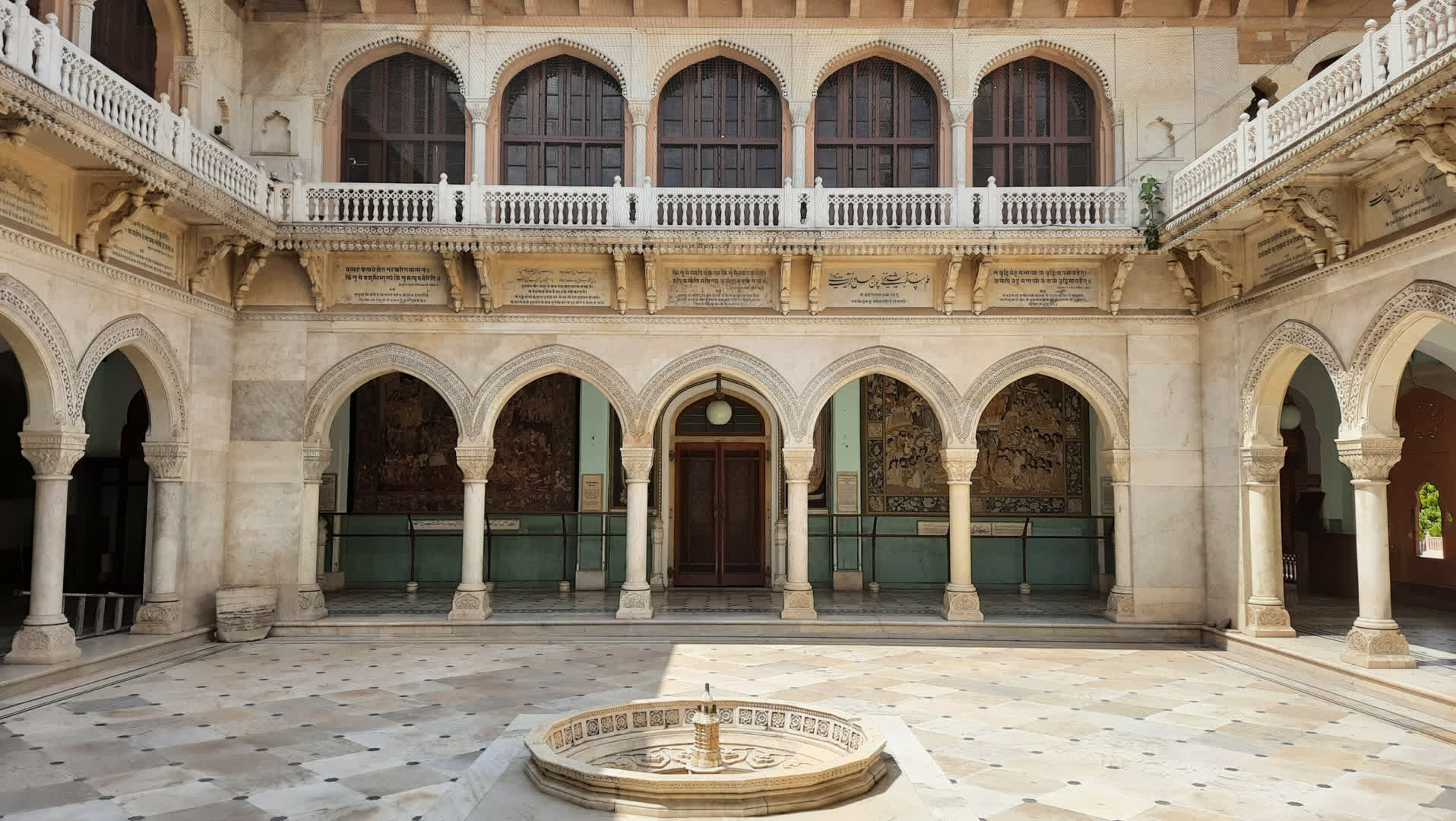 A chief promoter of Indo-Saracenic architecture, Jacob set about adding a layer of elegance and finesse to public buildings and other government projects in Jaipur. This style combined Mughal and Rajput architecture and is identified by exquisite stonework in chhajas, chhatris, jaalis, arches, columns and other features.

Jacob embarked on another super-ambitious project. He put together a team of draughts men, had them tour Northern India and make scale drawings of the architectural features they observed in structures such as mosques, temples, forts and tombs. He then published a compendium called the Jeypore Portfolio of Architectural Details, which contained hundreds of these scale drawings.

This portfolio was not only a boon for architects but was meant to help Jacob revive the indigenous architectural tradition of India. 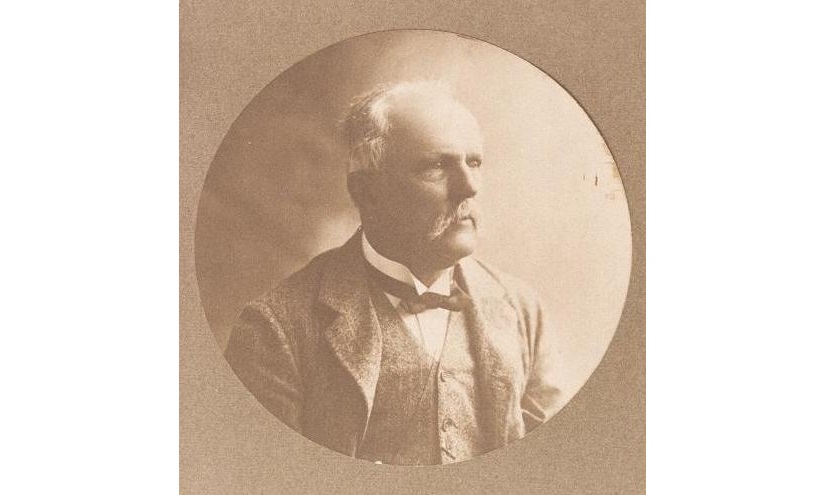 Photograph of Samuel Swinton Jacob | Wikimedia Commons
Support Live History India
If you like Live History India`s work, do consider extending support to us. No contribution is too small and it will only take a minute. We thank you for pitching in.
Donate
*Terms and Conditions

As you can imagine, Jacob achieved much acclaim, and Rajas and Maharajas outside Jaipur started inviting him to design and build palaces and institutions in their princely states. But while the architect in Jacob was finding full expression, the engineer in him was also hard at work – Jacob headed more than 200 irrigation projects in Rajasthan that still benefit lakhs of people to this day.

Here’s a look at some of Samuel Swinton Jacob’s most treasured architectural marvels: 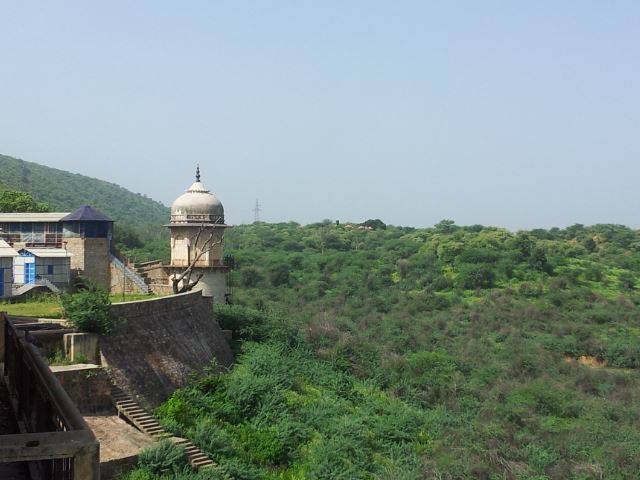 A view of the Ramgarh Dam, 2014 | Wikimedia Commons

You may remember Ramgarh Lake as the site of the rowing events held during the 1982 Asian Games. Today, this artificial reservoir is dry and encroached, a far cry from being a shimmering beauty that was once Jaipur’s primary source of water supply built by Jacob. 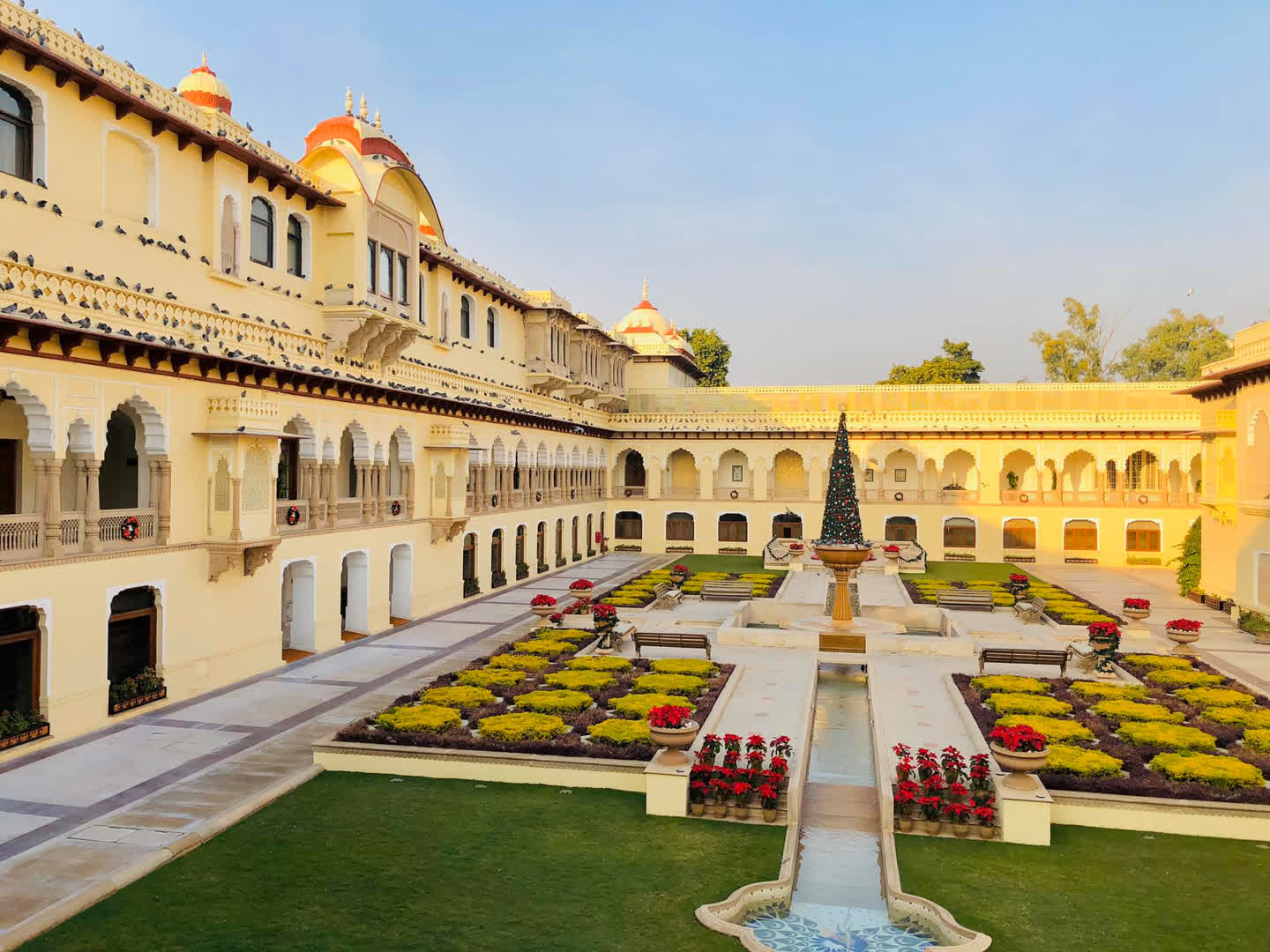 Once a garden house for the wet nurse of a Maharaja, it was converted into a royal hunting lodge and finally into a royal residence by Maharaja Man Singh II for his wife Maharani Gayatri Devi.  It was in the early 20th century that the Rambagh Palace was expanded by Jacob and given its present form. 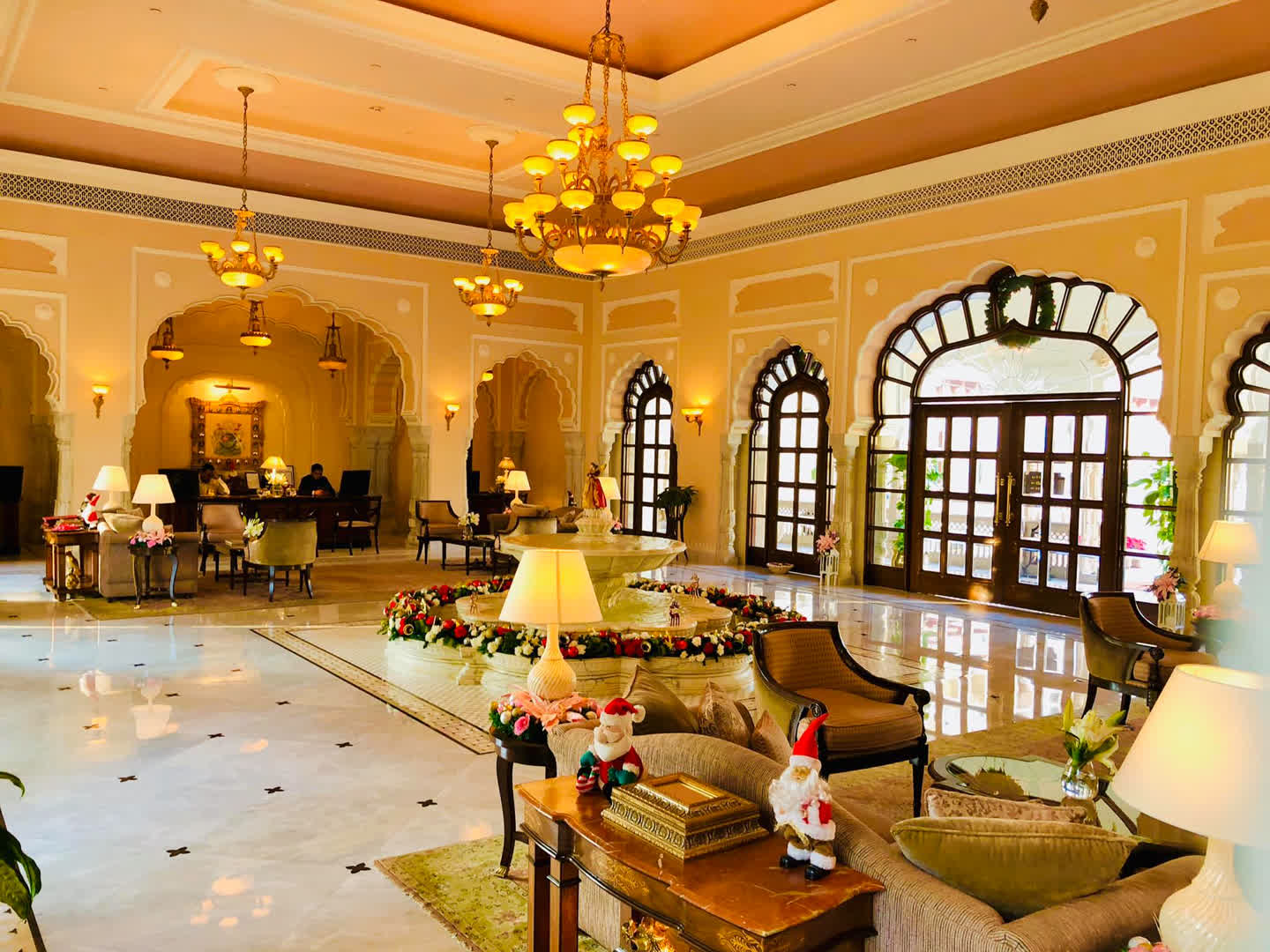 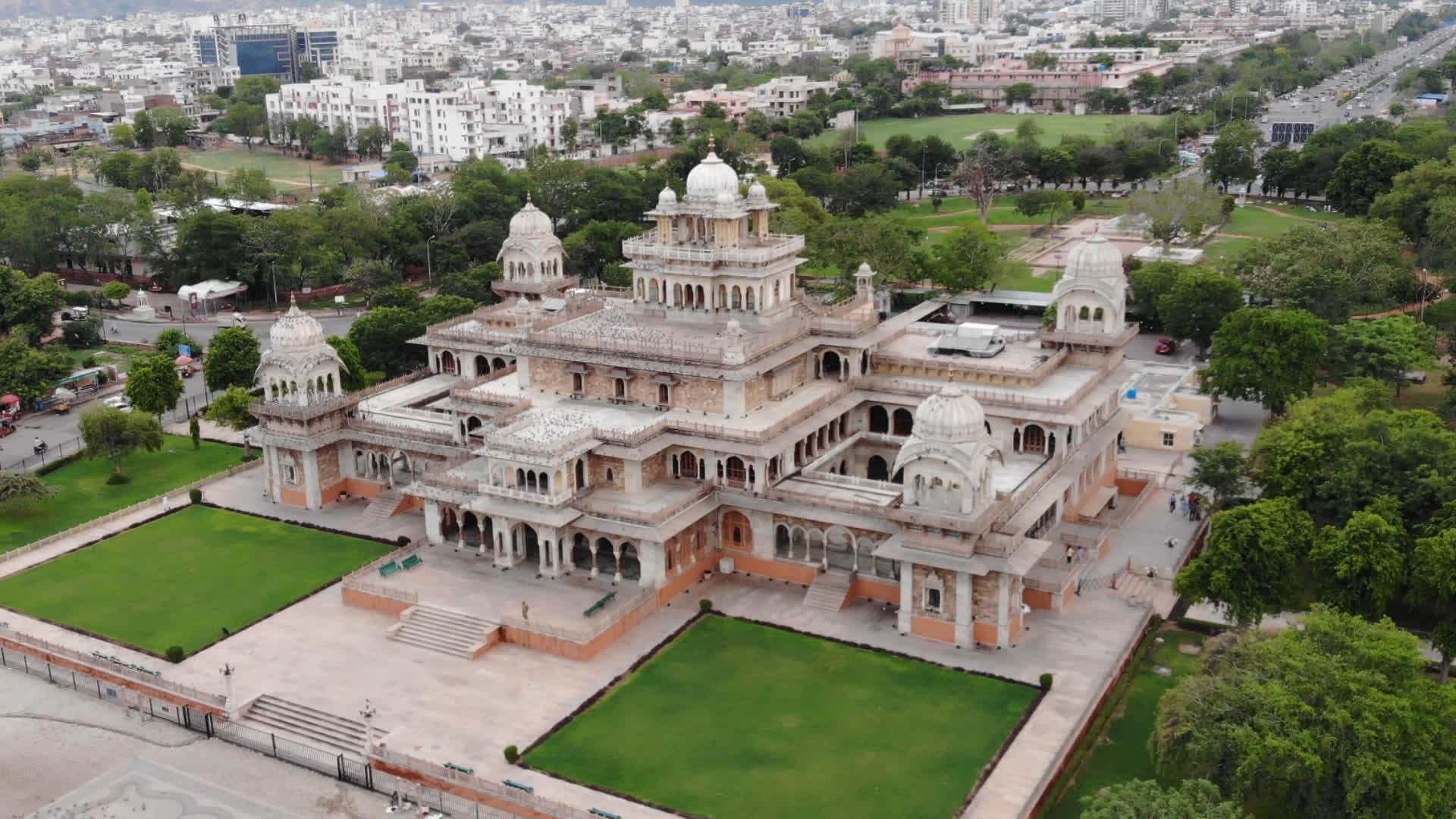 Opened in 1887 as a new Town Hall for Jaipur, it was later converted into a museum by Maharaja Sawai Madho Singh. It is the oldest museum in Rajasthan. 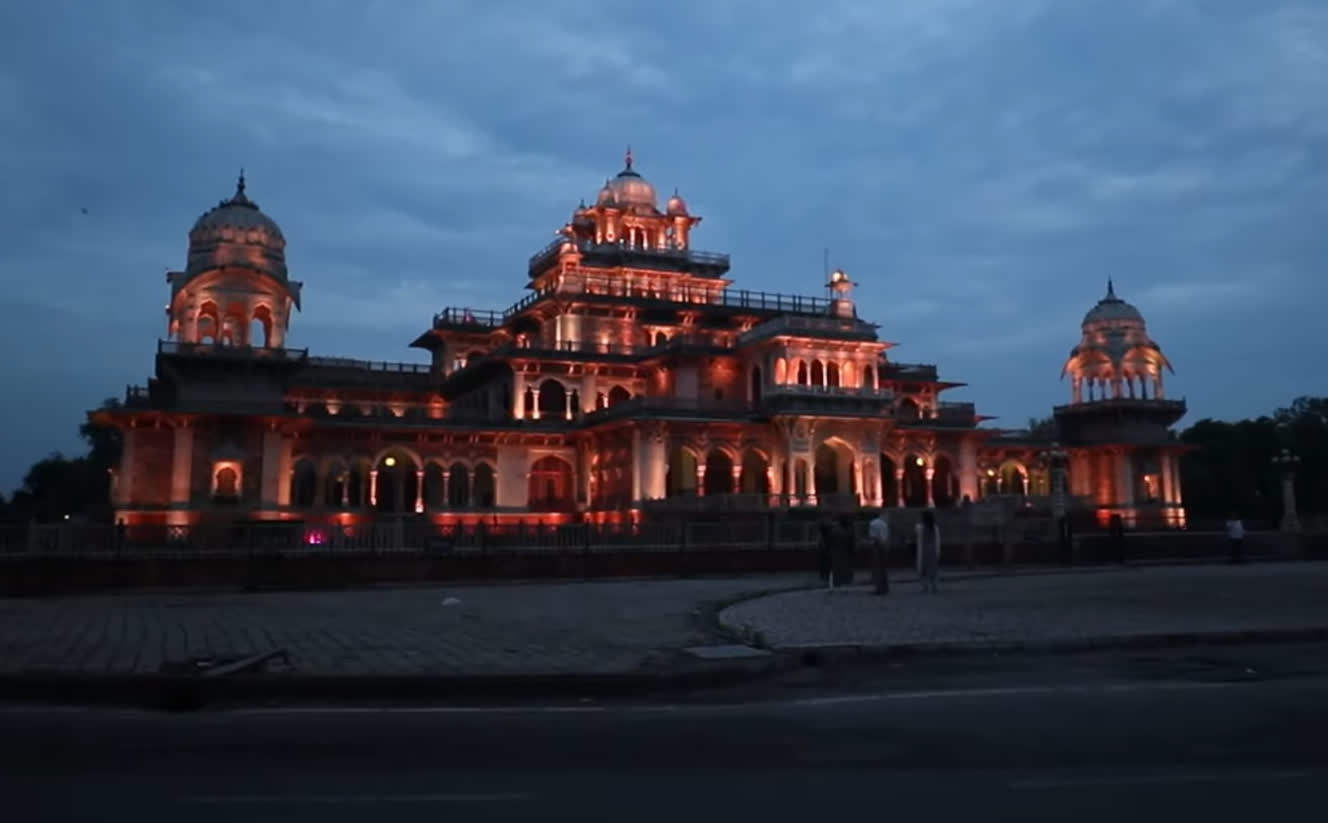 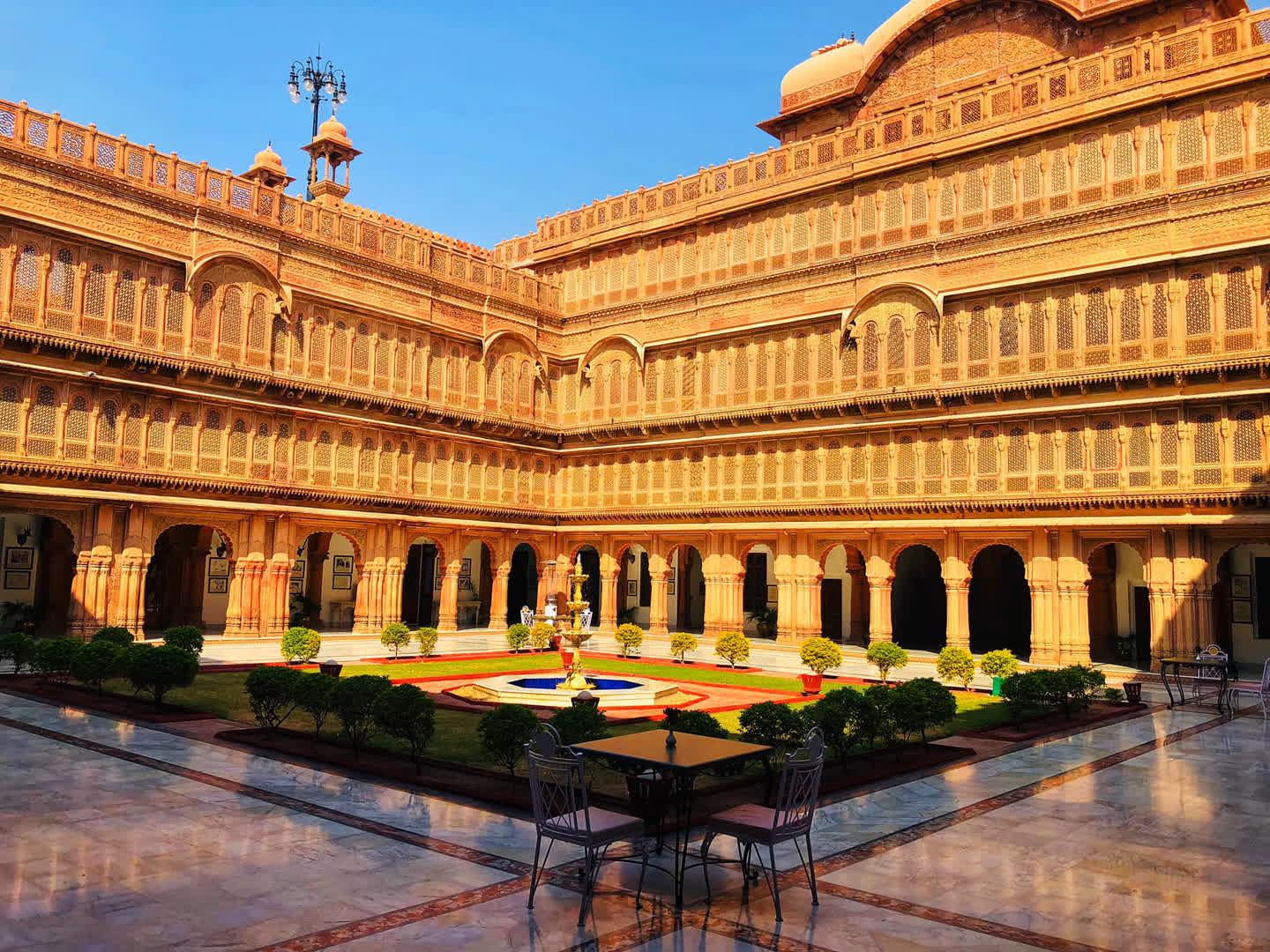 This royal palace was commissioned by Maharaja Sir Ganga Singh of Bikaner and was arranged around two courtyards with the first and most impressive wing, Laxmi Niwas, completed in 1902. The remaining three wings were built in stages. 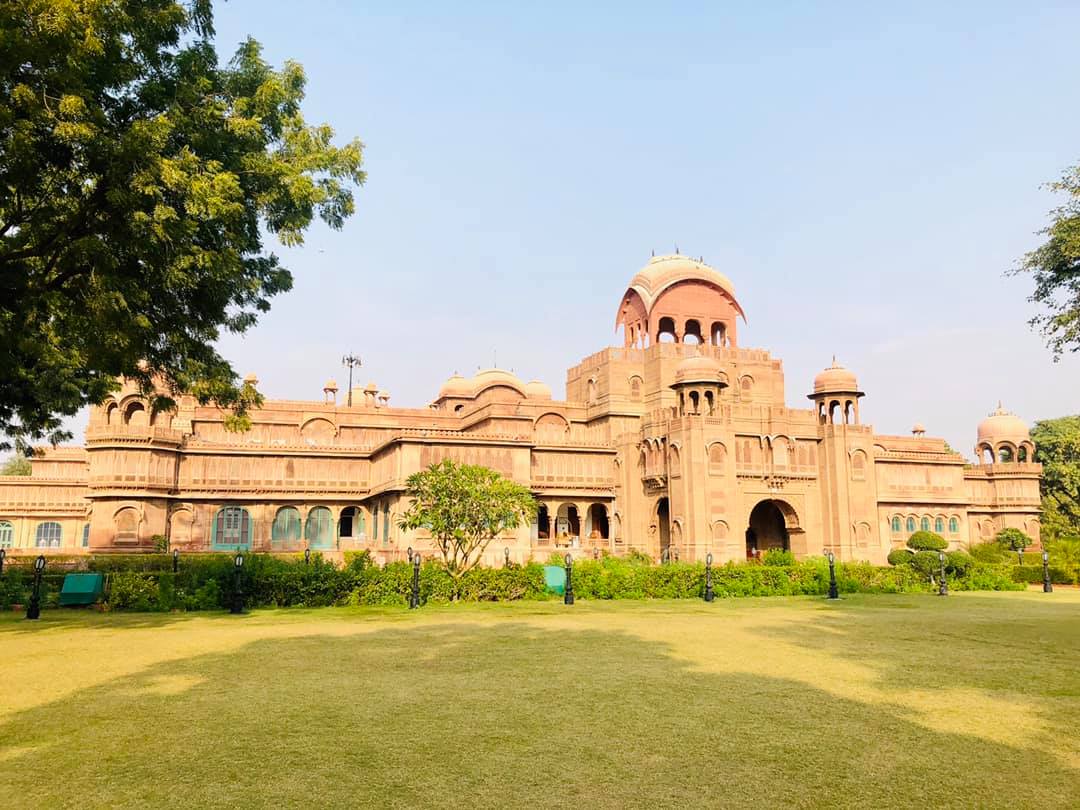 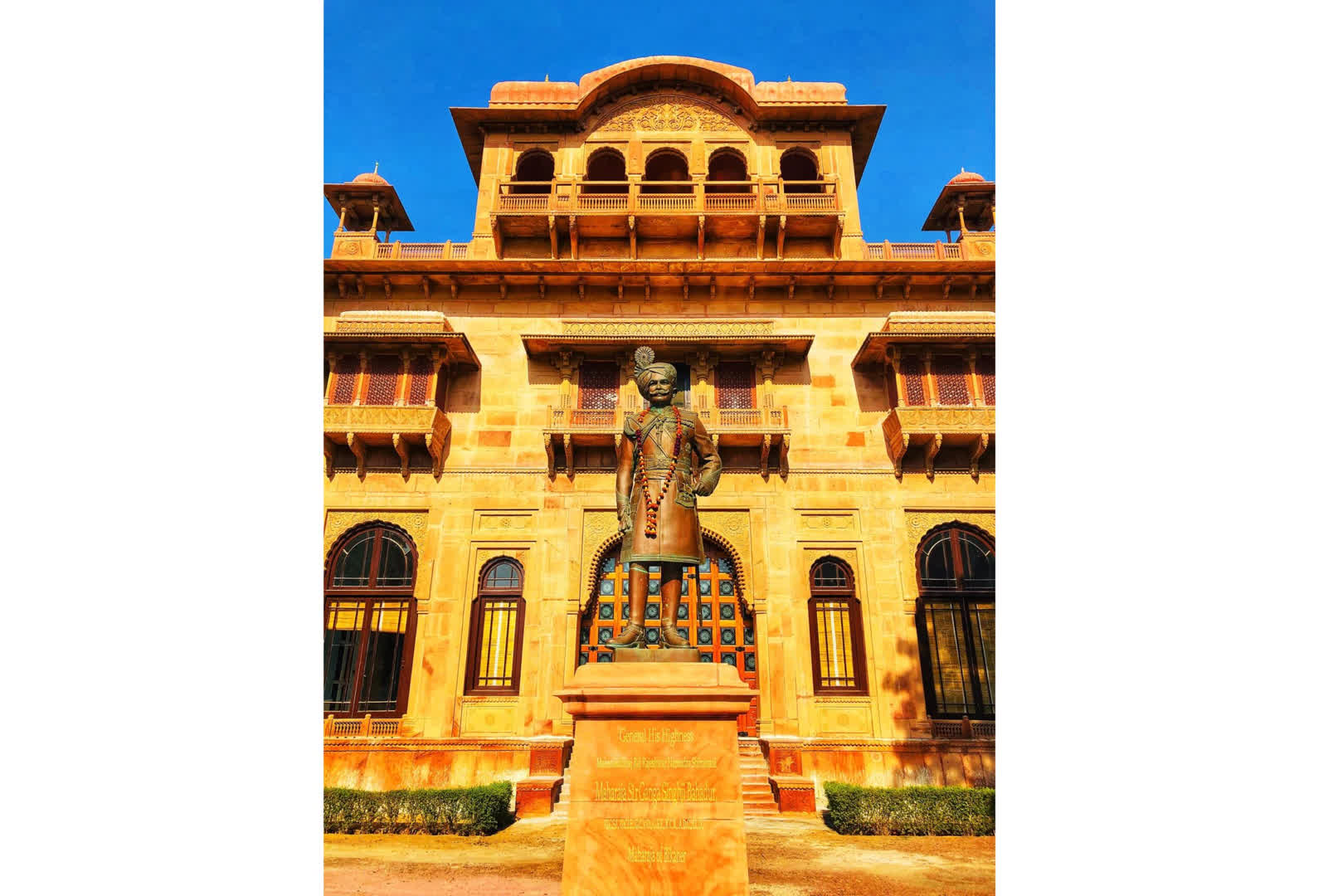 A statue of Maharaja Gaj Singh of Bikaner | Author

Jacob designed a very ornate and opulent residential palace complex for Maharaja Umed Singh II of Kota. This was probably the only residential building designed by Jacob. 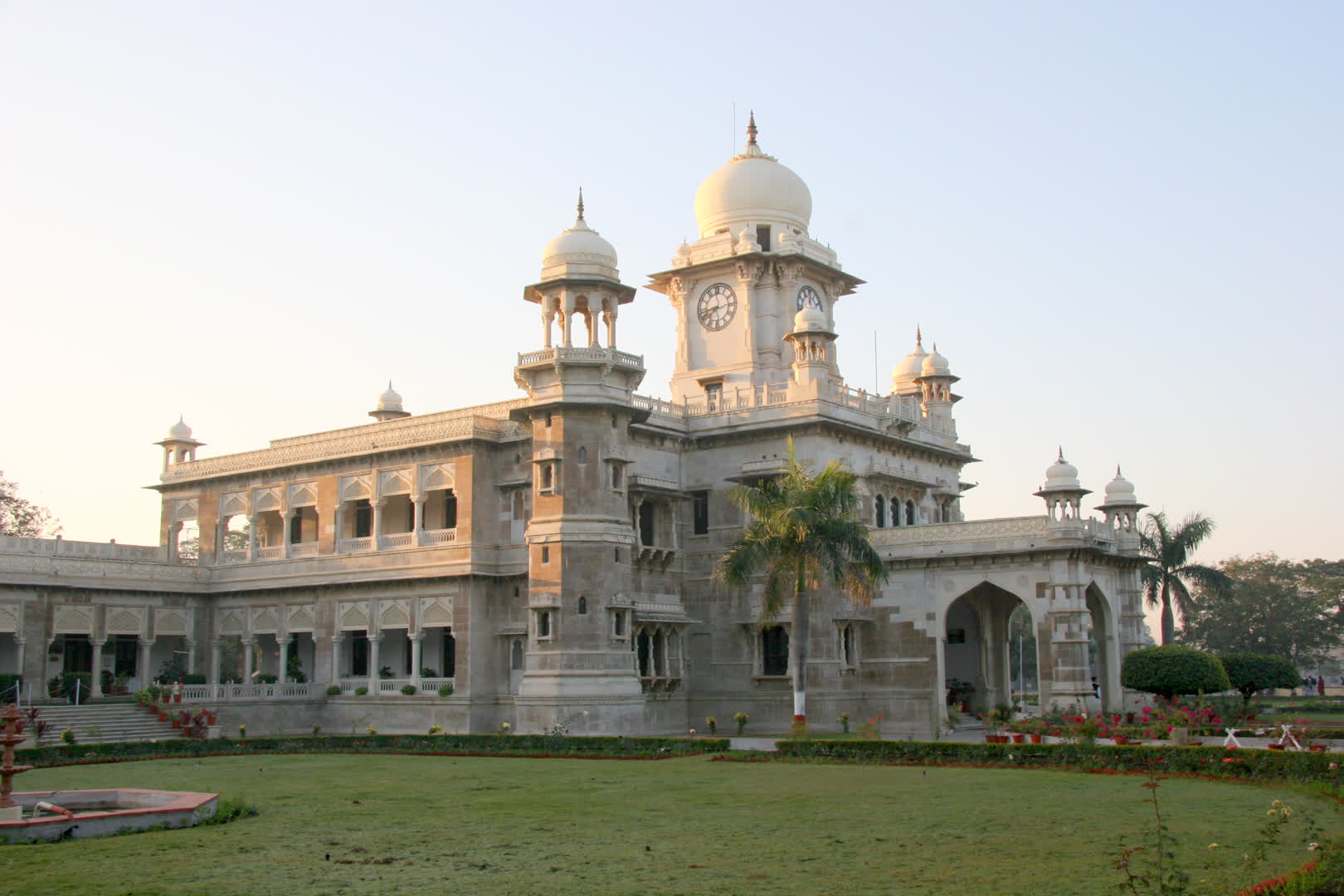 Founded in 1870 by Sir Henry Daly, Agent of the British Raj to the State of Indore, this was the Residency School and was later renamed to honour the contribution of Sir Henry Daly. It was expanded by Jacob in Indo-Saracenic style in 1906. 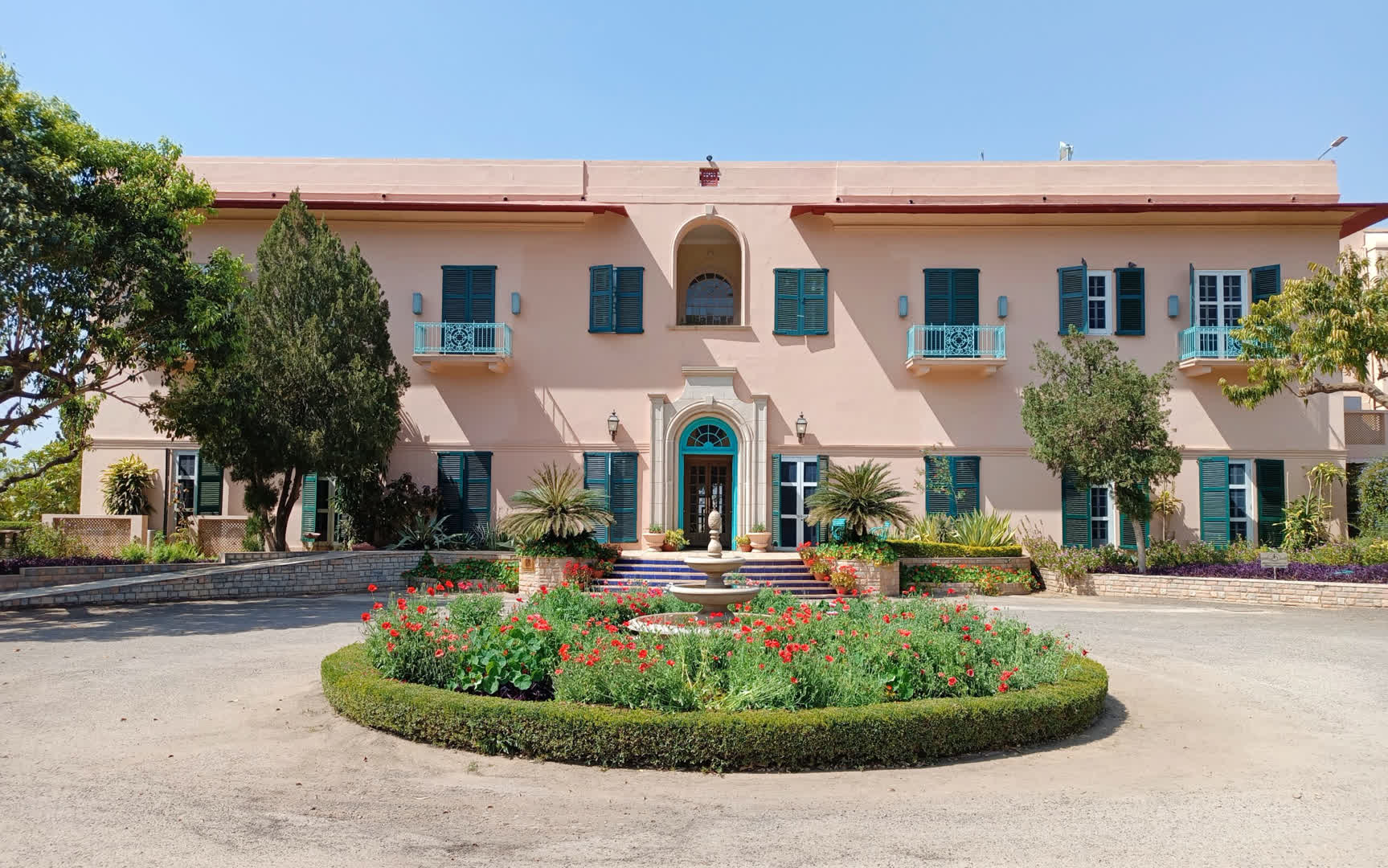 Main facade of the Ramgarh Lodge

The Ramgarh Lodge was built by Jacob in 1920 on the barrage of the Ramgarh dam. It hosted international guests such as Prince Charles and Jacqueline Kennedy and was the favourite home of Maharaja Man Singh II and his third wife, Maharani Gayatri Devi. 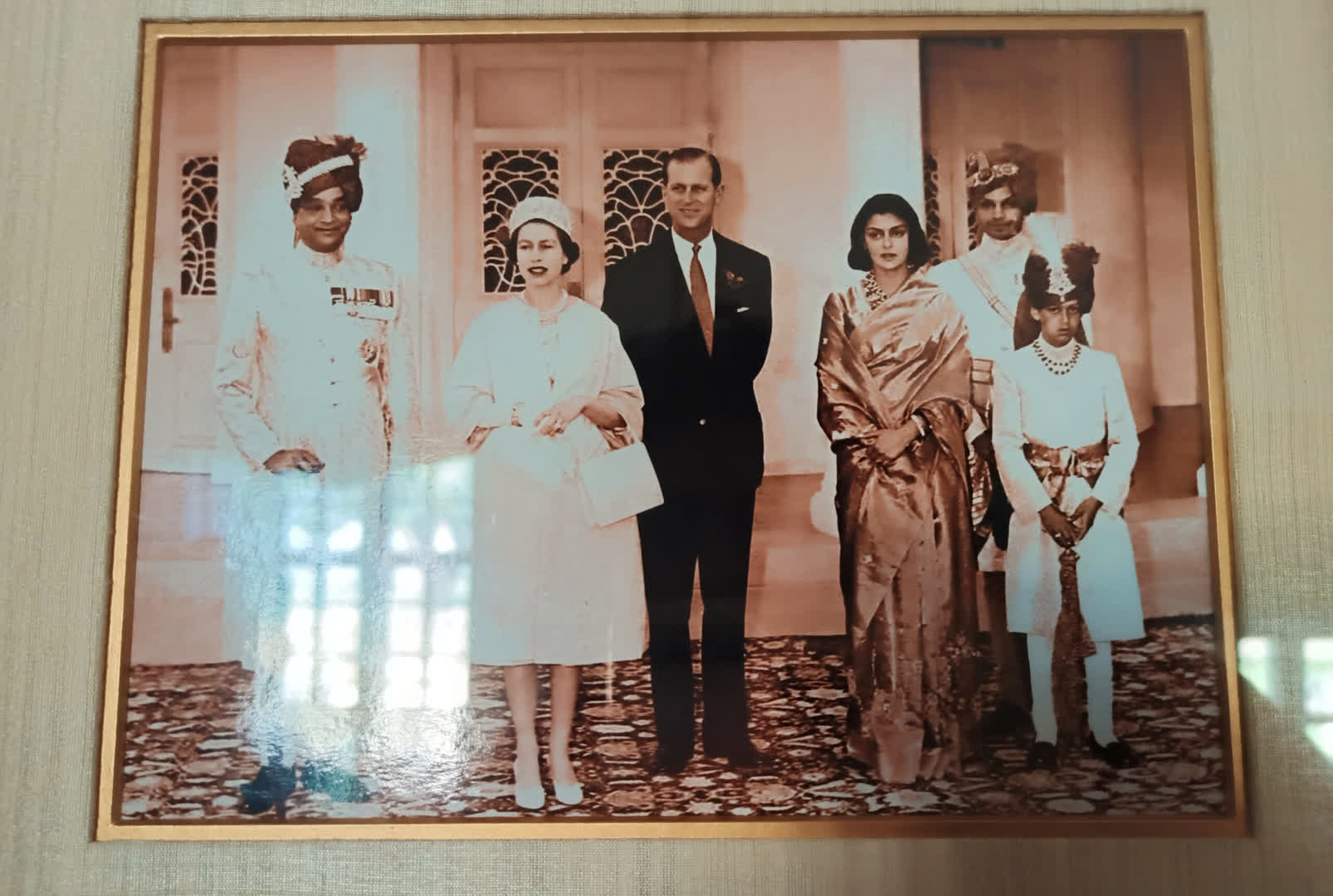 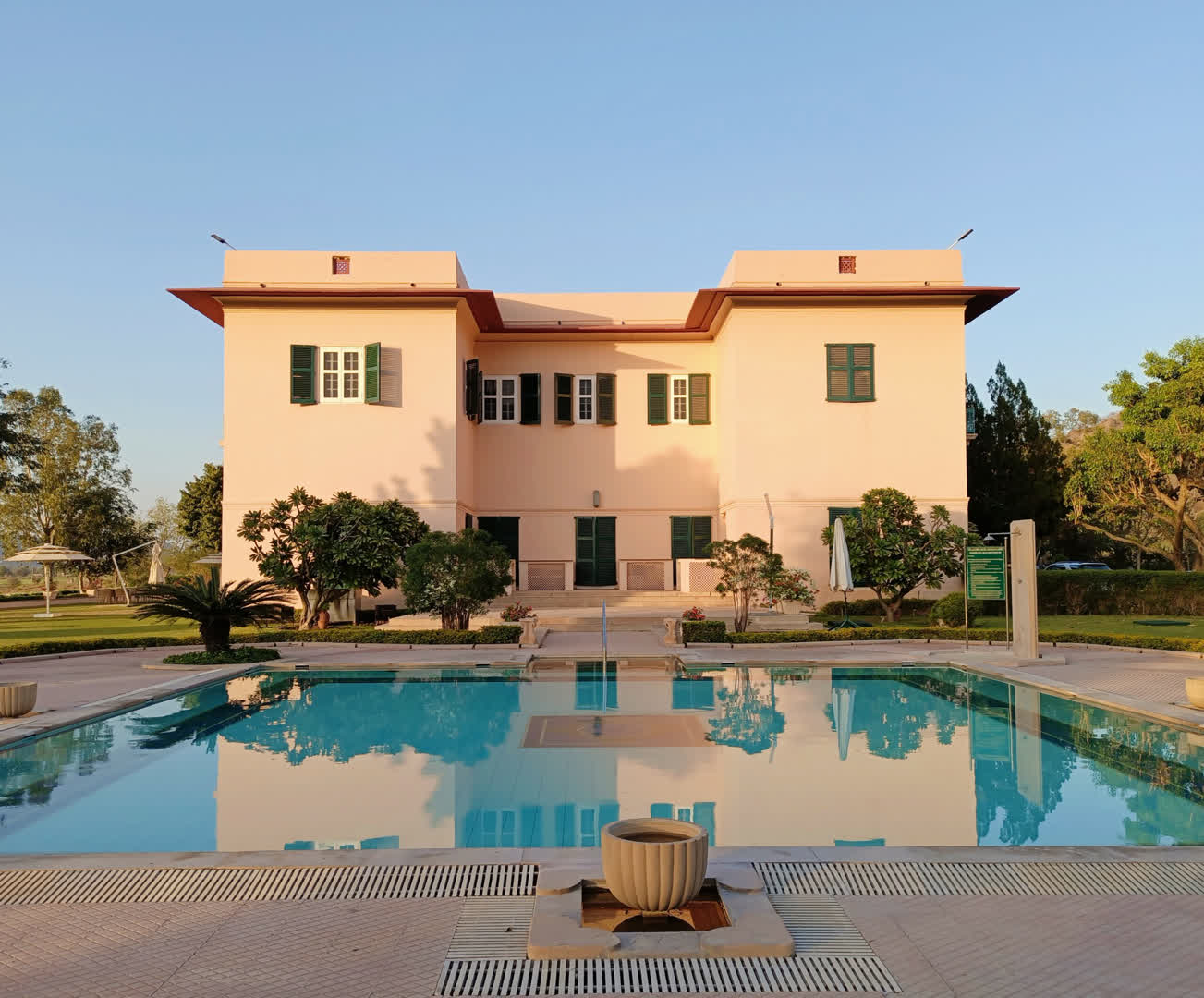 Pool and Side View of Ramgarh Lodge 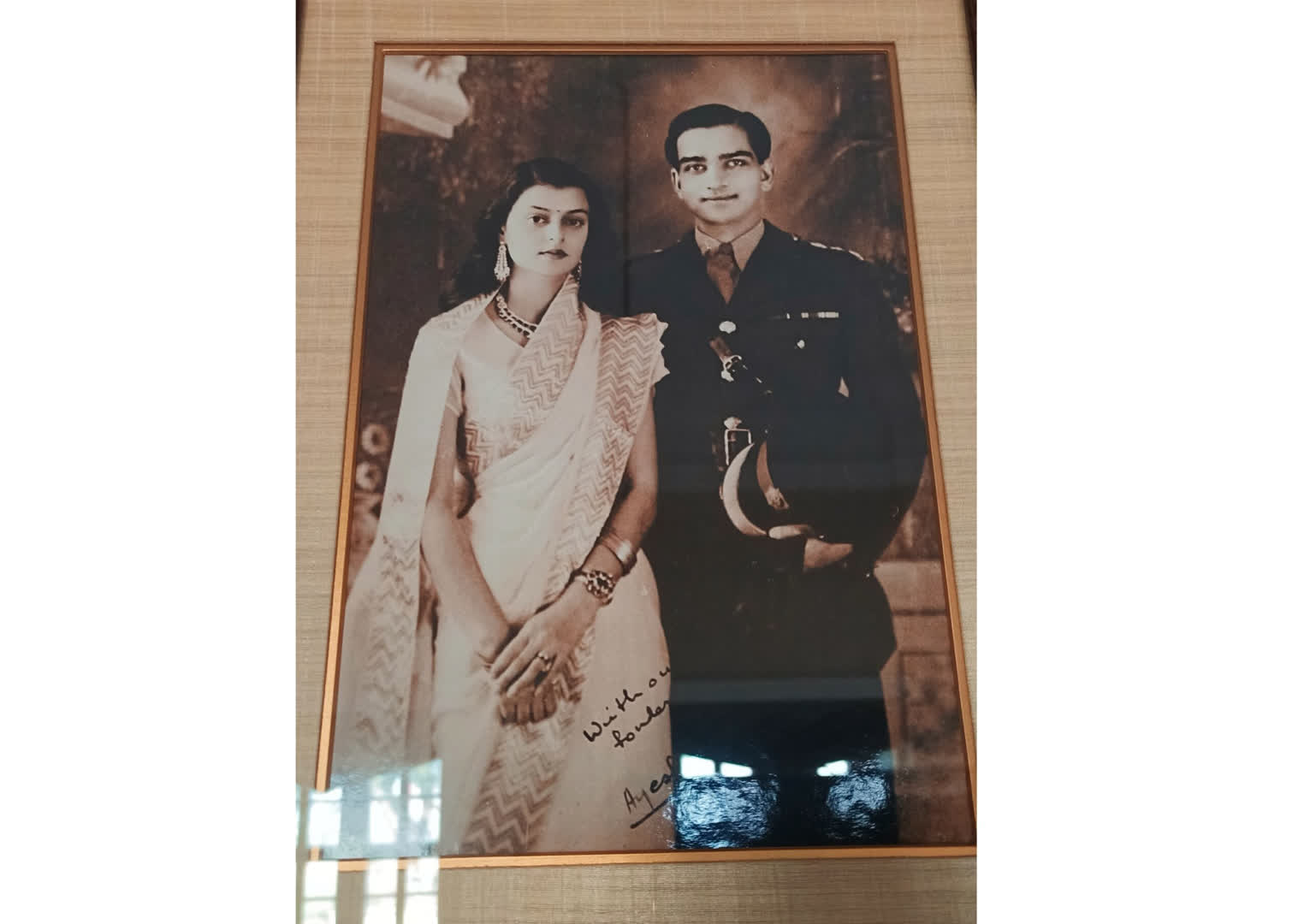 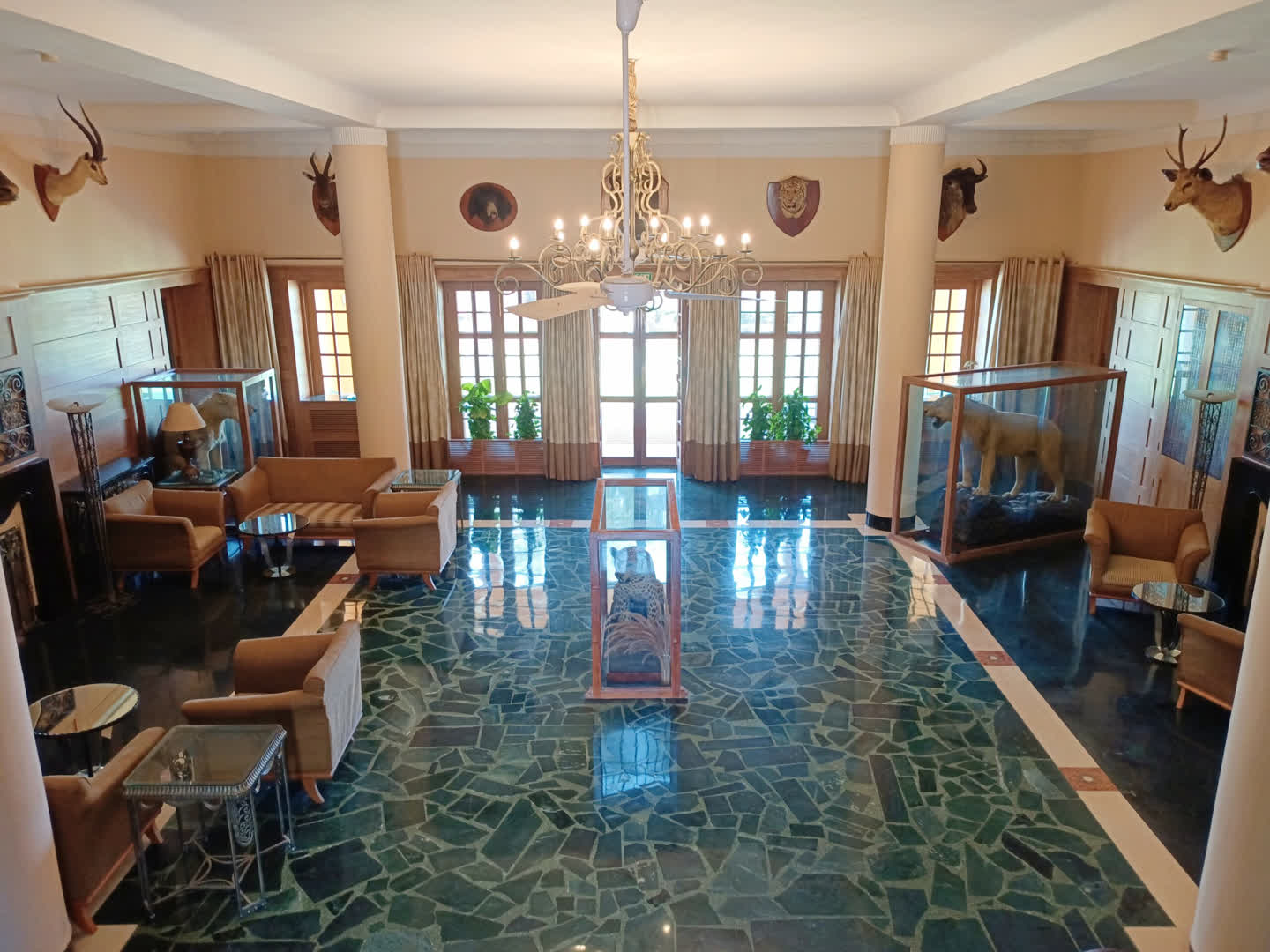 Reception area of the Lodge | Author 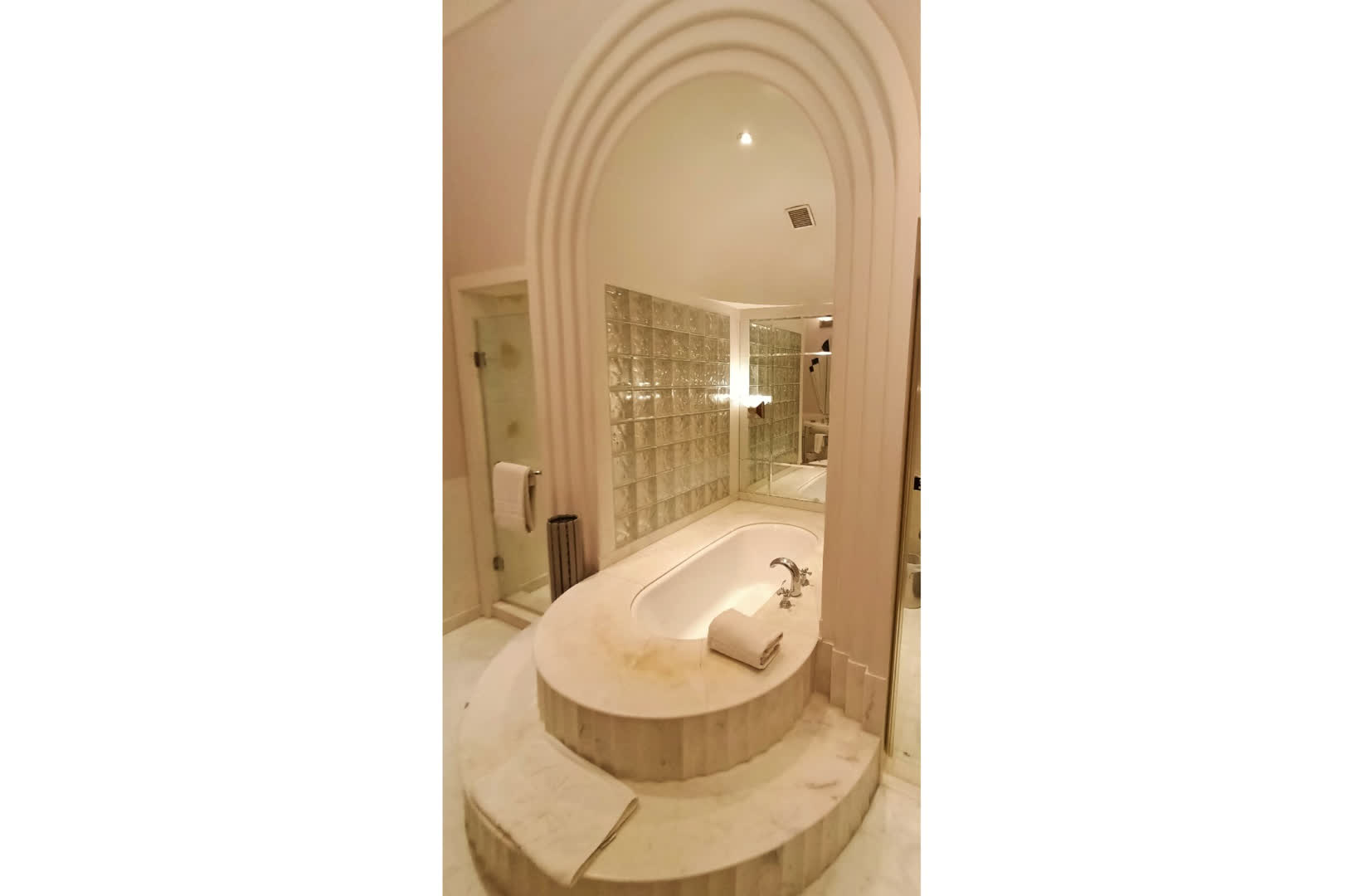 Its fabulous bathroom and marble bathtub merit special mention as they were constructed especially for Maharani Gayatri Devi. The lodge is a heritage hotel today.

After he retired, Jacob returned to England in 1913 and died four years later, but not before he touched the lives of countless farmers, students and citizens who benefitted from his many magnificent projects.

One of the earliest Indian shipping companies was launched by a Tamil lawyer who wanted to topple the monopoly of the British over maritime operations in India. On World Maritime Day today, we celebrate the legacy of V O Chidambaram Pillai, who had just one message for the British – ‘ship out’

The idyllic town of Chaul on the west coast of Maharashtra was known globally as a thriving port in medieval times. Once coveted by almost every invading power, both local and foreign, the town is giving up its secrets, only very reluctantly