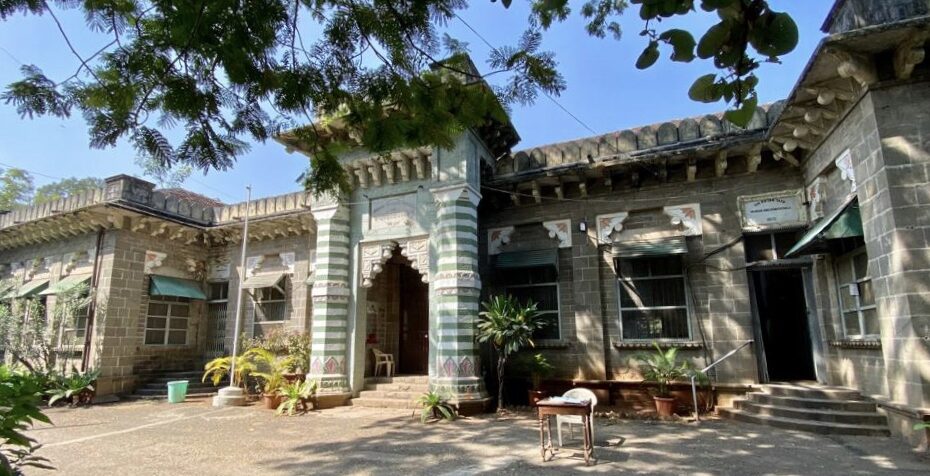 In a quiet, leafy campus in Pune, epochs are colliding in wonderful ways. Cutting-edge technology is making manuscripts relating to the Rig Veda, the oldest of the Vedas, available digitally on request. Also available will be the oldest-known paper document in Maharashtra, a medicinal treatise that dates to the 14th century CE.

These priceless literary works are part of a collection of 28,000 rare manuscripts preserved at the Bhandarkar Oriental Research Institute (BORI), a leading centre of Oriental studies in the country. Once the digitisation project is complete, every one of these manuscripts and around 1.35 lakh books will be available to access in digital form.

Located in the heart of Pune, the story of the institute is tied to Ramakrishna Gopal Bhandarkar, the renowned Orientalist and Indologist after whom it is named. 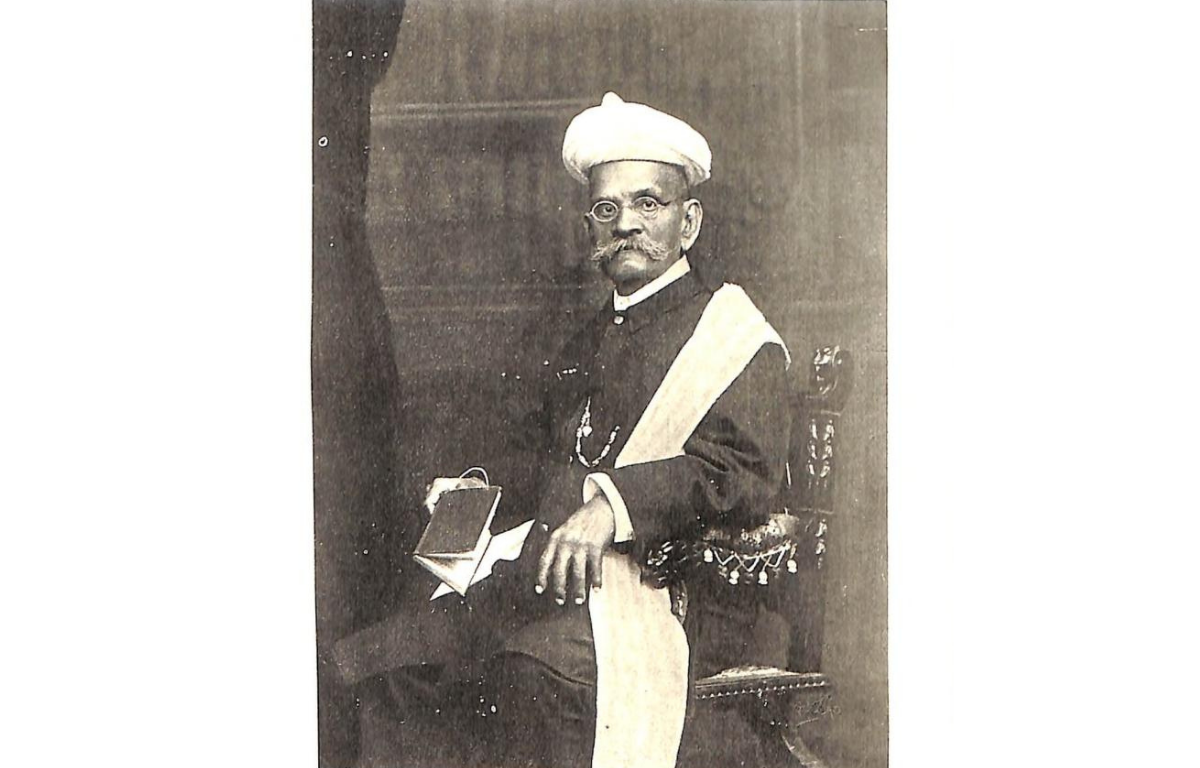 Bhandarkar was born in Sindhudurg district in Maharashtra, in 1837. He schooled in Ratnagiri and graduated from Elphinstone College in Bombay, where he also taught Sanskrit. He was later appointed Professor of Oriental Studies at Deccan College, Pune, the first Indian to hold this position at the institute.

But Bhandarkar was more than an educator and a scholar. He was also a social reformer and founding member of the Prarthana Samaj, an organization which challenged orthodox practices in Indian society.

The Search for Manuscripts 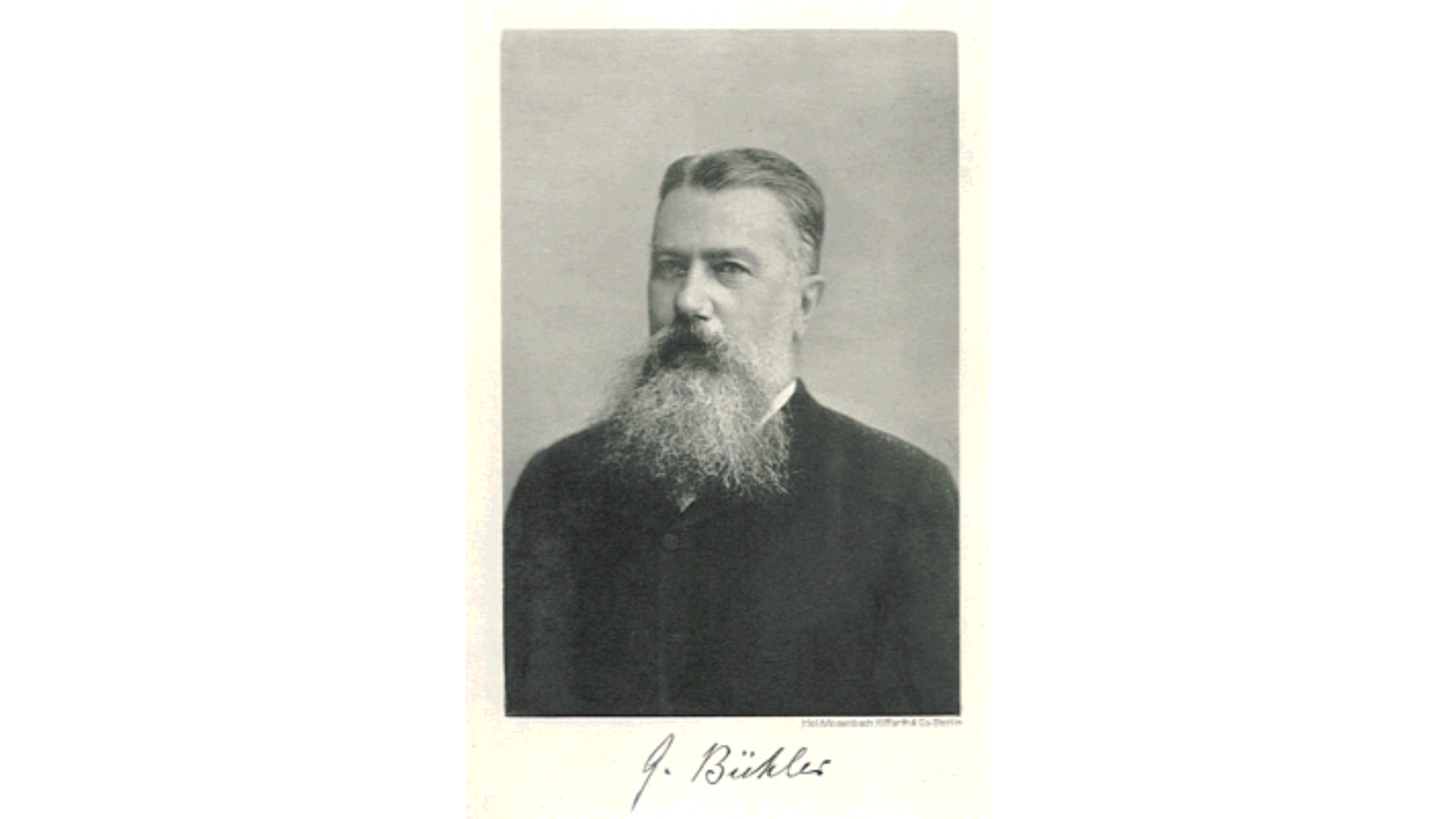 In 1866, the Government of Bombay realised that to study the history and literature of India, it needed authentic sources of information. So it launched the Indian Manuscript Collection Project headed by German scholars Georg Bühler and Franz Kielhorn, professors at Elphinstone College, Mumbai, and Deccan College, Pune, respectively. They were to track down rare manuscripts from all sorts of places like temples, maths and even the homes of people.

Most people were unwilling to part with these, while some refused to even show their collections to these scholars. People were sceptical about the real intentions of the government. Nevertheless, from 1868 to 1880, Bühler and Kielhorn managed to assemble thousands of manuscripts from various sources, such as priestly families and the Jain bhandars (monastic libraries) of Gujarat and Rajasthan.

After Bühler and Kielhorn retired from their teaching positions, Bhandarkar took their mission forward. Then a professor at Deccan College, he travelled across the Bombay Presidency, which included present-day Maharashtra, Gujarat, Goa, northern Karnataka and other regions, and managed to collect as many as 2,500 manuscripts.

By the early 20th century, the collection swelled to a whopping 17,000 manuscripts, which covered a wide variety of subjects such as medicine, religion, philosophy, literature and drama, among others. They were written in Sanskrit, Prakrit, Persian and other languages. 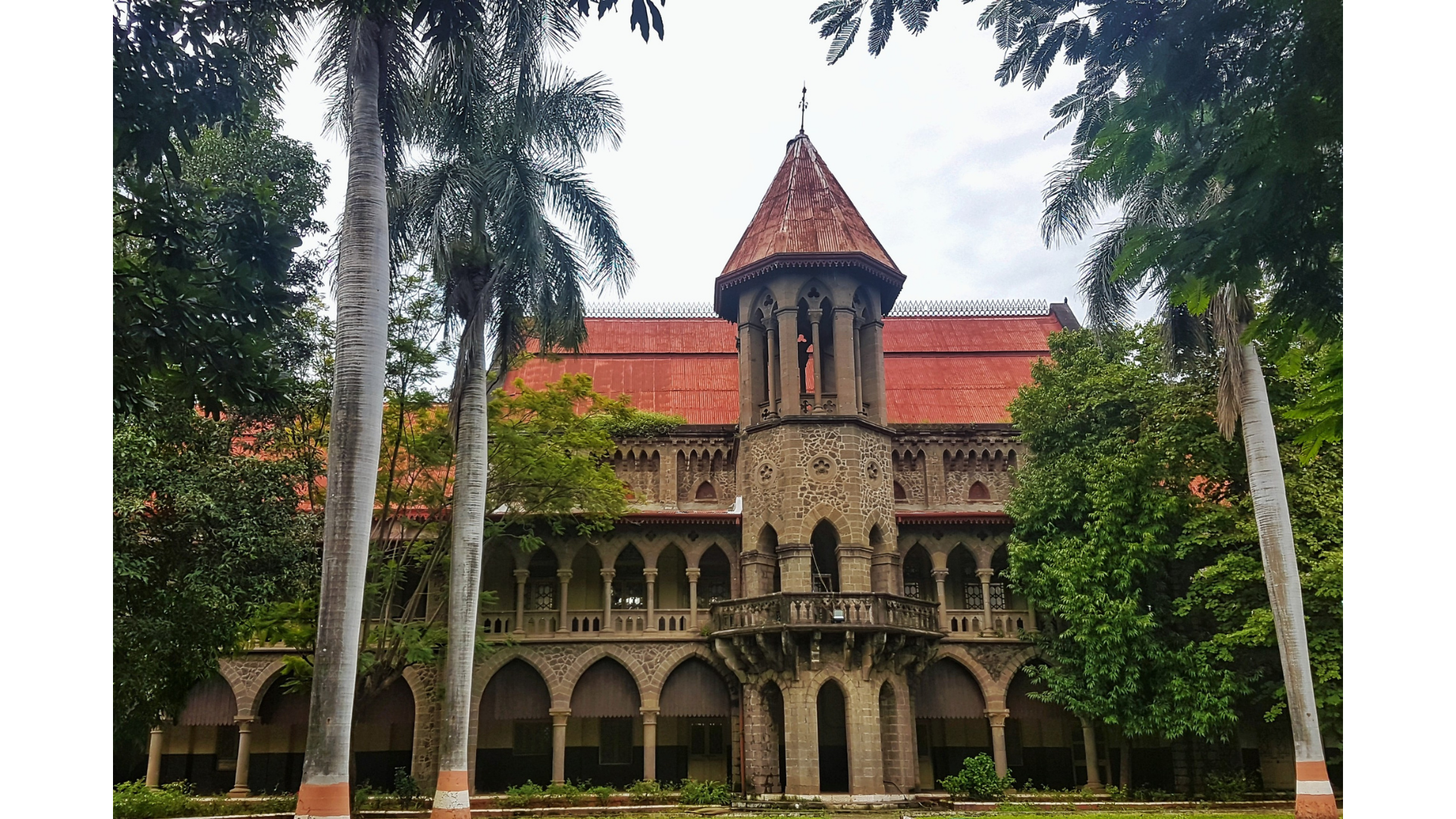 Initially, these manuscripts were housed at Elphinstone College in Mumbai but the humid climate of the city posed challenges to their preservation and the collection was shifted to Deccan College in Pune.

Around this time in Pune, the need was felt to set up an institute focused on Oriental studies, one that would facilitate systematic research. As a result, in 1915, a committee was set up by a group of Bhandarkar’s students and admirers, who decided to establish an institute that would commemorate his life and work. The idea was to be a resource for scholars.

Led by this committee, aided by generous donations from philanthropists and some help from the government, a 10-acre plot was purchased for the new institute. Eventually, on Bhandarkar’s 80th birthday, on 6th July 1917, the Bhandarkar Oriental Research Institute was established.

It was not a moment too soon, for the Deccan College was finding it increasingly challenging to preserve the growing collection of manuscripts. Dr Amruta Natu, Assistant Curator at BORI, tells Live History India: “Since this was the time of World War I, the British government could not allocate funds to the college for the upkeep of the manuscripts.”

Thankfully, the collection could be transferred to BORI once the institute constructed a fireproof hall for the preservation of the manuscripts. In 1922, a precious record of India’s history found a permanent home. Over the years, the collection has grown from 17,000 manuscripts to 28,000.

Some of BORI’s Most Valuable Manuscripts

Upamitibhavaprapapanchakatha: This is the oldest manuscript at the institute, dated to 906 CE. Written on tadapatra (palm leaf), it is a Jain manuscript and is a collection of tales and narratives associated with Jainism. The author or the scribe who wrote it is unknown. The manuscript was acquired by Bühler from a Jain bhandar in Gujarat.

Chikitsasarasangraha: Dated to 1320 CE, this is the oldest paper manuscript at the institute. It is a medicinal treatise written by someone named Vangasena. The manuscript, acquired from a private collector, establishes that paper was used in India in the 14th century. Interestingly, this is probably also the oldest-known paper available in Maharashtra.

Rig Veda: One of the most valuable manuscripts at the institute is a set of 30 that relate to the Rig Veda. While 29 of these are paper manuscripts, the most precious one, dated to 1551 CE, is written on bhurjapatra (birch bark), in the Sharada script. German scholar Max Mueller is said to have referred to these manuscripts for the revised edition of his translation of the Rig Veda. The manuscripts are so valuable that they have been listed in UNESCO’s ‘Memory of the World Register’, a list of some of the most important documents in the world. This set of manuscripts was among the 800 acquired by Bühler from Kashmir. 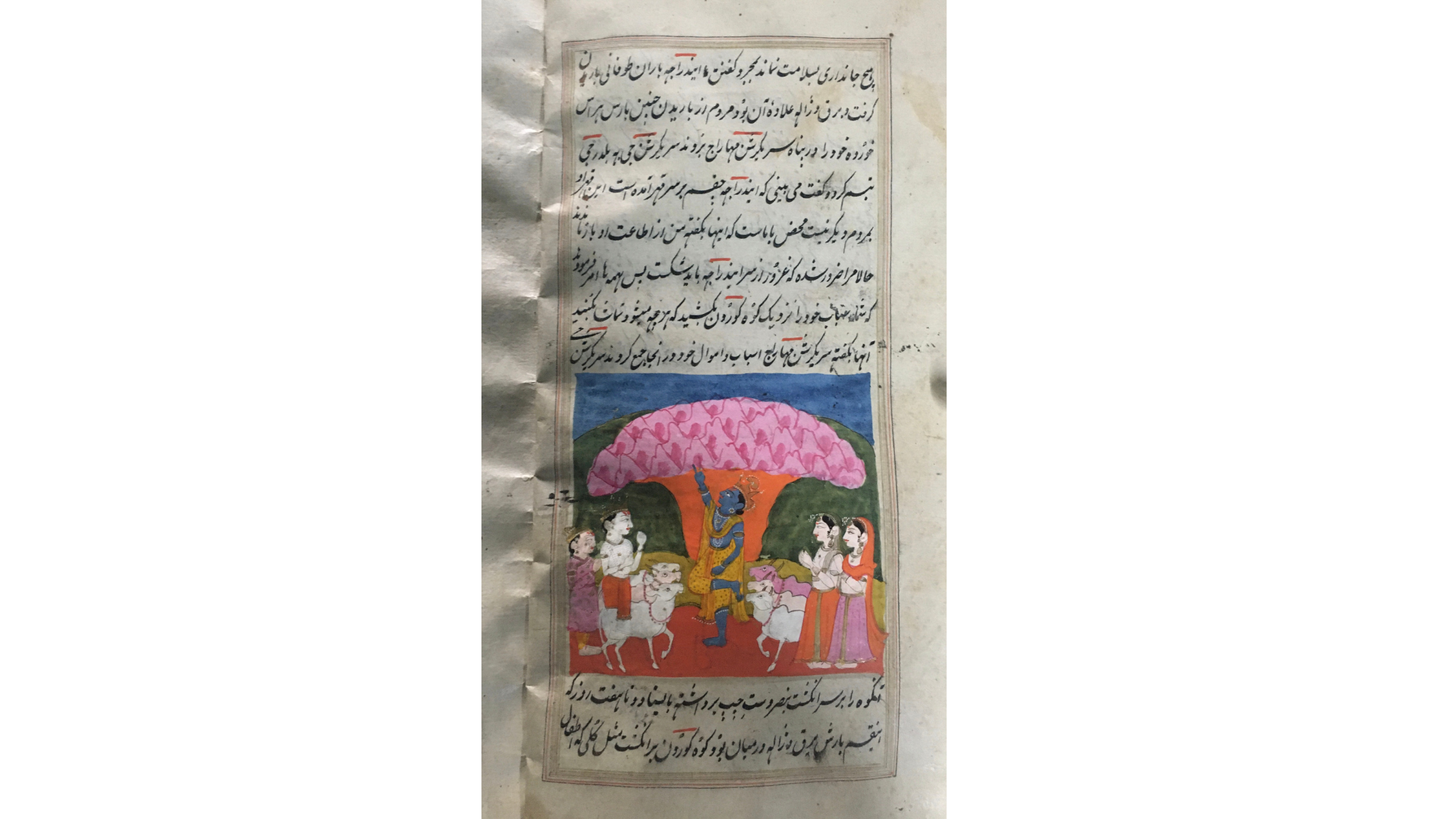 Bhagavata Purana in Persian: Another interesting manuscript acquired from Kashmir is the Persian translation of the Bhagavata Purana. The manuscript was commissioned by Mughal Emperor Aurangzeb’s brother Dara Shikoh, who was a renowned scholar. Although not dated, it probably belongs to the 17th century CE. The manuscript has many illustrations depicting scenes from the Bhagavata Purana, such as Krishna lifting the Govardhan mountain, Narasimha killing Hiranyakashipu and Krishna killing Putana. The illustrations appear to be in the Pahari style of painting. 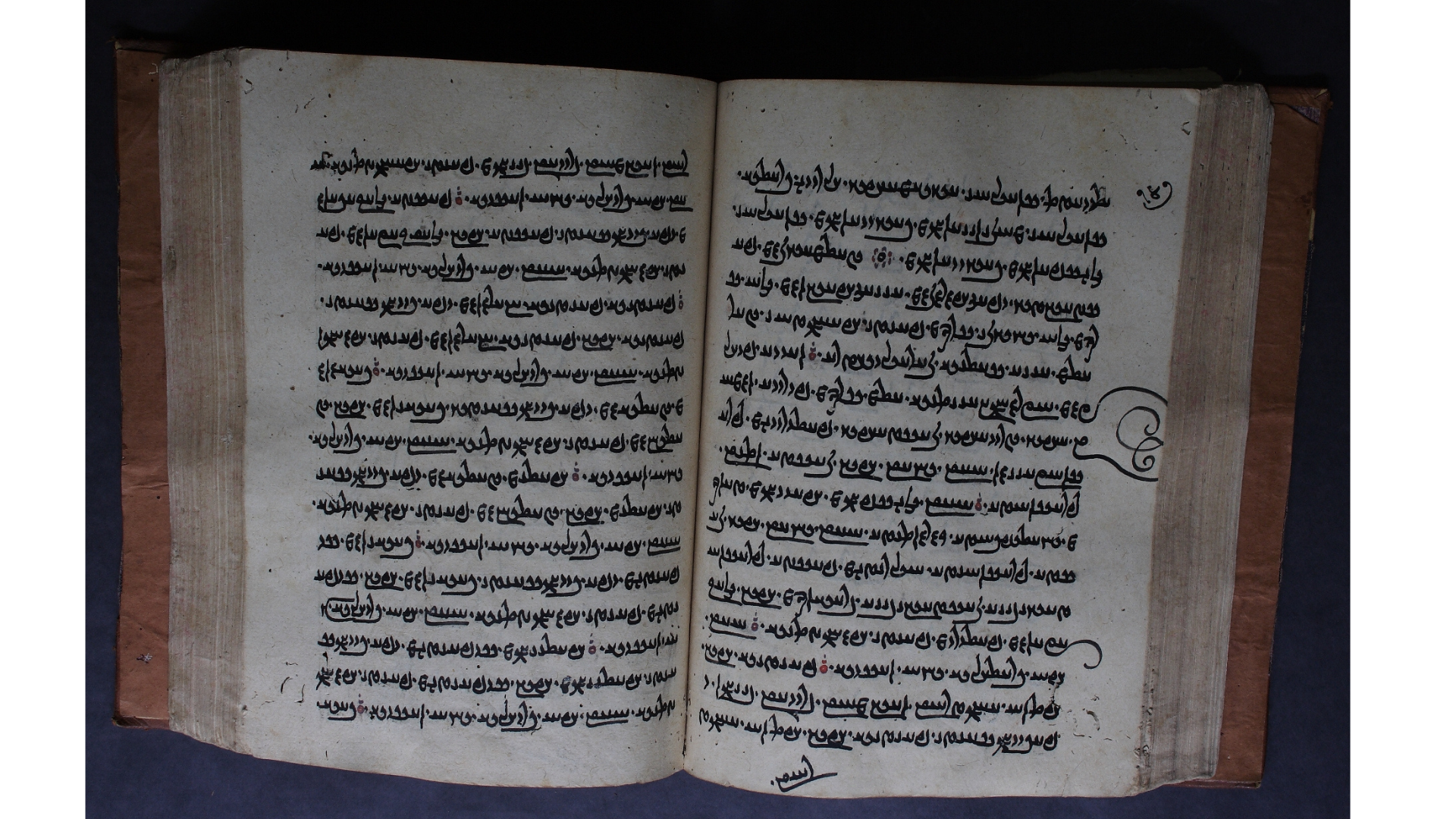 Avesta Manuscripts: The institute has an interesting collection of 100 Semitic manuscripts. Of these, 10 are manuscripts relating to Avesta, the sacred book of Zoroastrianism. They are around 200 years old. The manuscripts are an important source for Avesta studies. They were acquired from private collectors in Surat in Gujarat and Nagar in Maharashtra, in the 1920s.

Shahnama: Another important manuscript in the Persian collection is the Shahnama. Composed by the Persian poet Firdausi in the 10th-11th century CCE, this is an epic poem written for Sultan Mahmud of Ghazni. It contains the history of the rulers of the dynasty and is said to be one of the longest epic poems in the world. The manuscript contains numerous beautiful illustrations. It was acquired in the 1920s from a private collector in Gujarat.

Shivalilamruta: Probably one of the most fascinating manuscripts at the institute is the illustrated text of the Shivlilamruta. It is a Marathi text written by Shridhar Swami in 1820. It consists of the Shiv Mahatmya or the ‘Great Tales of Shiva’ including the story of Mahashivratri and other Puranic tales associated with Shiva. Illustrations in the Deccan style of painting, depicting scenes from Shiva’s life, an image of Trimurti (Brahma-Vishnu-Mahesh) and other gods and goddesses can be seen.

Interestingly, this is an incomplete manuscript – although the entire text is all there, the illustrations are incomplete. In the latter part of the manuscript, the images are either in the form of sketches or sketches with background colour only. Some images lack detailing while others have missing or incomplete borders. Dr Natu points out that all the stages of manuscript-making can be seen in this text. It gives us a glimpse into how manuscripts were made, written and painted. No one knows why this one was left incomplete.

Paryushana Kalpasutra: This is a Jain manuscript dated to Samvat 1515 (1458 CE). The Paryushan-Kalpasutra is one of the most widely circulated books in the Jain religion. It consists of the charitra (biography) of all the 24 Jain Tirthankaras. Interestingly, it is one of the oldest manuscripts of this text on paper.

Another interesting feature are the numerous illustrations in the manuscripts. They contain more than 90 beautiful illustrations in what is known as the ‘Jain miniature painting’ style. These were acquired from a Jain bhandar in Gujarat by R G Bhandarkar’s son S R Bhandarkar. 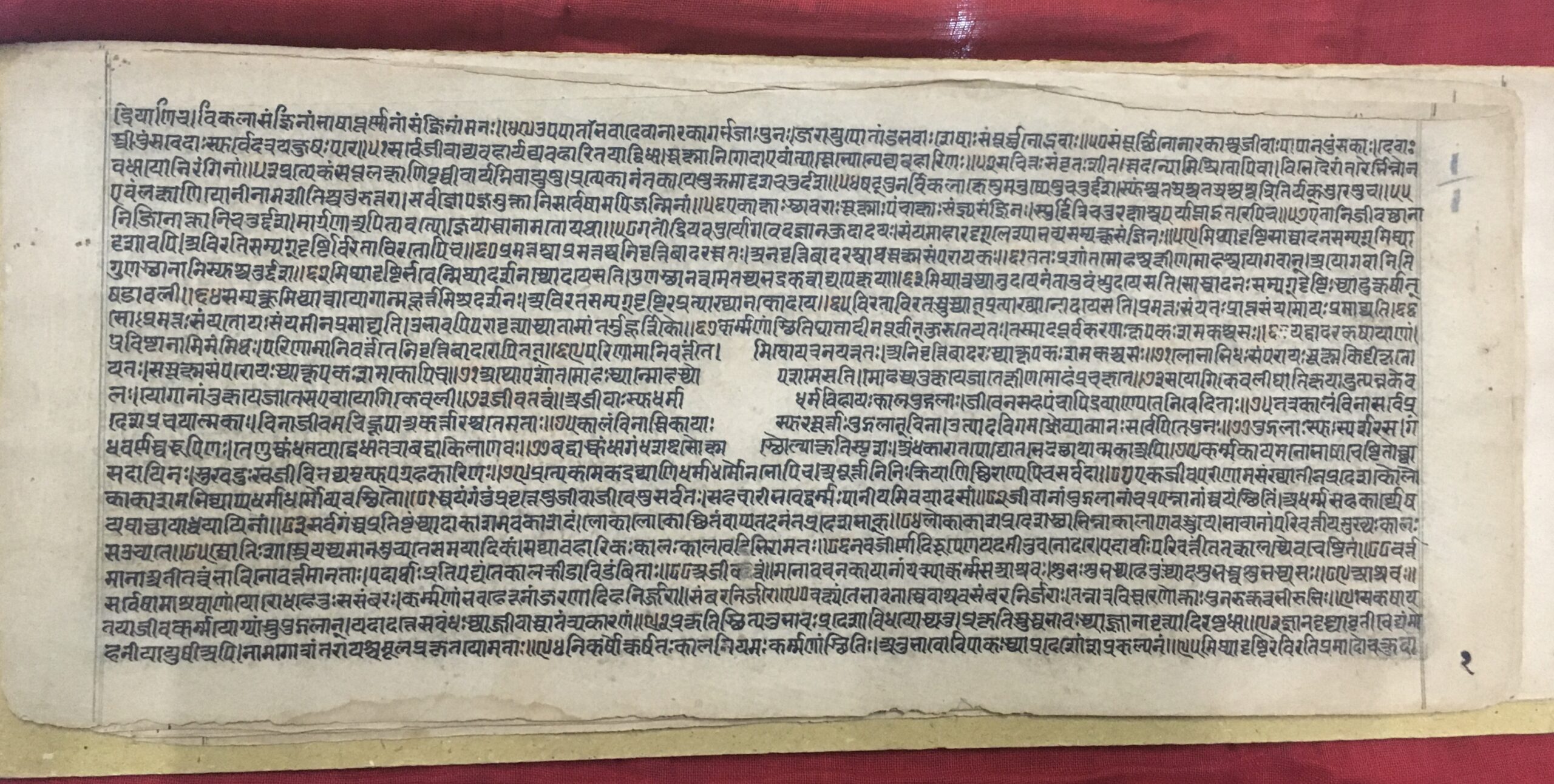 Yogashastrantaragata Shloka: This is an interesting manuscript at the institute which contains the shlokas from Yoga Shastra dated to 1413 CE. These shlokas are on the Jain Yoga Shastras, which are slightly different from Patanjali’s Yoga Shastra and are in keeping with the Jain tradition. While most of the other manuscripts are known for their illustrations, this is one of the finest works of calligraphy. It is written on paper in a very fine and extremely uniform handwriting, in the Devanagari script. This unique piece was acquired by R G Bhandarkar himself from a Jain bhandar in Gujarat in the early 19th century. 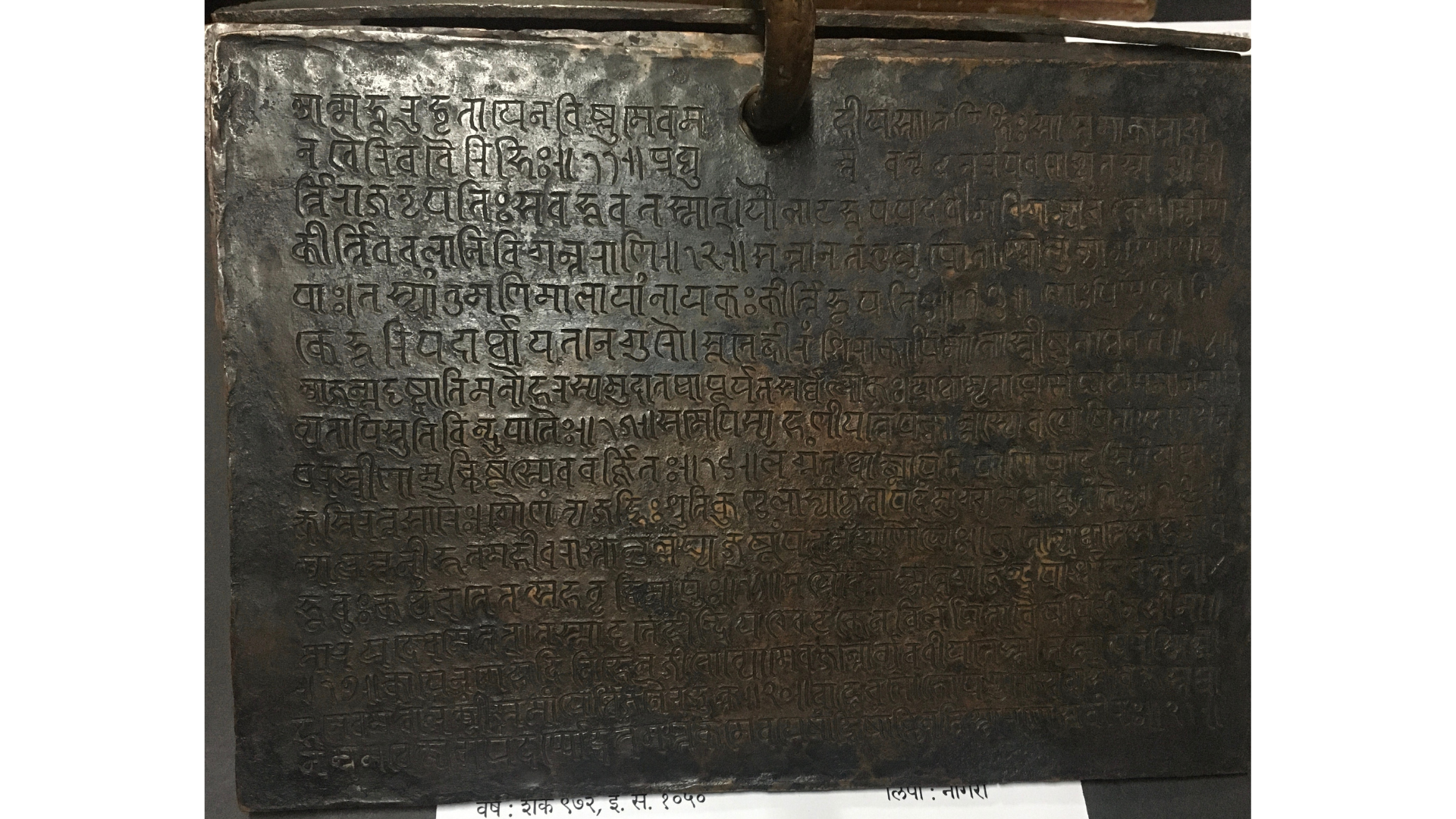 Apart from manuscripts, the institute has also preserved a few interesting artefacts. A silver ‘time locket’ of the Nizams of Hyderabad was acquired in the 1930s from the royal family, during the reign of the last Nizam. It contains photos of seven Nizams. Another interesting artefact is a copper plate dated to 1050 CE. It was issued in Gujarat by King Trilochanapala, the ruler of the Lat dynasty, which governed northern Gujarat. It mentions the donations made by the king to Brahmans.

With its in-person library readership dropping and the popularity of digital libraries increasing, BORI started digitizing its collection in 2016. While 13,000 manuscripts have been converted to digital form, 8,000 books of the 1.35 lakh in the institute’s possession have been scanned and digitally preserved.

Of the ongoing project, Dr Amruta Natu says: “We have scanned over 20,000 books. Only the oldest, rare books which are generally not available on any other platform and the ones unique to the institute are being digitized.”

The Bhandarkar Oriental Research Institute is intent on taking India’s history to a wider audience and the Covid19 pandemic presented an opportunity. “Since the beginning of the pandemic in 2020, we have been conducting online courses, which have drawn a positive response. People across the globe have been enrolling for our courses.” Ramakrishna Gopal Bhandarkar would have been so proud.

This article is part of a four-part series on some of the great libraries of India and the incredible collections they hold. The series has been commissioned in memory of Dr G R Dalvi and Mrs Ratan G Dalvi, by their son Nitin Dalvi. 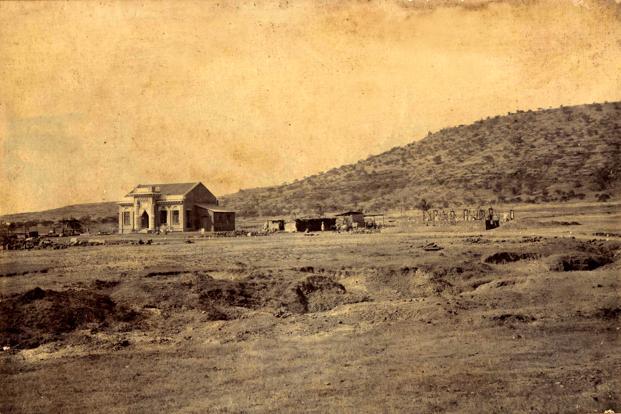 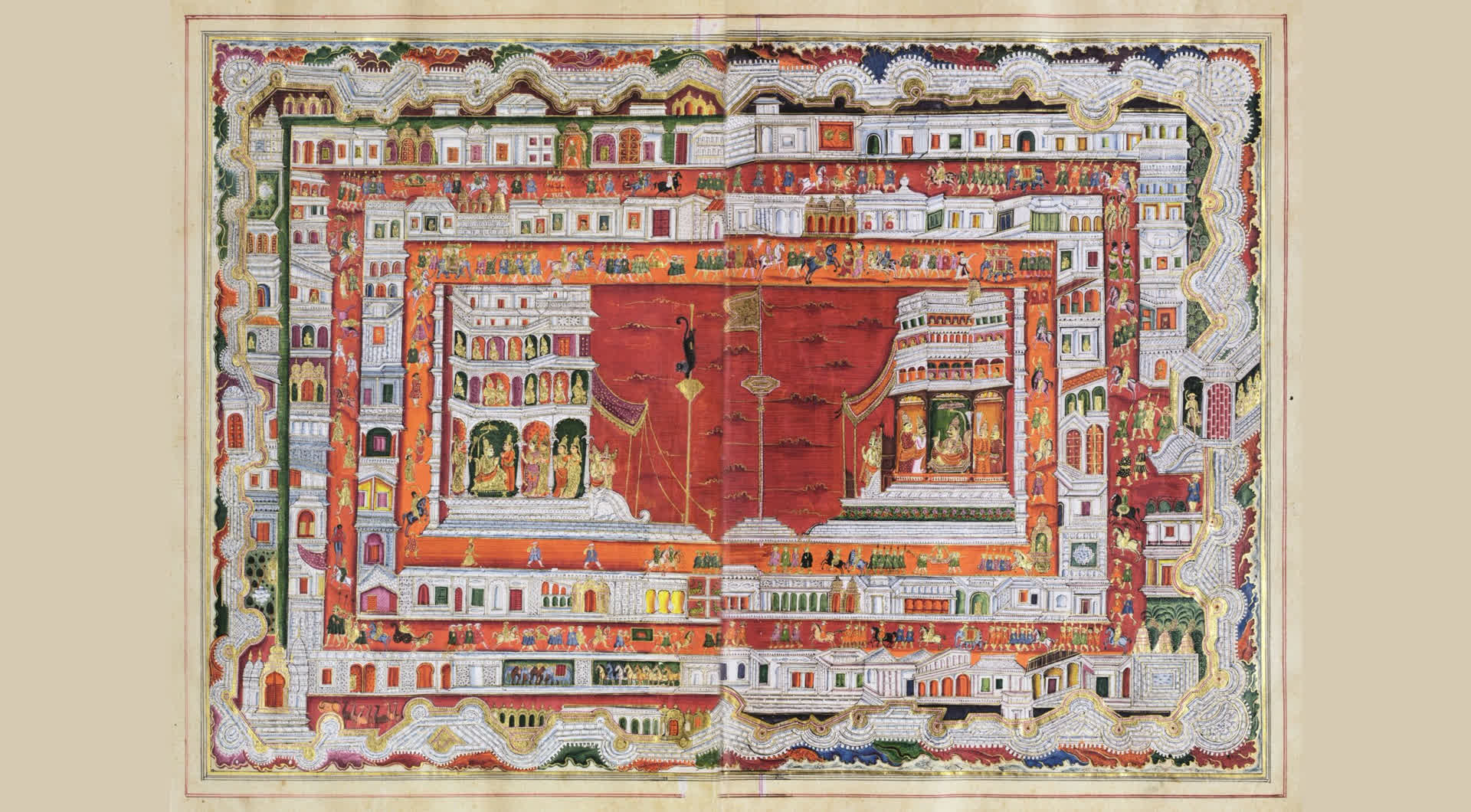 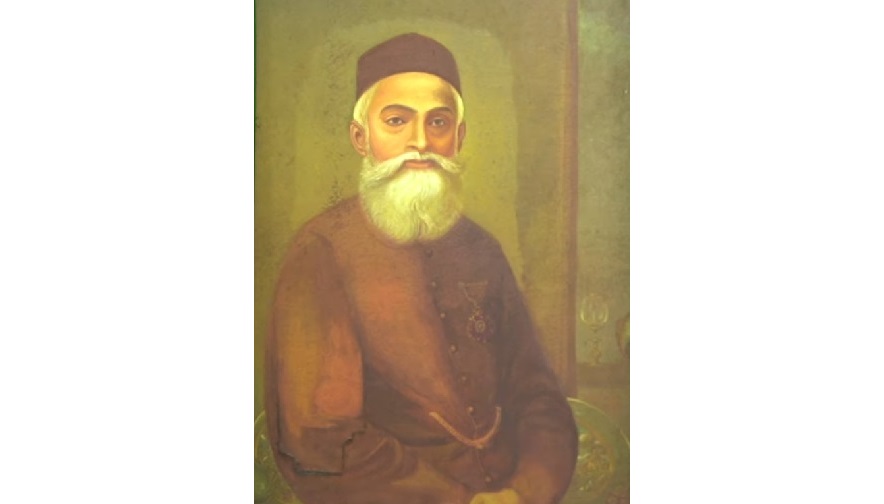 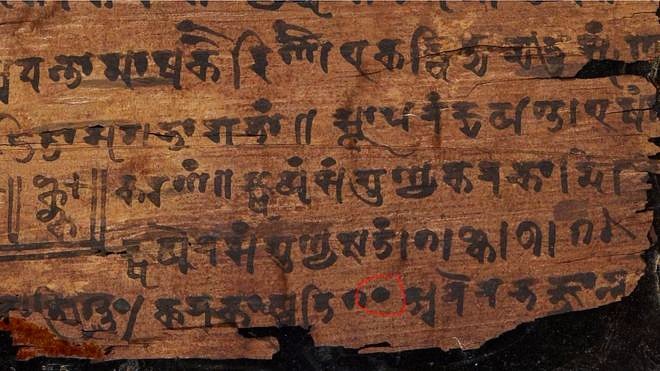 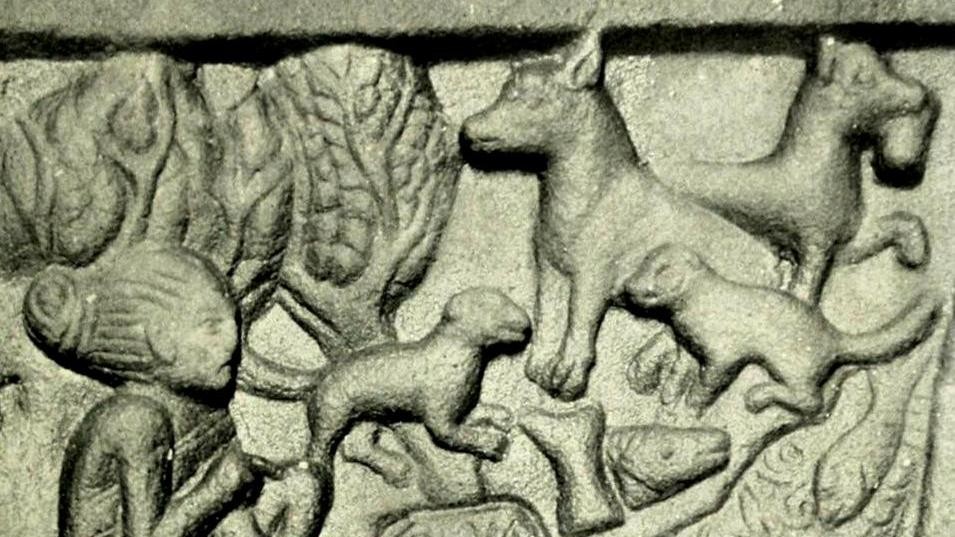 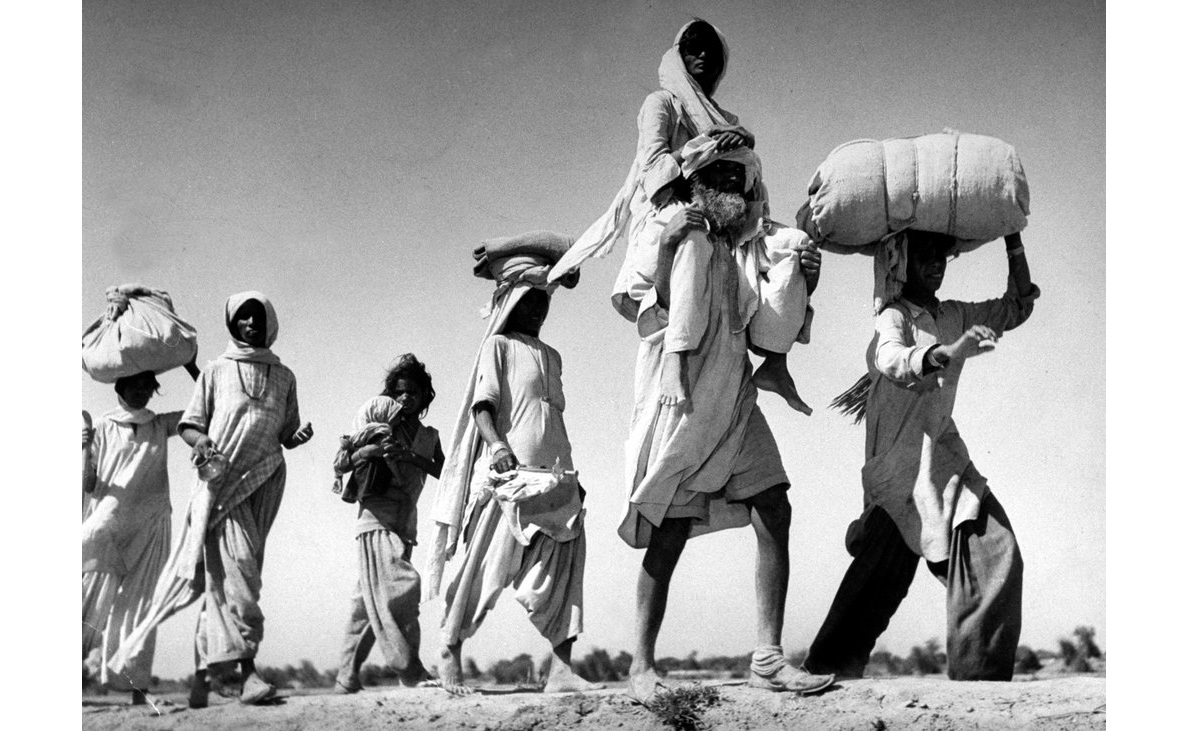 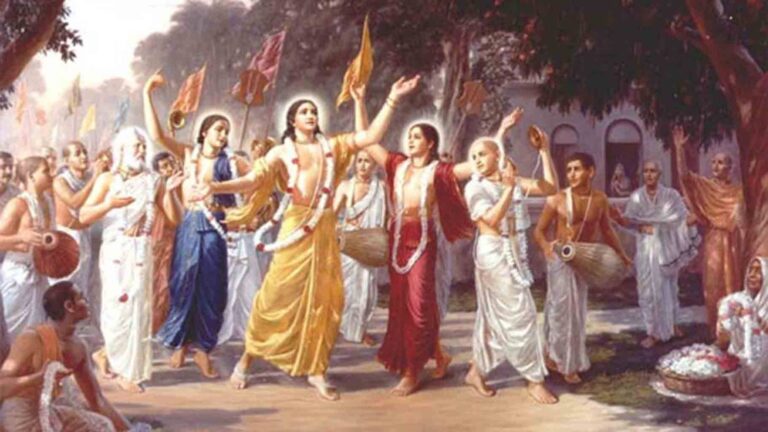