Off the coast of Karnataka, near its border with Goa, is the small island of Anjediva. Though connected by a breakwater with Karnataka, the island is officially a part of Goa and is under the jurisdiction of the Indian Navy as part of its naval base, INS Kadamba. After Phase II of its expansion is complete, the island will be part of the largest naval base in Asia.

Incredibly, not many realize just how important this tiny island has been for the last 2,000 years. From being a halt for ancient Roman traders at the turn of the 1st millennium CE, and later Portuguese explorer Vasco da Gama, to playing a part in handing over the islands of Bombay to the British in 1665 CE, and finally the events leading to Goa’s liberation in 1961, Anjediva has left an indelible mark on Indian history.

Anjediva is the largest island in an archipelago of five islands just off the Karwar coast, the other four being Kurnagal, Mudlingud, Devgad and Devragad. There are two theories about how it got its name. The first is that ‘Anjediva’ is derived from ‘Anji’ (five) and ‘div’ (island) in Malayalam, while the other is that its name is derived from the temple of ‘Anjadurga’ which once stood there. 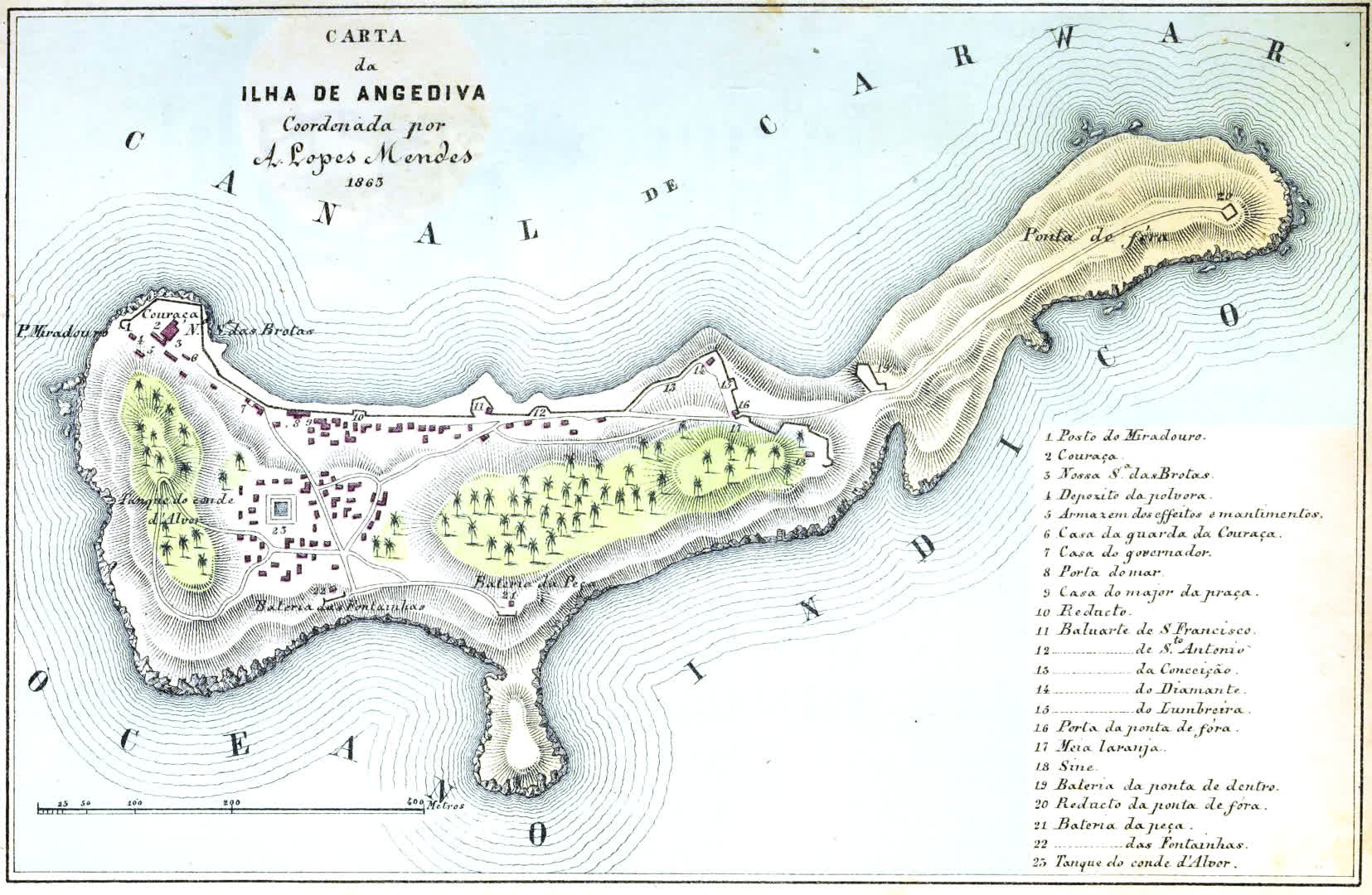 Situated just 1.6 km off the mainland and blessed with an abundance of freshwater sources meant that Anjediva was an ideal halt for ships plying on India’s western coast between Malabar and Gujarat. The earliest reference to the island can be found in the ancient Roman trade manual Peripulus Of The Erythraean Sea by Geographer Ptolemy (150 CE), which speaks of the Island of ‘Aegidii’ just off the western coast of India. The text mentions how the island served as a halt for Roman traders who sailed with the monsoon winds between the Red Sea and the Malabar coast.

Between the 5th and 7th CE, the island was ruled by the Kadambas of Goa. Archaeological excavations have revealed pillars of a temple, probably dedicated to Goddess Anjadurga or Aryadurga. It is believed that some time in the 9th CE, the deity was moved to Ankola village in Karnataka, probably due to political turmoil. During this time, the island was used by Arab traders as a harbour during monsoon and to repair their ships. 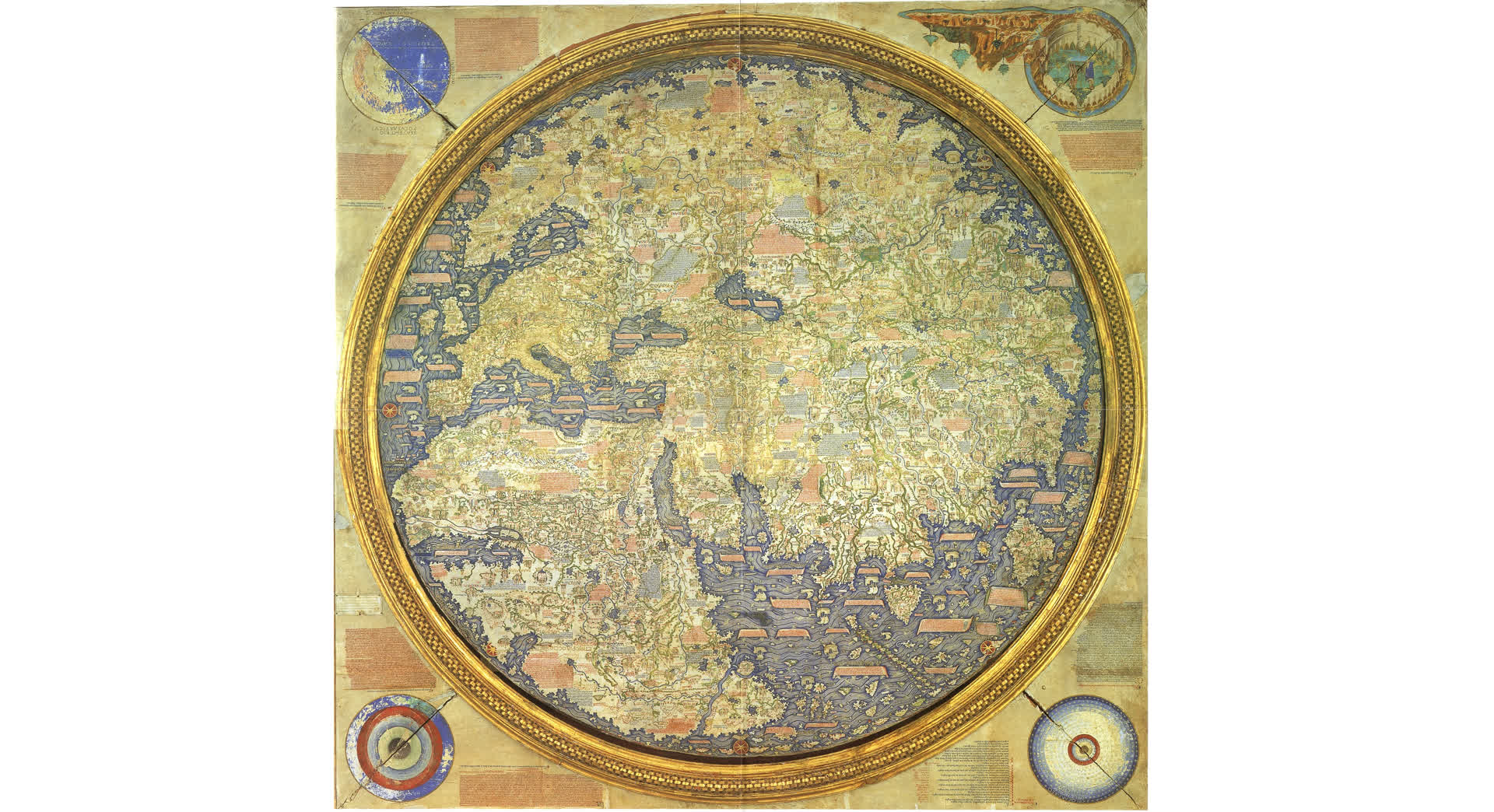 The map by Francisco Mauro
Support Live History India
If you like Live History India`s work, do consider extending support to us. No contribution is too small and it will only take a minute. We thank you for pitching in.
Donate
*Terms and Conditions

By the 15th CE, the ‘Age of Exploration’ had begun in Europe. Geographers mapped the world, while explorers sailed the unknown seas in search of new lands. In 1459 CE, Italian cartographer Francisco Mauro created the ‘Map of the World’, the most comprehensive world map of its time. Interestingly, Anjediva island figures on this map. It was this very map that Portuguese explorer Vasco Da Gama used as a reference, during his maiden voyage to India in 1498 CE.

On his way back from Calicut to Lisbon, Vasco Da Gama, with a crew of 170 men, halted at Anjediva to repair his ships. This news spread on the island and Adil Shah of Bijapur, who was the suzerain of the area, sent a small army to analyse the situation. A fight ensued and the Adil Shahi commander was taken prisoner. Amazingly, this commander was a Polish Jew (his name is unknown), who had travelled from Europe to India in search of a fortune and had taken up service in the Bijapur court. This commander, now captured by the Portuguese, was converted to Christianity and taken to Portugal, where he became famous as ‘Gaspar da Gama’. 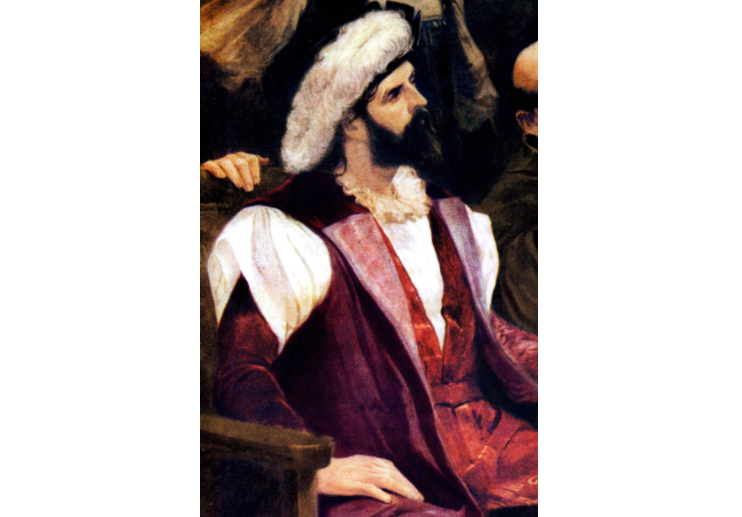 After Vasco da Gama returned to Portugal, the King of Portugal sent Padro Alvares Cabral from Lisbon to Calicut in 1500 CE. Before arriving there, Cabral took a detour and ‘discovered’ Brazil by accident. When he reached India in 1502, he halted at Anjediva for a month. It was during this time that 23 local inhabitants of the island were converted to Christianity. 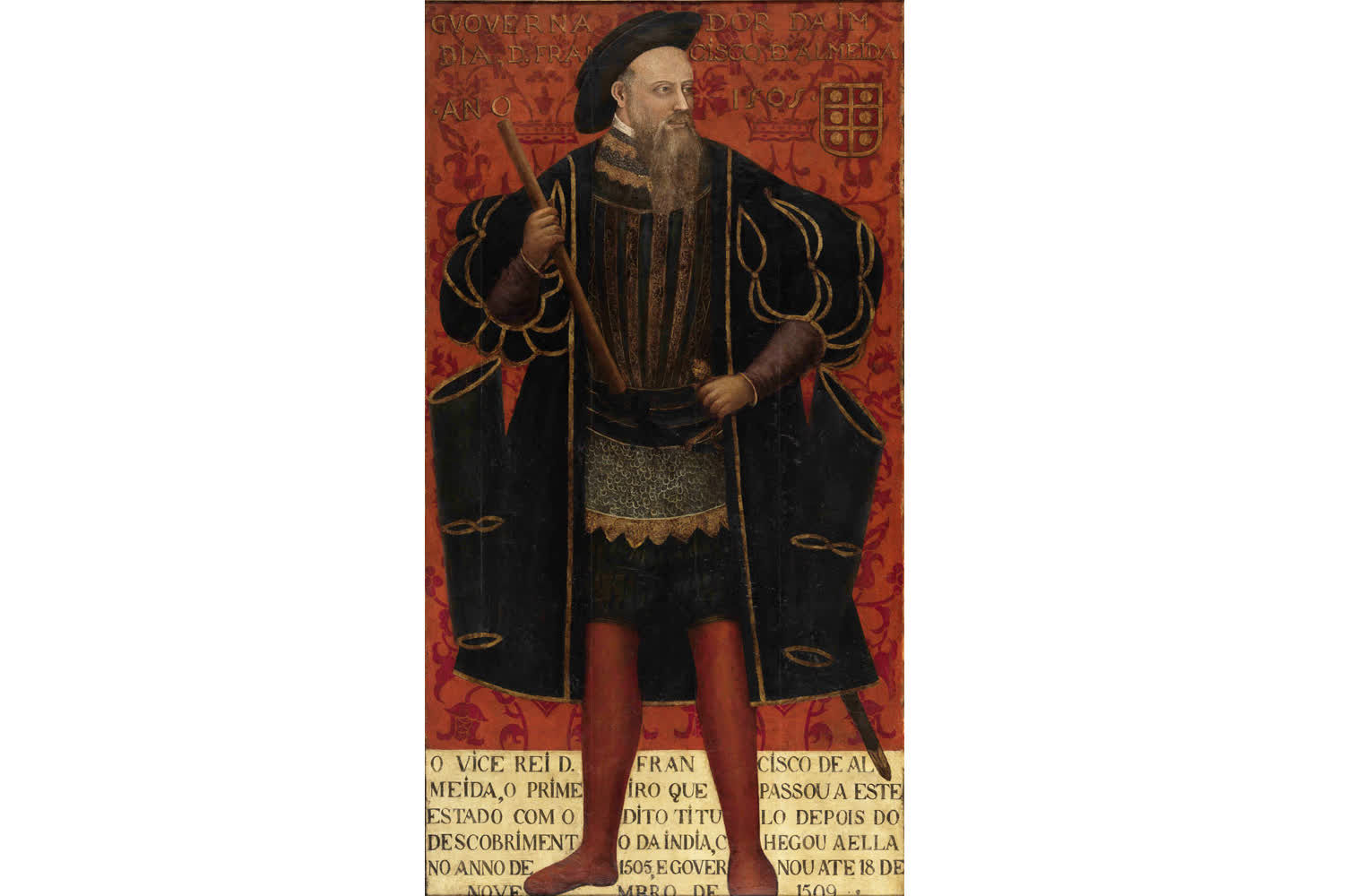 In March 1505 CE, the Portuguese Viceroy, Dom Francisco de Almeida, arrived in India. He took possession of Anjediva and built a fort here, making Anjediva one of the earliest territories in India to be conquered by the Portuguese, five years before the conquest of Goa in 1510 CE. 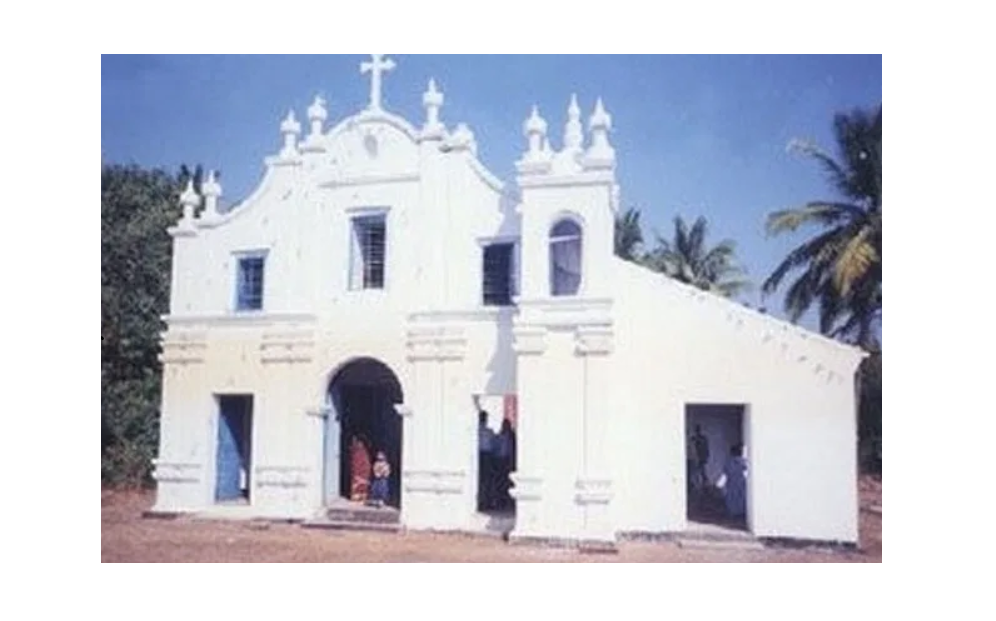 Apart from the fort, the Viceroy also built the Church of Nossa Senhora das Brotas (Our Lady of Springs), which still stands on the island today. Over time, as the Portuguese conquered more territories, from Cochin (Kochi) in the south to Bassein (Vasai) in the North, Anjediva lost its importance and served as a ‘backwater’ inhabited by fishermen and priests attached to the local church.

Anjediva returned to the spotlight in 1665 CE, when following the marriage of King Charles II of England to Portuguese Princess Catherine of Braganza, the seven islands of Bombay were given to the British Crown as Dowry. But, recognizing its strategic importance, the local Portuguese governor refused to hand over Bombay to the British.

To take possession of the islands, a fleet of five ships under the command of the Earl of Marlborough sailed to India, and took refuge at Anjediva, while the formalities for Bombay’s handover were to be completed. These protracted formalities took two years, and due to the climate and poor housing, only 191 of the 500 men who had arrived on the island survived to leave it. Similarly, a great epidemic in 1856 forced most of the residents to relocate to Panaji, now the capital of Goa. Only a small battery of Portuguese soldiers remained here. 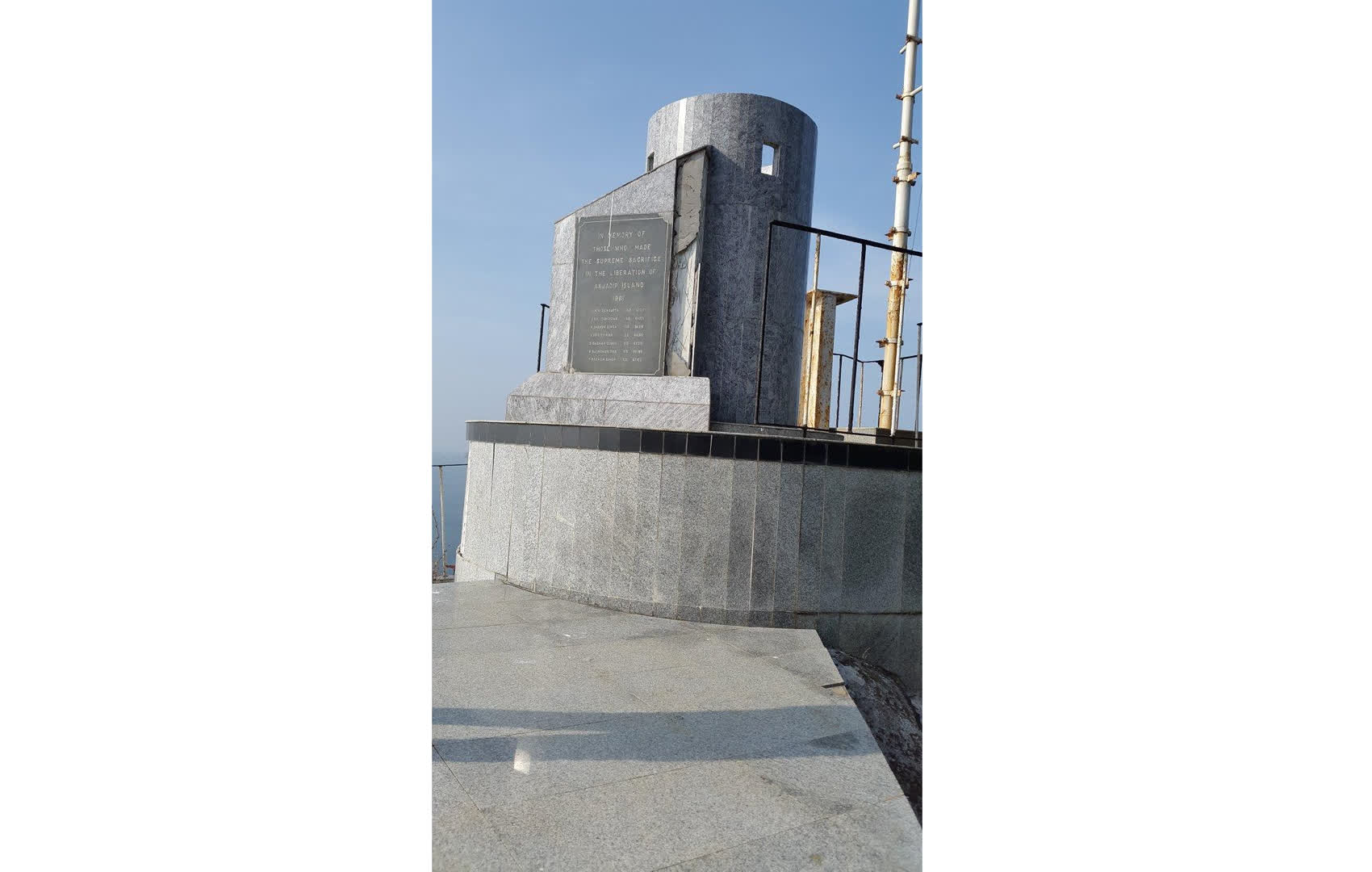 After India’s independence in 1947, there was great pressure on the Portuguese to leave Goa but they resisted. Despite the turmoil in mainland Goa in the 1950s, Anjediva remained a sleepy, untouched paradise. But this would change suddenly on 24th November 1961. The local Portuguese garrison fired on an Indian steamer, SS Sabarmati, which was sailing too close to the island, injuring a crew member and killing a passenger. A landing party INS Trishul too tried to capture the island from the Portuguese garrison and seven navy personnel among them lost their lives. The National War Memorial was erected in their honour.

These and a series of other events culminated in the liberation of Goa on 16th December 1961. Anjediva was occupied by the Indian Army on 22nd December 1961.

For a long time, the shooting at the SS Sabarmati near Anjediva was considered a stray incident. But it was later revealed that it was part of a covert operation by Indian secret services to trigger the Goa liberation war. These startling facts were revealed by V Siddharthacharry, an Indian diplomat who planned the operation on the advice of V K Krishna Menon, India’s Defence Minister. An Indian mole in the Portuguese Goa government was involved in it too!

“I had met General Choudhary (of Southern Command) when he visited Shanghai and I had presented him some Chinese artifact, which kept him reminded about me. He was glad to meet me and I suggested to him my plan. It was to make our passenger steamer, SS Sabarmati, which plied from Kandla in Kathiawar to Kozhikode via Bombay. She used to steam past the tiny island of Anjediva in the south Goan coast. My suggestion was that Sabarmati should go as near the Island as possible.

“The Portuguese had a battery high up on the cliff of the Island. Indian fisherman used to fish all along the coast keeping out of Goan territorial waters. If we could get the battery to shoot at the ship from the cliff, it would be considered a breach of the international law, empowering retaliation: Causus Belli (Causes for War) would have been achieved. Prior to it, there would an agitation in Goa like that which had led to the breaking off relations with Portugal in 1955.

“I then mentioned my assessment of our X, the mole [in the Portuguese Goan government]. He should be told about (a) Agitation in Goa (b)Sabarmati’s sailing close to the Island (c) Producing an impression that, as in Dadra and Nagar Haveli, there could be a takeover by the population of the Island. (d) If it would be discovered that there was no effective Portuguese Defence Post on the Island, the takeover would be encouraged.

“Contrarily, X [the Indian Mole] would mention to the Viceroy [of Goa] that if the Battery were to open fire [on SS Sabarmati], the takeover [of Anjediva island] would be discouraged. All agreed and duly decided to follow this plan.”

After the Indo-Pakistan war of 1971, the Indian Navy was facing a serious problem concerning the movement of its Western Command fleet, due to heavy commercial traffic, fishermen and tourism. So it decided to search for a secure base. The Navy zeroed in on Anjediva Island, which was made a strategic base with its headquarters in Karwar in mainland Karnataka. 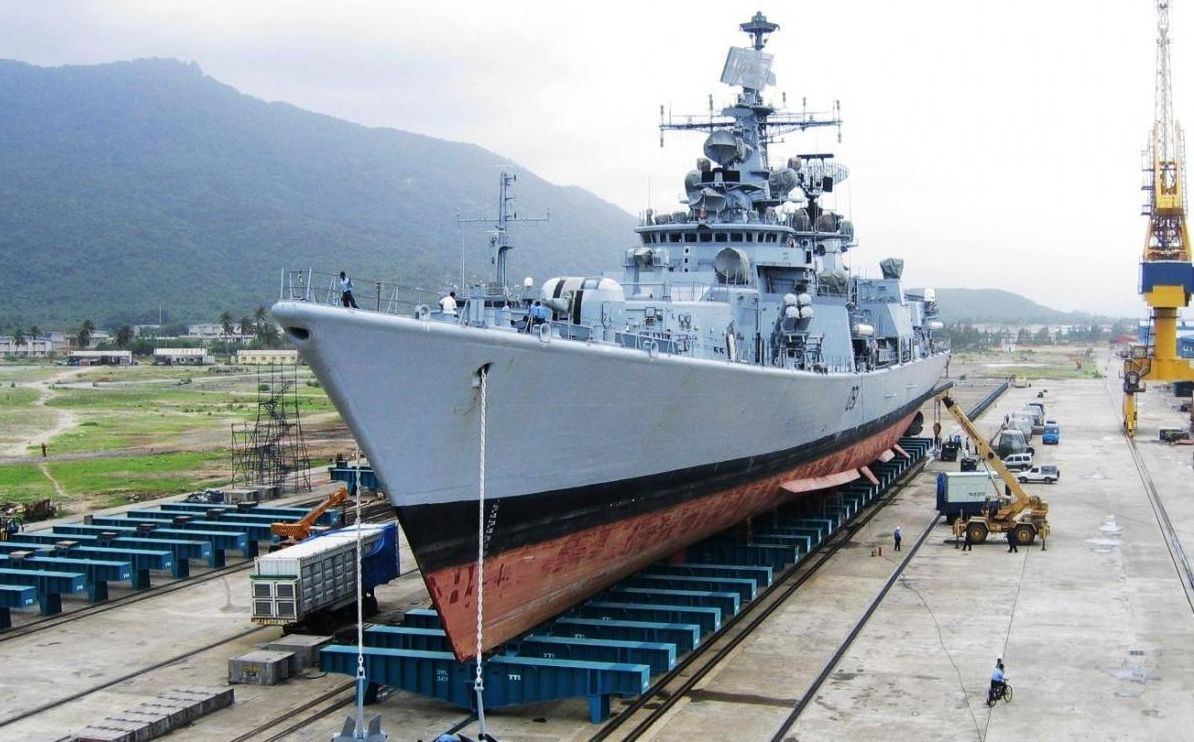 Conceived in the 1980s, the project was approved in 1999 and work on building the base, called INS Kadamba, started in 2004. At present, the project is in its second stage, where it aims to become part of the largest naval base east of the Suez Canal. Since 2004, Anjediva has been under the jurisdiction of the Indian Navy, with only a limited number of inhabitants living on it, and only two of its churches active.

Entry to this historic island is restricted and is out of bounds to tourists. But even in its latest avatar, Anjediva continues to play a vital role in India’s maritime history – just as it has for the last 2,000 years.

Read this article in Hindi 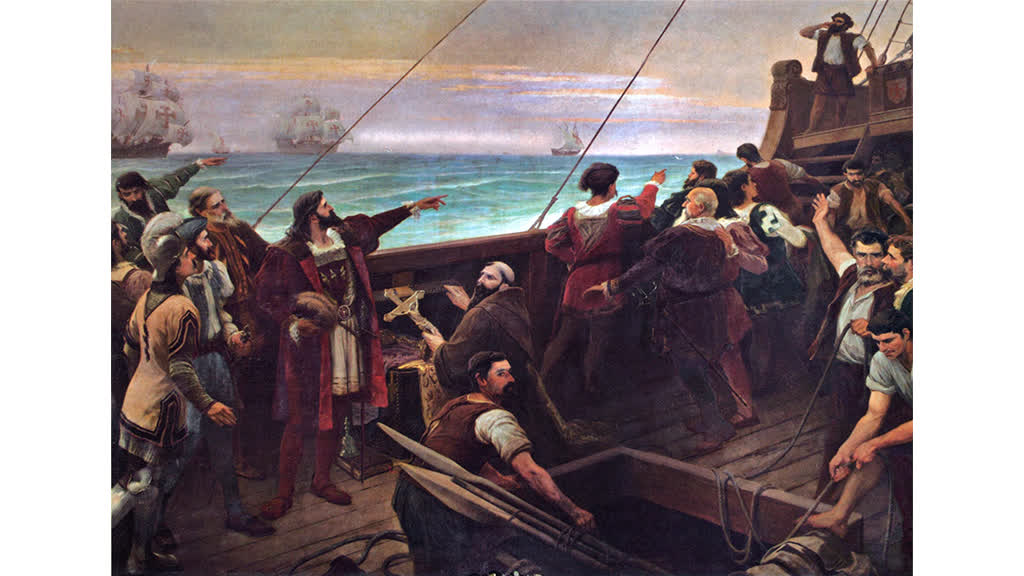 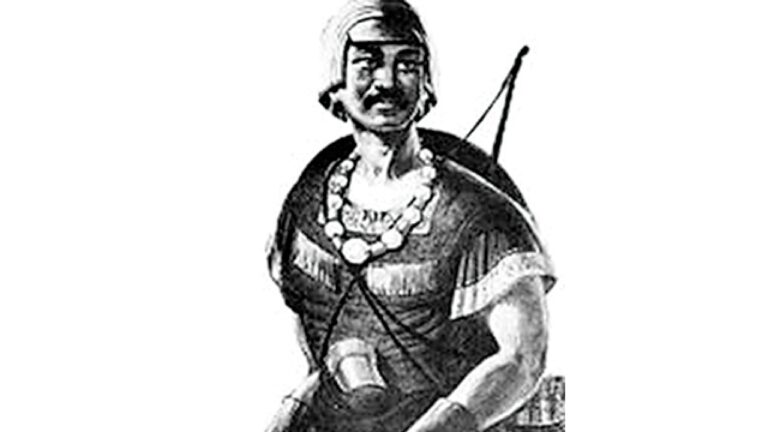 Catch the story of U Tirot Singh, Meghalaya’s great hero, who gave his life fighting the expansionist plans of the British, and whose exploits remain unknown to most Indians. 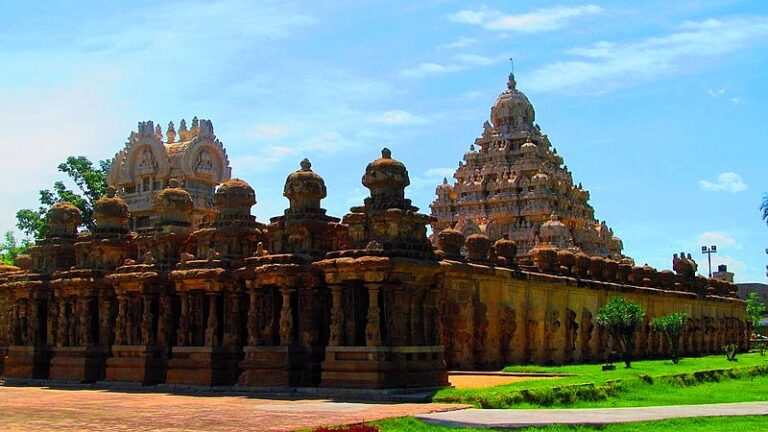 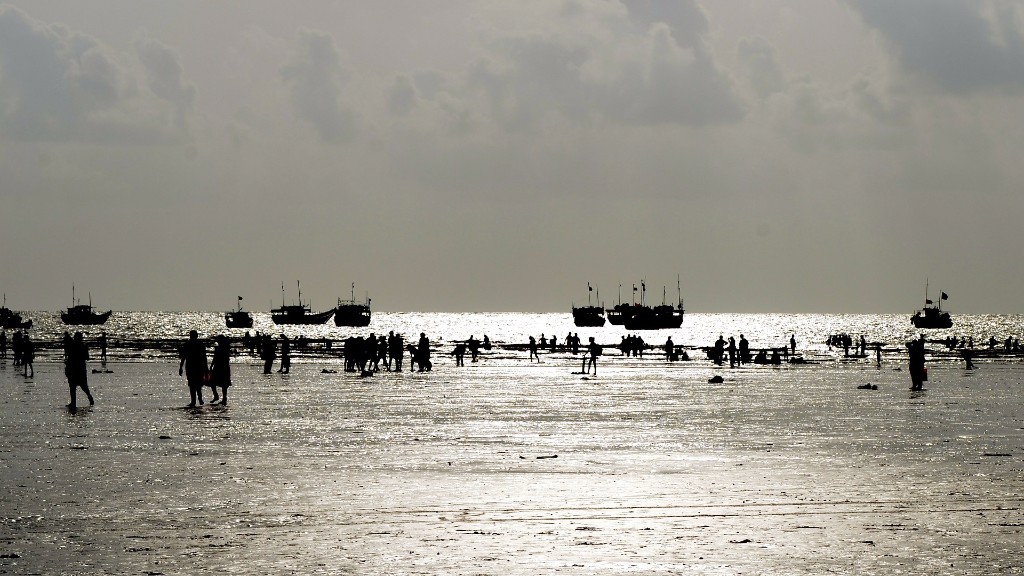