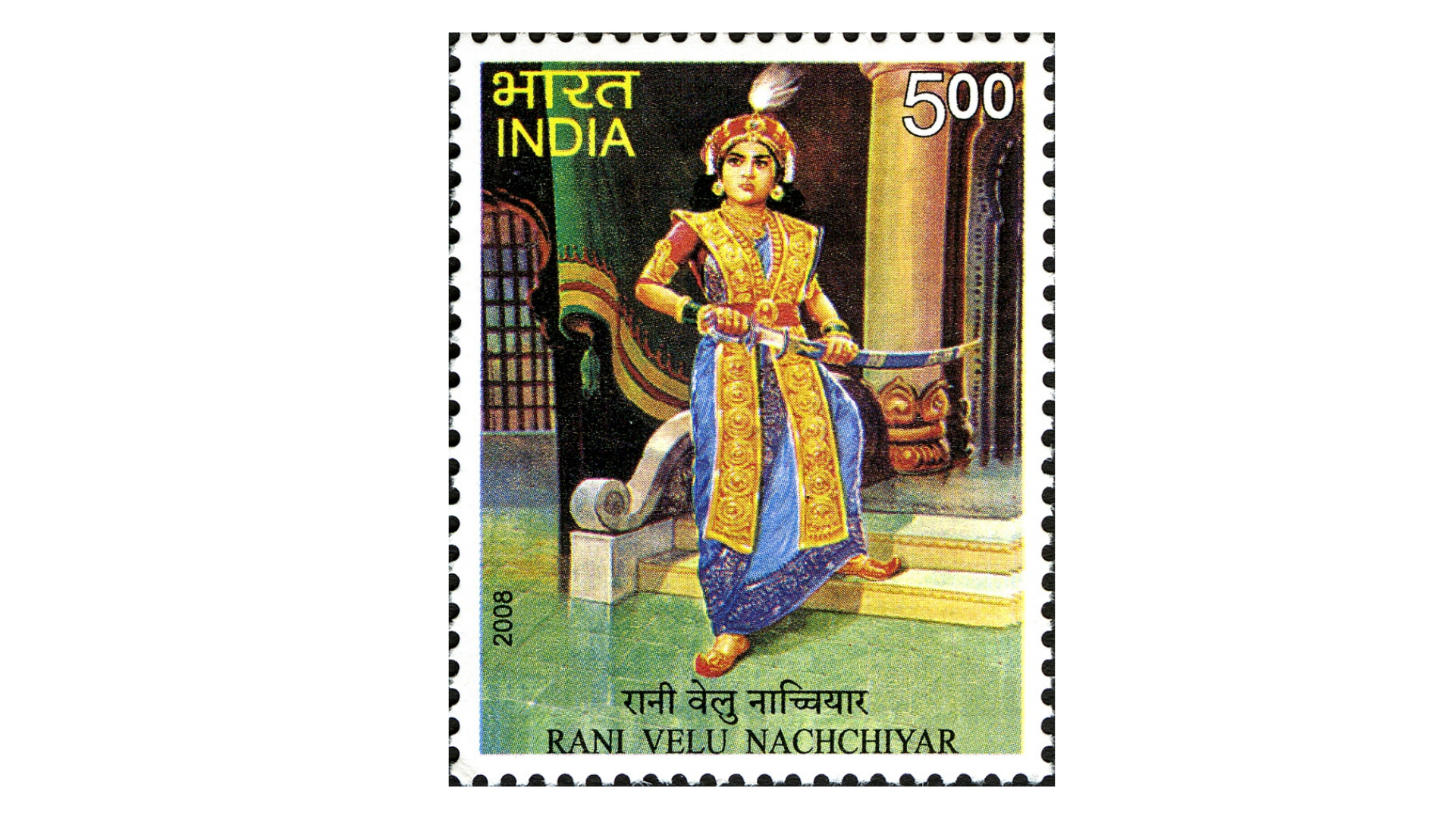 Velu Nachiyar: Tamil Queen Who Took On The British, And Won

She definitely wasn’t India’s only warrior queen but she was the first Queen to take on the might of the British in India. The story of Velu Nachiyar, the 18th century Queen of Sivaganga in Tamil Nadu, is riveting also because she emerged victorious and returned the Kingdom of Sivaganga to its former glory. This is her incredible story.

Born in 1730, Velu Nachiyar was the only child of King Sellamuthu Vijayaragunatha Sethupathy, the king of Ramnad (Ramanathapuram) and his Queen Sakandhi Muthathal, so she was raised like a Prince. She was trained in the art of warfare, horse riding and martial arts like Silambam, which includes fighting with bamboo sticks. She also received a solid education and was fluent in many languages including Urdu, English and French, a rare feat for a woman in those times. 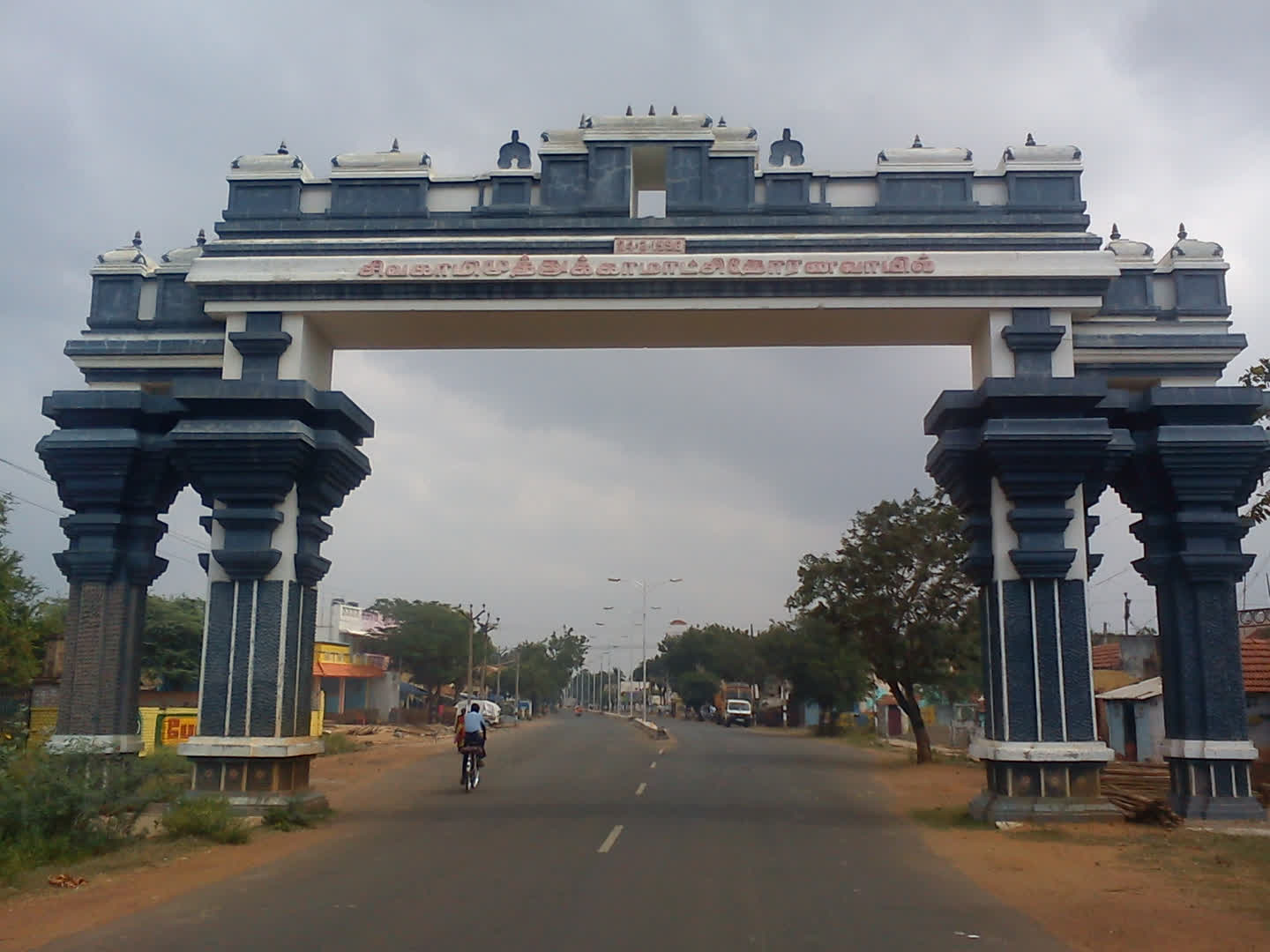 At the age of 16, Velu Nachiyar married Muthu Vaduganatha Periyaudaiya Thevar, the second King of Sivaganga, in 1746 CE. Dark clouds loomed over the kingdom in 1772 CE, a year which was a turning point in the life of Velu Nachiyar. The Nawab of Arcot, who ruled the Carnatic region from 1717-1795 CE, claimed suzerainty over many other Southern dynasties and joined hands with the British.

He levied taxes on Sivaganga and officers of the East India Company were sent to collect the taxes. However, the King of Sivaganga refused to give in. As a result, the British led a ruthless attack on Muthu Vaduganatha Thevar at Kalayar Koli in Sivaganga. The King was caught unawares and was killed, and Sivaganga was seized by the Nawab of Arcot in June 1772.

Velu Nachiyar, along with her infant daughter Vellachi and some of the chieftains, managed to escape. Vowing revenge, she took shelter in Virupakshi, in Dindigul, for eight years. The region was then ruled by the Poligar (feudal chieftain) Gopala Nayaka. She was determined to wrest her kingdom back and spent this time planning and gathering allies for an attack. During this time, she also built an army of women, known as ‘Udaiyaal’, and trained them in warfare. 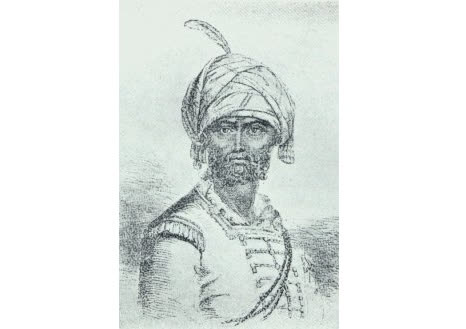 Hyder Ali | Wikimedia Commons
Support Live History India
If you like Live History India`s work, do consider extending support to us. No contribution is too small and it will only take a minute. We thank you for pitching in.
Donate
*Terms and Conditions

Luckily, Velu Nachiyar found an ally in Hyder Ali, the de-facto ruler of Mysore, who himself did not have a great rapport with the British and the Nawab of Arcot. The relationship between Hyder Ali and the British had soured since the British had gone back on their promise to support him during the war with the Marathas. It is said that the Sultan, impressed with Velu Nachiyar’s impeccable Urdu, bravery and determination to get her kingdom back, offered to help her.

In 1780 CE, Hyder Ali along with 80,000 soldiers attacked the east-coast territories of the Nawab of Arcot, in which he also engaged several British soldiers. With the Nawab and British engaged in war with Hyder Ali, Velu Nachiyar saw this as a perfect time to strike. Seizing the opportunity, the Queen and her troops marched towards Sivaganga, about a 100kms from Dindigul. 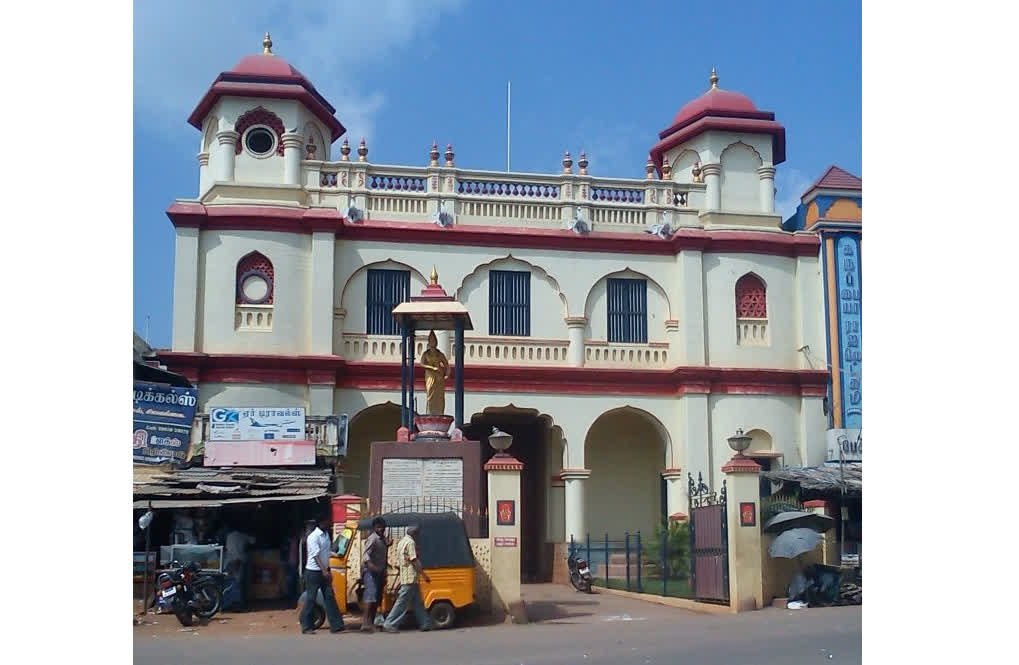 Since Sivaganga was well fortified, Velu Nachiyar had come up with a clever plan. She and her army of women had arrived just before the Vijayadashami festival. On this occasion, the women of Sivaganga would gather at the temple of Raja Rajeswari, near the palace. Velu Nachiyar and her army blended with the crowd and made their way inside the palace complex and launched an attack.

But their weapons were no match for those of the British. At this point, her Commander-in-Chief, Kuyili, fought her way to the ammunition room, doused herself in oil from the lamps, and blew it up. The ammunition exploded and the stockpile was destroyed.

Kuyili’s ultimate sacrifice helped Velu Nachiyar defeat the British in Sivaganga. When the Nawab of Arcot realized that Hyder Ali and Velu Nachiyar had joined forces, he struck a deal with Velu Nachiyar, who regained Sivaganga in return of a revenue to the Nawab. 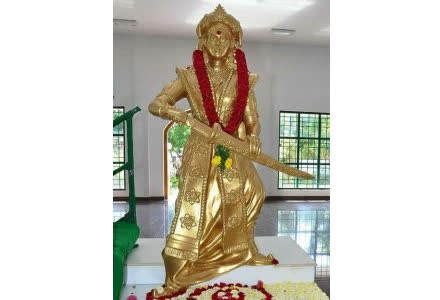 A statue of Velu Nachiyar | Government of Tamil Nadu

She was crowned Queen of Sivaganga in 1780 CE and ruled for a decade before she was succeeded by her daughter, Vellachi. She died in 1796 CE but lives on in popular memory through folk songs and in legends. In recognition of her valour, a commemorative stamp was issued in her honour in December 2008 and, in 2014, the Government of Tamil Nadu inaugurated the Veeramangai Velu Nachiyar Memorial at Sivaganga, in Velu Nachiyar’s honour. In the same year, a memorial commemorating Kuyili’s bravery was also  built at Sivaganga by the Government of Tamil Nadu.

Due to her grit and bravery, the Queen is fondly referred to as ‘Veeramangai’, or ‘brave woman’. 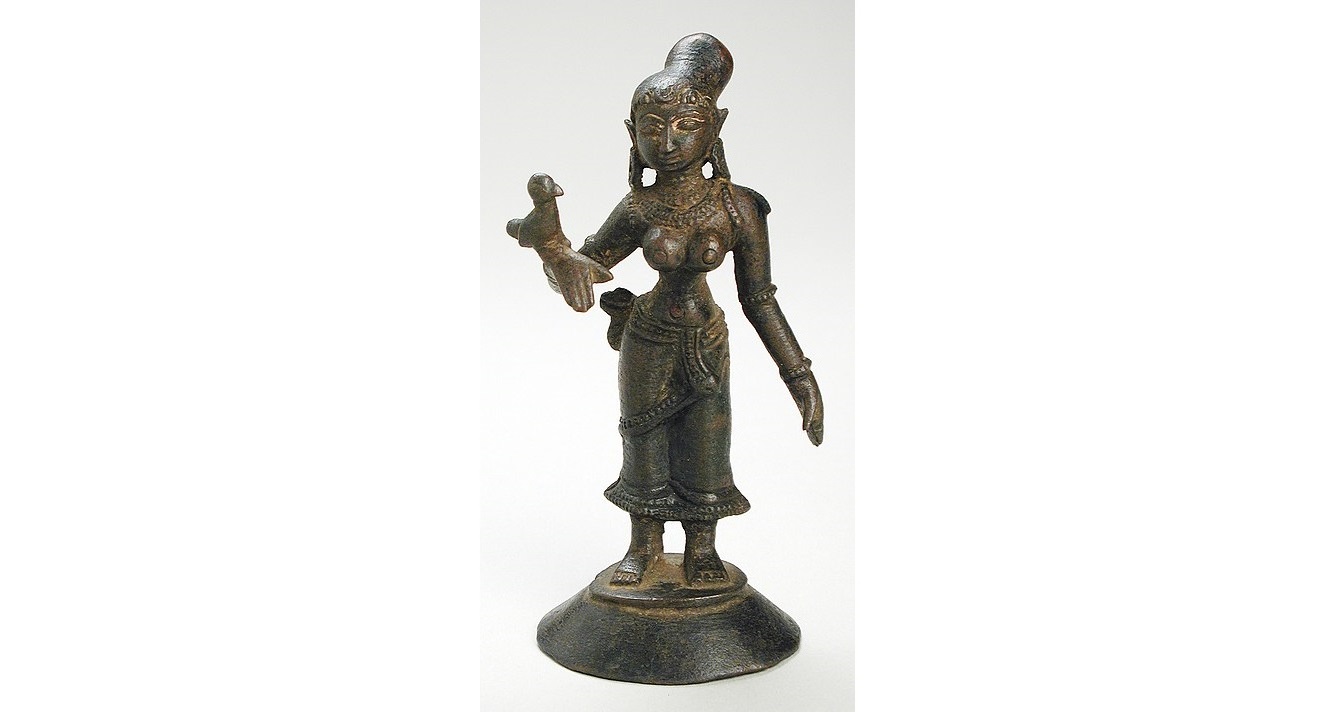 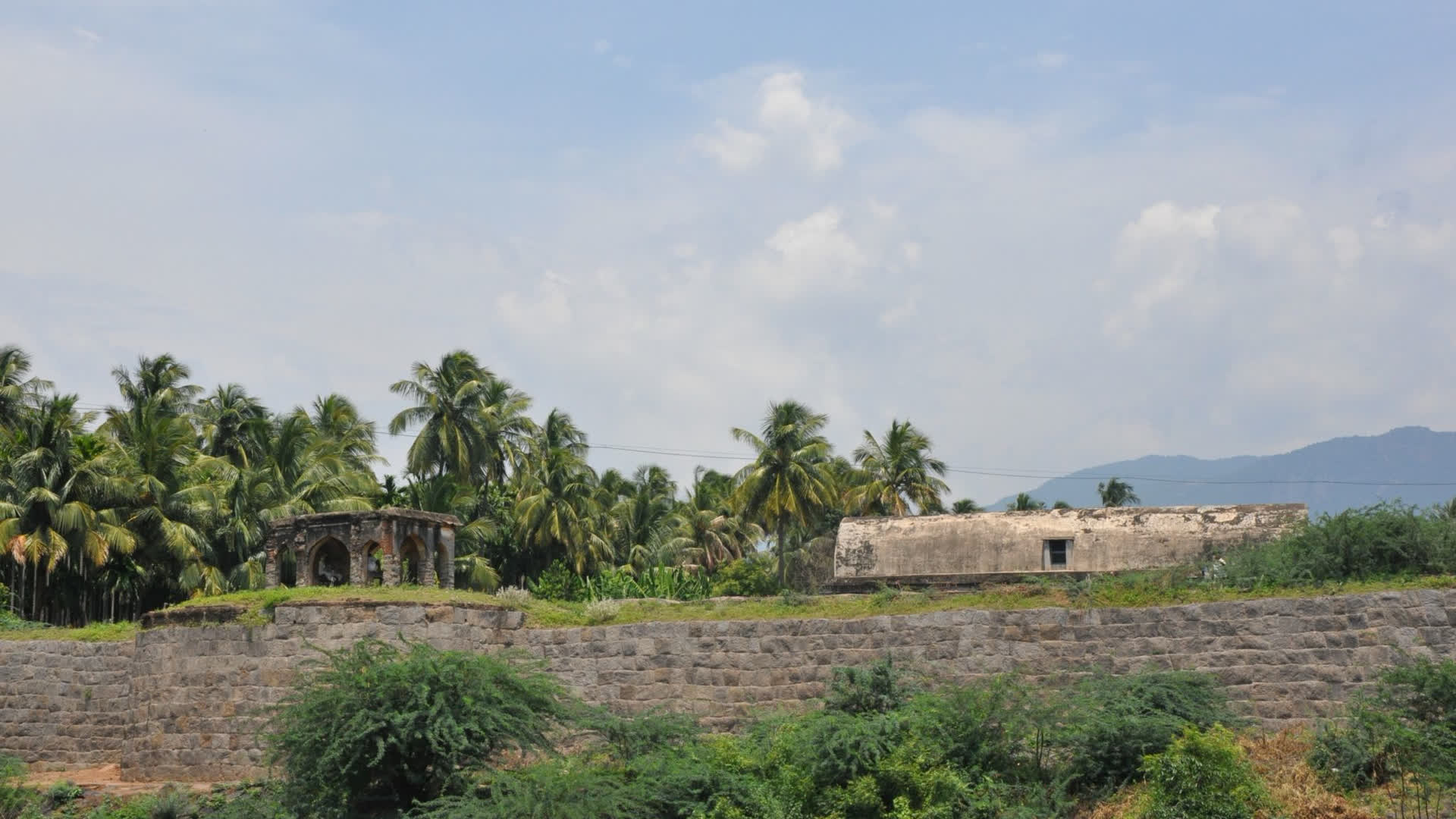 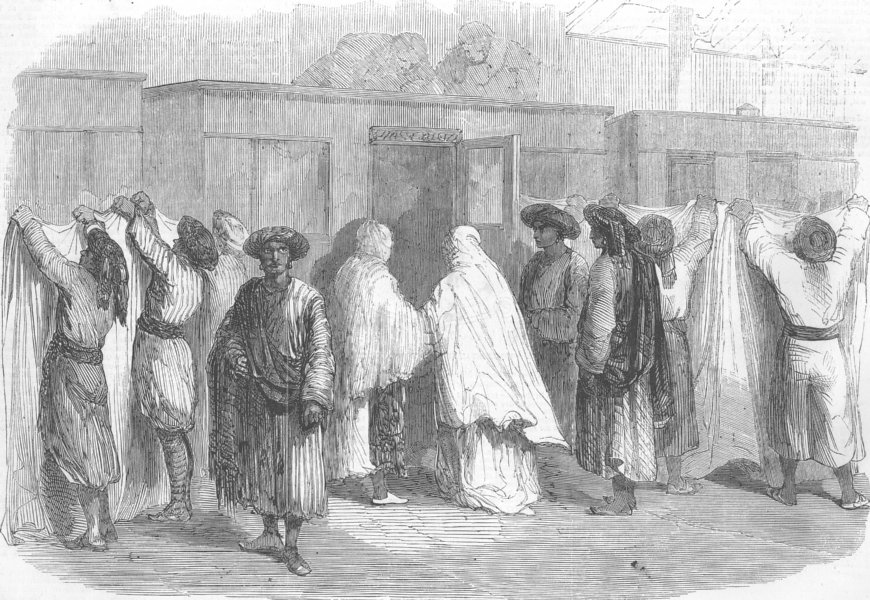 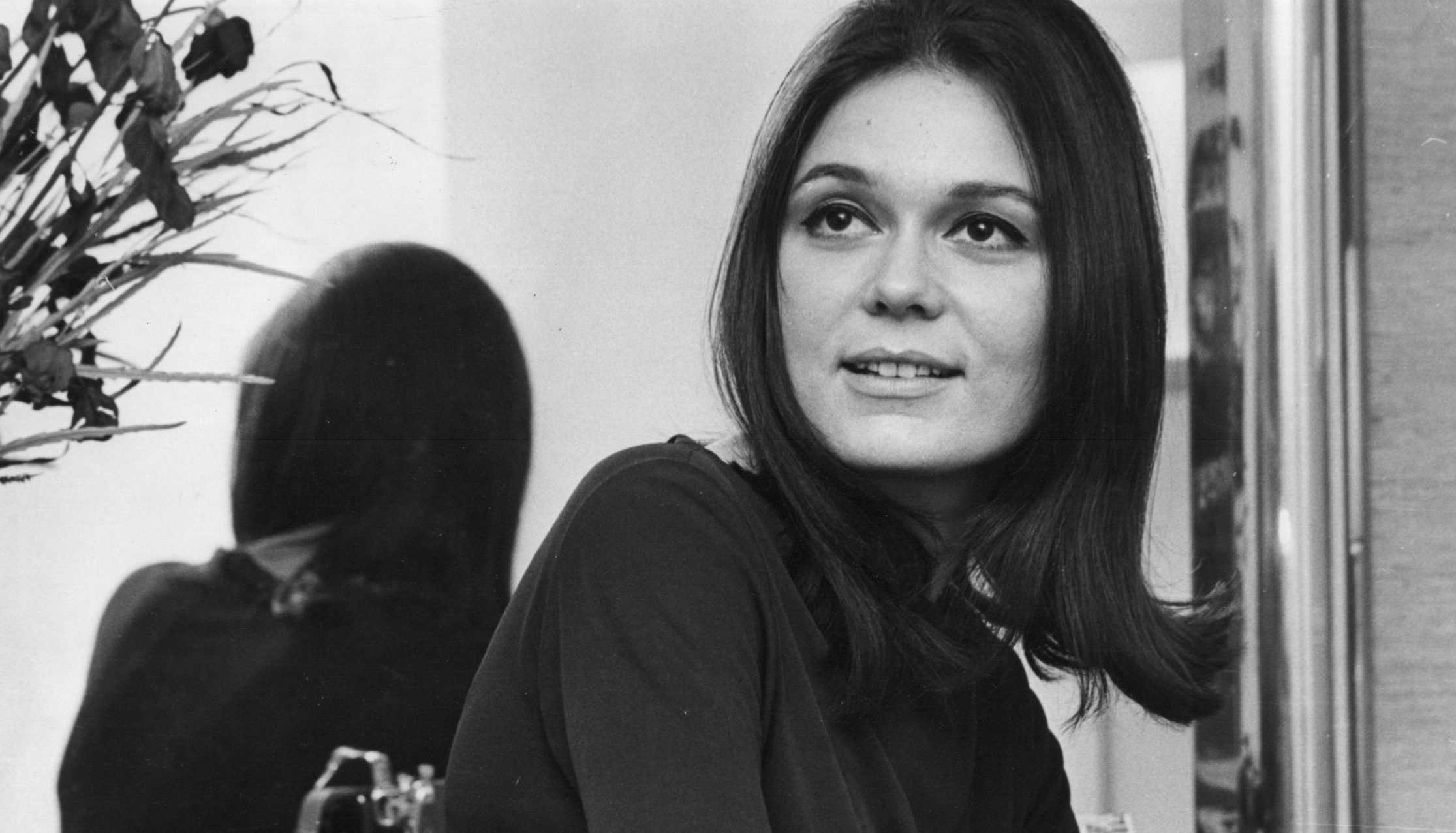