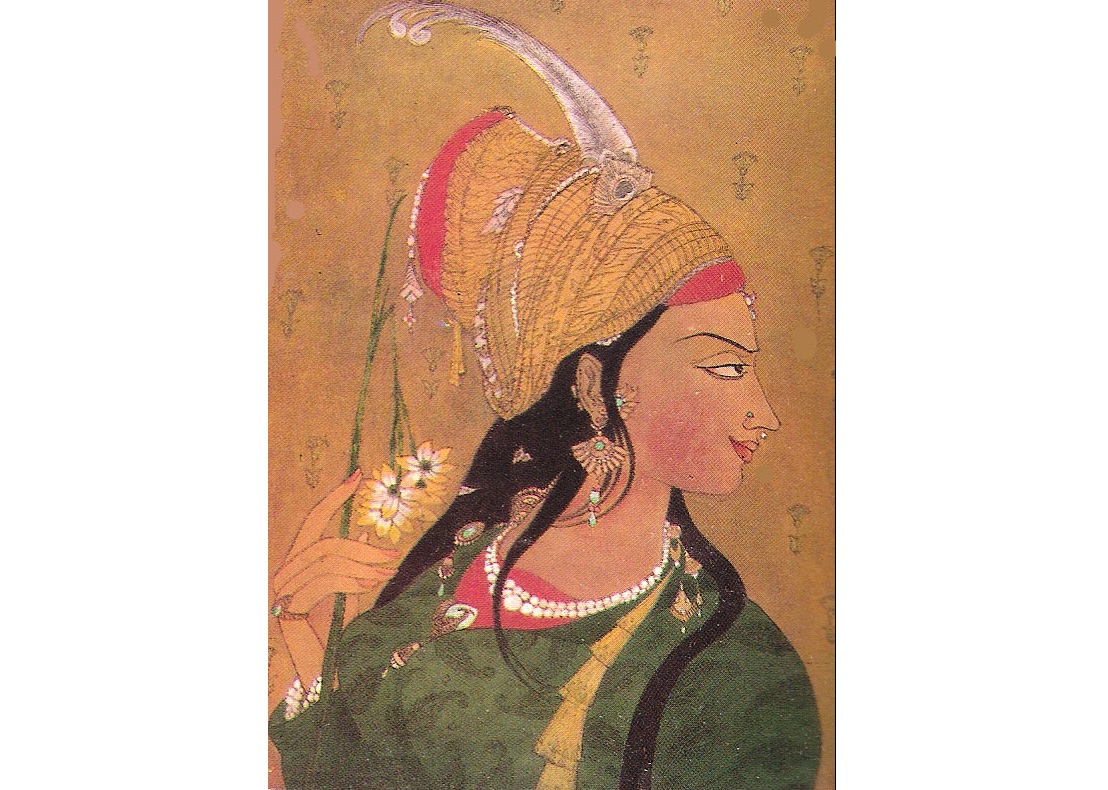 The Story of Anarkali – Fact or Fiction?

Immortalized in the 1960 classic Mughal-i-Azam, with actors Dilip Kumar and Madhubala in the lead, the tragic love story of Mughal Prince Salim (Jahangir)  & the court dancer Anarkali is well known. But is there any historic truth to it? Was there really a lady called Anarkali, condemned to death because of her affair with the Mughal heir apparent ? The Answer will surprise you.

The search for the truth, amidst layers of local folk lore and immortalized productions, must begin in the city of Lahore. Over here in heart of the city, you will find a simple Mughal era tomb, popularly known as Anarkali’s tomb in an area also called Anarkali bazaar. The person buried in the tomb is said to have died in 1599 CE and the tomb to have been constructed around 1615 CE. Inside, is an exquisitely carved marble sarcophagus with a couplet in Persian –

‘Ah! If I could behold the face of my beloved once more

I would thank my god until the day of resurrection’

Below that is the name of the composer, written as ‘Majnun Salim Akbar’, or the enamoured Salim, son of Akbar. 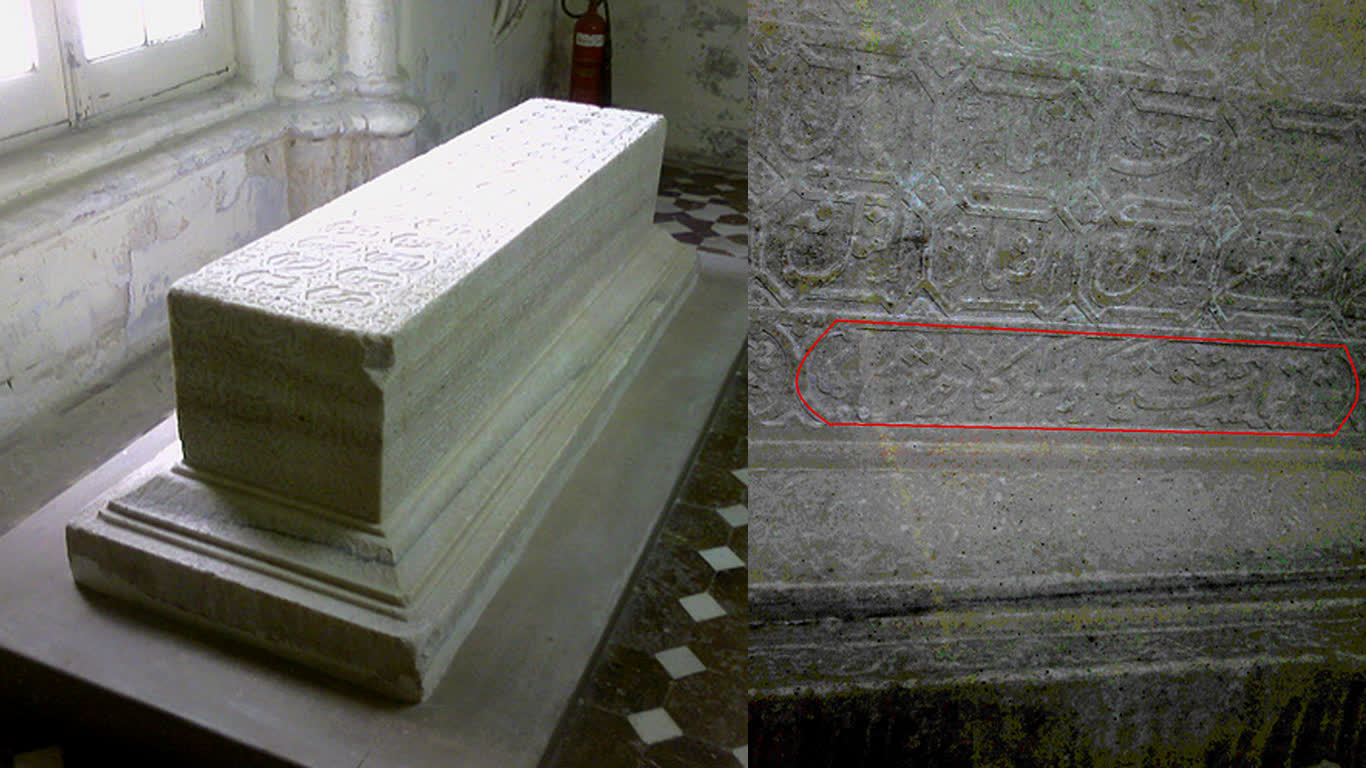 This is the only lead and the fact is that no one knows who is buried in the tomb. Historians also have different views. For centuries, locals in Lahore have believed that a beautiful dancer named Nadira Begum or Shari-un-Nissa, whose court name was ‘Anarkali’ (literally translated – Pomegranate blossom), fell in love with the Mughal prince Salim (Later Emperor Jahangir). Most of us are familiar with how the story goes. The great Emperor Akbar, who disapproved of this relationship, is said to have had Anarkali buried alive in the walls of the Lahore Fort. A heartbroken Prince Salim, on becoming Emperor, had a tomb constructed on his lost beloved’s grave.

But many historians dispute this theory. While it is true that around 1599 relations between Akbar and Jahangir were at their lowest, with Jahangir even staging a rebellion against his father in 1600 CE, there is no contemporary account or reference to any lady called Anarkali – even in Jahangir’s autobiography, ‘Tuzuk-i-Jahangiri’ which covers his life from 1605 to 1622. In it, he is extremely candid about his feelings and gives a fairly accurate account of his life and happenings. He pens his thoughts on various subjects from the exotic Turkey bird he had specially imported from South America to several  rants against the Siddi General of Deccan – Malik Ambar ( who he calls ‘Kala Ambar’). Yet, there is no reference to Anarkali, or how deeply affected he was by her death, or the fact that he built a tomb in her honour.

Anarkali, finds no mention in any other account of the period either. There is no mention about her in the works of Akbar’s friend and biographer Abul Fazl who wrote the Akbarnama. 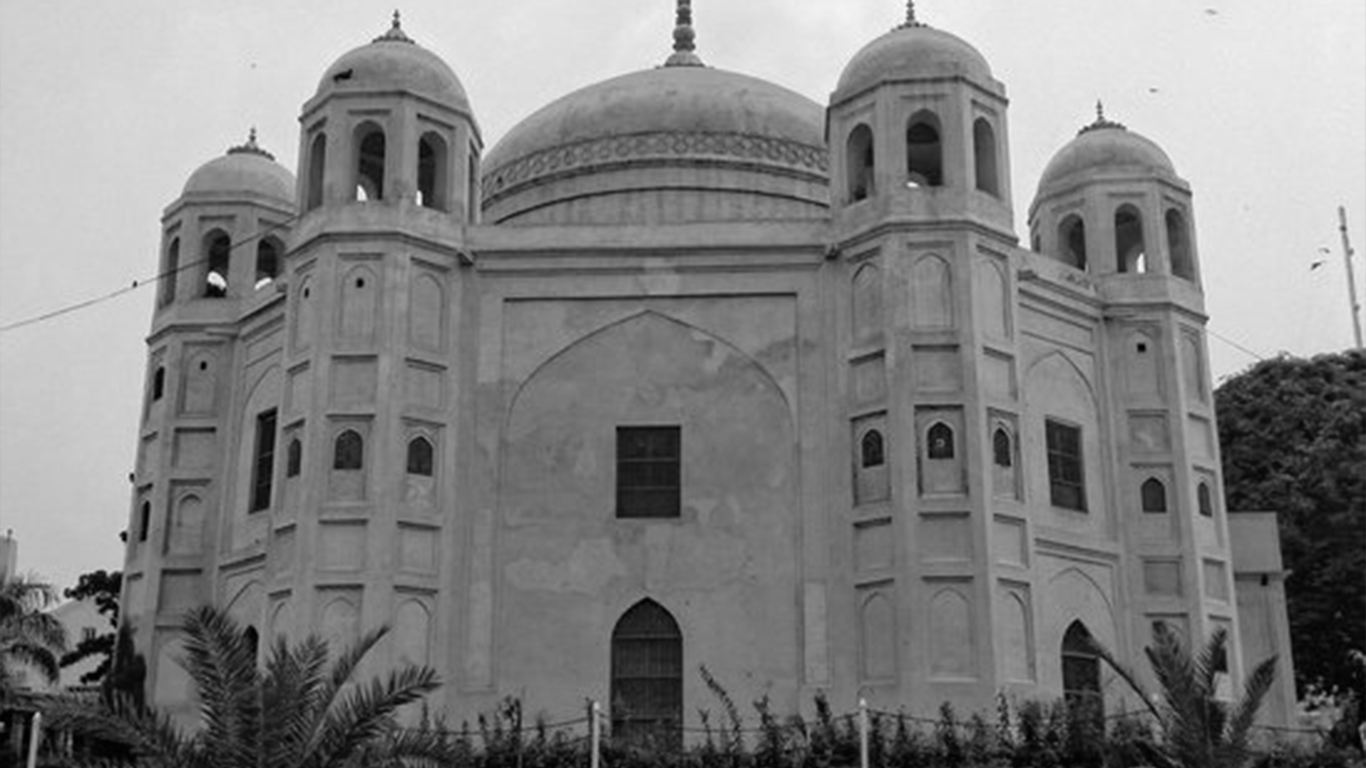 An alternative explanation to the tomb was also propounded by 18th century Lahore historians such as Abdullah Chagati and Muhammad Baqir, the author of Lahore: Past & Present . They claimed that the area, where the tomb is,  was originally a site of a pomegranate garden named Bagh Anarkali (The Garden of Pomegranate blossom), in which there was an unnamed tomb . Over centuries, local people, based on hearsay, created a elaborate story around it.

The French historian Alain Desoulires, an expert on the history of Urdu literature, in his research paper ‘Historical Fiction and Style: The Case of Anarkali’ has traced the origin of Anarkali’s story to the accounts of different 17th century English travelers to Lahore such as William Finch, Edward Terry and Bishop Herbert. These travelers wrote of a supposed incident, which they had heard from the locals, where Akbar, had his favorite wife, also the mother of his third son, Prince Daniyal buried alive for having an affair with her stepson Prince Salim (Jahangir). Historically, this is untrue, as the mother of Prince Daniyal died in 1596 CE, three years before the person in the sarcophagus.

However, Desoulires believes the Anarkali myth based on the construct of an ‘Oriental despot putting a fair maiden to death’, which became popular and was especially promoted by the Victorians, after the revolt of 1857. It fit in well with the British imperial ideology, which sought to highlight the ‘brutal’ rule of the Mughals in contrast to the ‘kind and benevolent’ rule of the British. 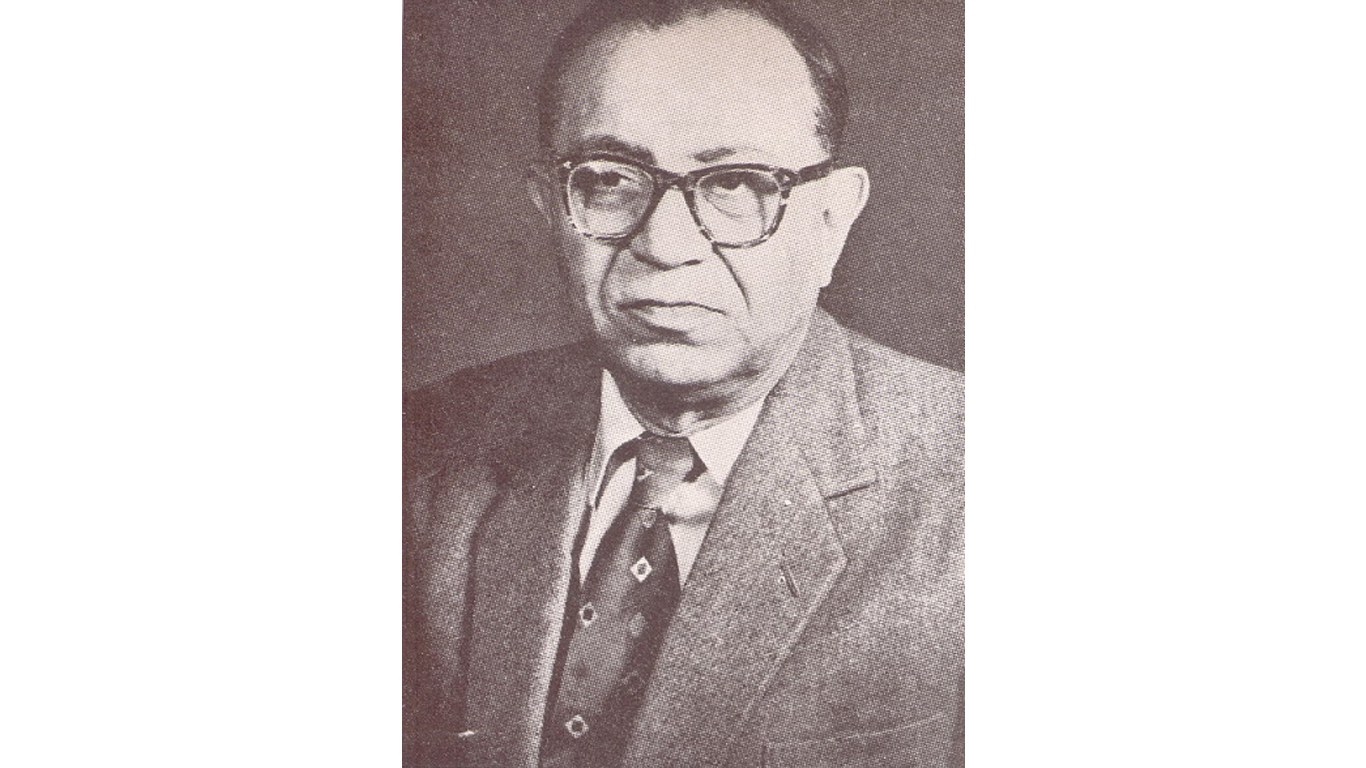 But what took a local Lahore city tale based on hearsay to nationwide fame, was the release of a 1922 drama named Anarkali, written by a local playwright named Imtiaz Ali Taj. This play was written in the style of the great Urdu romances, popular at the time such as Umrao Jan Ada (1904). These romances had a common theme in which a beautiful heroine from a humble background falls in love with a man from a wealthy background, and the romance ends in a tragedy. Imtiaz Ali, who had grown up in Lahore and had heard the local legend, thought it was a great subject for a historical play. However, the first edition of the play, published in 1922, carried a very clear disclaimer that it was a work of fiction.

The play was a great success and Imtiaz Ali was very keen on getting a film made on it and approached several film studios. Finally, in 1928, a silent movie was produced in Bombay (Mumbai) called ‘Anarkali : Loves of a Moghul Prince’ by a Bengali duo named Prafulla Roy and Charu Roy. Following this, in the second edition, Imtiaz Ali Taj took the help of two local Lahore historians named Ghulam Abbad and Chirag Hassan, to add  some embellishments and soon the lines between historical fact and fiction began to get blurred. Imtiaz Ali, to give a face to his legendary heroine Anarkali, also requested his close friend and noted painted AR Chugtai, to paint a portrait of Anarkali, which was also printed in the 1931 edition as a cover image. 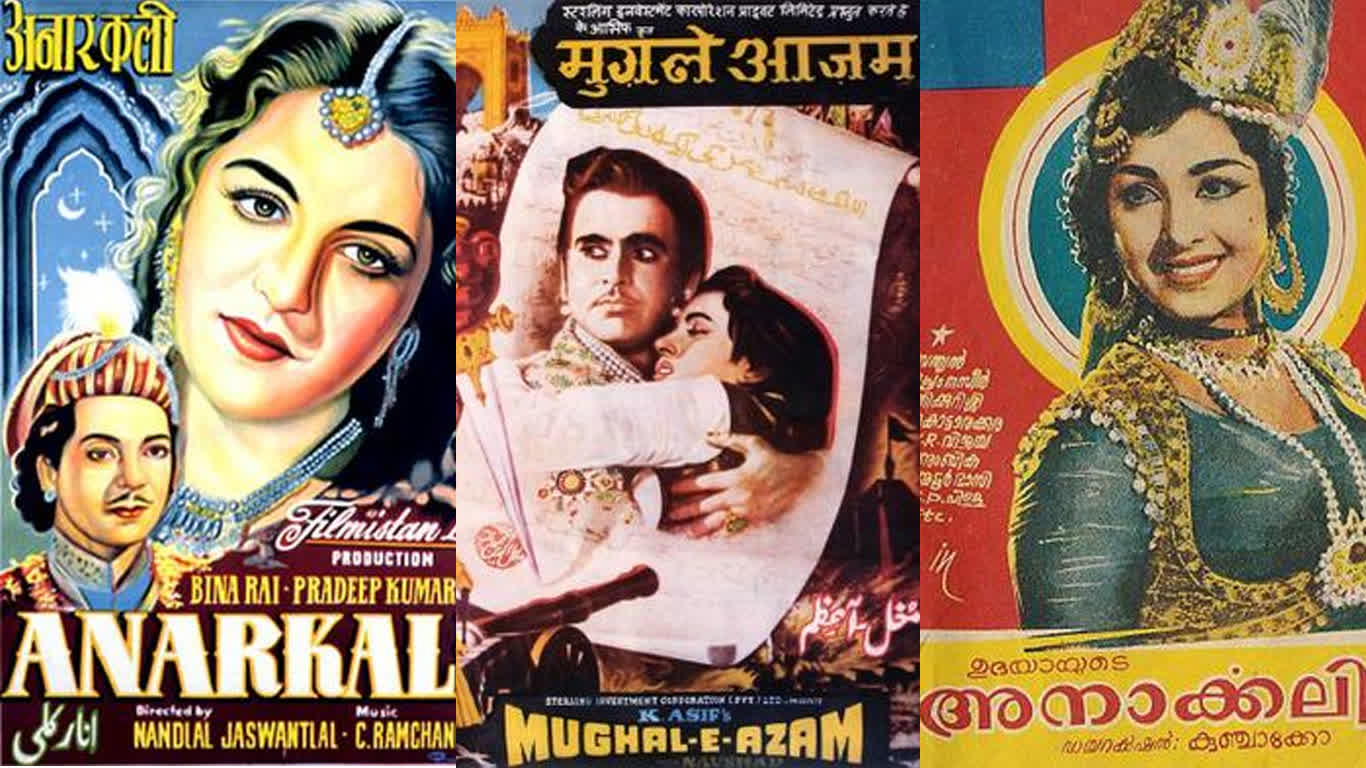 From then on, the story of Anarkali took a life of its own. Movies on Anarkali were produced in 1935, 1953 and the finally, the most famous of them all, K. Asif’s 1960 movie ‘Mughal-e-Azam’ starring Madhubala and Dilip Kumar. This went on to become one of the most iconic movies ever produced in India and is now an inseparable part of the popular culture.

Interestingly, the original ending was also changed in this‘Mughal-e-Azam’ to show a less tragic end. In the movie, Anarkali escapes via a secret trapdoor in the wall, because Akbar lives up to his reputation of being a ‘benevolent’ ruler . The success of Mughal-e-Azam, spawned a whole series of regional language version of this classic.

It is amazing how a local tale from Lahore has now became etched in people’s minds, blurring the lines  between fact, fiction and folk-lore.

Jahangir Diaries
Prince Khusrau: A Tale of Denial and Death

She was one of the earliest feminists of Kerala and the first Indian woman to become a judge, across the entire British Commonwealth. She also fought fiercely for women’s rights and against patriarchy 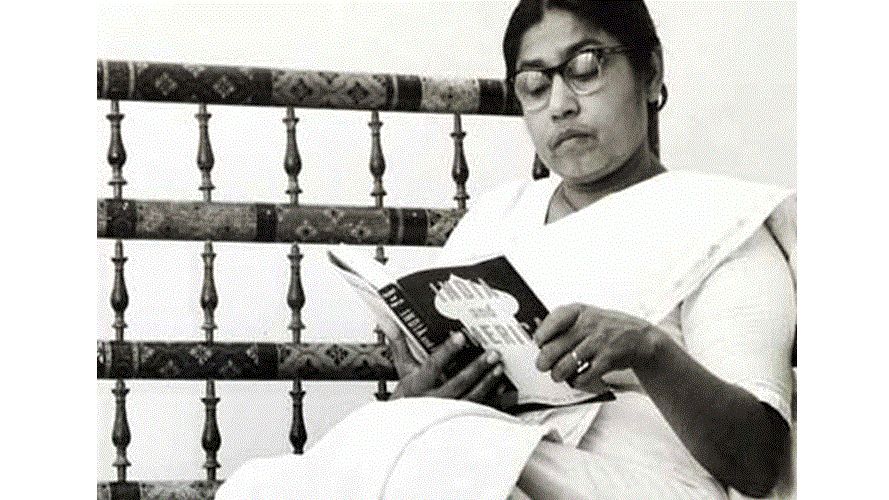 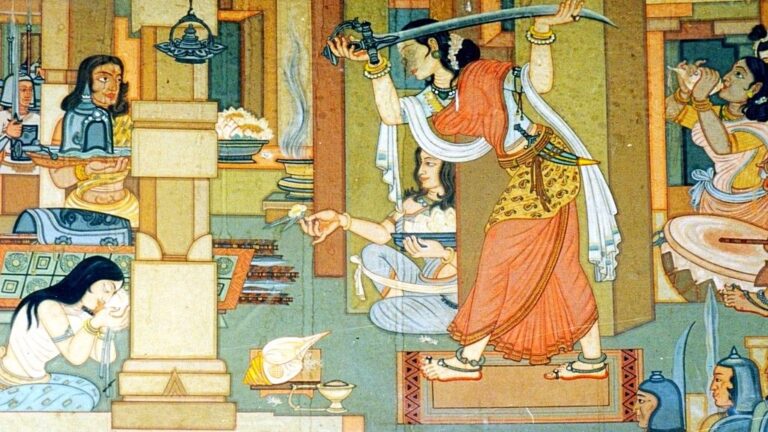 LHI HerStory
Rani Durgavati: The Warrior Queen of the Gonds
By Aditi Shah

The story of Rani Durgavati, the Queen of the Gonds, who valiantly defended her kingdom against the Mughal army