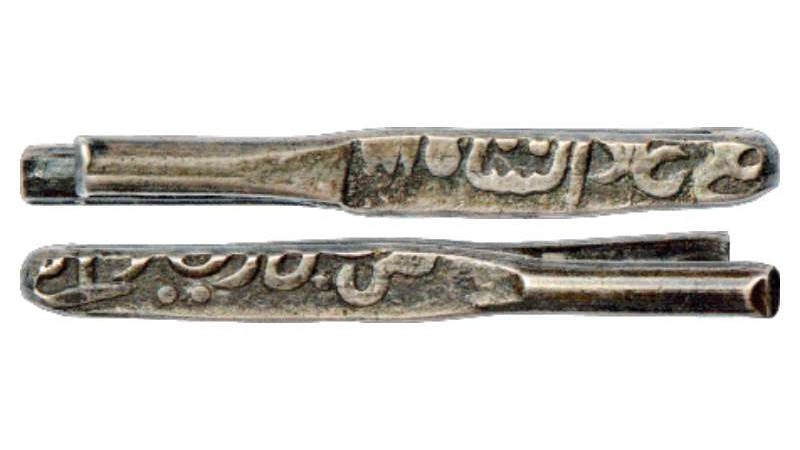 Larin: The Currency of the Seas

For all of us coins have mostly, always been round. But did you know that one of the most unique currencies, ever used in India was the larin, which was shaped like a hairpin or a fishhook. What’s more this was not just the currency of a small kingdom or region. Named after a small town in Iran, till the 18th century CE the larin was the currency of trade between countries across the Arabian Sea and Indian Ocean. It was truly the currency of the seas.

Since the discovery of the sea route to India, from the Red Sea by a Greek navigator named Hippalus around the 1st century BCE, the Arabian Sea and the Indian ocean acted as the major corridor connecting Arabia, Persia, and East Africa with India and South East Asia. In India, the trade was carried out from the west coast and the subcontinent was the major supplier of spices, cloth, precious stones and metals. Arab merchants carried off Indian wares and returned with ivory, beads, copper and gold from Africa. By the 14th and 15th century CE, the trade was dominated by Arab traders who had the knowledge of the monsoon winds and used it to their advantage. 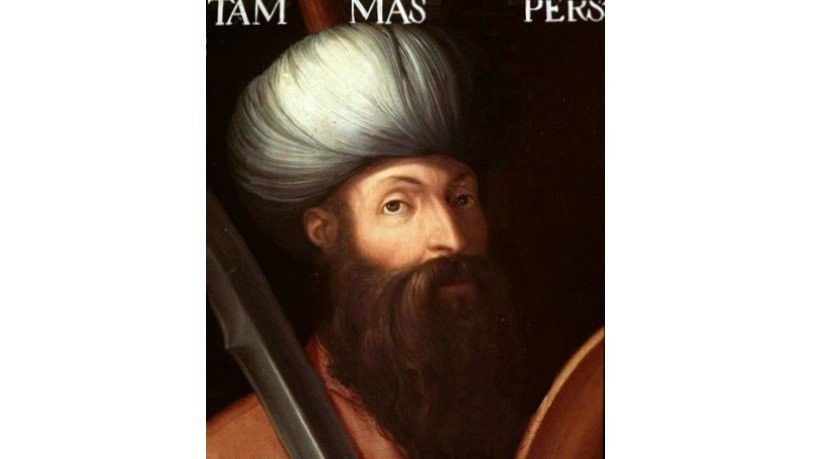 Thriving trade led to the use of a common currency- the larin around the 16th century CE. Named after the town of Lars in Iran, which was a thriving trade center, the larin was first minted by the Safavid ruler Shah Tamhasp sometime around the 1550s. Made  of a silver wire bent into hairpin-like shape each larin was  stamped with the name of king and mint where it was manufactured. 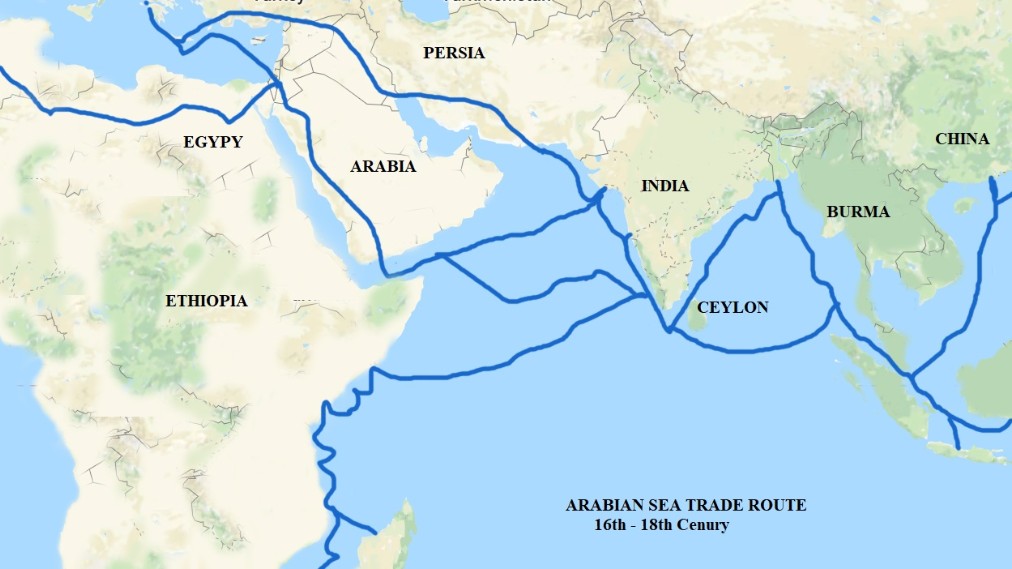 The reason why larins were used in international trade is quite interesting. First, it was a way to avoid the complicated process of foreign exchange and so conversions in different jurisdictions. The larin, like the present day Euro in Europe, was a common currency usable across a vast region and so in all the ports. Second, compared to normal coins, the process of minting larins was cheaper and faster. A silver wire just had to be bent and stamped. It seems the rulers just couldn’t be bothered with minting elaborate currency which was anyways, going to leave their shores. 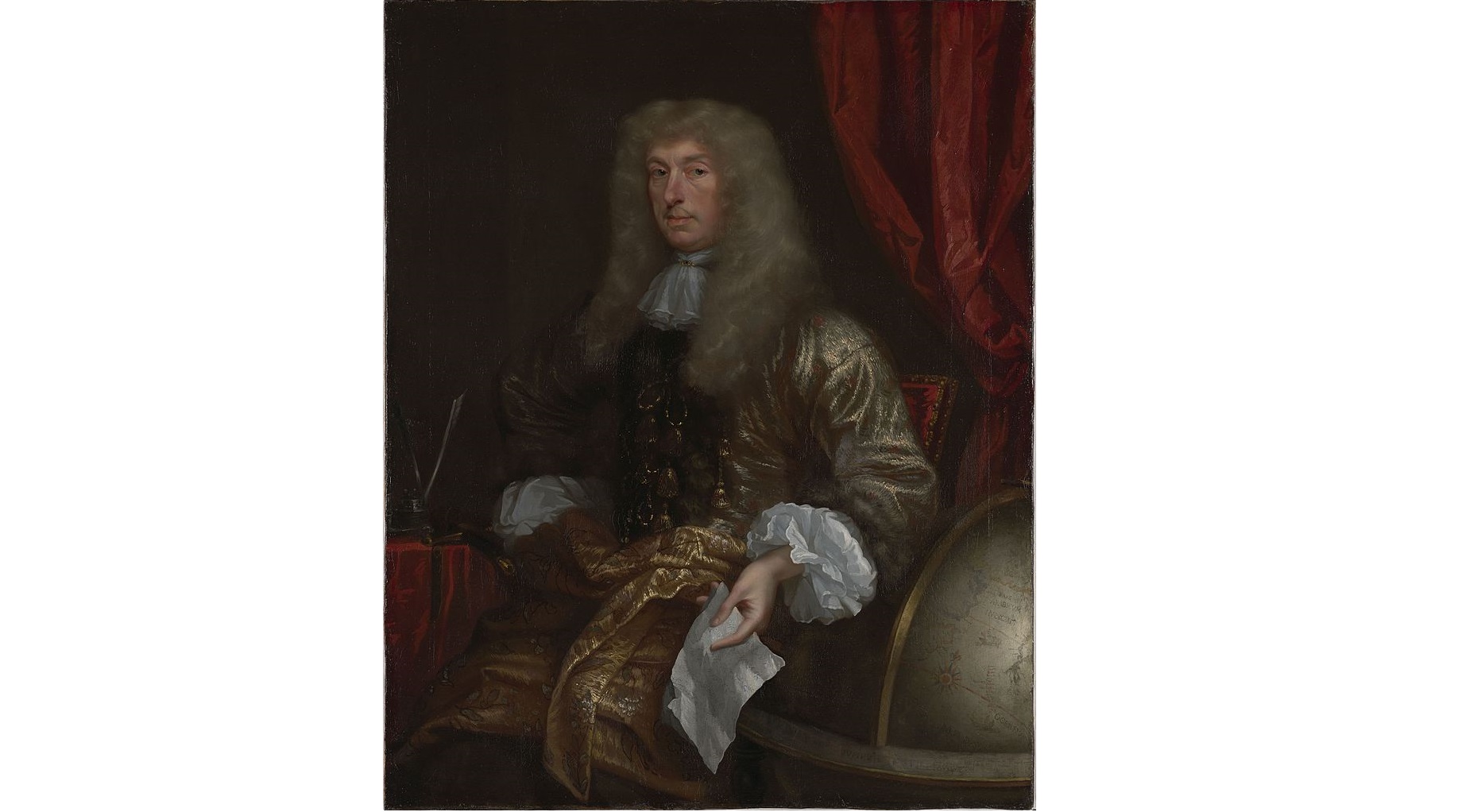 Portrait of Sir John Chardin, French traveller and merchant | Wikimedia Commons
Support Live History India
If you like Live History India`s work, do consider extending support to us. No contribution is too small and it will only take a minute. We thank you for pitching in.
Donate
*Terms and Conditions

The larins also provided traders with safety. Thanks to this common currency, they were unaffected by political turmoil in various countries. Added to this, the fact that the  larin was internationally recognized at the same value as the silver bullion coins, meant that it was also benchmarked with international silver prices. All of this made the larin a highly desirable instrument of transnational trade.

Apart from Persia, the larins were also minted and used in Arabian ports, Sri Lanka, Maldives and India. Sir John Chardin, a French jeweler and traveler wrote about his travels in Persia and the Middle East in his ten-volume ‘The Travels of Sir John Chardin’ from 1643 to 1713 CE. In this, he mentions that larin was used not only in the port of Khambat in Gujarat but was also the ‘chief currency of the Malabar coast’. 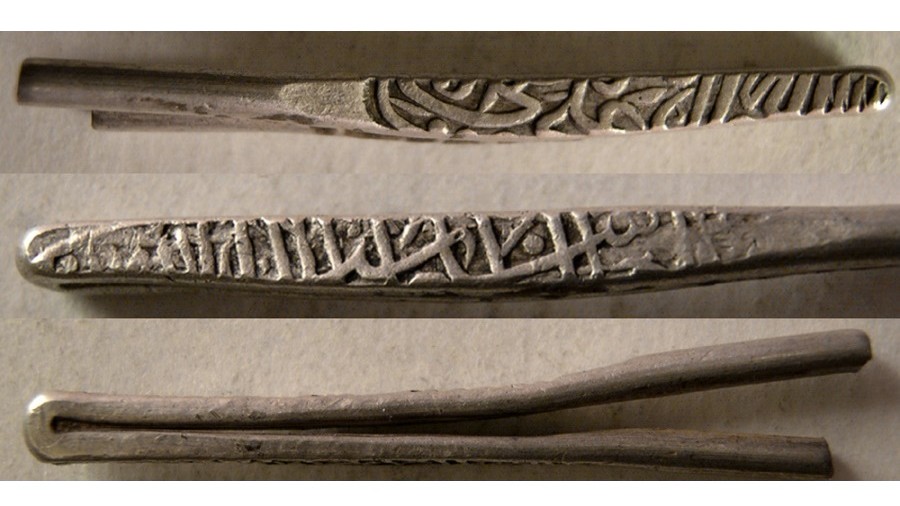 Larin, issued by the Safavid dynasty of Persia, | Vcoins

Interestingly, while larins were in use all along the western coast from Sindh to Malabar, the only Indian rulers to mint them were the Adilshahis of Bijapur.

In 1846, a large hoard of 400 larins was found in the foundation of a house at Sangameshwar near Ratnagiri in Maharashtra. Dubbed ‘Fish-Hook money’, the hoard created tremendous interest among numismatists across India. A part of the hoard was sent to Asiatic Society of Bombay and the rest, to the India House in London for further research.  It was found that these larins  were issued by Ali Adil Shah II and on the coin the name Sultan Ali Adil Shah was written on one side and Zarb Lari Dangi Sikka on the other. Danghi being a Persian denomination for a small silver coin. 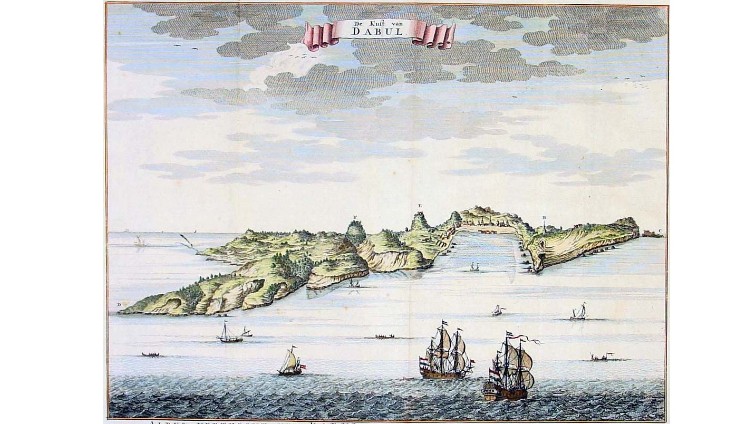 ‘A view of Dabul’ by Francois Valentijn, 1724 | Wikimedia Commons

We know that the mint for larins was at Dabhol,  as it was written on the coins. Dabhol, near Ratnagiri was then an important port in the Adilshahi kingdom.  The reference to Bijapur’s larins can be found in the journals of a French captain visiting Dabhol.  Captain Jourdain in his Journal (c. 1610–1619) notes

‘the factour of the Portugualls there pays the Governor of Dabul two thousand larins per year for the monopoly of selling wine.‘

It appears that larins continued to be in use even by successors of the Bijapur Sultanate. The Numismatic Chronicle published in 1854, mentions that there was  a document dating 1711 CE, found in the Satara Collectorate of a land-grant by Shahu, the grandson of Chhatrapati Shivaji, which mentions a sum of  200 Dabhol Larins. This led Numismatists to believe that Larins were in use right up to 18th century.

But soon after the larins seem to disappear from circulation! Sadly, there has been limited academic research, either in India or abroad, on the decline of larnis after two centuries in circulation. Could it have fallen off the market because of the emergence of the European traders who brought in their own currency? Or were the larins a victim of the shifting equations of trade in the Indian Ocean as the Arabs lost ground? Why did it disappear all across? There are a lot of questions. But if you want to see the larin today, you could find it in several museums across India as well as around the world.  Larins can be seen at the Lalbhai Dalpatbhai Museum, Ahmedabad; Deccan College Museum, Pune and British Museum among others. 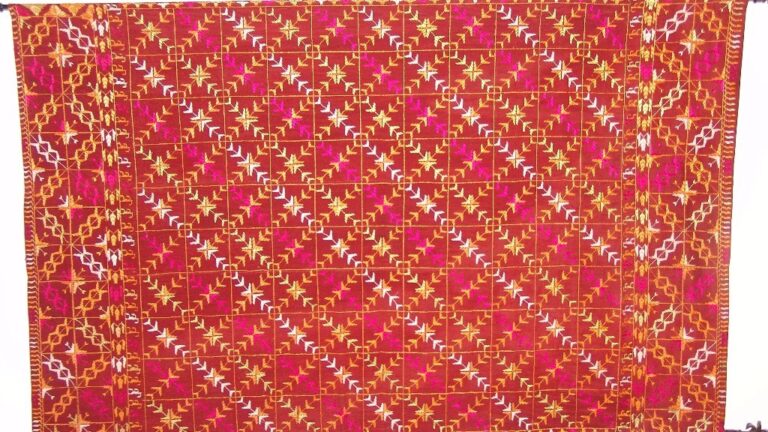 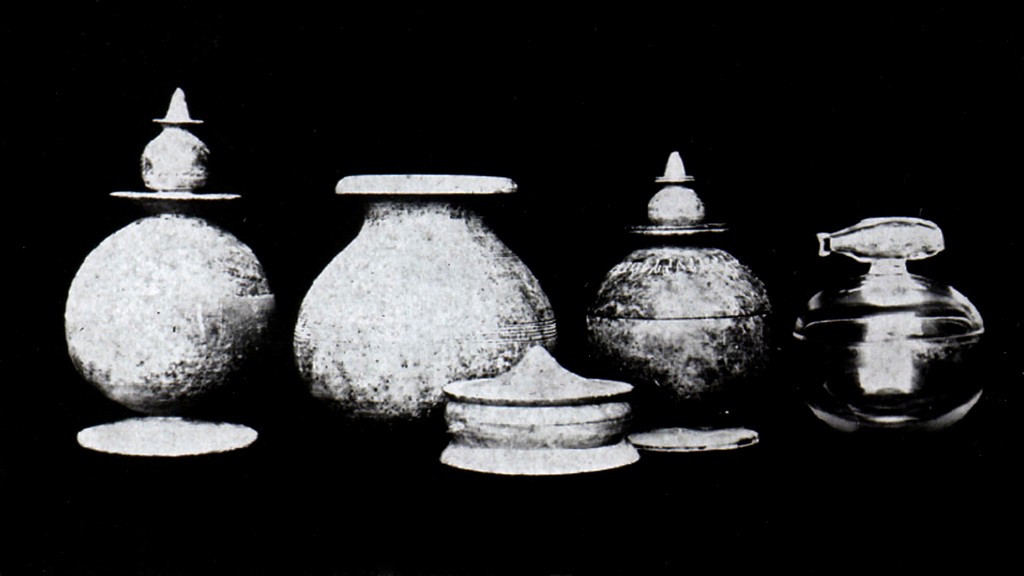 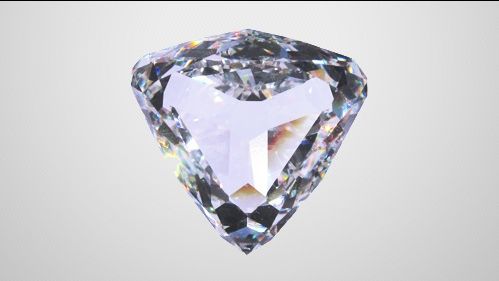