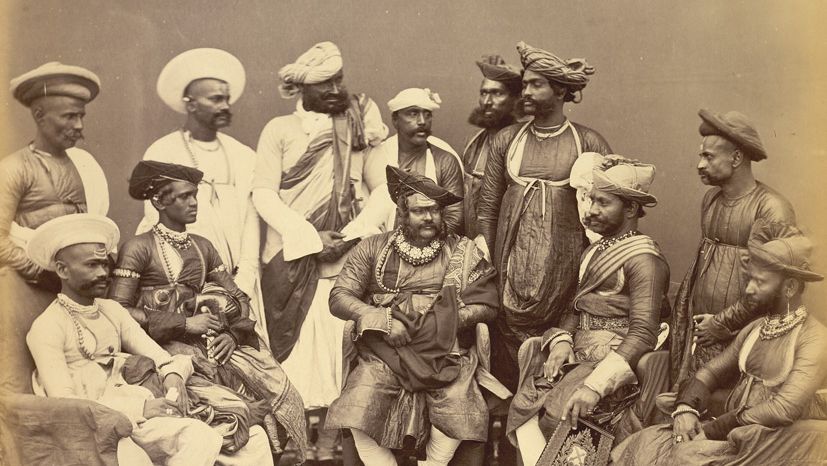 A dazzling treasure beyond imagination, a paranoid Maharaja, secret underground chambers, one of India’s grandest forts, and a quest for documents that could clear up a story straight out of the Arabian Nights. Only, this is no romantic fable.

Almost a year and a half after the story Tata Steel & Gwalior’s ‘Chambers of Secrets’ was first published on Live History India, Team LHI has accessed new and fascinating details from the National Archives of India (NAI) and other sources, that offer further insights into the discovery of the Scindia family’s hidden treasure in 1889.

First, a quick recap of the background of the Gwalior treasure. The Scindias of Gwalior began as generals of the Maratha Peshwa Bajirao I. They became the de facto rulers of large parts of Central India under Mahadji Scindia (1730-1794), whose great-grandson Jayajirao Scindia ascended the Gwalior throne in 1843. 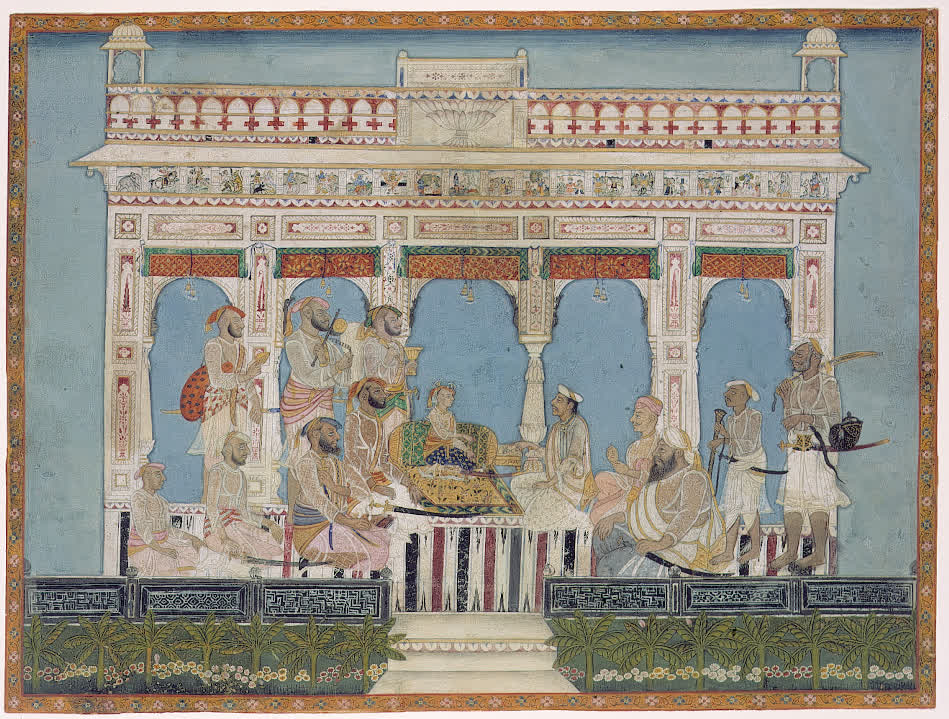 Maharaja Jayajirao Scindia had a peculiar habit. He would hide the vast wealth of the Scindias in the secret chambers of the Gwalior Fort and his palace and was the only one who had access to it. When he threw in his lot with the British during the Revolt of 1857, Jayajirao was forced to flee Gwalior when rebels under Rani Lakshmibai of Jhansi and Tatya Tope briefly captured Gwalior.

However, the Scindia treasure was so well hidden that even Rani Lakshmibai could not access it, despite their best attempts. After the Revolt was crushed, the British kept the fort in their possession and it was handed back to a desperate Maharaja Jayajirao Scindia only in 1886. 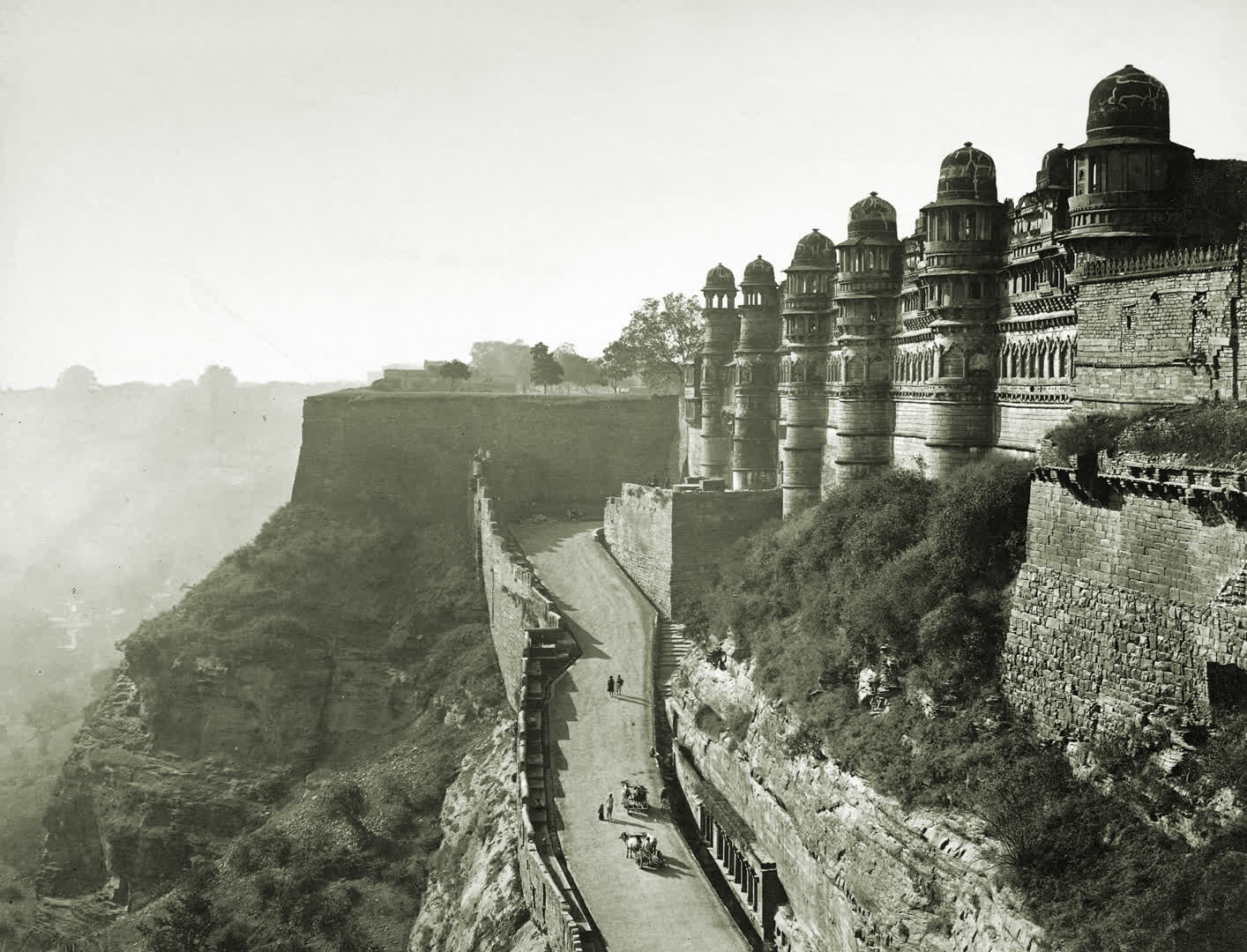 The reason for Jayajirao’s desperation is revealed to us in an article in a British magazine, The Chamber’s Journal, published on 27th July 1895. Titled ‘The Hidden Treasure In India’, the article was written by James Forbes-Mitchell, a British army officer who had served in the British Indian Army during the Revolt of 1857 and author of the book Reminiscences Of The Great Mutiny 1857-59. In his article, Forbes-Mitchell revealed an interesting story narrated to him by Lalla Muttra Pershaud (Lala Mathura Prasad), one of the richest bankers of North India at the time. Forbes-Mitchell writes:

‘You know how anxious the late Maharajah Scindia was to get back the fortress of Gwalior but very few knew the real cause prompting him. There was a concealed hoard of six crores of rupees in concealed vaults within the fortress… Long before the British Government restored the fortress to the Maharaja, everyone who knew the entrance to the vaults was dead except one man and he was extremely old…

The Maharaja was in such a situation that he must either get back his fortress or divulge the existence of the treasure to the British government and risk losing it by confiscation. As soon as the possession was restored to him and before British troops left the Gwalior territory, masons were brought from Benares sworn to secrecy in the “temple of the holy cow” before leaving and when they reached Gwalior station, they were put into carriages, blindfolded and driven to the place where they had to work. There they were kept, till they had opened the entrance to the secret vault and when the concealed vault was verified and the hole built up again, they were once more blindfolded, put into carriages and taken back to the railway station and re-booked for Benares under escort.’

However, Jayajirao Scindia did not live long to enjoy the repossession of his treasures. He died a few months later, without passing the secret of the treasure to his son and successor Maharaja Madho Rao Scindia I (grandfather of former Rajasthan Chief Minister Vasundhara Raje). 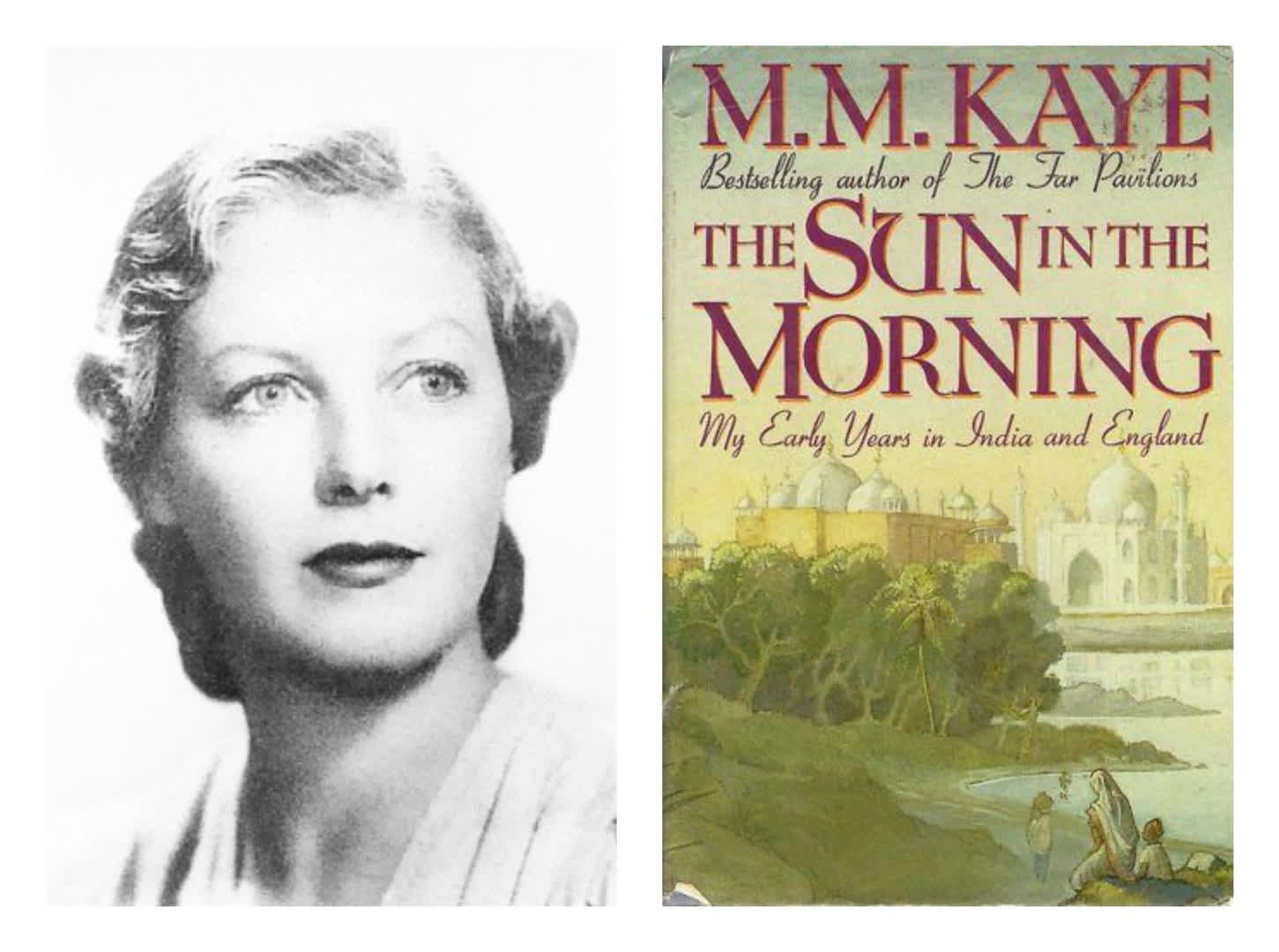 What happened next has been described by famous British writer M M Kaye (author of the famous book, The Far Pavillions), in her autobiography The Sun in the Morning. Kaye had heard this story from her father, who had served in Gwalior. Apparently, an old man (perhaps the same old man Forbes-Mitchell refers to) approached Maharaja Madho Rao, offering to reveal to him the location of the treasure, on condition that he would be taken there alone and blindfolded.

As they went deeper and deeper inside the fort, the young, blindfolded Maharaja became edgy. Hearing a suspicious noise in the dark, the Maharaja feared an assassination plot and hit the old man with a stick, killing him instantly. As the Maharaja grappled in the dark, his hand fell on a pillar which moved, revealing to him the location of the hidden chamber. 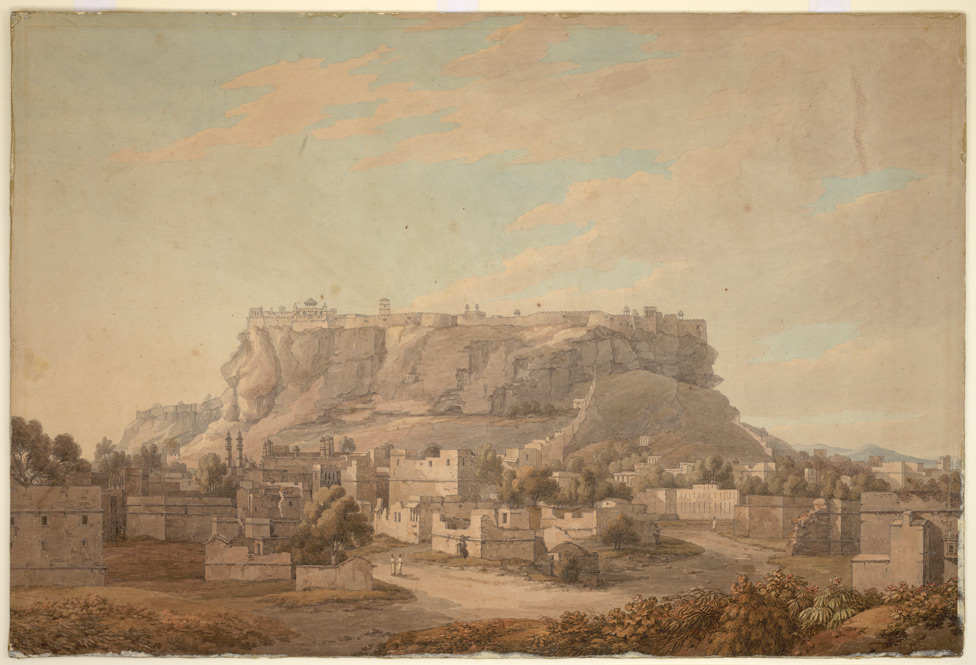 View of Gwalior Fort from the north-west   | British Library

Other secret chambers were discovered during searches undertaken by Colonel Bannerman, the then British Resident (representative) at Gwalior in 1889. This also finds a mention in Princess, the autobiography of Vijayaraje Scindia, senior BJP leader and daughter-in-law of Maharaja Madho Rao. In addition, a 1889 news report in The Spectator, London, states:

‘The government of India has discovered a treasure in Gwalior – one of those immense hoards of money, which we so often hear but which are seldom so visible in actual coin. There is only one we think, known to exist in Europe outside a bank, the treasure of the Prussian monarchy.’

Search For The Treasure Papers
The story of the Scindia treasure, first published on Live History India in July 2017, generated a lot of interest. However, there were some who wondered whether these were exaggerated accounts of Englishmen keen to embellish their recollections of an ‘exotic’ India for an eager European audience. 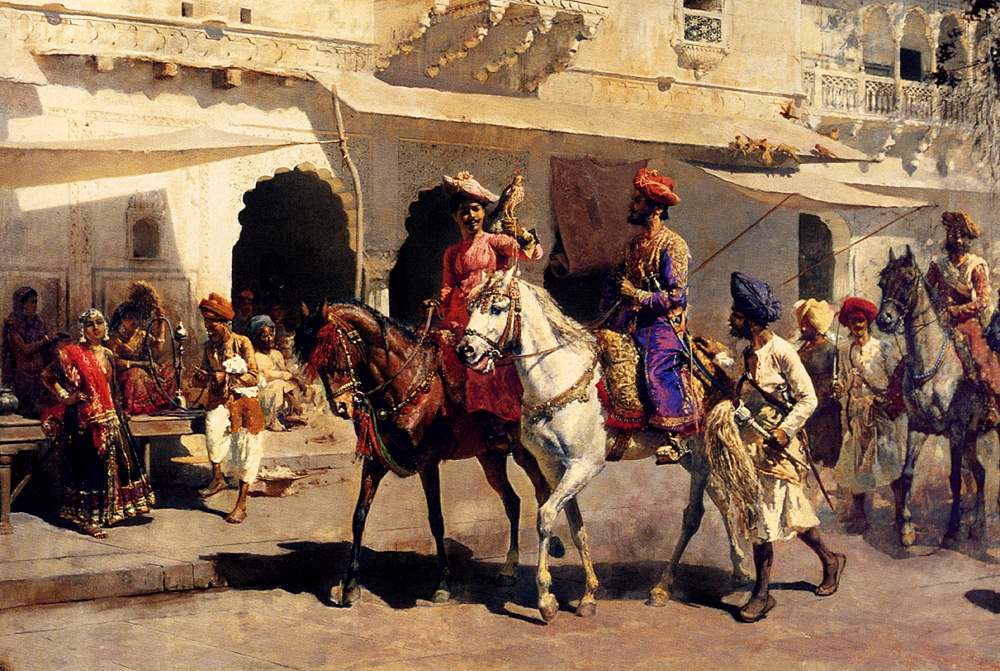 The search for the truth behind the treasure first took me to the catalogues of the India House Collection of the British Library in London. It is the largest repository of official documents relating to the British in India, from 1600 to 1947. To my great excitement, a catalogue search revealed a Gwalior Residency file dated 1889 titled Value And Composition Of The Treasure Left By The Late Maharaja Sindia of Gwalior. It was a report prepared by Colonel Bannermen for the British Government. Could this file finally reveal the true story of the treasure? 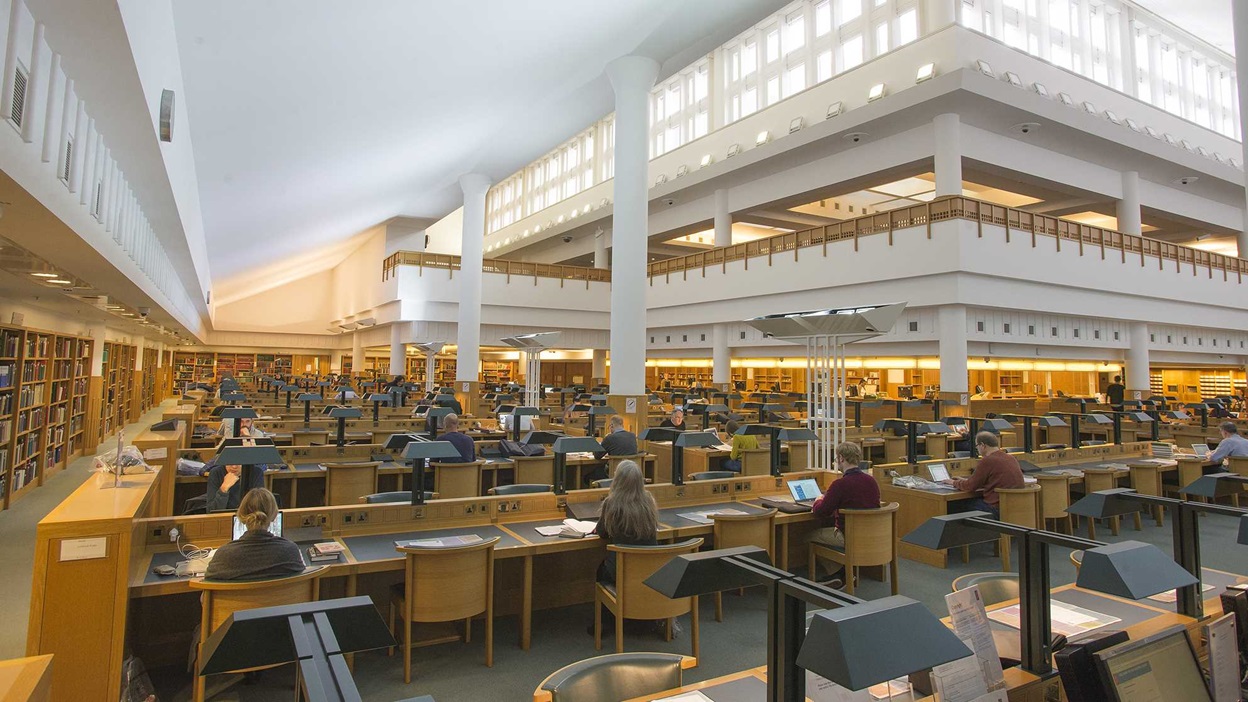 However, my excitement turned to disappointment when inquiries with the British Library revealed that the file was ‘untraceable’. Apparently, during the bombing of London by the Nazis during World War II, a part of the collection had been destroyed. It was presumed that this file was lost with it and so did my hopes of finding the truth.

In August 2018, while going through the records of the National Archives of India (NAI) in Delhi, I again stumbled upon an entry – Value And Composition Of The Treasure Left By The Late Maharaja Sindia of Gwalior. I realised that Colonel Bannerman had prepared two copies of his report, one which was sent to London and the other to the British Governor in Calcutta (which was now in NAI). Trying not to get my hopes to high, I placed a request for the file, and waited with bated breath as four months passed. On 26th December 2018, much to my amazement, I finally received a copy of the file from the NAI. The truth about the Gwalior treasure was about to be revealed! 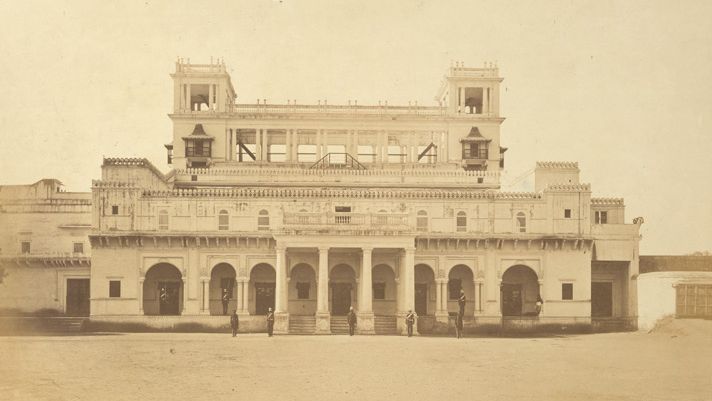 What The Gwalior Treasure Papers Reveal
The file contains six letters written by Colonel Bannerman to British officials in December 1889, describing the circumstances under which he found the treasure. It throws light on three important things – the value of the treasure, some places where it was found, and some clue to the identity of the ‘old man’ in the story. Colonel Bannerman reveals the value of treasure as:

Remember, this inventory is in 1889 rupee value and it would be worth tens of thousands of crores today. In just three wooden boxes were found loose stones, in addition to vast quantities of jewellery, that was not listed or valued: 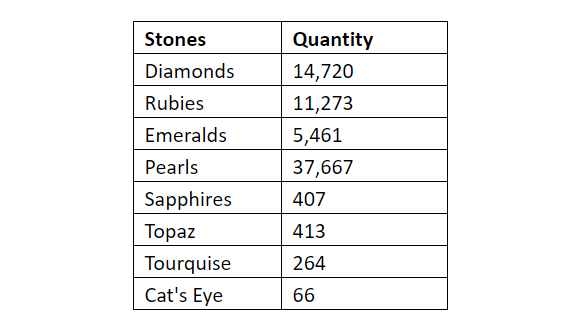 One of the Tibetan manuscripts | © British Library Board IOL Tib J 737.2 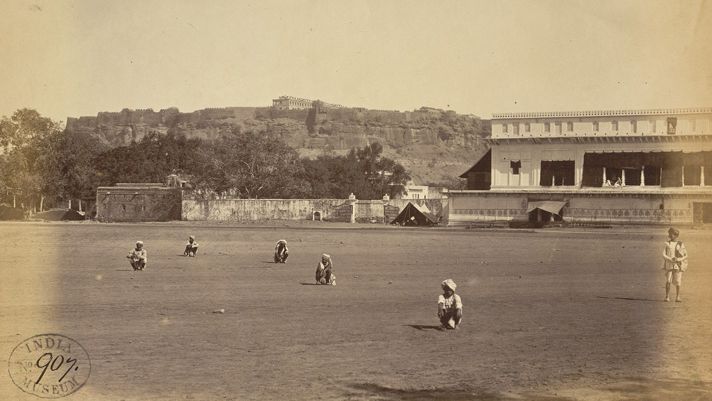 Phul Bagh, with Gwalior Fort in the distance   | British Library

Finally, who was the ‘old man’ in the British accounts? These papers offer some clues to his identity. Apparently, Maharaja Jayajirao Scindia was not the only individual who knew the location of the Scindia treasure; it was also known to his four trusted servants, referred to in the files as ‘senguras’. It seems, the Maharaja was so paranoid that each of the four knew only where one part was hidden, not the rest, and some of them had died soon after. It is quite probable that the ‘old man’ mentioned in the old British accounts may indeed have been one of the surviving senguras mentioned in Colonel Bannerman’s report.

Thus, thanks to the files from the National Archives of India, the truth about the Gwalior treasure and what actually happened has finally been revealed. Like we said, the truth is sometimes stranger than fiction!

To know what happened to the treasure and its discovery, also read Tata Steel & Gwalior’s Chamber of Secrets 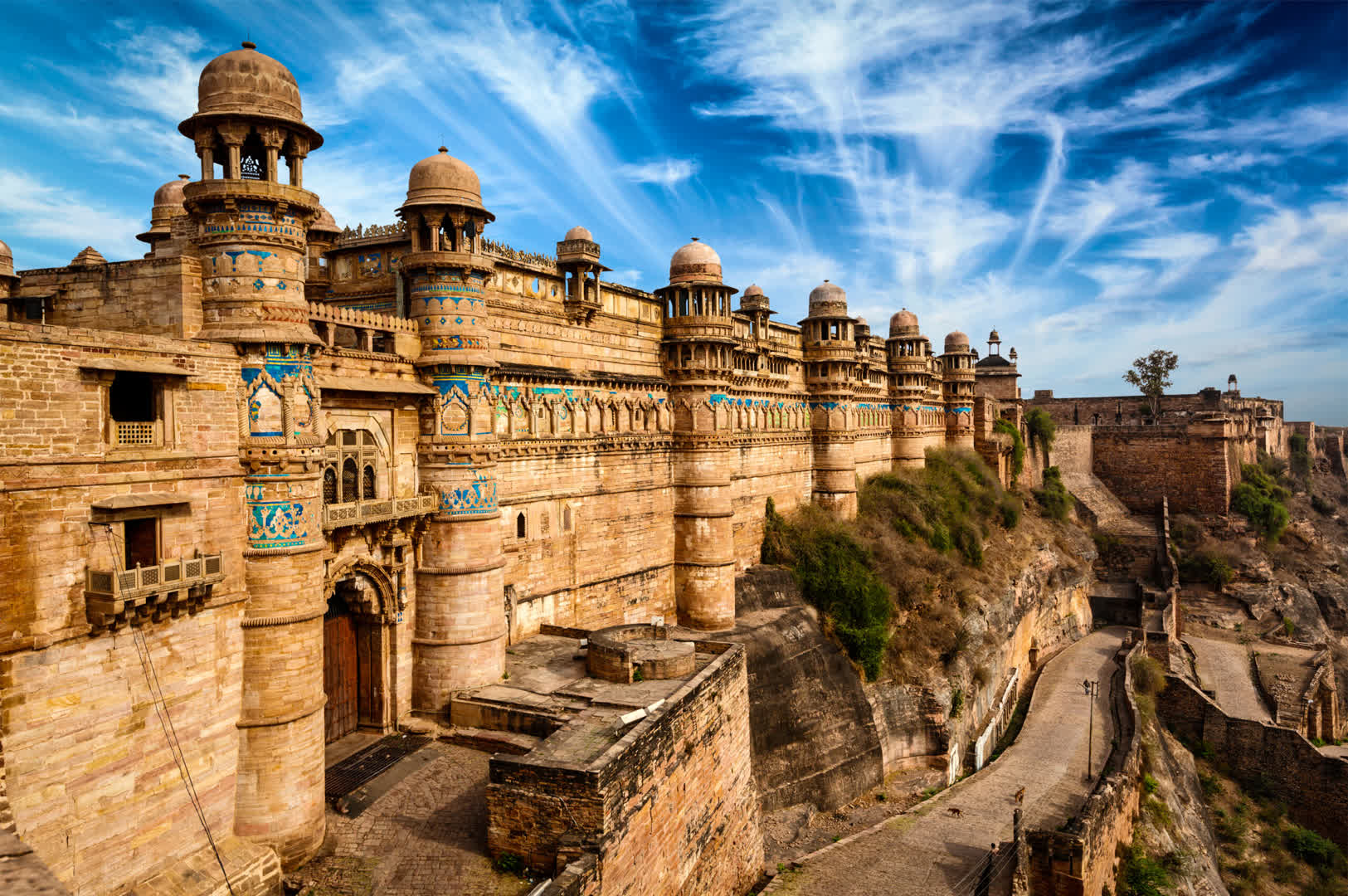 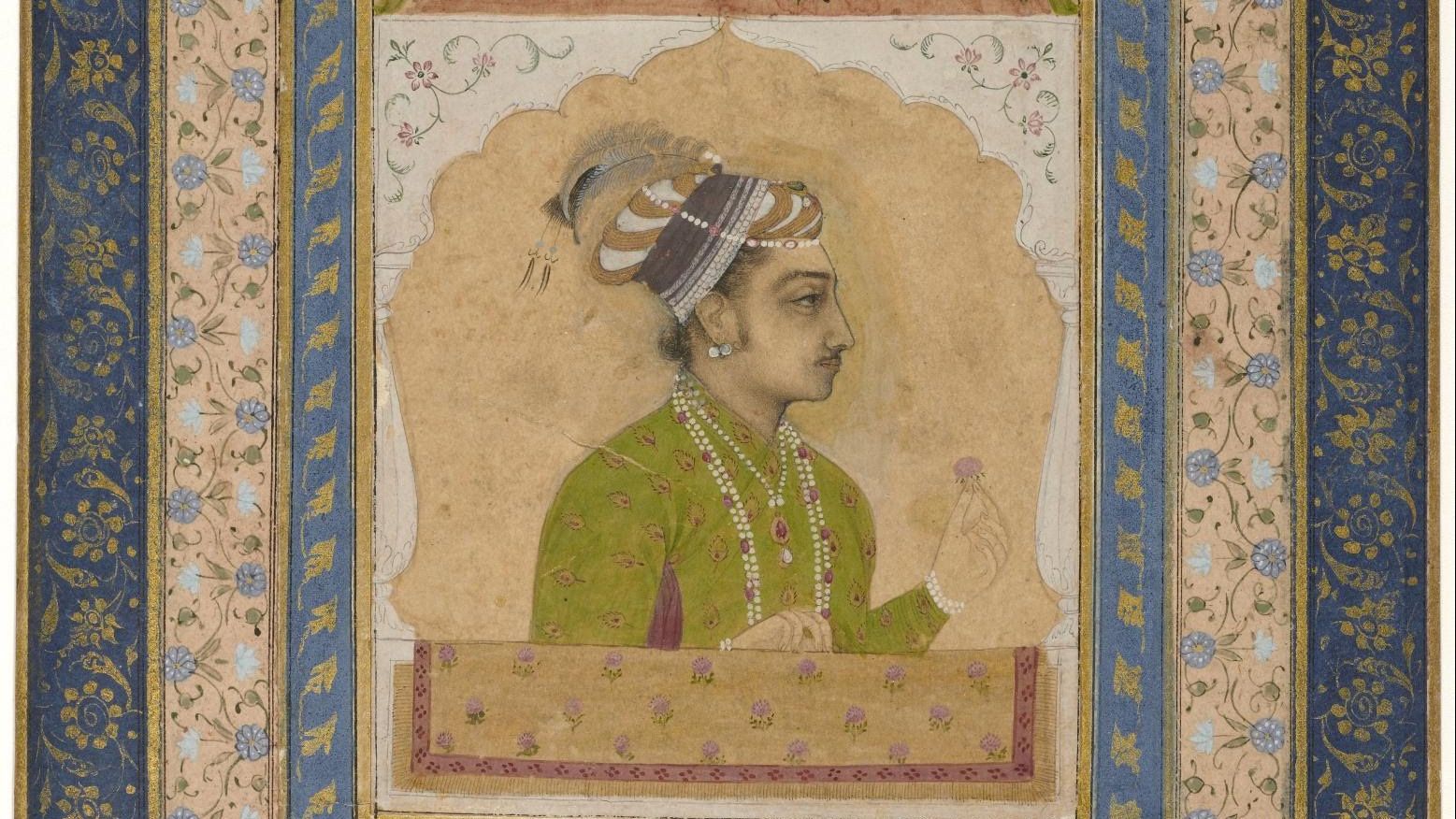 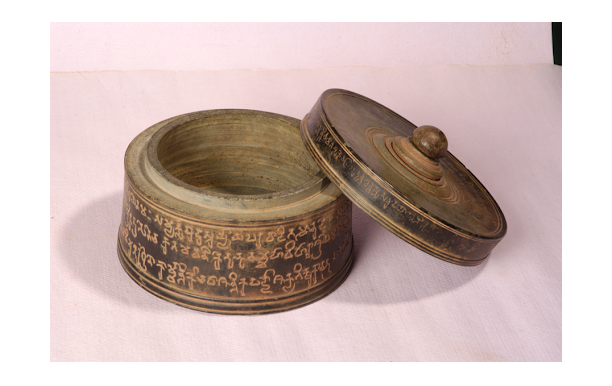 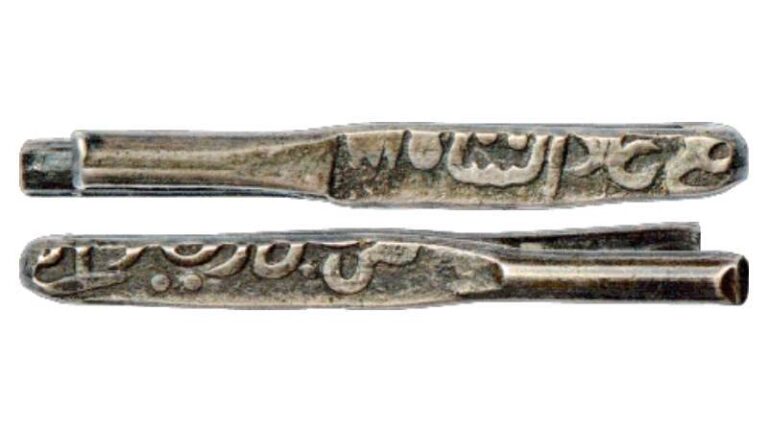