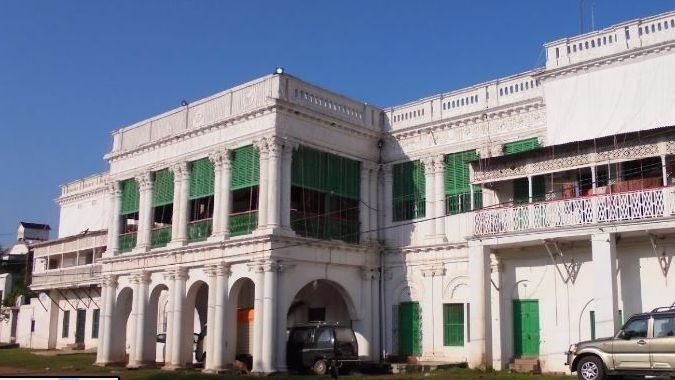 How a Biological Weapon was used to Kill a Calcutta Royal

The year was 1933 and there was no dearth of news making international headlines. The Nazis were taking control in Germany, the ‘Bodyline’ series in cricket was leading to a potential diplomatic impasse between England and Australia, and in India, the ‘Pakistan Declaration’, which sought a separate Muslim homeland from the rest of India, was making waves.

Still, a crime committed in colonial Calcutta managed to make big news worldwide. It was a highly unusual crime for it involved a biological weapon unleashed on a wealthy quasi-royal family. Here’s the story from the annals of the Kolkata police and contemporary news articles.

On 4th December 1933, 20-year-old Amarendra Chandra Pandey, heir to the wealthy Pakur Zamindar family, died in Calcutta. Pakur, now a district in Jharkhand, was a prosperous feudal state in the Rajmahal foothills in the then Bengal province of British India. It was one of many such feudal states with their own ‘Princes’ and ‘Nawabs’ in pre-Independent India.

Many of these so-called ‘royals’ led extravagant lives and deaths among young members of these families were not uncommon. But what set this death apart was not only the fact that it was a homicide but also the extraordinary modus operandi employed in the process.

At the time of this incident, the local people in Pakur consisted mainly of Santhal and Pahariya tribes with a few Bengali settlers. The zamindari family that lorded over the region had descended from a Rajput warrior clan of North India that had probably accompanied the Mughal army eastwards.

As was common in these laid-back manors, the ruling family led a life of harmony with the locals. But soon, an incident would occur that would catapult the sleepy Rajbari of Pakur into the national spotlight and bring medical science in close contact with the criminal world. 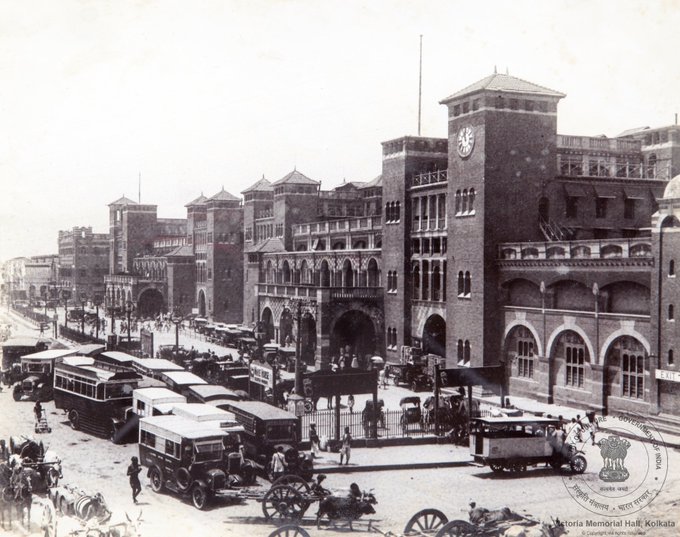 Scene in front of Howrah station, 1930s | Wikimedia Commons
Support Live History India
If you like Live History India`s work, do consider extending support to us. No contribution is too small and it will only take a minute. We thank you for pitching in.
Donate
*Terms and Conditions

It all started on 26th November 1933, when Amarendra Chandra Pandey was strolling down a platform at the busy Howrah station, to board the train back to Pakur. As was the custom, ‘royalty’ like him were always accompanied by a coterie of friends and relatives.

Suddenly, a nondescript man covered in a grey shawl brushed against Amarendra, who felt a prick on his right arm. When he cried out, his friends rushed to him. They noticed a small puncture mark on his arm and a drop of a yellowish liquid. A hunt for the man in the shawl yielded nothing. He seemed to have melted into the teeming crowds and vanished.

Amarendra’s friends grew worried and advised the ‘royal’ to see a doctor. But for a 20-year-old lad, visiting a doctor for a pinprick would be seen as cowardly. Then, out of nowhere, Benoyendra Pandey, the elder step-brother of Amarendra, appeared on the scene. He was the proverbial black sheep of the family and everyone knew that Benoyendra was no well-wisher of Amarendra, his only rival in the race for the Pakur estate and also the Deoghar Zamindari.

Benoyendra made light of the matter, “Do you know which famous clan of warriors we come from? Men of our clan do not cry over a pinprick!” If Amarendra had second thoughts about cancelling his journey to see a doctor, Benoyendra’s taunts banished the idea. The party left for Pakur by train.

Back home, Amarendra started running a temperature. At first, he was treated with home remedies but when the young heir grew delirious and started retching, the family decided to act swiftly. After three days, Amarendra was back in Calcutta with a high fever. He stayed at the Pakur palace guest house, in the Rashbehari area, and Dr Nalini Ranjan Sengupta was summoned for a home consultation.

Dr Sengupta was one of the most famous physicians in Bengal at the time and noted the hypodermic needle mark on Amarendra’s right arm. Immediate blood culture was ordered. Amarendra was severely ill by now. His hand was swollen, he was running a high temperature, his blood pressure had fallen and he was bleeding. Dr Sengupta said the prognosis was poor.

Again, the step-brother appeared on the scene. He brought in a doctor of his choice, who assured the family that Amarendra would be better soon. But on 3rd December, Amarendra slipped into a coma and died the next day. Before the family could come to terms with his sudden death, Benoyendra obtained a death certificate and got the body cremated. He had thus obliterated any clues to the cause of death.

Benoyendra didn’t account for one clue, though – the blood sample that was still in the lab, awaiting a blood culture. Soon, the chief pathologist at the School of Tropical Medicine in Calcutta returned his verdict: The blood of Amarendra was teeming with Yersinia Pestis, the bacteria that causes the bubonic plague. The plague was a notifiable disease in Calcutta and reports were immediately sent to the highest level of government. 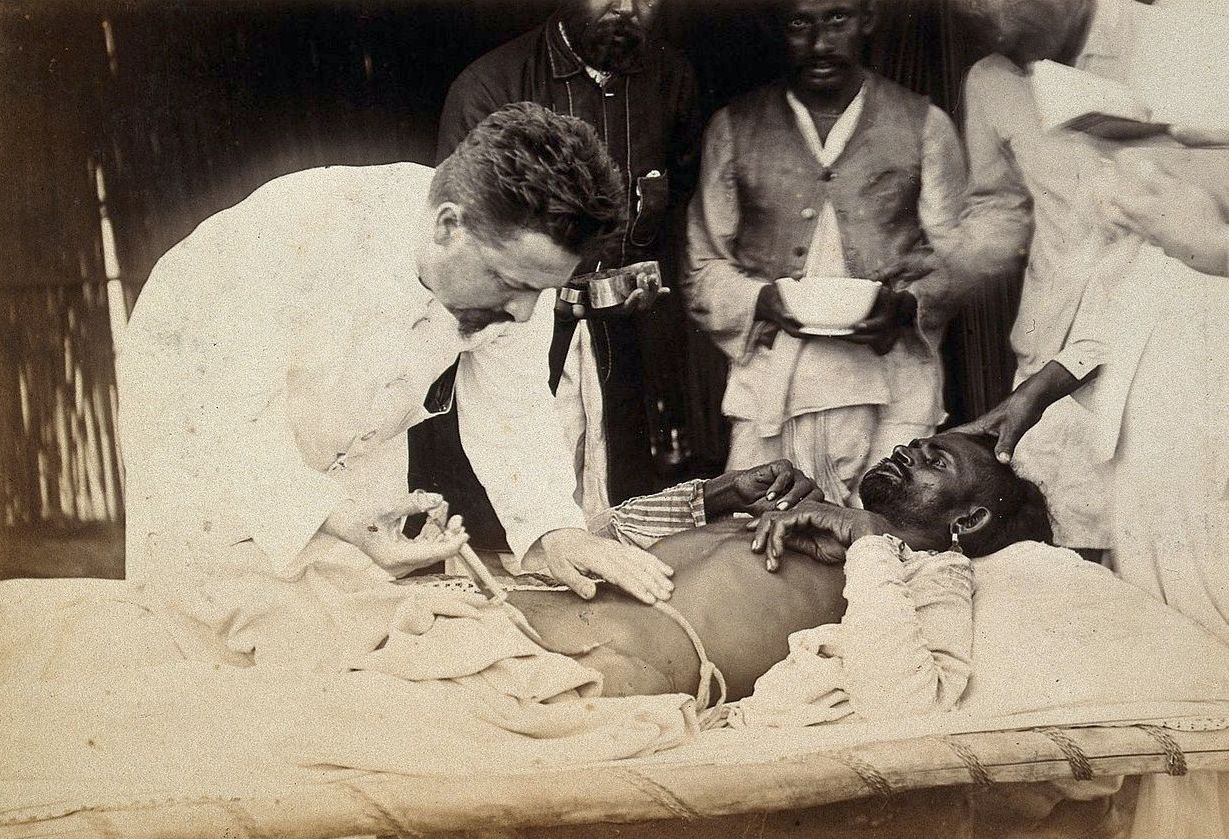 Man being injected by doctor, during the outbreak of bubonic plague

In 1896, India was hit by the bubonic plague really hard. Although the numbers were far less than those in western and north-western India, Calcutta too was affected. But the epidemic lost its virulence after ten years or so, although sporadic cases continued to be reported from various parts of India.

By the 1930s, cases of the bubonic plague were a rarity in Calcutta. Naturally, the sudden death of the scion of a prominent family in the city ruffled a few feathers in the medical community. But after a few weeks, the rumours and finger-pointing died down. Well, almost. There were some who couldn’t shake off the nagging suspicion that this was murder. After all, the plague bacillus was not accessible in Calcutta; the only place where it could be obtained was the heavily guarded laboratory of the Haffkine Institute in Bombay. It was impossible to smuggle the bacteria out, wasn’t it?

Kamala Prasad, a close relative of Amarendra, was determined to set all speculation to rest by submitting a written application to the Calcutta police about the incident in January 1934. The police started to investigate and tongues began to wag in the city.

The cause of Amarendra’s death was undoubtedly the bubonic plague. But how had he been infected? Was it just a random occurrence or had someone deliberately infected him with the deadly bacteria? History is full of stories of poisonings but poisoning with bacteria? Did someone try to commit murder under the cover of an epidemic?

The Calcutta Police, led by inspector Sarat Chandra Mitra (Bengal Intelligence Service), started investigating the whereabouts of Benoyendra Pandey, the step-brother who had the annoying habit of turning up at the most opportune moments during Amarendra’s last days. Benoyendra led a life of debauchery and had connections with many questionable characters. He had further aroused the suspicions of the police by trying to flee the Bengal province just as the First Information Report (FIR) in the case was being filed. They nabbed him at Asansol station.

During the investigations, one particular character came to prominence: Dr Taranath Bhattacharya. He was a ‘doctor’ often found travelling with Benoyendra. What exactly was his speciality? It turned out that Taranath, whose medical degree was highly dubious, worked as a laboratory assistant with one Dr Ukil in Calcutta. Using Dr Ukil’s reference, he had travelled to Bombay and introduced himself as a microbiology researcher at the Haffkine Institute.

This institute was the place where the plague vaccine was first manufactured when the epidemic had broken out in 1896, and the hospital attached to the institute had a sizeable collection of plague bacilli cultures. Taranath made a show of working with the bacillus, and once he had an adequate amount of the culture, he left.

But this whole exercise would not have been successful without the support of a medical man with considerable administrative influence. Enter Dr Sivapada Bhattacharya of the School of Tropical Medicine, Calcutta. He was a close confidant of Benoyendra and his reference letters had got Taranath through a series of hurdles with ease. Later, during the trial, it was also revealed that Taranath was the only “medical” man who had gone from Bengal to Arthur Road Hospital between 1926 and 1933.

Once the ‘biological weapon’ was obtained, they hired a contract killer and assigned him the task of injecting Amarendra with the germs. No one will know who he was as he was never apprehended.

Meticulous detective work by the Calcutta police, including the young and dynamic investigator, Sarat Chandra Mitra and officer le Brocq, put together the various pieces of the puzzle. The local newspapers followed the case and even Time magazine in its February 25, 1935 edition, published a full-length article on the incident titled Murder With Germs. The paper trails and other footprints left by the criminals were so stark that the police gathered enough evidence for Benoyendra Pandey and Taranath Bhattacharya to be charged with first-degree murder, within a year. Both were convicted in 1936 and sent to the Cellular Jail in the Andamans, to serve out a life sentence. The final verdict was pronounced by Justice J. Lort-Williams on 10 January 1936.

But history was on the criminals’ side and, 11 years after they were incarcerated, India achieved independence and many prisoners were released from the Andaman jail. Benoyendra, although not a political prisoner, managed to receive amnesty. He returned to Pakur but, by that time, he was mentally unstable. There were frequent skirmishes with family members, which culminated in a hold-up. One day, Benoyendra, armed with a gun, locked himself in a room in the palace and threatened to kill everyone present. There was a gunfight with the police and he was killed.

The Rani ki Dighi at the foot of the Rajmahal Hills (a freshwater lake dug at the behest of the Pakur Zamindar family long back to relieve the water crisis of the area) bears silent witness to this macabre episode of the Pakur Raj family.

Dr Rudrajit Paul is a consultant physician in Kolkata. He is an amateur medical historian and has contributed numerous articles on medical history in indexed medical journals. Also, he speaks regularly on Akashbani, Kolkata, on various clinical topics. 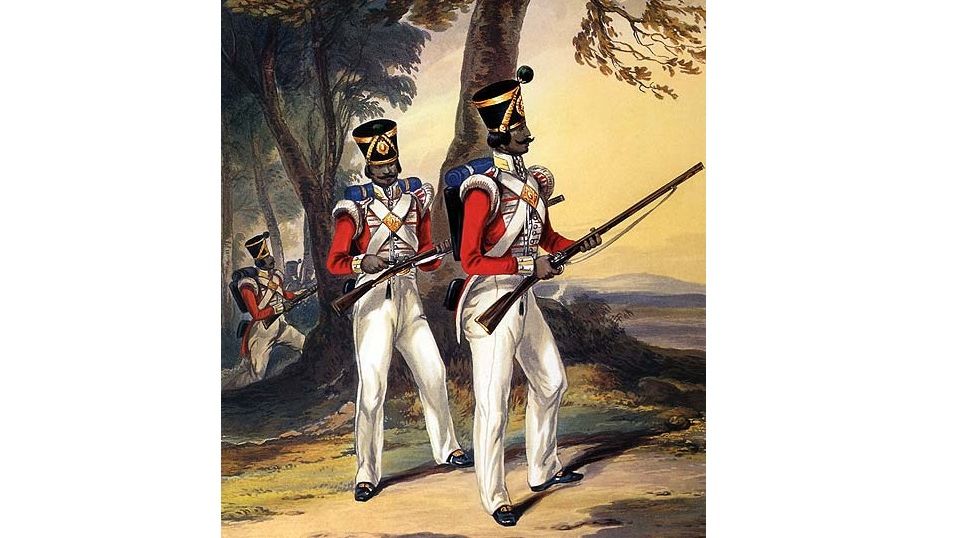 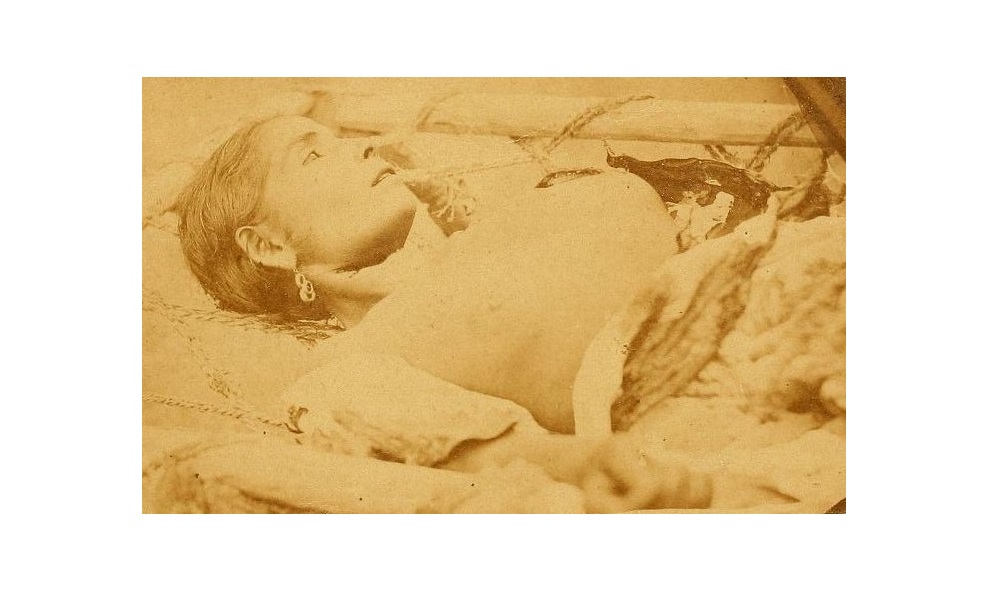 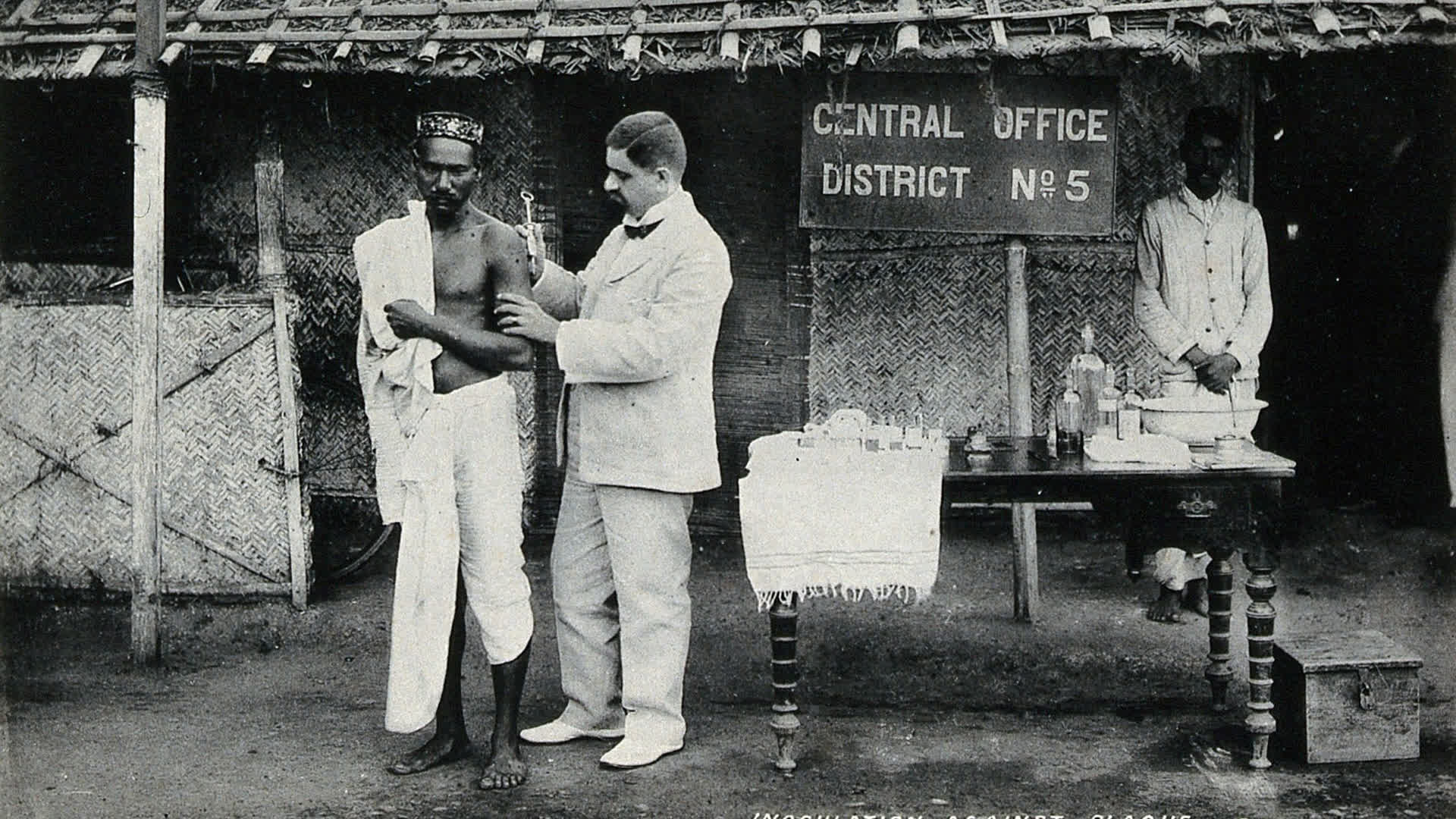 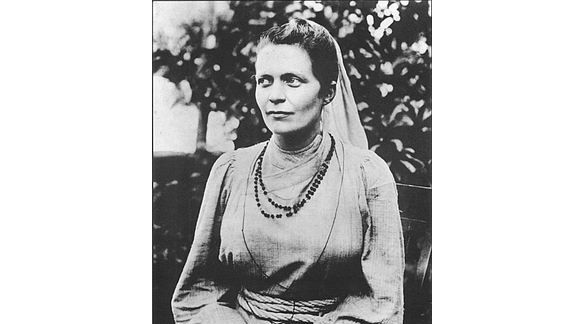 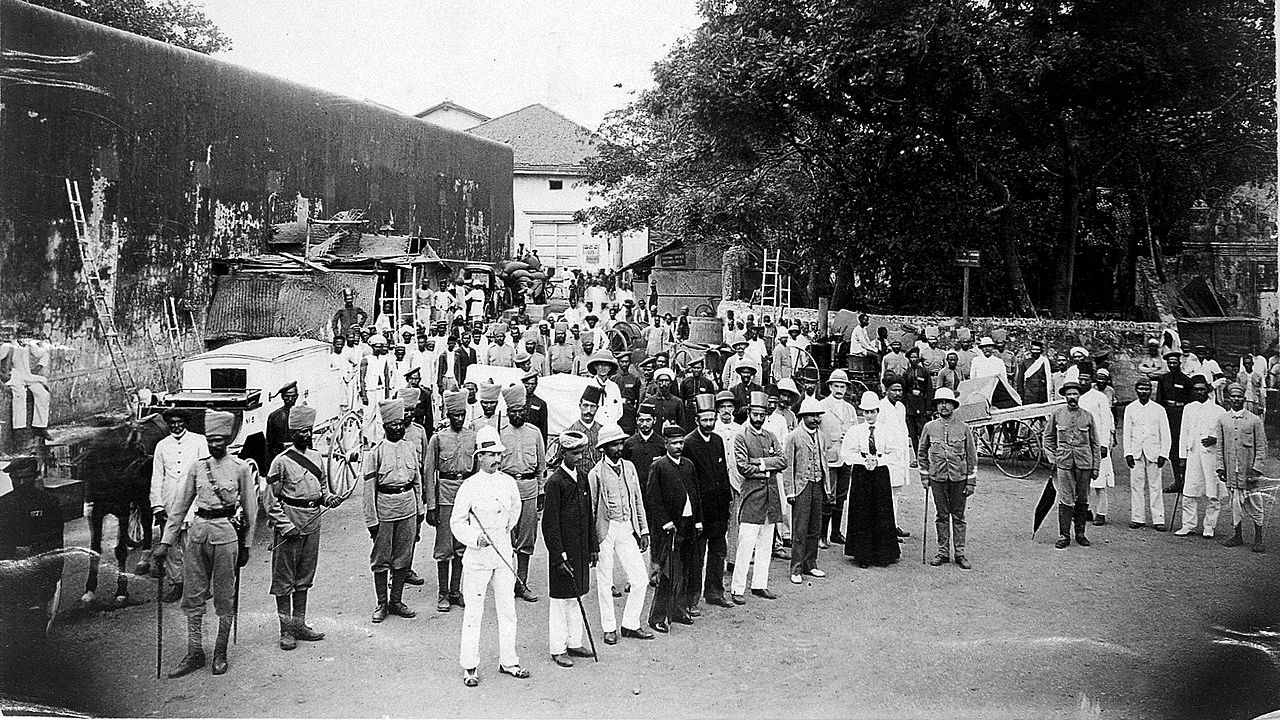 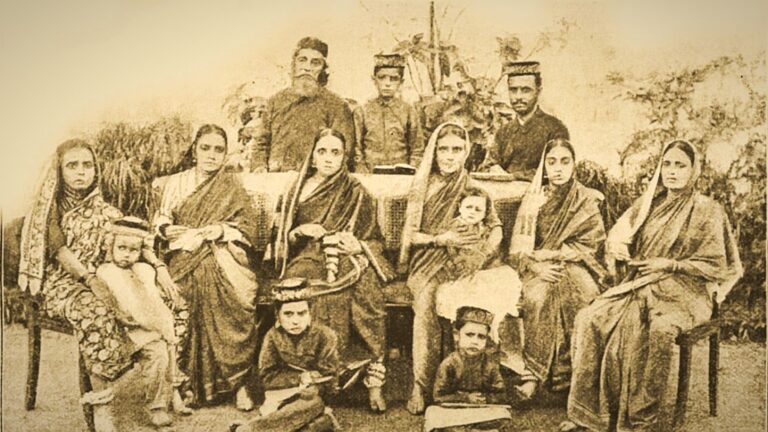 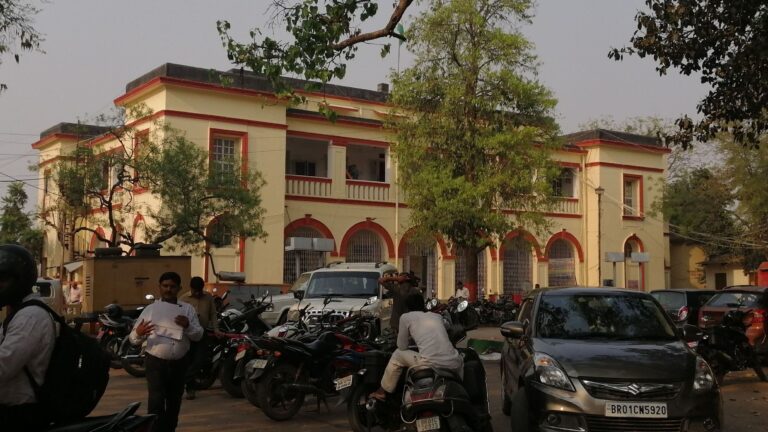 A deep connect with their heritage has fired Patna’s citizens, who are rallying to save the city’s Collectorate Complex, which was even featured in Richard Attenborough’s film ‘Gandhi’. Catch the inspiring story of  a people’s movement to rescue a 400-year-old legacy. 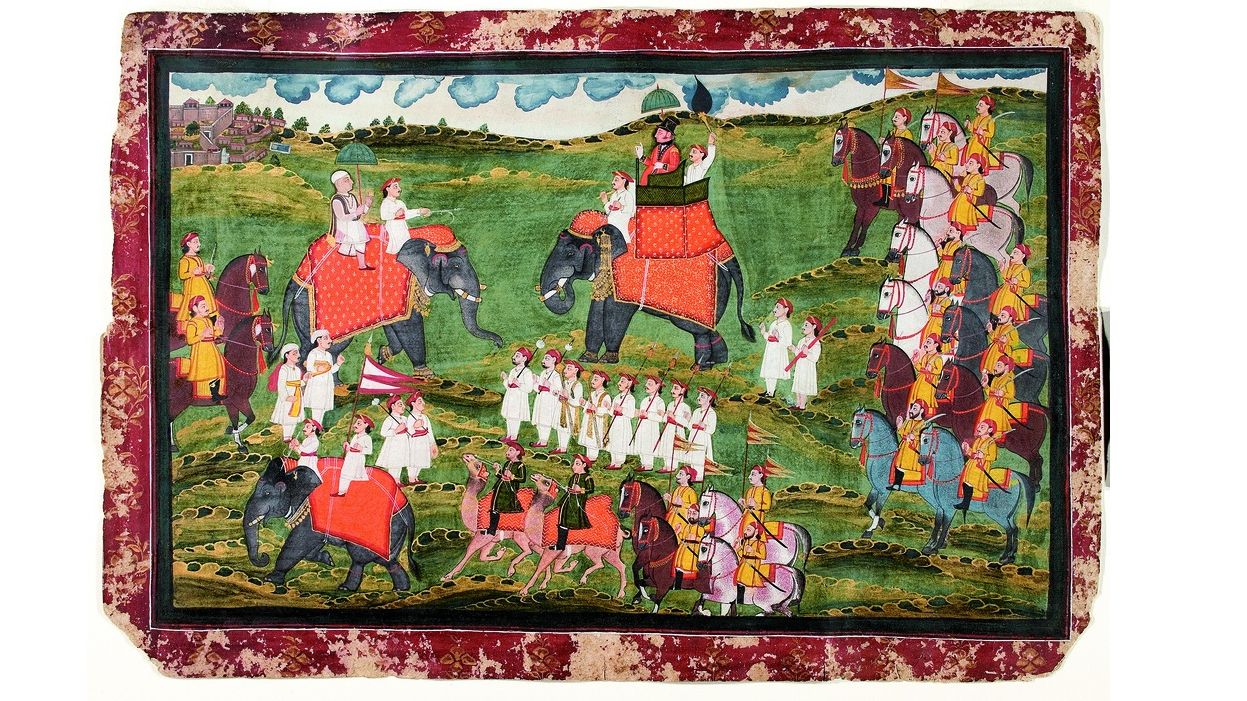