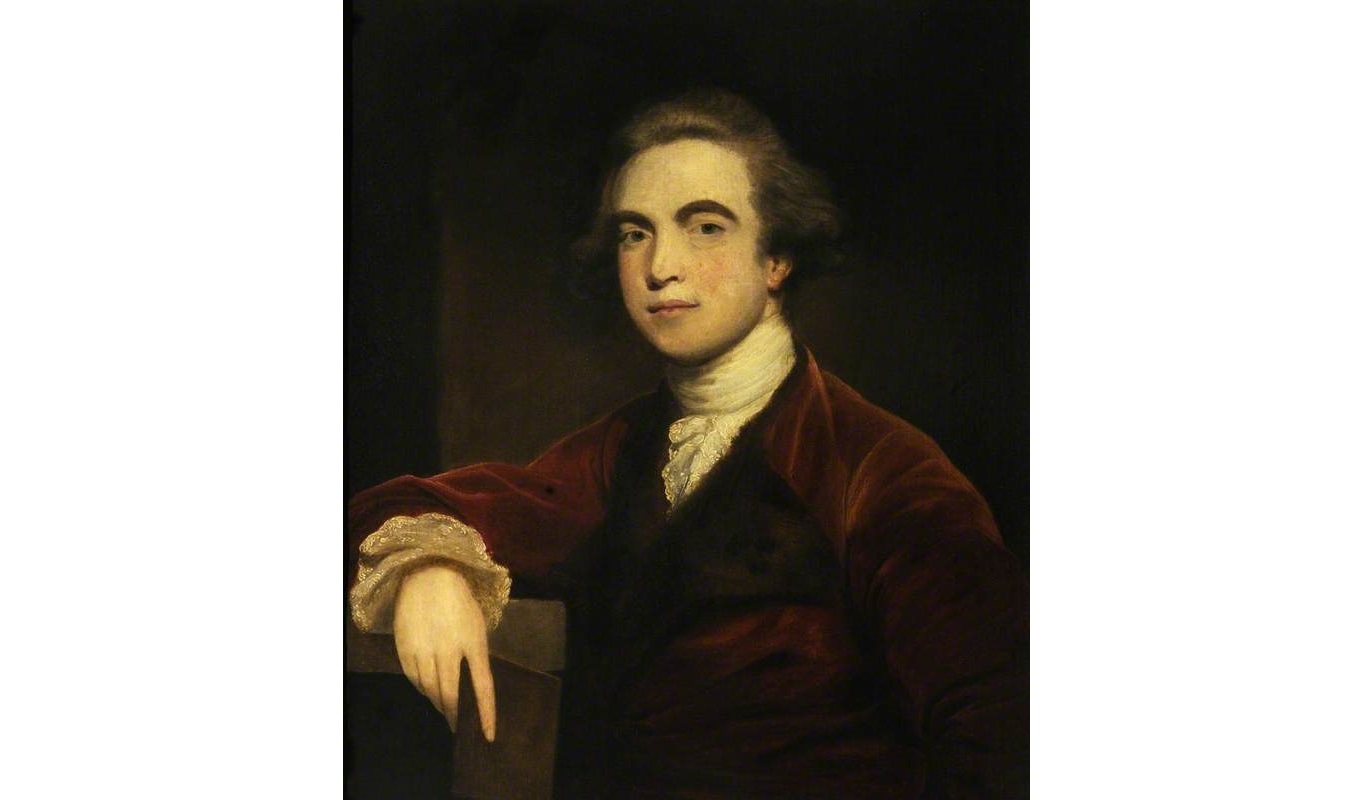 It was a discovery that opened up a whole universe of possibilities. In the late 18th century, a gifted jurist in the newly established power centre of the East India Company, Calcutta, discovered a connection and set the stage for a thousand more. A master of 28 languages, Sir William Jones was the first to identify a strong link (and hence common roots) between Sanskrit and Latin in 1789. Famous as the founder of the Asiatic Society of Bengal, Calcutta, Jones’s deep fascination for the subcontinent would set the ball rolling for many others like him – who dug deep to understand and ‘find’ India.

We start our new series on the great ‘discoveries’ that helped us piece together the history of the subcontinent – with Sir William Jones. 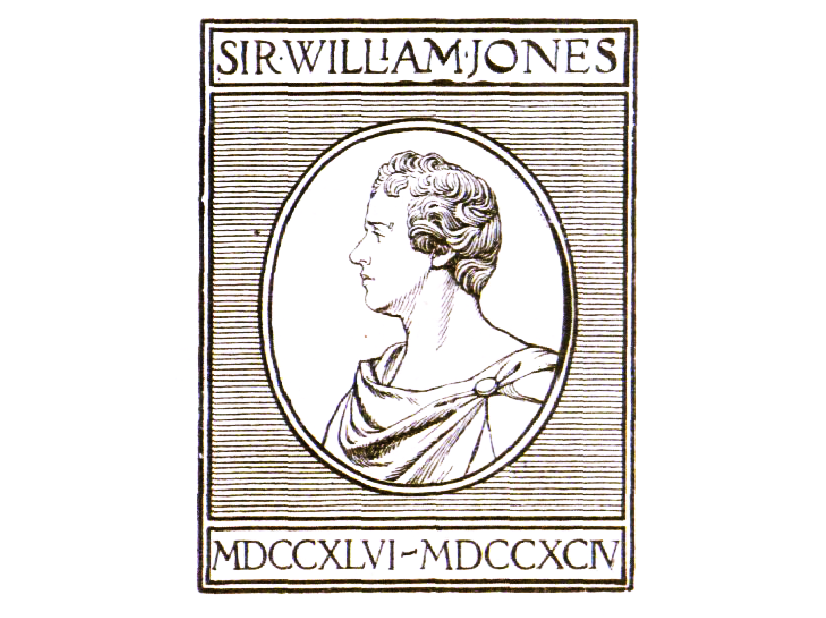 On the 23rd of June 1757, an event took place in the small village of Palashi in Bengal which would shape the destiny of a subcontinent. This event, known in history as the Battle of Plassey, was the face-off between British East India Company (EIC) forces led by Colonel Robert Clive and the forces of Siraj ud Daula, the Nawab of Bengal. Siraj’s forces were wiped out and Clive took possession of Bengal for the EIC. This set the stage for 190 years of British rule in India – first by the EIC and then by the Crown. In the 18th century, while the East India Company had used its cunning to win Bengal, they had very little interest in or knowledge about how to actually manage the affairs of the territory they had seized. Greed and profit may have fuelled their aggression but they needed help to manage their new ‘kingdom’. This period thus saw the influx of many British nationals who took up residence in Calcutta. They were asked to help create the ‘edifice’ of British rule and advised to learn about India and Indian ways so that they could govern the new land they suddenly possessed. 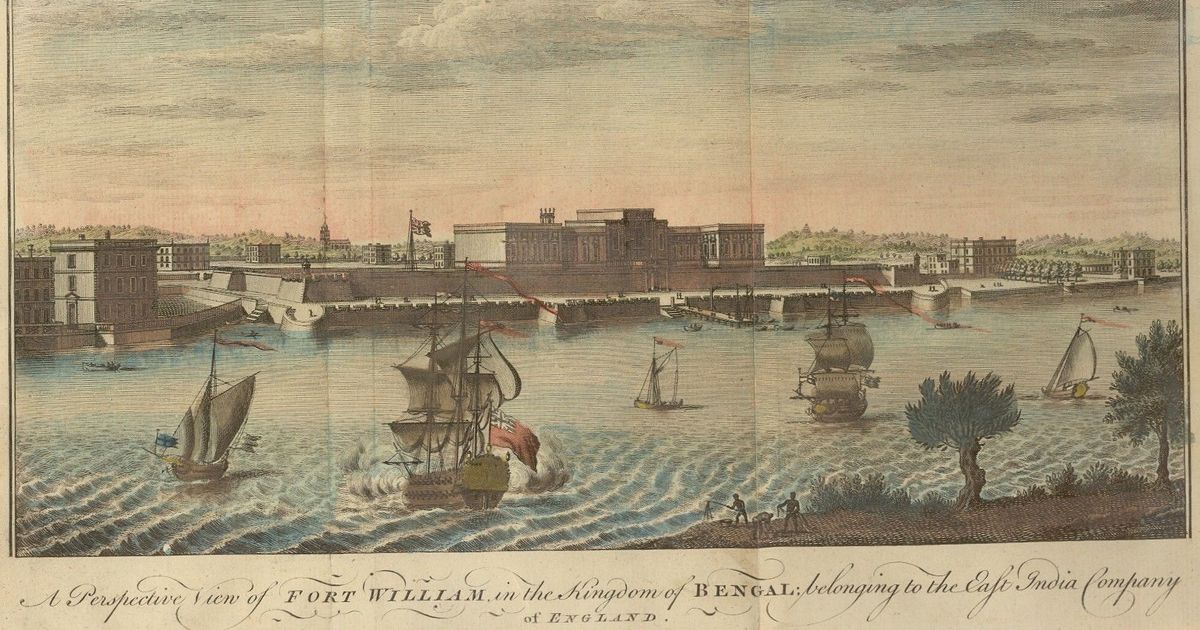 A perspective view of Fort William in the Kingdom of Bengal, belonging to the East India Company; by Jan Van Ryne, 1754 | Wikimedia Commons

In 1783, a young William Jones came in as an Associate Judge of the Supreme Court of Calcutta. Jones had an interesting background. Born in England in 1746, he represented a new generation of ‘scientifically minded’ young men that the colleges of England were producing. Apart from studying law, Jones was a student of classical languages and had a natural flair for them. A linguist who knew over 20 languages, Jones was particularly interested in comparative linguistics and philology – the study of the evolution of languages and their linkages.

He came to India with a great interest in Indic languages (the dominant language family of the Indian subcontinent), and with a desire to understand them and their association with the classical languages of Europe. To this end, Jones hired the services of noted Indian pundits to teach him Sanskrit and Hindi. He was already fluent in Arabic and Persian and had published a number of works based on translations of Persian texts. He studied the Vedas under Pundit Ramlochana of the Nadiya Hindu University. He then studied the various Dhamashastras and Smritis (Hindu Laws) from Pundit Jaganath Tarka Panchanan, himself a master of the Dhamashastras.

Jones published his first path-breaking research work on India in a volume called Asiatick Researches (1788) published in 1789. In this paper, he proposed that Greek, Latin and Sanskrit had common roots. But he wasn’t the first European to make this connection as others had talked about the antiquity of Sanskrit and its similarities with European languages. Marcus Zuerius van Boxhorn had already noticed similarities in 1650 and had proposed a common language he called ‘Scythisn’; Gaston-Laurent Coeurdoux, who did a lot of work in Southern India, proposed something very similar in 1767; and Max Mueller, writing over a hundred years later, even considered Coeurdoux the father of philology. 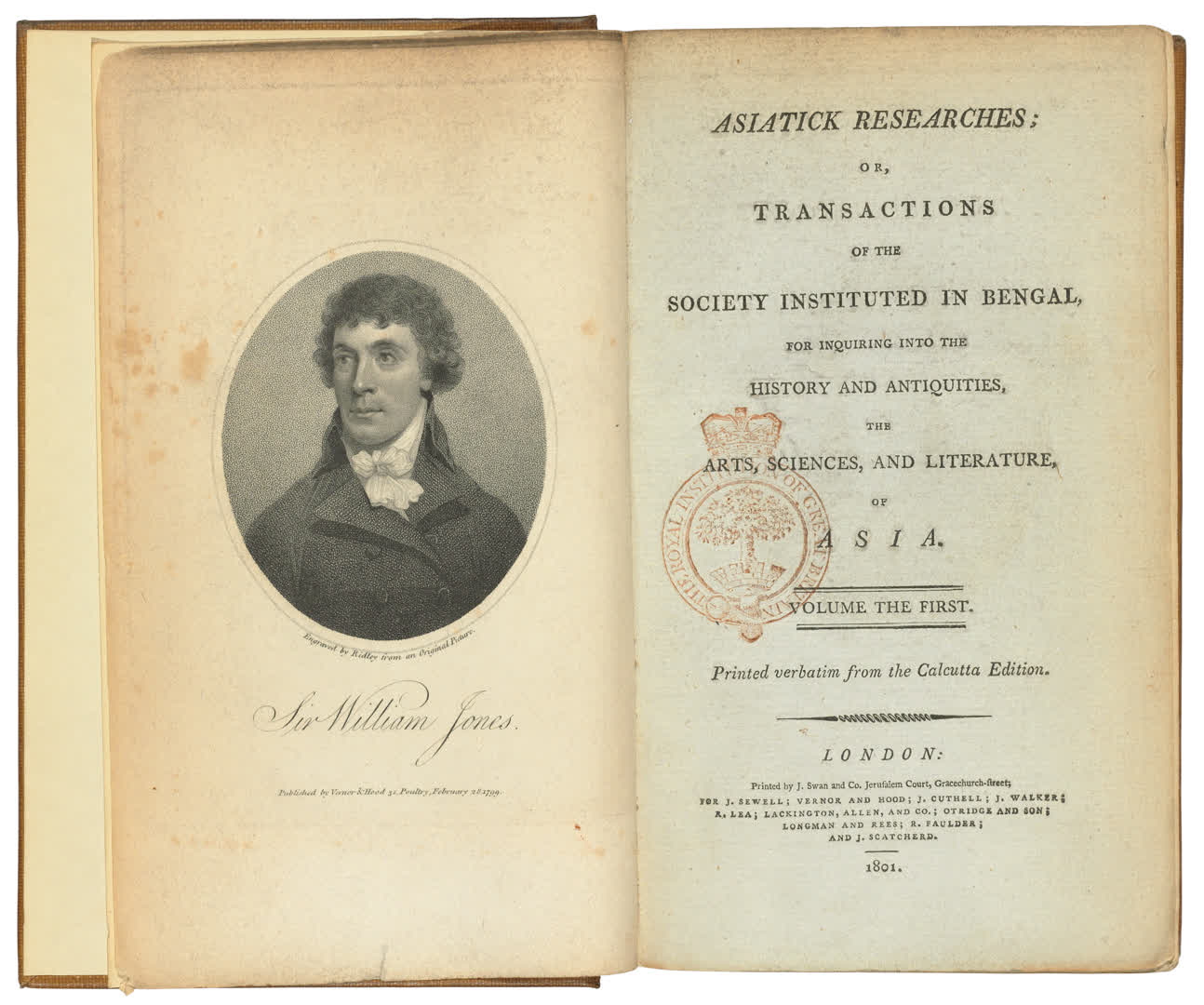 But Jones took this claim one step further – he was the first to back it with research. This was possible because of his phenomenal mastery over 28 languages. He was the first to deduce that there was a whole bunch of languages that stemmed from the same Indo-European group. We have to bear in mind that while his hypothesis was not flawless and neither were his conclusions (he had little to work with vis-a-vis comparative linguistics and the prevalent theories of population migrations were limited), his insights were revolutionary for an age when it was believed that human civilisation was barely 6,000 years old!

Jones’s interest in Indian culture ran so deep that he formally led the team that founded the Asiatic Society of Bengal. The aim of this Society was to investigate the nature of man and the world in which he lived. Admission was open to all those with a love of learning, and a desire to promote and facilitate research. To this end, he ended up influencing and creating a large group of members who were mainly scholars, civil servants, military men and members of the British community in Calcutta. The society later included a number of merchants too. 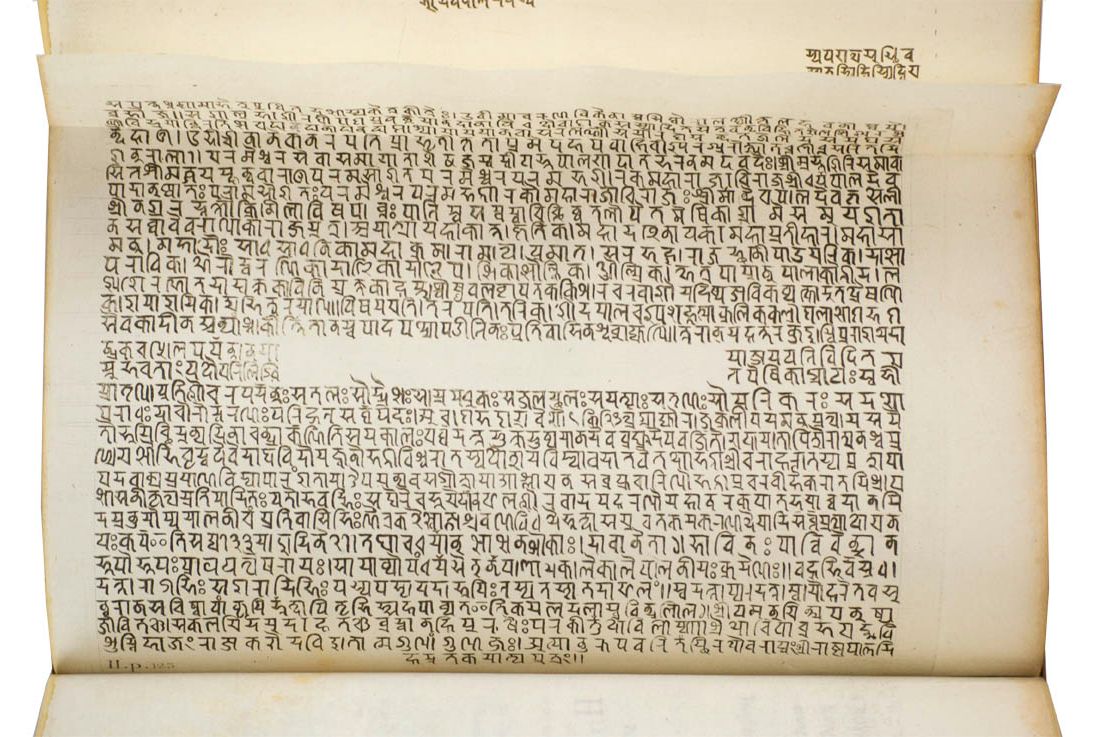 A page from Jones’s Asiatick Researches

The impact the Asiatic Society would have gone beyond Jones’s wildest expectations. Within a few years, scores of members were reading and publishing papers based on their travels, meetings with Indian potentates, discourses with Indian pundits, and their recordings of fauna, flora, geography and geology.

These were all, of course, greatly beneficial to the ruling elite, that is, the East India Company, as they were a great source of data on the subcontinent. Soon, learned members of the Society were writing tomes on their research including translations of Hindu and Muslim texts and books on Hindu Law. Henry Thomas Colebrooke, who translated Jones’s book Digest of Hindu Laws, went on to become one of the founding members of the Royal Asiatic Society of Great Britain. Jones had a deep and abiding love for India and all things Indian, which was infectious as he inspired a great many of his colleagues to explore multiple fields of scholarship. He was such a dedicated man to the Society and its publication, Asiatick Researches, that he presided over his last meeting of the Society while the fourth volume was being published and he was but 24 hours away from his death. 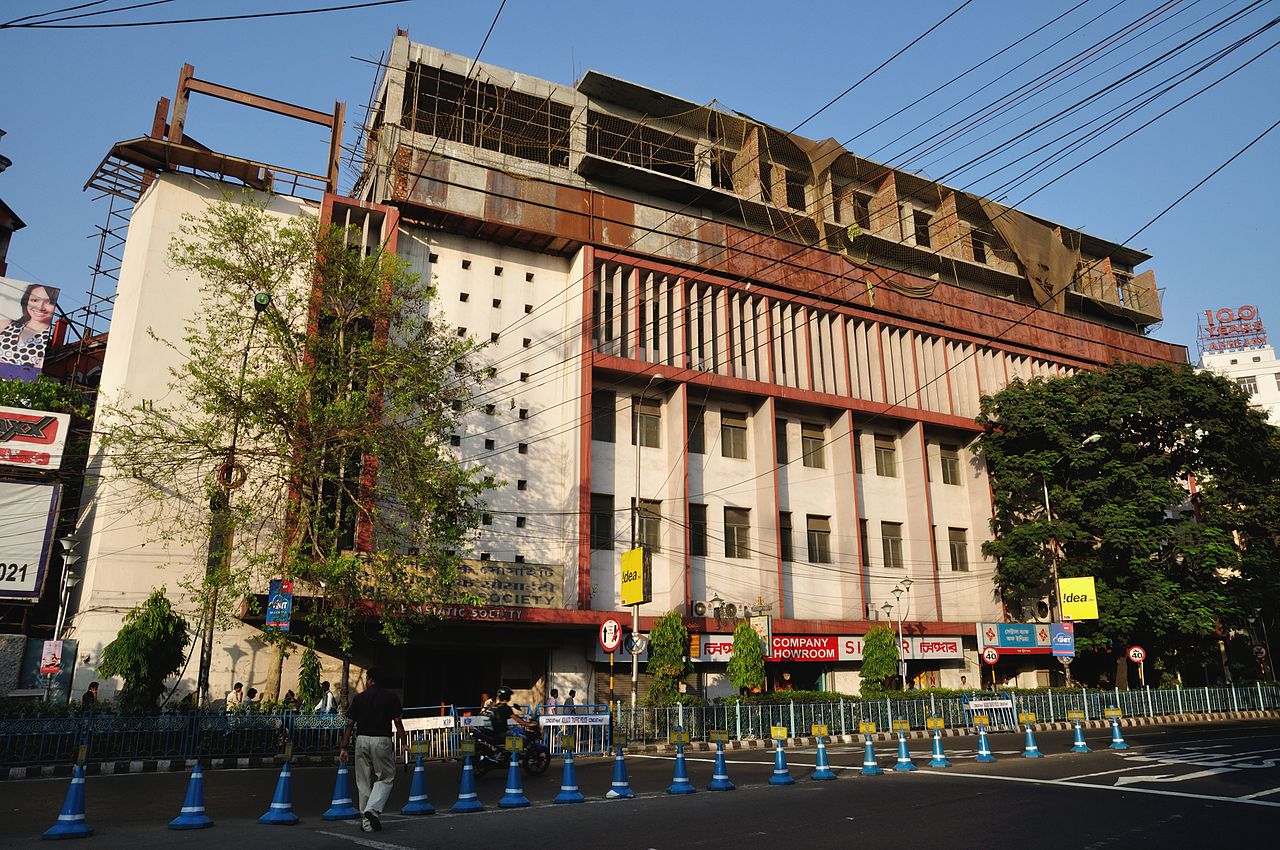 Antiquarian research in India started thanks to this man, his Society and the efforts of his colleagues. Indeed, we can say that the very beginnings of scientific inquiry into the antiquity of India and the subsequent research into Indian archaeology have their genesis in Jones’s work and the Asiatic Society that he founded. The first translations of the Brahmi script were made in 1790 by Charles Wilkins, who also deciphered the Kutila and Gupta scripts (early Brahmi was to wait another 47 years to be read). Soon, momentum gathered and the interests of the members moved away from linguistics to numismatics, art history and architecture.

Asiatick Researches did not see just a publication of linguistic data and geographic data but very early articles on rare animal species were also a part of the work. The pangolin and the loris are two little-known animals today, and they were even known even less in the 18th century. It was a pair of authoritative (for that time) papers devoted to them in Asiatick Researches that brought them within the purview of zoology. 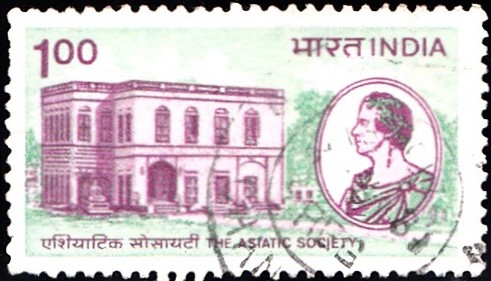 Commemorative stamp issued on the bicentenary of the Asiatic Society | http://www.istampgallery.com/

Many a geological report was published in the Society’s proceedings and this became a very important resource. Alongside the writing of articles and reading of papers, the Society soon began to amass a series of collections of dried plants, stuffed birds, fossils, minerals, skeletal remains, numismatic data, sculptures in stone and metal, various native artefacts and portraits and busts. In 1805, the Society finally acquired permanent premises at Park Street in Calcutta and moved into a purpose-built structure in 1808.

In 1804, the Asiatic Society of Bombay was established. From its very inception, it was a very active body and soon saw the publication of its own journal and the creation of its own collection of rare and exotic materials, including manuscripts and artefacts that would one day form the nucleus of the collection of the Prince of Wales Museum of Western India (now the Chhatrapati Shivaji Maharaj Vastu Sanghralaya) in Mumbai, considered one of the top three museums in India. Jones fuelled the fire of romanticism, according to KAR Kennedy (who has extensively researched and written about William Jones). His translations of Shakuntala and Gita Govindam, as well as his translation of the Manusmriti, rocked the English-speaking world. Translations of Indian literature became incredibly popular in the UK and the US. This legacy was also reflected in the archaeological studies carried out by the two Asiatic Societies (and a bit by the Literary Society of Madras) in the next two centuries.

The journals of these societies soon became the most respectable ones in the fields of Sanskrit studies, Indology, Archaeology, Art History, Linguistics and a host of other subjects. The great museums of Kolkata, Mumbai and Madras – the Indian Museum, the Prince of Wales Museum and the Egmore Museum – all owe their beginnings to the collections of the Asiatic Societies of Bengal and Mumbai and the Literary Society of Madras. Sir William Jones passed away in Calcutta on the 27th of April 1794 at the age of 47. He had spent barely 12 years in the country he so loved, yet he contributed so much towards our understanding of India and its ancient past. Few visit his tomb in the South Park Cemetery in Kolkata today but his legacy lives on. 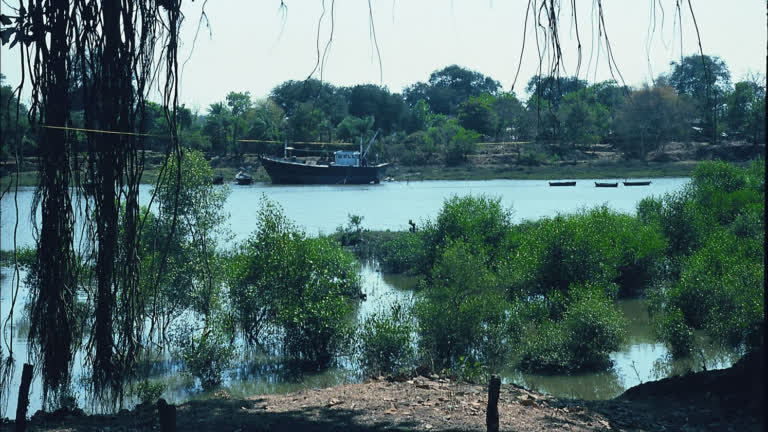 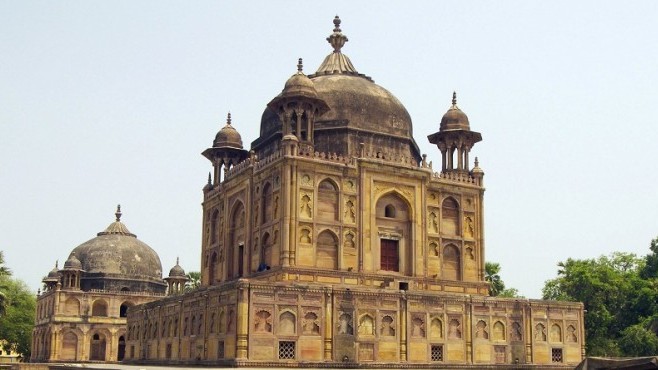 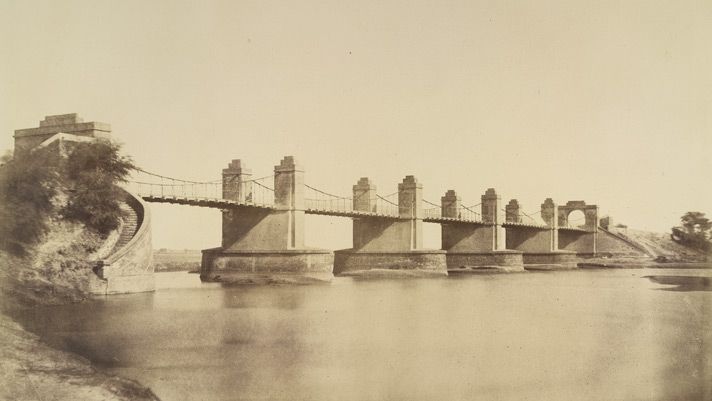 What if we told you that the industrial city of Ghaziabad, also known as a ‘crime capital’, has a strong Harappan connection? Read about Ghaziabad’s surprising past and how it is embracing a modern future