Narasimha, the part-lion, part-man deity is considered to be one of the ten avatars or incarnations of Lord Vishnu. But ever wondered why is it that the most important temples of Narasimha are located in the Telangana – Andhra Pradesh region? The story of the evolution of Narasimha worship in India, reveals some fascinating insights into this unique deity, and where he came from.

The story of Narasimha is found in a range of Puranas such as the ‘Matsya Purana’ , ‘Padma Purana’ and ‘Harivamsa’. The story goes that a demon King named Hiranyakasipu, performed tapas or penance for 11,000 years and asked for a boon from Lord Brahma – it was for virtual immortality, almost.He asked that he should not meet his end at the hands of either man or animal, neither by any weapon, nor during the day or night. Armed with this boon, and feeling invincible, it is said that Hiranyakasipu went on a rampage to harass the gods. To end this, Lord Vishnu took the avatar of Narasimha, the part-lion, part-man diety and killed Hiranyakasipu with his sharp nails. There are 17 different versions of this story, and interestingly the story of Prahlada, the Vishnu worshipping son of Hiranyakasipu and the appearance of Narasimha out of a pillar, do not appear in early versions of the story.

Historically, the roots of Narasimha worship can be traced to lion worship in ancient India. The Rigveda (1500-1200 BCE) contains a hymn (1.154) which describes Vishnu as a ‘wild beast, dreadful, prowling, mountain-roaming’. During the early Vedic times, Vishnu was a minor deity compared to others like Indra, Agni and Vayu. Over centuries, the cults of different deities such as Nara-Narayana, Vasudeva, and Vishnu, merged together to form the Vaishnava sect.

Historians like A. Eschmann and many others believe that Narasimha must have evolved from a lion deity worshipped by tribals in Telangana and Andhra Pradesh. The oldest known representation of Narasimha is found in a panel at the Kondamotu village, in Guntur district of Andhra Pradesh, dating back to the 4th century CE. It depicts a lion with two human hands holding a gada or mace and chakra or disk, the two symbols of Lord Vishnu. Its discovery in the area is interesting, as even today coastal Andhra remains the very core of Narasimha worship in India. While the Kondamotu Narasimha dates to the late Satavahana times, it was only during the rule of Gupta dynasty (4th to 6th century CE) that Narasimha worship gained widespread popularity in large parts of India. In fact, even the name of one of the Gupta emperors was ‘Narasimhagupta’ (470-535 CE). 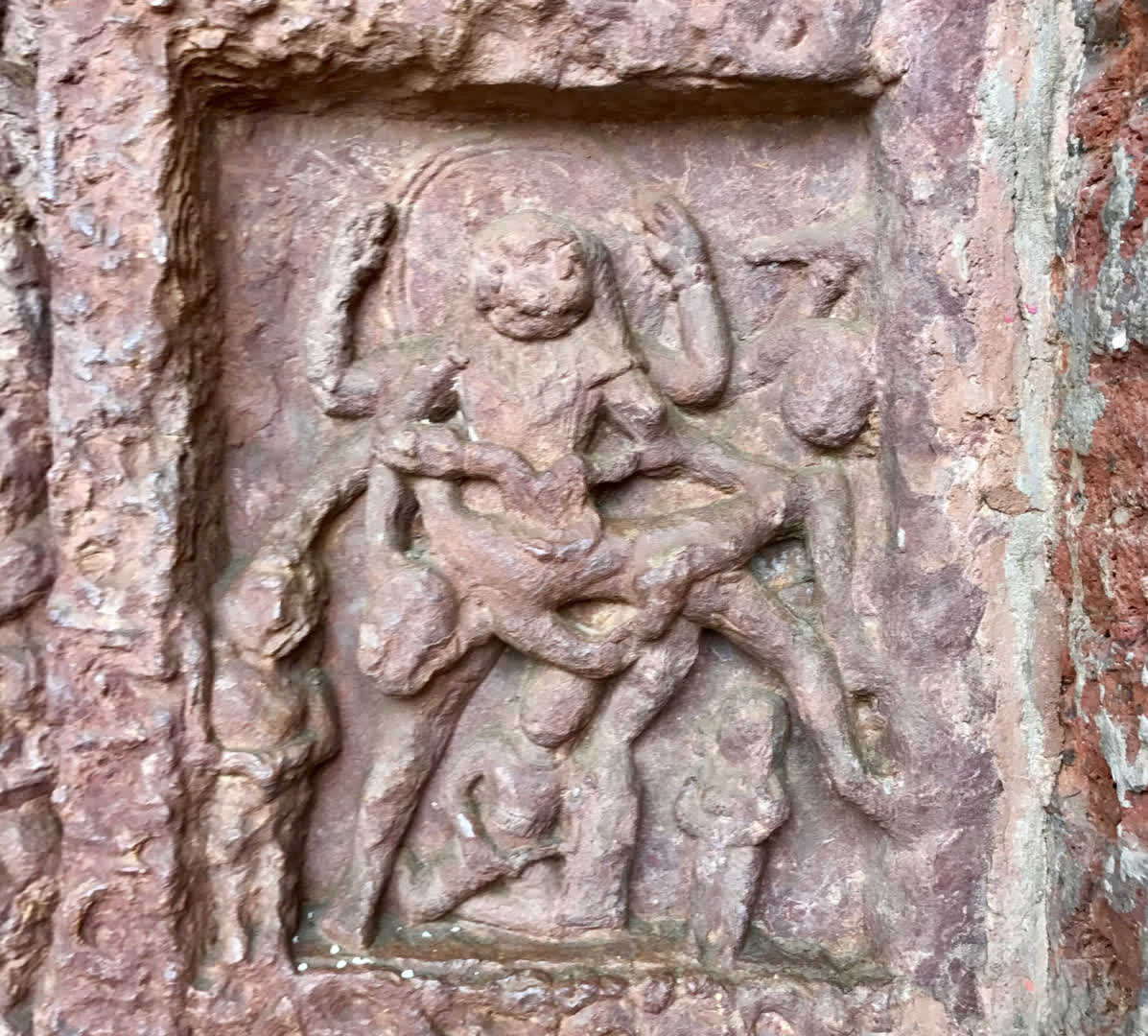 It is in the post-Gupta period, that the story of Narasimha coming out of a pillar, to kill Hiranyakasipu appeared. The origins of this ‘pillar’ connection are revealed by Indian historian, Prof Suvira Jaiswal in her paper ‘The evolution of Narasimha Legend and its possible sources’ presented at the Indian History Congress in 1973. According to Prof Jaiswal, this symbol of the ‘pillar’ can be traced to the totem poles worshipped by the tribes that inhabited the forests of Odisha, Telangana, Andhra Pradesh and Chattisgarh. Over time, tribal beliefs were incorporated in the Vaishnava tradition, leading to the story that Narasimha emerged out of a pillar. Interestingly, in Odisha, where tribal beliefs merged with Shakta and Shaivite tradition, they took the form of pillar goddess ‘Stambeshwari’ or Shiva as Stambeshwar Mahadev.

The famous temple at Puri was once a Narasimha temple

Not many people are aware of the deep connection that Narasimha has with the Jagannatha temple at Puri, either. The famous temple at Puri was once a Narasimha temple, in the interim phase between its origins as a tribal shrine and to its evolution to the present day Jagannatha temple. Even today, Narasimha is the presiding deity of the shrine and all the ceremonies begin with offerings to him. Also, the ‘Narasimha mantra’ is chanted during the prayers and ceremonies at the temple.

It was during the rule of the Vakatakas with their capital at Nandivardhan (present day Nagardhan, Maharashtra) between 3rd to 6th centuries CE, that Narasimha worship spread from Odisha and Andhra, to large parts of present-day Chhatisgarh and Maharashtra. The large Narasimha at the Ramtek Hill in Nagpur, is strikingly similar to the contemporary Narasimha images found in Odisha. 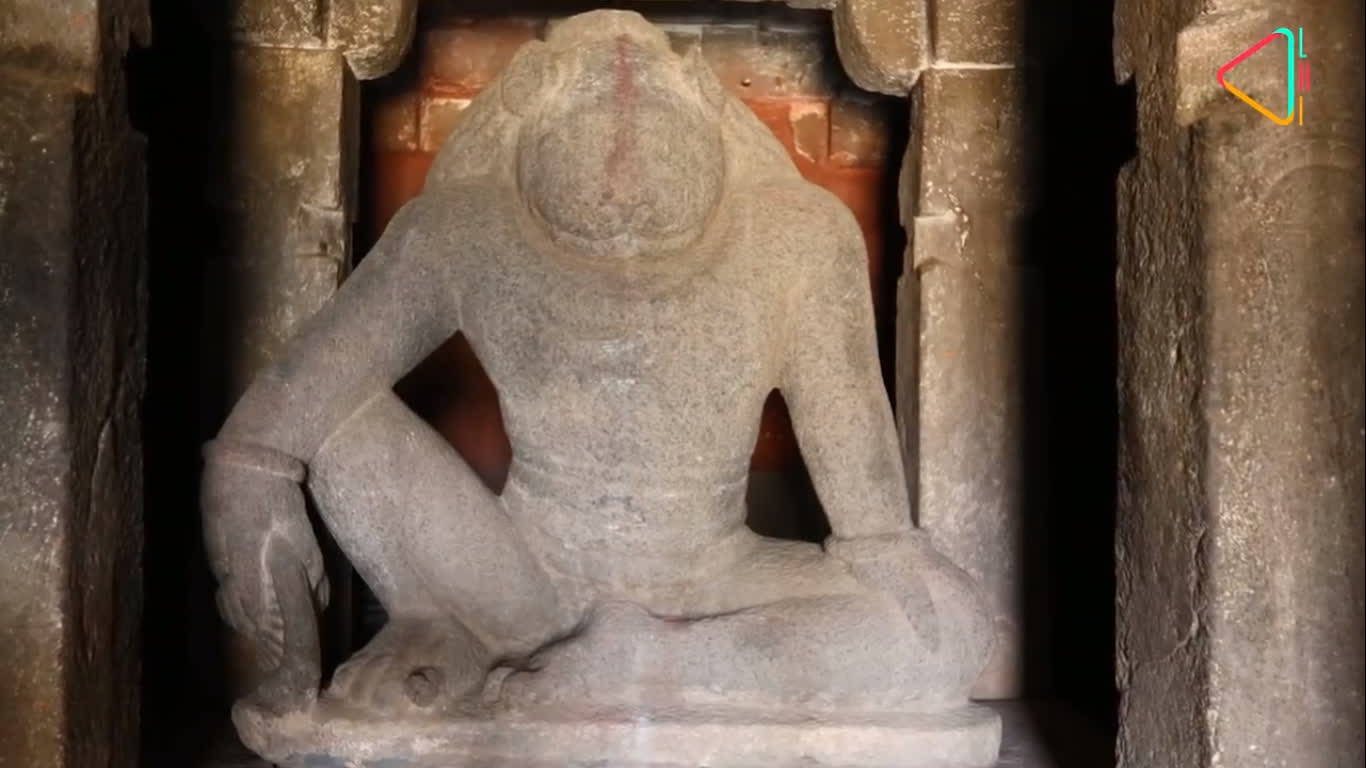 But the heart of Narasimha cult in India, continued to be Andhra Pradesh. Even today, there are more than 350 Narasimha temples in Andhra Pradesh and around 169 in Telangana. The most prominent among them are the temples of Ahobilam, Simhanchalam and Mangalagiri. All three of these prominent shrines began as forest shrines of local tribes. The Narasimha Swamy temple at Ahobilam in Kurnool district of Andhra Pradesh was once the shrine of the local Chenchu tribe, inhabiting the thick Nallmalla forest. The legend goes that after killing Hiranyakasipu, Narasimha wandered in the Nallmalla forest, where he married a local girl from the Chechu tribe, who in fact was a reincarnation of Goddess Laxmi.

There are more than 350 Narasimha temples in Andhra Pradesh

The Varaha Laxmi Narasimha temple at Simhachalam, around 15 kms from Vishakhapatnam, began as a forest shrine, but transformed into a Narasimha temple under the Chola ruler Koluttunga I (1070-1122 CE). Over centuries it grew larger and grander under the patronage of Eastern Ganga dynasty, the Gajapatis and then Vijayanagara emperors. The Simhachalam temple is the second largest in Andhra Pradesh in terms of offerings, after the Venkateshwara temple Tirupati, with collections of Rs 55 crore in the year 2016- 2017 alone!

The third important Narasimha shrine is the Panakala Narasimha Swamy temple at Mangalagiri in Andhra, which was again an ancient hill shrine that was expanded over time. Inside the temple is a face of Narasimha, built into the face of the hill. As per local beliefs, the Mangalagiri hill is a dormant volcano, and the offerings of  ‘Panakala’ or the Jaggery water, through the mouth of Narasimha, present the volcano from erupting.

Over centuries, from Andhra Pradesh, Narasimha worship spread to Tamil Nadu, Karnataka and Maharashtra. Famous Narasimha images can be found at Ellora caves in Maharashtra and Badami caves in north Karnataka. The most iconic Narasimha statue in South India is the Ugra Narasimha or Lakshmi Narasima statue at Hampi, in Karnataka, built 1528 during the rule of Vijayanagara king Krishnadevaraya. Today, the Narasimha temples are found across India from Rajasthan to Kerala.

Next time you hear the story of Narasimha, do think about the interesting origins of this Lion-god, from the forests of Andhra Pradesh.

From ‘low born’ to king of kings, Chandragupta Maurya ruled at a pivotal point in the subcontinent’s history. A contemporary of Alexander, he built one of India’s greatest empires only to give it all up, at the height of his power. Here’s his riveting story pieced together by historians across the ages

A deep connect with their heritage has fired Patna’s citizens, who are rallying to save the city’s Collectorate Complex, which was even featured in Richard Attenborough’s film ‘Gandhi’. Catch the inspiring story of  a people’s movement to rescue a 400-year-old legacy.