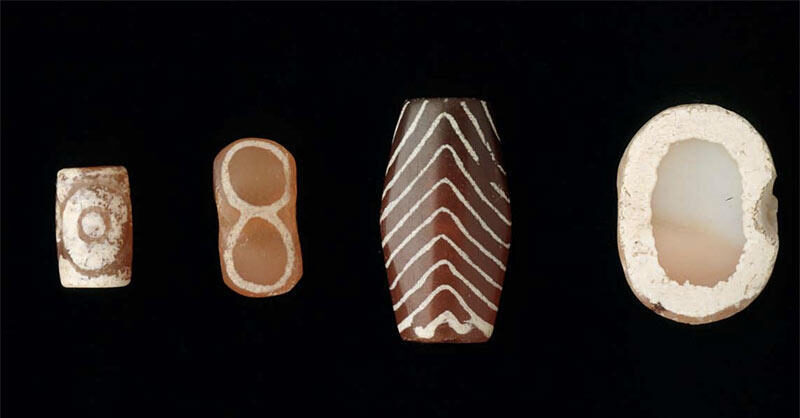 The Indus Valley Civilisation is almost always synonymous with the famous sites of Harappa, Mohenjodaro, Lothal, Dholavira and Kalibangan. But in the shadow of its more famous sister cities is Chanhudaro, in the Sindh region of Pakistan.

Dated to the 3rd millennium BCE and located just 130 km from Mohenjodaro, Chanhudaro was an important manufacturing hub, and it made one of the most prized items in ancient times – carnelian beads, among other things.

The Indus Valley Civilization, also known as the Harappan Civilization, is the earliest-known urban culture in the Indian subcontinent. The first city to be discovered was Harappa in 1921, followed by Mohenjodaro in 1922.

Chanhudaro was discovered in 1931, ten years after the discovery of Harappa, in an undivided India. Archaeologist N G Majumdar – credited with the discovery of 69 Harappan sites – had earlier worked on the Mohenjodaro excavations in 1923 and, on behalf of the Archaeological Survey of India, was studying ancient sites in the Sindh region. He was the first to excavate the site of Chanhudaro in 1931 and followed it up with a detailed report.

Majumdar’s dig was followed by another, in 1935, by the American School of Indic and Iranian Studies and the Museum of Fine Arts, Boston. This is the first-ever American excavation in the Indian subcontinent. Led by British archaeologist Ernest J H Mackay, the expedition aimed at bridging the gap between the Harappan period and a later civilization. The excavation was conducted after studying Majumdar’s report which mentioned traces of post-Harappan civilization on the site. 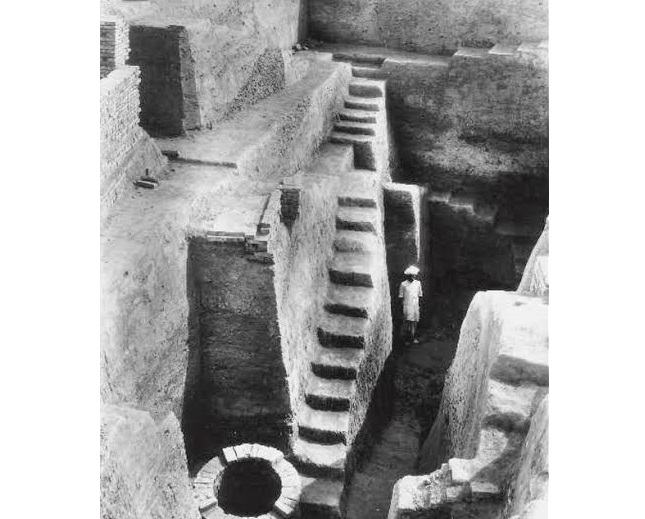 The site of Chanhudaro | Wikimedia Commons
Support Live History India
If you like Live History India`s work, do consider extending support to us. No contribution is too small and it will only take a minute. We thank you for pitching in.
Donate
*Terms and Conditions

The city of Chanhudaro, inhabited in the 3rd millennium BCE, was much smaller than Mohenjodaro. It seems to have been a flood-prone city. The Indus River, currently 20 km from Chanhudaro, is believed to have been much closer in Harappan times and was then only 3 km away. According to Mackay, the three mounds excavated at the site were once a single entity, which was later fragmented due to a severe flood.

Not only that, deep down in the trenches were river silts, believed to be from earlier floods that were less severe. Mackay believes the city was affected at least twice by floods, during the Harappan period.

Interestingly, Chanhudaro is the only Harappan city without a citadel.

According to archaeologist J M Casal, “Though being a city, Chanhu-Daro never was so large as Mohenjo-Daro or Harappa which could explain that it was built without any rampart. It then seems logical to think that when the first threat made itself clear, the inhabitants, fearing for their riches and for their lives fled from the city and looked for refuge outside.”

Archaeologists have found evidence of three cultures at Chanhudaro. The lowest levels belong to the Harappan culture (3rd millennium BCE), the earliest of the three; followed by the Jhukar culture (2nd millennium BCE); and the Jhangar (late 2nd-1st millennium BCE) culture in the topmost layer.

One of the features common to all cities of the Harappan civilization is their meticulous town planning. Despite its small size, Chanhudaro is no different. As in other Harappan cities, burnt bricks were used to build houses. 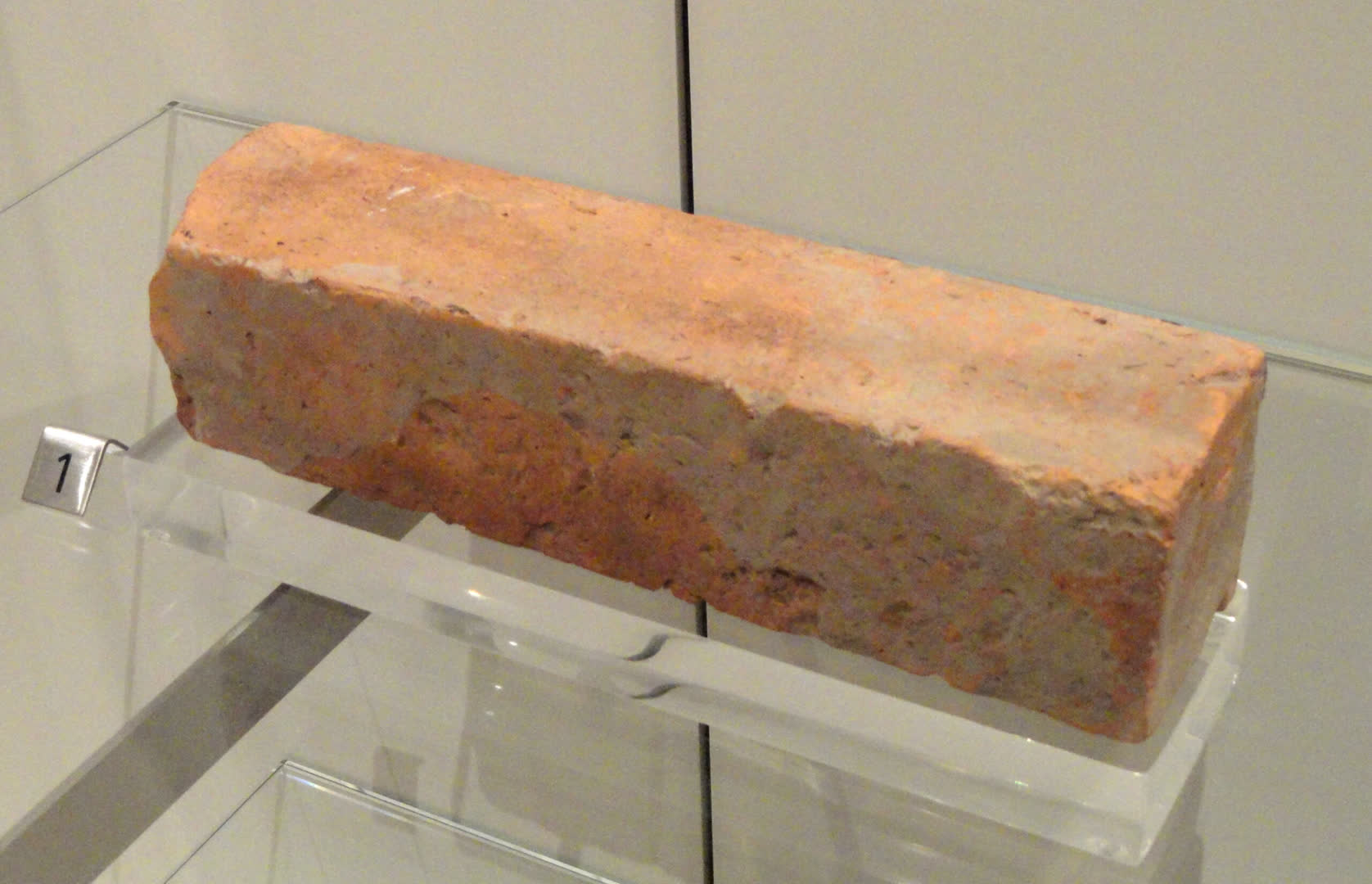 Also, there are remains of a well-planned drainage system, another key feature of Harappan cities. Remains of bathrooms have been found in the Harappan strata at Chanhudaro and, incredibly, there is evidence of drains that run under bathroom floors and connected to drains under the main street. The main streets have two drains, one on either side, running across its length.

These drains, around 6 inches below street level, were thoughtfully designed. They are sloping so that water could flow smoothly and evenly. They even had rounded junctions so that the flow of water was smooth. Houses that were not connected to the main street had cess pits made from old storage jars with holes in their base for water to seep into the soil.

Despite its small size, Chanhudaro was an important commercial town, along with large cities like Harappa, Mohenjodaro and Lothal. Although less wealthy, it was a manufacturing centre, making carnelian beads, seals, toys and weights.

Despite being so diminutive, the scale of production at Chanhudaro was much larger compared to big cities like Mohenjodaro. It is believed that most of the people who lived here were engaged in manufacturing, and some of the structures found at the site might have been workshops, warehouses or industrial quarters.

Considering the sheer scale of artefacts found, Mackay called Chanhudaro as the “Sheffield of ancient India”. An important artefact found was a figurine of a male spear-thrower, which is on display at the Museum of Fine Arts, Boston, USA.

Perhaps the most interesting find is a female skull found inside a storage jar at Mound II. It was placed in a jar along with several copper objects. Interestingly, no other bones are found anywhere at the site. How this skull ended up in a jar is still a mystery. 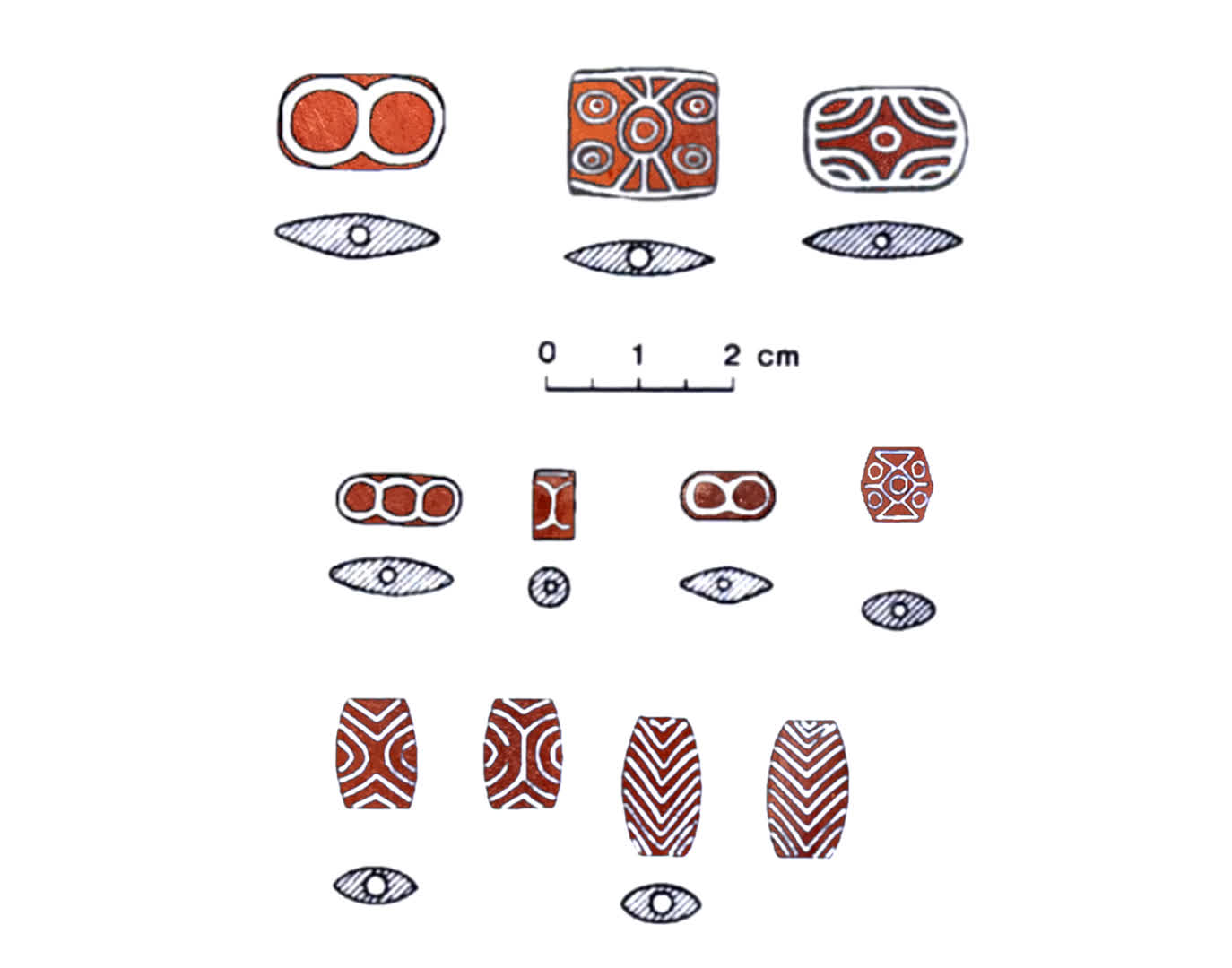 Beads: A bead factory, including a furnace, has been uncovered at Chanhudaro. A large number of beads too have been found, ranging from raw materials to the finished product. Interestingly, drills used on carnelian were also found.

The most significant beads recovered are carnelian beads, which were probably an expensive commodity at the time and used only by the elite.

The most common type of carnelian beads were red beads with a white design. These designs were made using an alkali that was heated. As a result, the paint was permanently fixed onto the stone.

These beads were an important trading commodity. The Harappans are known to have traded with Mesopotamia, evidence of which comes from carnelian beads manufactured at Chanhudaro found in Mesopotamia, especially in tombs. Ironically, not much by way of jewellery has been found at Chanhudaro, apart from some shell and pottery bangles and rings. Small combs were probably used as hair accessories by women. A small ivory comb, intricately decorated on both sides, has been recovered from Chanhudaro.

Seals: Seals were also made at Chanhudaro, and many Harappan seals and sealings have been found at the site. Made of steatite, the seals bore an inscription on the top. Most of these seals bore an image of an urus ox, a one-horned animal, which was the most favoured animal on seals at Chanhudaro as it probably occupied an important place in their mythology.

Apart from the urus ox, images of the tiger, elephant and bison appear on some seals. The seals are mostly square or rectangular; round seals were comparatively rare at Harappan sites, and one such seal has been found at Chanhudaro.

Toys:  Interestingly, large quantities of toys have been found across the site, giving us a glimpse into the fascinating varieties of toys used by children in the Harappan period at Chanhudaro. Toy carts made of terracotta and bronze, a miniature ram on two wheels pulled by a string, a bull with a moving head and a figure with moving arms were some of the toy varieties. Whistles too have been found in large quantities at Chanhudaro. They were made of pottery in the shape of a hen and were either undecorated or ornamented. 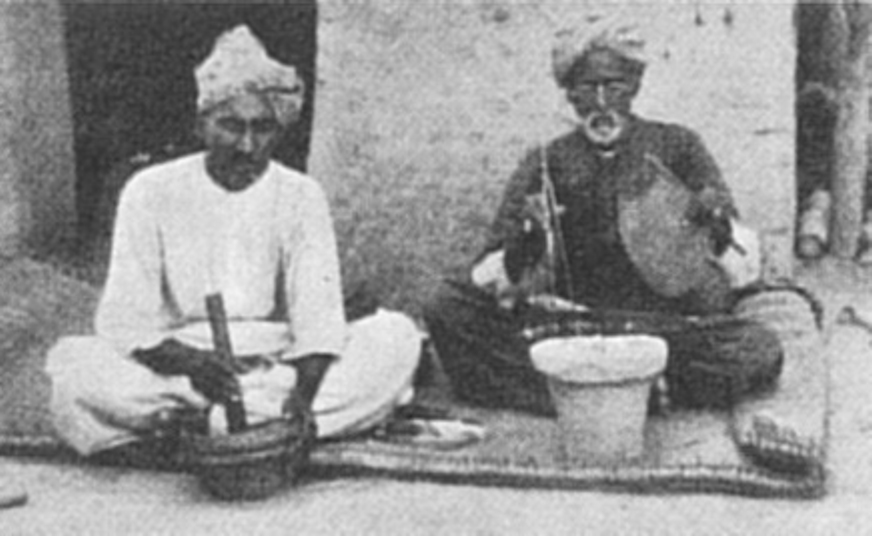 Making etched carnelian beads in modern times in Sehwan: one mixes the alkali formula in a mortar, while the other prepares a brasero (Mackay, 1933) | Wikimedia Commons

It seems the Harappan people were periodically plagued by floods, which is why Chanhudaro was probably abandoned. The ruined city remained deserted till it was occupied by the people belonging to the Jhukar culture, a post-Harappan Bronze Age culture in Sindh, in the 2nd millennium BCE.

We don’t know much about the origin of these people. They were a small community and not very wealthy. They lived in small houses. The pottery of this period is not as refined as that of the Harappans and is coarser. Unlike the seals of the Harappan period, Jhukar seals are mostly round and lack any inscriptions. They were less refined than Harappan seals and are mostly made of clay. This period also saw a decline in long-distance trade.

Following this period, the site of Chanhudaro was occupied by the Jhangar people, in the late 2nd-1st millennium BCE. These are believed to have been a nomadic and pastoral tribe, who occupied this site for a very short period. Not many traces of their habitation have been found at Chanhudaro and the pottery used by them was unpolished and handmade.

After the Partition of India in 1947, the site of Chanhudaro came under Pakistani and excavations are still being carried out. The latest was in 2015, by a French mission along with the Government of Pakistan.

While the African slave trade is well known, what is little known is that for around 200 years, starting the 17th CE, thousands of Indians were shipped off as slaves to the far corners of the world.  Who were they? What happened to them? We go to the town of Pulicat near Chennai and find pages from this brutal chapter of our history