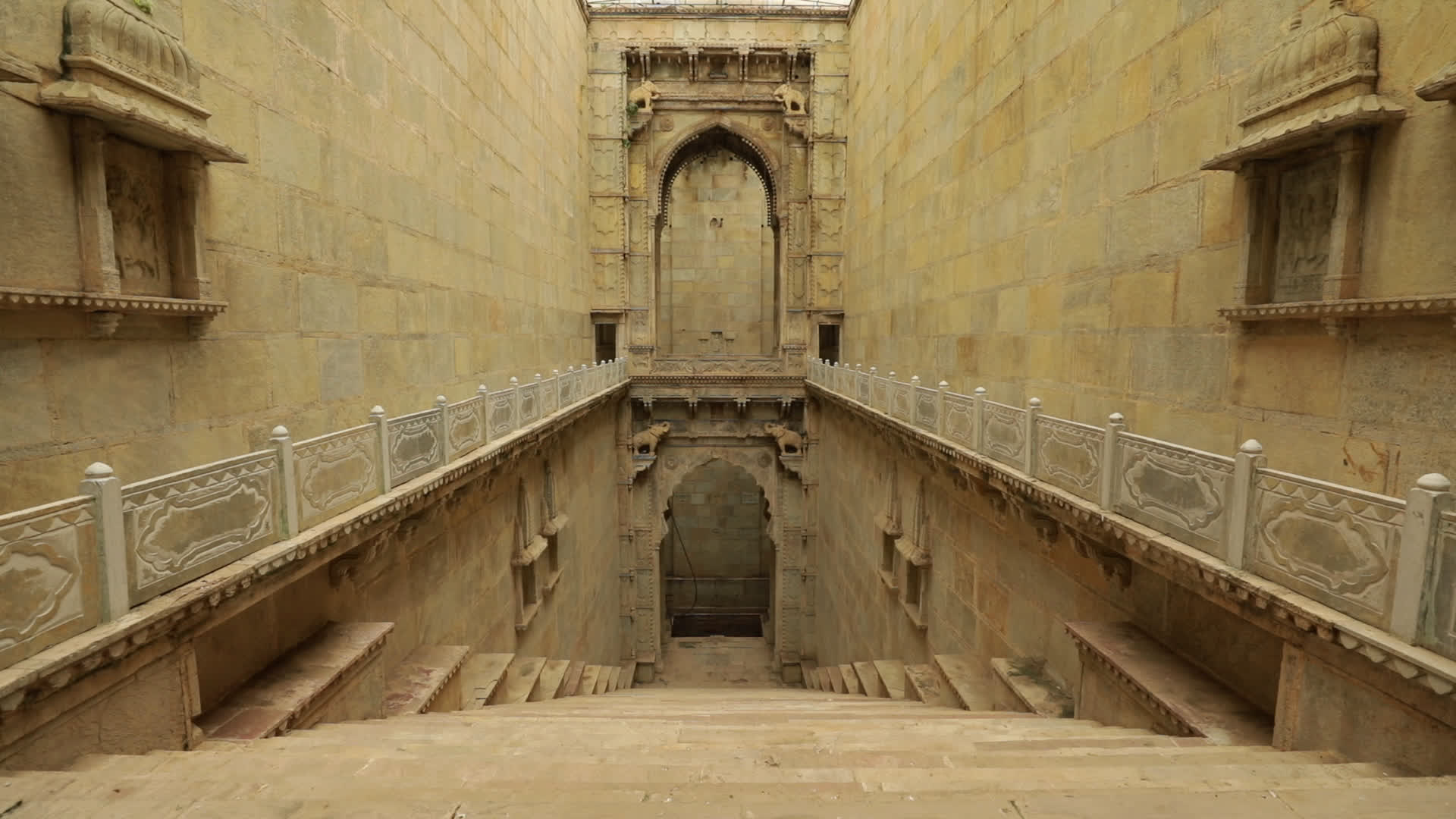 With the first flush of rains, Mumbai is already facing its annual tryst with water logging and there have been some heart-wrenching accidents. Elsewhere, Chennai is parched, running out of water and parts of Delhi are facing hours of power shortage, in the blistering heat. Familiar as all this may sound, they are a sad reflection of the times we live in. Our urban infrastructure is collapsing and we are paying a price for this.

It is ironical, that the subcontinent that had the world’s most advanced urban civilization, 4000 years ago, can’t manage even the basics.

But you don’t have to go back to the sprawling cities of the Harappan Civilization to learn about water management and sanitation. From the exquisite Ran-Ki-Vav in Patan, to the summer retreat of the Vijayanagara Rayas in Penukonda, we have examples of stepwells or baolis that helped the cities wade through times of excess rains and also shortages.

Stepwells called baoli, bawdi, jhalara, and vav in different languages and dialects, are found in most parts of India from Delhi to Penukonda in southern Andhra and beyond. Each village, town and city, traditionally had these along with a network of small and large tanks, to manage water.

Architectural and artistic marvels, stepwells functioned as water harvesting and storage systems during heavy rains, replenished the groundwater and provided this much needed resource during the dry months. The stepwells represented a type of inverse architecture of complex stairs, balconies, pavilions and rooms going many stories deep, providing a cool oasis in the merciless Indian heat.

These were also significant social spaces for communities and meeting places for women.

Most stepwells were commissioned by royals, rich merchants or other powerful and wealthy people.

Many stepwells, especially those in Rajasthan and Gujarat, have been ascribed to queens – maybe due to the fact that fetching water and the domestic activities associated with water, were the domain of women.

We criss-cross through the country to get you some famous stepwells and tell you why they were so important. Do note that most of these stepwells, that should still be used today, are also in a pitiable mess.

Probably one of the most well known stepwell in the country is the Ran-ki-Vav in Patan in Gujarat. A UNESCO World Heritage site the Vav was constructed in the 11th century CE as a memorial to Solanki king Bhimadeva I by his wife, queen Udayamati. Situated on the banks of the Saraswati it is designed as an inverted temple highlighting the sanctity of water.

The stepwell showcases the mastery of detail and craftsmanship attained during the Solanki period.

It is divided into 7 levels with over 500 principle sculptures and over a 1000 minor ones which combine religious, mythological and secular imagery.

The well which is 30 metres deep and 10 metres wide is on the westernmost end of the structure. 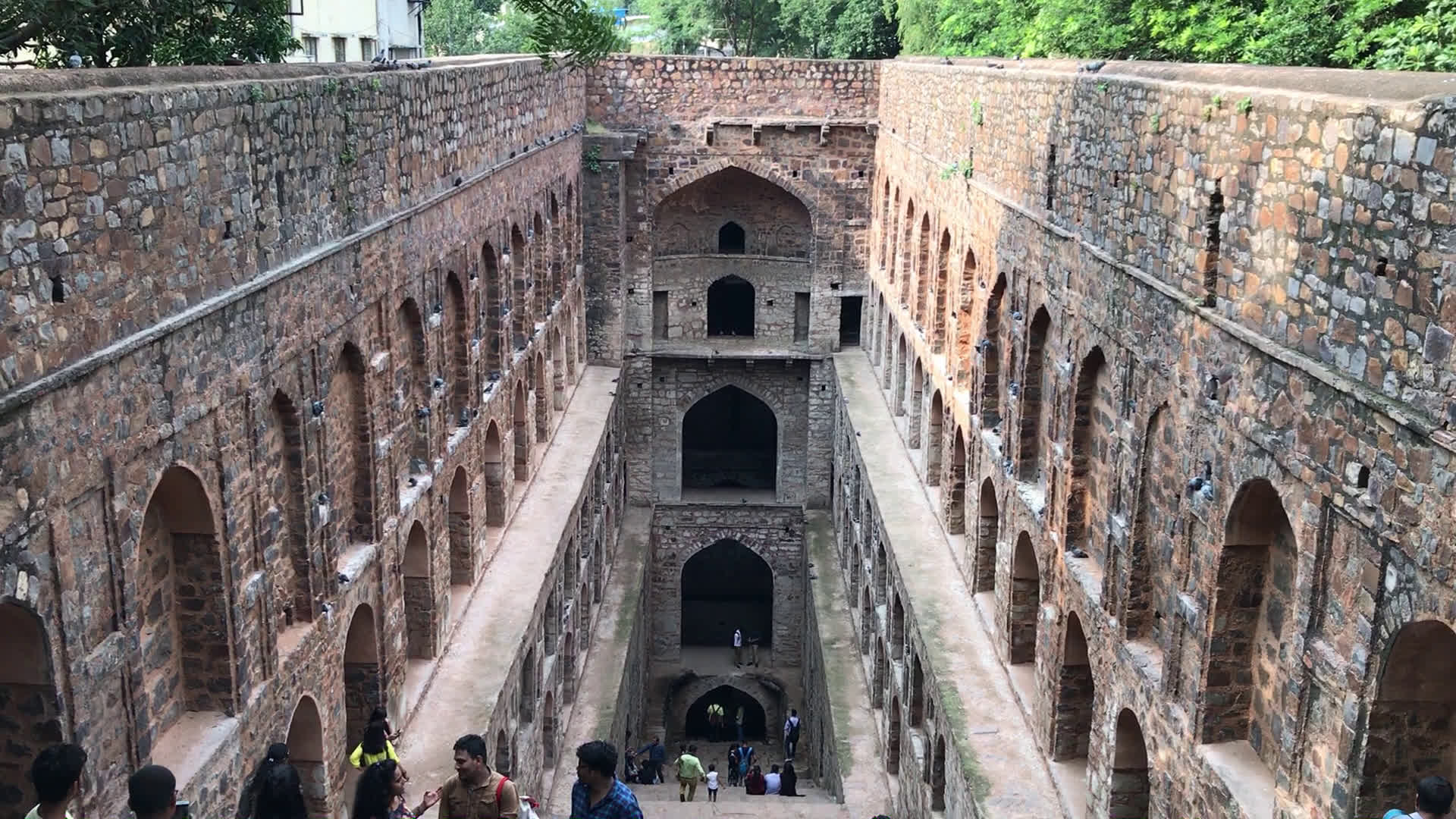 One of the most unexpected baolis you will come across is the Agrasen ki Baoli also called Ugrasen ki Baoli. Although an ASI protected site and quite well known, it is how the city of Delhi has come up around it that leaves one flummoxed. It is situated on the road between Kasturba Gandhi Road and Barakhamba Road close to Connaught Place, the heart of Delhi.

Today surrounded by massive buildings, it is literary an oasis of quiet in the bustling city.

The Baoli has a written history of 900 years and its construction has been ascribed to Agrasen, the founder of the Agarwal community. It is 60 metres deep and 15 metres wide with 108 steps leading to the water. Although one of the better protected structures,  the waters here are filthy and the stench of bats as one approaches it is nauseating. 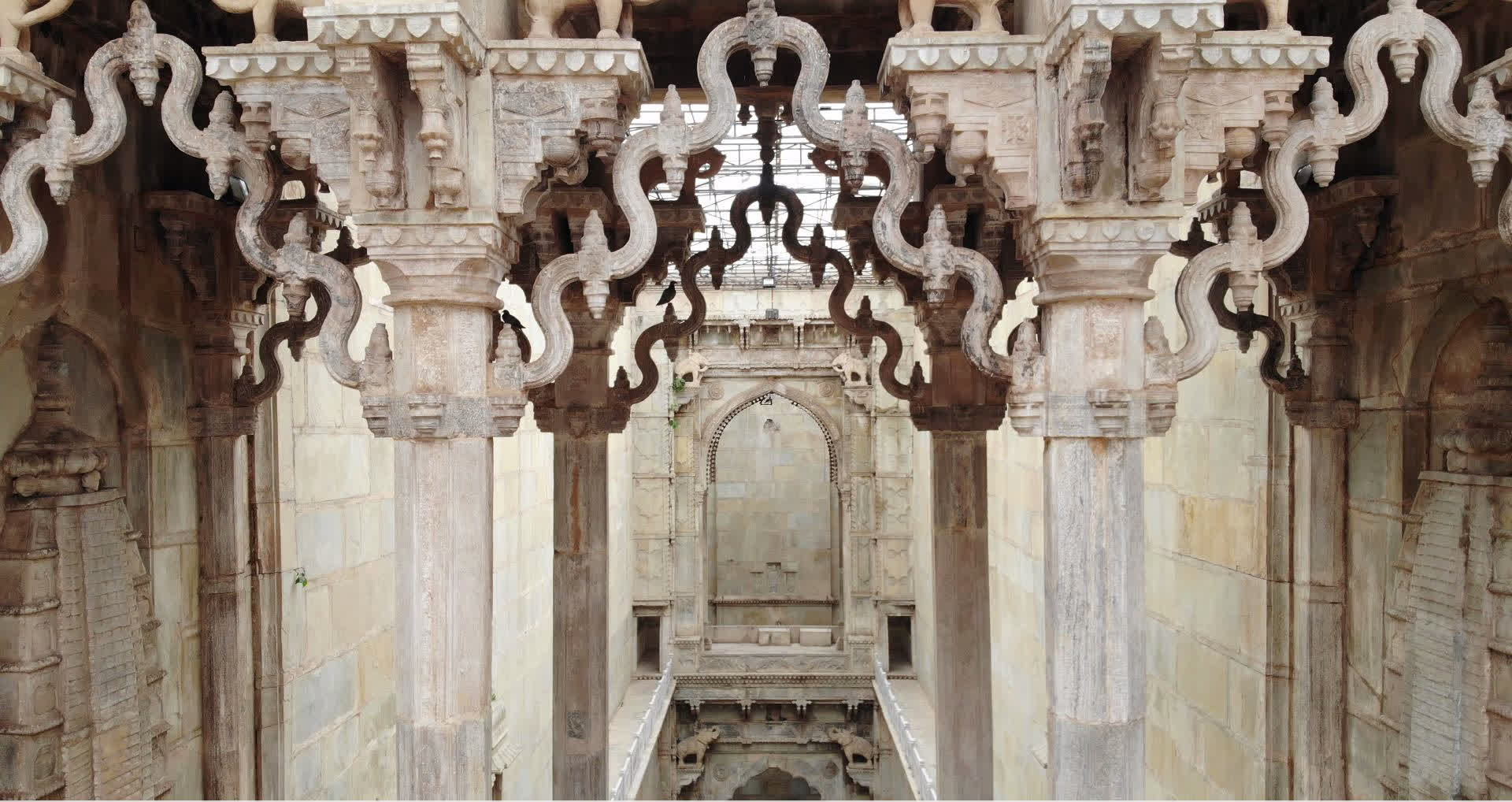 The city of Bundi situated in the desert state of Rajasthan is known for its stepwells. One of the most striking stepwells in the country is the Raniji ki Baoli. This Baoli was constructed in 1699 by Rani Nathawati the wife of Rao Raja Anirudh Singh.

One of the finest stepwells in Rajasthan, the Raniji ki Baoli is 46 m deep and brilliantly carved with fluid images including the avatars of Vishnu. This stepwell goes many stories deep and has a place of worship on each level.

The entrance and archways in the baoli are intricately carved with elephants and floral motifs. 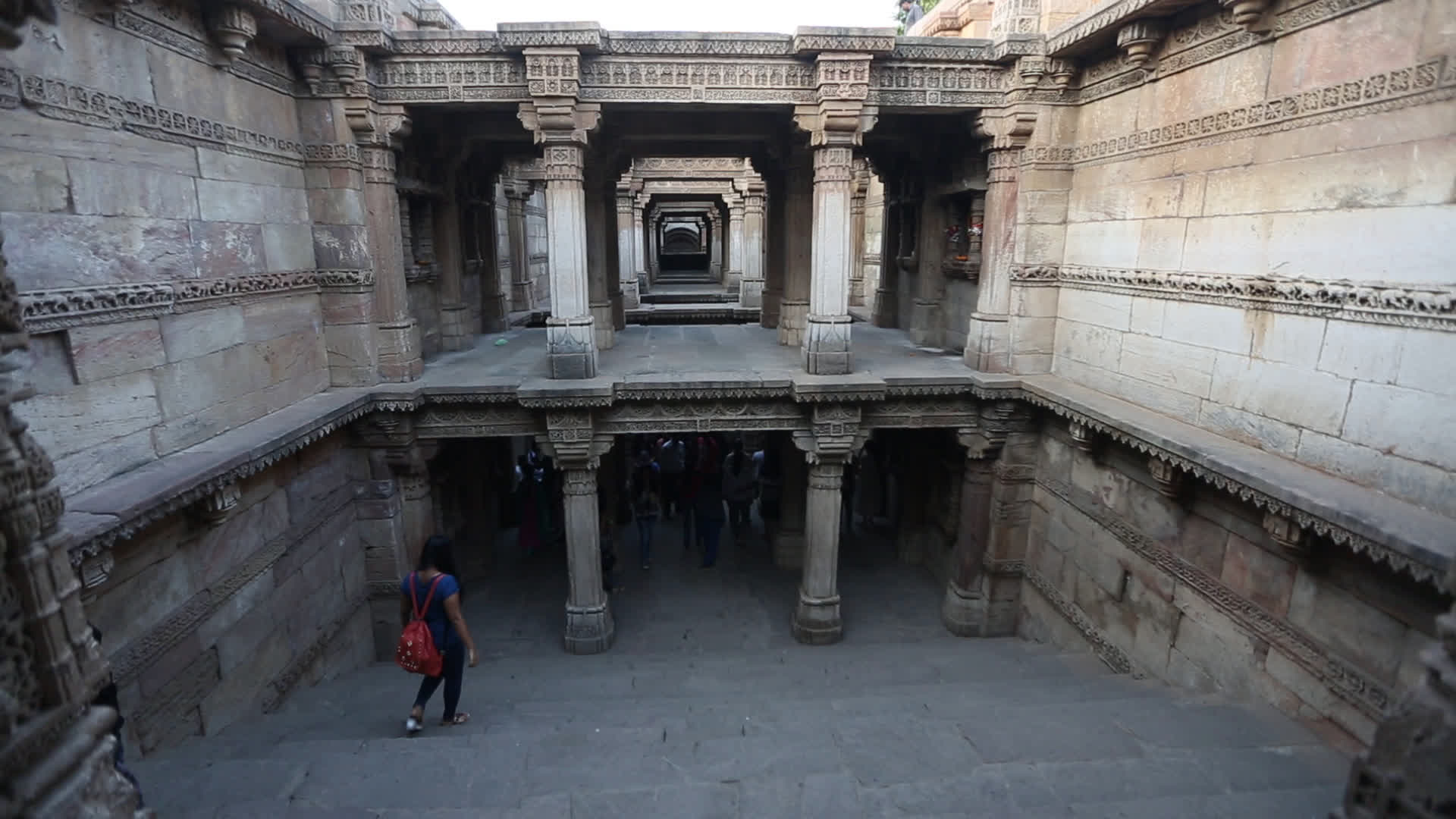 The city of Ahmedabad is dotted with stepwells, most of which are neglected, filthy and in a very bad condition. However close to the city is the popular tourist hub, the  Adalaj-ni-Vav in the village of Adalaj.

The stepwell was constructed in the years 1499 by queen Rudabai, the wife of the Vaghela chieftain Veersinh.

The stepwell didn’t just fulfil a utilitarian purpose but also acted as a social and spiritual space. The villagers would come in the morning to fill water, pray to the deities on the walls and interact with each other.

The walls and pillars are exquisitely carved with floral patterns, religious and mythological themes as well as scenes from daily life like women churning milk, dancers and musicians and women adorning themselves. There is a small frieze of the nava-grahas (nine planets) at the end of the well which is supposed to protect it from evil spirits. 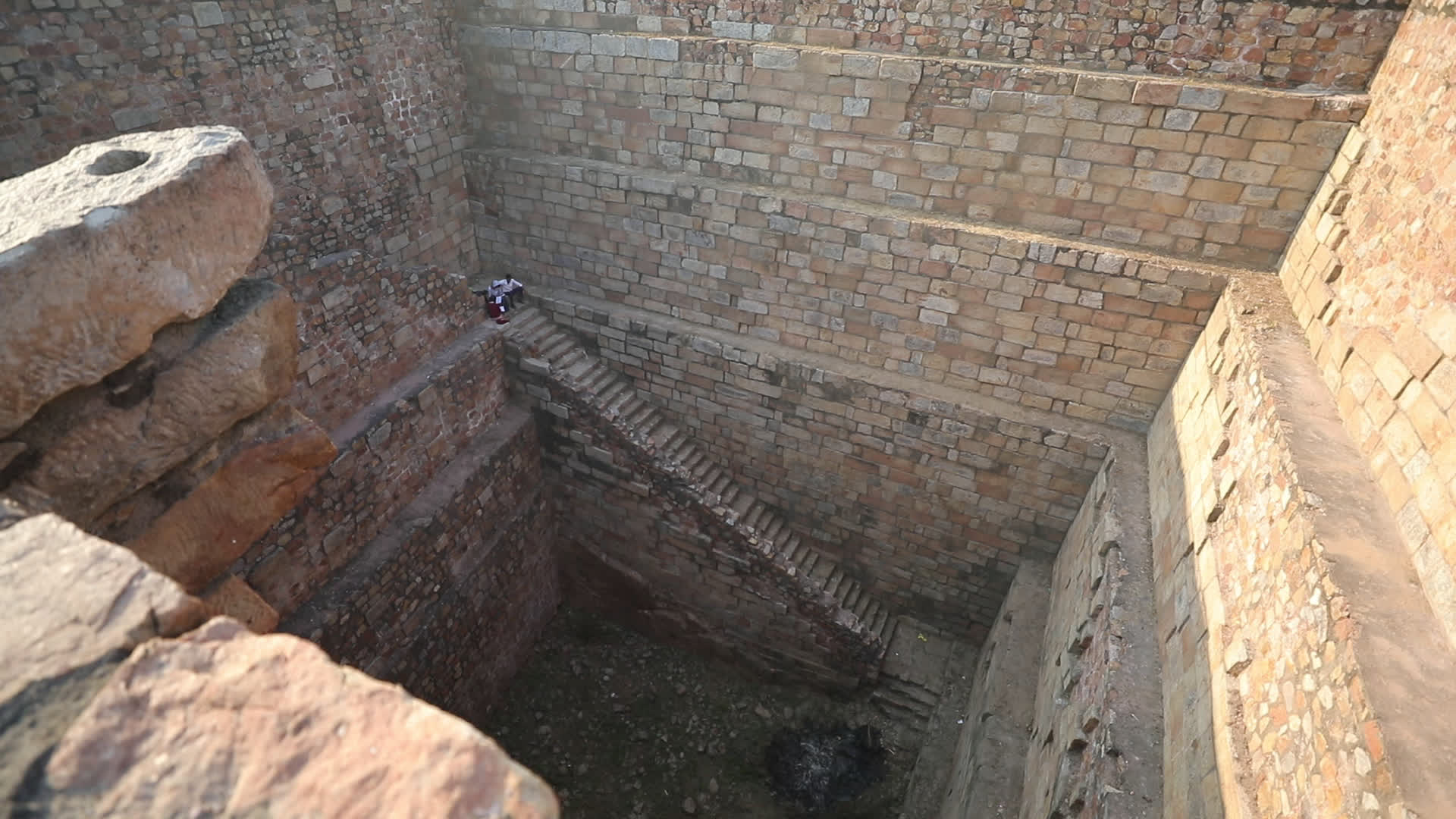 The Tughlagabad Fort may well be one of the most haunting monuments in India. Built on a large rocky outcrop surrounded by a flat plain in the city of Delhi, it was abandoned soon after it was constructed in 1321, never to be occupied fully, supposedly due to a curse by the Sufi saint Nizamuddim Auliya.

The water table would always have been low at the fort and many deep baoils were dug to provide water to the populace.

Of all the baolis build in the 14th century when the fort was constructed only 2 have survived till date, at its eastern and western ends. 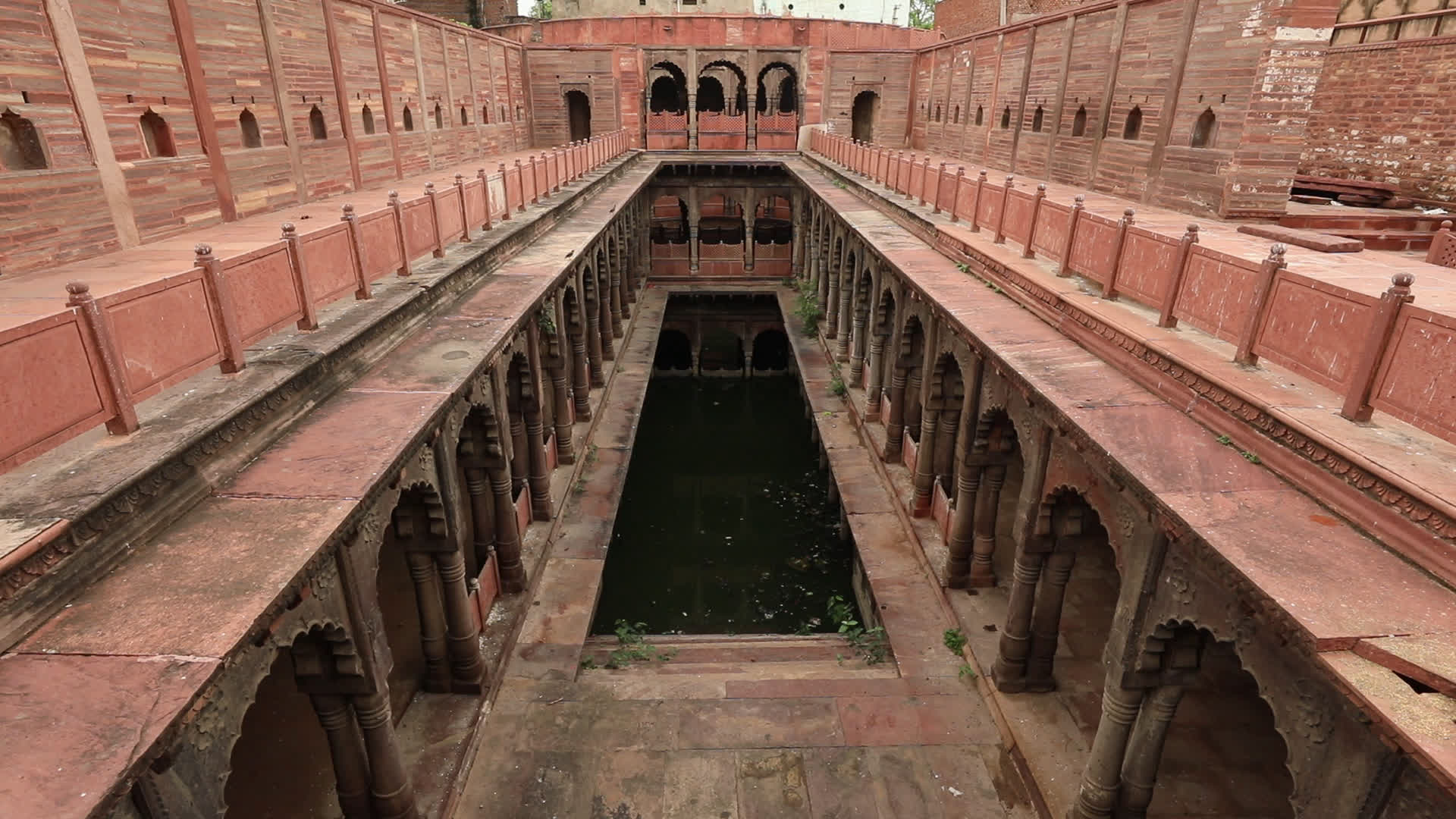 Dholpur is a town 55 kms south of Agra and was an important centre during Mughal times. Although most famous for the holy Tirthraj Machkund within the historic city is an exquisite baoli built from the famed local stone. The unnamed red sandstone baoli dates back to the 19th century and is hidden behind the Ghazra Tomb.

The Baoli has beautiful double pillars and delicate arches surrounding the rectangular tank and the circular well behind it.

Penukonda was the summer retreat of the Vijayanagara emperors and is a town strewn with temples. It is also home to a few stepwells.

Although not much is known of this stepwell, that is still being excavated,  it is indicative of the high level of urban planning prevalent there. The baoli has a small shrine in its centre but is in a highly dilapidated state today.

While some of these stepwells might be getting preserved and promoted from a tourism point of view, the vast majority of stepwells in our country are being neglected and even destroyed.

Thousands of other stepwells across India  have now fallen into obsolesce and are completely dilapidated.

One major reason for this was the fact that during the colonial period they were deemed unhygienic and seen as breeding grounds for disease. The British administration had little historical or cultural context of their significance and role.  Thus many stepwells were destroyed during this period and local communities also got disconnected to these spaces within their midst.

With the falling ground water table and the modern provision of water reaching homes through a centralised piped system, these stepwells died out,  dried up, and were often used as dumping grounds. In many cases their stones were stripped away and used for construction. It is in fact surprising that so many have still survived this neglect. However of those that have survived, barring a few architecturally significant ones, most are cesspools of filthy water and waste.

This is a dangerous loss not only from a heritage point of view but also in the context of the water crisis India is facing today with ground water levels as well as the water in our aquifers reaching dangerously  low levels. Almost all major our cities battle foods almost every year.

One of the prime examples of this utter neglect and waste of this precious historic resource is Badshahpur Baoli in Gurugram.  Gurugram is the gleaming millennium city and symbol of the 21sth century India. The baoli which is more than a 100 years old was to be filled up to create a road. Thankfully the students and faculty of the Sushant School of Architecture got together to create a sustained campaign which saved this baoli.

Ironically all this happened in 2018 the same year when Gurugram faced one of its worst floods. 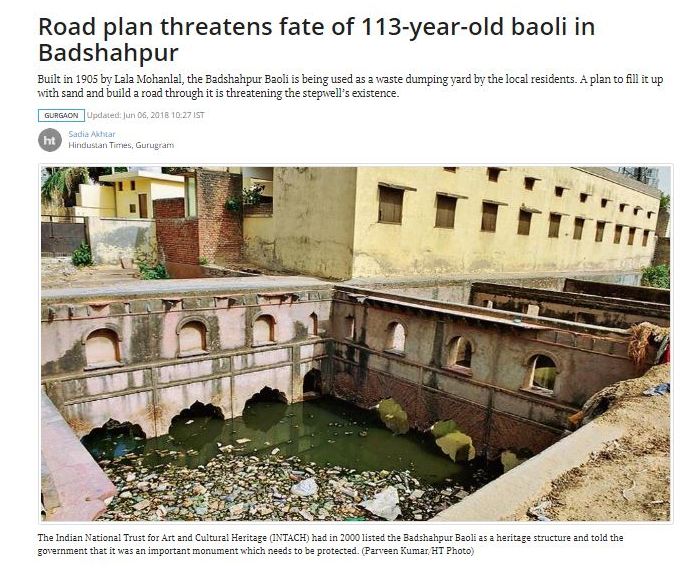 Sadly even though this baoli has been saved from destruction, it hasn’t yet been cleaned up or activated to serve as a water resource as it was intended for. Thus, while heritage may have been saved, without it fulfilling its purpose, it is just a monument.

When India is faced with a looming water crisis it seems almost foolish to ignore these water bodies in our midst.

While climate change, urbanisation and population explosion may have aggravated the situation, water has always been a critical matter for the country’s survival; a fact which our ancestors recognised and dealt with in an efficient and visionary manner at the most local of levels. They have left us a vital resource for dealing with it. At a time when rainwater harvesting is a buzz word, it makes immense sense to nurture these baolis and also save our heritage! 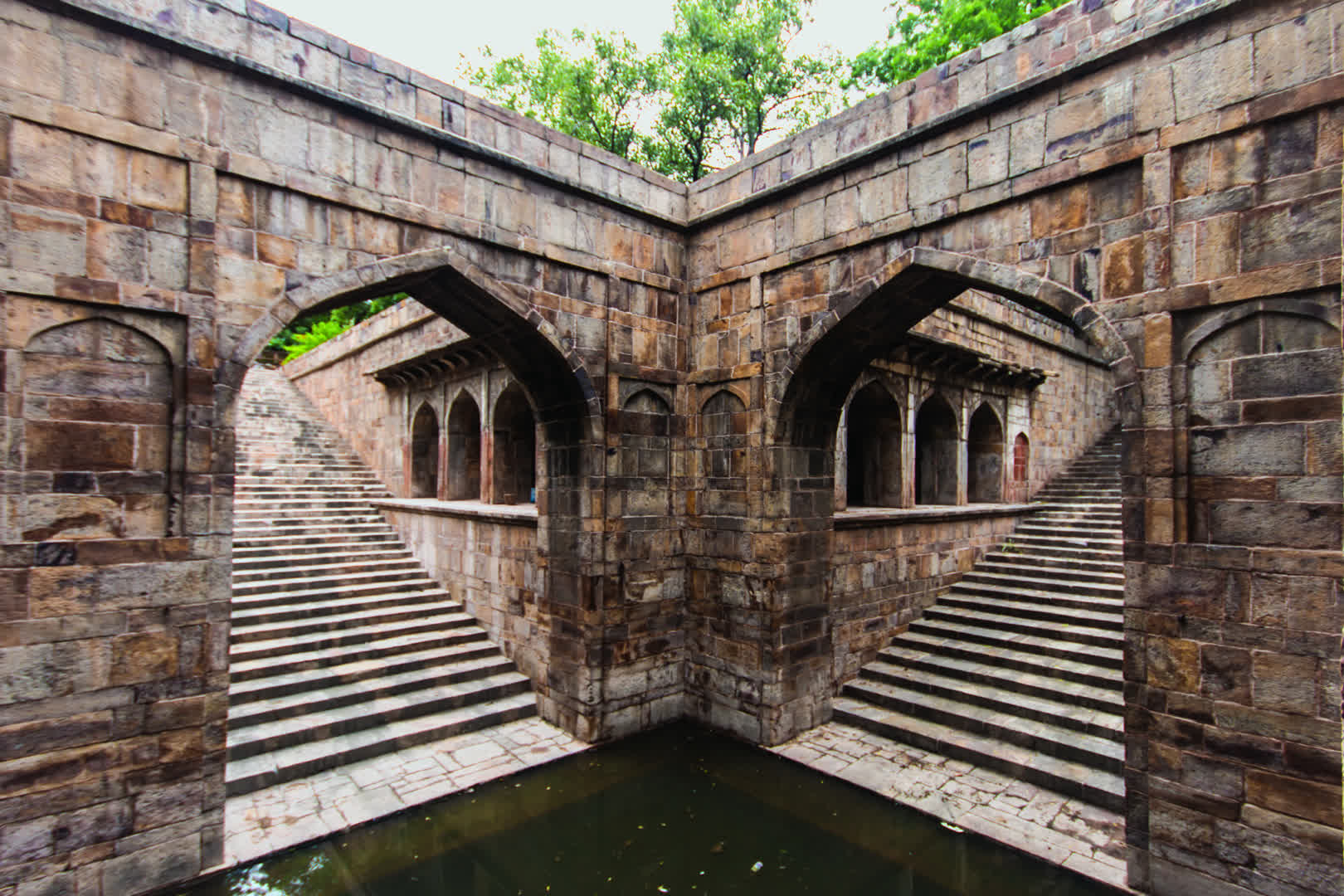 The Wonder Well of Red Fort 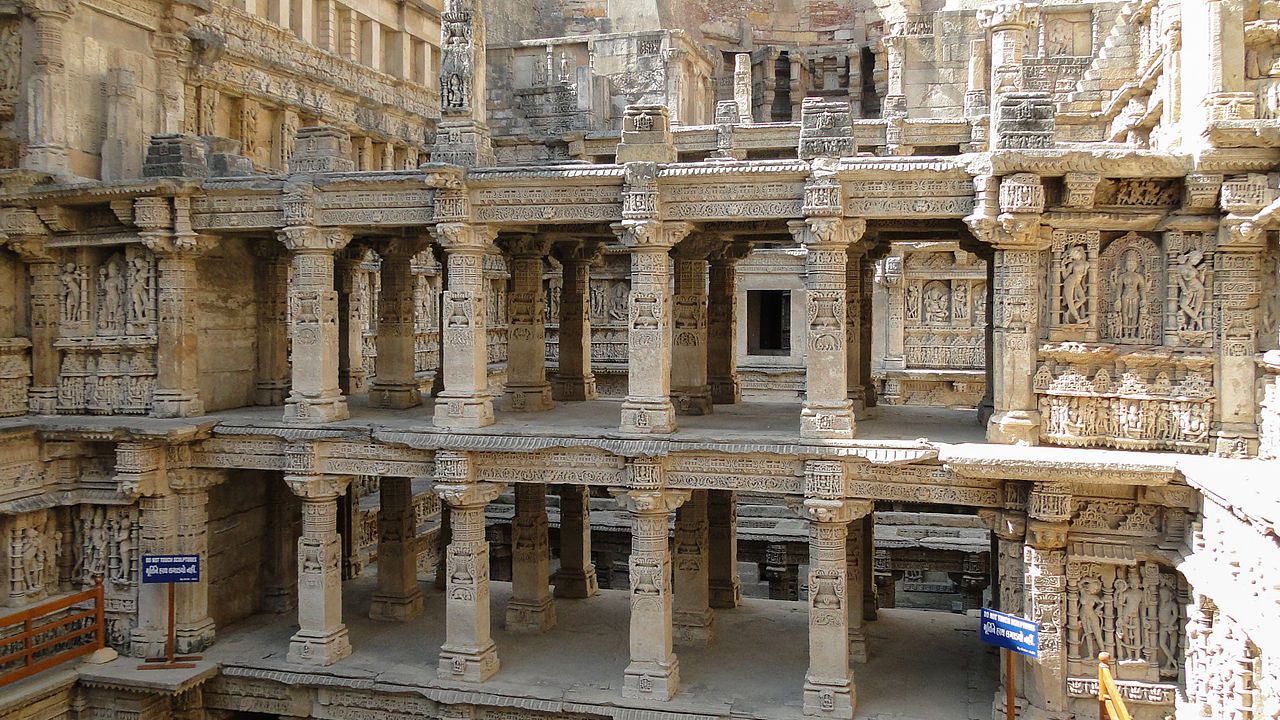 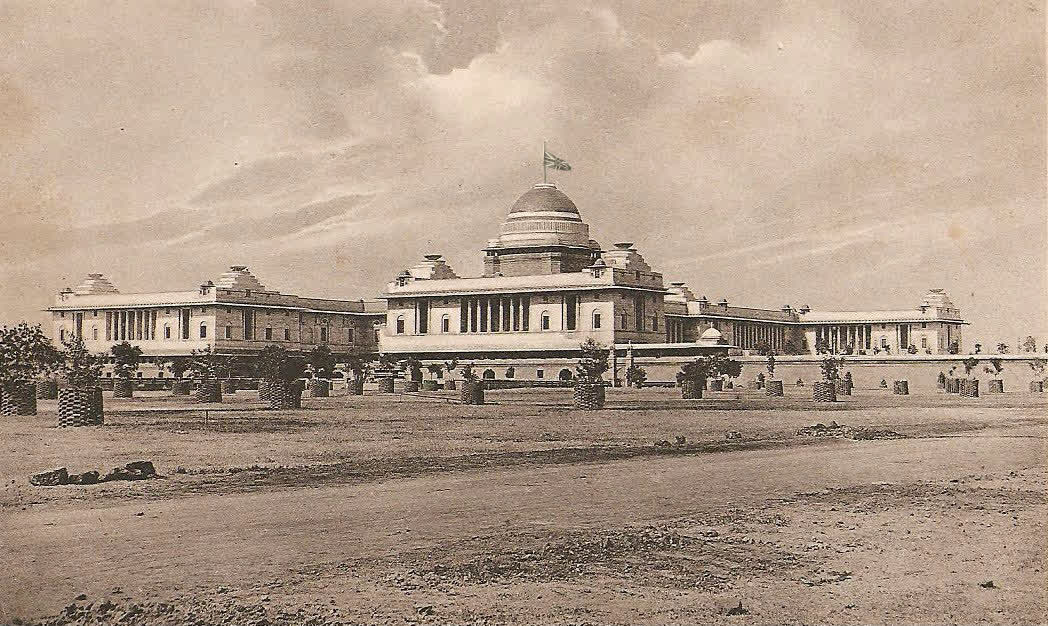 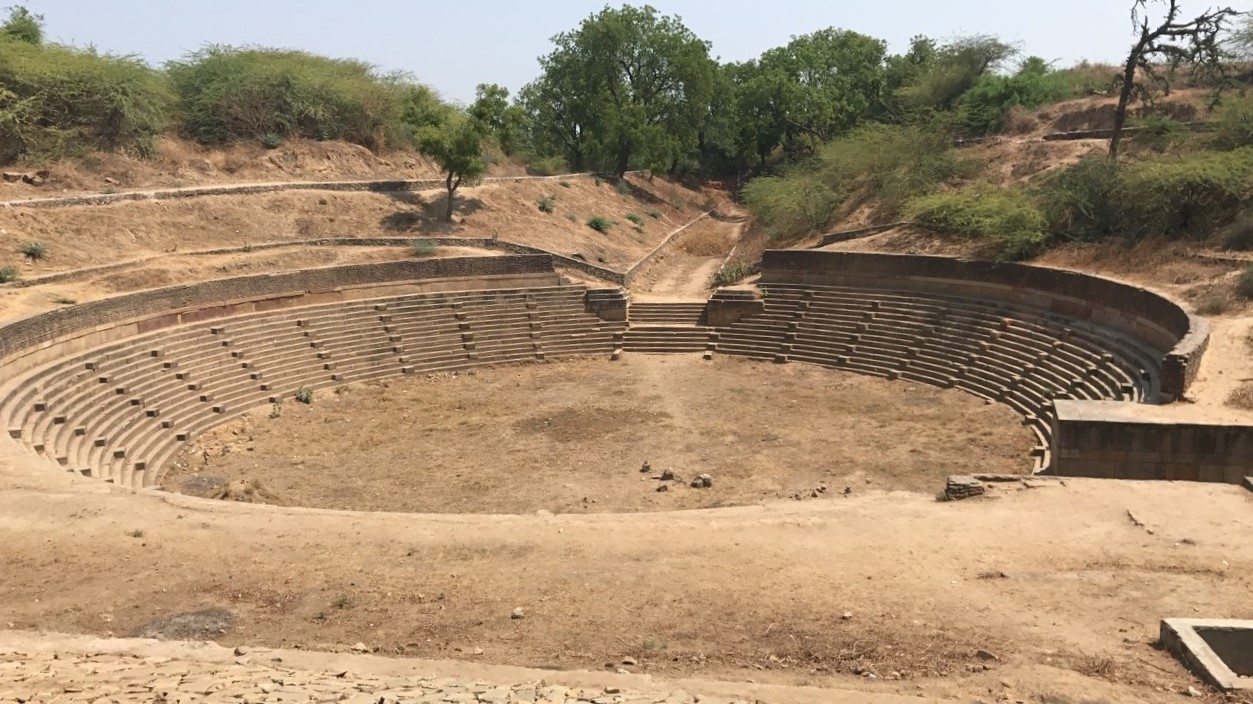 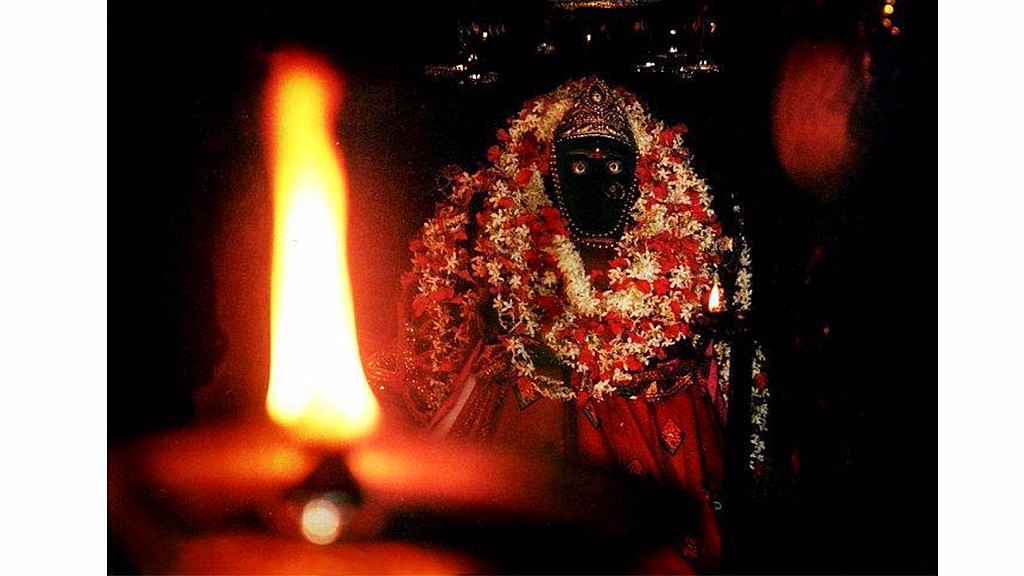 Today in India’s ‘red’ corridor, prone to violent Maoist-Naxal insurgency, the town of Dantewada is steeped in history. It is home to the famous and sacred Danteshwari temple, considered to be one of the 52 Shakti Peethas. 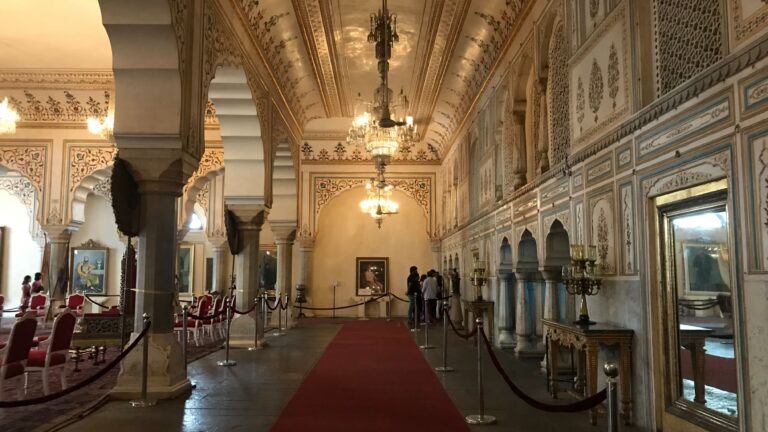 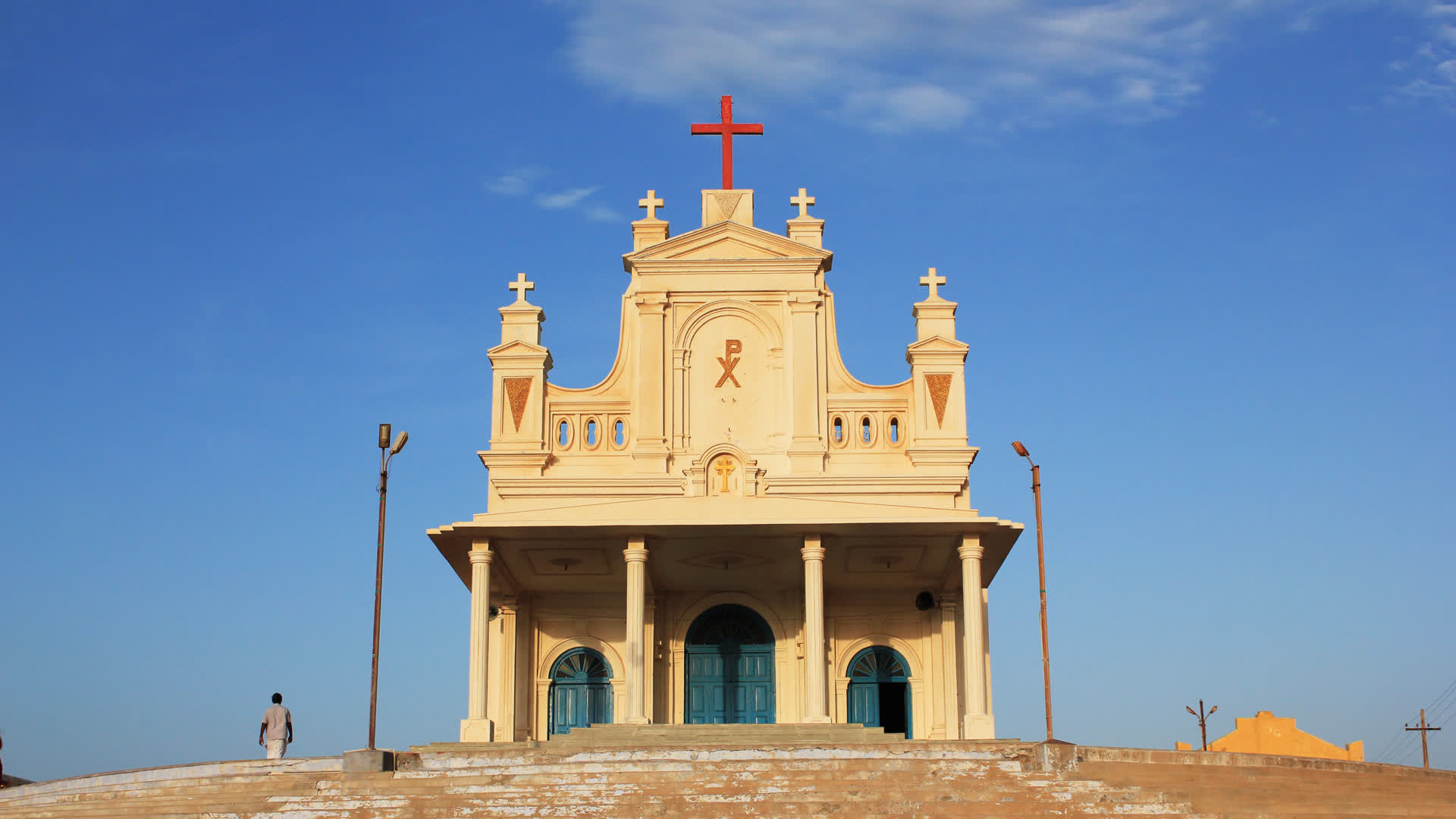