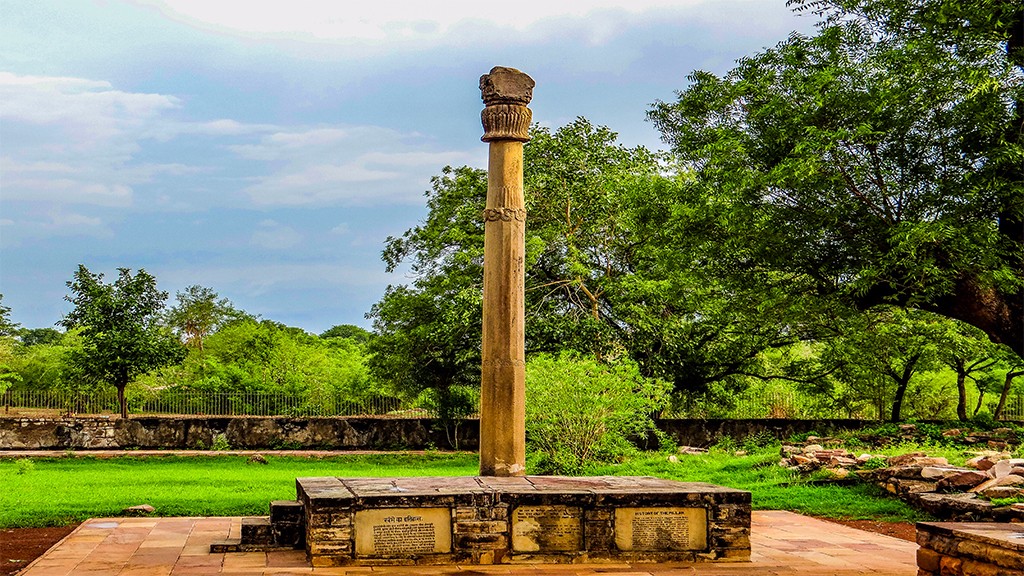 It is a tribute to the diverse strains that have influenced us, that the earliest known inscription dedicated to the worship of Vasudeva or Vishnu is one erected by a Greek, who became a Hindu and a staunch Vaishnavite around 100 BCE!

Roughly 115 kms from Bhopal, in the Vidisha district of Madhya Pradesh is the town of Besnagar. What stands out in this small crowded town, for history buffs, is a a free standing column of great significance. The ‘Garuda Column’ as it is known, was erected by Heliodorus, the Greek ambassador at the court of King Bhagabhadra of Vidisha around the year 100 BCE.

This column marks the oldest reference to Vishnu worship in the country!

In 2nd century BCE, North Western India was ruled by a succession of Indo Greek kings. One of these kings was Antialkides of Takshashila. He sent an ambassador called Heliodorus to the court of King Bhagabhadra of Vidisha. Very little is known of Antialkides, Heliodorus or Bhagabhadra, but their names live on today because of the Garuda Column and the inscriptions on it. 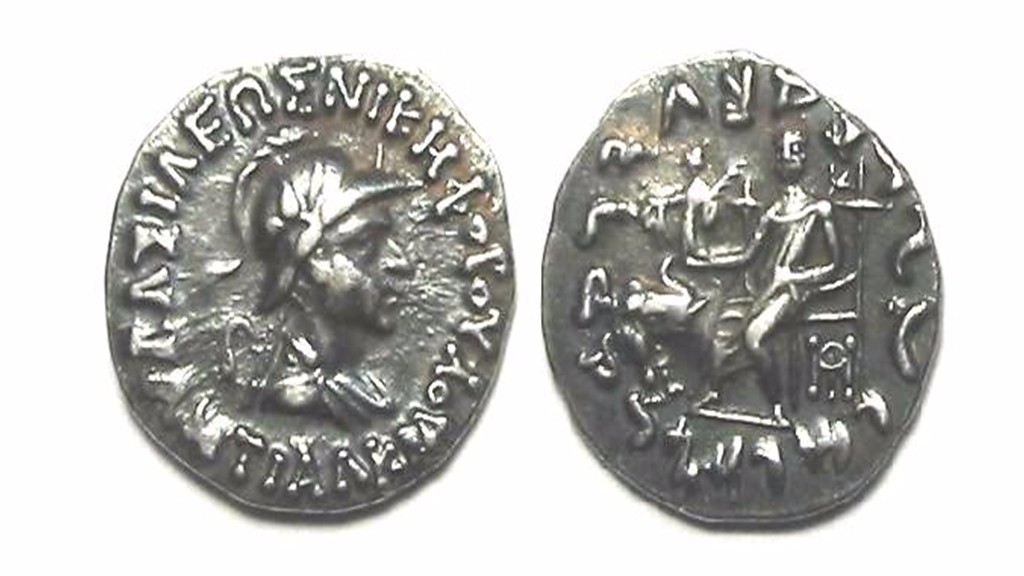 During his stay in Vidisha, Heliodorus is said to have adopted Hindu religious beliefs, becoming a staunch devotee of Vishnu. He erected a column, which had a Garuda on the top and it stood in front of a Vasudeva temple.

While the Garuda that was on top of this column, is currently housed at the Gwalior Museum, there is ample reference to the man who commissioned the column in Besnagar. The column has an inscription that gives a lot of details. It states,

‘This Garuda Column of Vasudeva, God of Gods
Was Constructed Here by Heliodora (Heliodorus)
The Bhaagvata, Son of Diya (Dion) of Takhkhshila
The Greek Ambassador Who Came From Great King Amtalakita (Antialkidas)
To King Kasiputra Bhagbhadra, The Saviour, Prospering in his Fourteenth Year’

Some historians identify King Bhagabhadra as fifth King of the Shunga dynasty that ruled after the fall of the Mauryan Empire.

From the column, we know that the worship of Vasudeva or Vishnu was prevalent at that time and the worshippers were known as Bhagvatas. Historians speculate that Heliodorus may have been one of the earliest converts to Bhagvatism.
Around 100 BCE, Bhagvatism emerged as an important cult, when a God titled ‘Vasudeva’, with an eagle or Garuda as a symbol was worshipped. Over time, the cult grew into a movement, enveloping Vasudeva and Krishna with Vishnu to form the basis of the Vaishavism, that we follow to this day.

Heliodorus may have been one of the earliest converts to Bhagvatism

The Besnagar column is a significant landmark in India’s history. But like most great monuments, it has also captured the imagination of local people who have woven some interesting tales around it.

With Inputs From:
A Study of Vaisnavism by K.G Goswami
A History of Ancient and Early Medieval India by Upinder Singh

The Heliodorus Pillar or Garuda Column is in Vidisha city in Madhya Pradesh. The nearest railway station is Vidisha, 4.6 km away while the nearest airport is Raja Bhoj airport in Bhopal, about 65 kms away. 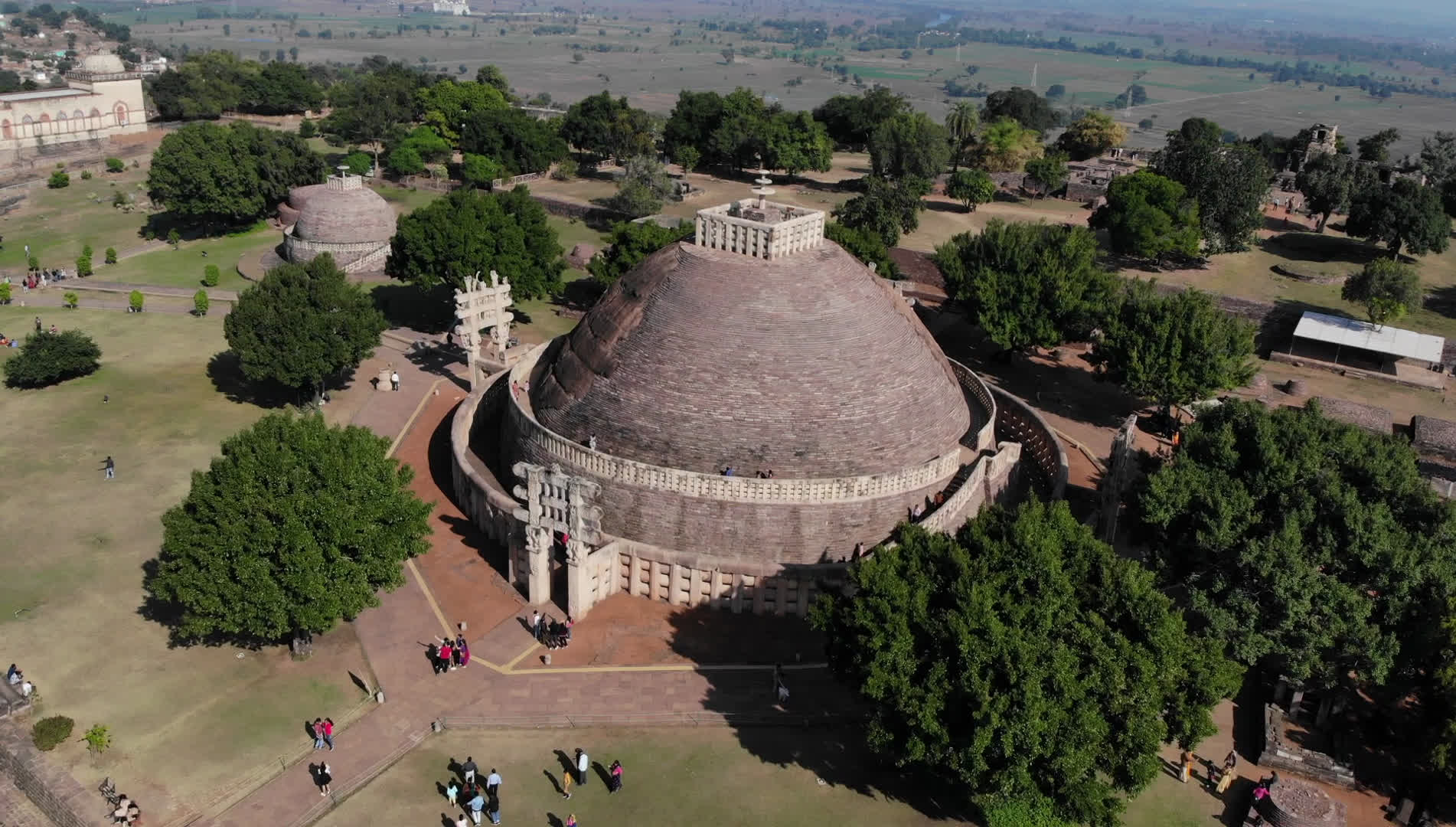 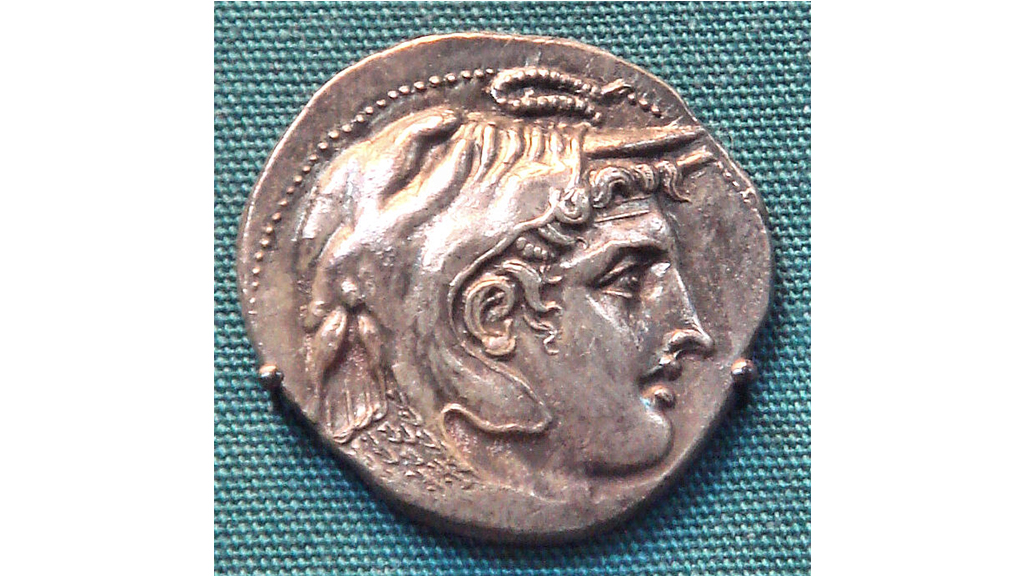 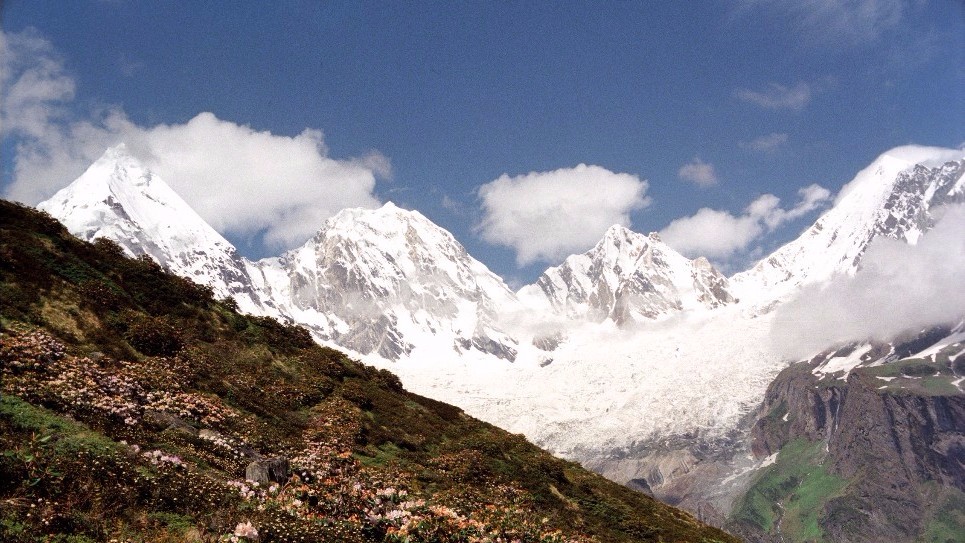 Snapshort Histories
Kumaon: Echoes of the Past
By Akshay Chavan

Akshay Chavan reviews Manju Kak’s In The Shadow of The Devi: Kumaon of a Land, a People, a Craft by Niyogi Books 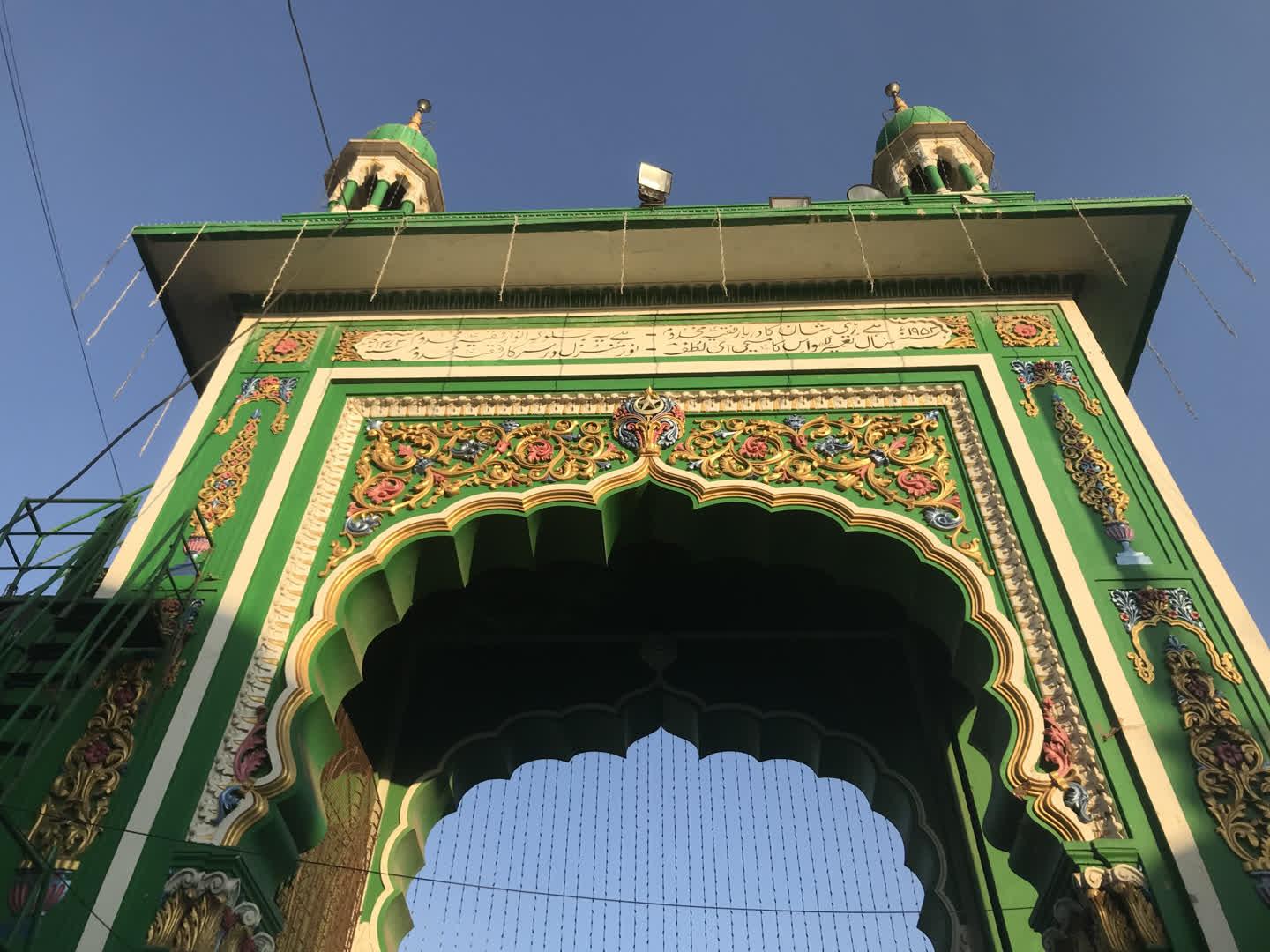 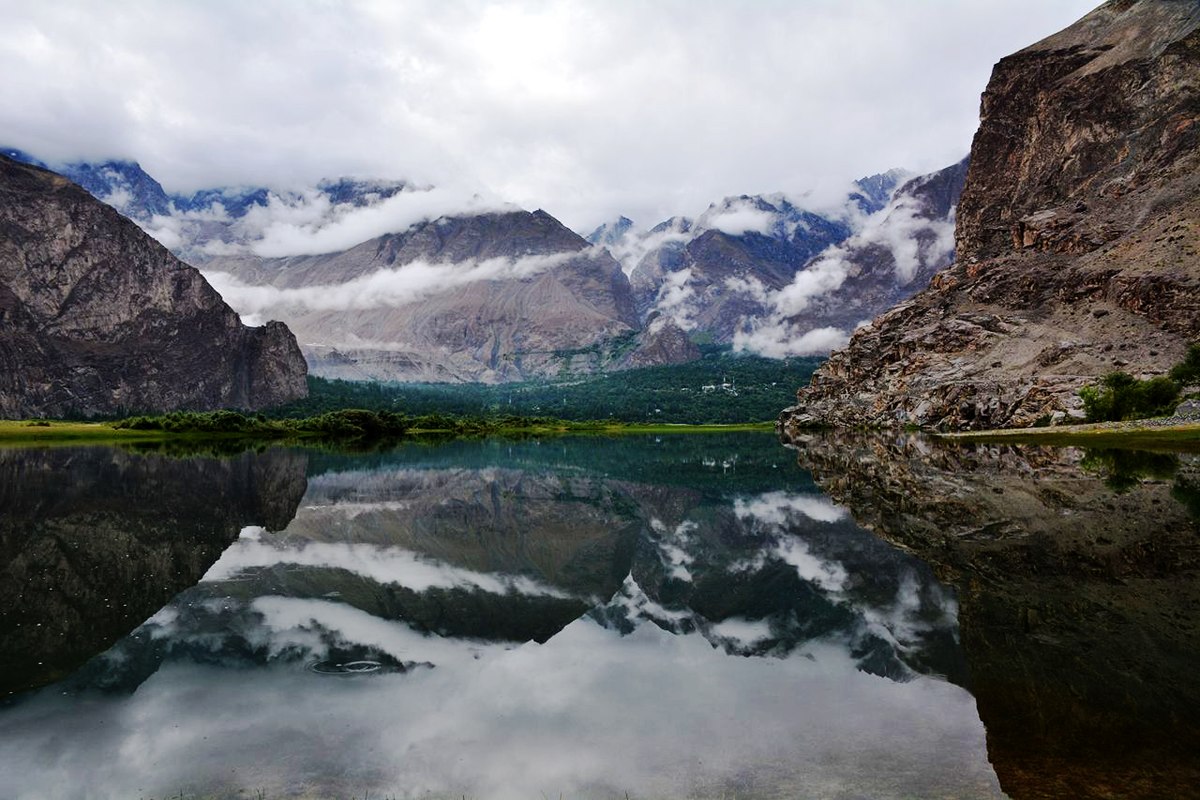 Snapshort Histories
Kargil – Where Roads Once Met
By Akshay Chavan

The conflict of 1999, between India and Pakistan has etched the name Kargil in our collective consciousness. But why is Kargil so important? We dig deep into its history to find out.