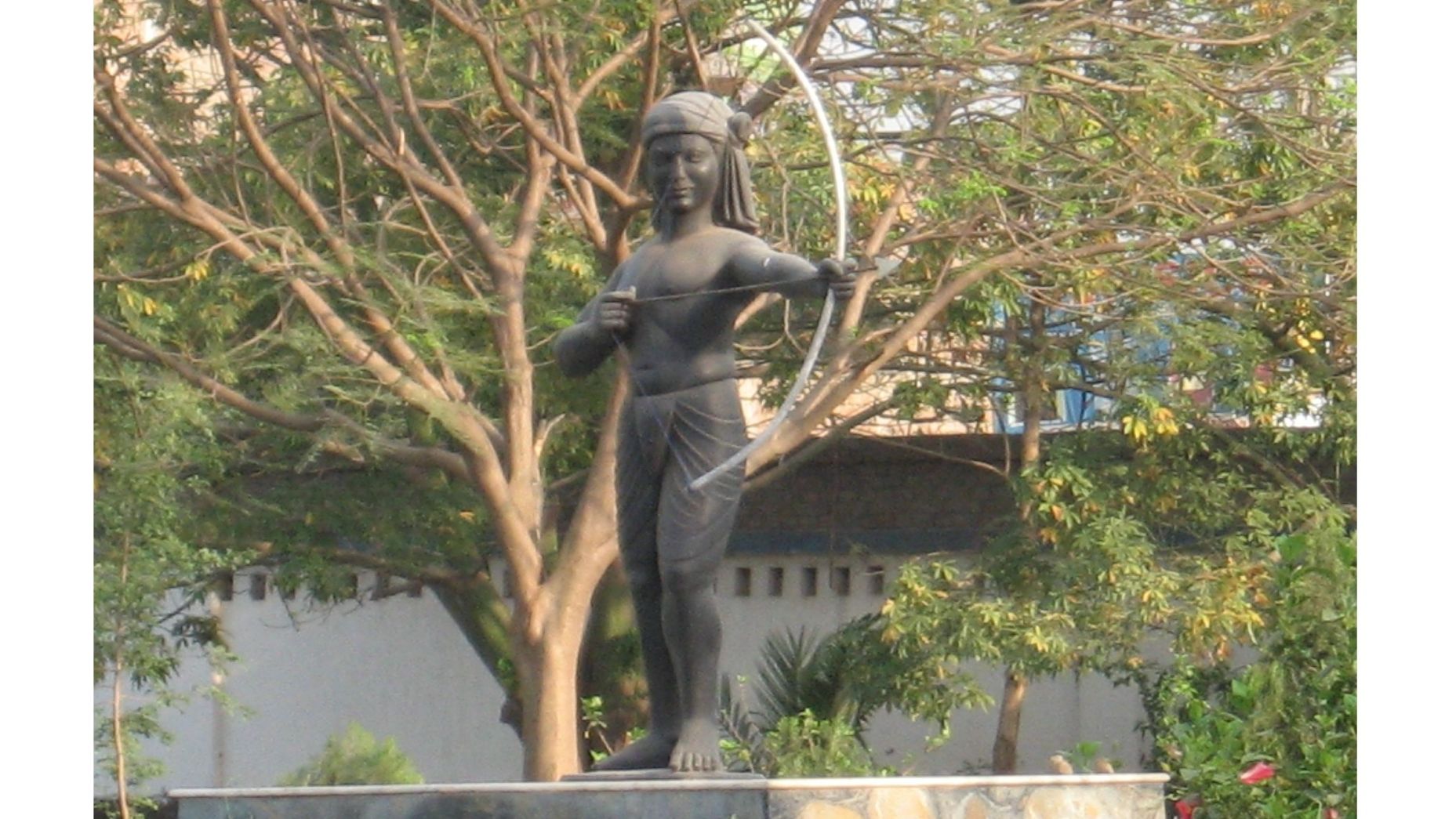 The Revolt of 1857 may have cost the British East India Company its biggest cash cow – India, eventually leading to its closure – but there were many rebellions before this one that resisted the British oppression in the subcontinent. Many of these were tribal revolts, the first of which was the one led by Tilka Manjhi, a revolutionary leader from the hills of what is present-day Bihar. The mass rebellion he mobilised, or the Manjhi Revolt, in the late 18th century, set the tone for other tribal rebellions that followed.

Tilka Manjhi was born ‘Jabra Pahadia’ on what is believed to be 11th February 1750, in a village called Tilakpur in Sultangunj, Bihar. Historians are not sure whether Manjhi was a Pahadia or a Santhal tribal but he is known as ‘Jabra Pahadia’ as this is how he is mentioned in the British records of that time. But it was his fiery nature that earned him the nickname ‘Tilka’, which in the Pahadia language means a ‘person with angry red eyes’. He earned the moniker for his rage against the British East India Company, whose officials started addressing him by that name. Jabra later became the head of his village and it was customary in his tribe to address the village head as ‘Manjhi’. 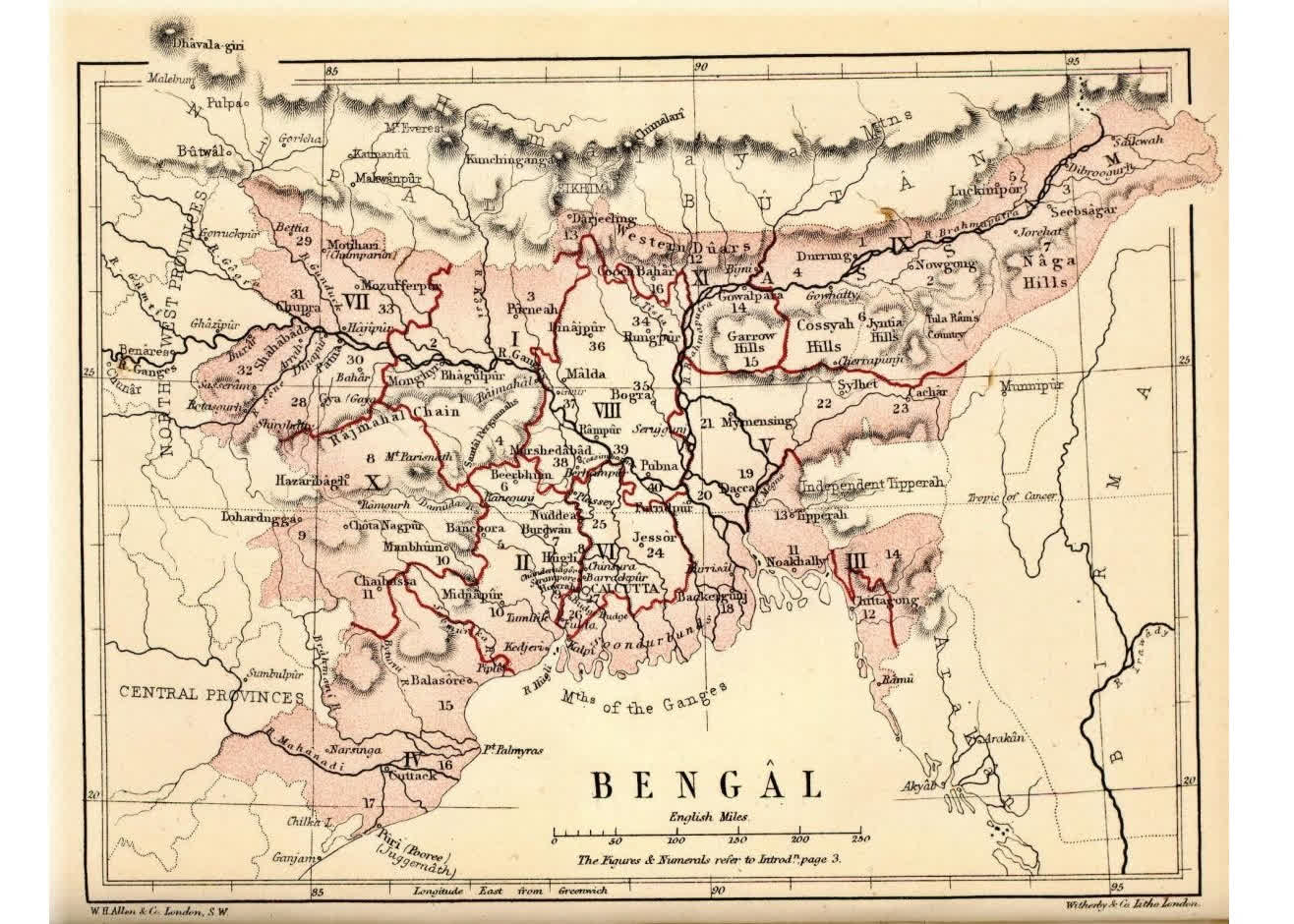 Bengal under the East India Company in 1770   | Wikimedia Commons

Even though Bengal was established as a suba or a province independent of Mughal rule after the death of Emperor Aurangzeb in 1707 CE, the Nawabs of Bengal persisted with the Jagirdari system of administration, a feudal set-up whereby revenue officials called jagirdars and zamindars were appointed to collect revenue from the land, most of which they handed over to the state treasury.

However, the local jagirdars and zamindars exploited the adivasis or tribals by levying taxes that were much higher than justified. Just when the adivasis thought it couldn’t get worse, the zamindars were replaced by the British East India Company, which pushed the tribals to a tipping point. The only option they had was to revolt.

The Company had already acquired the Jungle Mahal region (adivasi lands in today’s Midnapur District of West Bengal) from Nawab Siraj-ud- Daula in 1750 CE. This was followed by the Company taking control of Santhal Pargana and Chhotanagpur in 1765 CE, after the defeat of Mir Qasim in the Battle of Buxar in 1764 CE, and the resultant transfer of the Diwani of Bengal to the Company.

With the Company directly administering and collecting taxes in Bengal and Bihar, the adivasis became more and more indebted to mahajans (money lenders). The Company had connived with the mahajans to wrest the land from the tribals, in lieu of unpaid loans, and the British became landowners in the Santhal Pargana region. Thus, in no time, the simple adivasis were reduced to mere agricultural labourers or ‘tenants’ on their own lands. The British had broken the almost sacred and umbilical bond that Bengal’s tribal communities had with the land.

Tilka Manjhi, in his youthful years, had witnessed this transition. Around 1770 CE, Tilka was already addressing and mobilising people in small gatherings in Bhagalpur, urging them to oppose Company rule and to rise above the divisions of caste and tribe to reclaim what was theirs.

The year 1770 CE is remembered as the year of the Great Bengal Famine when an estimated 10 million people are believed to have starved to death. Santhal Pargana and Bihar were some of the worst-hit regions. Under these dire circumstances, the people expected humanitarian aid as well as tax exemptions from the Company. On the contrary, the Company increased taxes and resorted to collecting them forcefully. While the Company filled its coffers, it provided no relief or aid to the people and millions perished out of starvation.

Resentment against the British was building and Tilka looted the Company’s treasury at Bhagalpur, the district capital where the treasury was located, overpowered the guards, and distributed the spoils among the peasants and his tribesmen, who were reeling under the double whammy of the famine and the forceful collection of taxes by the Company. This is the first attack by Tilka Manjhi in recorded history. Immediately, Tilka gained the respect of his people and became a local Robin Hood.

At the time, Bengal was under the command of Governor Warren Hastings and he immediately dispatched an 800-strong force led by Captain Brook to capture Tilka and quell his revolt. The force unleashed atrocities on the Santhals but failed to capture Tilka.

In 1778 CE, the adivasis united under of a 28-year-old Tilka Manjhi and they attacked the Punjab Regiment of the Company stationed in the Ramgarh Cantonment (in present-day Jharkhand). The tribal force was so fired up that their traditional weapons outdid the rifles of the Company’s soldiers. As a result, the British fled the cantonment.

Following this humiliation, the British realised that if not handled properly, the tribals could become a real threat to their interests in the forest areas of Bengal. Thus, they appointed August Cleveland, a shrewd British officer, as the Collector of Revenue for Munger, Bhagalpur and Rajmahal districts. Cleveland realised that the best way to suppress the rebellion was by making a dent in adivasi unity.

He learnt the Santhali language to communicate effectively with the adivasis, and it is said that around 40 tribes in the Santhal Pargana region soon accepted the authority of the Company due to benefits such as tax exemptions bestowed on them by Cleveland. The canny British officer also raised an army unit from among the tribes in the hills. Employing the adivasis as sepoys in the Company and thereby providing them with employment was a master stroke that aimed to break their unity.

Tilka was also offered a job in the hill force raised by Cleveland as well as the exemptions granted to the chiefs and their tribes. However, Tilka understood the real intentions of the British, so he resisted these enticements. He still had the support and love of the people and worked tirelessly to strengthen adivasi unity for the final showdown with Cleveland. Tilka sent messages on sal leaves to tribal groups that had not yet accepted British authority, asking them to unite to save their lands. This had the desired effect and he was able to rally massive support among his people. 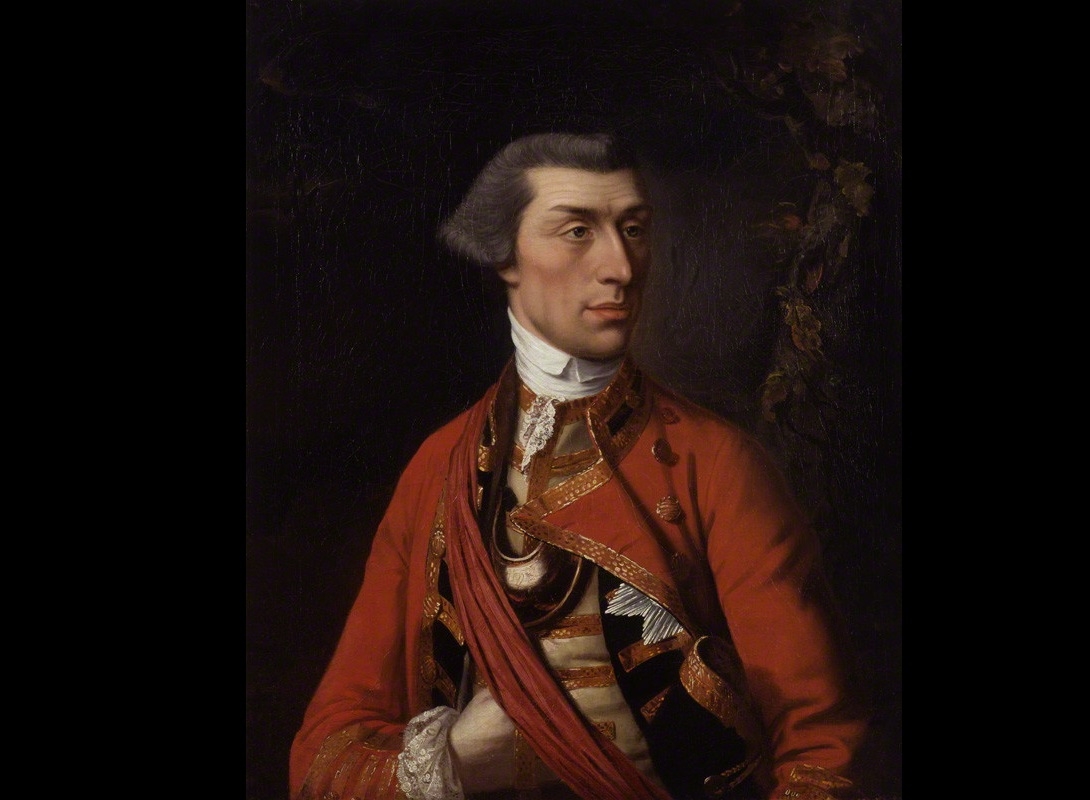 The Attack on Bhagalpur

Tilka took a daring decision to attack Bhagalpur and catch the enemy napping, and the adivasi charge on Bhagalpur in 1784 CE took the British completely by surprise. Heavy fighting ensued between the tribals and the British. In the midst of the chaos, Tilka fired a shot from his bow. His poison arrow found its mark and Cleveland fell from his horse, fatally wounded. He died a few days later. Having dealt a major blow to British morale, Tilka Manjhi and his comrades retired to the safety of the jungle, largely unharmed.

Cleveland being killed by an Indian adivasi was a wake-up call for the East India Company, which sent a strong force under Lieutenant General Eyre Coote to put an end to Tilka’s revolt and capture him, dead or alive. It is believed that someone from Manjhi’s camp betrayed him and revealed the whereabouts the adivasi leader to the British, who attacked Tilka and his men in the middle of the night. Tilka barely escaped but a large number of his comrades-in-arms were martyred in the skirmish. 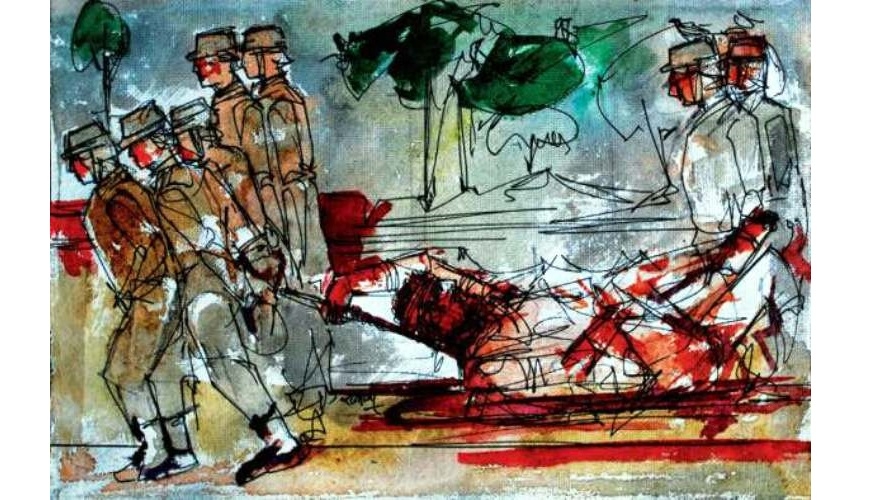 Tilka fled into the forests of his hometown, Sultanganj, and continued to wage guerrilla warfare from the safety of the forest against the British. However, the British effectively blocked all supply routes to Tilka and his men. Eventually, Tilka had no option but to engage with the British. It is believed that it was 12th January 1785 when Tilka’s forces clashed with the British for the very last time. Hungry and tired, they were quickly overpowered and Tilka was finally captured.

What followed next was horrific. Tilka was tied to horses and dragged for miles, all the way to Bhagalpur. It is said that he was still alive when he was untied from the horses, on reaching Bhagalpur. As people watched, Jabra Pahadia’s short yet well-lived life was brought to an end on 13th January 1785 CE by hanging. He was only 35 when he died.

Sadly, the revolt did not have an impact on what the tribals were fighting for. The British with all the might further aggravated the suppression of the adivasis and the exploitation of their lands. However, his revolt actually made the Company realise that they could not take the tribals lightly. His revolt, in the long run, inspired the adivasis to organise themselves and take up arms against the British in the region in the future.

Tilka Manjhi’s story has fallen through the pages of our history books. In 1991, though, the brave tribal leader’s supreme sacrifice received some recognition when the Bihar Government renamed Bhagalpur University the ‘Tilka Manjhi University’, and a memorial dedicated to him was erected at the site of his hanging.

Tilka Manjhi’s heroic stand against the British would inspire generations of adivasis to rise up against colonial oppression. The most notable among them were the Kol Uprising in Singhbhum, Jharkhand in 1831 and the very successful Santhal Uprising in Santhal Pargana in 1855. While forgotten by the rest of India, Tilka Manji lives on, immortalised in the songs of the tribals, who eulogise and keep alive the memory of a David who tried to slay a Goliath in the hills of Santhal Pargana.

Akash Anurag is an aspiring legal mind whose heart still beats for anything with a historical association. 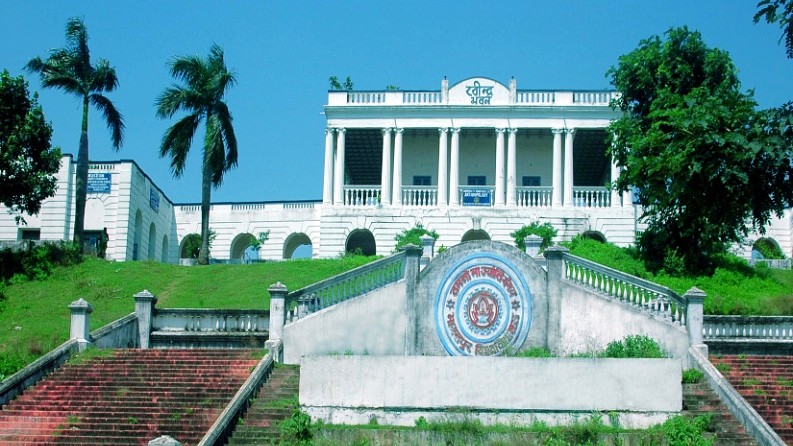 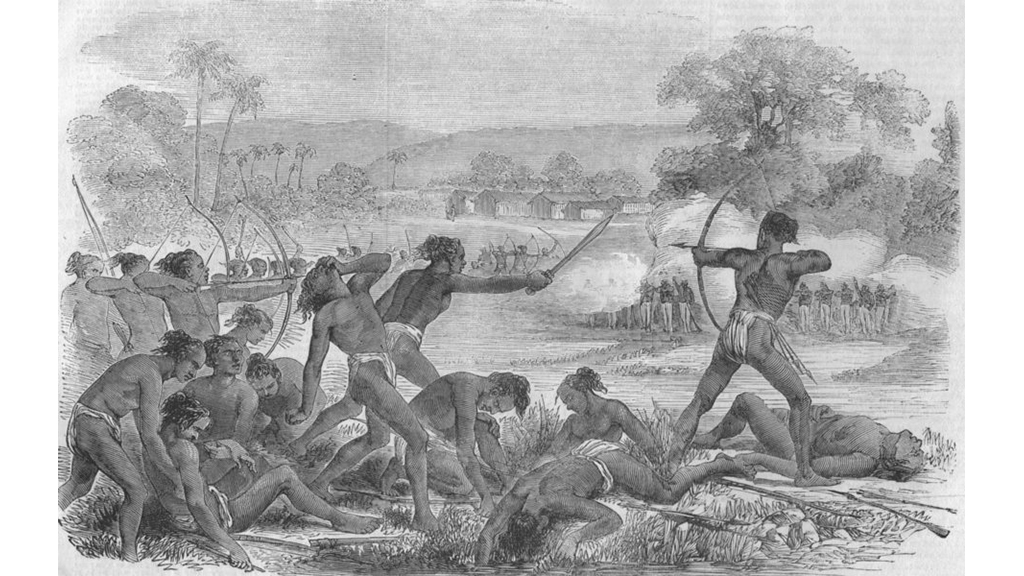 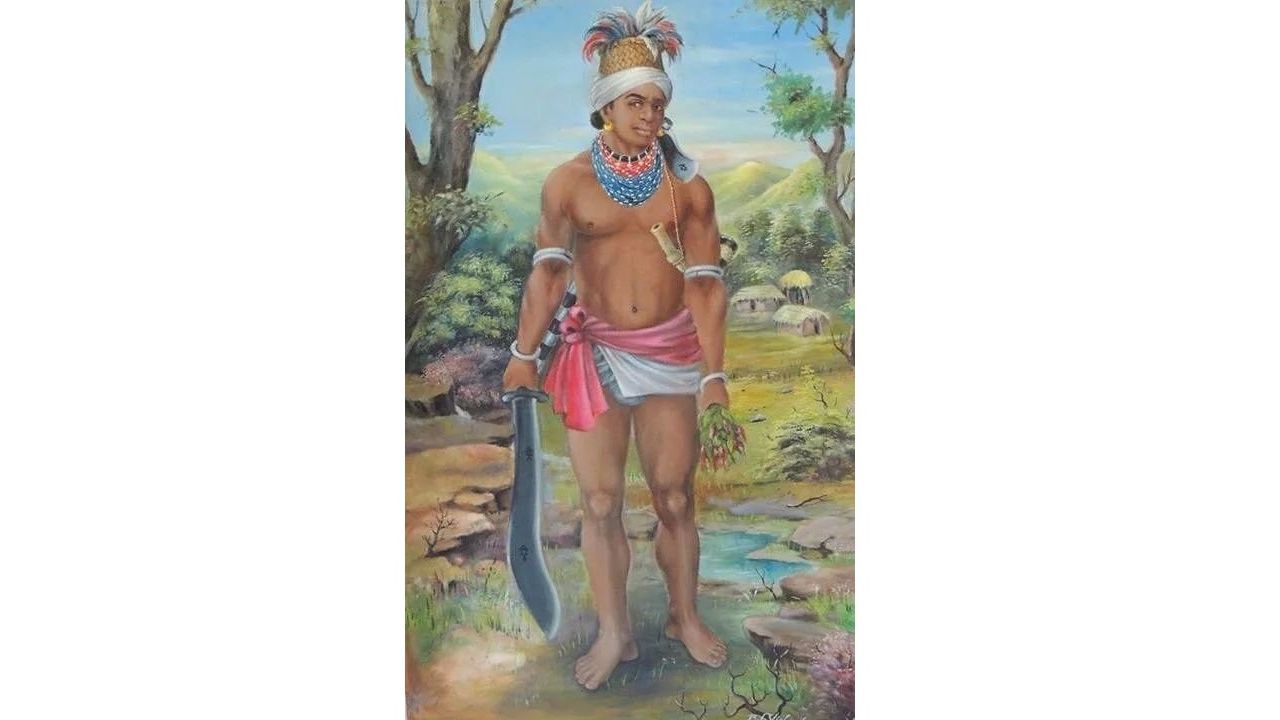 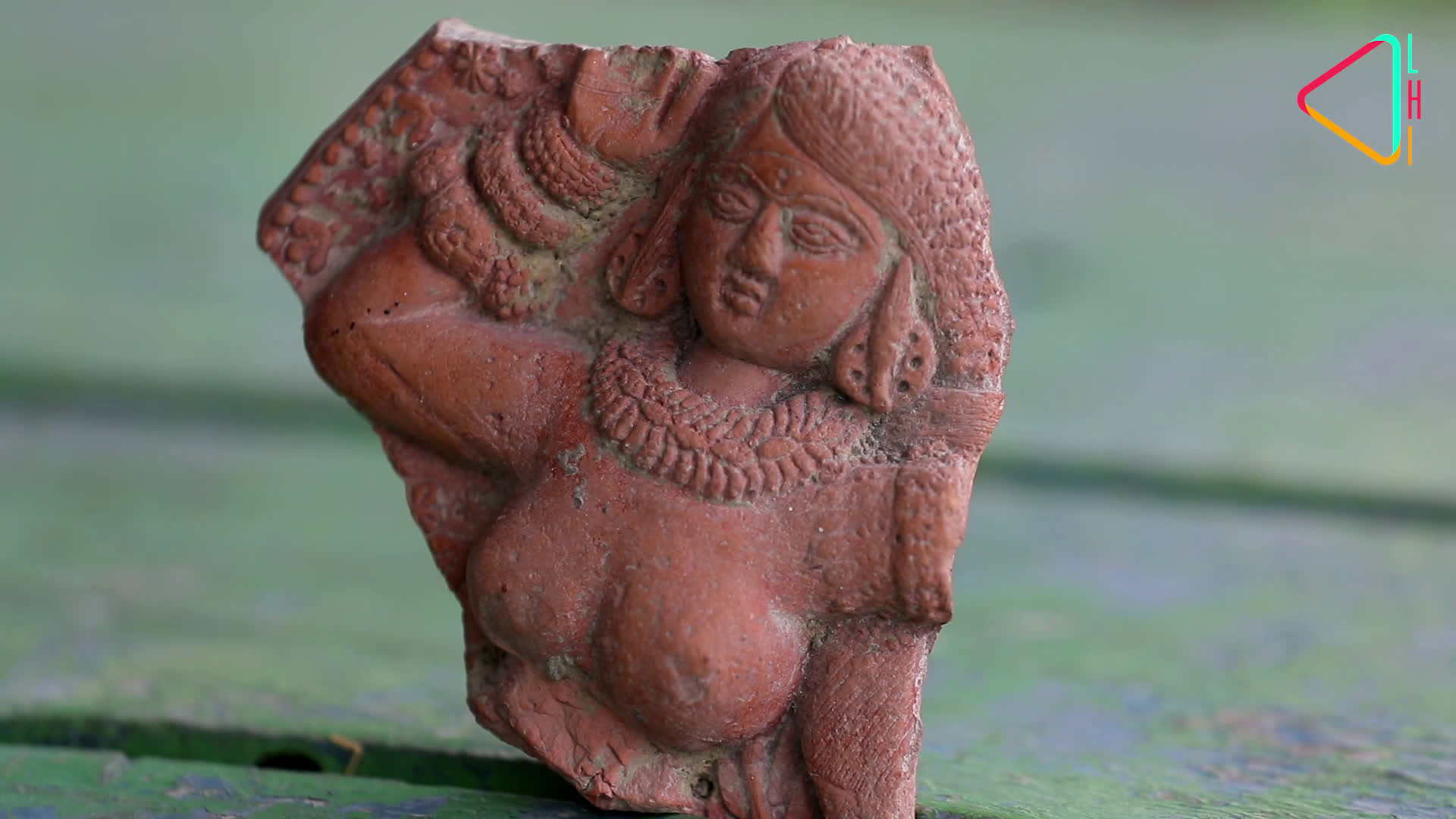 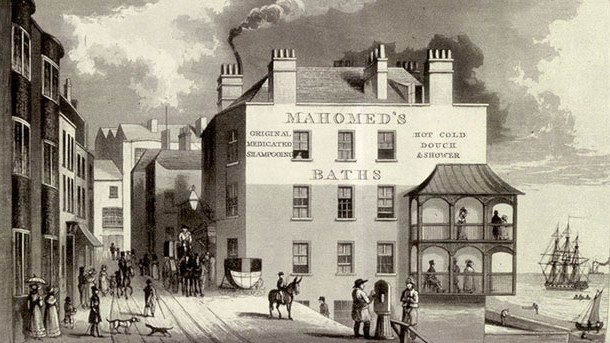 Catch the story of the man who introduced ‘Shampoo’ to the world and was the first Indian to publish a book in English and open an Indian restaurant in England. We present the extraordinary Sake Dean Mohamed. 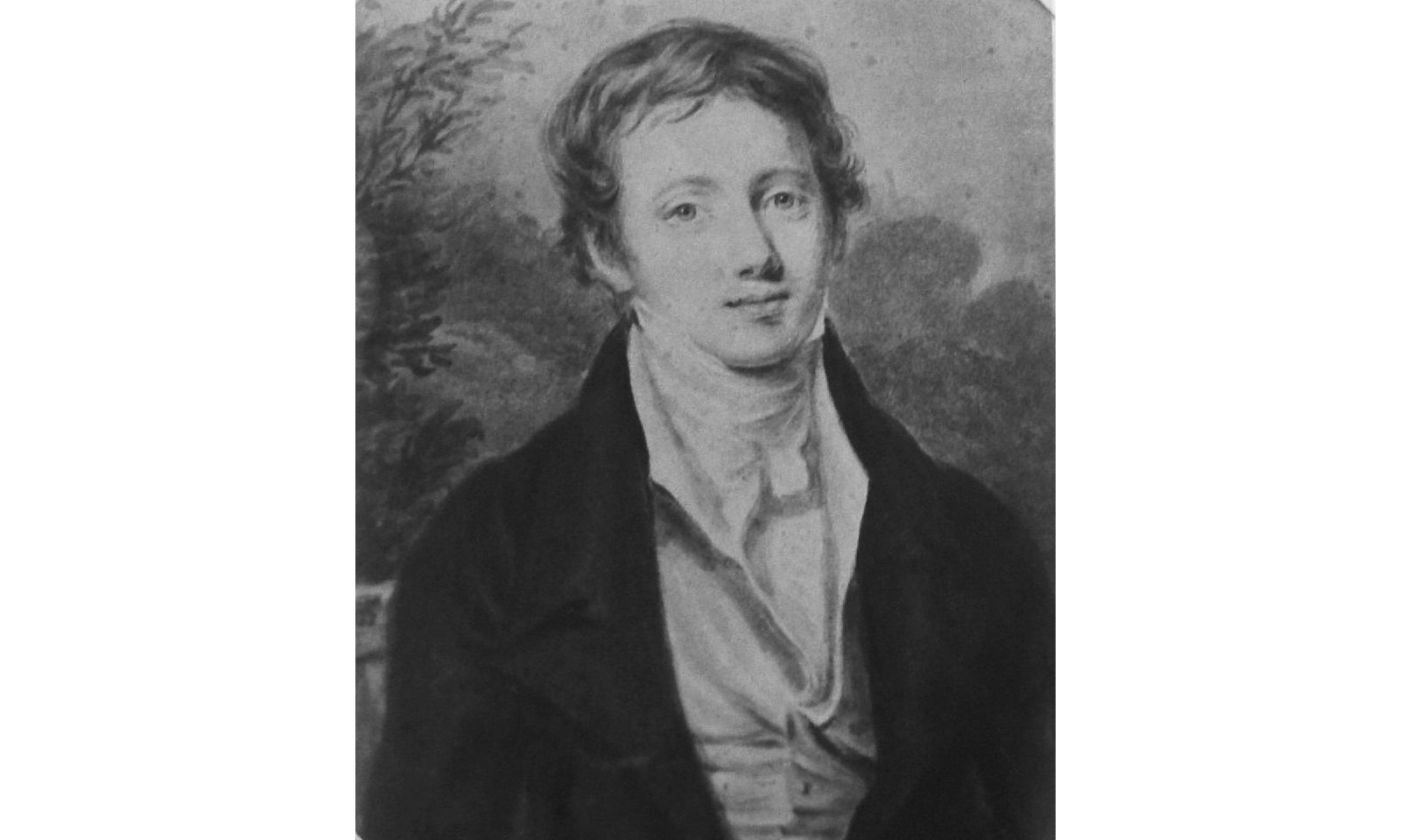 He was the man who unlocked the mysteries of two ancient Indian scripts, opening up entire chapters of our history. On his 220th birth anniversary, we tell you the story of James Prinsep, Indologist and polymath, and how he managed to decipher India’s ancient Brahmi script 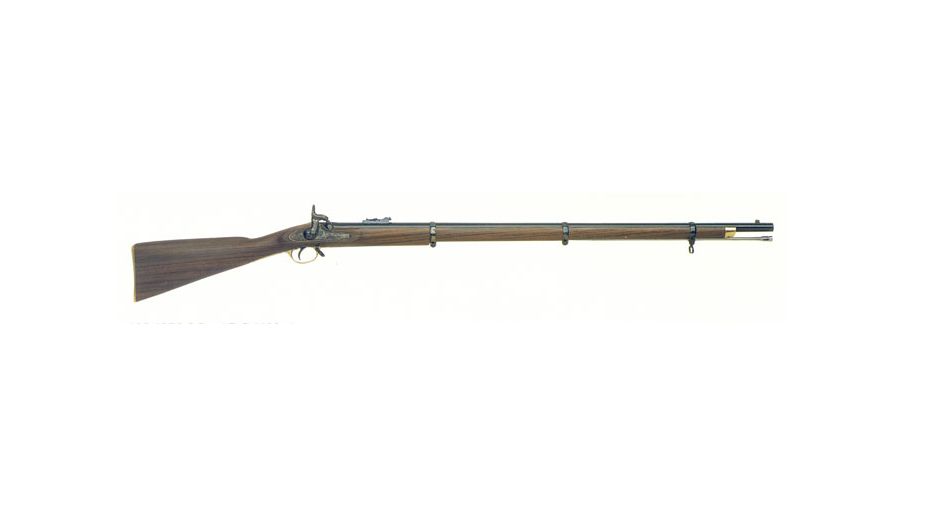 The Revolt of 1857 was a turning point in the history of India and it led to the death of the world’s largest corporation, the British East India Company. Ironically, the trigger for these events can be traced to an English musket, which while technically advanced, misfired spectacularly