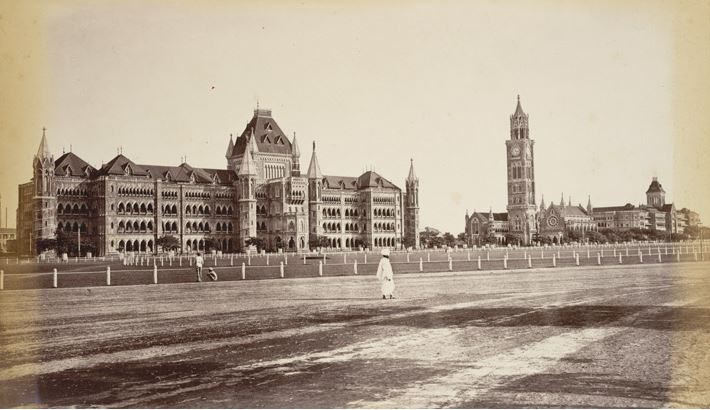 Walk along Mumbai’s Oval Maidan and a row of stately Victorian-era buildings that flanks the eastern edge of the maidan is a stoic reminder of the might of the then British Raj. Plenty has changed since these buildings were raised, including the structures that comprise the Bombay High Court, but their grandeur still impresses today.

But few who pass by realize that it was here that Mahatma Gandhi, Sardar Patel, Dr B R Ambedkar and Mohammad Ali Jinnah practiced law, and where noted freedom fighter, Lokmanya Tilak, was put on trial three times, on charges of ‘sedition’.

The Bombay High Court has a layered history that goes back 157 years.

But why did it take the British 200 years to set up a High Court in India?

In 1668, King Charles II of England leased the seven islands of Bombay that he had received as dowry from his Portuguese wife, to the East India Company for 10 pounds a year. Back then, Bombay was little more than a really small outpost with a deep harbour. To facilitate the smooth running of the territory, a law and legislation office was set up in 1672 by Gerald Aungier, the second Governor of Bombay. As the city prospered over the next 100 years, there was a need for a larger legal set-up.

In 1683, the Admiralty Court was set up by a charter of King Charles II, to look after maritime matters. This court was merged with the regular court in 1690. As the city grew, this legal machinery too expanded – on 24th September 1726, Mayors Courts were set up in Calcutta, Madras and Bombay. Accordingly, the British Mayors of these cities decided matters based on English law. But they did not have any legal qualifications, and native Indians had no access to these courts. 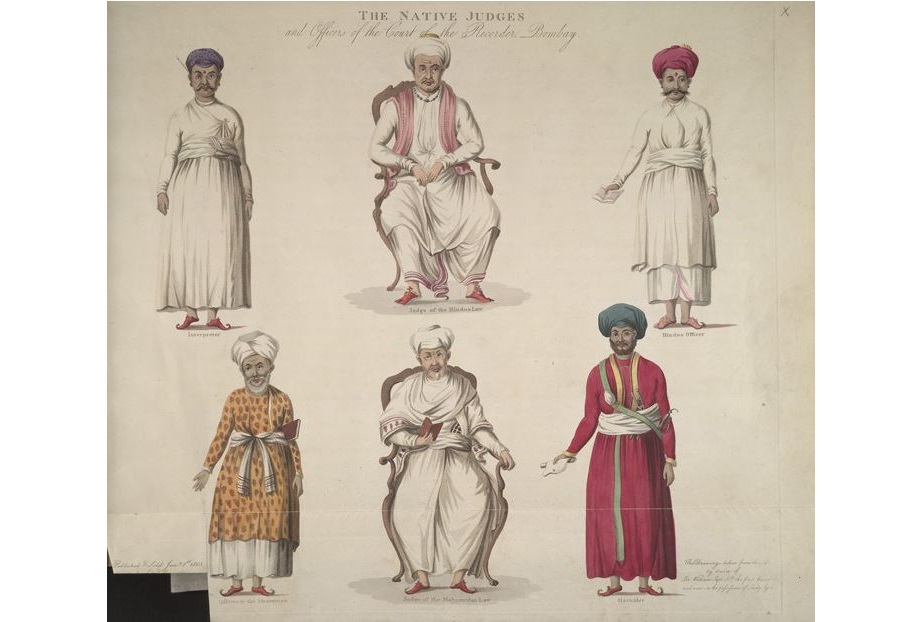 The native judges of the Recorder’s Court | British Library
Support Live History India
If you like Live History India`s work, do consider extending support to us. No contribution is too small and it will only take a minute. We thank you for pitching in.
Donate
*Terms and Conditions

It was more than half a century later, in 1798, that local Indians got access to the formal justice system with what is known as the ‘Recorders Court’. This was the most well-organised court till that point. It was presided over by a Recorder, who had to be a trained barrister from England with at least 5 years’ experience. In matters of personal law, the court was assisted by a Pandit and a Kazi and it operated out of the ’Custom Houses’ that the British had established on the islands of Bombay and Mahim.

On 8th May 1824, a ‘Supreme Court’ was established in Bombay, which was a direct predecessor of the Bombay High Court. However, soon, tremendous political changes took place across India, following the Revolt of 1857. Under the provisions of ‘the Government of India Act 1858’, the British Government dissolved the East India Company and took its possessions in India directly under its rule. Finally on 14th August 1862, the Bombay High Court was established in Mumbai. 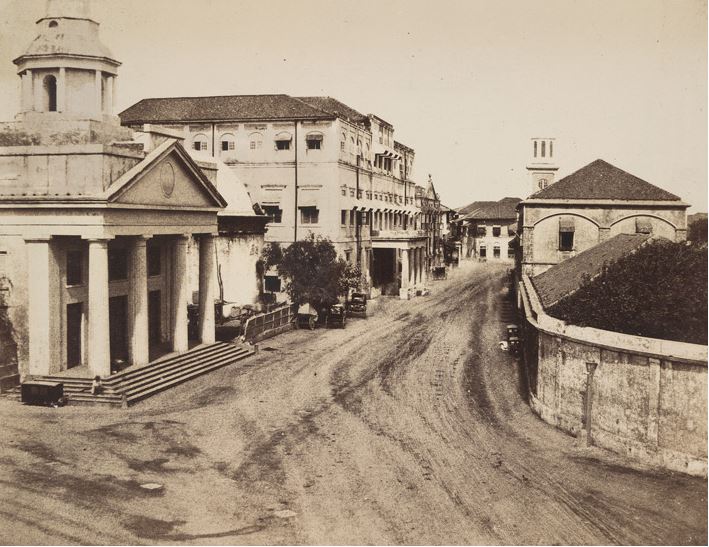 Through the grant of ‘Letters Patent’ by Queen Victoria on June 26, 1862, three High Courts were set up – in Calcutta, Bombay and Madras. The Bombay High Court was formally inaugurated on August 14, 1862. Initially, it functioned out of the ‘Admiralty House’ near the present-day K R Cama Oriental Institute in Mumbai.

The construction of the present iconic High Court building began only in 1871.

With the Indian territories of the Company coming directly under the Crown, new symbols of authority were needed, and thus many grand monuments to signify this strength were created. These included the creation of the Bombay University, Victoria Terminus and the Bombay High Court. 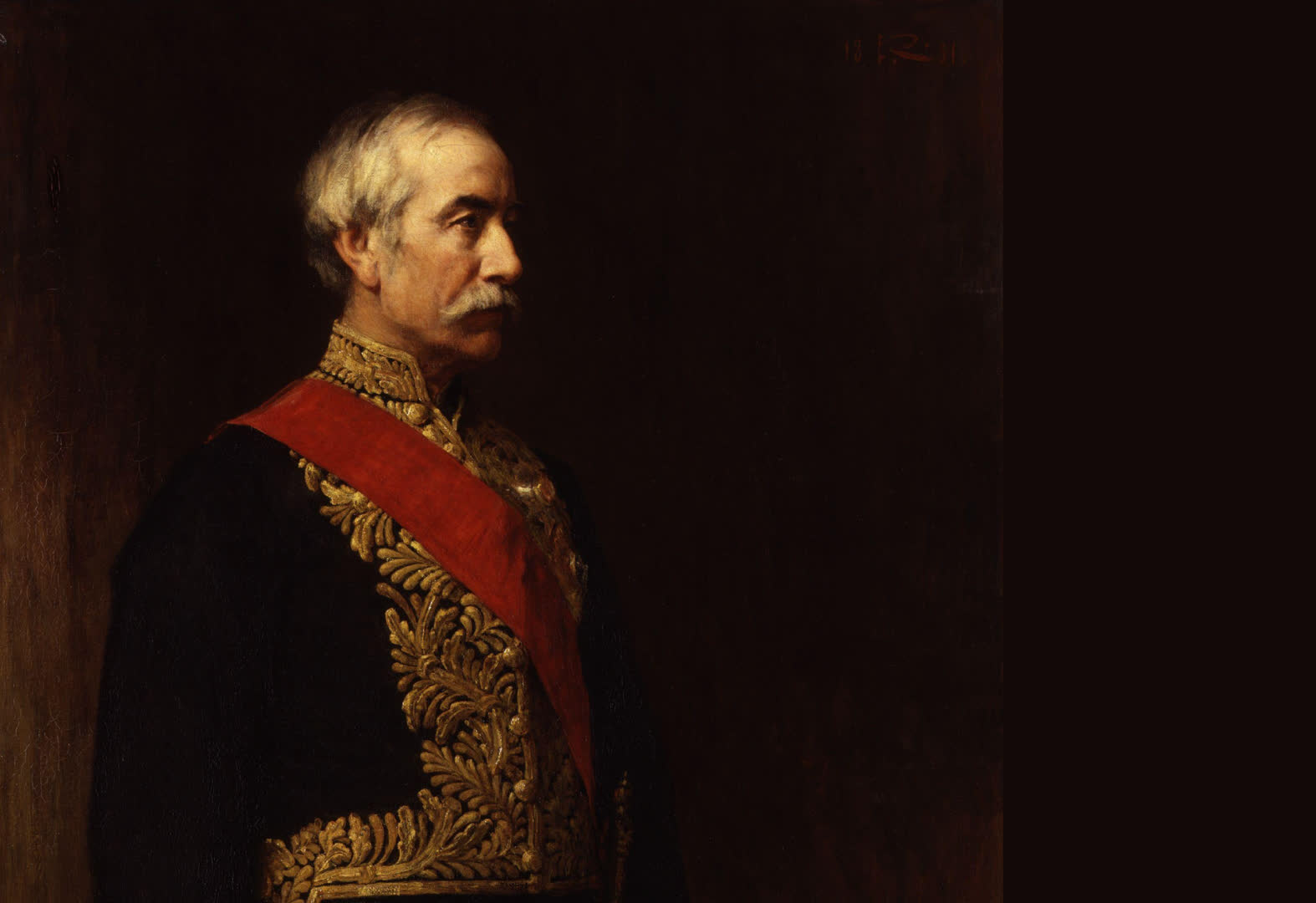 The demolition of the Bombay Fort walls in the 1860s on the orders of Governor Sir Bartle Frere, to allow the expansion of the city, had freed up large parcels of land. A part of this land was used to construct buildings for this new court. Many of these buildings, including the court buildings, were designed in the Victorian Neo Gothic style of architecture. The building of the court itself was designed by a British architect, Colonel J A Fuller of the Royal Engineers who also designed the David Sassoon Library at Kala Ghoda in Mumbai’s Fort area. 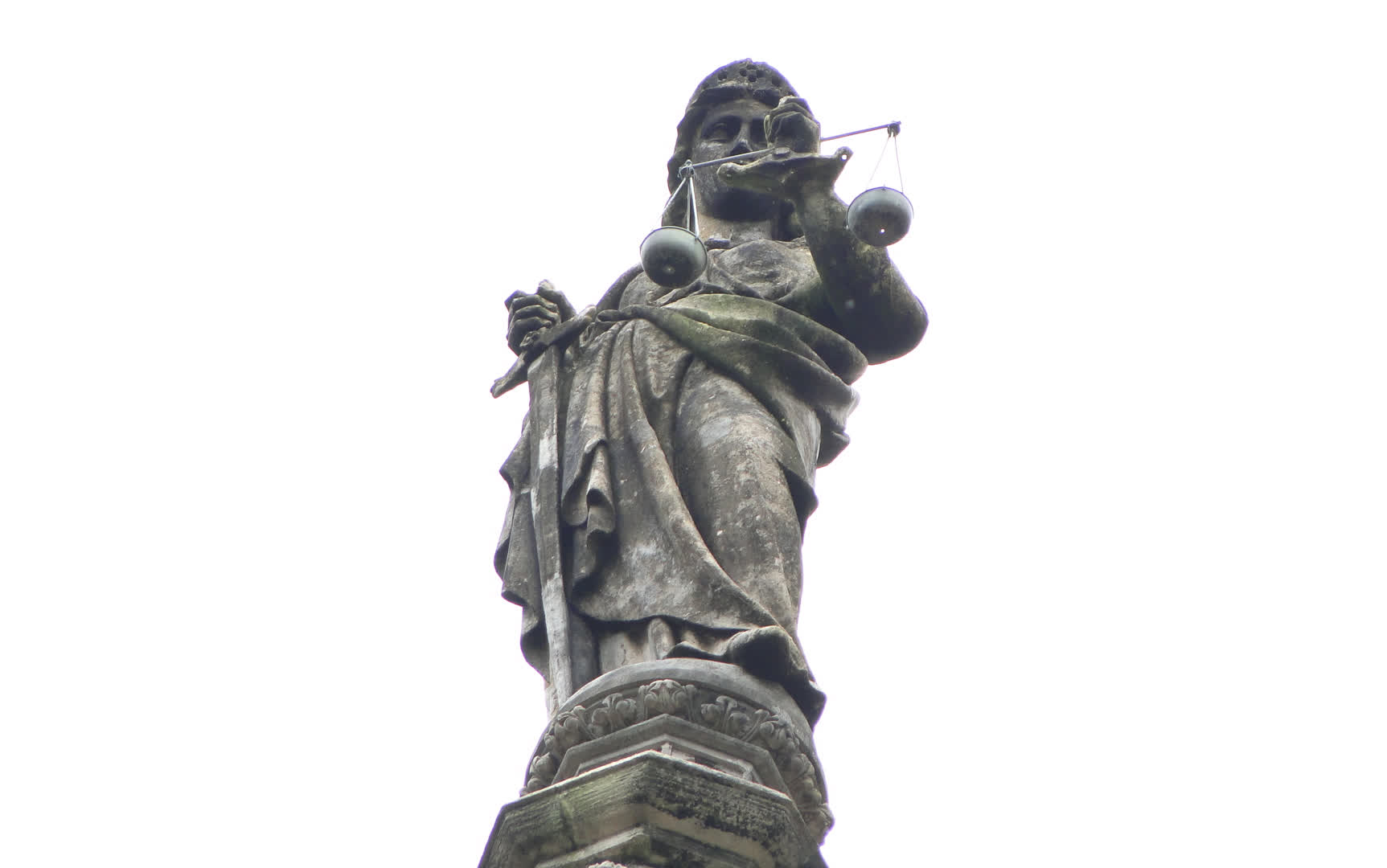 Statue of Justice atop the building | Wikimedia Commons

On the battlement, on the western front of the High Court building, was installed the stone statue of the Goddess of Justice. Presiding over the court proceedings to this day, she is represented with a blindfold over both eyes and holding the Sword of Justice in one hand and the Scales meticulously even in the other.

The court building was built between 1871 and 1878. Interestingly, the building was completed at a cost of Rs 16,44,000, less than the sanctioned sum of Rs 16,47,196. An annex was added in the 1930s. The grand building was a designed to project the might of the British Empire and its ostensible fairness.

One of the most iconic trials which took place here, was when renowned freedom fighter Lokmanya Tilak was tried on charges of ‘sedition’ in 1908, due to a series of articles he had written in his paper Kesari about the Muzzafarpur bomb explosion caused by Khudiram Bose. In his articles, he argued that the bombs were a result of “exasperation produced by the autocratic exercise of power by the unrestrained and powerful white official class”.

The Europeans outnumbered the Indians 7-2 and Tilak was sentenced to 6 years’ imprisonment in Mandalay in Burma. Tilak was tried again for ‘sedition’ in 1916, for inflammatory speeches in Marathi. His lawyer, who successfully defended him and secured his acquittal, was none other than Muhammad Ali Jinnah.

Today, a plaque marks the courtroom where this historic case was fought. 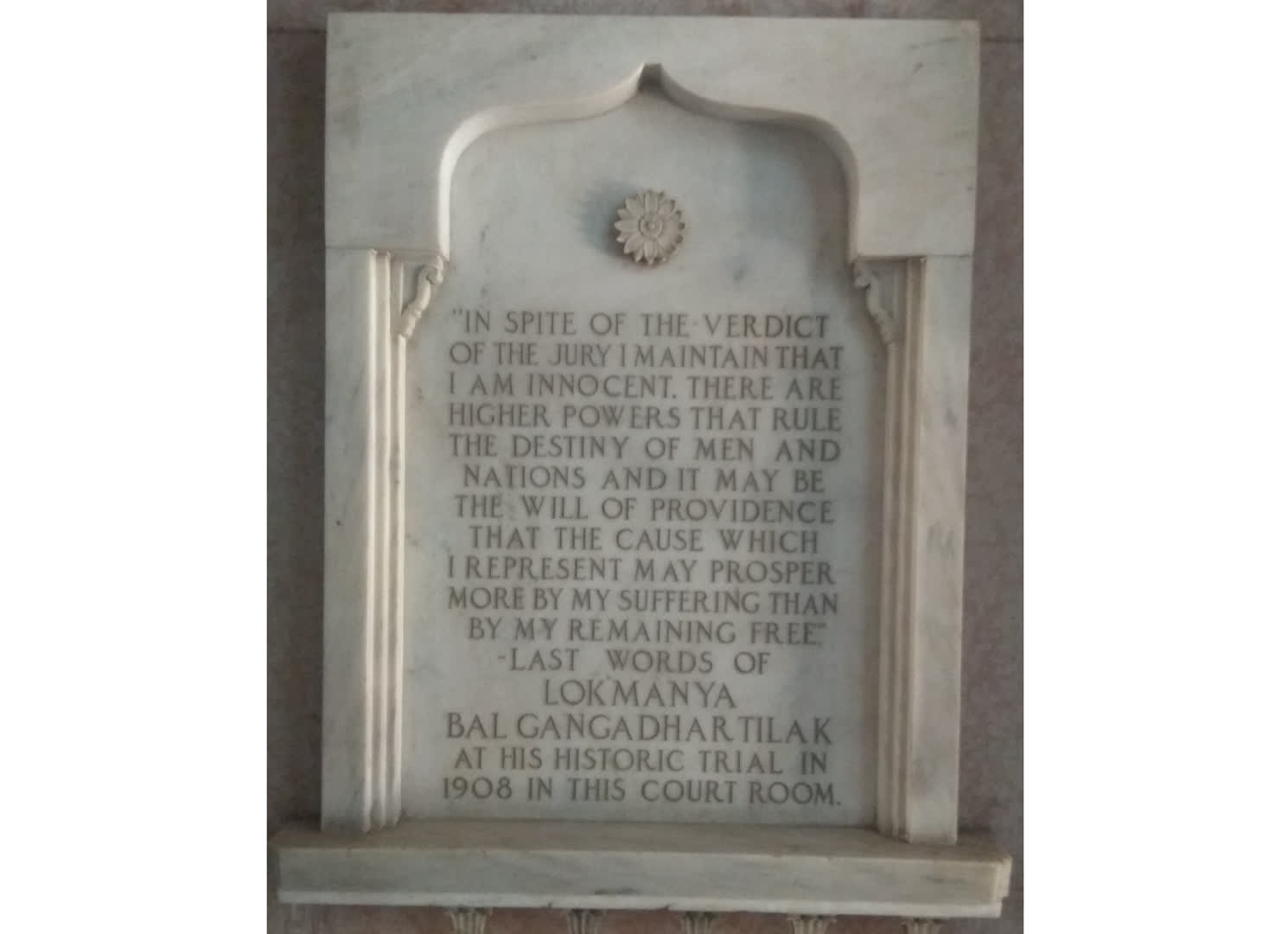 Many of the country’s pre-eminent legal luminaries cut their teeth in the courtrooms here. The likes of Sardar Patel, Muhamamd Ali Jinnah, B R Ambedkar, N A Palkhiwala and even Mahatma Gandhi practiced law here at some point or the other.

There’s a brief and little-known tryst that Mahatma Gandhi had with the Bombay High Court, which he mentions in his autobiography. Gandhi, then an up-and-coming lawyer, had enrolled at the Bombay High Court on 11th June 1891. Gandhi lived in the Girgaum area and walked a couple of miles to the High Court daily, to hear cases. But with no connections in Bombay, his practice was not very successful and was forced to return to Rajkot in 1892. 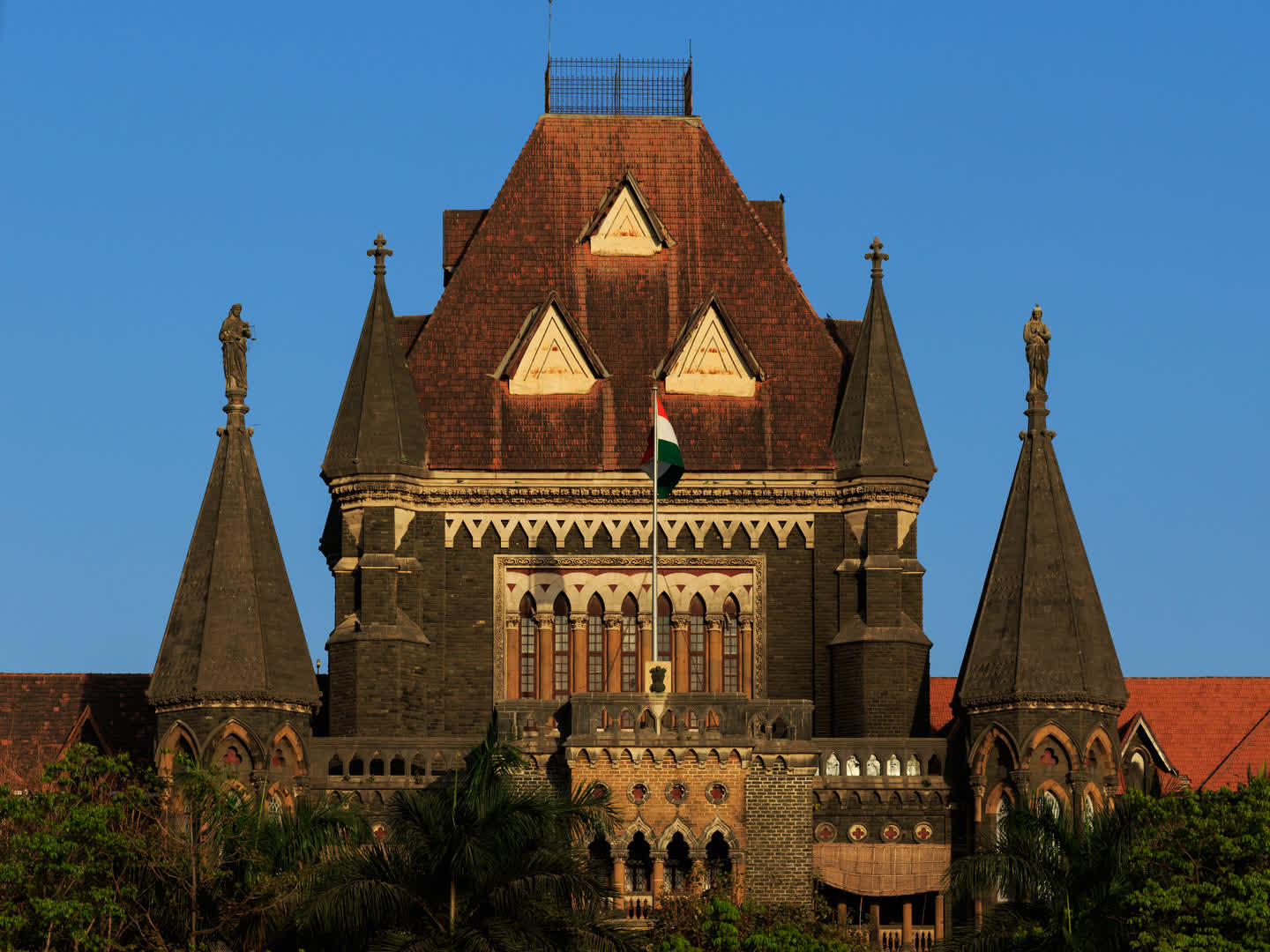 As a part of the celebration of its 150th anniversary, a museum was set up in the court and was inaugurated by Prime Minister Narendra Modi in 2015. The museum charts the history of the court and its evolution over the centuries. The court also displays interesting paraphernalia like the robes, wigs and maces of judges and lawyers, and even the barrister certificates issued to Mahatma Gandhi, Jinnah, Sardar Patel and Dr Ambedkar.

Today, the almost 150-year-old buildings of the High Court are a World Heritage Site and are a part of the Victorian Gothic and Art Deco Ensemble of Mumbai.

If these walls could speak, what stories they would tell! 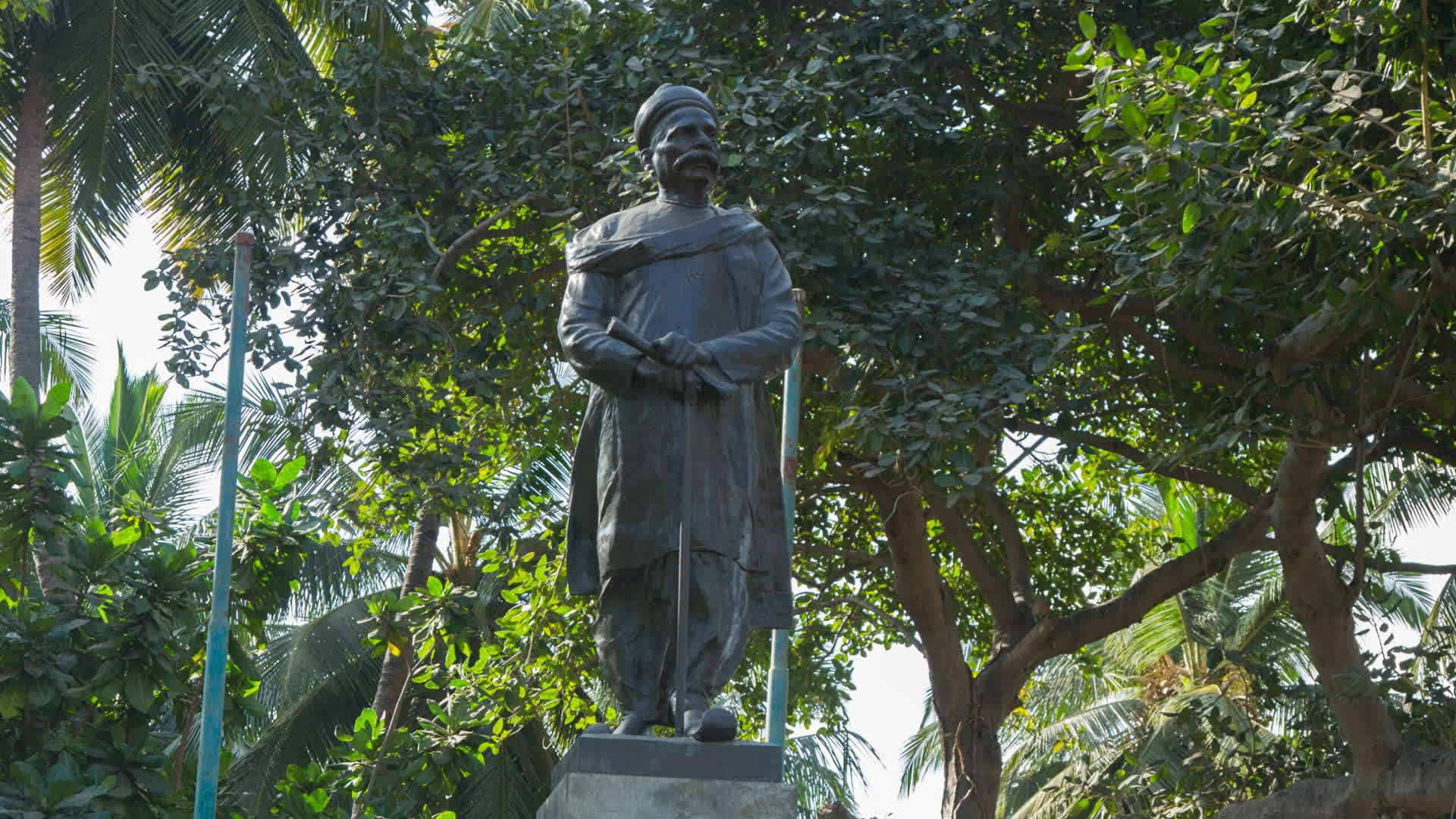 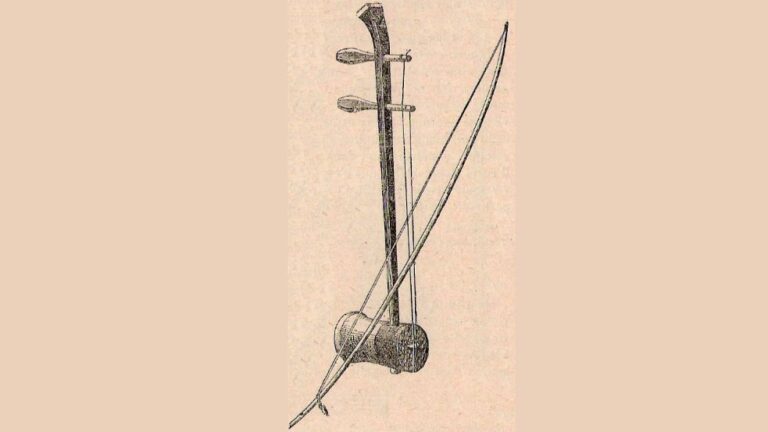 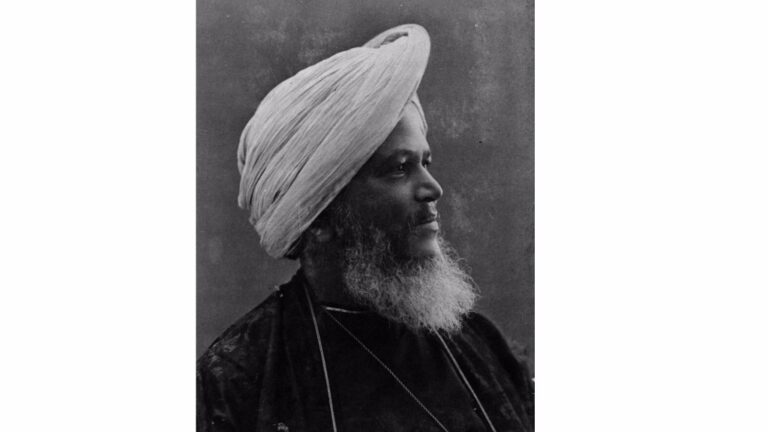