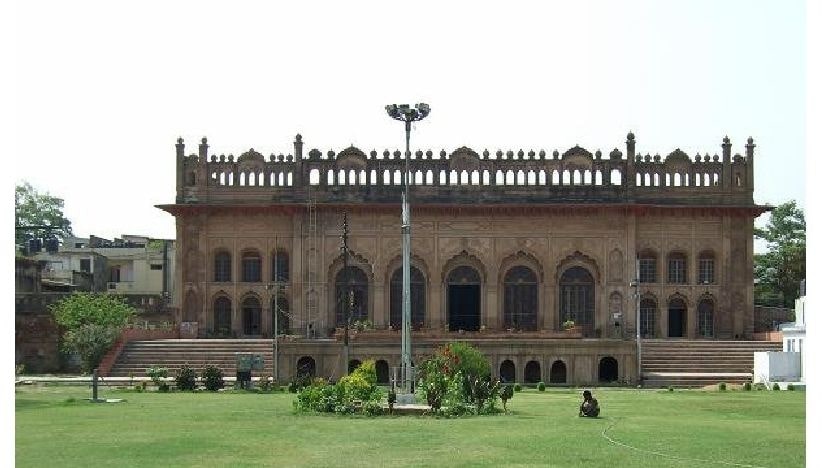 As the giant metal fingers of an earthmover scooped up rubble from a street in Lucknow’s Hazratganj Market in April 2020, the scene was no different from a regular building collapse. Encroachments and illegal structural alterations had weakened the structure and the old was making way for the new. Except that here, the ‘old’ was the beautiful, scalloped gate of one of Lucknow’s lesser-known gems from the Nawabi era, one of two entranceways to the Sibtainabad Imambara.

The Imambara in the 19th century | Wikimedia Commons

Unlike the magnificent Bara Imambara or Shahnajaf Imambara, the Sibtainabad Imambara is one of Lucknow’s secret beauties. Rather small and simple in design, it is located in the historic Hazratganj Market in the heart of the city. The market was built by the fourth King of Awadh, Nawab Amjad Ali Shah, who ascended the throne in 1842.

Amjad Ali Shah started building the Sibtainabad Imambara as a place for majlis or mourning in memory of the martyrdom of Imam Hussain. He also intended it to be the place of his own burial. However, the Nawab died before the structure was completed and it was his son, the last Nawab of Awadh, Wajid Ali Shah (r. 1847-56), who completed the imambara. 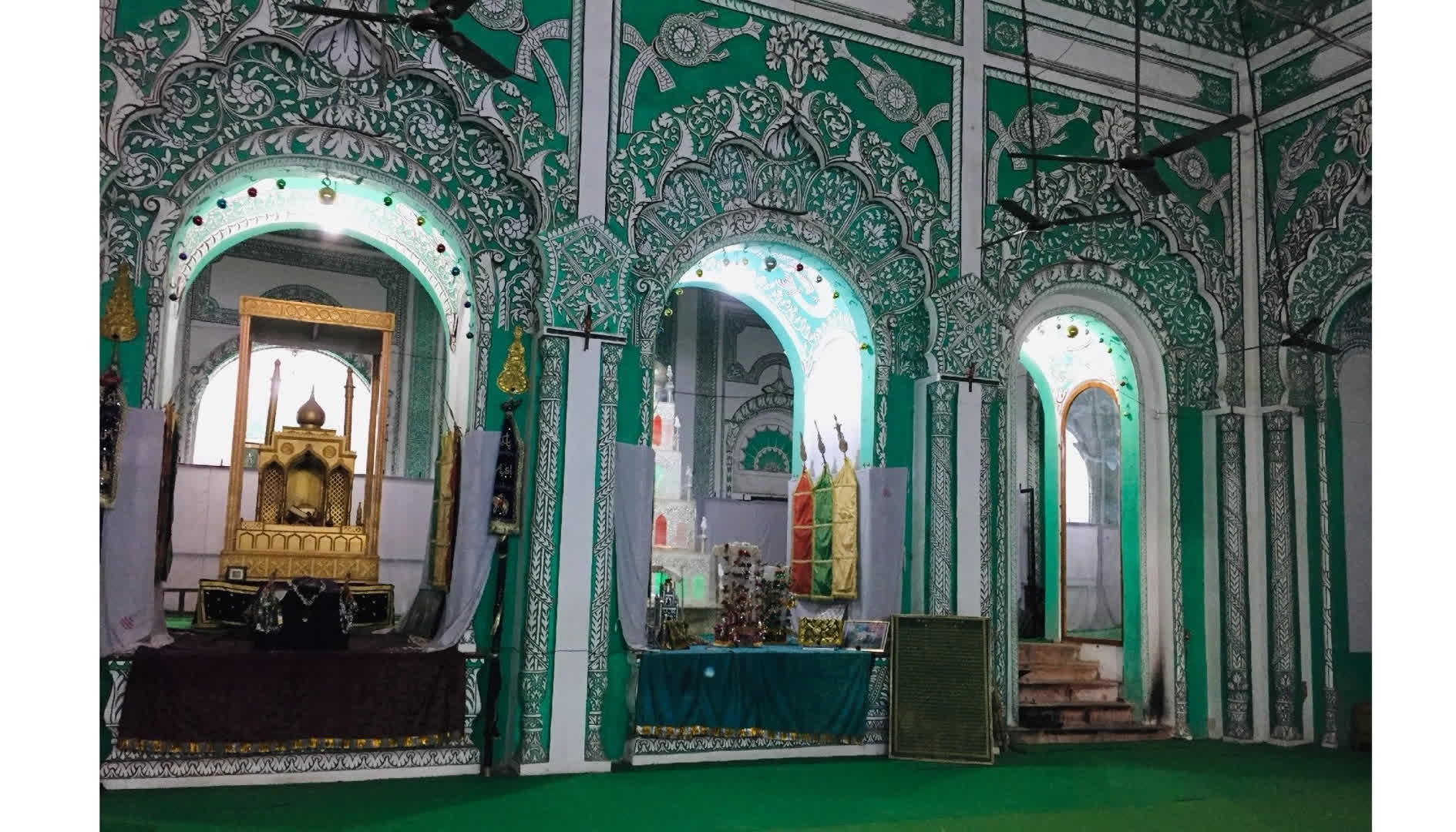 Sibtainabad Imambara from the inside | Author

The Sibtainabad Imambara has two gateways – one that lets you through into the main complex and the other that recently collapsed and which opened into the main Hazratganj Market. As soon as you enter the complex, you see a white mosque to the right of a rectangular complex and some residential houses. A short flight of stairs leads an elevated platform, which constitutes the base of the imambara. 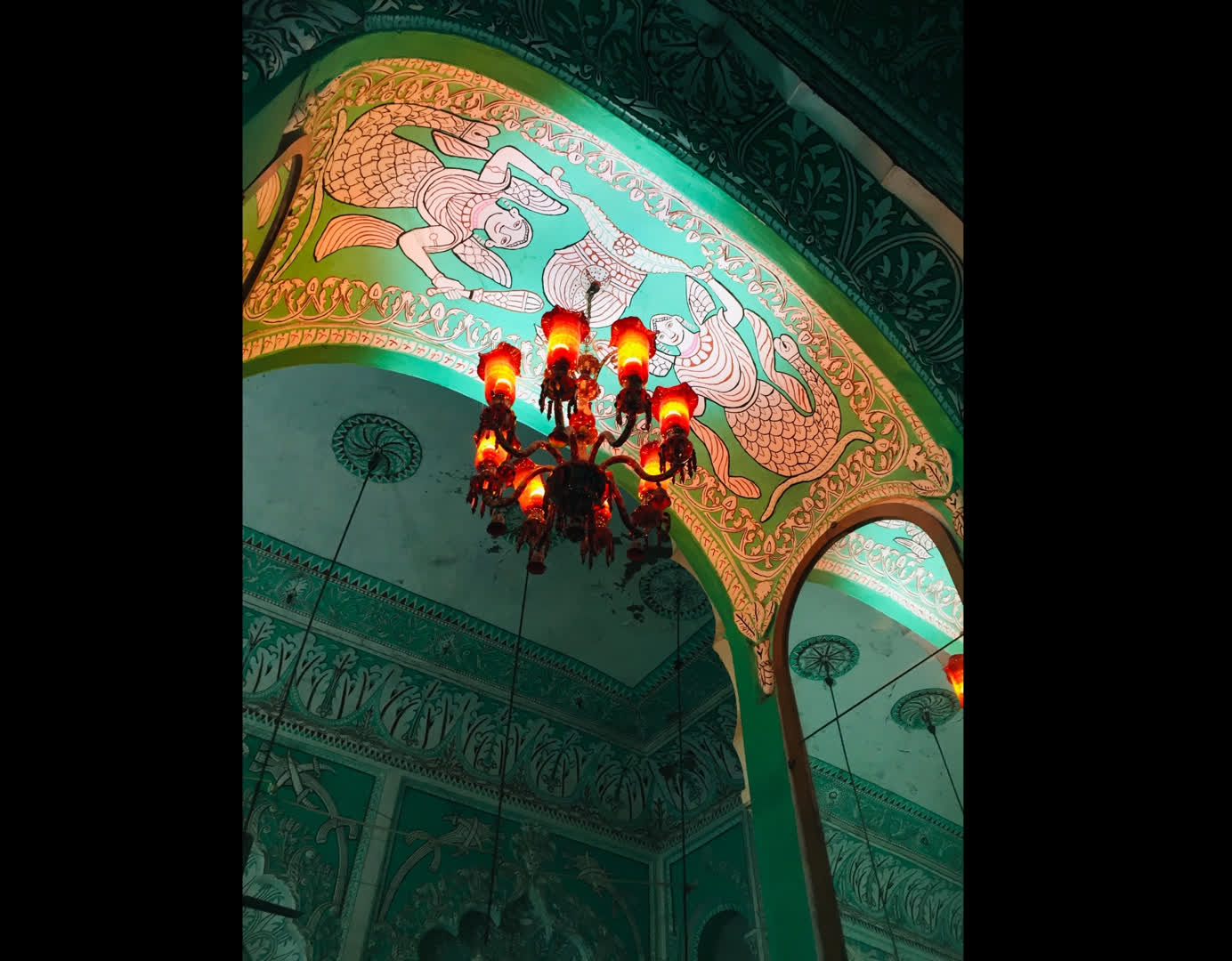 Interiors of the Imambara | Author

A view of the Imambara at night  | Author

The imambara is also referred to as a maqbara or mausoleum complex as it holds the graves of Nawab Amjad Ali Shah, his grandson Mirza Javed Ali, and the wife of Nawab Wajid Ali Shah, Taj-un Nisa Begum. Sadly, the structure bore the brunt of the Revolt of 1857 and was brutally damaged during the rebellion. Precious items such as the silk carpet and chandeliers were looted by miscreants, and when the final attempt to recapture the city of Lucknow was made by the British, the wall enclosures were destroyed by the Sikh regiment of the British forces. British troops were on their way to Qaiser Bagh, where Begum Hazrat Mahal, the wife of Nawab Wajid Ali Shah, and her loyalists were holding out.

The structure after the revolt of 1857

After the revolt, when tensions subsided, the imambara was converted into a church by the British Army as a house of prayer for its officers, until it was reconverted to an imambara in 1860, when Christ Church was built in the city.

The large gate opening towards the main road to Hazratganj Market had recently fallen. | Rameen Khan

The Sibtainabad Imambara is a functioning religious structure and prayers are held here every year during Muharram. Yet its low-profile status and its location – in the midst of the market but away from the bustle – have made it a hidden marvel and an oasis of calm amid the grunge and chaos of one of Lucknow’s busiest bazaars.

Read this article in Hindi.