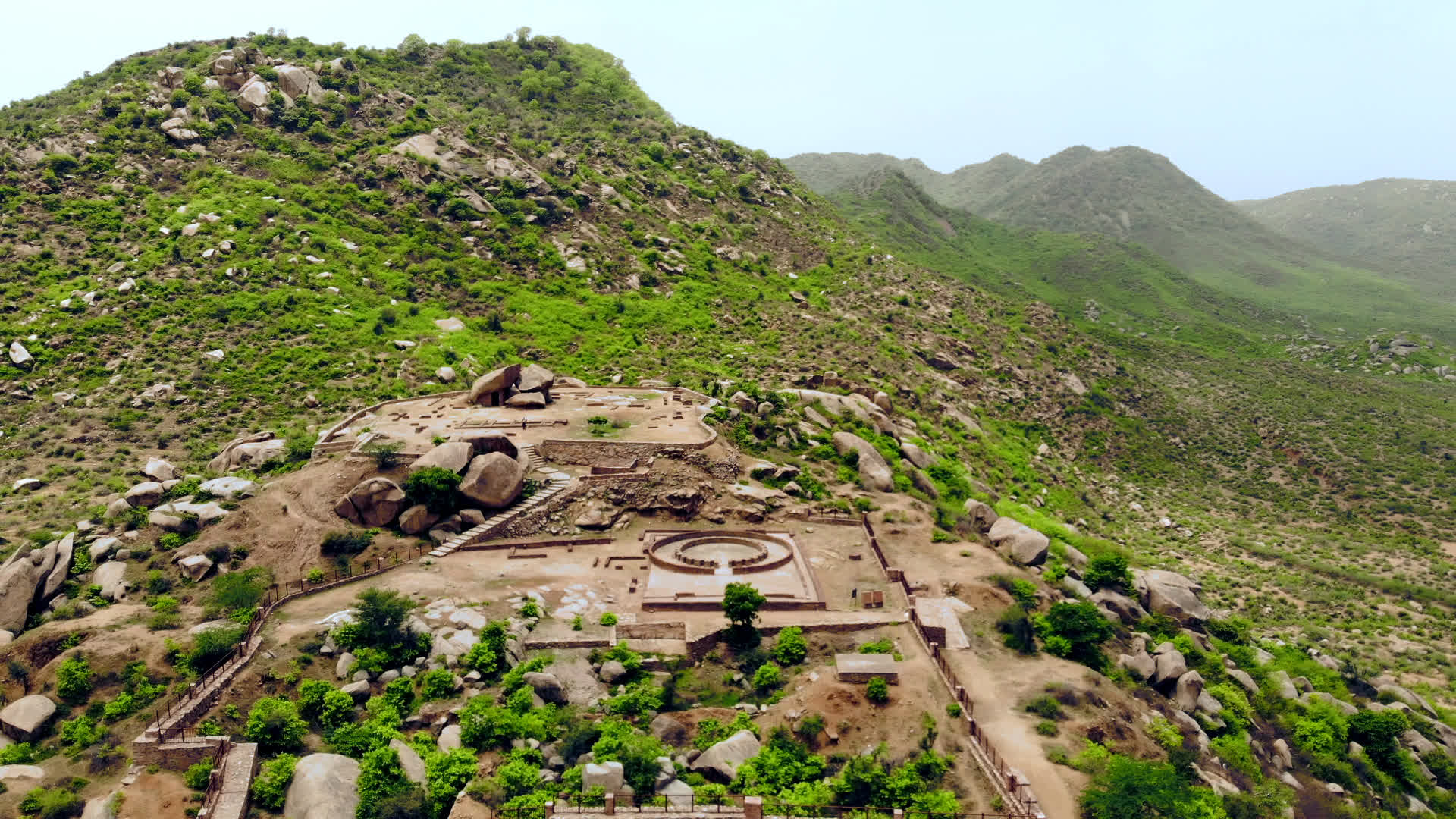 Around 66 km north of Jaipur, at Viratnagar in Rajasthan, are the remains of an ancient Buddhist monastery complex. What makes these ruins so significant is that they are one of the earliest known remains of a freestanding Buddhist chaityagriha or prayer hall found in India. Located high above a rocky hill known as Bijak-ki-Pahadi, these ruins are quite striking. 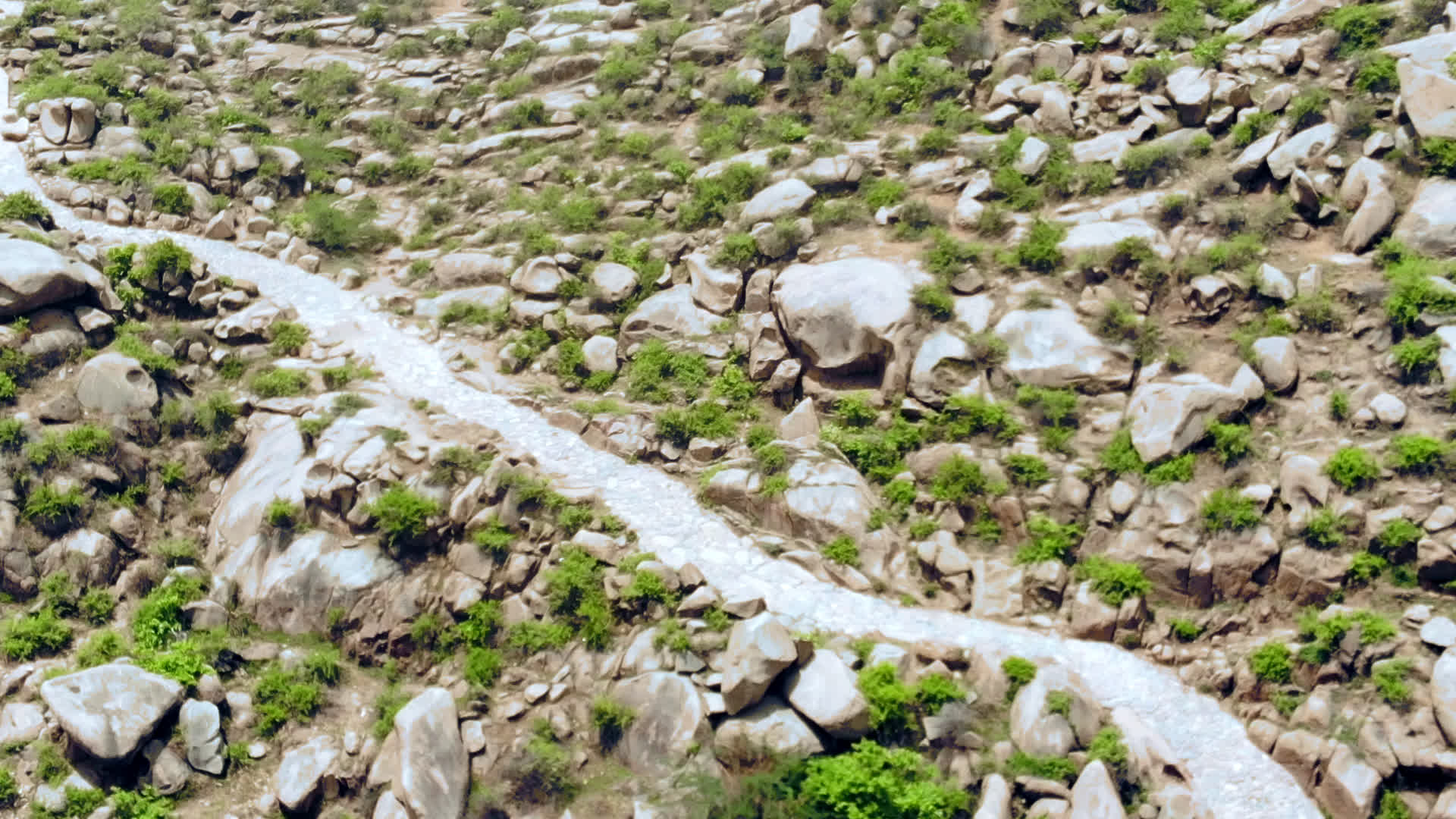 The rocky path to the ruins  | Team LHI

Historically, Viratnagar was the capital of the Matsya Mahajanapada, one of the 16 kingdoms and republics in North India between the 6th and 4th centuries BCE. The town of Viratnagar finds mention in the ancient Hindu text, the Mahabharata. It is said to have been founded by King Kirata, in whose kingdom the five Pandavas spent their 13th year in exile in disguise. 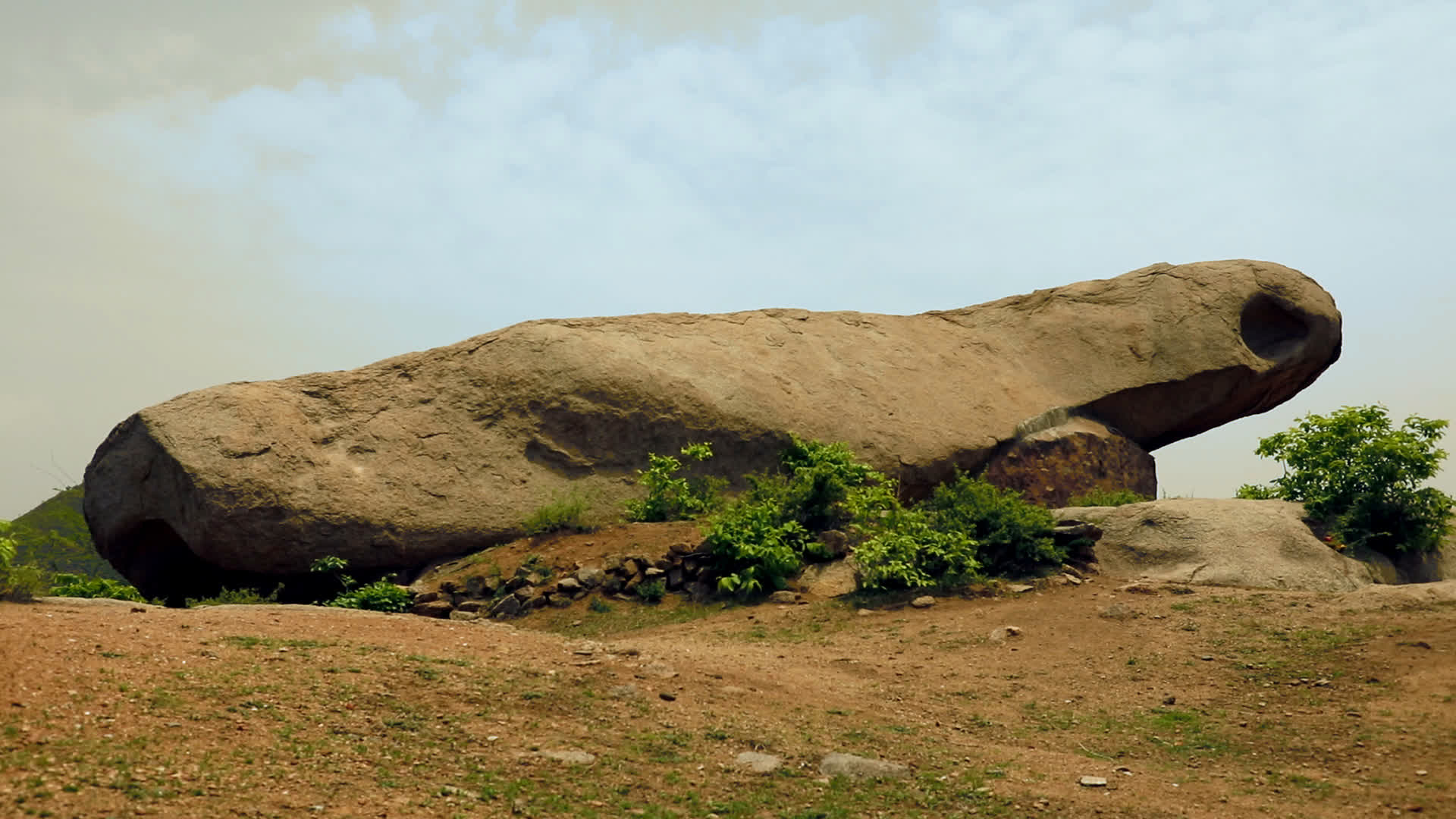 Striking rock formations on the way to the ruins | Team LHI

Today, there are a number of places nearby named after their association with the Pandavas, such as ‘Bhim ki Dungari’ or ‘Bhima’s Hill’, and a site known as ‘Ban Ganga’, which is said to have been created by Arjuna with his arrow. 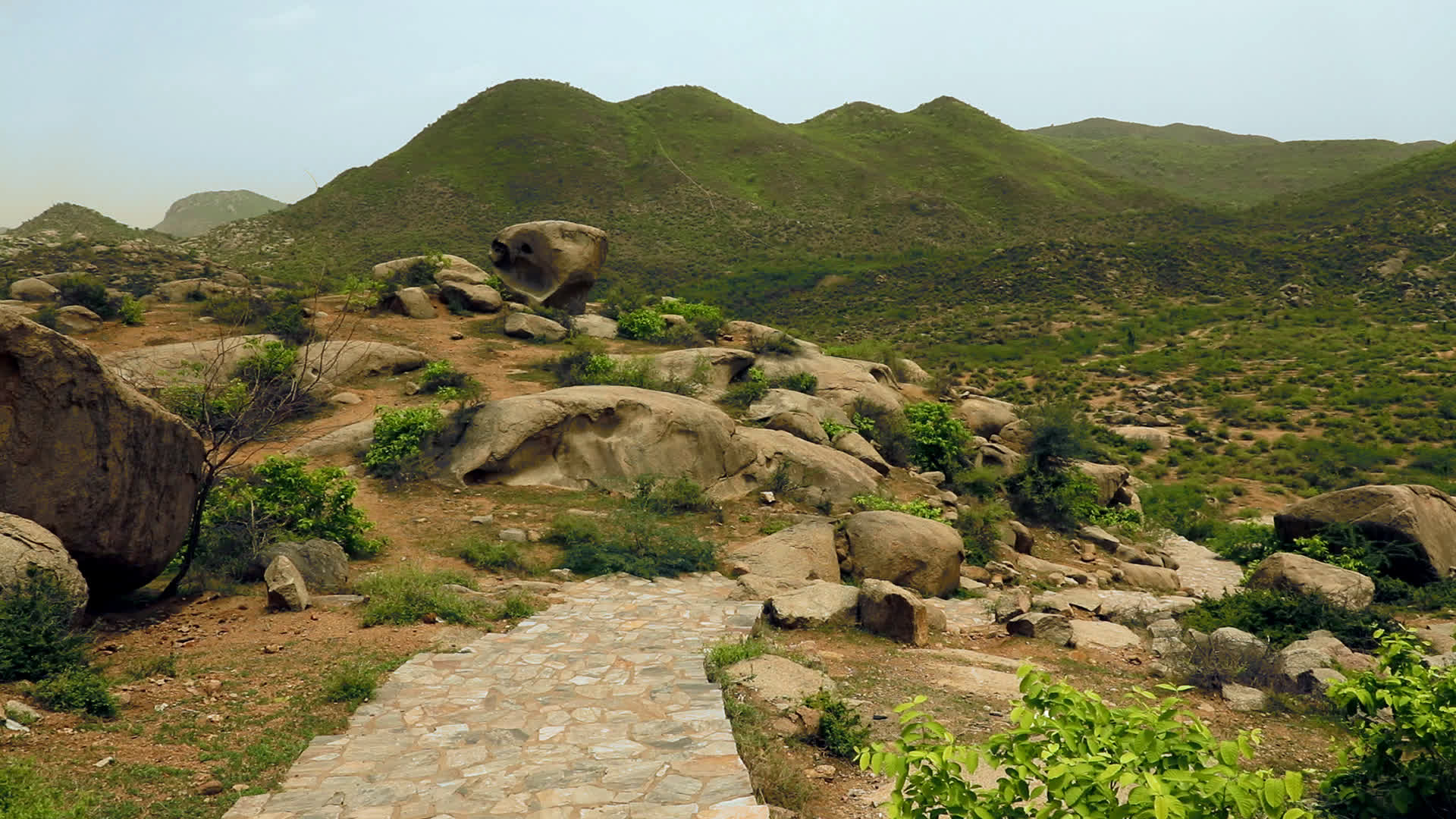 Archaeological excavations reveal that Viratnagar was once a thriving town between the 3rd century BCE and 1st century CE. Around 36 coins, a number of them belonging to Indo-Greek kings, have been found here, including one by Hermias, who ruled in the 1st century BCE. 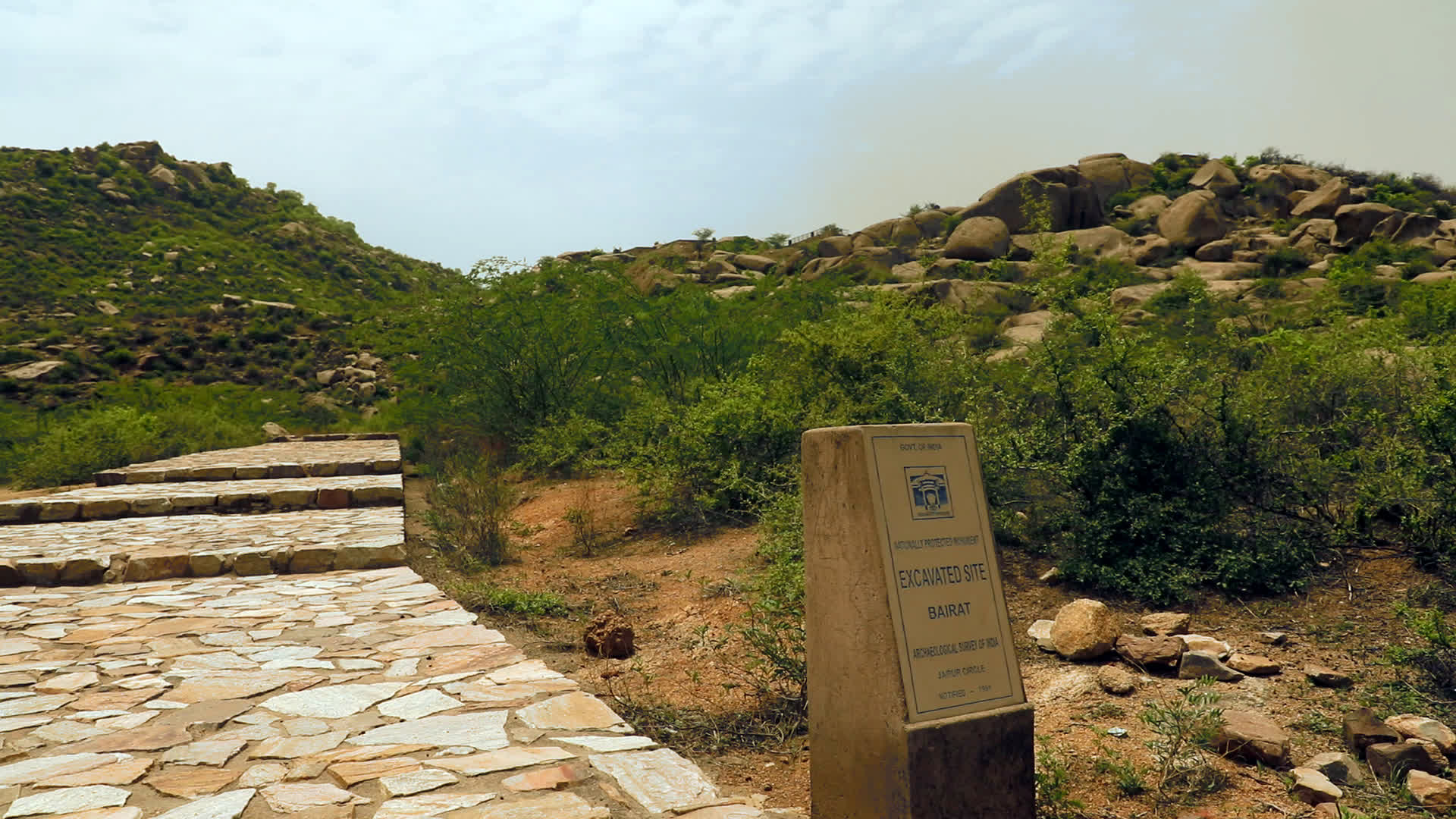 An equally significant discovery was that of an edict of Mauryan emperor Ashoka, which has since been moved to a local museum of the Archaeological Survey of India. In this edict, Ashoka emphasised that he believed in the three gems of Buddhism – Buddha, Dharma and Sangha – and stressed the importance of studying Buddhist religious texts. 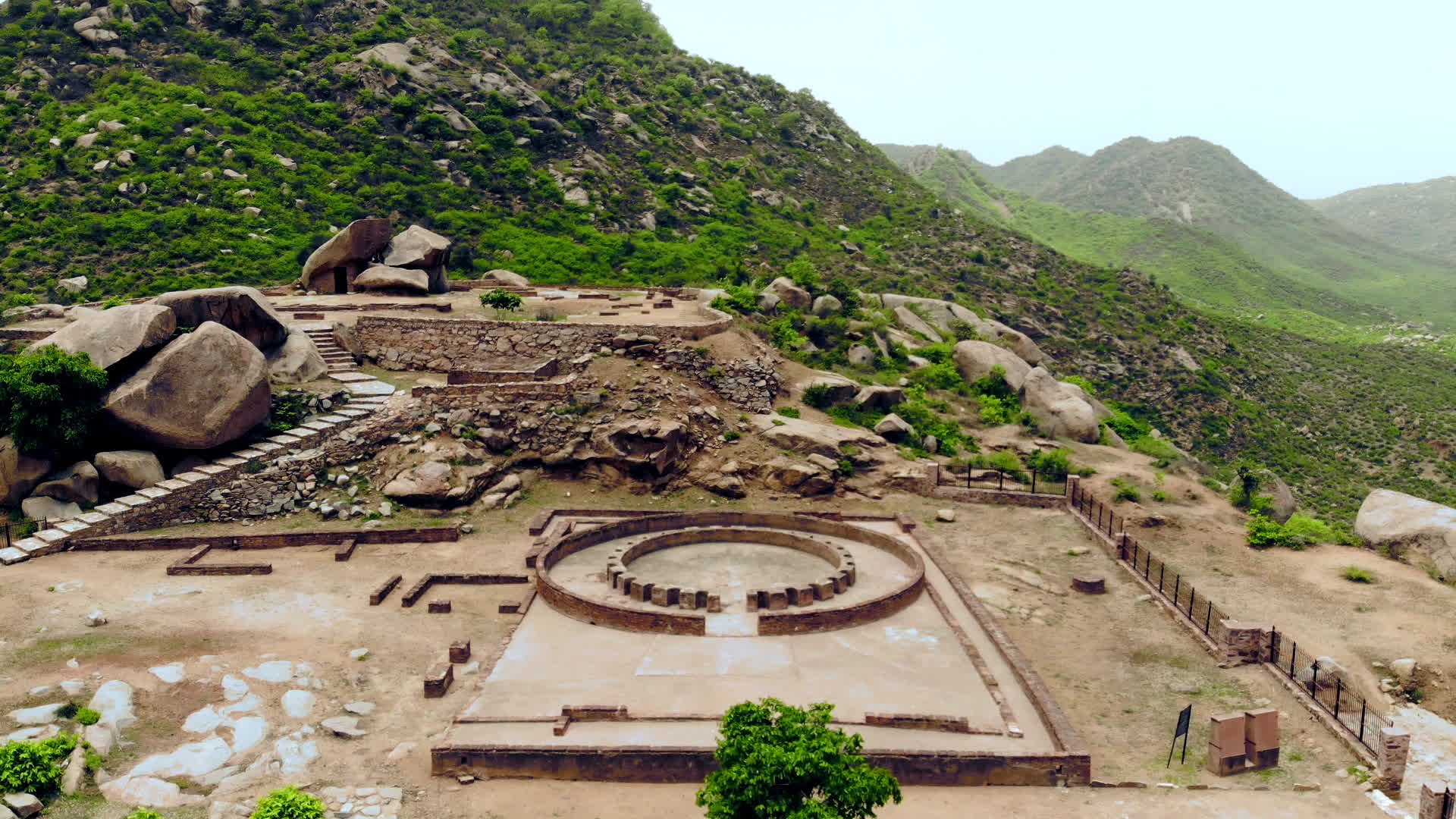 On top of the Bijak-ki-Pahadi are the remains of a Buddhist stupa and a monastery spread across two large platforms connected by stairs. On the upper platform was the monastery, where remains of cells for monks can be seen. On the lower platform was a circular Buddhist chaityagirha or prayer hall with a stupa at its centre, believed to be the oldest of its kind found in India. Interestingly, a number of iron and copper objects found in the excavations here led archaeologists to believe that a foundry was also located at the site, to make objects of use for the occupants of the monastery. 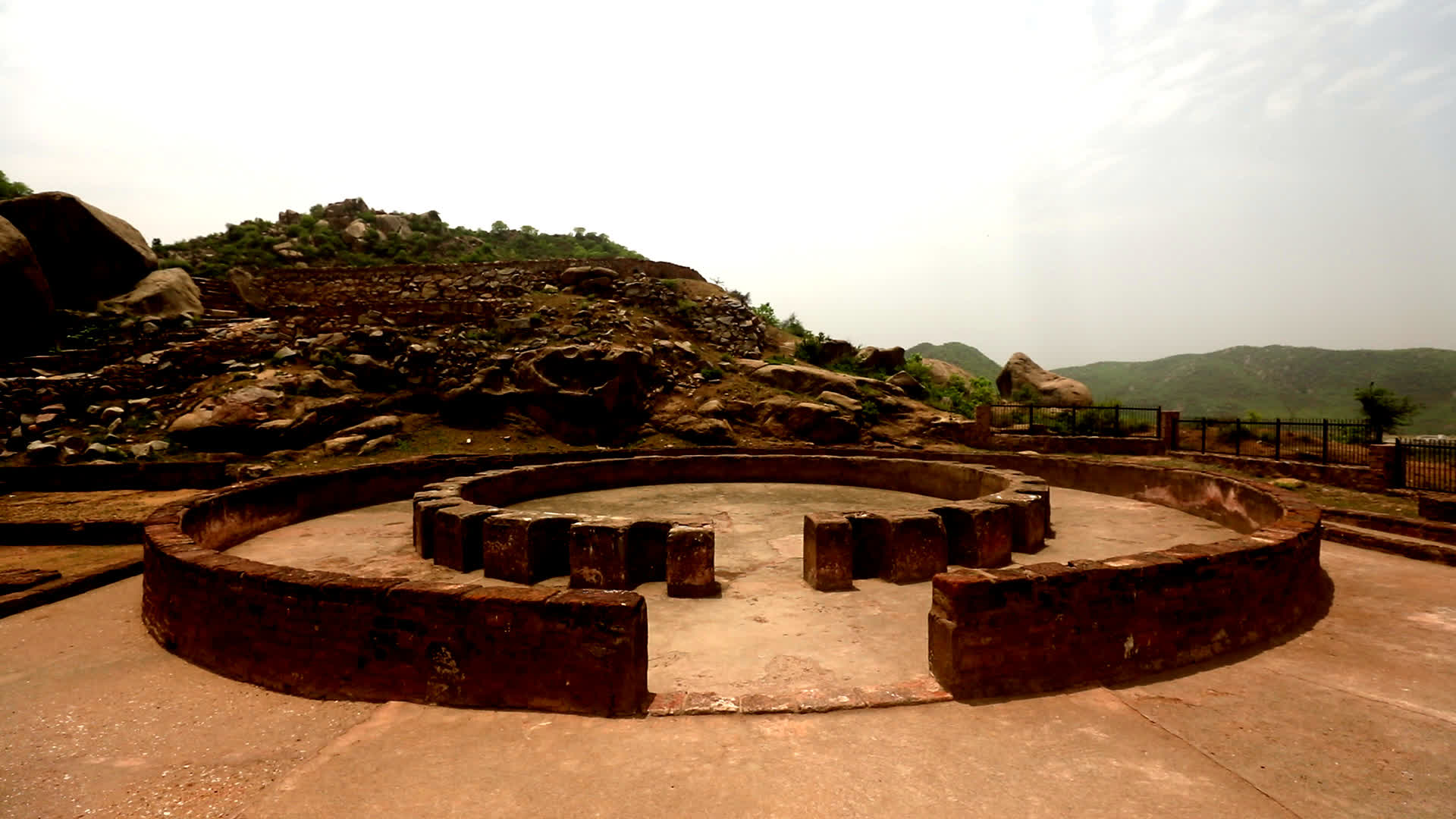 It is not known why the site was abandoned. We do know that the complex was destroyed by a big fire, because of the ashes found in the excavations. Some historians speculate that it might have been destroyed during the invasions of the Huns in the 6th century CE. But others believe it was destroyed much earlier.

There are no antiquities found at the site that date after the 1st century CE. Interestingly, there are no images of Buddha in human form found, a practice which only began in the 2nd century CE. So, it seems, we will never know the fate of this Buddhist complex.

It was only in the late 15th century, during the reign of Mughal Emperor Akbar, that the Viratnagar region was settled again. Akbar started stone quarries and a mint here, making the town prosperous. It was noted British archaeologist Sir Alexander Cunningham who excavated the site and brought it to national attention in 1864-65. Today, this magnificent site receives few visitors and is largely forgotten. 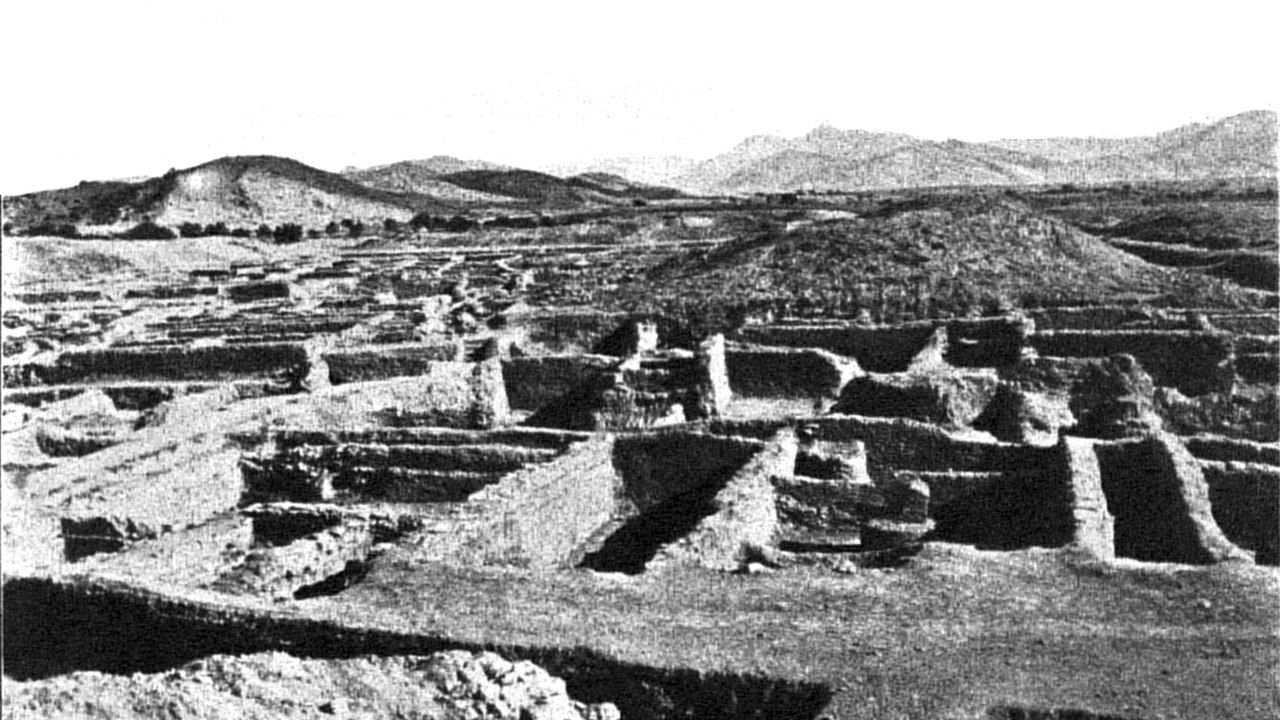 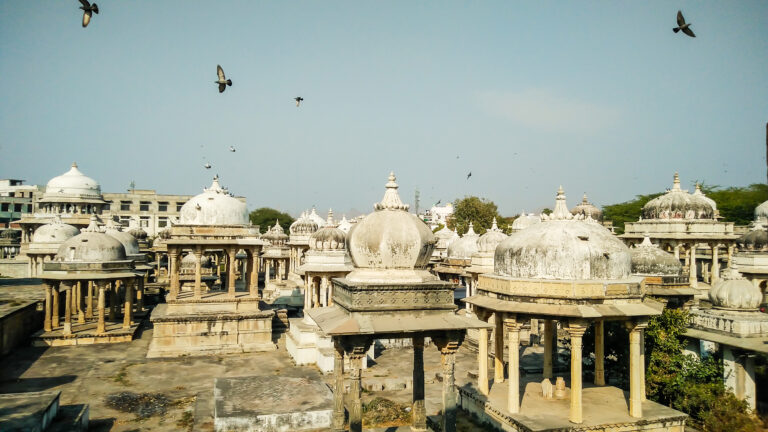 Just outside of the ‘old city’ of Udaipur, lie acres of memorials- 372 exquisite cenotaphs or memorials, dedicated to members of the royal families of Mewar, who were all cremated here. 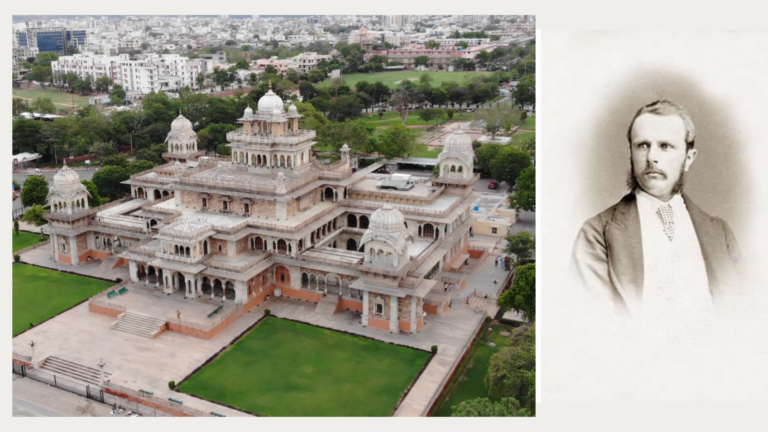 Over 100 years ago, a Superintendent of the PWD or Public Works Department decided that the buildings his department were putting up were just too boring. He decided to do something about it. The result is an array of some of the most iconic buildings you see in Jaipur today! Catch the story of Samuel Swinton Jacob and the buildings he made