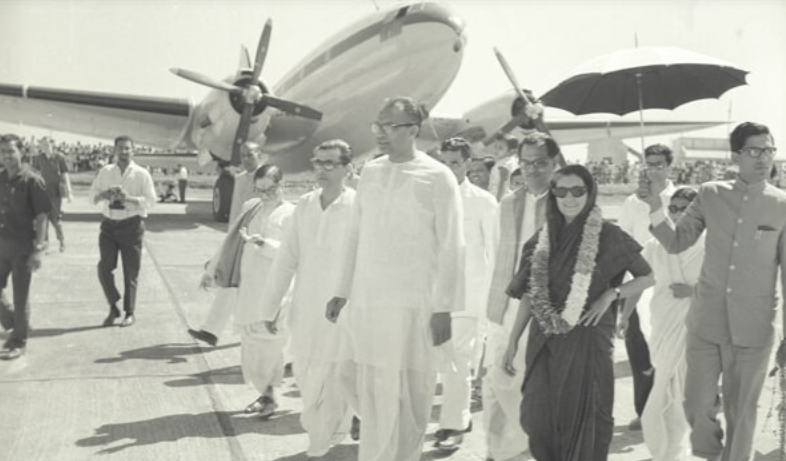 In July 1947, a young Indian pilot flew a death-defying mission into Indonesian airspace with a grim message for the colonial Dutch. He famously said: “Resurgent India does not recognize Dutch colonial sovereignty over the Indonesian people. If my aircraft is shot down, every Dutch plane flying across the Indian skies will be shot down in retaliation.”

The dire warning was issued by Bijayananda Patnaik, better known as Biju Patnaik, who before he became a politician, set the tone for an entire generation of aviators in India. On this occasion, Patnaik’s Dakota was headed for Indonesia on a mission to rescue the country’s senior-most leaders during its freedom movement. But we’ll get to that later.

Daredevil, flamboyant, maverick, adventurous, mercurial, feudal, entrepreneurial and autocratic. It’s almost as if there aren’t enough adjectives to describe Patnaik. The ‘Kalinga Bull’, as he was called, defied boundaries of any sort. He lived life on his own terms and often courted controversy, not because he was seeking attention or popularity but simply because it was second nature to him. 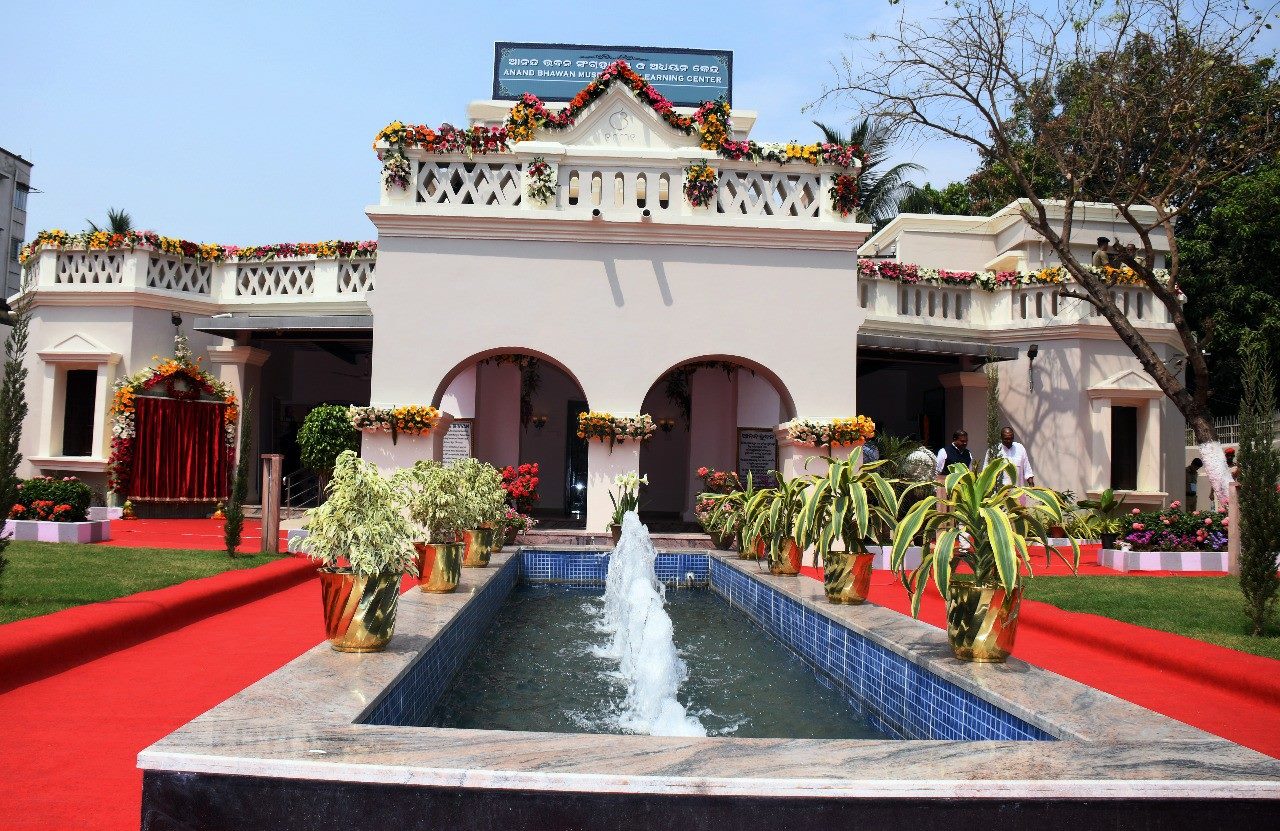 Patnaik was born on 5th March 1916 in Cuttack, Odisha, into a well-to-do family. His father was a prominent leader of the Odia Movement and Patnaik imbibed a love for his heritage as well as his nationalist spirit from him.

He studied at Ravenshaw College, Cuttack, which nationalist leader Subhas Chandra Bose had also attended, and was an accomplished sportsperson. Fascinated by the world of aviation, he enrolled with the Delhi Flying Club in 1930, from where he joined the Indian National Airways, a private airline, as a pilot in 1936.

During World War II, when Japan occupied areas in East Asia that were under the colonial British and the Dutch, Patnaik flew to Burma (present-day Myanmar) to rescue British citizens there. During these sorties, he also surreptitiously airdropped pamphlets of the Quit India Movement and Azad Hind Fauj, to Indian soldiers fighting under the British in Myanmar!

During the Quit Indian Movement, Patnaik flew senior leaders like Jayaprakash Narayan, Ram Manohar Lohia and Aruna Asaf Ali, who were then on the run from the British for their role in the freedom movement. This eventually resulted in his arrest in January 1943. 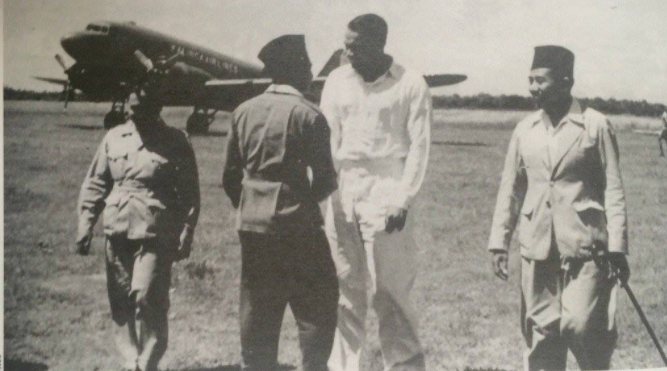 A Hero in Indonesia

Patnaik’s moment of glory came during Indonesia’s freedom struggle from the Dutch. After Japan’s surrender during World War II, it withdrew from the East Asian countries it had occupied, including Indonesia. The country declared itself independent, with Sukarno as President and Sutan Sjahrir as Prime Minister.

But the Dutch, who had promised Indonesia independence after the war, went back on their word and attacked the country from the sea and air, in May 1947, in an attempt to recolonize the country. They also placed Sukarno under house arrest.

The Dutch attack and their bid to recolonise Indonesia enraged India’s Prime Minister Jawaharlal Nehru, who as the Congress party leader had taken a strong anti-colonial stand and had been vociferously campaigning for the freedom of numerous Asian and African countries. As his first major step to bring leaders of newly Independent countries onto a common platform, Nehru hosted the Asia Relations Conference in Delhi in July 1947. It would be an excellent platform for Indonesia to present its case to the world.

Sukarno chose Vice-President Mohammad Hatta and Sjahrir for the mission but how would they leave the country as the Dutch controlled transportation routes? There was only one thing to do – Nehru sent Patnaik to pick them up!

So, on 22nd July 1947, accompanied by his aviator wife Gyanwati, Patnaik flew to Jakarta, the Indonesian capital. He boldly ventured into Dutch-occupied airspace in Indonesia and when warned by the Dutch that he would be shot down, he replied, saying that India didn’t accept Dutch rule in Indonesia and if his aircraft was shot, then Dutch aircraft flying over India would meet the same fate.

They fired at his aircraft anyway and dodging Dutch guns, Patnaik landed near Jakarta. Using leftover fuel from abandoned Japanese military dumps, he took off with Sjahrir and Hatta and flew back to New Delhi, unharmed.

Patnaik’s daring mission helped focus global attention on Indonesia’s fight for freedom and the nation garnered the support of many countries, including America. Indonesia’s provisional government was accepted internationally and the country achieved independence on 27th December 1949.  For his role in the country’s final push towards freedom, Patnaik was given honorary citizenship in Indonesia, along with the Bhoomi Putra, the nation’s highest civilian award, in 1950.

Interestingly, President Sukarno named his daughter ‘Megawati Sukarnoputri’ after Patnaik suggested the name based on the work of India’s famous poet Kalidasa, Meghdoot. She went on to become the fifth President of Indonesia (2001-2004). 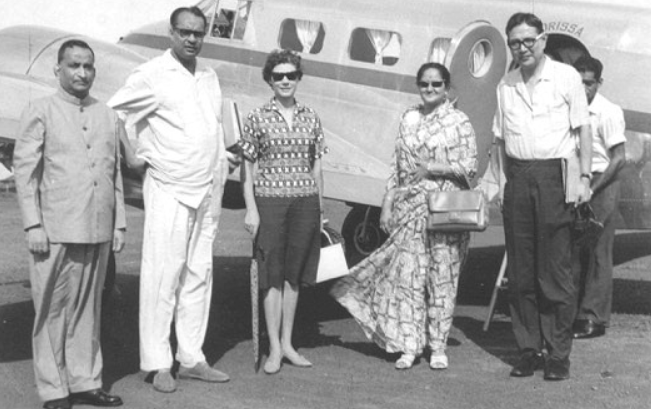 Biju Patnaik with his wife and guests | Utkal Today

After India’s independence in 1947, when Jammu & Kashmir was attacked by Pakistani raiders, the Indian Army was rushed into the border state. From 10th November 1947, Patnaik conducted several sorties to transport troops and evacuate civilians. He also supervised the requisitioning of all civilian aircrafts for this task.

When China occupied Tibet in the 1950s, Patnaik travelled to the US as Nehru’s defence adviser to rally support against China. During the Indo-China War in 1962, his talents as an expert pilot came in handy again, when he along with the Indian Air Force transported supplies and weapons to the troops fighting in Arunachal Pradesh. Patnaik also secretly set up the Aviation Research Centre at Charbatia in Odisha in 1963 to train Tibetan recruits as paratroopers, as part of the Special Frontier Forces.

By this time, Patnaik was already a seasoned politician. In 1952, he was elected to the Odisha Legislative Assembly for the first time. In 1960, he became president of the Odisha state Congress. And in June 1961, he became Chief Minister of Odisha, at the age of just 45.

At 6 feet 2 inches, the Odisha strongman towered over his contemporaries. His free-wheeling style and penchant for the extraordinary were both intimidating and brought a certain zing to his political persona.

During his long and chequered political career, Patnaik was mired in many controversies. He faced allegations of corruption and several inquiries – but he always triumphed. He was embroiled in unsavoury controversies when as Chief Minister, he called on the people to beat up government officers suspected of being corrupt. When it kicked up a storm, this was Patnaik’s ‘climb-down’: “Consult me before you beat up a government officer.”

On another occasion, Patnaik’s call to castrate men charged with rape created a bizarre situation, when cases of castration were indeed reported in the state. Impulsive and whimsical, Patnaik once said he had spent Rs 1 crore to become Chief Minister and would spend Rs 10 crore to become Prime Minister!

As Chief Minister, he campaigned and fought for more fiscal autonomy for Odisha from the Centre. He said Odisha would secede from India if his demands were not met, creating a storm at the Centre. Of course, he didn’t mean it.

For better or worse, Patnaik rode out every controversy with aplomb in a way only he could.

As an entrepreneur, Patnaik had built up a considerably large business empire in aviation, mines, steel and textiles. His flagship company, Kalinga Tubes, was the largest pipe-manufacturing plant in Asia. He set up Kalinga Airways, a private airline, which like many others later merged with the state-owned Indian Airlines.

He also contributed hugely to the development of industry in Odisha. When the Central government was dilly-dallying on his pet project to build Paradeep Port, one of the biggest infrastructure projects on India’s east coast, Patnaik mobilised the state’s resources and made sure the project was completed at a cost of Rs 15 crore. Later, the Centre took over the port, vindicating his stand. 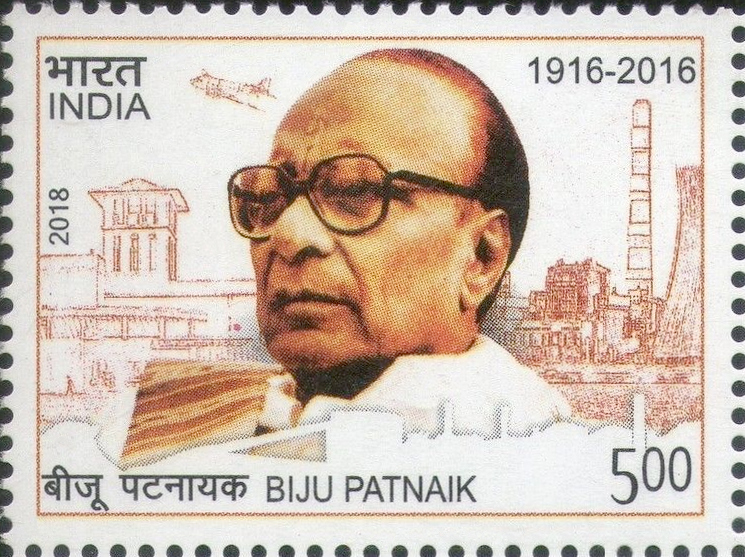 Patnaik had a big personality and was unafraid to speak his mind. It might have rubbed some the wrong way but there were times when his swagger was charming. Here’s one such occasion. Impressed with Patnaik’s derring-do in his rescue of Indonesian leaders, President Sukarno had offered to present Patnaik with a 100-acre estate in Palinbang, the ancient seat of the Kalinga Empire. Referring to old ties between Kalinga and Java in Indonesia, Patnaik inimitably remarked, “The King of Kalinga doesn’t accept gifts from his subjects.” 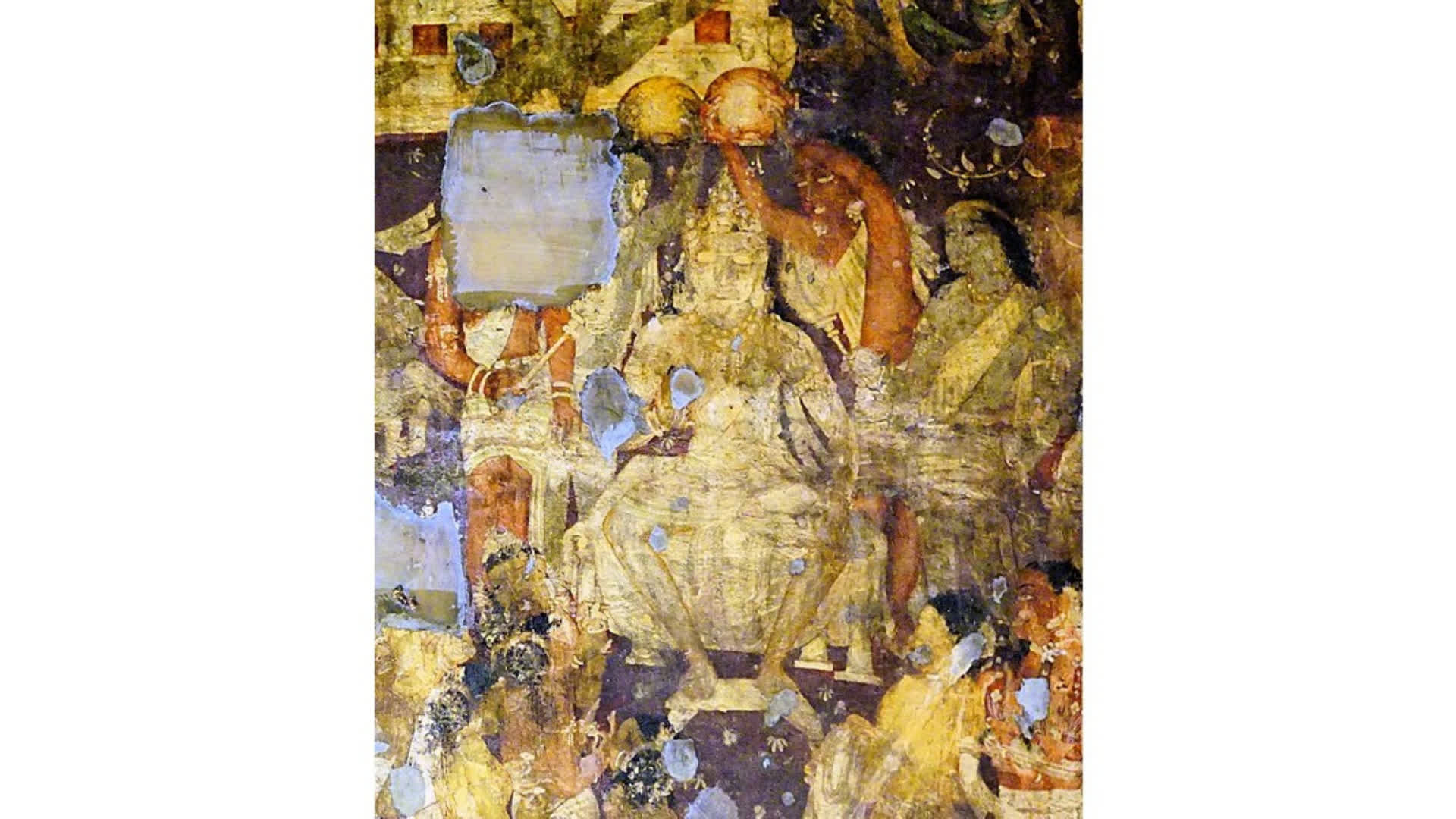 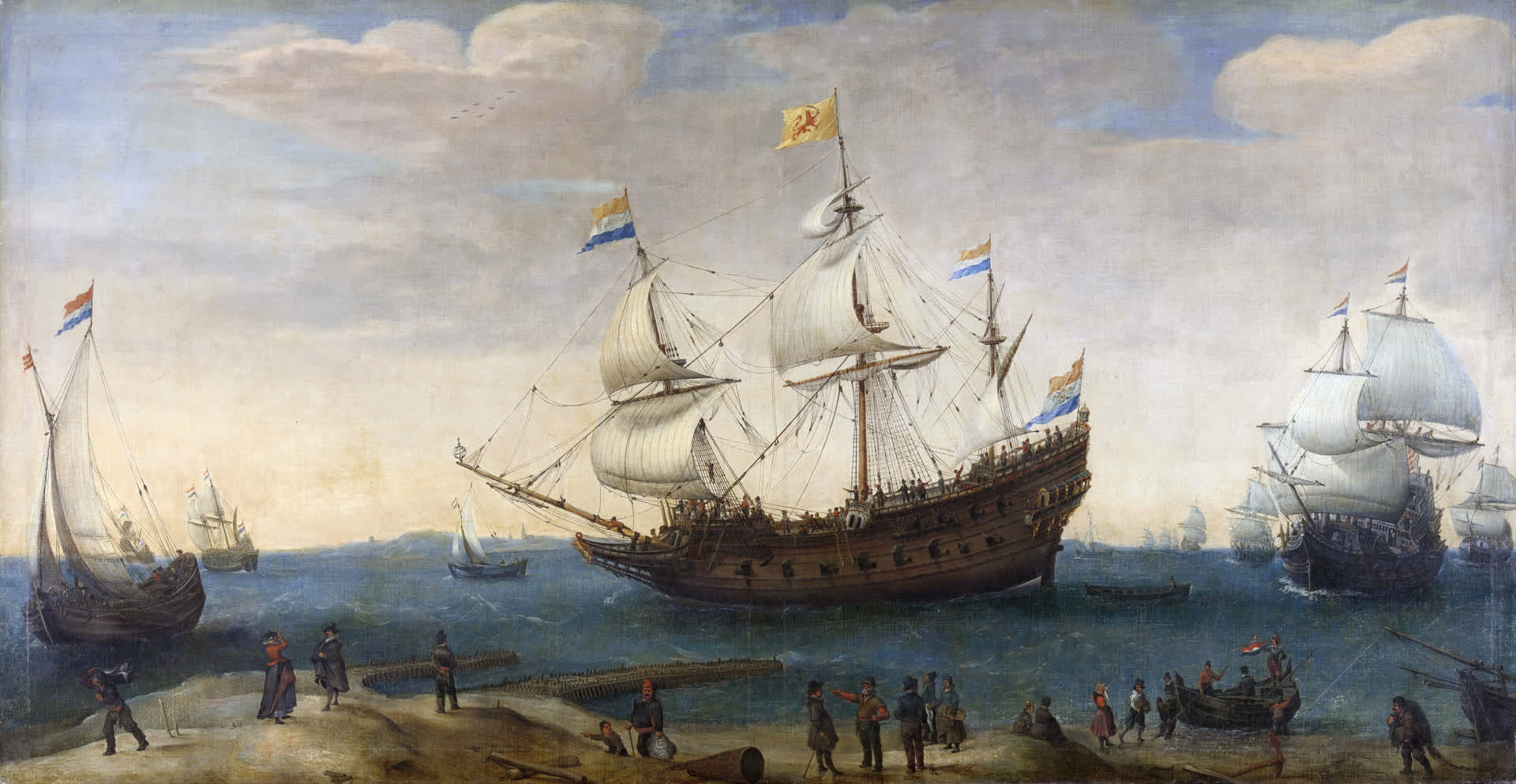 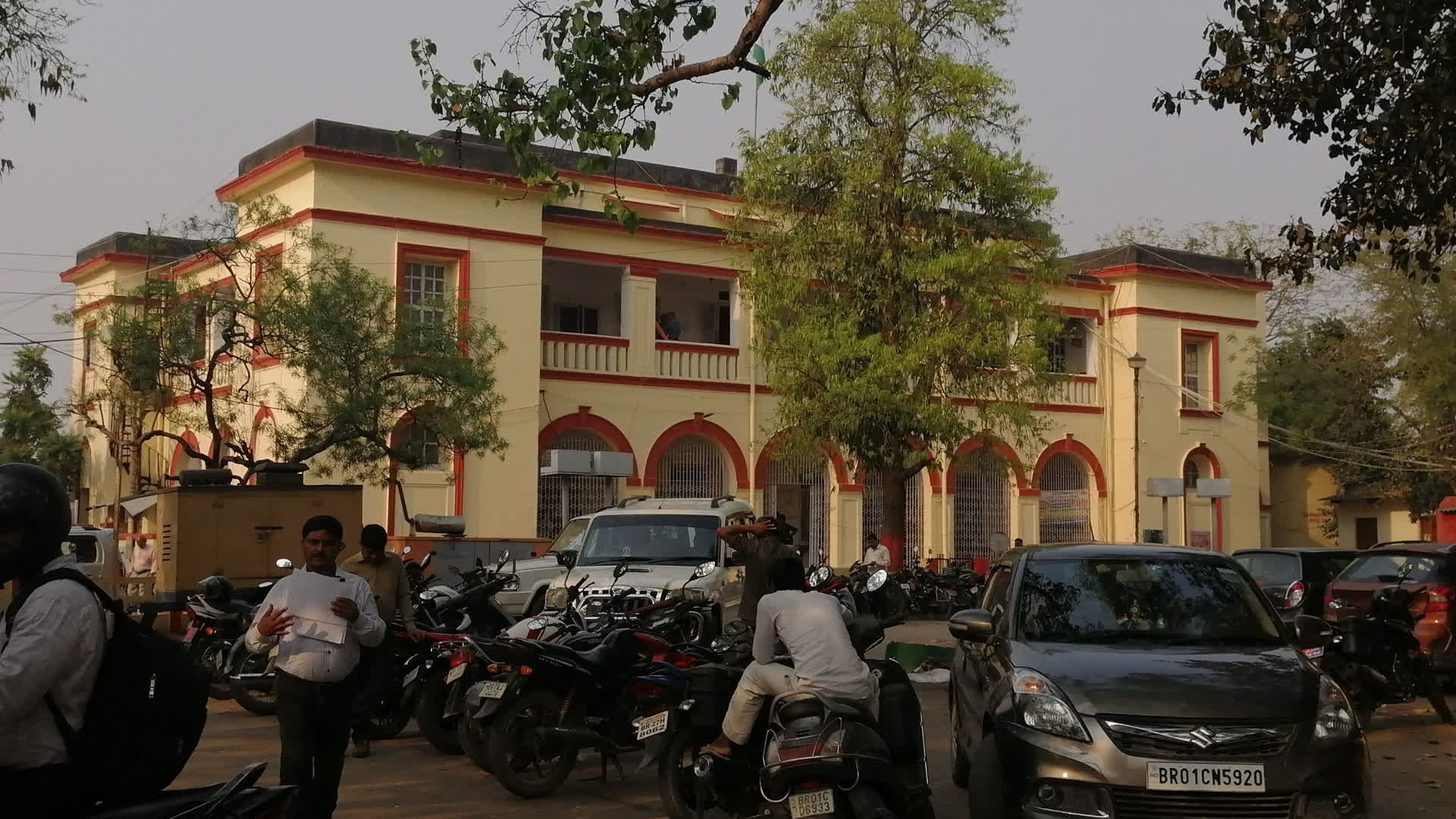 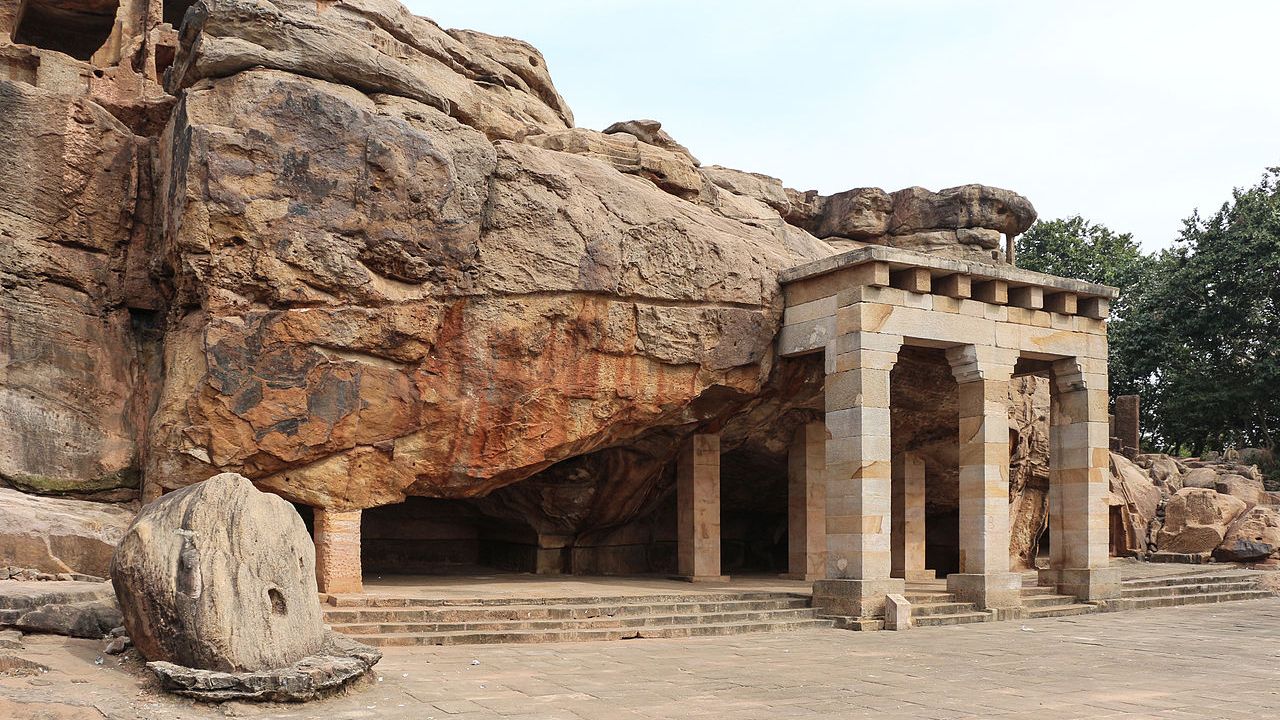 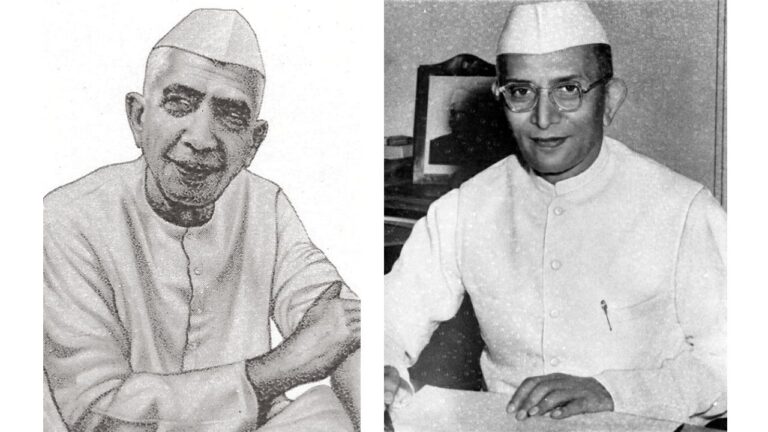 The Janata Party as an alternative to Indira Gandhi was doomed to fail even before the coalition was cobbled together in the ’70s. Among the many discordant forces was the Jana Sangh’s dual membership. Here’s how the experiment played out... 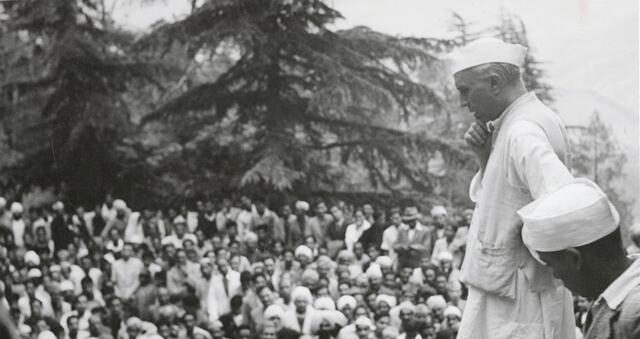 Three years after Independence, the Congress turned into a battleground that pitched liberals against conservatives. Nehru was worried about the fate of a nation led by right-wing forces. Find out how he manoeuvred his way through this political minefield – and won

Ram Manohar Lohia was an anarchist, who achieved one of his most cherished goals in truly dramatic style – he managed to break the monopoly of the monolithic Congress. But did Lohia take his ‘anti-Congressism’ too far by allowing opportunists to take root?