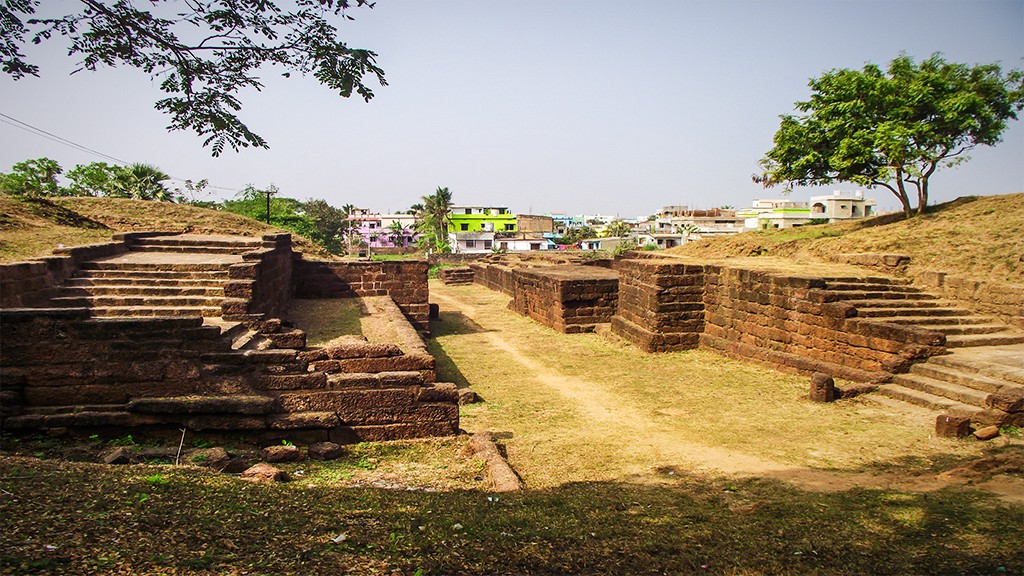 This ancient city, could give some of the best urban centres today, a run for their money!

It was one of the most famous battles of Ancient India – The Battle of Kalinga in 262 BCE turned an ambitious king – the Mauryan empire builder Asoka, into a repentant peace lover who championed non violence and the Buddhist philosophy of Dhamma, becoming the first king in the world, to do so. If you want to understand why Kalinga was so important and what was at stake here for Asoka , you will have to head to Sisupalgarh, on the south-eastern edge of present day Bhubaneswar. Excavations here have unearthed the remains of a massive fortified urban centre, that many historians believe could have been the capital of the ancient kingdom of Kalinga.

Comparable to Athens,  its contemporary, at its prime – archaeologists who have worked on Sisupalgarh believe it  was the most organised urban centre of ancient India. Recent excavations conducted between 2005 and 2009 conclude that the region around Sisupalgarh was inhabited continuously from the 5th century BCE to 4th century CE. It had also  become a thriving urban centre for trade, around the 2nd century BCE.

This lost city was first discovered and excavated by renowned archaeologist BB Lal in 1948. The original name of the site is not known as there are no inscriptions from the site itself that indicate its name. The Hathigumpha cave inscription at Udayagiri   dating back to the 2nd century BCE gives us some important clues. Located barely 8 kms from Sisupalgarh, the inscriptions refer to a city called Kalinganagari which is likely to be the ancient name of Sisupalgarh. Some researchers suggest that Sisupalgarh could also be identified with Tosali, mentioned in the edicts of the Mauryan ruler Asoka at Dhauli and Jaugadh (3rd century BCE) in Odisha.

The population of Sisupalgarh was twice that of Athens

What sets Sisupalgarh apart from the other cities of ancient India is that it was well planned and built in a perfect square shape. Extensive excavations here have thrown up many interesting insights. For instance the city was fortified and surrounded by a water moat on all sides, to protect it from invaders. The fortification walls of the city had earthen ramparts (walls) which are still well preserved and even show a presence of a brick wall at the top. However, this is believed to have been added a few centuries after it was built.

The walls of the fortification are a little over 9 m high and there were eight gateways for people to enter the city, after crossing the moat. These gateways were elaborate brick and stone structures, two on each side of the rampart placed at an equal distance. Of these, the northern gateway was the most important as it had a security check post, guardrooms and watchtowers. The gateways were connected with a grid of streets, running from the north to the south and from the east to the west, with a palace in the center. The pillars can still be seen at the site.

Pillars at the center of fortification | Shantanu Subramaniam

Several stone-lined reservoirs (tanks) most probably used for harvesting rain water, are an indication of just how advanced and sophisticated the architecture and plan of the city was. This is all the more impressive given the size of the settlement. Archaeologist Prof. RK Mohanty, who conducted the most recent excavations here says, “The population within the city is estimated to be around 20000 – 25000; which is twice as much as the population of the Greek city of Athens which had just 10,000 people in the same  period.”

Stone-lined reservoirs were most probably used for harvesting rain water

The archaeological finds from the habitation area also give us a glimpse of what life in this city must have been like. It seems that people lived within the fortified area creating a densely populated urban centre. Houses were made of stone and bricks, with two or three rooms and a veranda in the front yard. Though the houses were of the same design from the outside, the residents seem to have gotten creative with the interiors. Not unlike modern houses or apartments, the inner architecture, orientation of the doors and quality of constructed material varied from house to house. Not just the houses, the owners left their stamp even on their utensils. The terracotta (clay) utensils found here are highly polished and some have clear ownership marks on them. There are also many crudely made, ‘use and throw’ utensils.

In fact, archaeologist Monica Smith from the University of California, the director of excavation at Sisupalgarh goes to the extent of saying, ‘The lifestyle of people could have been more advanced than life of the people today.’ 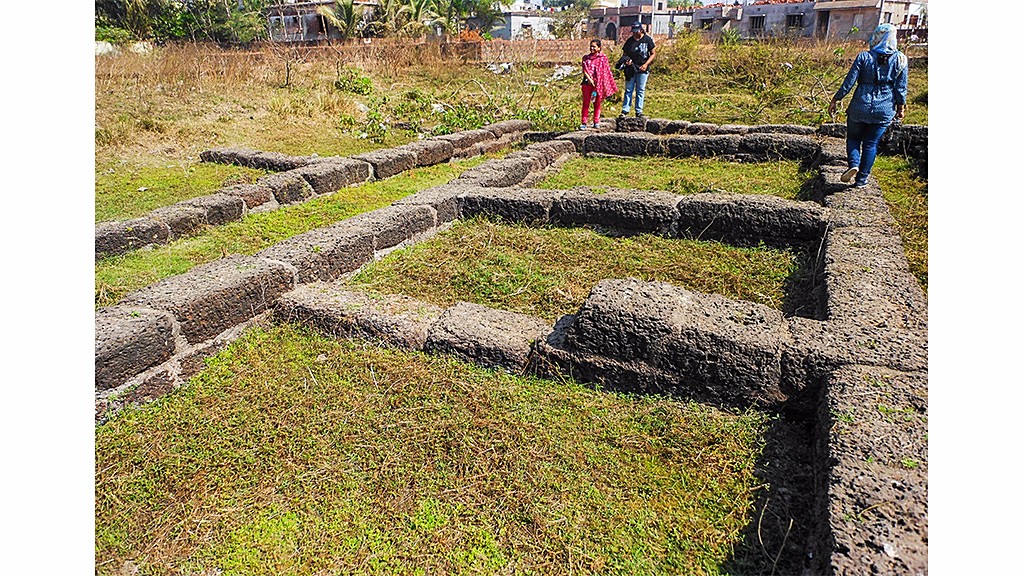 Remains of the excavation at Sisupalgarh  | LHI Team

Not just the houses, the owners left their stamp even on their utensils

Apart from the settlement inside the walls, excavations outside the fortification revealed traces of habitation too. The presence of occupation outside confirms that the settlement of Sisupalgarh was not limited to the area within the fortification. It is possible that traders and travelers were not permitted to stay within the city and had to set up temporary residences outside.

Interestingly, there is also evidence that allows archaeologists to map out the gradual decline of the once glorious city. It is believed that the population slowly started migrating towards the ‘temple town’  5 kms away in the ‘old city’ part of present day Bhubaneswar. Though the reason for this shift is unclear, there is no evidence to suggest a catastrophic decline due to war or natural disaster.

In this manner, the population of this urban centre seems to have scattered into a landscape marked by temple towns and dispersed rural villages.

While we learn so much about the great urban planning skills of the Harappans, we know so little about the urban centre of Sisupalgarh, which was more spectacular than its contemporary cities in the west. Sadly however, little has been done to preserve this ancient city. Persistent encroachments have destroyed structures within the fort city and little is being done to conserve this spectacular piece of our ancient heritage.

An ancient city, that could well have been at the center of the most pivotal battle, is fighting against the elements – and possibly going to dust!

Sisupalgarh lies in the Khurda district of Odisha, on the outskirts of the capital city, Bhubaneswar. The nearest railway station is Bhubaneswar Junction about 8 kms away and the nearest airport is Biju Patnaik International Airport, Bhubaneswar about 9 kms away.