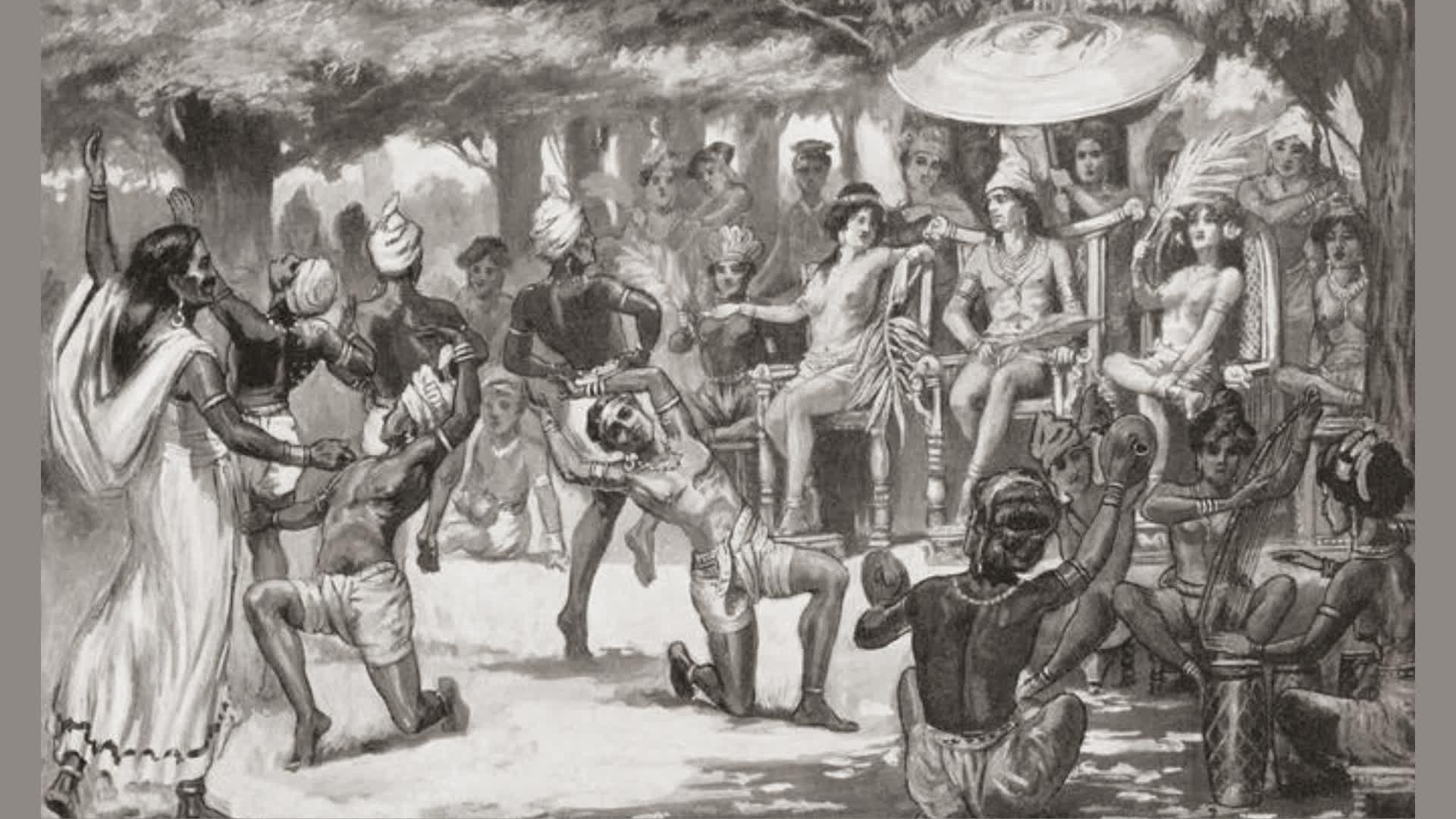 The earliest references to India, found in the works of the ancient Greeks and Romans, are either accurate, whimsical, or even downright absurd. Follow us down an ancient rabbit hole and discover how the western world saw us 2,500 years ago.

India has always been a land that has fascinated travellers, explorers and conquerors alike, and made news all across the ancient world. Its boundless natural reserves, the wisdom and knowledge of its sages, and ‘exotic’ culture have attracted travellers, philosophers and historians since ancient times to study and write about it. Why, even the word ‘India’ was first used by the ancient Greeks to describe the land beyond the river Indus.

In today’s hyper-connected age, it is difficult to imagine how ancient scholars and writers from the West managed to glean so much information about a land so far away. Yet they did, thanks to trade routes, word-of-mouth and by referring to the works of their predecessors. Imagine being in Rome around 2,000 years ago and writing about places like Pataliputra, Madurai, Kalyan and Bharuch. 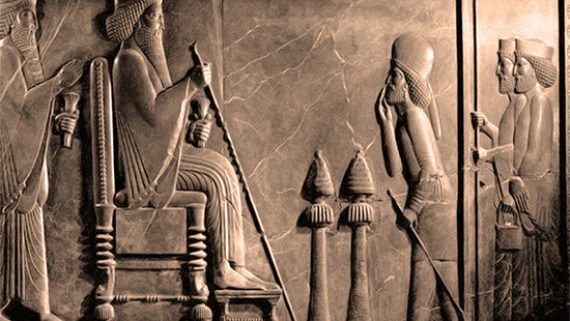 The earliest Greek explorer to visit India and write about it is a man named Scylax of Caryanda, who sailed to India down the Indus River in 519-516 BCE, on the orders of the Persian emperor Darius I. His text has, however, been lost and what we know of it is from the works of later Greek writers. Interestingly, ‘India’ finds mention in the works of Greek philosopher Aristotle (384 – 322 BCE) through his reading of Scylax.

The first ancient Greek text mentioning ‘India’ that survives to this day is Histories, written in 440 BCE by a man named Herodotus. Herodotus’s concept of India was limited to the region on the banks of the Indus River (Punjab and Sindh), then under the Persian Empire. He writes of the great wealth of India and that it is “the most populous nation in the world”. 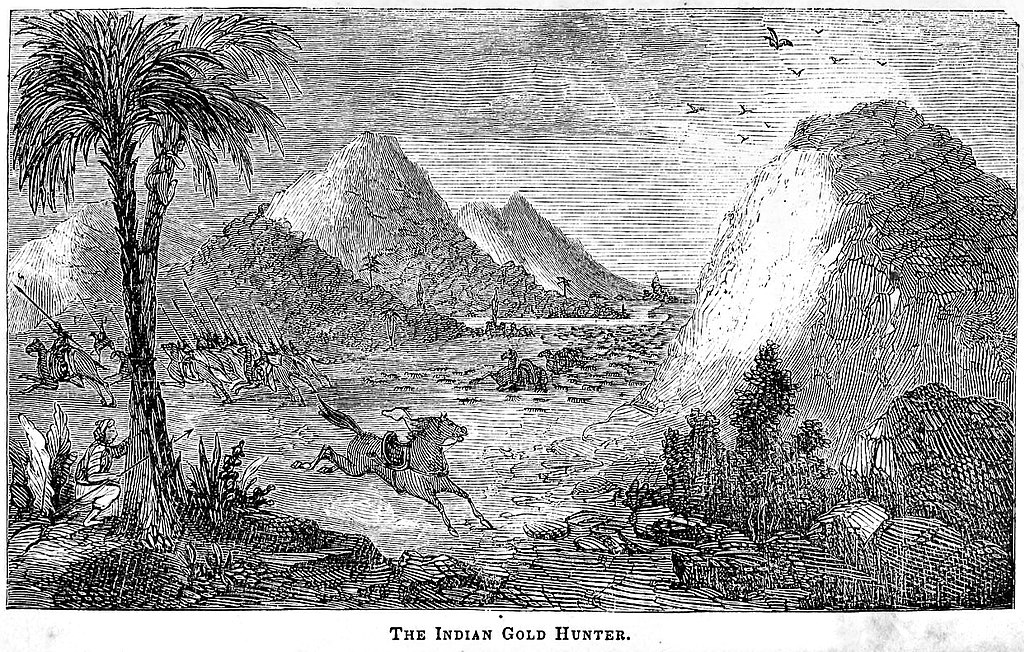 A Greek ambassador in the court of Chandragupta Maurya named Megasthenes (c. 350 – c. 290 BC) wrote a text called Indika, which also gives us an interesting account of the land. He writes of the great city of ‘Patlibothra’ (Pataliputra) made mostly of wood and surrounded by a moat. He wrote of the river Ganga, and claimed it was larger than the Indus and a great road that stretched right from Indus to Patlibothra (the Uttarapatha). 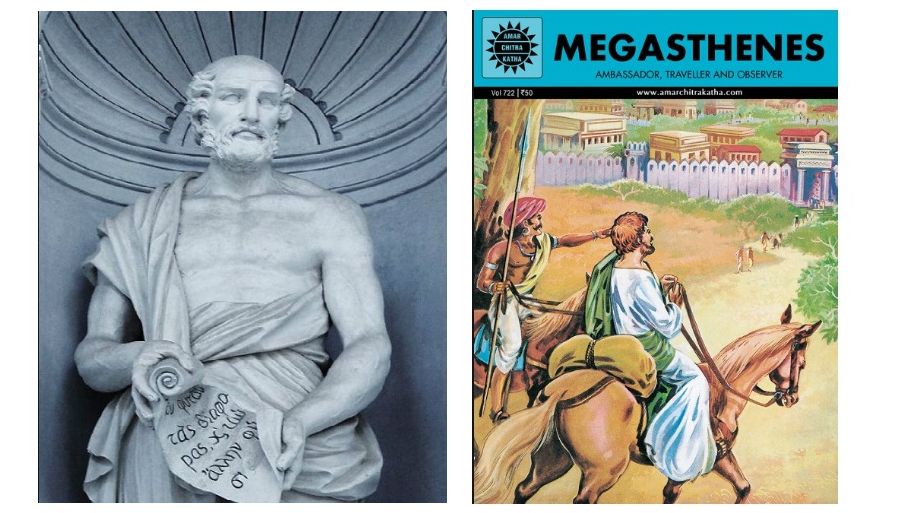 The three most significant texts that give us great perspectives on India are Strabo’s Geography, Ptolemy’s A Guide To Geography and a text called Periplus of the Erythrean Sea. These were Greco-Roman texts written in Ionian Greek, which was spoken in the Eastern part of the Roman Empire. 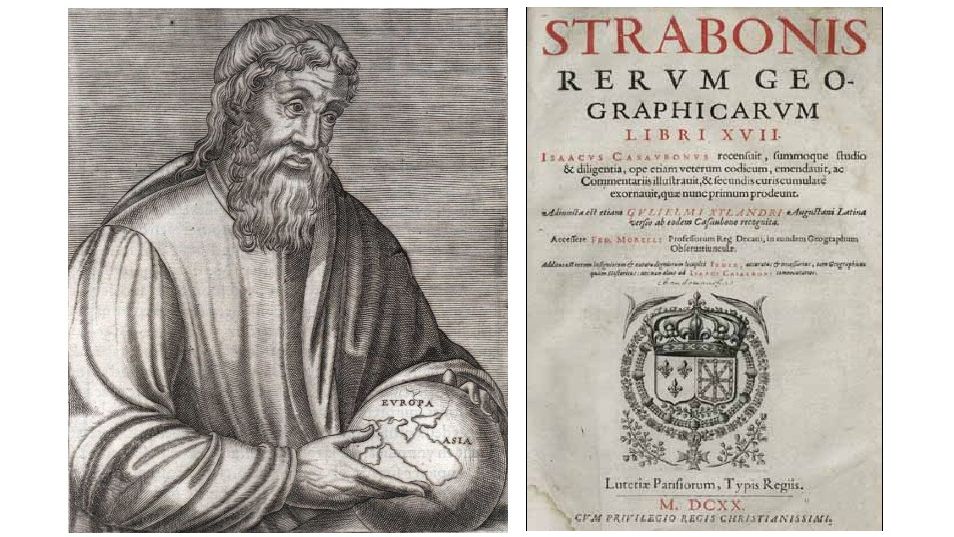 Strabo (c. 64 BCE – c. 21 CE) was a Greco-Roman geographer and historian whose Geography is the oldest surviving work that covers all the people and lands known to the Greeks and Romans in the 1st century BCE. Strabo had travelled extensively in Greece and Egypt, and had dedicated his last years to compiling the book, Geography. The oldest surviving manuscript of the text is a reproduced copy that dates to the 5th century CE.

Strabo centres his description of India on the two rivers that dominated its geography – the Indus and the Ganga. Alexander the Great’s expeditions are referred to exhaustively when describing the basin of the Indus. He describes geographically distant parts of the country like the port of Thatta, which is 104 km from present-day Karachi in Pakistan. It is described as a thriving port called Patala by Strabo. 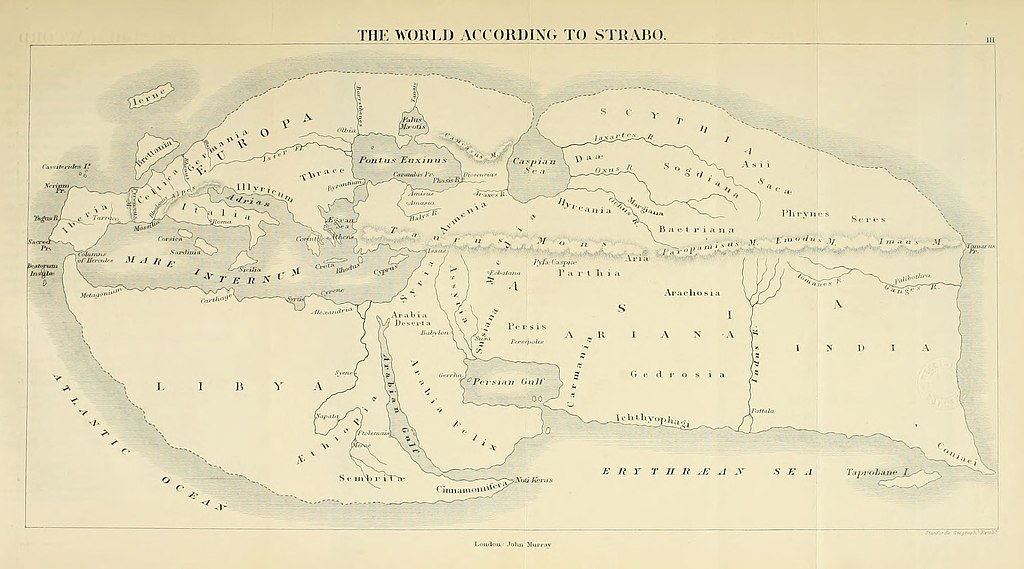 The World according to Strabo | Wiki Commons

Strabo wrote highly of Indian rishis, who he described as Indian philosophers. He writes of an Indian sage or rishi from Bharuch (in Gujarat), who travelled to Rome as a part of a diplomatic mission of ‘King Pandios’ to the court of Roman Emperor Augustus. Scholars believe that ‘Pandios’ could be a reference to the Pandyan kingdom in Tamil Nadu. Strabo also wrote of social customs such as the practice of widow burning in Taxila and how people were barred from marrying into different castes.

Then there is a description of India as a land of the bizarre. He writes of ‘gold-digging ants’, ‘horses with a head of a deer’, ‘men without mouths’, ‘men without noses’, ‘men with one eye’ and so on. Perhaps Strabo can be forgiven for he had never actually visited India and fell prey to Chinese whispers, writing about what he had heard about India from travellers and previous accounts 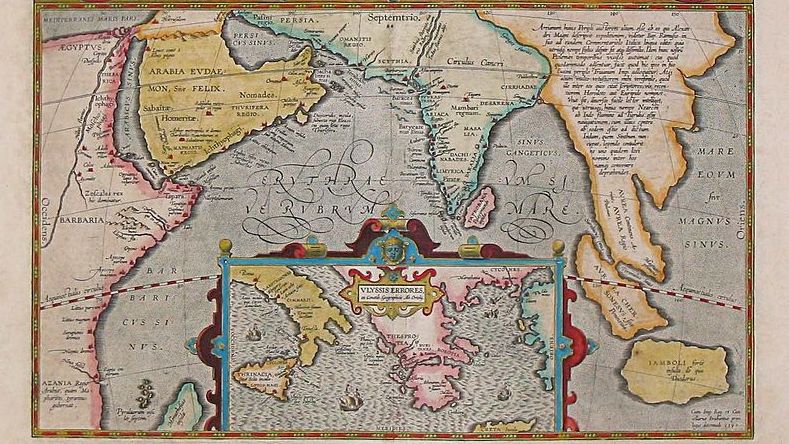 A 16th century map, based on the map in the Periplus | Wiki Commons

Periplus of the Erythrean Sea

The most extensive of the ancient cartographic texts is the Periplus Maris Erythraei [Navigation of the Erythrean (Red) Sea] commonly known as the Periplus of the Erythrean Sea, a Greco-Roman travel book written in the 1st century CE in Greek. Interestingly, for such an important book, its authorship is unknown.

What makes the Periplus so interesting is that while earlier works referred to the region around and beyond the Indus as ‘India’, it was in the Periplus that the entire subcontinent came to be called ‘India’. Meant as a guide for travellers and merchants, the Periplus gives us an exhaustive account of the thriving trade and great cities in India. 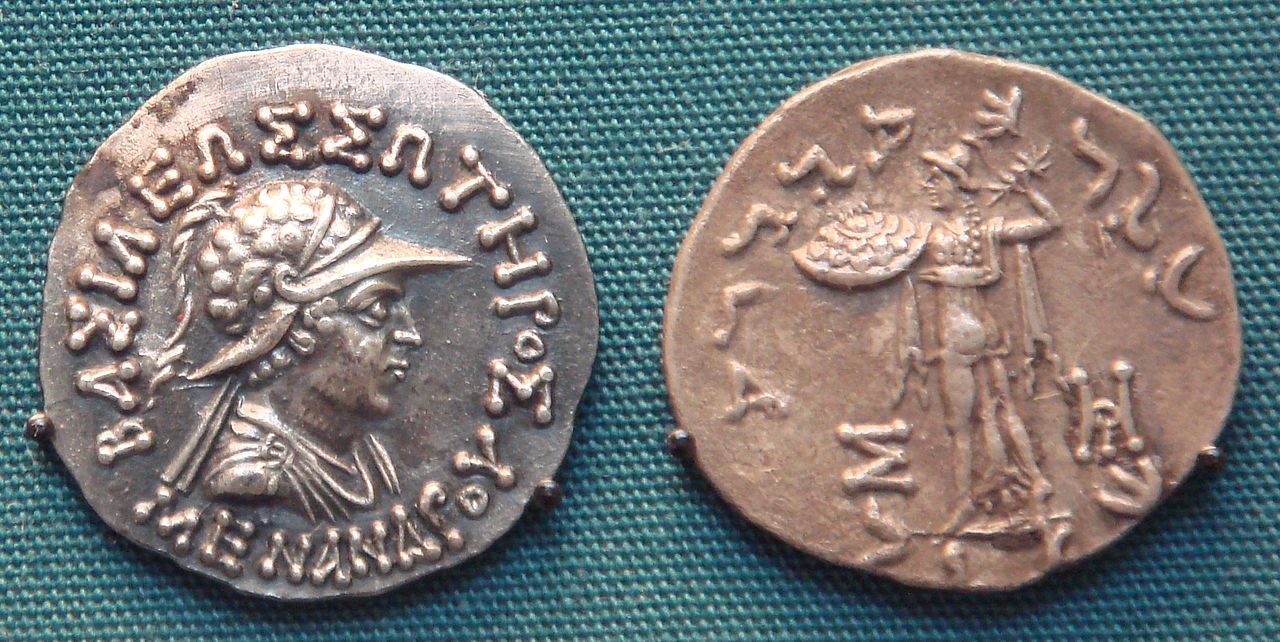 There is a reference to the great port of Barygaza or Bharuch in Gujarat at the mouth of river Nammadus (Narmada), as well as the thriving trade with ‘Baithana’ (Paithan in Maharashtra), which was then the capital of the Satavahana Empire. The Periplus also talks about the disputes between the Satavahanas and the Western Satraps, due to which the Roman ships were barred from the port of Kalyan (near Mumbai). The seat of the Western Satraps was the city of Ozene (Ujjain), which was also a great centre of trade and commerce. 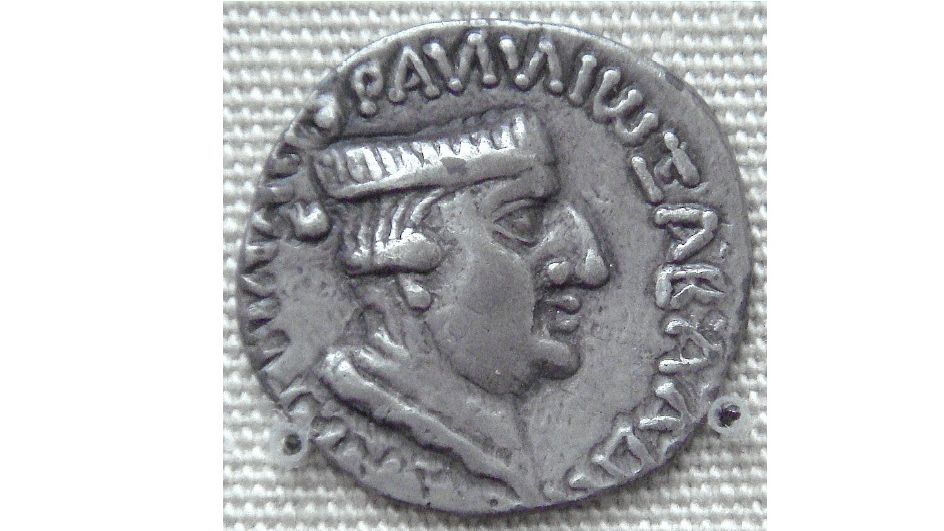 The Periplus lists a number of significant ports along the coast of India – from Bharuch in Gujarat on the west coast to Pulicat in Tamil Nadu on the east coast. The text has references to Muziris (Cranganore) in Kerala, Korkai (Colchis) in Tamil Nadu, Pulicat (Poduca) in Tamil Nadu and Sopara (Sopatma) in Maharashtra. The city of Madurai has been called ‘Pandi Mandala’ in the Periplus, which also gives us one of the earliest references to the port of Pulicat and calls it ‘one of the three ports on the east coast of India’. 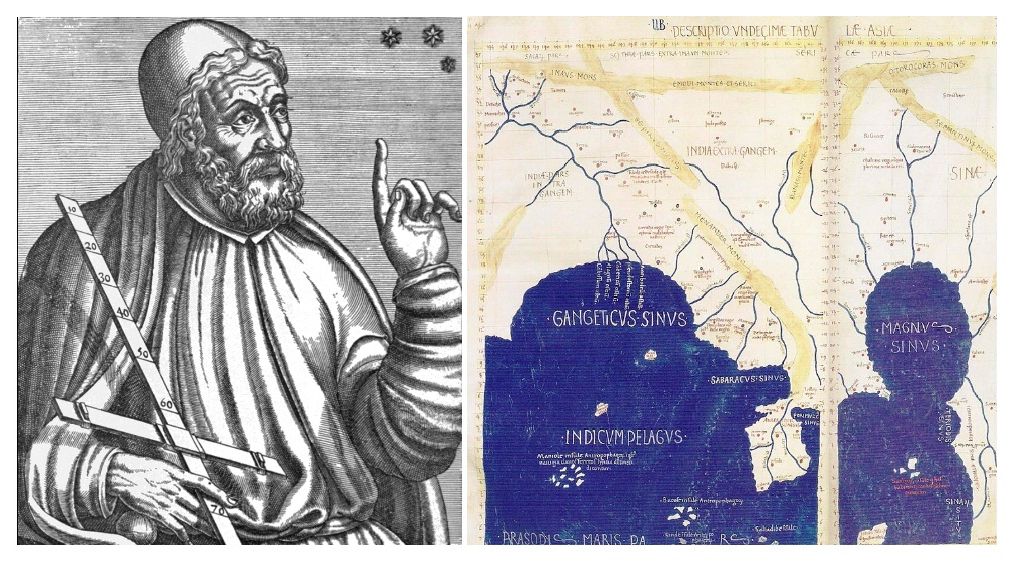 Claudius Ptolemaeus, better known as Ptolemy, was an Egyptian mathematician, astronomer and geographer of Greek origin who lived in the Egyptian port city of Alexandria in the 2nd century CE. His Geōgraphikē hyphēgēsis (Guide to Geography) is one of the most well-known works of the Roman period, and it introduced many innovations to map making, chiefly the introduction of latitudes and longitudes. The eight-volume magnum opus aimed to provide all the information and techniques necessary to draw maps of the known world during his time.

Ptolemy described a world map as well as maps of 26 regions of Europe, Asia and Africa in his work. In his work, Ptolemy describes the known India which is framed by the Indus river and the delta of the Ganga. However, his depiction of Southern India is fairly inaccurate. He marks it with a jagged coastline as opposed to a triangular peninsula, and the island of Sri Lanka is depicted as much larger than it actually is. 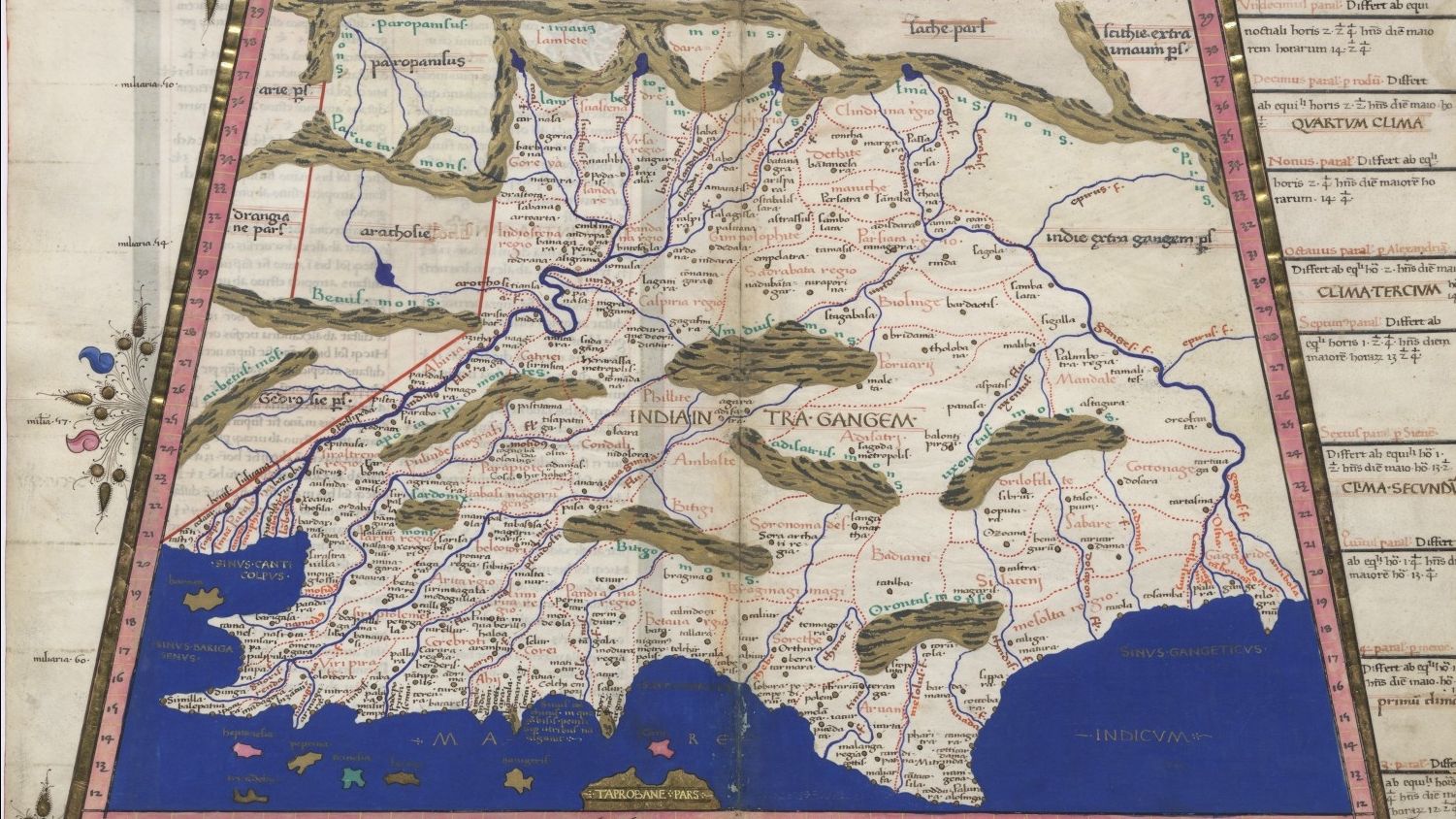 Many of the places described by Ptolemy are associated with present-day and historical settlements, including Pune, associated with ‘Punnat’, a centre for agate stones; Mylapore in Chennai, which is believed to be the port of ‘Maillarpha’; the port of Machilipatanam, is referred to as ‘Maisolos’; the port of Puhar in Tamil Nadu, which he called a ‘well-planned city’. Ptolemy even talks about the diamonds of India and how they were found in the city of ‘Smabalaka’ on the banks of the Manada River, which is present-day Sambalpur in Odisha.

In the centuries that followed, Arab and then European travellers added layers of their own knowledge of India through their own texts. With advances in technology, the West kept ‘discovering’ India right till the 20th century. While these latter-day explorers and invaders benefitted from evolving transport systems that took them places, it is the accounts of the ancients that are most captivating as all they were armed with was the wind in their sails.