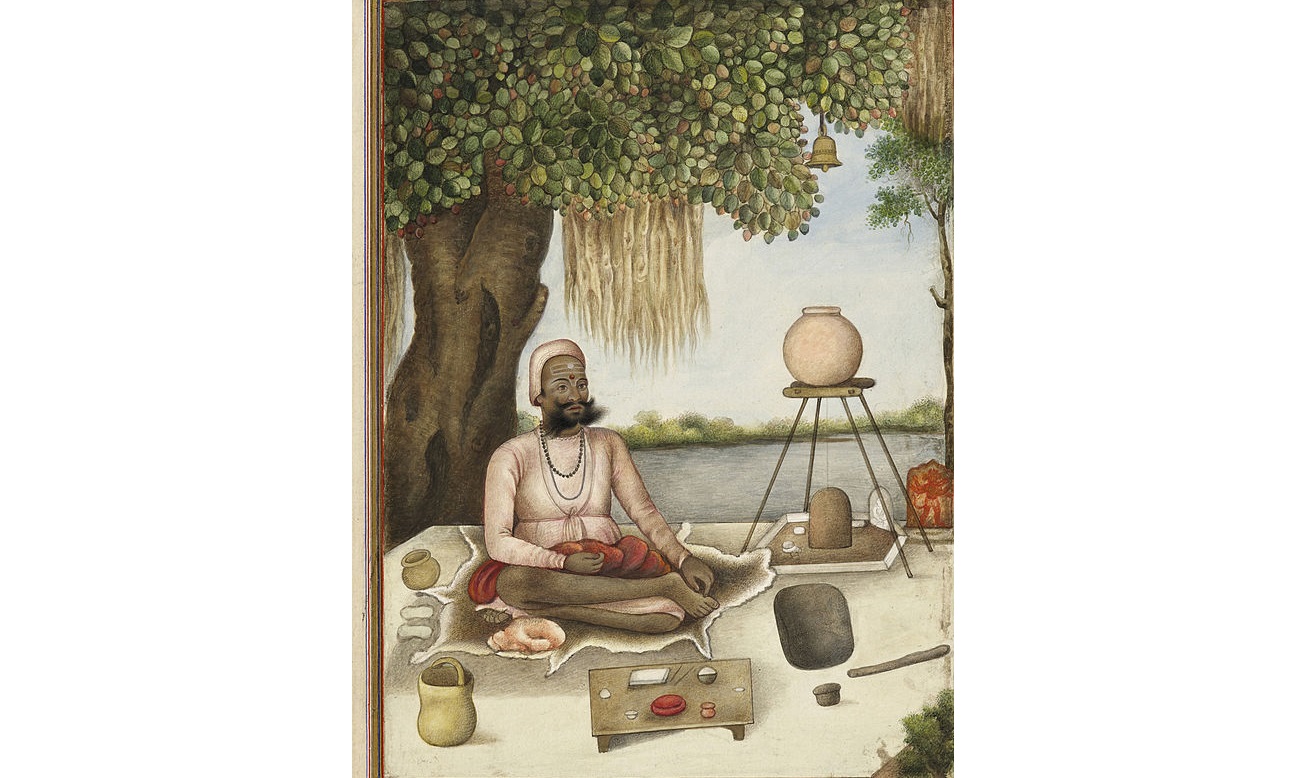 Across North India, you will come across Akhadas or Muths that act as monasteries and training grounds for Naga Sanyasis. A ‘Naga’ is a term used to refer to Sadhus (monks), attached to the various Vaishnava and Shaiva monastic orders , who have gone through a special initiation. While many of these Akharas trace their origins to Adi Shakaracharya in the 8th century, they began to play a pivotal role as a fighting force, during the medieval period, when political equations changed, especially following the fall of the Mughal empire.

In 1954, many Akharas got together to set up the ‘Akhil Bharatiya Akhara Parishad’ that even today plays an influential role in organising the Kumbh Mela. This is also when you normally get to see these Naga Sanyasis.

Journalist Dhirendra K Jha traces the fascinating story of the Naga Akharas, and how they once acted as king makers in Northern India. Even today, they are a power to reckon with across the region. 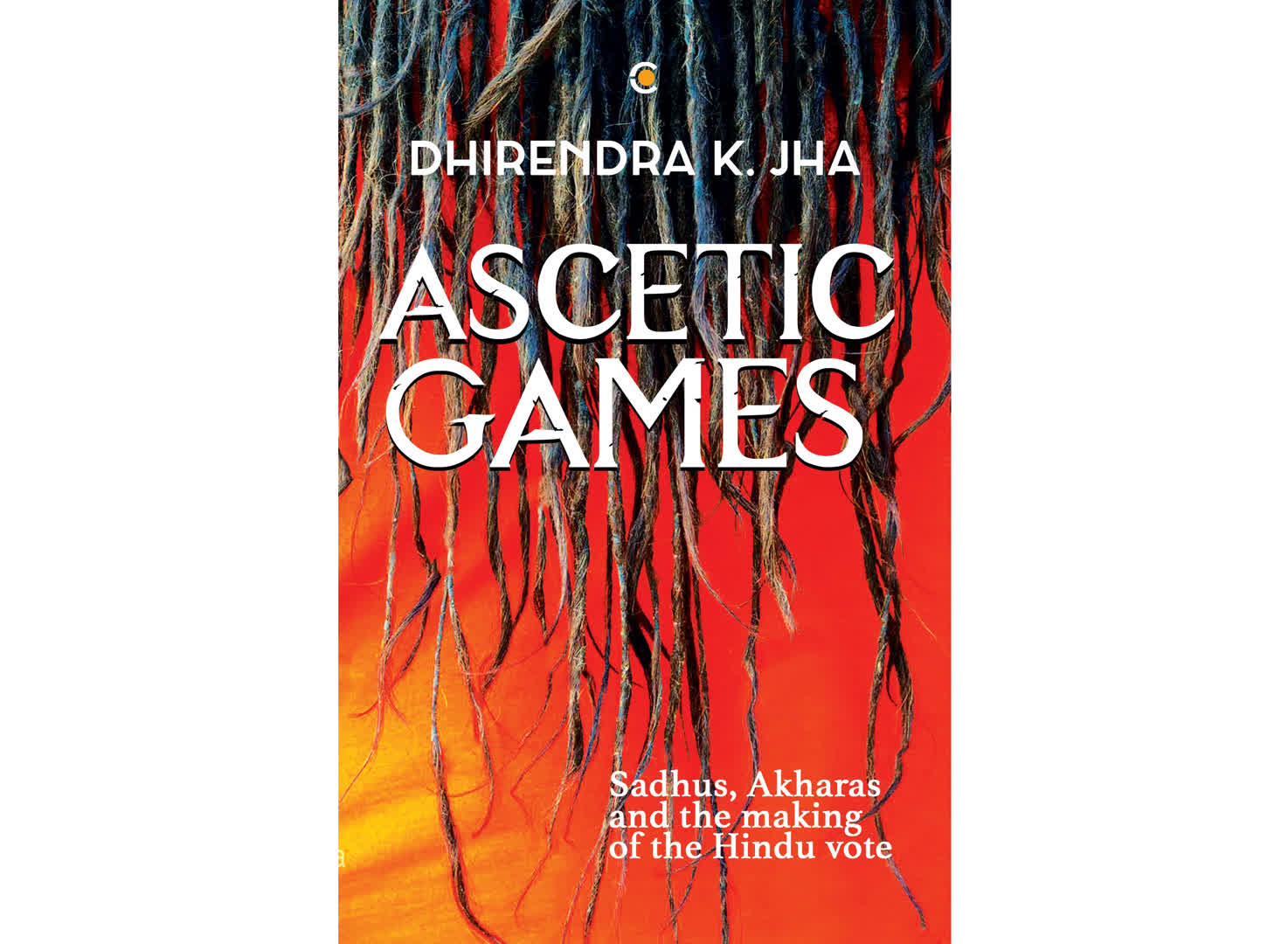 Noted historian Sir Jadunath Sarkar in his book ‘A History of Dasnami Naga Sanyasis’ records the number of naga bands of Shaiva and Vaishnava sadhus who fought in numerous battles for the rajas of Rajputana, Gujarat and other regions—both defensive and aggressive—and in turn were rewarded with grants of land and annual allowances. During all of eighteenth century, they were employed in service to the maharajas of Udaipur, Jaipur, Jaisalmer, Jodhpur, Bikaner, Baroda, Marwar, Bhuj and many other kingdoms, and in many instances were part of a regularly paid standing army. As the need for the warrior ascetics’ military skills increased, a handful of the nagas developed political ambitions. Sarkar records such political exploits of three famous eighteenth-century Dasanami nagas—Rajendra Giri Gosain and the brothers Anup Giri Gosain and Umrao Giri Gosain, who were both Rajendra Giri’s chelas.

At the height of their careers, the brothers commanded a force of up to 40,000 horse and foot soldiers. Between 1751 and 1753, Rajendra Giri remained ‘the moving spirit’ behind all the military enterprises of Safdar Jang, the wazir of Mughal emperor Ahmad Shah and ruler of the Mughal province of Awadh. After Rajendra Giri’s death in 1753, his disciples Anup Giri and Umrao Giri continued to render service to Safdar Jang and then his successor, Shuja-ud-Daulah. They proved their loyalty to their Mughal patron against the Hindu raja of Banaras, Balwant Singh. When Shuja-ud-Daulah joined forces with Afghans, the nagas also fought against the Marathas. Sarkar describes how, before the Battle of Panipat in 1761, an assembly of Afghans were ‘most upset’ at the sight of the naked army of Shuja-ud-Daulah, ‘with their things and buttocks exposed’. 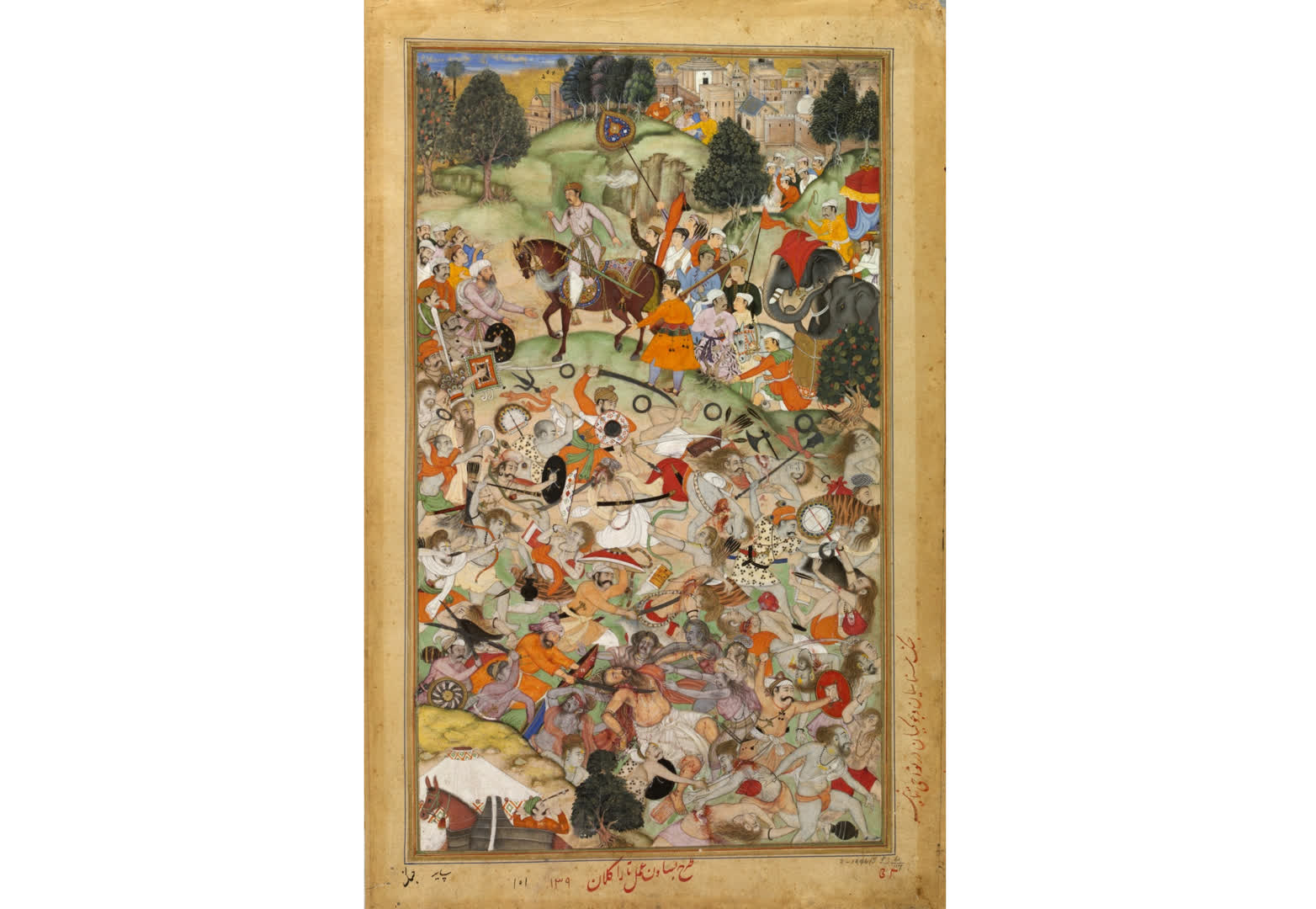 The naga force of Anup Giri and Umrao Giri was part of a combined army, which also included Mughals, Pathans, Ruhelas, Rajputs and others, who together fought the British in battles at Patna and Buxar in 1764.

However, the British with their superior firepower repelled the attackers. During 1764–65, the brothers continued their mercenary activities under other patrons, including the Jat ruler Jawahir Singh. In 1767, the two nagas served under the Maratha ruler, Raghunath Rao, and, during their patron’s absence in Deccan, they plundered Bundelkhand. Between 1767 and 1775, they were re-employed by Shuja-ud-Daulah. For the next fifteen years, they served a series of regimes in Delhi, interspersed by periods of sanctioned plunder.

Between 1789 and 1802, the Maratha, Ali Bahadur, was the patron of Anup Giri and Umrao Giri, who helped him conquer Bundelkhand, in return for which the nagas were awarded 1,300,000 rupees. Later, Anup Giri, who had been honoured with the title of Himmat Bahadur by Shuja-ud-Daulah, aided the British in the suppression of the Maratha chief Shamsher Bahadur II, son and successor of Ali Bahadur, and ended his long career as the de facto ruler of a large part of Bundelkhand.

Around the time Anup Giri and Umrao Giri were running amok in the vast swathes of northern India, other armed sanyasis—sometimes in their own bands and at other times in league with Muslim fakirs and the impoverished peasantry of Bengal—locked horns with the region’s new master, the East India Company. The raids the sanyasis carried out—after the Company’s formal acquisition of diwani rights to collect revenue over Bengal in 1765—have been described as everything from a precocious guerrilla war for India’s independence to a haphazard outbreak of banditry. Company records contain numerous reports of incursions by these ‘marauding’ and frequently armed groups. The British version of events, wherein the ash-clad, bhang-drinking sanyasis and fakirs are presented as marauder bandits, has been challenged by many historians, who assert that the disturbances of the period was part of a larger movement of peasant unrest and rebellion against colonial repression and excessive taxation, which sometimes caused starvation, and that the sanyasis and fakirs frequently spearheaded these movements.

Historian David N. Lorenzen in his book ‘Warrior Ascetics in Indian History’ also writes on the series of events referred to as the Sanyasi Rebellion, describing the Dasanami nagas’ involvement in the struggle for succession to the throne of Cooch Behar in northeastern Bengal. In this dispute, which flared up periodically between 1765 and 1790, the sanyasis were usually on one side and the English on the other. 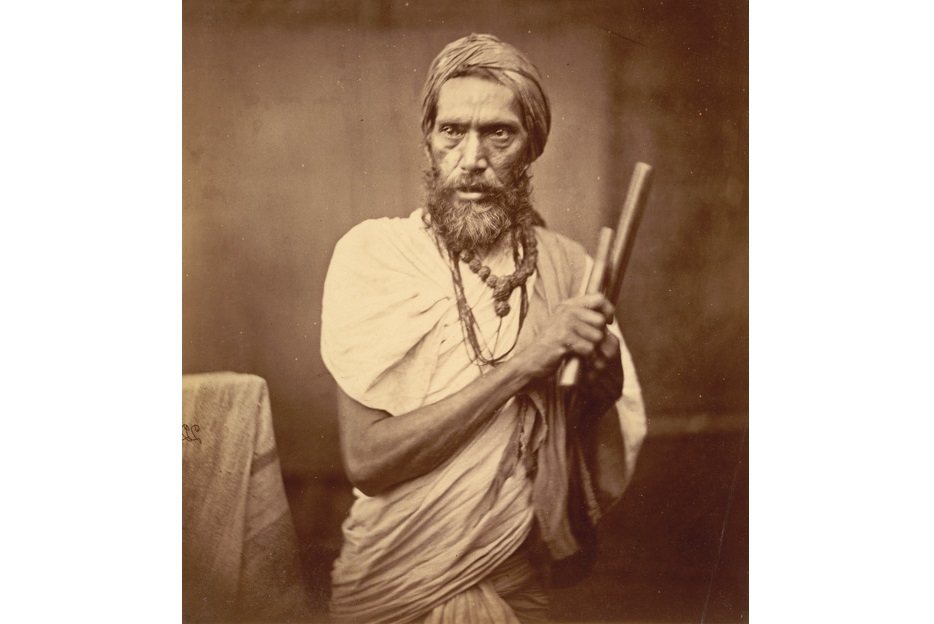 The Company’s forces, under orders from Warren Hastings, made strenuous efforts to suppress sanyasis and fakirs and stop them from entering Bengal. In 1773, a law was passed to prohibit the sanyasis and fakirs from carrying arms, and from entering and traversing the province of Bengal. No less than four battalions of the Company’s army were actively engaged against the sanyasis and fakirs. It was only by 1800 that the rebellion, which had continued for thirty-five years, was finally suppressed. By the beginning of the nineteenth century, armed ascetic activity started declining fast. The few militant nagas who remained in eastern India in 1809–10 were reported to have abandoned arms. The heirs of Anup Giri and Umrao Giri and other armed bands of sanyasis and vairagis in central and western parts of northern India were taking their last breaths. British rule meant that there was less and less scope for warrior ascetics to operate as they used to. Opportunities in the armies of princely states also declined due to strained finances and because they often had a British representatives posted in their court.

Eventually, the akharas of warrior ascetics deteriorated and lost all except ceremonial functions, the centralised state established by the British having neither the need nor the desire for their services. The akharas were quick to read the writing on the wall. Out of ideas and beaten by the superior British forces, in a matter of just years rather than decades, the armed naga bands mutated completely. They adapted to the changing political environment and economic pattern in northern India and diversified, in no time, into urban-property ownership and money lending, post 1802. It has been estimated that around 250,000 acres of land is owned by Dasanami akharas, and that the entire Girnar hills area in Gujarat was under the control of the nagas of Juna akhara for a while Even today, almost half of Ayodhya and Haridwar is owned by Vaishnava and Shaiva akharas, respectively. Acquisition of property at such a large scale changed everything for the nagas—their world view, their eagerness to participate in politics, their very way of life.

Armed battles were replaced by the urgent need to manage akhara properties and to keep alive the symbols of their mercenary past to be showcased during Kumbh Melas. 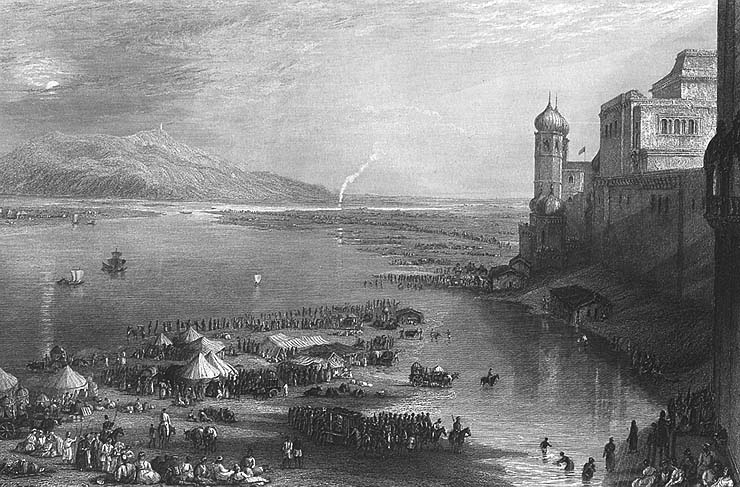 As generations passed, the history of the nagas underwent a metamorphosis and gave birth to a firmly embedded myth. This myth-history goes that the nagas took up arms to protect the Hindu religion and that they were the last line of defence against foreign invaders, both Muslim and British. The truth, however, is that the armed ancestors of present-day sadhus were mercenaries who served transient masters of any shade of faith.

An excerpt from the book ‘Ascetic Games: Sadhus, Akharas and the Making of the Hindu Vote’ by Dhirendra K. Jha, published by Westland.

The Monks Who Became Bankers 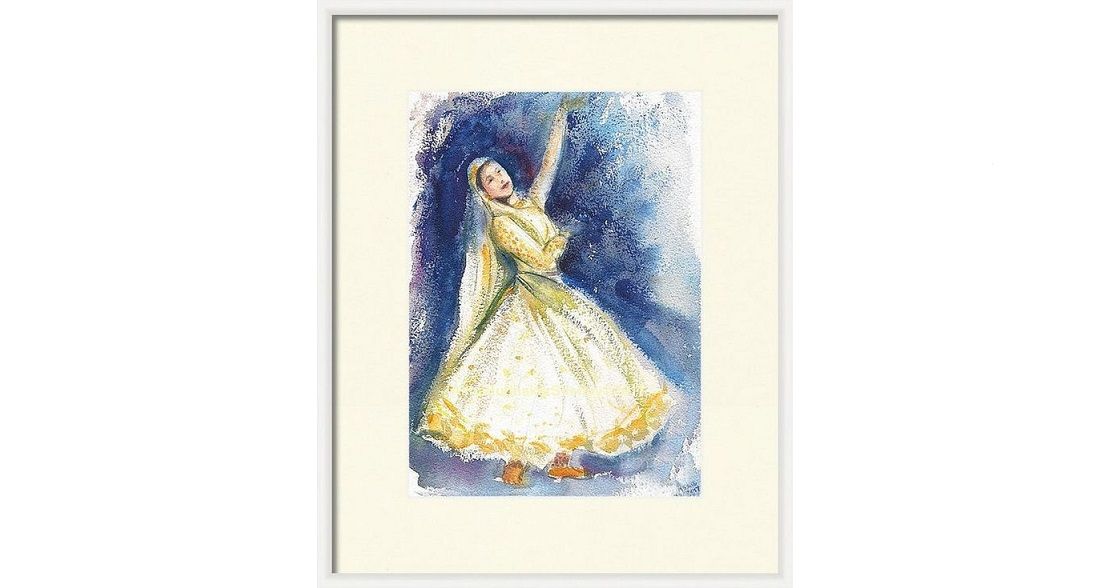 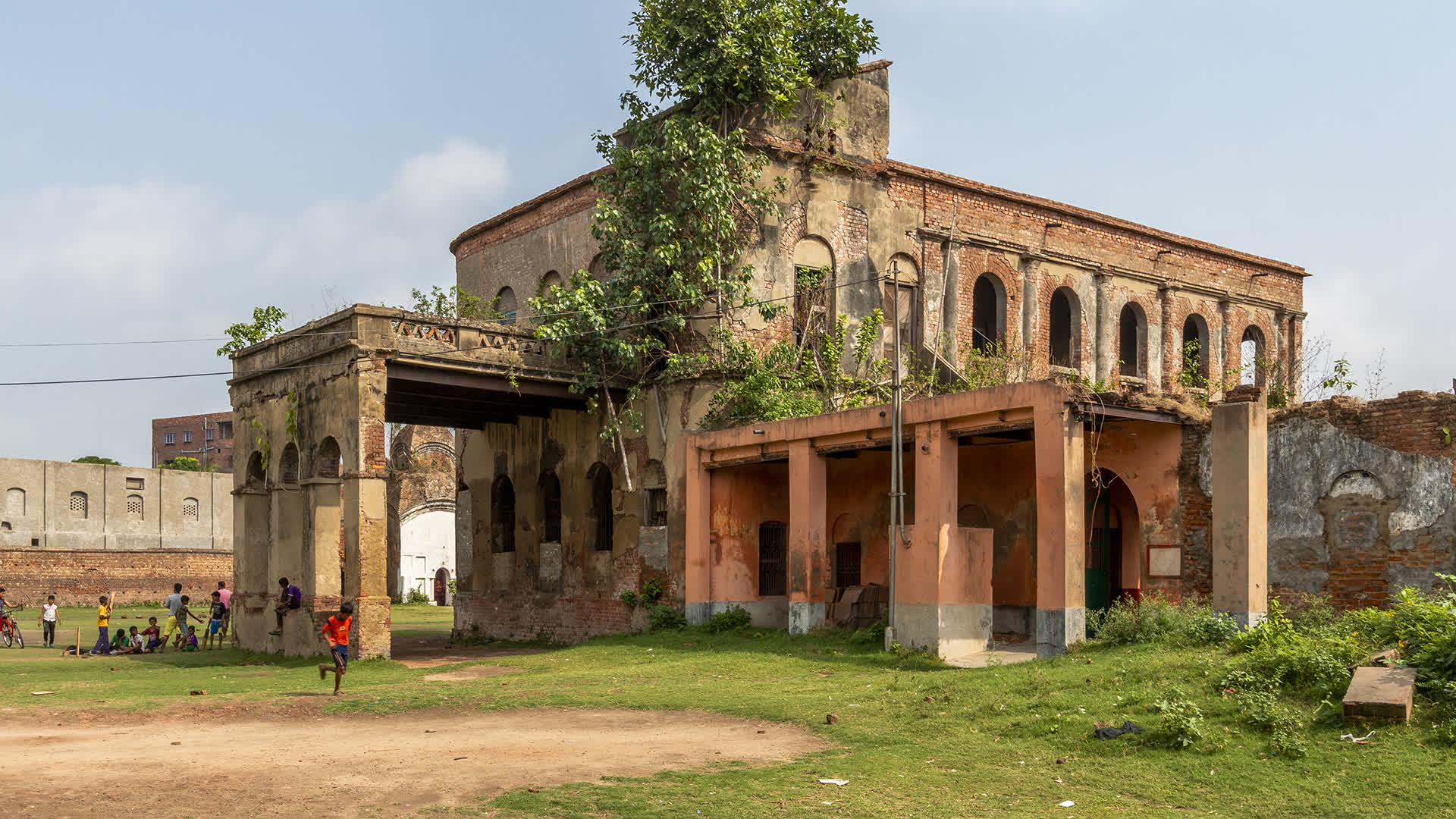 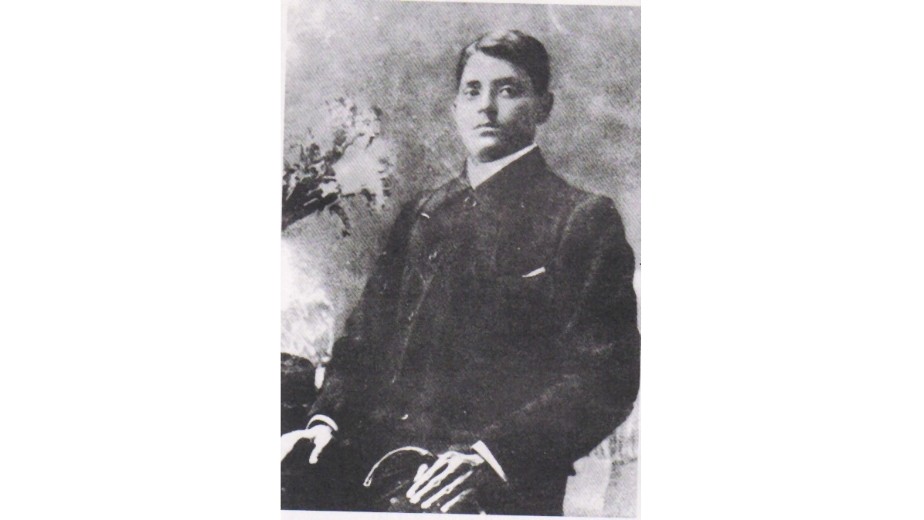 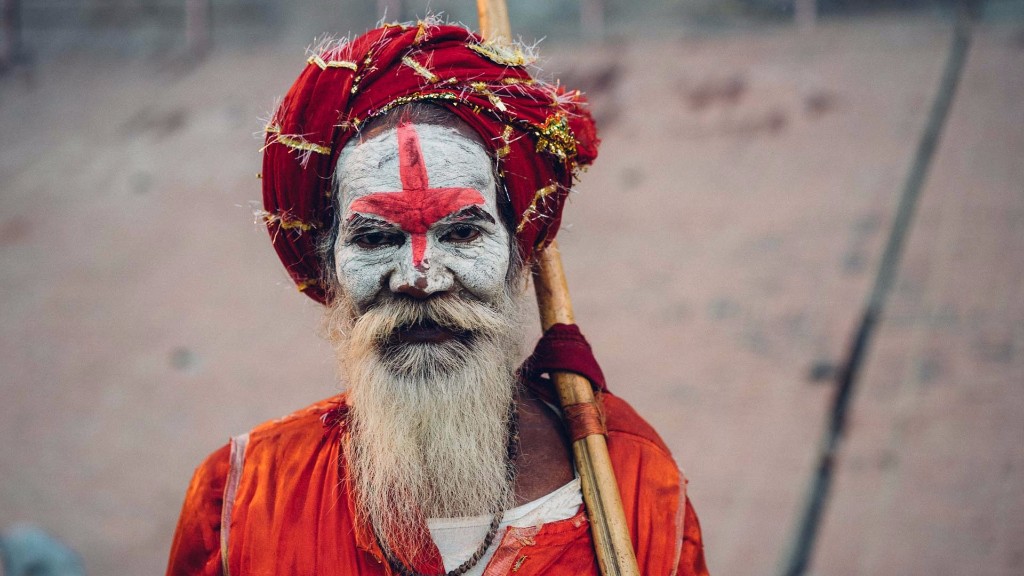 Dhanrajgirs: The Monks Who Became Bankers 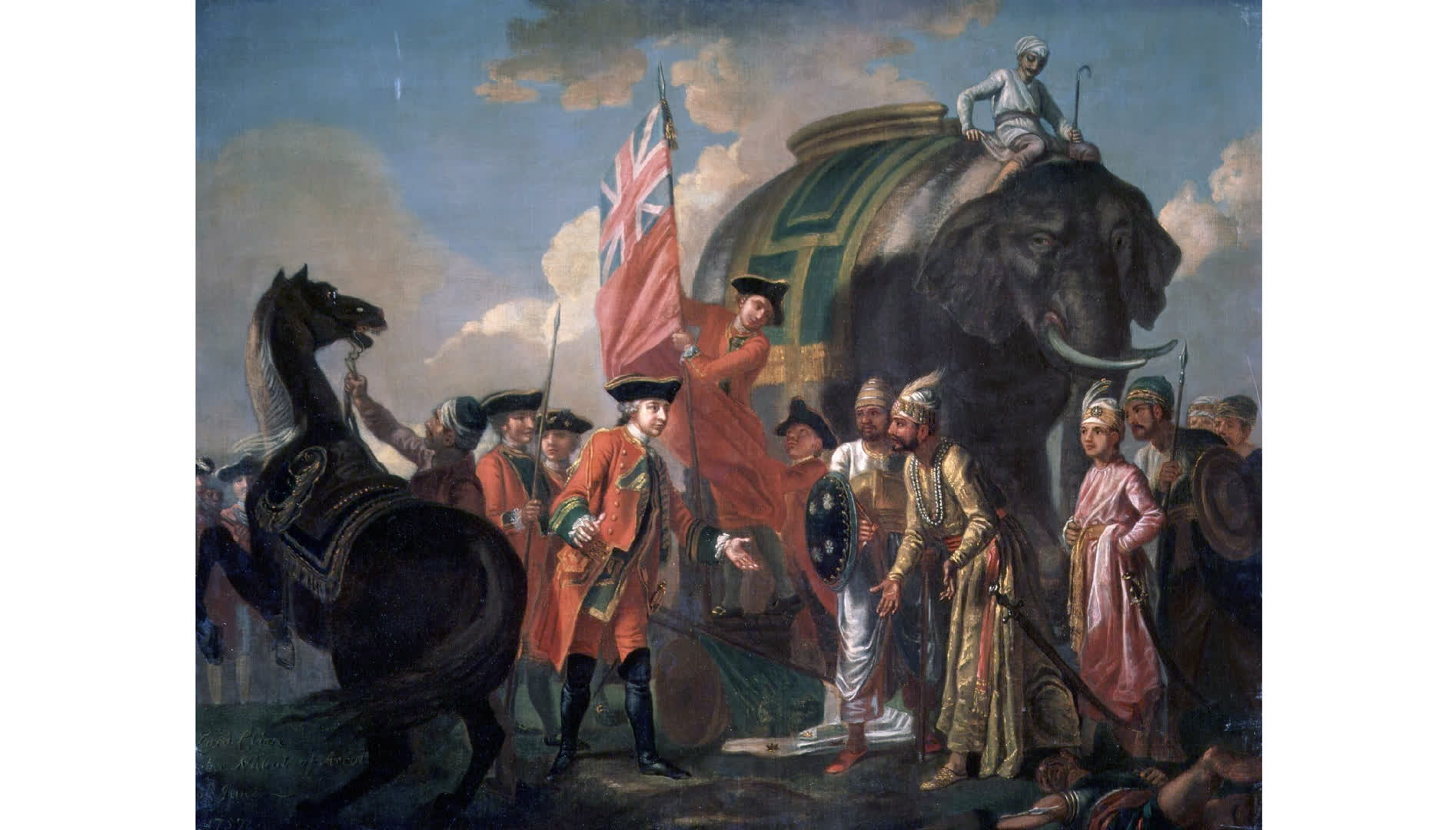 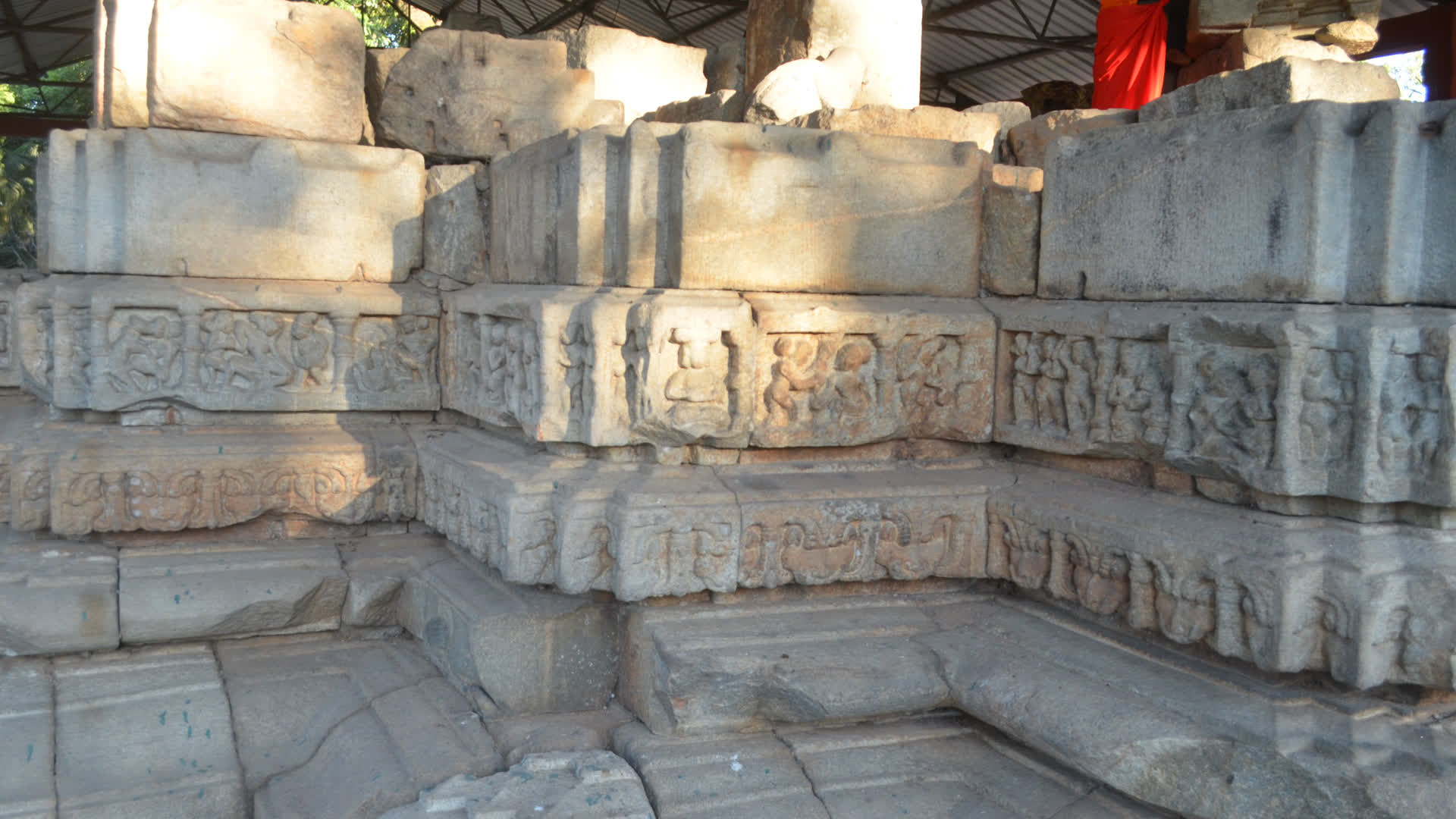 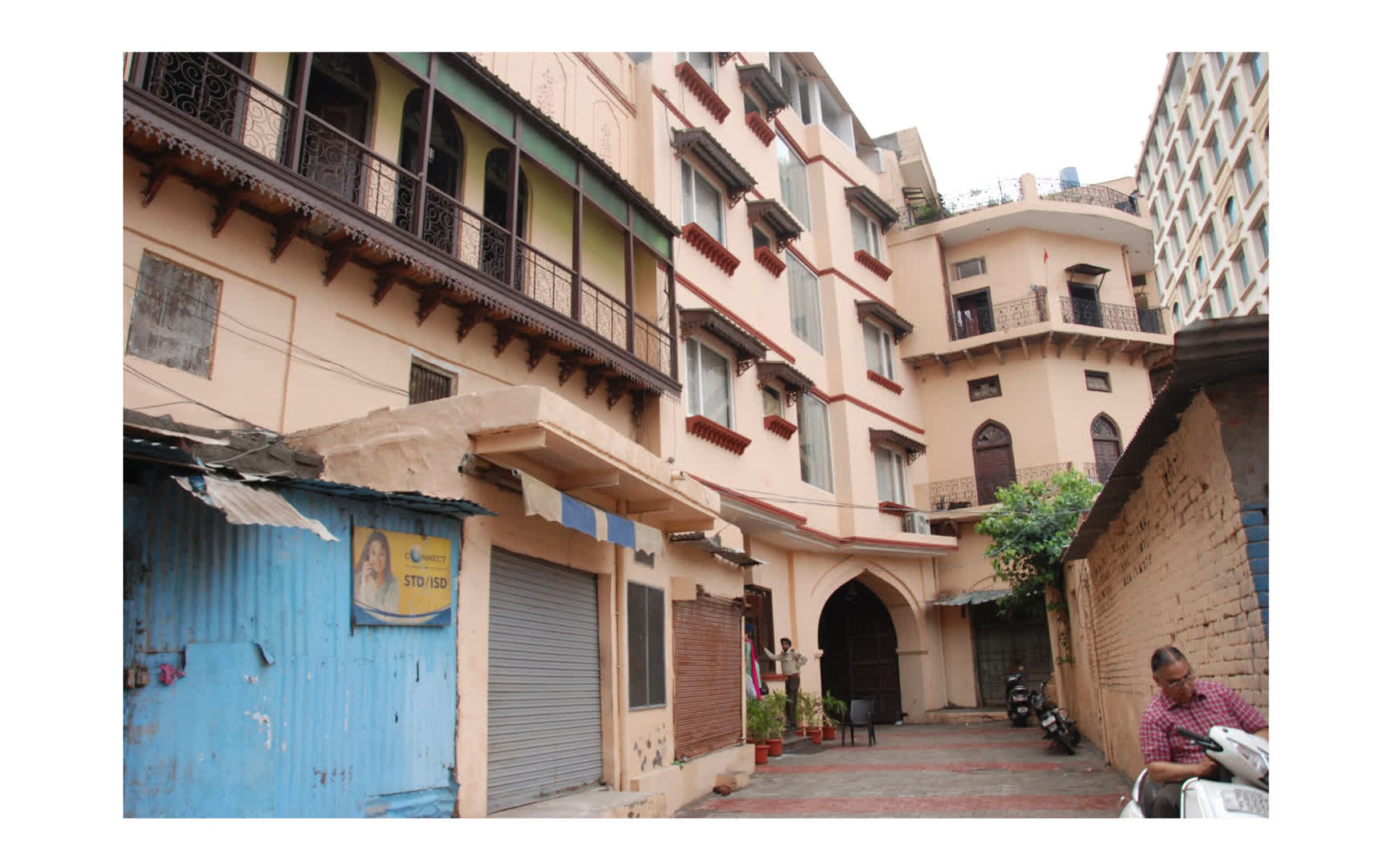 In the walled city of Amritsar,  near Shri Harmandir Sahib is a 250-year-old fort, that sadly today has almost become ‘invisible’. Catch the story of Amritsar’s Qila Ahluwalia , once the pride of the mighty Ahluwalia Misl.

History Daily
Plassey: The Battle & Beyond
By Akshay Chavan

The Battle of Plassey is well-known as a turning point in India’s history as it led to the East India Company wresting control of the subcontinent. But it was not quite as simple as that. In his book, author Sudeep Chakravarti peels away layers to expose the truths and lies, the myths and nuances that surround this epoch-making event