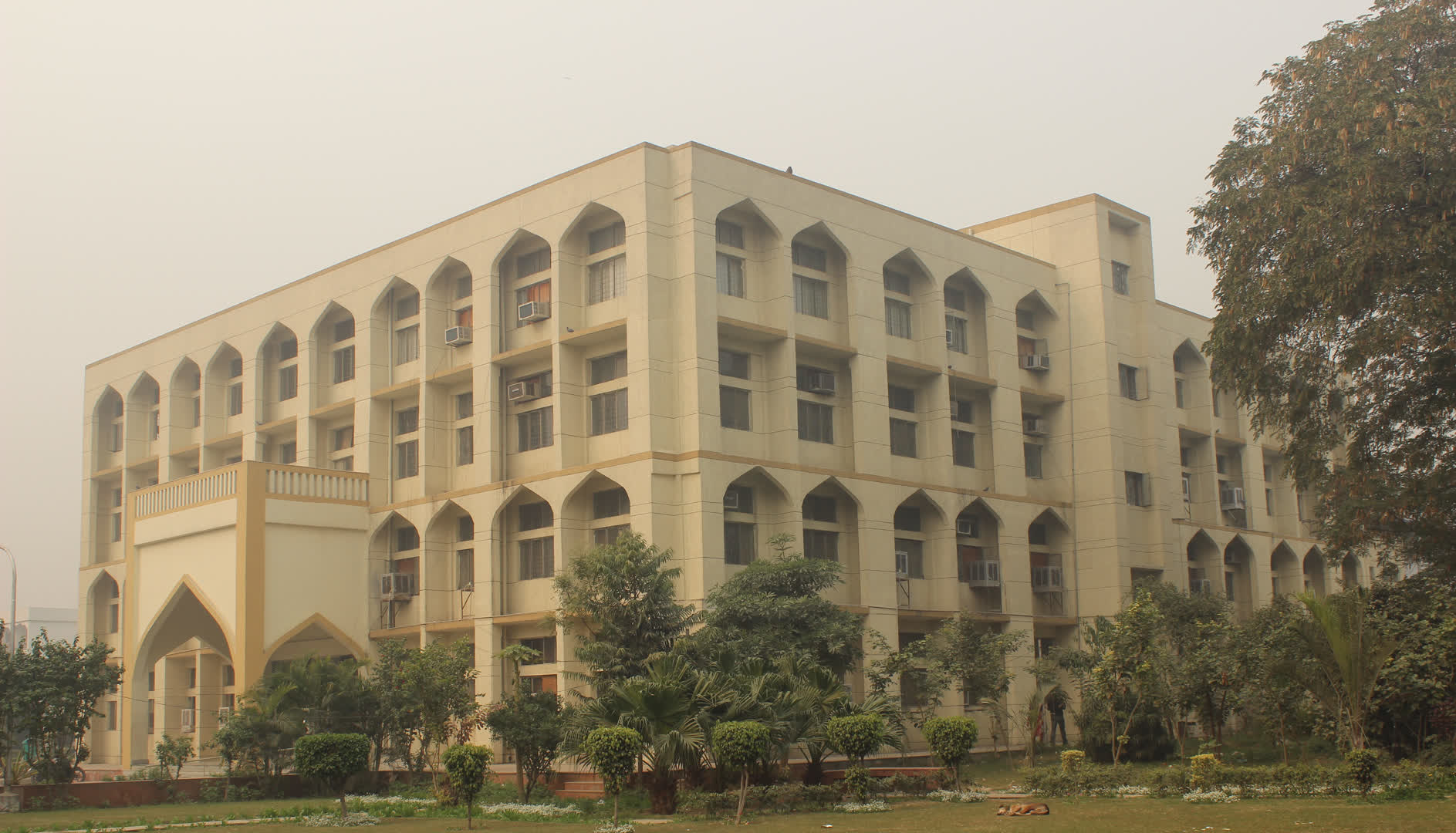 Jamia Millia Islamia was born of India’s nationalist movement. It has been a university that has stood for tolerance & unity through every communal crisis faced by the country. LHI Contributor Aashish Kochhar who is a student there, shares the trauma he faced as he witnessed the violence in the campus and asks isn’t it an affront to all that we stand for!

On the night of December 15, 2019, I saw for the first time what fear really looked like. My friends and I were in my hostel room, with the lights off and the doors locked, while we listened to the horrifying screams of our colleagues and what sounded like explosions outside. We were under a terror attack, not from militants but from our very own police force, who had taken an oath to protect the people of this country.

My university, Jamia Millia Islamia, was being attacked; our library, which has a ‘Wall of Heroes’ dedicated to Param Veer Chakra awardees, was vandalized; buildings were sacked; and many students were brutally beaten.

Many justify the barbaric attack and even question the patriotism of the university. The irony couldn’t be starker. Jamia was founded as an outcome of the national freedom struggle and its history is full of instances when it stood up for the freedom of India and for communal harmony.

In these troubled times, when there are forces attempting to tear at the secular fabric of our nation, let’s look at the history of this great institution and the lessons it teaches us. 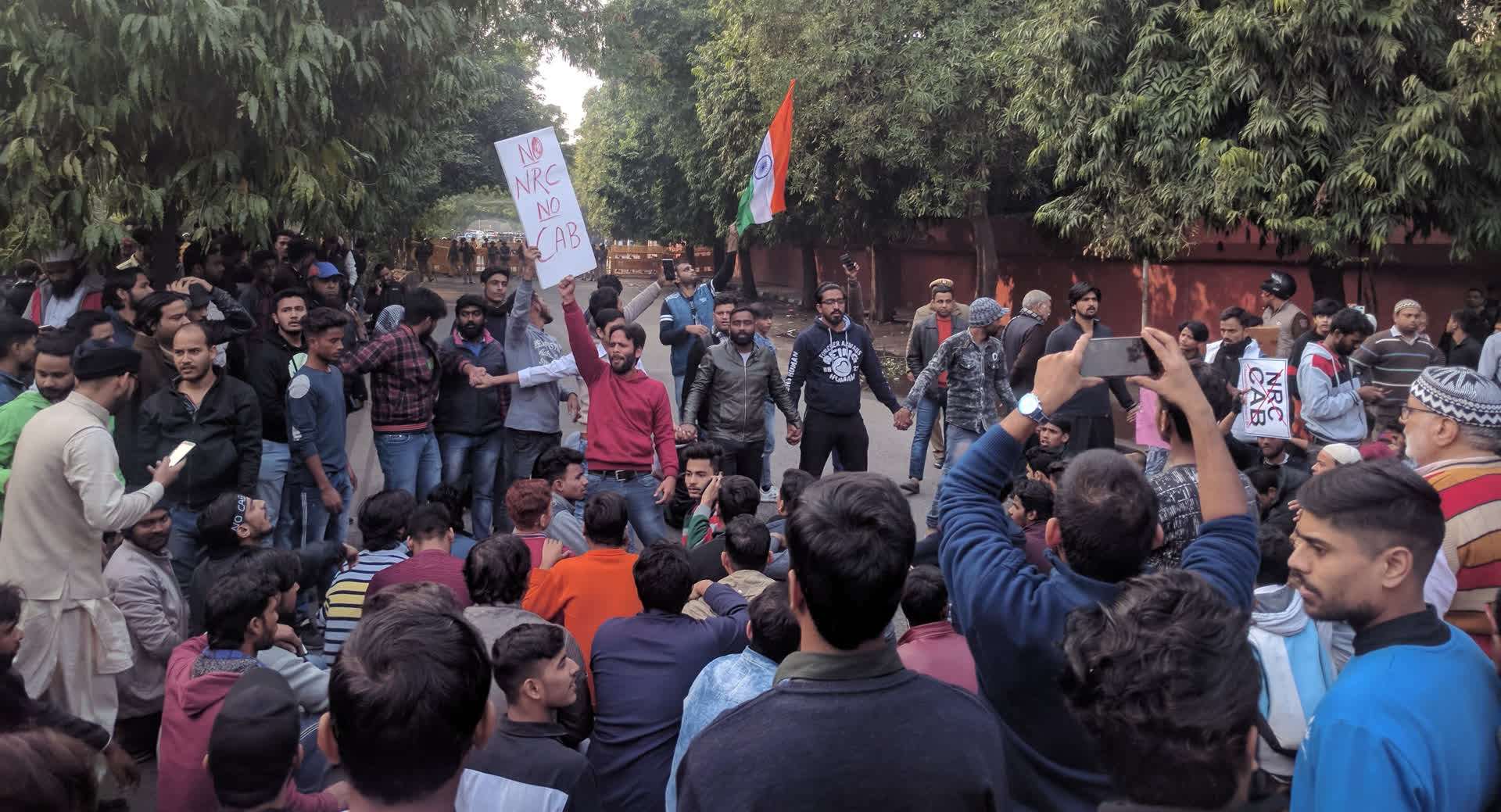 The history of Jamia Millia Islamia goes back to a time when Mahatma Gandhi, disturbed by the massacre at Jallianwala Bagh and the implementation of the Rowlatt Act in Punjab in 1919, called for the Non-Cooperation Movement and was soon joined by the members of Khilafat. Both the Congress and the Khilafat, with Gandhi as the catalyst, approved the programme of surrender of the British government’s titles, schools, courts and all sorts of foreign goods along with the promotion of Hindu-Muslim unity and a strict non-violence struggle.

As a result of Gandhi’s call, many Indians dissociated themselves from British-supported educational institutions and established indigenous, nationalist institutions. Historian S N Sen writes in History of the Freedom Movement in India (1857-1947), that when in September 1920, the British government gave the Muhammadin Anglo-Oriental College of Aligarh the status of a university, making it the Aligarh Muslim University, the institution’s students and nationalist alumni who supported non-cooperation quit the university, considering it a trick by the imperial government to control the institution’s activities and affairs. 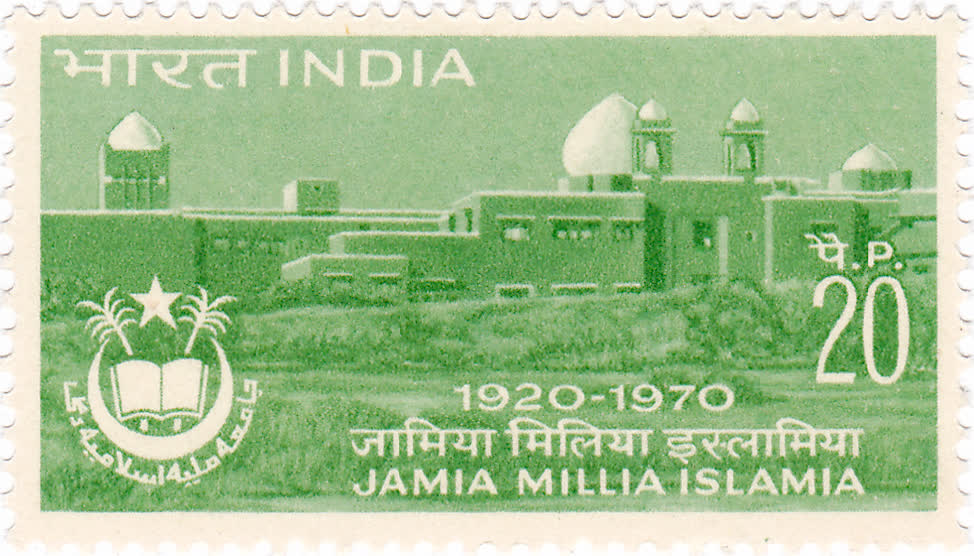 Soon, 18 self-dedicated intellectuals, in just two months, established a new institution in the temporary camps of Aligarh. They named it ‘Jamia Millia Islamia’ (‘Jamia’ means ‘University’, and ‘Millia’ means ‘National’ in Arabic), thus making it the first nationalist institution set up as a product of non-cooperation in India.

Hakim Ajmal Khan, a renowned physician and poet, was the university’s first chancellor, whereas the founder of the Khilafat movement in India, Mohammad Ali Jauhar, was its first vice-chancellor. The same nationalist call later led to the founding of Gujarat Vidyapith, Bihar Vidyapith, Kasi Vidyapith, Tilak Maharashtra Vidyapith and Bengal National University. 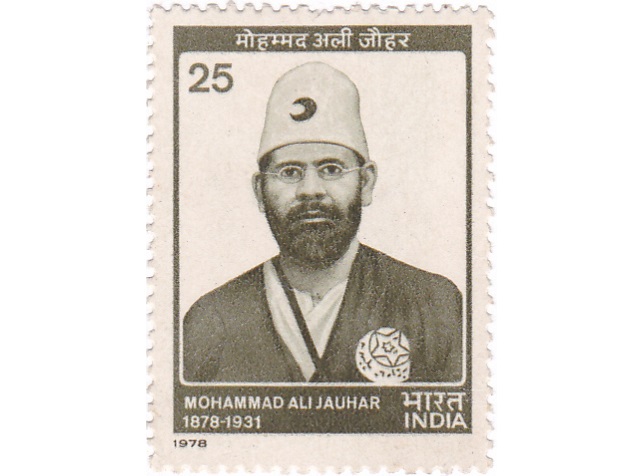 Although the initial response received by Jamia was encouraging, this was just the beginning of a great struggle that was to unfold. The fall of the Khilafat in Turkey in 1924 led to the fall of the Khilafat movement itself. Jamia suffered an acute shortage of funds and plunged into a financial crisis. It was much worse off than its contemporary institutions such as Aligarh Muslim University and Benaras Hindu University because its staunch anti-colonial and pro-nationalist stand meant zero financial aid from the British crown and princely states. The only funds Jamia received were donations from its founders like Hakim Ajmal Khan and a few anti-English government public donors. 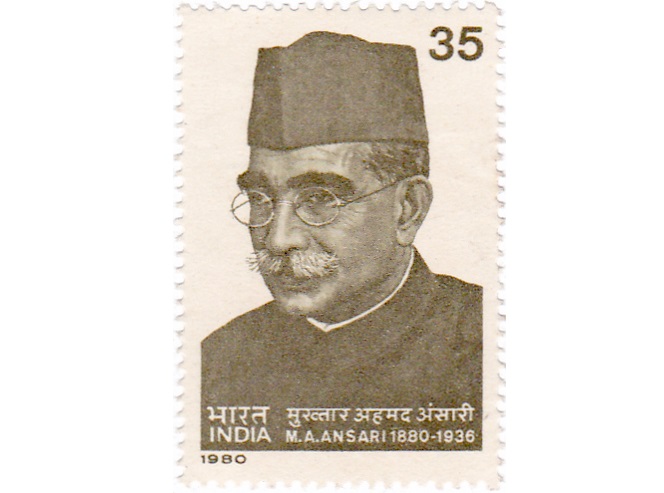 Friends of the university like national leaders Abdul Majeed Khwaja and Dr Mukhtar Ahmad Ansari travelled the length and breadth of India and even contacted Mahatma Gandhi to raise funds. According to the book, Jamia Aur Gandhi written by journalist and Jamia alumnus Afroz Aalam Sahil, Gandhi promised to raise funds for Jamia. In order to do so, he wrote several letters to wealthy and influential people, including Jamnalal Bajaj, Ghanshyam Das Birla and Pandit Madan Mohan Malviya, founder of Benaras Hindu University. It was not met with the desired response.

The university was in such financial dire straits that in January 1925, the founders were considering closing it down. But Gandhi insisted that Jamia continue. He did not see it as just another nationalist project but an initiative that he hoped would set an example of Hindu-Muslim unity. He said, “If you’re facing a financial crunch, I am ready to carry a begging bowl and go door to door, but Jamia must continue.”

Gandhi appealed to the masses in Bhopal and Patna, and wrote in his journals Young India and Navjiwan to raise funds for the university. With determination like this, things began to look up and that same year (1925), the institution moved out of Aligarh to Karol Bagh in Delhi.

But hard times weren’t altogether over for Jamia. In 1927, when the Congress protested against the Simon Commission, most of the university’s founders, who were freedom fighters, supported the agitation and were arrested, thus affecting its functioning. Then, the backbone of Jamia, Hakim Ajmal Khan passed away, leaving a huge void. But Jamia didn’t give up. New leadership emerged with Dr Zakir Husain, Dr Abid Husain and Dr Mukhtar Ahmad Ansari, carrying forward the nationalist message. 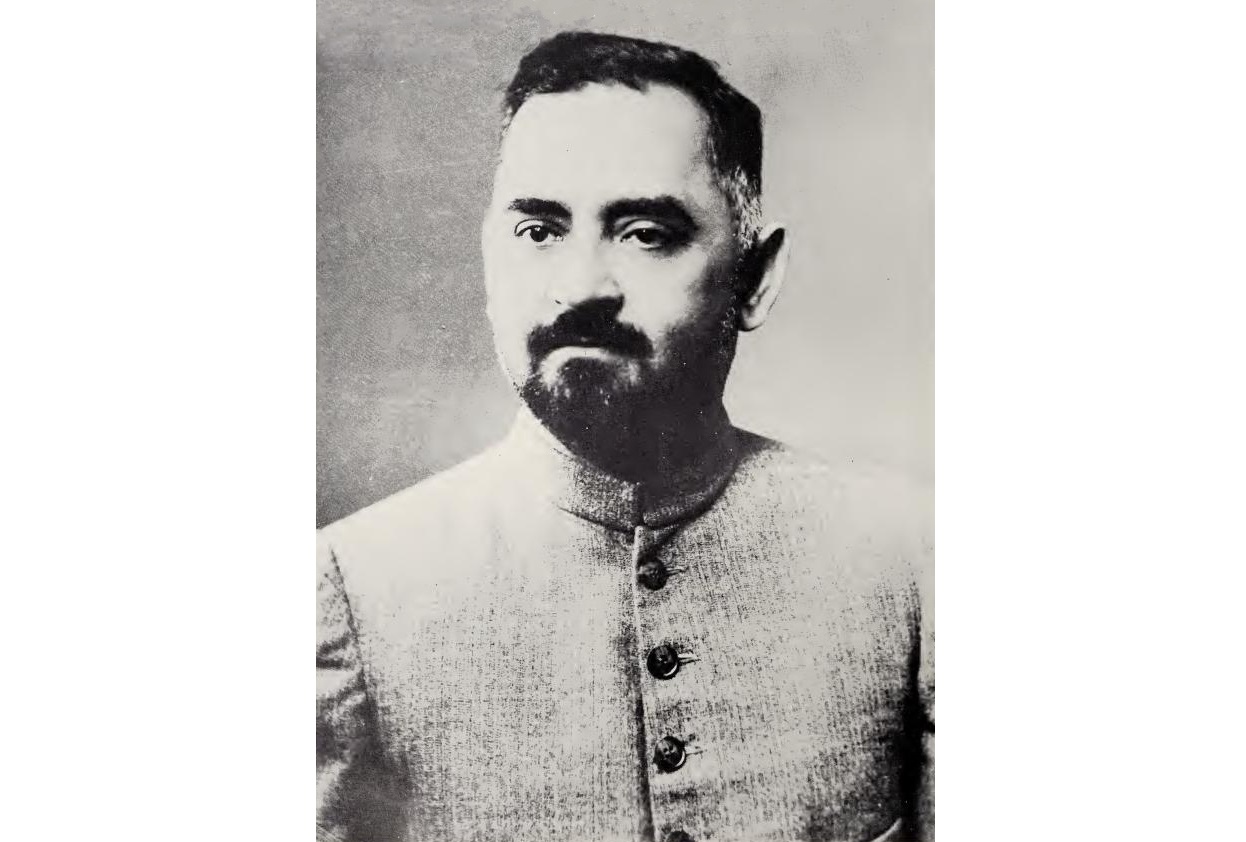 When in 1928, farmers in Surat district of Gujarat, under the leadership of Congress activist Vallabhbhai Patel, revolted against an increase in revenue tax by the government, Jamia students volunteered in large numbers for the cause of the farmers even though most of their teachers were already in jail. This protest, popularly known as ‘Bardoli Satyagraha’ earned Vallabhbhai the title of ‘Sardar’. 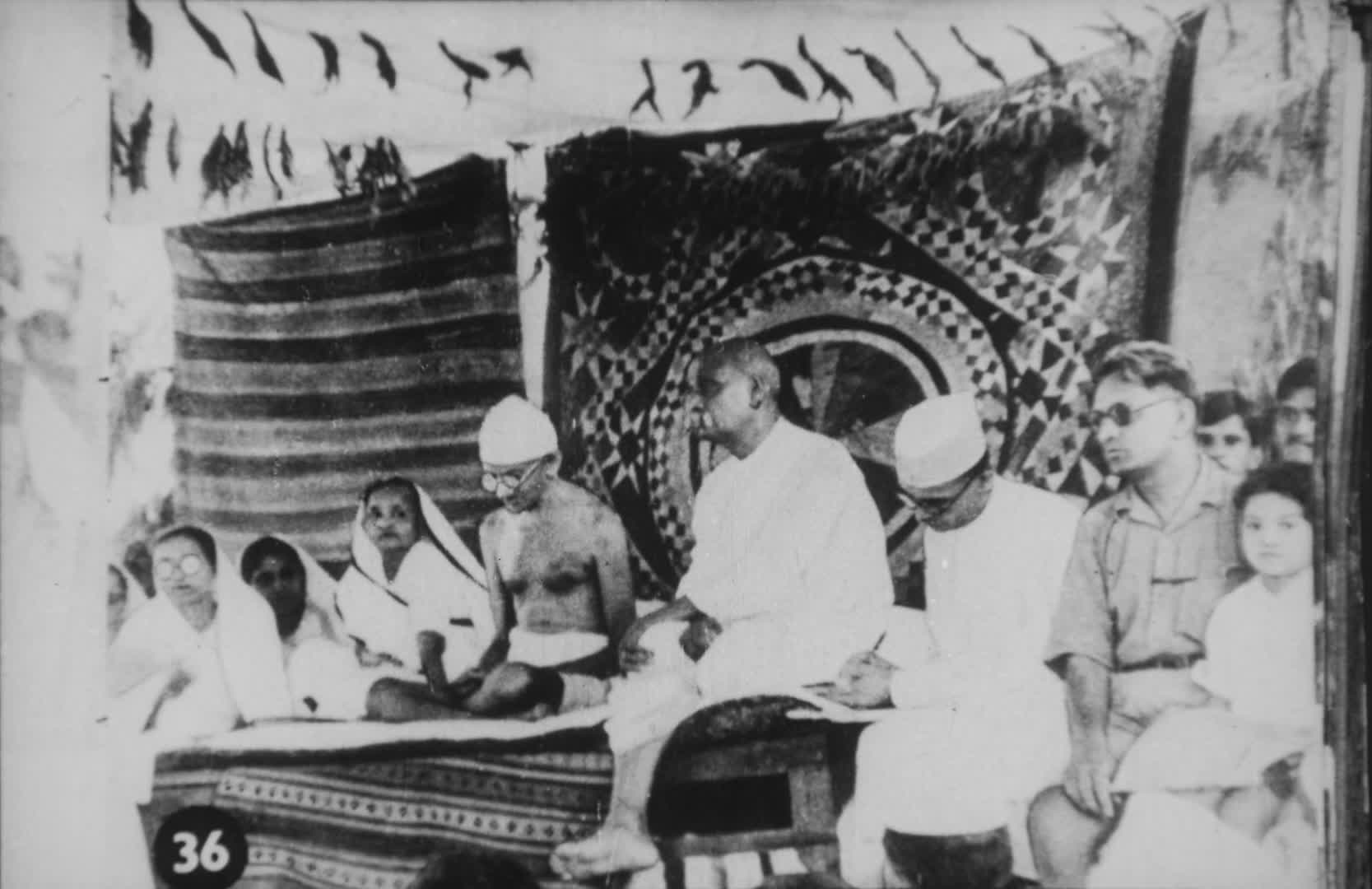 In March 1933, the Jamia campus shifted once again, from Karol Bagh to its present location in Okhla (Jamia Nagar), under the leadership of the then Chancellor Dr Mukhtar Ahmad Ansari. For the next decade, many international scholars and donors helped to develop academic excellence and new infrastructure at the university. Rabindranath Tagore, the renowned poet and founder of Shantiniketan, called it “one of the most progressive educational institutions of India” at the time.

Jamia faced another financial crunch in 1942, when the Quit India Movement was launched by the Congress. Jamia students, along with those from several other universities, together revolted to demonstrate Hindu-Muslim solidarity in opposition to the British crown. Many associates of the university, including its Vice-Chancellor Dr Zakir Husain were arrested.

As the years passed, communal harmony gave way to communal violence all over India. Disturbed by this, Dr Zakir Husain invited leaders of both the Congress and the Muslim league to share the same stage on the occasion of the university’s silver jubilee in 1946. He had Mr and Mrs Mohammad Ali Jinnah, and Liyaqat Ali Khan on one side of the stage, whereas Pandit Jawaharlal Nehru, Asaf Ali and Sir C Rajagolapachari were on the other. He tried to negotiate and urge both parties to make peace with each other through his moving speech. Despite his efforts, things did not change, and India was set to be divided on August 15, 1947. 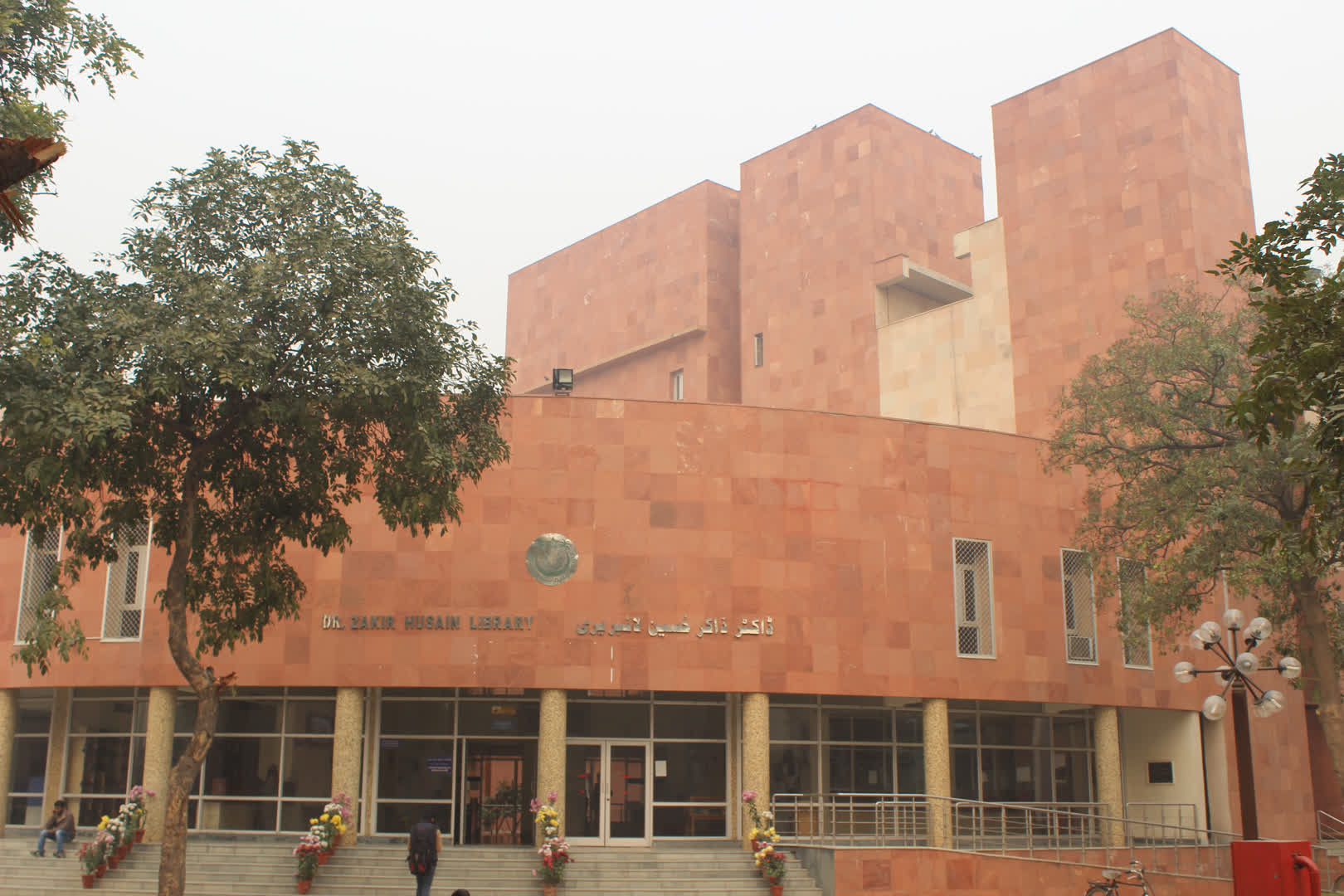 Despite being a prominent stalwart of freedom, Jamia faced the brunt of the Partition riots of 1947 owing to its Islamic identity. The Jamia School (its old campus at Karol Bagh) was ransacked, and furniture and books were destroyed. According to Makhtaba Jamia, the printing press of Jamia and books worth more than Rs 7 lakh were lost in the riots.

Still, Jamia did not waver. It not only went door to door persuading Muslims to stay in India, it also didn’t demand any compensation from the government for the damage it had suffered. Although all of India was burning, Jamia’s main campus at Okhla remained unaffected. Mahatma Gandhi called it “an oasis of peace in the Sahara”.

On one hand, where Jamia students were involved in relief work to evacuate camps around Humayun’s tomb and Purana Qila for Muslims to go to Pakistan, they warmly welcomed all Hindus and Sikh refugees at the Karol Bagh campus, who had come from Pakistan. Many refugee children were even hosted at the Okhla campus. Thus, Jamia and its Vice-Chancellor Dr Zakir Husain presented an exemplary tolerant and nationalist Indian face of Islam. 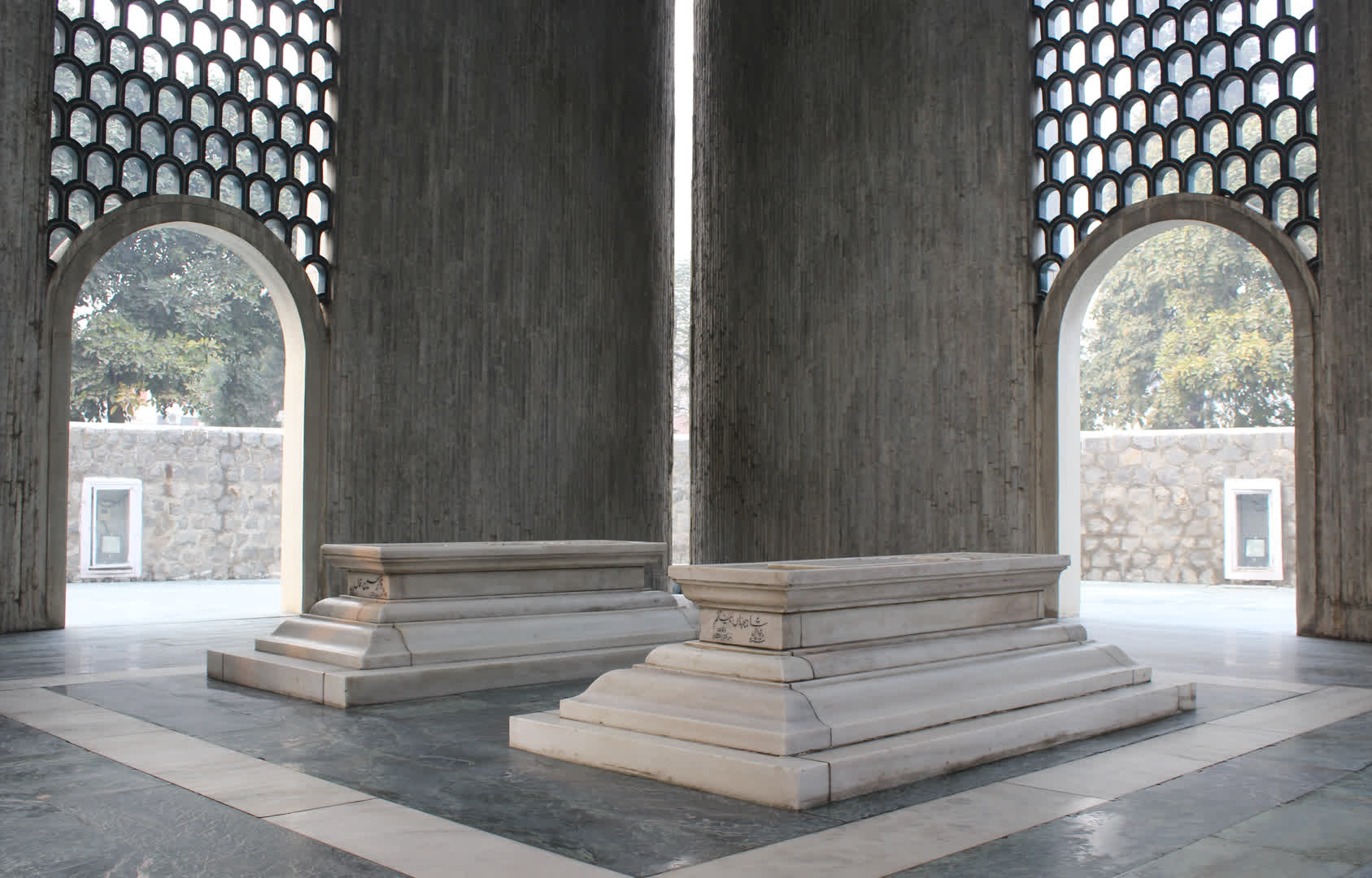 But Jamia, which was denied official university status by the British government for obvious reasons, had to wait another 15 years for the same from the University Grants Commission. It was only after a long struggle that it was finally conferred the minority institution in 2011.

The history of Jamia was beautifully summed up by Sarojini Naidu, when she said they “built up the Jamia Millia, stone by stone, and sacrifice by sacrifice”. This university today, continues with its mission- to serve the nation and humanity.

Scindias and the Hindu Right
Gandhi in Noakhali: The Bloody Battle for East Bengal

In Ahmadnagar are a few buildings that are reminders of one of the first homegrown Muslim dynasties in India. Who were they and why should we remember them? Historian Pushkar Sohoni takes us back to the fractious Deccan of the 14th century CE - where the story begins. 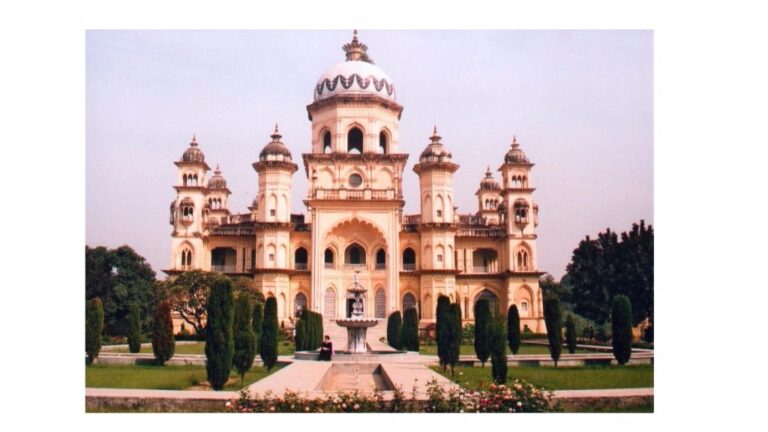