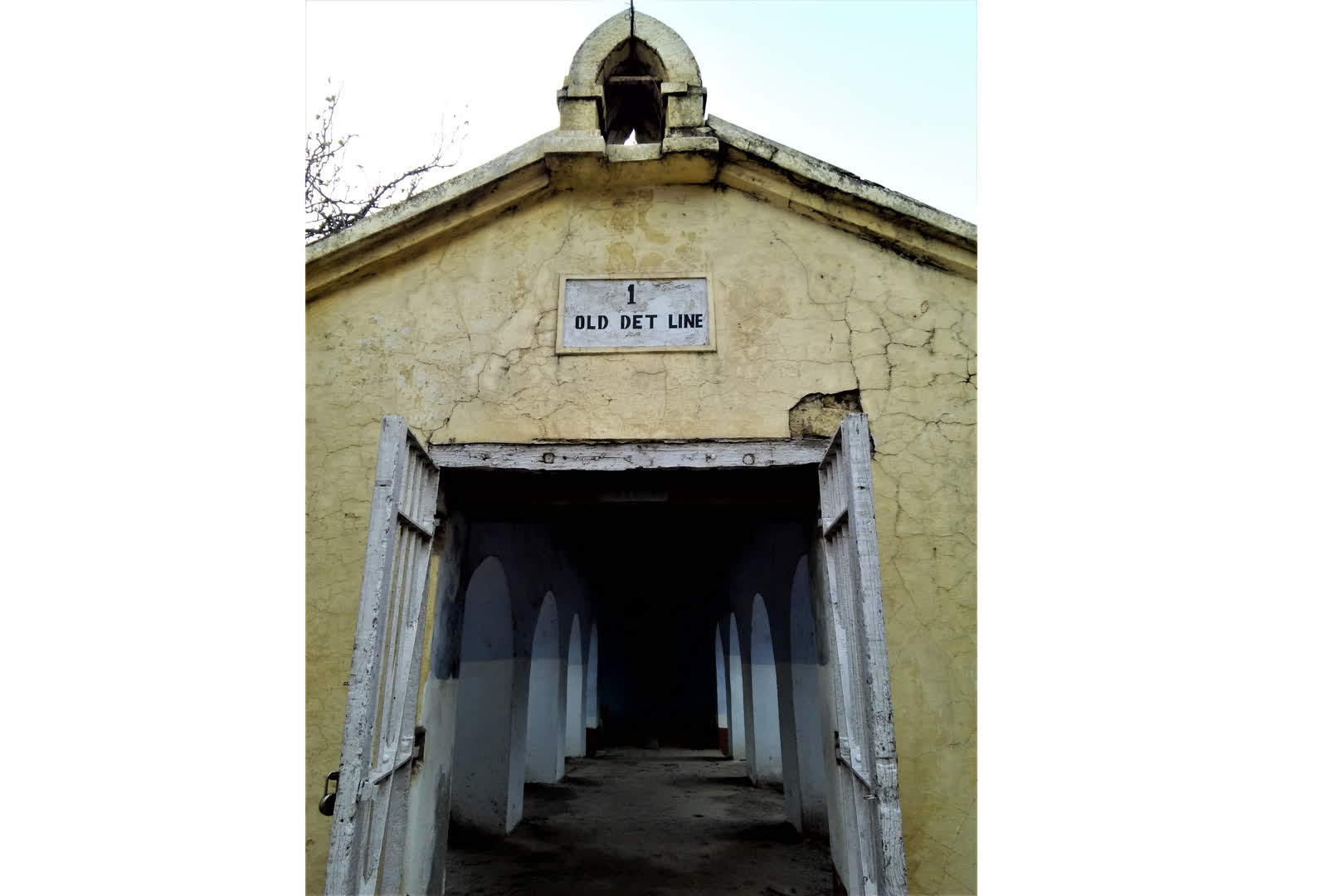 High up in the wooded hills of Himachal Pradesh is a hill station whose peaceful ambience cloaks a violent and bloody secret. This is Dagshai, a sleepy cantonment town not far from Kasauli in Solan district.

Popular legend says the name ‘Dagshai’ comes from ‘Daagh-e-Shahi’, meaning ‘royal stain’ as the Mughals would send hardened criminals to be executed in this hamlet.

On the foreheads of these criminals was a ‘mark’ or stain, which indicated that they were ‘beyond redemption’.

But that is not the tale we’re telling today.  Our story relates to the 19th century, to the Dagshai Central Jail, an indelible blot on the colonial British. In the mid-19th century, the British in India wanted to build a sanatorium for people suffering from tuberculosis in these parts. It was cool here and the climate was perfect for rest and recuperation.

So, in 1847, the British East India Company got five villages from the Maharaja of Patiala, Bhupinder Singh – namely, Dabbi, Badhtalia, Chunawad, Jawag and Dagshai. Due to its strategic location, they developed Dagshai into a cantonment and built the Dagshai Jail here. It was to acquire notoriety due to the barbaric treatment of prisoners, many of whom were political prisoners or rebels who were protesting the actions of the British. 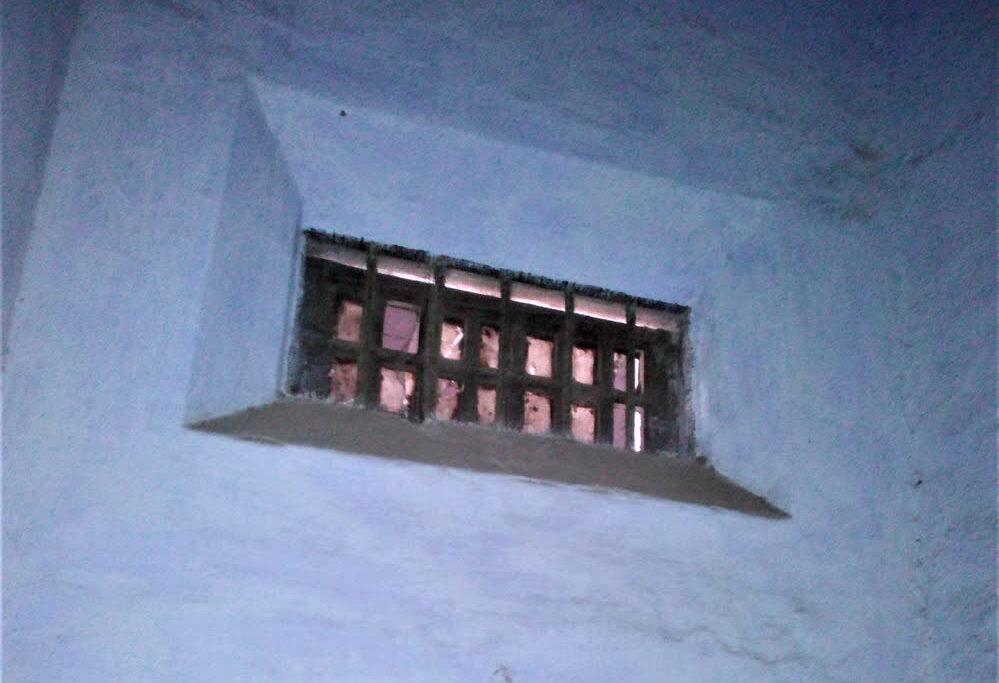 A vent in the dark cell of Dagshai Jail | Author

Dagshai Jail was built in 1847-49 and it included 54 maximum security cells, 16 of them meant for solitary confinement. Terribly cramped and with little or no ventilation or natural light, stories abound about how this affected the mental state of the inmates. 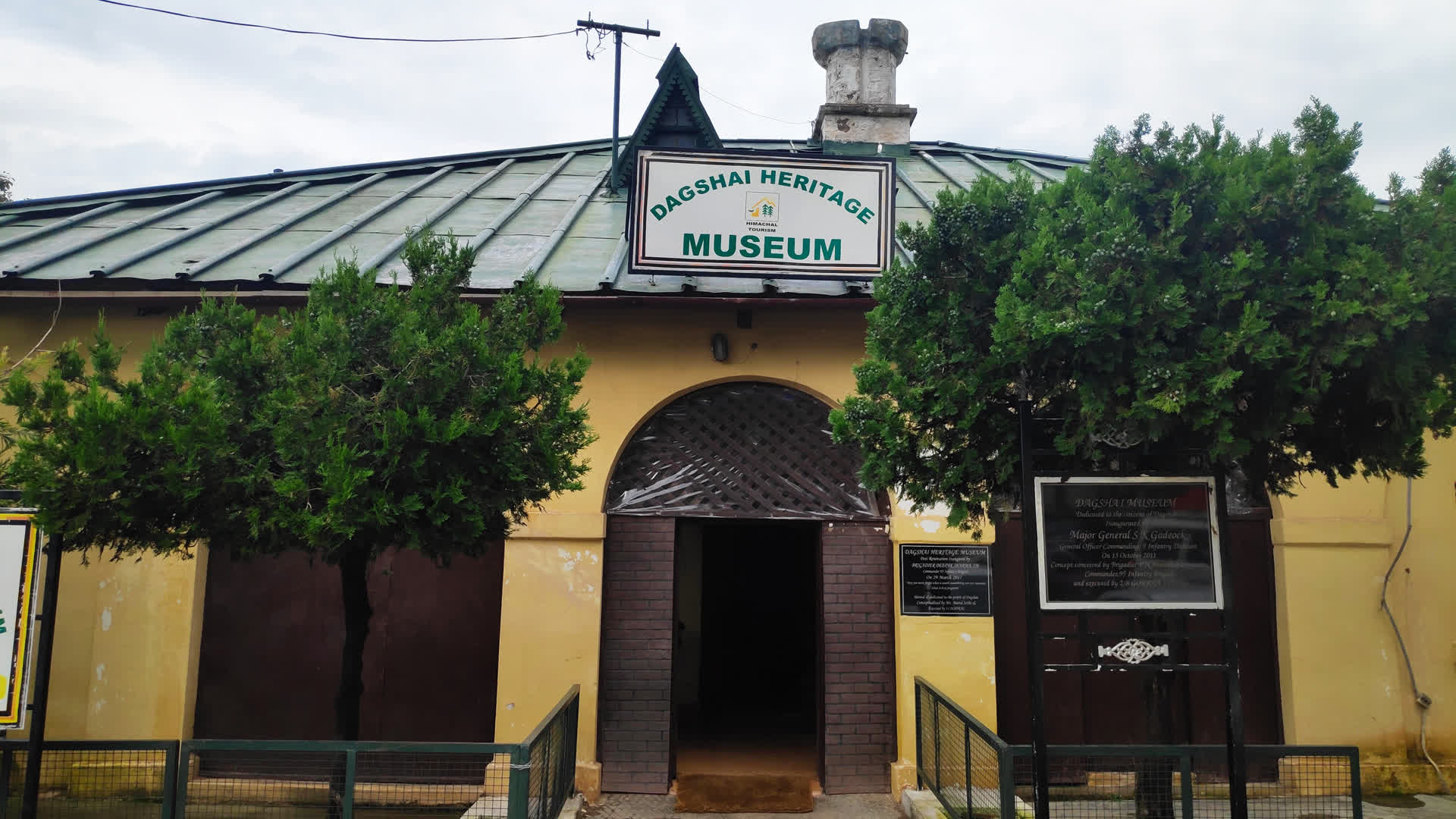 Now the Dagshai Central Jail & Museum, walk its corridors and you will see pictures mounted on its walls, telling its brutal story. A plaque titled ‘Novel Punishment Techniques’ hints at the savage punishment meted out to prisoners. In one such case, the plaque describes that a prisoner was made to stand between the two doors of the cell. Both doors were locked, thus ensuring that the prisoner kept standing between them for hours and depriving him of any rest. 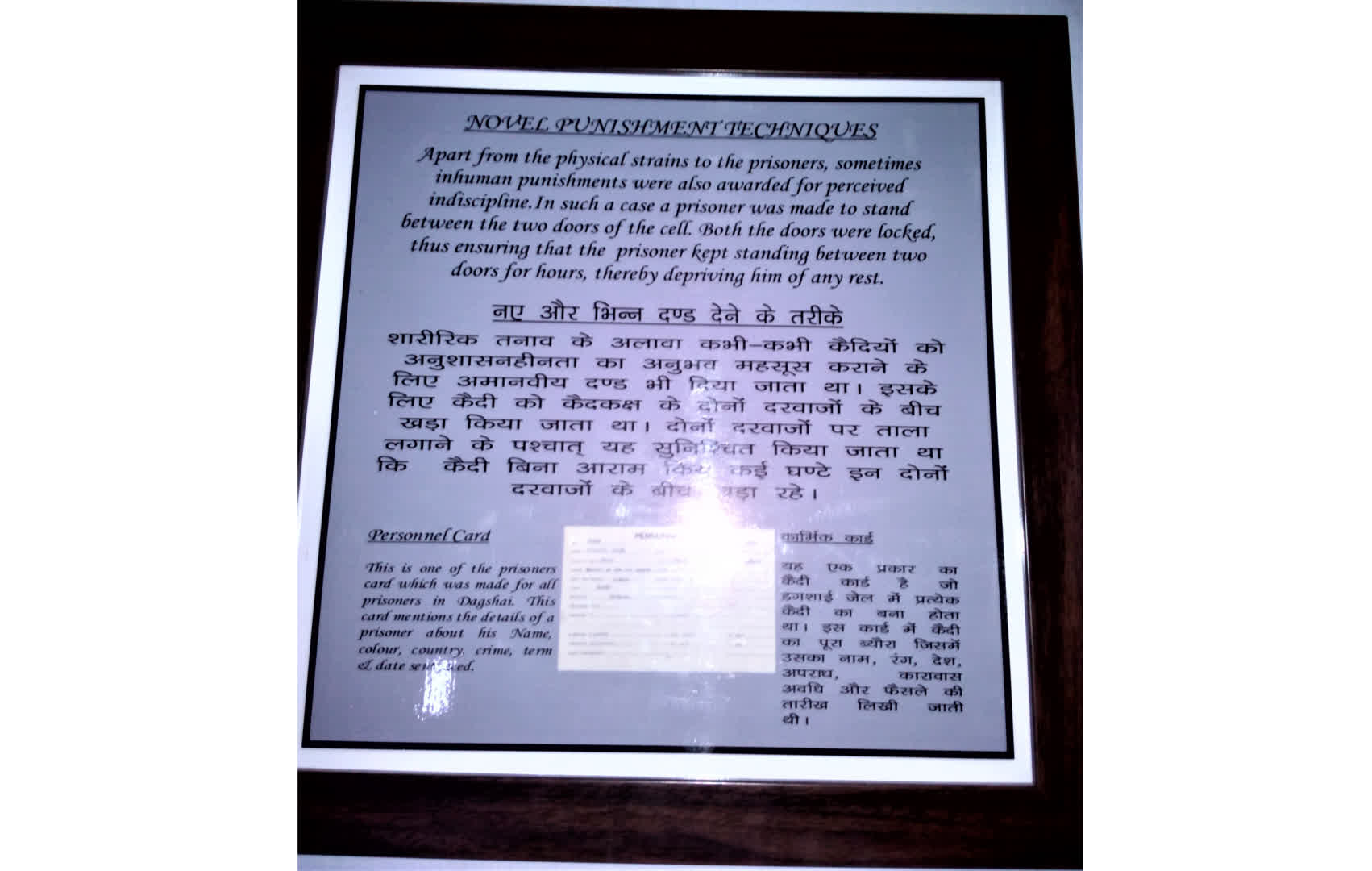 A board depicting the punishment techniques | Author

The caption that describes another photograph depicting the brief history of the jail, tells an equally chilling story: “The Central Jail today stands as testimony to the desire of the British rulers to impose their writ. It came in handy when in 1857, the Gorkhas of the famous Nasiri Regiment, then garrisoned at Kasauli, Subathu and Jutogh, rebelled. After the rebellion had been put down, some Gorkhas were brought to Dagshai, and put up in jail, before being executed.”

Another photograph, explaining the history of the Dagshai Cantonment, betrays the fear that motivated the British to build this cantonment town, a lurking suspicion that the Gorkhas, Sikhs and Afghans would wage wars against the British. It says, “The sole motive of creating a cantonment was the tactical necessity of keeping a watch on possible ‘trouble makers’ amongst the chieftains and rulers of the hilly and neighbouring areas.”

The early 20th century marked a turning point, for the Indian Nationalist Movement, and saw a fresh wave of nationalism. During this time, three historical events rocked the small cantonment town of Dagshai.

Budge Budge Riot: In 1914, Baba Gurdit Singh boarded the Komagata Maru, a Japanese ship, bound for Canada. With him were 350 Sikhs and former army men who were seeking resettlement in Canada, which was then a British colony. Singh was aware of the racist, exclusion laws in Canada, which barred entry to those of Asian origin. He wanted to challenge these laws.

The Canadian government was aware that many on board the ship were Indian nationalists with ties to the Ghadar Party and it did not allow them to disembark. Once they returned to Calcutta, many of the passengers were arrested. What followed was the Budge Budge riot, in which around 20 nationalists who were on the ship, were shot dead in police firing. The British justified their actions by claiming that the Indians on the ship were ‘lawbreakers’ and ‘dangerous political agitators’. 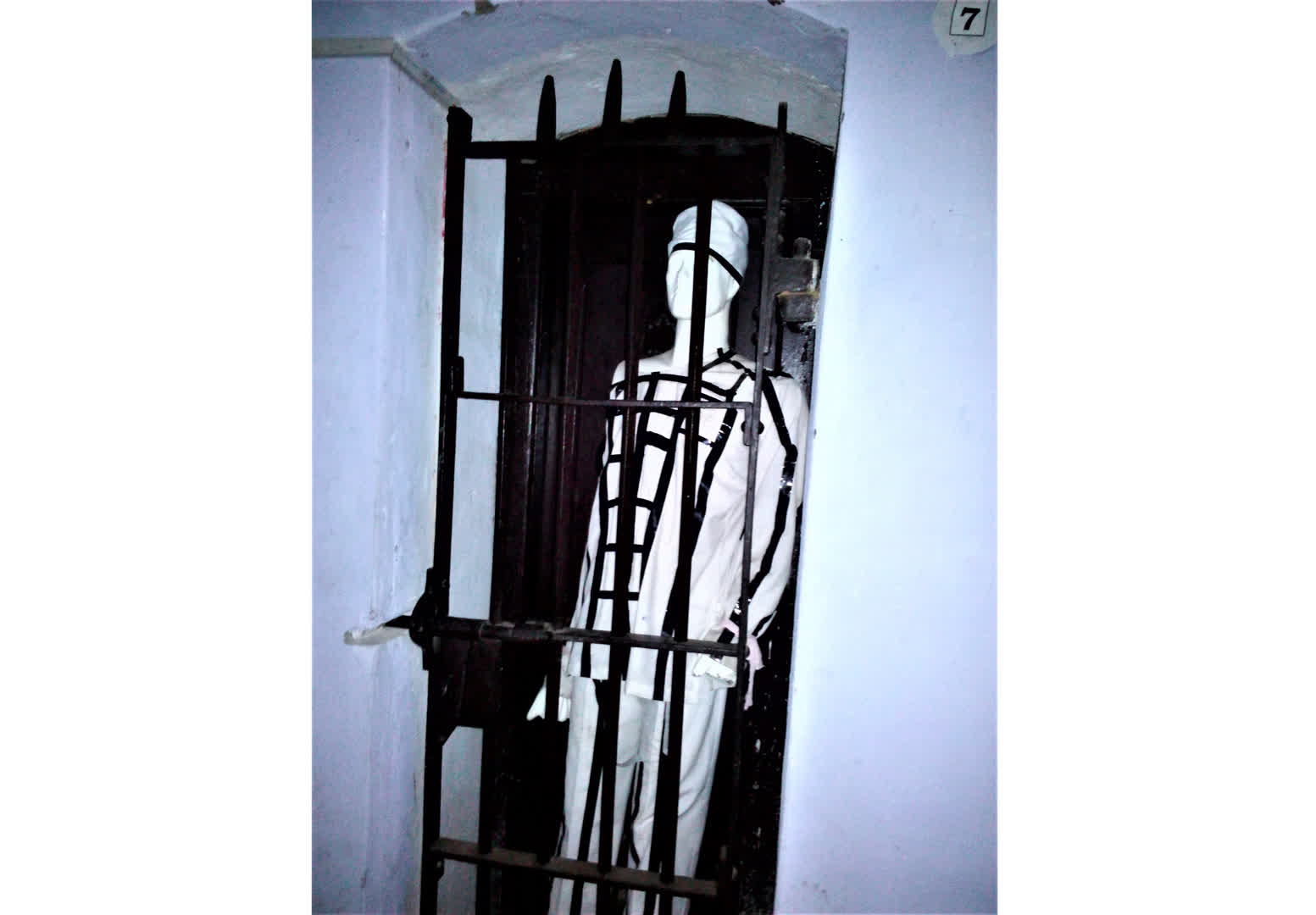 Photographs from the Dagshai jail museum tell of how four of these men were executed at the Dagshai Gallows House.

Ghadar Martyrs: Another forgotten chapter in the history of Dagshai Jail involves the martyrdom of the Sikh soldiers of the 23rd Cavalry. May 13, 1915, saw these Sikh soldiers being shipped off to the war front. Earlier, they were stationed at the Nagaon Cantonment. At the railway station, Dafedar Wadhwa Singh’s luggage fell over and a grenade that had been packed inside exploded.

When the authorities searched their baggage, more grenades were found. With their connection with the Ghadar Party exposed, the soldiers were court-martialled in Dagshai. Of these, 12 were handed the death sentence and executed by a firing squad while six of them were transported to the jail in the Andaman Islands meant for political prisoners.

Irish Rebels: On 27th June 1920, a company of the Connaught Rangers stationed in Jalandhar rebelled and refused to carry out their duties. They were protesting the actions of the British Army in Ireland.

Around 200 miles away, a part of the regiment based in Solan joined them, with 22-year-old Private James Daly acting as their leader. He paraded outside the officers’ mess, stating that he was the leader and that this parade was his “protest against British atrocities in Ireland”. Initially, the rebellion was peaceful as the men sang Irish nationalist songs. But the matter escalated when two Irish soldiers were killed.

Following this, 75 of the rebel soldiers were imprisoned in Dagshai Jail, where one of them died due to the harsh conditions. In September, the rebels were court-martialled – 14 men were sentenced to death and the rest were awarded life imprisonment. Later, 13 of the death sentences were commuted to life imprisonment. 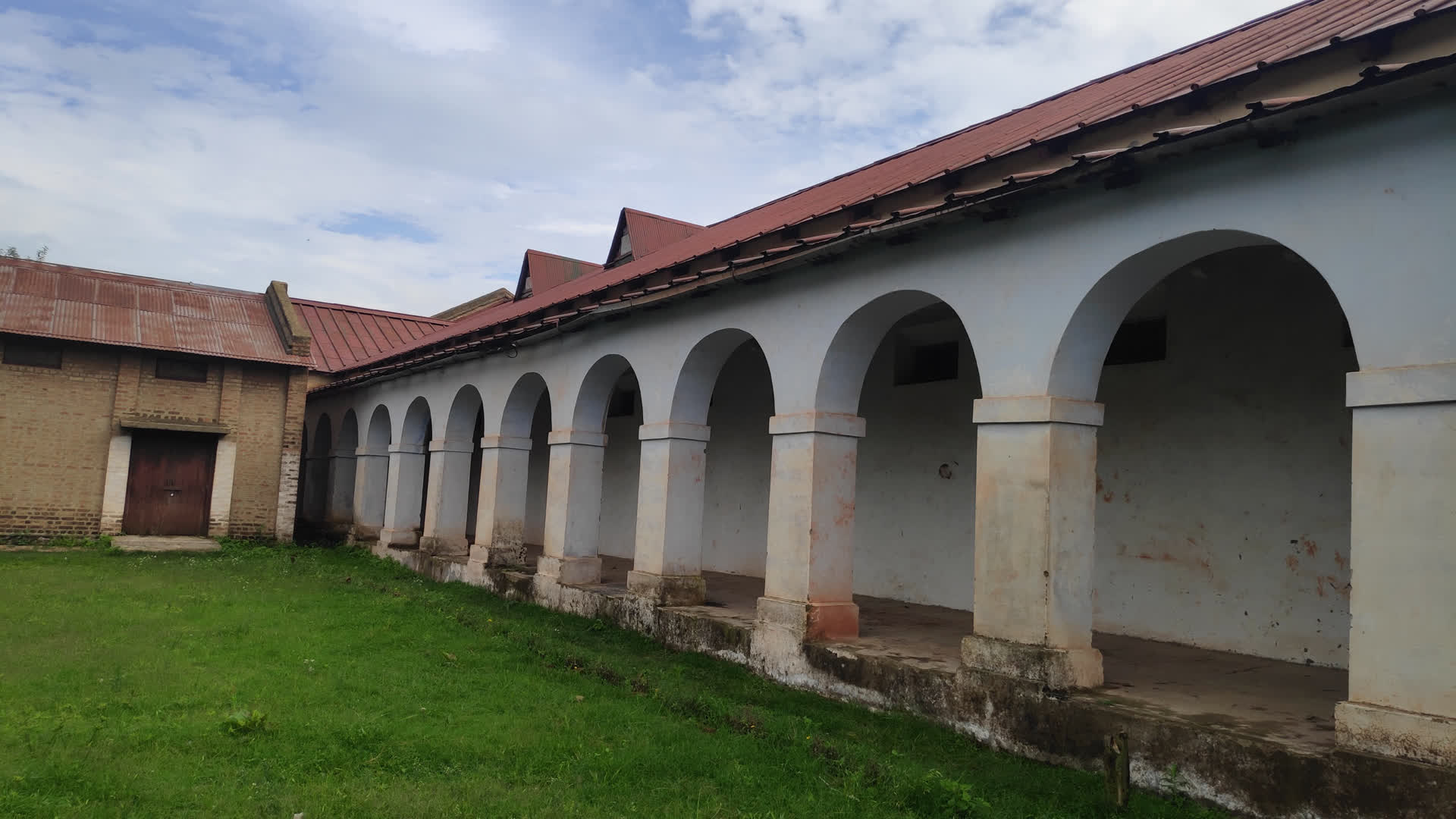 Inside the jail | Wikimedia Commons

On 2nd November, Daly was executed by a firing squad. In his courageous last letter to his mother, he wrote, “It is all for Ireland. I am not afraid to die.”  He was buried at the Dagshai graveyard until 1970, when his remains were repatriated to Ireland, where he was given a funeral with full military honours.

Before the Irish soldiers were executed at the jail, Mahatma Gandhi visited the premises to meet them. He spent a night inside the jail, in a show of solidarity. In an ironic twist of fate, Gandhi’s assassin Nathuram Godse is said to have been brought to this prison before being transferred and eventually executed in Ambala Central Jail in 1949.

Dagshai does not get many visitors and, believe it nor not, that has nothing to do with the spooky tale of Mary Rebecca Weston’s wandering, restless spirit. In the Anglican cemetery nearby is the grave of this Englishwoman, who died in the eighth month of her pregnancy.

Over time, many stories attached to this beautiful grave, which acquired the name Mem ki Qabr (the Englishwoman’s Grave). Its tombstone is a carving of an angel showering petals on a woman in repose, a baby in her lap.

Somewhere down the line, people came to believe that childless couples who possessed a piece of the tombstone would conceive. A miracle would manifest itself as it did for a childless Weston, who conceived after she was given an amulet by a mystic. 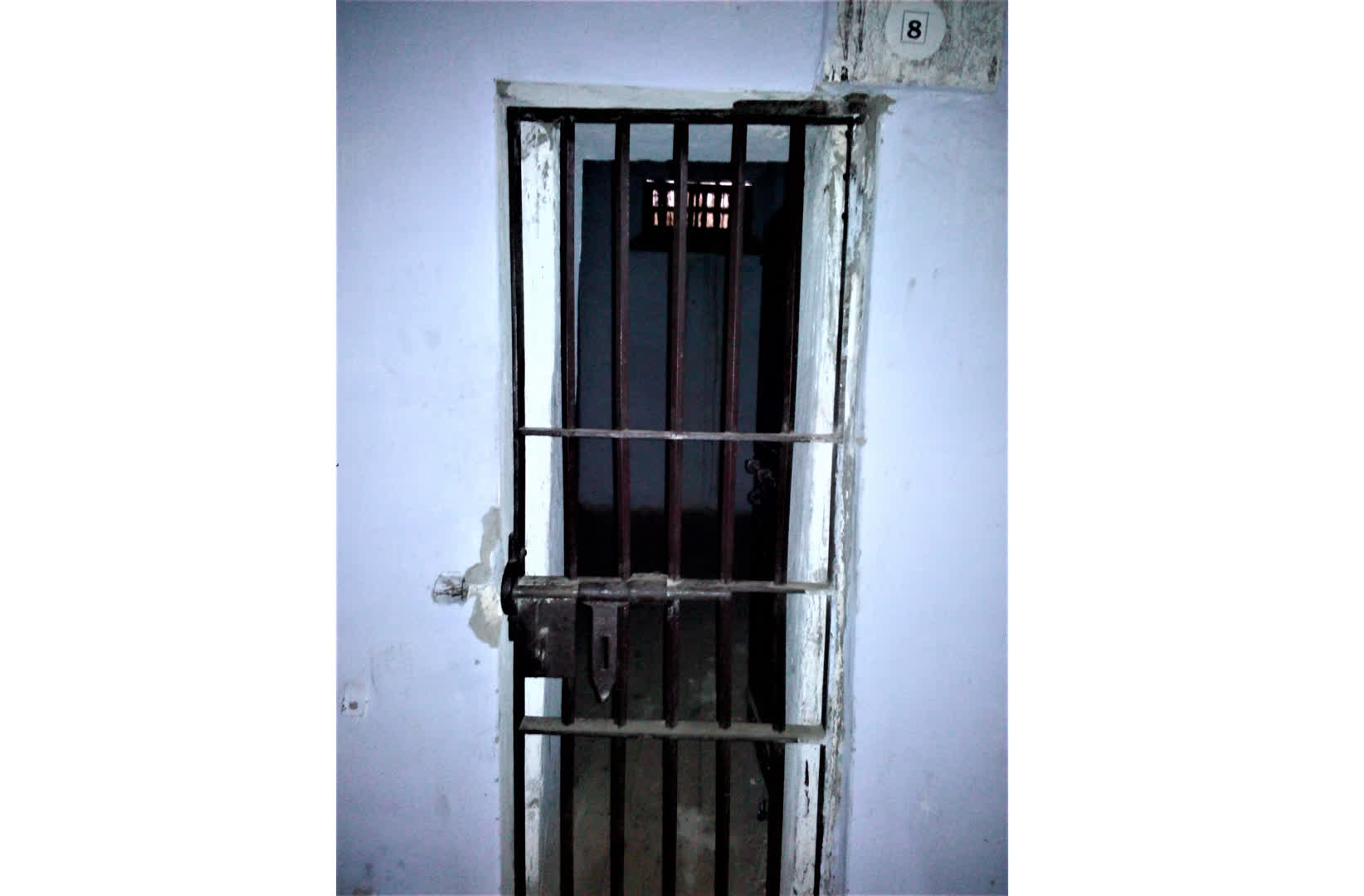 Tales like these tend to add an element of folklore to places like Dagshai but they cannot erase the stories of brutality that echo through the corridors and cells of its prison. 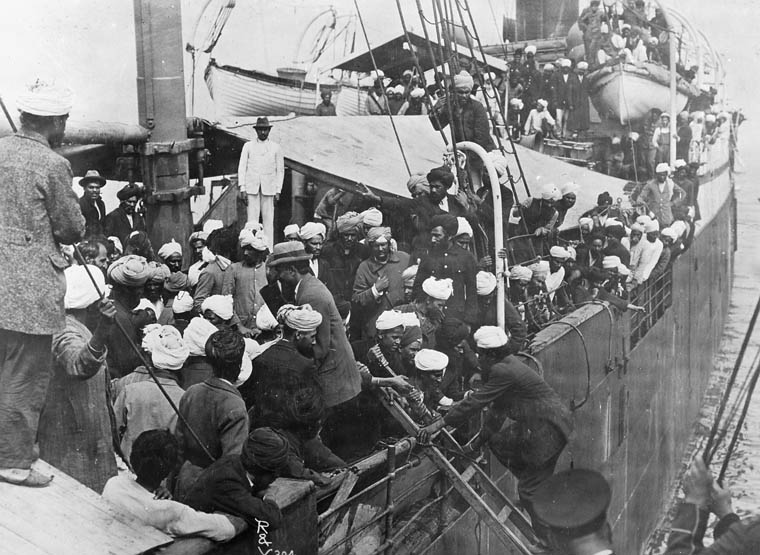 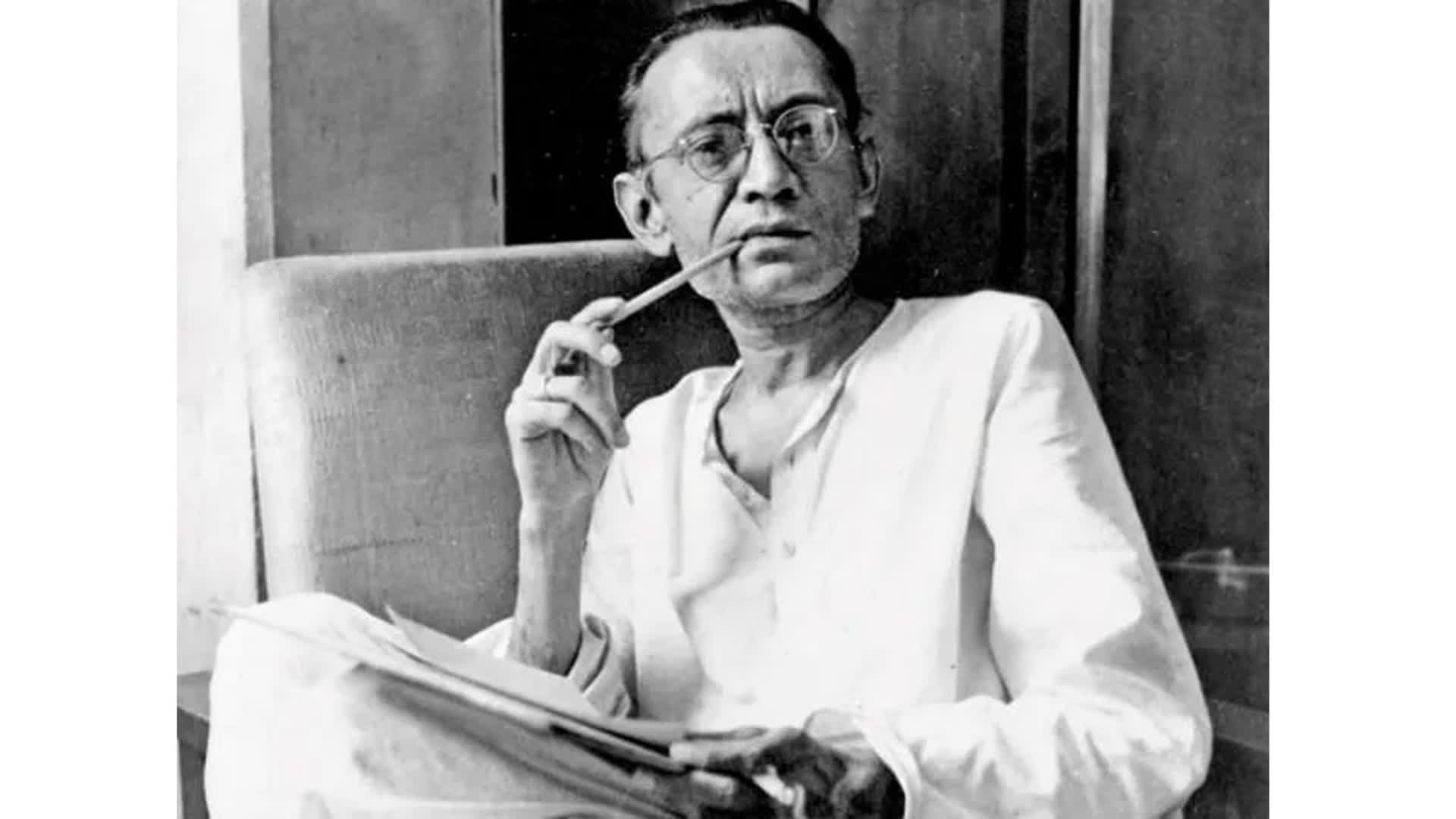 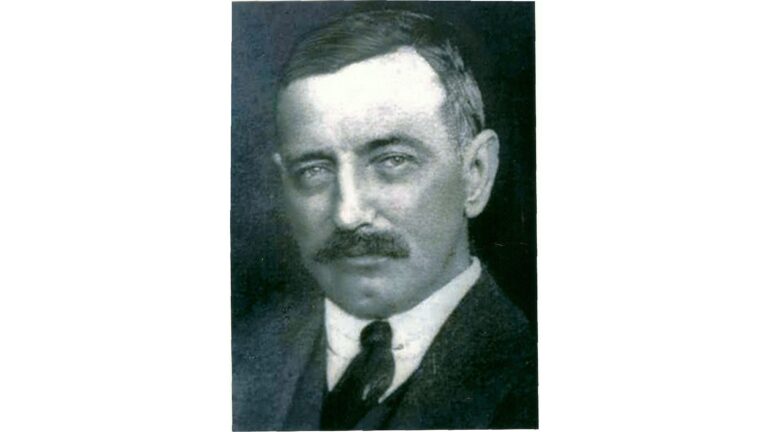 Rubber is one of Kerala’s more high-profile cash crops and its plantations are a way of life for hundreds of thousands of people. Catch the story of J J Murphy, an adventurous Irish planter and entrepreneur who kicked off the rubber revolution in Kerala 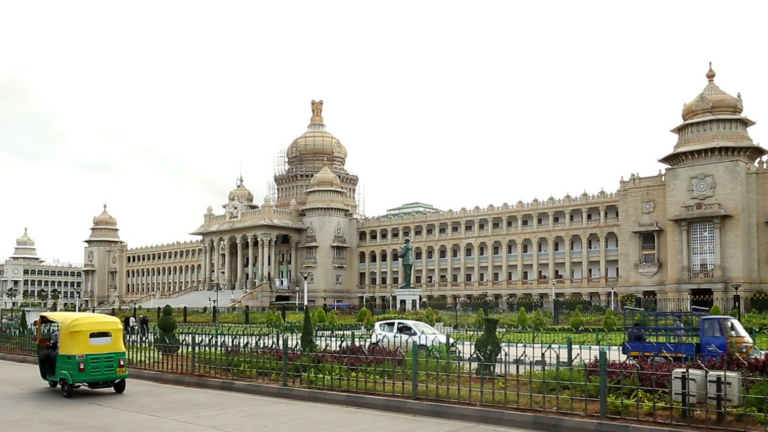 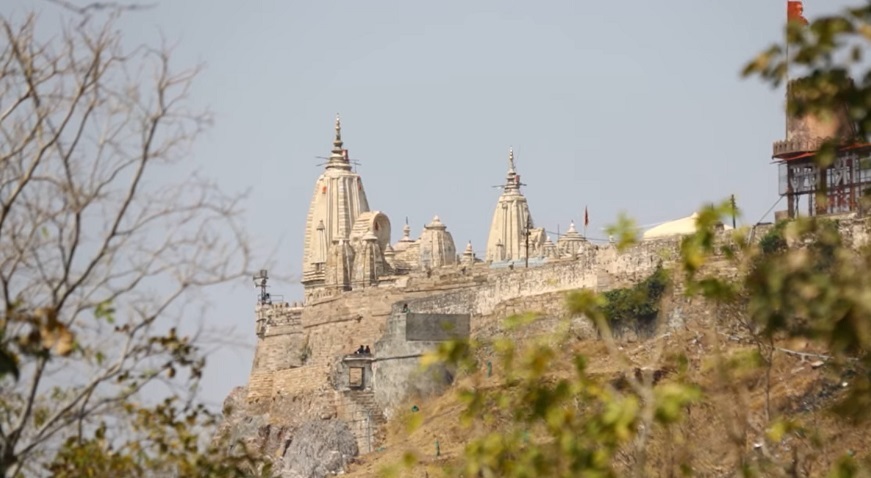