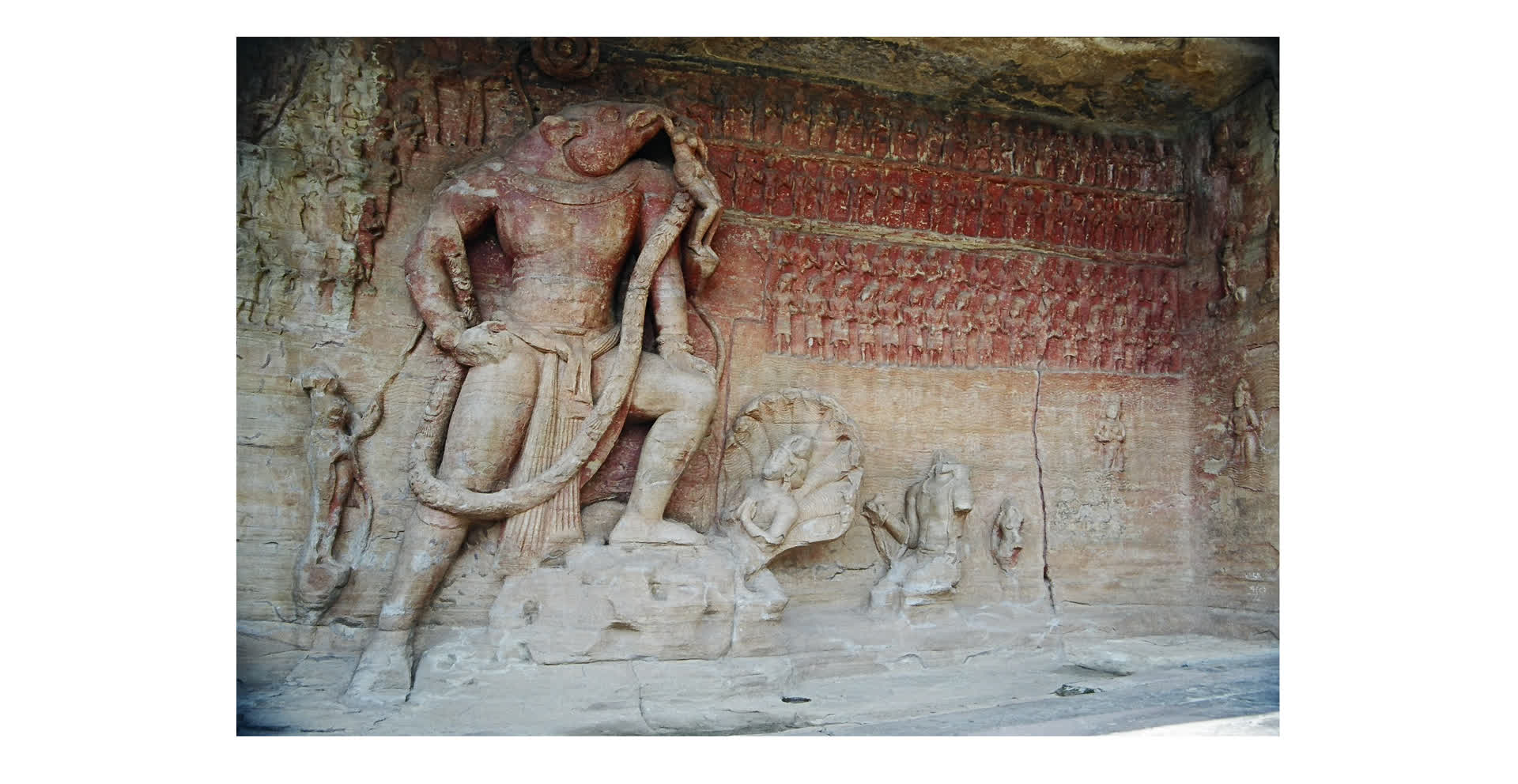 How Varaha Rescued The Earth

Most of us know Varaha as the third avatar of Lord Vishnu, when he took the form of a boar. But Varaha is, in fact, a fascinating part of Hindu mythology with a remarkable tale. He is deeply connected to the legend of creation since he is the one who rescued the Earth Goddess or Bhudevi. This is an important episode in Vaishnavism and is depicted and celebrated in temples across India.

Most of the major religions in the world have a creation myth associated with a flood but few realise that even Hinduism has one. The Earth Goddess Bhudevi was captured by the demon Hiranayaksha and trapped in the cosmic waters when Vishnu took the form of a divine boar and rescued her after battling the demon for a thousand years. Explore with us the tale of Varaha, the third avatar of Vishnu. 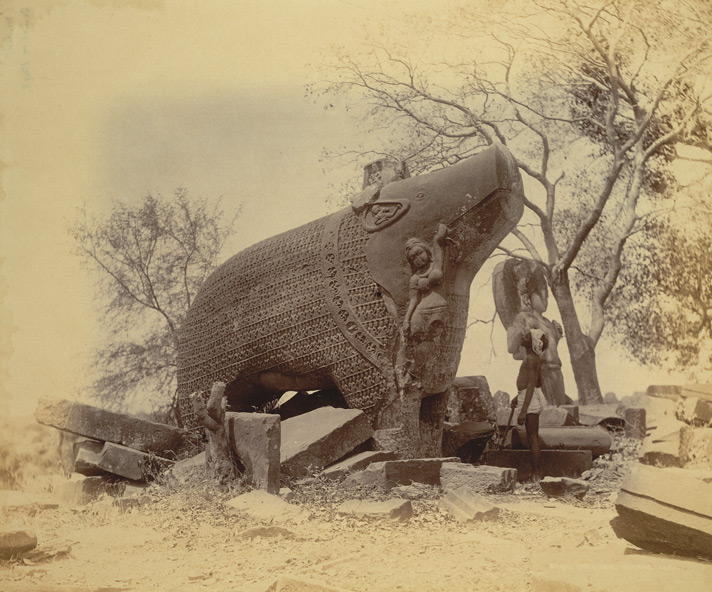 Although associated with Vishnu, the earliest reference to the divine boar is as a form of Brahma. According to a story in the Taittriya Aranyaka and the Shatapatha Brahmana, the universe was originally water and the earth and was only as big as the span of the human hand. Brahma took the form of a boar, Ermusha, and lifted his spouse (bhu), the Earth, out of the water.

The boar is said to have emerged from the nostril of Brahma and grown, first to the size of an elephant, then a mountain and finally into 10 yojanas (a yojana is said to be between 6 and 15 km) in width and 1,000 yojanas in height, before lifting the Earth out of the water.

The most well-known story of Varaha, however, is as the avatar of Vishnu and is told in the epics and in many of the Puranas like the Vayu Purana and Vishnu Purana but with slight variations. According to the legend, two gatekeepers of Vishnu turned away four wandering sages, due to which they were cursed to be reborn as asuras. They were then reborn as demon brothers, Hiranayaksha and Hiranakashyap, to the sage Kashyapa and his wife Diti. They practiced intense penance and were granted boons by Brahma. 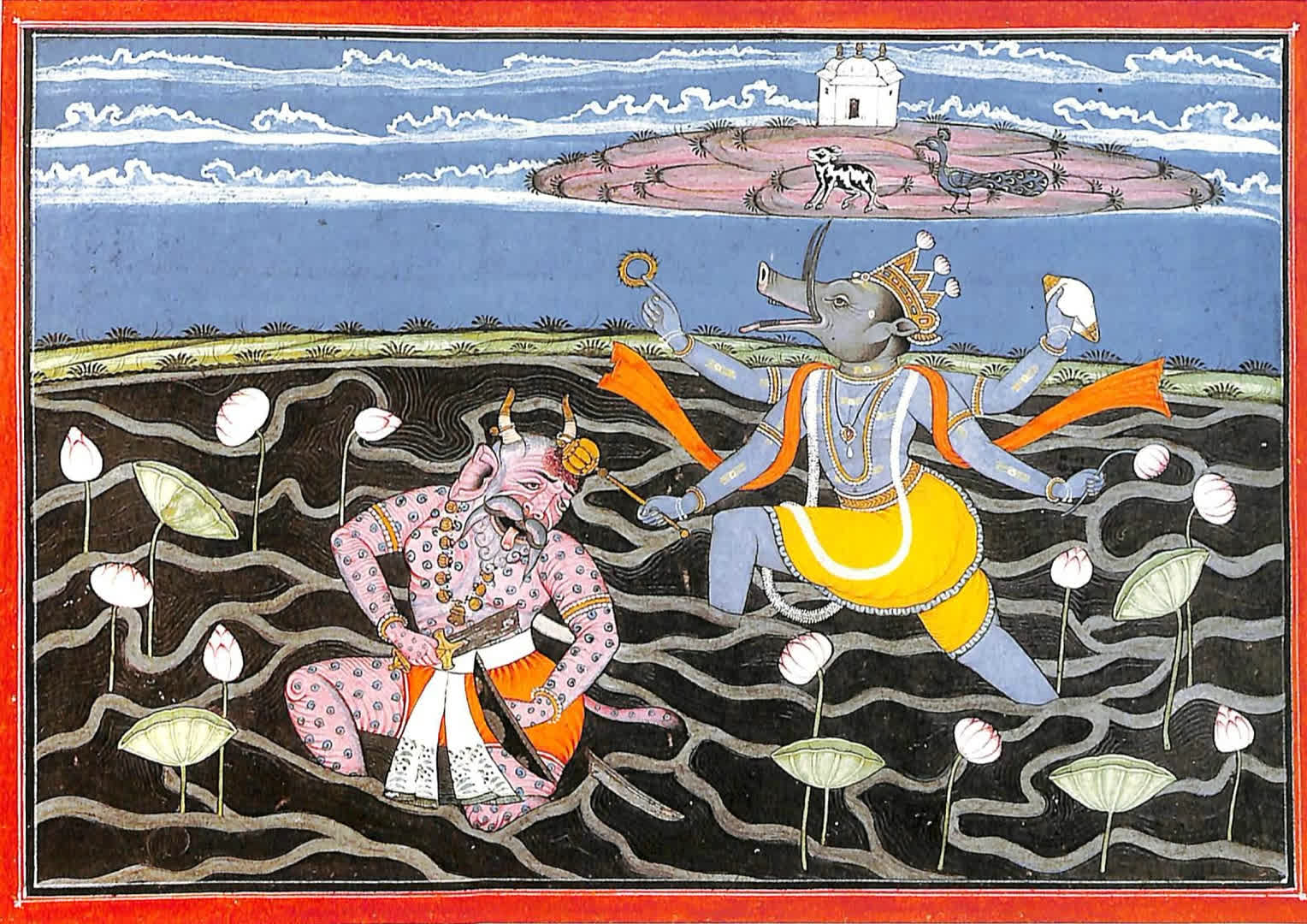 A Chamba painting of Varaha vanquishing Hiranayaksha | Wikimedia Commons
Support Live History India
If you like Live History India`s work, do consider extending support to us. No contribution is too small and it will only take a minute. We thank you for pitching in.
Donate
*Terms and Conditions

Subsequently, they created havoc, and Hiranayaksha captured Bhudevi, the Earth Goddess, and took her into the cosmic waters. On seeing this, Vishnu took the avatar of Varaha to rescue her. Hiranayaksha tried to prevent him and Varaha battled him for a thousand years. Varaha finally vanquished Hiranayaksha and rescued Bhudevi. Later, the fourth avatar of Vishnu, Narasimha, vanquished the other asura brother Hiranakashyap. The fact that these two were vanquished by avatars of Vishnu allowed them to attain salvation.

Varaha worship was significant in Central India during the Gupta period, particularly from the 4th to the 6th century CE. We find many depictions of Varaha from this time. The worship of Varaha was also significant in the South-Eastern part of India as can be seen from the 7th to 8th century CE rock-cut shrine of Varaha at Mahabalipuram. 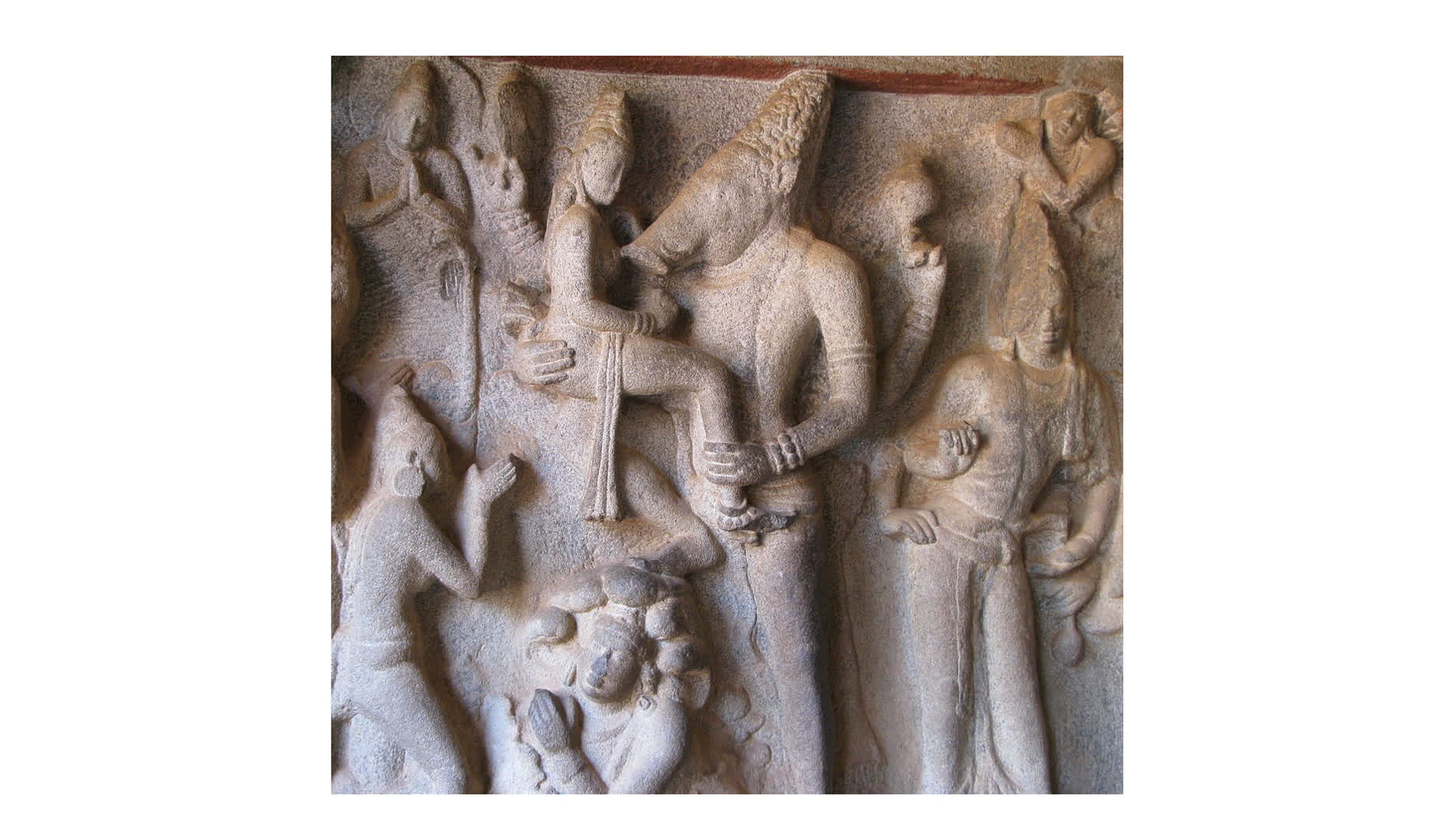 Varaha was a significant part of Kashmir Vaishnavism of the early medieval period as a part of the Vaikuntha Vishnu. There are many temples where he is still worshiped, like the Bhu Varaha Swami Temple in Srimushnam, Tamil Nadu.

Since the most significant legend associated with Varaha is his rescue of the Earth Goddess Bhudevi, almost all his depictions are shown with Bhudevi either holding onto his tusk/snout or sitting in his lap. What is interesting about Varaha is that he is depicted in two distinct ways – one is with the head of a boar and torso of a man, which is called the ‘Naravaraha’, and the other as a wild boar. 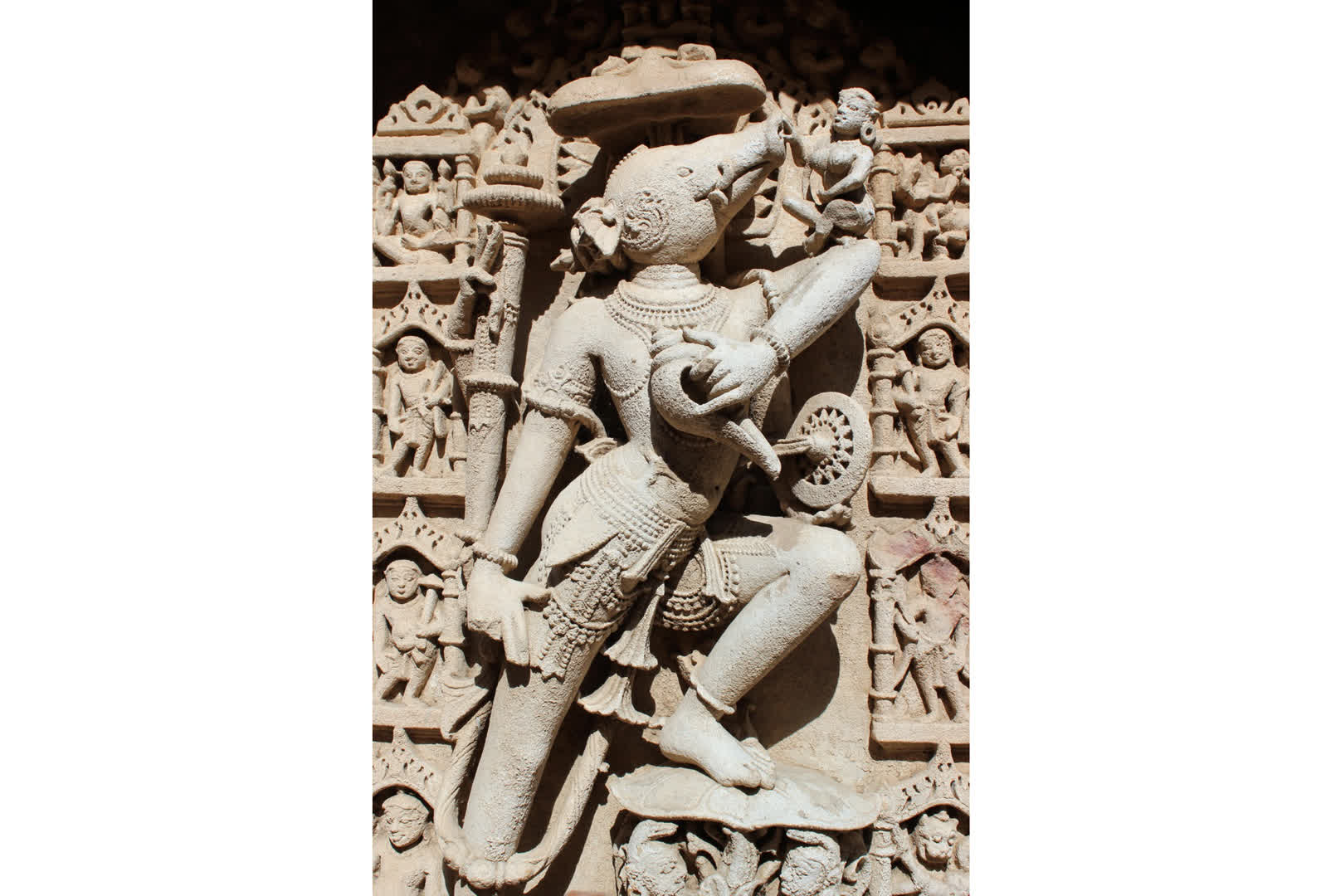 The Varaha at Rani ki Vav at Patan | Wikimedia Commons

The Naravaraha can be seen in a martial pose, with one leg stretched back and the other with a bent knee and Bhudevi holding onto his tusk or snout. He has a strong, muscular build with a dagger at his right hip. He is usually depicted holding the attributes (shankh, chakra, gadha, padma) or abhaya mudra of Vishnu, that is, all four or just two of these depending on the number of arms he is shown with. Bhudevi, who is holding onto him and is suspended in mid-air, is shown with an expression of joy and shyness.

In the wild boar depiction, sometimes stylistic liberties are taken in showing Varaha. The body is heavily carved with gods and goddesses and Bhudevi is shown sitting in front holding his tusk.

According to some legends, Bhudevi became Varaha’s spouse and they had a child called Naraka or Narakasura, who became the lord of Naraka. Hindu dynasties like the three dynasties of Pragjyotisha-Kamarupa (present-day Assam) claim descent from Narakasura. The boar was also the symbol of ruling dynasties like the Chalukyas, Kakatiyas and the Vijayanagara dynasties.

Worship of Varaha and Narsimha (Vishnu’s fourth avatar) is closely intertwined and they are often worshipped together as can be seen in the most popular shrine of Narasimha, the Varaha Lakshmi Narasimha Temple in Simhalan, Andhra Pradesh, where the icon has the head of a boar, the torso of a man and the tail of a lion. The Vaikunth form of Vishnu was also popular in medieval Kashmir. 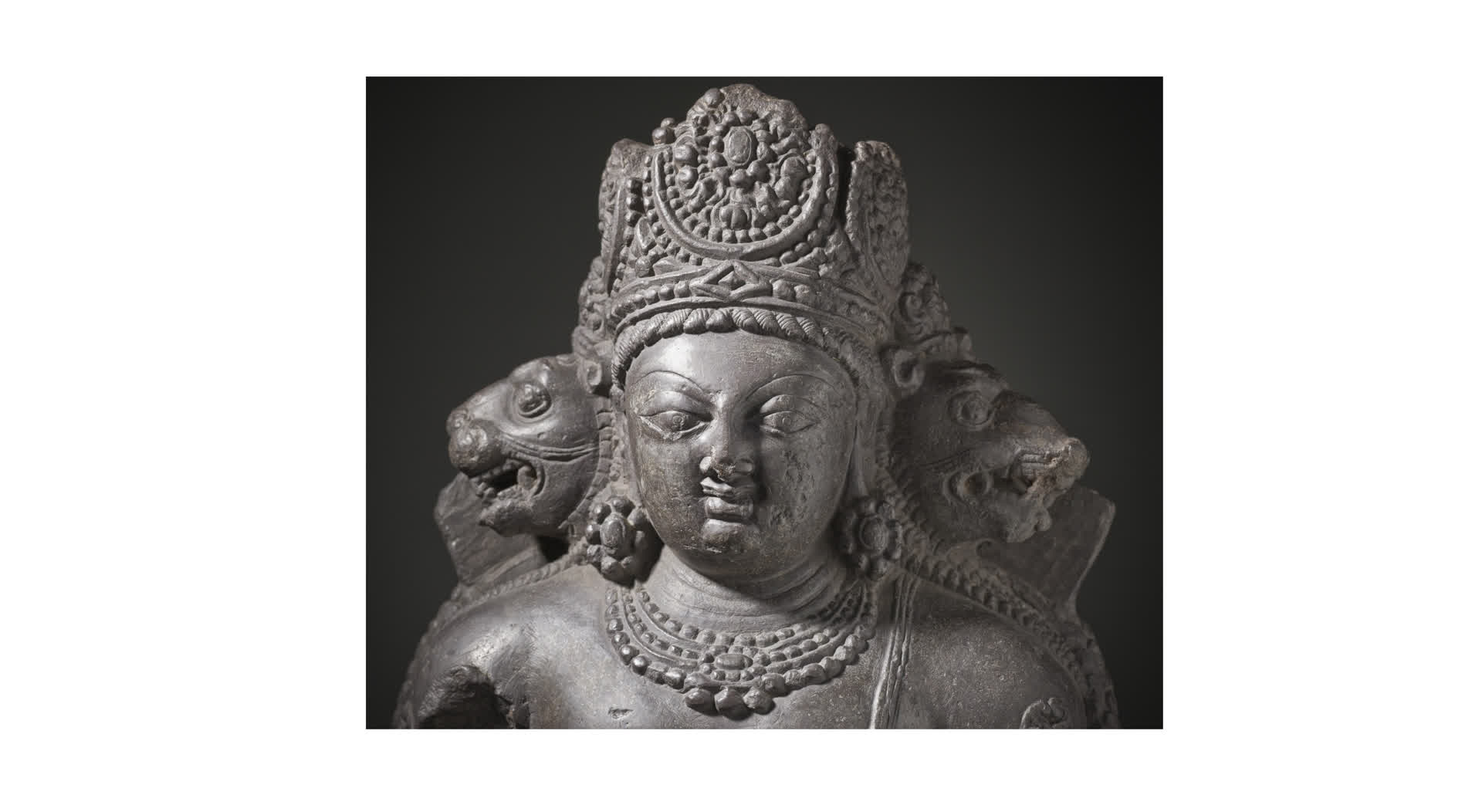 The Vaikunth form of Vishnu has either three or four heads with Vishnu in the centre and Varaha and Narasimha on either side, sometimes with a demon’s head behind. Interestingly, the Vaikunth form is also found in Assam.

The Varaha may not be the most well-known of Vishnu’s avatars but he was one of the most interesting – half-man, half-boar and rescuer of the Earth. 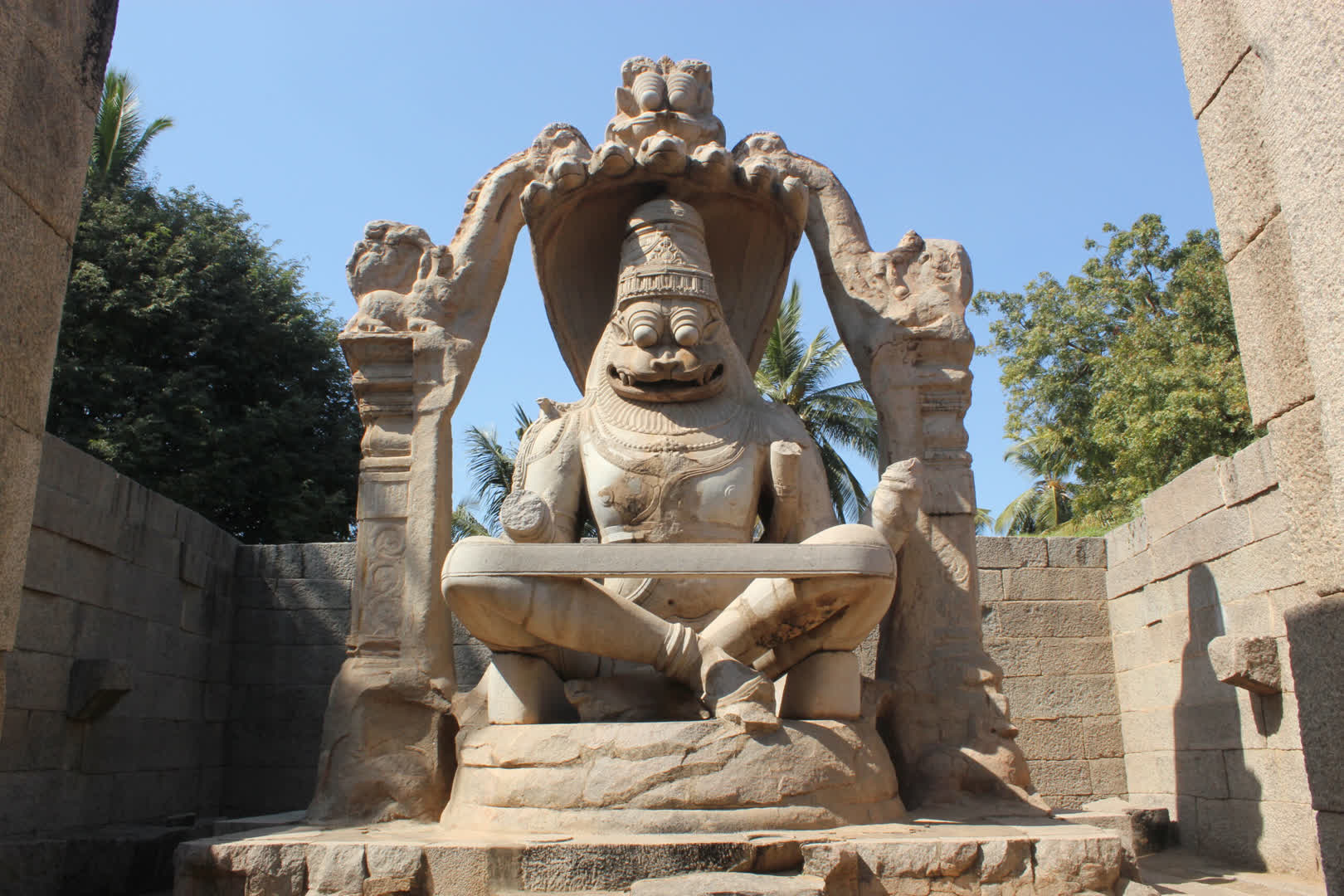 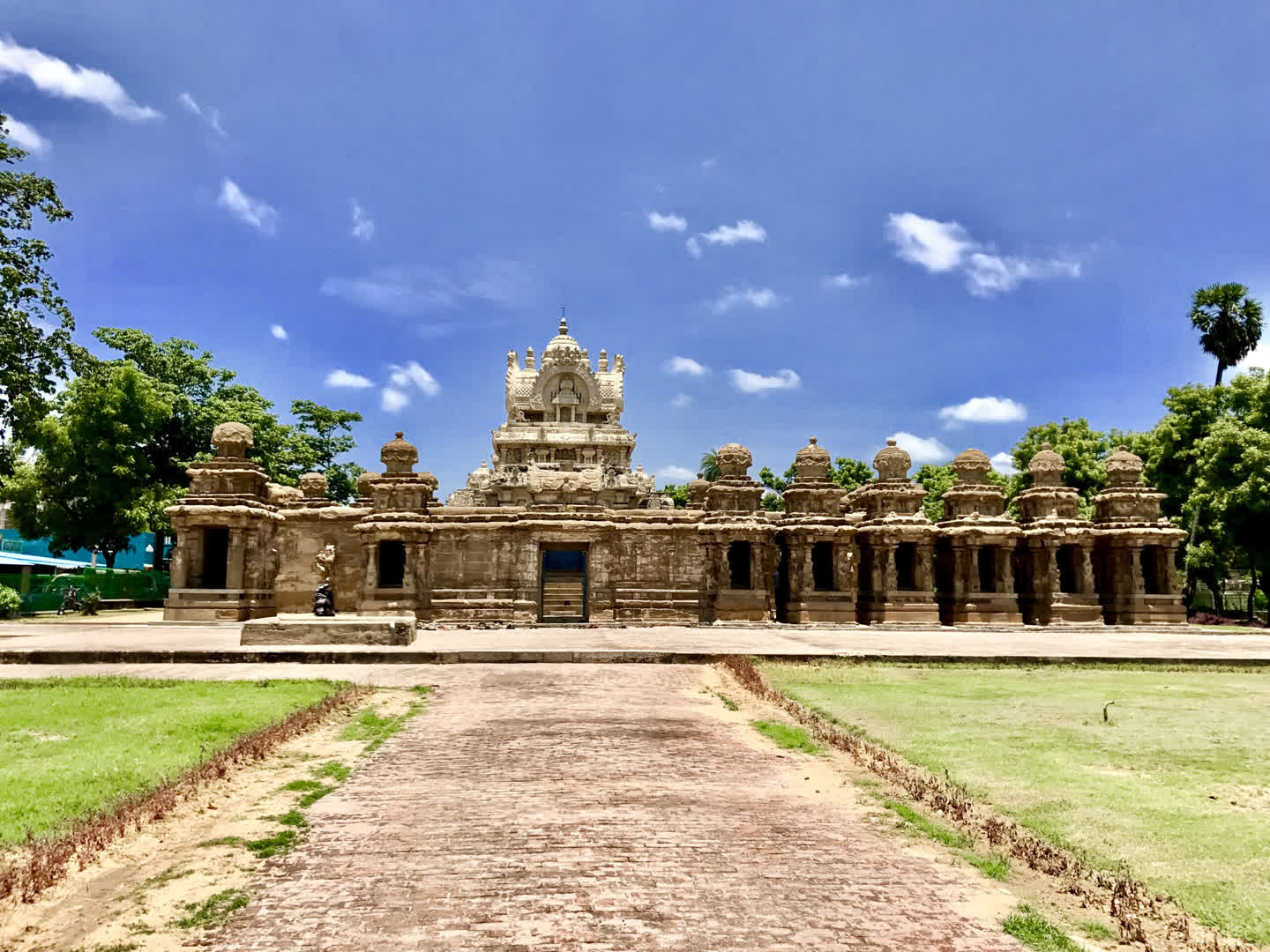 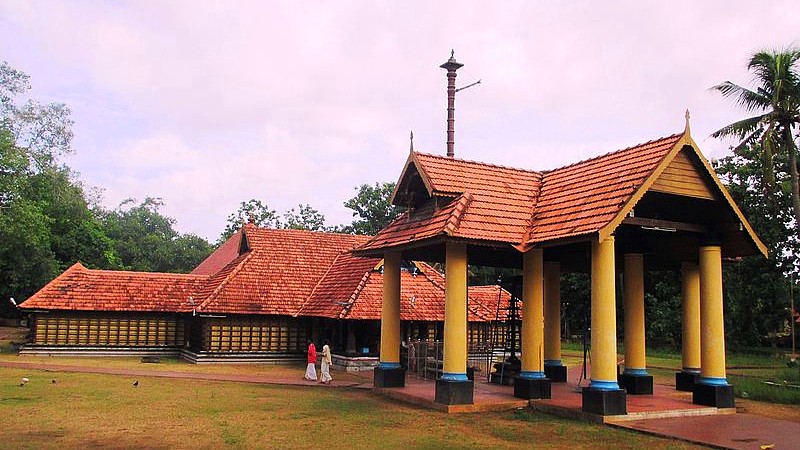 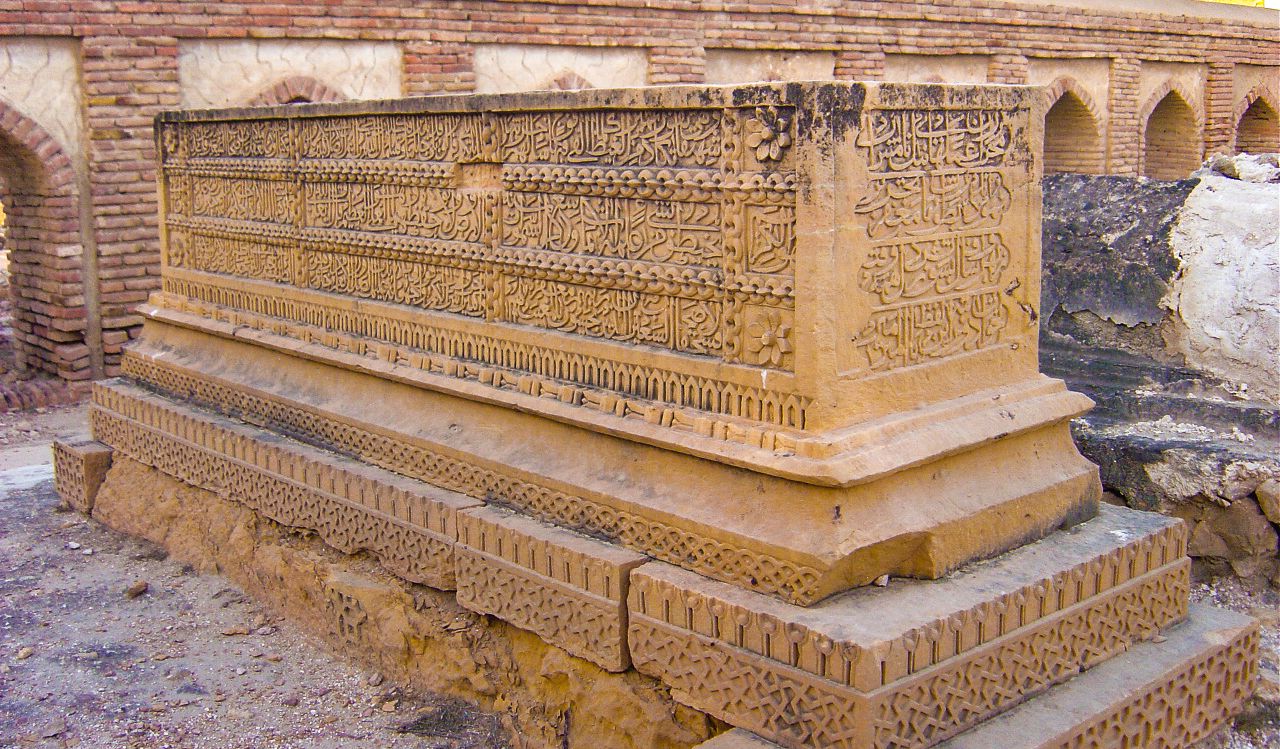 Rising from the chaos of the post-Kushana period, the Guptas built a glorious empire that covered almost two-thirds of the Indian subcontinent. Here’s a glimpse into how these Emperors steered the course of history. 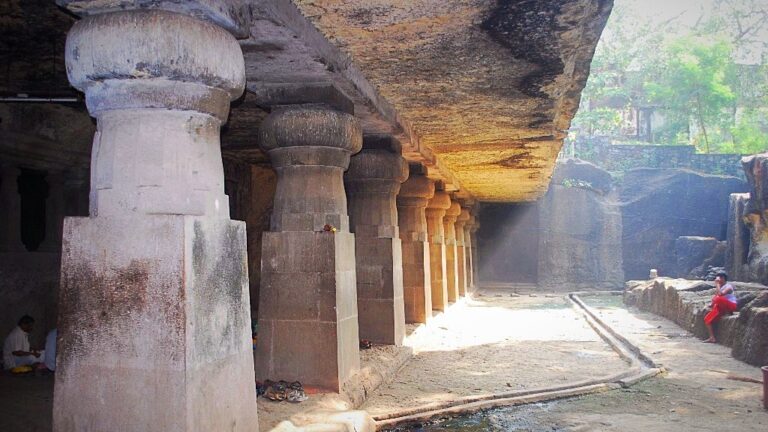 Did you know that many areas of Mumbai - like Juhu, Mahim, Malad and Khar have been around for hundreds of years? We dip into a medieval text to piece together the fascinating story of the lost kingdom of Mahikavati & Mumbai’s pre-European past