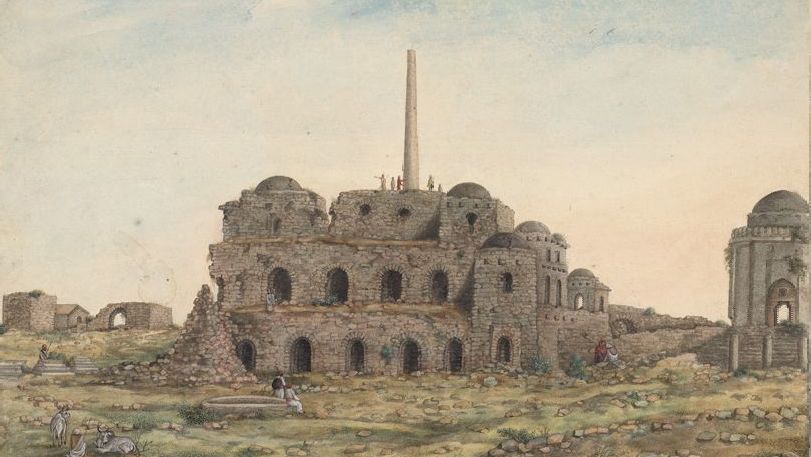 The recent decision to rename Delhi’s famous cricket stadium, the ‘Feroze Shah Kotla Stadium’ to ‘Arun Jaitley Cricket Stadium’ has thrown a spotlight on the least-known of the seven historic cities that make up Delhi – Firuzabad. Built by the Delhi Sultan, Firuz Shah Tughlaq in 1354 CE, the only remnant of it is its ‘kotla’ or ‘inner fortress’, which gives the stadium its name.

Sultan Firuz Shah Tughlaq (1309 – 1388 CE) was the third Sultan of the Tughlaq dynasty and a cousin of the eccentric Sultan Muhammad Bin Tughlaq. The founder of the dynasty Ghiyasuddin Tughlaq had established his rule in 1320, after the fall of the Khilji dynasty due to the intrigues of Malik Kafur. Interestingly, ‘Tughlaq’ was a personal name of Ghiyasuddin, but over time the dynasty came to be called Tughlaqs. His son and successor Muhammad Bin Tughlaq (r. 1325 – 1351) was known as the ‘mad monarch’ for his eccentricities. In 1327, he famously moved the capital from Delhi to Daulatabad and in 1335, moved it back to Delhi.

Firuz Shah Tughlaq ascended the Delhi throne in 1351 CE at the age of 45. The empire was in chaos due to the policies of Muhammad Bin Tughlaq, and Firuz Shah spent the next 37 years on the throne, establishing order and leaving behind a wealthy and prosperous empire. 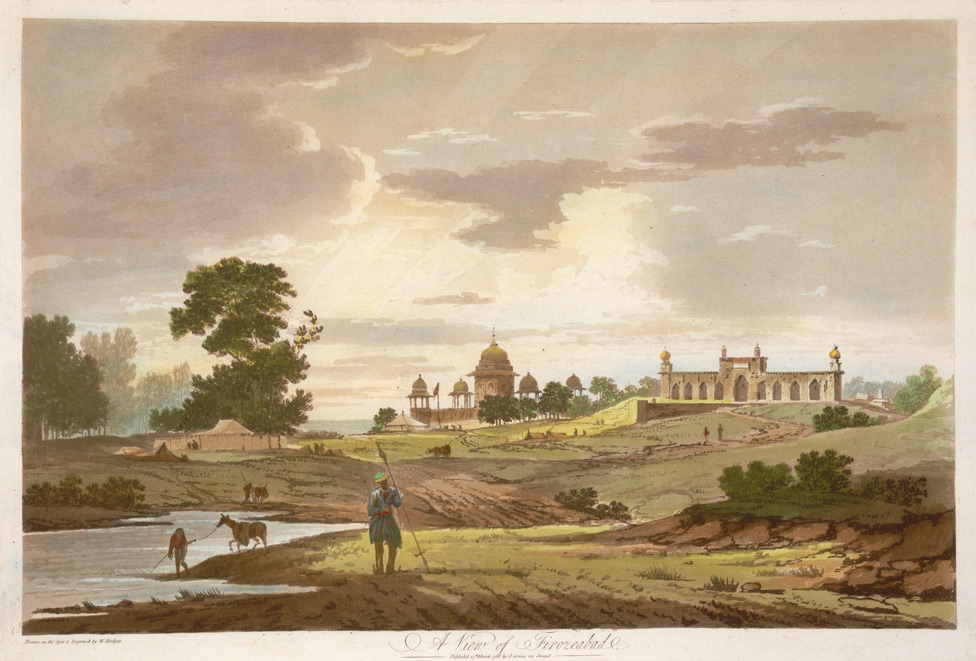 A view of Firuzabad by William Hodges (1787) | British Library

The ‘Tarikh-i-Firuz Shahi’, a contemporary account of the early years of Firuz Shah Tughlaq’s reign, by a 13th century historian Ziauddin Barani (1285–1357 CE), tells us about how life and administration was during those times. Firuz Shah was a sound administrator, who built a number of canals and tanks to encourage agriculture. He also built roads and caravanserais to facilitate trade across the empire. One of his great projects was a great canal that he built, extending from the Yamuna river to the city of Hissar in Haryana. It was the longest canal built in India, in its time. He also banned torture, instituted a large number public welfare programs, and built colleges and schools. During his reign, the Tughlaq Empire peaked in wealth and prosperity.

However, there was also a dark side to his reign. Sultan Firuz Shah Tughlaq was completely in the control of the orthodox ulema, a body of Muslim scholars who are custodians of Muslim law. Under the Sultan, there was ruthless implementation of the Sharia law. He re-imposed the Jizya tax on Hindus, destroyed temples and prosecuted a number of Muslim sects as well. 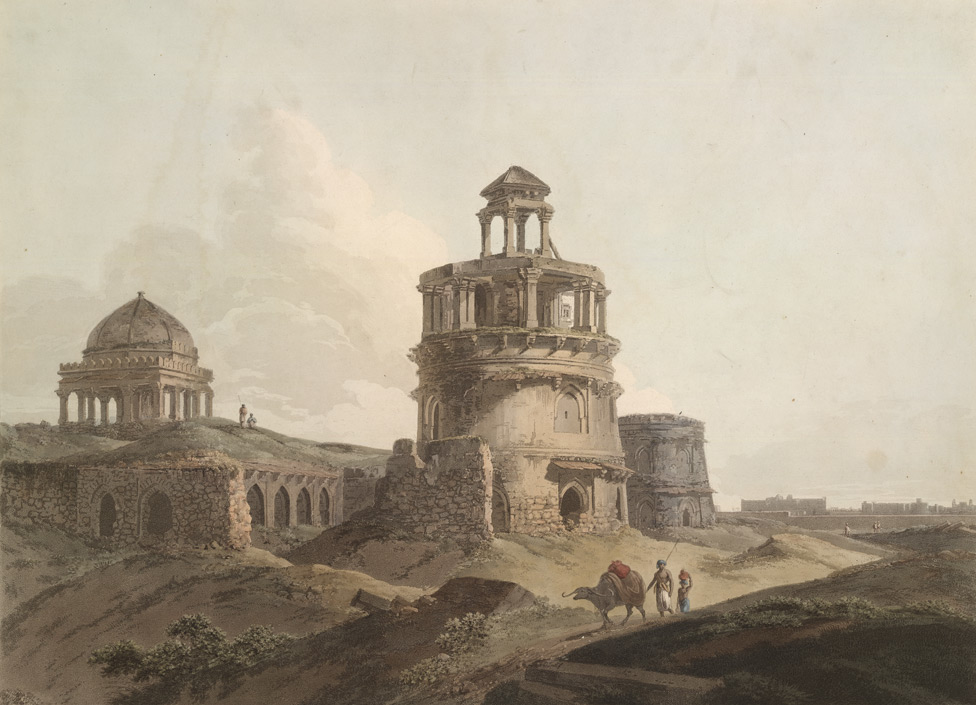 Remains of an Ancient Building near Firoz Shah’s Cotilla, Thomas Daniell (1795) | British Library
Support Live History India
If you like Live History India`s work, do consider extending support to us. No contribution is too small and it will only take a minute. We thank you for pitching in.
Donate
*Terms and Conditions

Firuz Shah was one of the greatest builders in medieval India and is estimated to have built as many as 845 buildings, tombs, sarais, bridges and other public utilities during his reign. He is said to have founded the cities of Ferozepur (Punjab), Hissar and Fatehabad (Haryana) and Jaunpur (Uttar Pradesh). He also built his own capital city near Delhi, which he named ‘Firuzabad’.

Of the seven cities of Delhi, three of them were built by the Tughlaq dynasty – Tughlaqabad by Ghiyasuddin Tughlaq (1320 CE), Jahanpanah by Muhammad Bin Tughlaq (1325 CE) and Firuzabad by Firuz Shah Tughlaq (1354 CE). According to the Delhi Gazetteer, Firuzabad was a large city that extended from the right bank of the Yamuna river, right up to Hauz Khas. It included eight mosques, three palaces and a number of caravanserais.

Another 13th century historian Shams Siraj Afif, in his chronicle, also called Tarikh-i-Firuzshahi, writes about how a new city was established that encompassed the ‘Qasbah of Indarpat’ which historians like Dr Upinder Singh (A History of Ancient and Early Medieval India ) believe could be a reference to ‘Indraprastha’, mentioned in the Mahabharata. Afifi further mentions –

“people used to go from Delhi (Mehrauli) to Firuzabad and from Firuzabad to Delhi in such large numbers that every kos of the five kos distance between the two cities swarmed with people. To accommodate this great traffic, there were public carriers who kept conveyances, camels and horses who were ready for hire at a settled rate”. 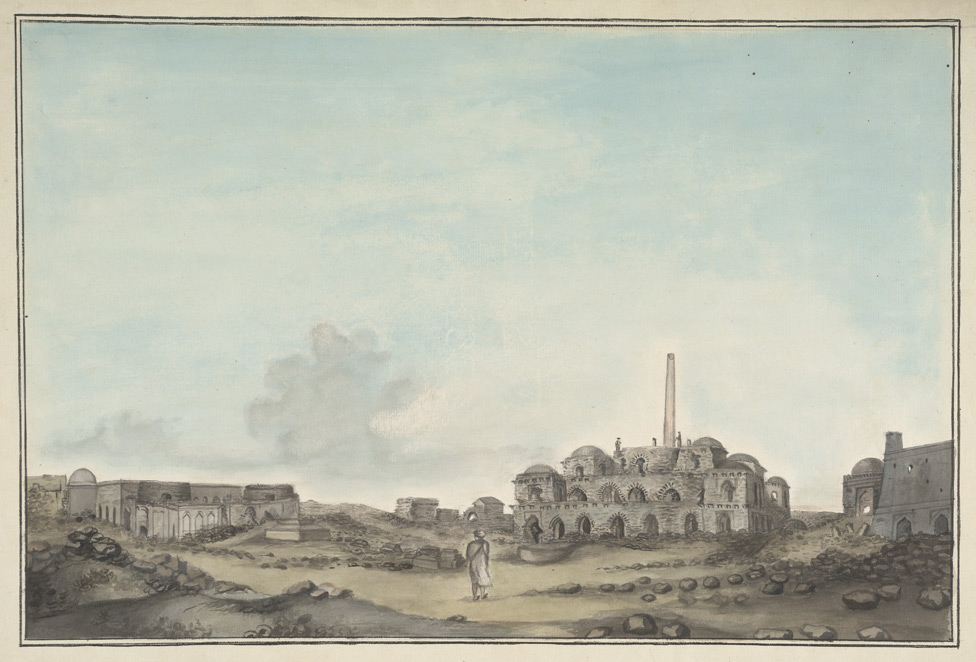 The Kotla with the Ashokan Pillar at the top | British Library

In the heart of the city was the ‘Kotla Firuz Shah’ or the inner citadel. To beautify his city, Sultan Firuz Shah Tughlaq transported two Ashokan Pillars from Kopra (near Ambala) and Meerut, to the city. Apparently, in 1356 CE, Firuz Shah Tughlaq noticed the Ashokan pillar while hunting near Topra Kalan, in the present day Yamunanagar district of Haryana. Believing it to be from the Mahabharata period, he decided to install it on the top of his palace in Firuzabad. On his orders, the pillar was dug out, wrapped in silk and raw hides and transported to Delhi, in a carriage with 42 wheels. This pillar was installed on top of the kotla and a golden dome placed on top of it. This pillar can be seen within the ruins of the kotla even today.

The second pillar from Meerut, was similarly transported and installed at Firuz Shah’s hunting lodge in Delhi’s ridge area. The remains of the second pillar can be seen near the Bara Hindurao Hospital in Delhi. Next to the kotla was a large Jama Masjid praised by a number of contemporary writers like Ziauddin Barani, as well as subsequent invaders like the great conqueror Timur from Central Asia. 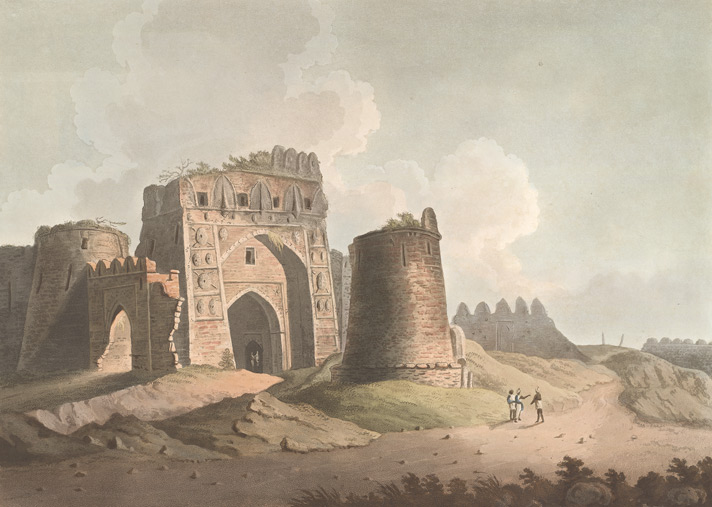 It is hard to imagine now, but the kotla was situated near the banks of the Yamuna. According to Tarikh-i-Firuzshahi, the grandest among the palaces was Mahal-i-Angoor or the Palace of the Grapes. The name should not come as a surprise, as Firuz Shah is said to have established around 1,200 grape farms around Delhi, which brought huge income to the treasury. Firuz Shah is also said to have installed ‘Tas- Ghariya’ or a Public clock, on top of his palace. It was a met cup perforated at the bottom, and which on being placed on a tub of water, would fill up and sink to the bottom after about 24 minutes had elapsed. The public would be informed of this, by beating of a gong, helping them keep a track of time. Firuz Shah also renovated the large tank built by Alauddin Khilji called ‘Hauz-i-Alai’ in 1352 CE and built a madarssa on its banks. Today, this tank is popularly known as ‘Hauz Khas’.

Another interesting feature mentioned in Tarikh-i-Firuzshahi are three large, underground passages from the kotla, which allowed the Sultan and his family to travel unnoticed. One led to the Yamuna river, another to a hunting lodge on the Ridge and the third went all the way to Mehrauli.

Firuz Shah Tughlaq died in 1388 CE, and was buried in a tomb next to the madarssa he had built at Hauz Khas. His weak successors shifted the capital back to Mehrauli. Infact, by 1394, there were two rival rulers, one at Firozabad and his rival at Delhi. Taking advantage of the chaos that prevailed across the empire, Central Asian invader Timur invaded India in 1398 CE, and marched right across to Delhi, where he camped right next to the Firuz Shah’s tomb at Hauz Khas. Following a battle, he sacked Delhi and Firuzabad and killed a large number of its inhabitants. 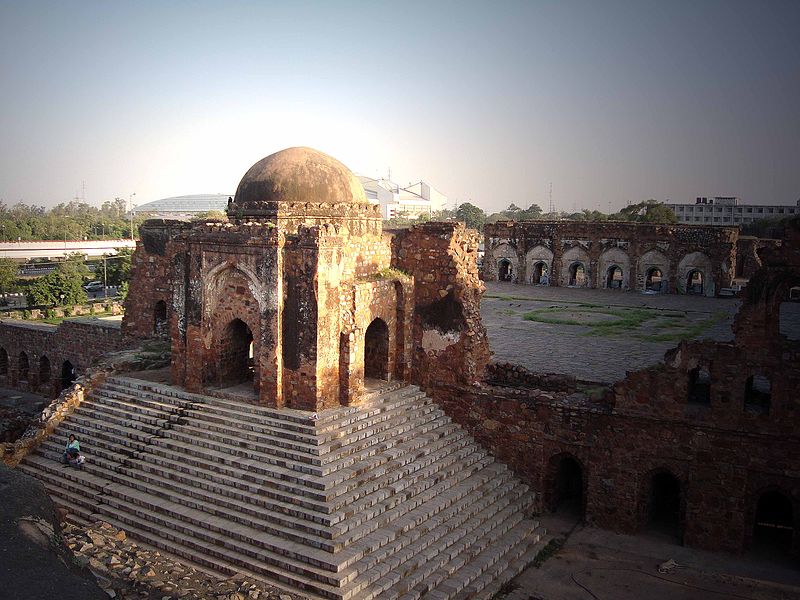 Timur was especially impressed by Firuz Shah’s Jama Masjid and in his memoir mentions how “I ordered that all the artisans and clever mechanics, who were masters of their respective crafts, should be picked out from the prisoners and set aside… I had determined to build a Masjid-i-Jami in Samarkand, which should be without a rival in any country”.

Firuzabad never recovered from this blow. For the Tughlaqs, the seat of power continued to remain at Mehrauli and then was moved to Agra by the Lodis. In 1533, Mughal Emperor Humayun began building a new city called ‘Dinpanah’ near what is today’s Purana Qila. A large number of Firuzabad’s buildings were demolished and their material reused to build this city. The final death knell for Firuzabad was when Mughal Emperor Shah Jahan decided to build a new city called ‘Shajahanabad’ in 1639. Most of the remaining buildings of Firuzabad were demolished on his orders and materials reused for his new city. Only the kotla, a few mosques and tombs survived. 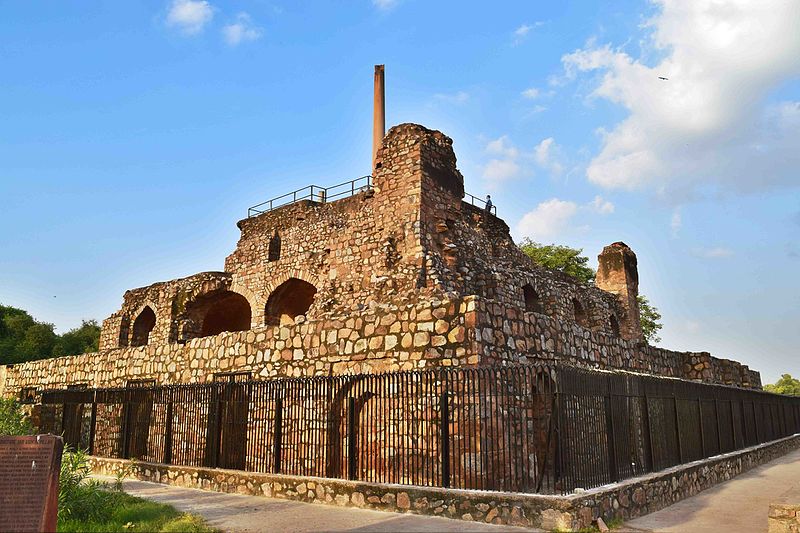 In the 20th century, Feroze Shah Kotla left its mark on Indian history again, when on 9th-10th September 1928, it hosted a secret meeting for revolutionaries from across India. Noted revolutionaries like Bhagat Singh, Sukhdev, Chandrashekhar Azad and Batukeshwar Dutt attended this secret meeting in the Sultan Firuz Shah’s citadel.

It was here that the HSRA (Hindustan Socialist Republican Association was set up to fight for India’s freedom through revolutionary means. Chandrashekhar Azad was elected as their commander-in-chief and they released a manifesto ‘The Philosophy of the Bomb’. HSRA went on to play a very important role in the Indian revolutionary executing daring acts such as the Kakori Train conspiracy of 1925 and Bhagat Singh and his colleagues hurling a bomb in the Central Legislative Assembly in Delhi on 8 April 1929, to voice their protest against the Public Safety Bill.

Interestingly, the open ground near Firuz Shah Tughlaq’s palace was used by the British to play cricket from 1883. It soon became known as the ‘Firoze Shah Kotla Stadium’ and is considered to be the second-oldest cricket stadium in India after Eden Garden in Kolkata.

Now as the stadium is renamed, the kotla is the only remnant of Sultan Firuz Shah’s city. 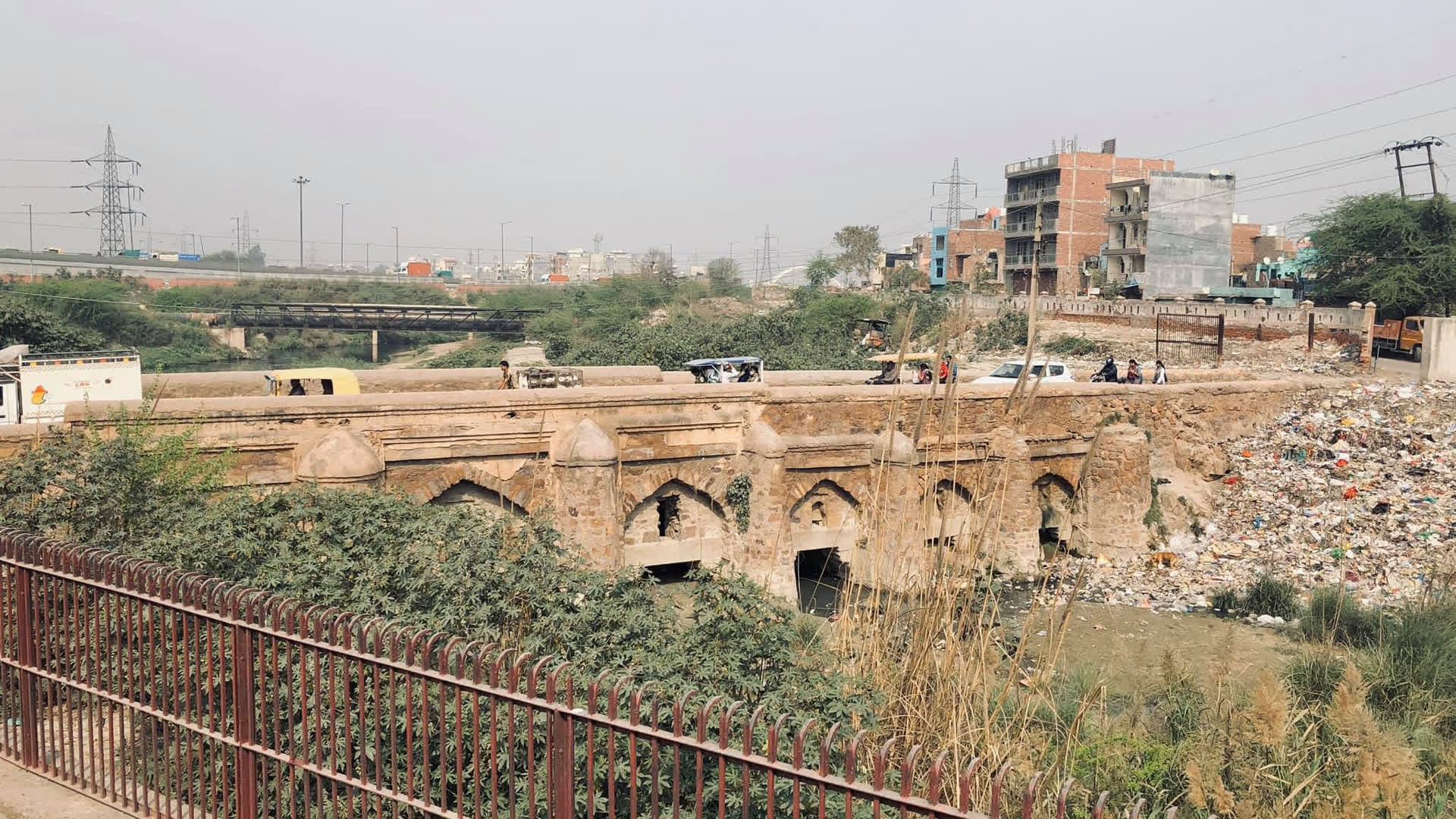 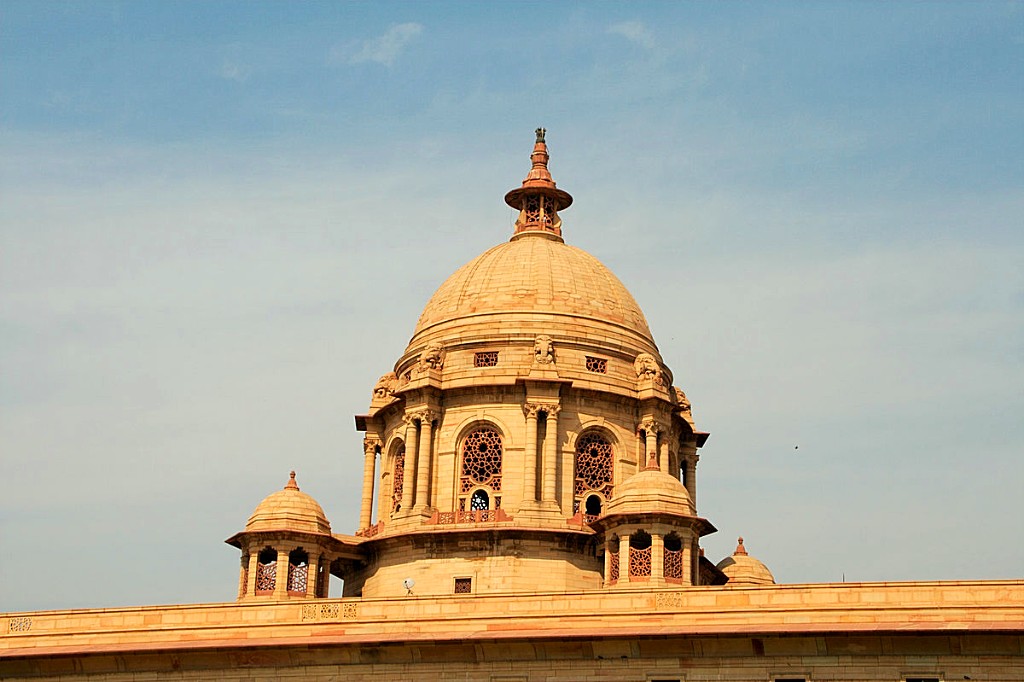 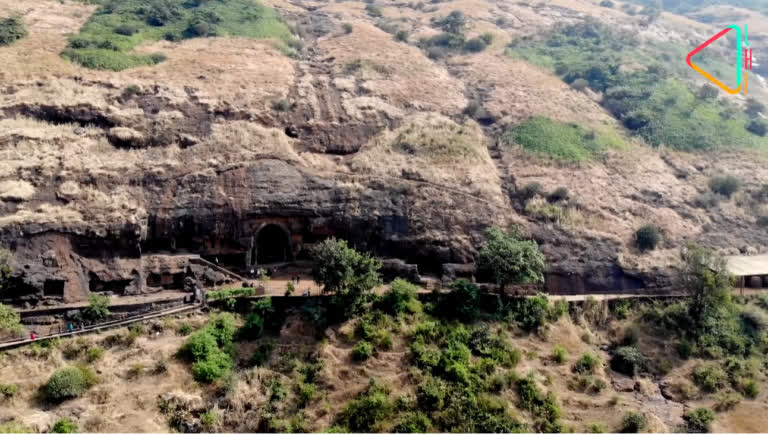 Is it a coincidence that the modern state of Maharashtra was home to an ancient dynasty known as the ‘Maharathis’ 2200 years ago? Who were they and what was their world like?  We trace the forgotten story of local chieftains and influential overlords who ruled the Deccan in ancient times. 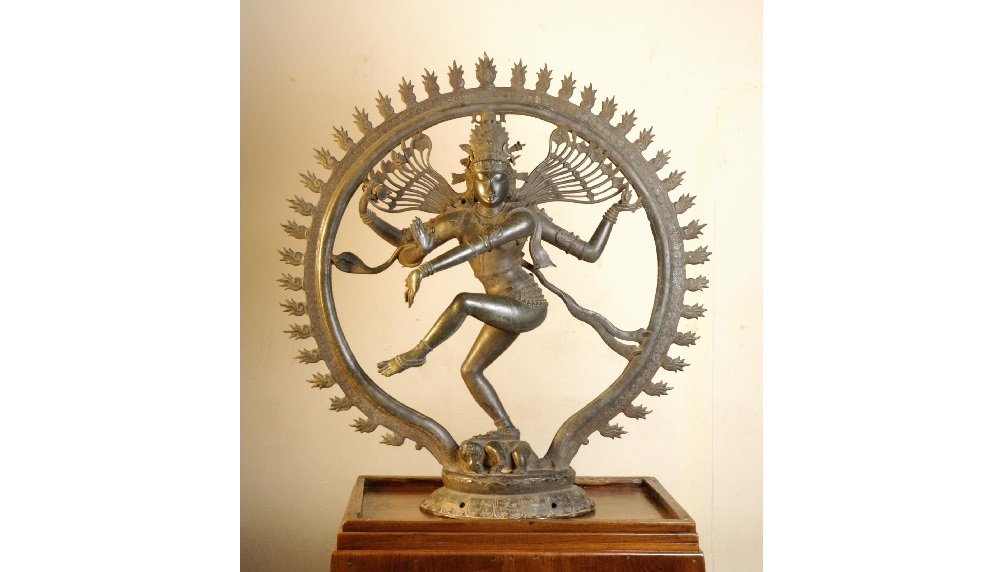 The Nataraja or ‘Dancing Shiva’ is one of the most recognisable and iconic symbols of Indian culture. Trace its ancient origins and cosmic aura through the ages and across continents