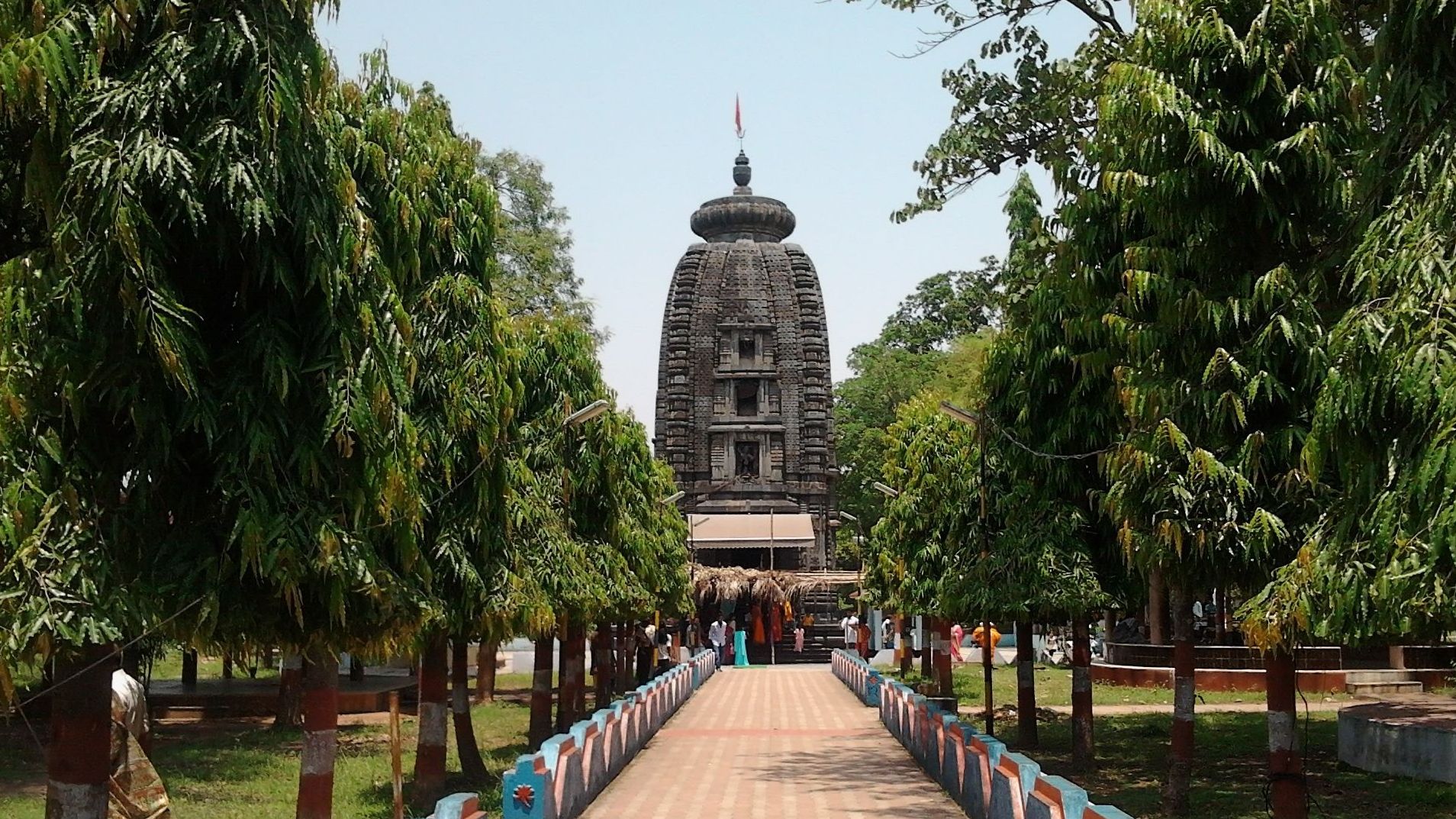 Tourists and pilgrims keen on an immersive spiritual experience in Odisha usually head to the cities of Puri, Konark and Bhubaneswar, which are home to some of the state’s most stunning temples. But 300 km north of Bhubaneswar is a shrine that is not only a repository of faith but an architectural marvel linked to the region’s royal past.

This is the Kichakeswari Temple in Khiching, dating back to the 7th-8th Century CE, situated in a town in Mayurbhanj district and a centre of devotion since ages. The imposing temple, which is 100 feet tall and built from black granite, is dedicated to Goddess Kichakeswari, the family deity of the Bhanja dynasty that ruled the erstwhile princely state of Mayurbhanj. Khiching was their capital from the 9th to 12th century CE.

Although no more than a regular town today, Khiching was once a glorious city and a confluence of many faiths. To better understand its history, one has to trace it back to the Bhanja dynasty, whose royal line continues to this day.

The Mayurbhanj region included a vast mountainous and forested region inhabited by different tribes such as the Santal, Ho and Kisan. It is rooted in interesting legends and the discovery of a few copper-plate grants. According to one tradition, it is believed that Mayurbhanj was founded by a relative of the Maharaja of Jaipur, Jai Singh II, who bore the title ‘Bhanja’. 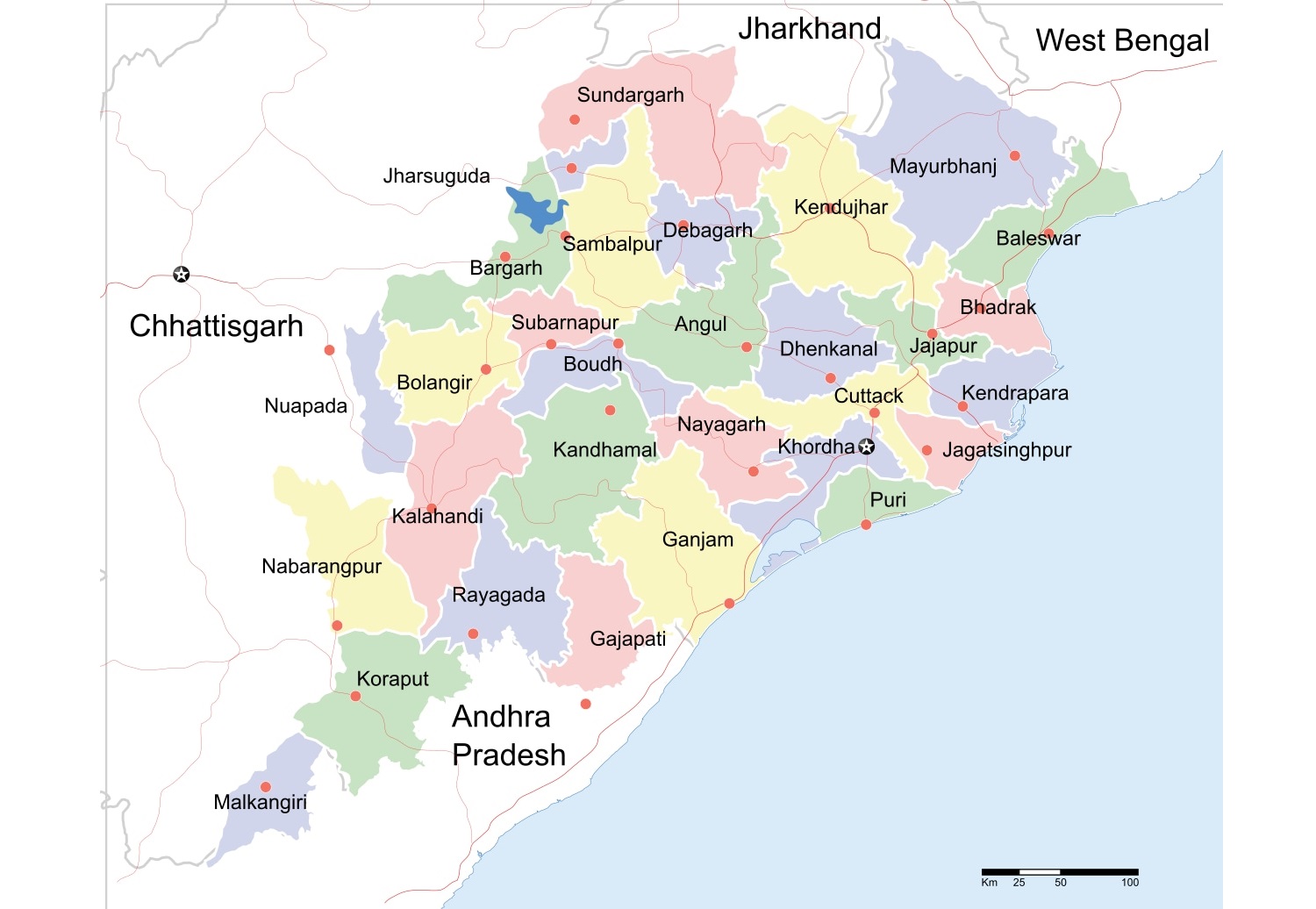 The Imperial Gazetteer of India (1837) mentions the Bhanja dynasty in ‘Khijjinga Kota’ (modern-day Khiching), as understood from copper-plate grants of the 11-12th century CE found in Mayurbhanj and neighbouring sites. The state of Mayurbhanj was earlier called ‘Khijjinga Mandala’, named after its capital Khijjinga Kota.

In the grants of the Bhanjas of Khijjinga, it is said that the first of the Bhanjas, Birbhadra or Adibhanja, was born from a peahen’s egg, which is probably why the dynasty’s emblem included peacocks. Four generations of Bhanjas are mentioned in these grants at Khiching.

Another copper-plate grant, from Gumsar in Odisha, mentions that the Bhanja kings were a branch of the Mokarianji family, who claimed descent from the royal house of Chittor in modern-day Rajasthan. They were of the Suryabansi tribe of Rajputs.

Interestingly, historian R C Majumdar in his book, The History and Culture of the Indian People, Vol. 4, says that the Bhanja dynasty survived for 1,500 years. Another historian, P Acharya, who too was a part of the excavations conducted later at Khiching, in his book Studies In Orissan History, Archaeology and Archives, says the history of the Bhanja kings can be traced back to the 5th century CE after he assessed various literary pieces of evidence. He arrived at this conclusion after studying a petition by one of the rulers called Maharaja Jadunath Bhanja in 1832. The document lists out 250 generations of the dynasty, asserting the fact that they ruled for a long period of time! One important reason for their long survival as a ruling dynasty through centuries is due to their limited territorial expanse. The dynasty was not a paramount power exercising supremacy over the whole of Orissa or any substantial part of it. They occupied the hilly tracts of Orissa, which provided them with natural protection against external aggression.

The Bhanja capital of Khiching was invaded by Firoz Shah Tughlaq, the then Sultan of Delhi, in 1361. The Sultan sacked Orissa, and defiled and destroyed its temples and other shrines. This appears to have been a turning point for the Bhanjas, who shifted their capital from Khiching to Hariharpur in 1400 CE. This was revealed when in 1911, state archaeologist N.N Vasu discovered an old record which mentioned King Harihar Bhanja establishing a town in 1400, named after him, which was then made the capital of the kingdom of Mayurbhanj.

The ruins of modern-day Khiching were first visited by British explorer Lieutenant Tickell in 1840. In his reports, he describes the site not only being in ruins but also overgrown with forest, making it difficult for him to access the place, which was full of antiquities from the period of the Bhanjas.

In 1875-76, J D Beglar, assistant to Alexander Cunningham, who founded the Archaeological Survey of India (ASI), visited Khiching and described it as ‘Kichang’ in Cunningham’s reports. In his account, he reported a pillared hall, Vaishnavite and Saivite temples, a Buddhist mound, a brick of 12″ x 9″ x 3″, a ‘hut’ with images and the sacrificial remains of 20 goats.

In 1871, two copper-plate grants belonging to kings Ranabhanja and Rajbhanja were discovered, which indicated that the Bhanja rulers had been important feudatories of Bhaumkaras from the 10th century CE. Bhaumakaras ruled parts of eastern India from their kingdom Toshala which included parts of modern-day Odisha, between 8th to 10th Century. In 1905, the Archaeological Survey of Mayurbhanj was set up under the patronage of two Bhanja rulers of the erstwhile Mayurbhanj princely state – Purna Chandra Bhanja Deo and Pratap Chandra Bhanja Deo. It was N N Vasu, state archaeologist under the Archaeological Survey of Mayurbhanj, who identified Khiching from ‘Khijjinga Kota’ as mentioned in grants. 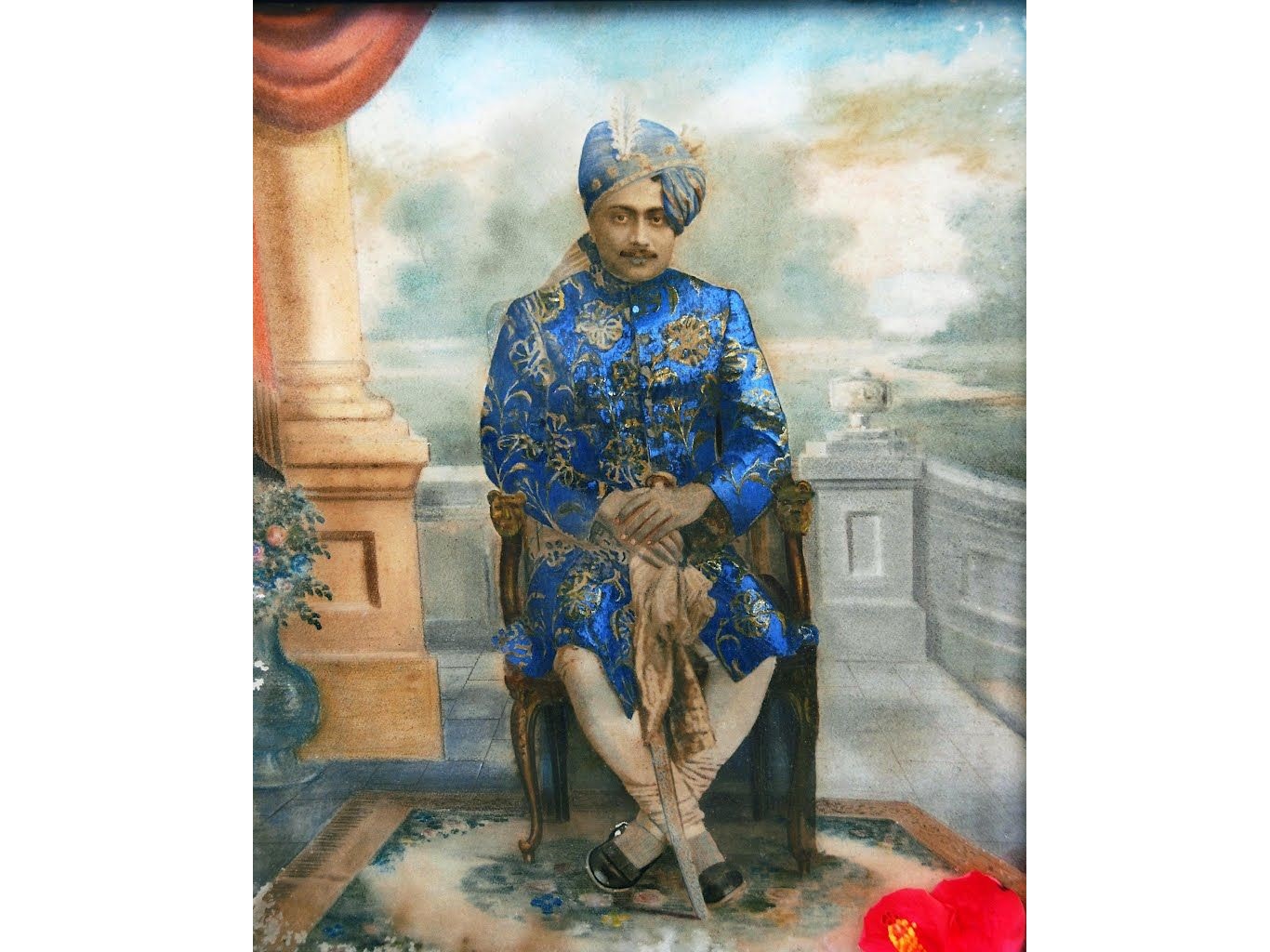 Excavations were conducted at various sites in Mayurbhanj during the early 20th century, starting in 1907-08. It is said that the Bhanja rulers were great patrons of art, which is supported by the discoveries of decorated sculptures and temple remains at the site of Khiching. The excavations of 1908 revealed two fortified palaces – Kichakgarh and Viratgarh – along with important remains from a temple compound called Thakurani’s compound. The excavated site of Viratgarh unearthed bricks of the Kushana period along with other antiquities such as terracotta objects, pieces of gold and seals, and also Kushana coins.

Thakurani or Kichakeswari was the family deity of the Bhanjas of Khiching. A brick mound called Itamundia situated south-east of the Kichakeswari temple, yielded a massive Buddha image as well as the remains of a monastery of the early medieval period. Another officer K P Bose under the Archaeological Survey of Mayurbhanj undertook excavations at the site in 1908 and retrieved many Buddhist sculptures, including a large image of Buddha in the bhumisparsha mudra and an Avlokiteshwara sculpture. This suggested that Khiching was an important centre of Buddhism. The evidence suggests that the Bhanja rulers were tolerant of the different faiths followed by their subjects although they themselves adhered to the Brahmanical faith. 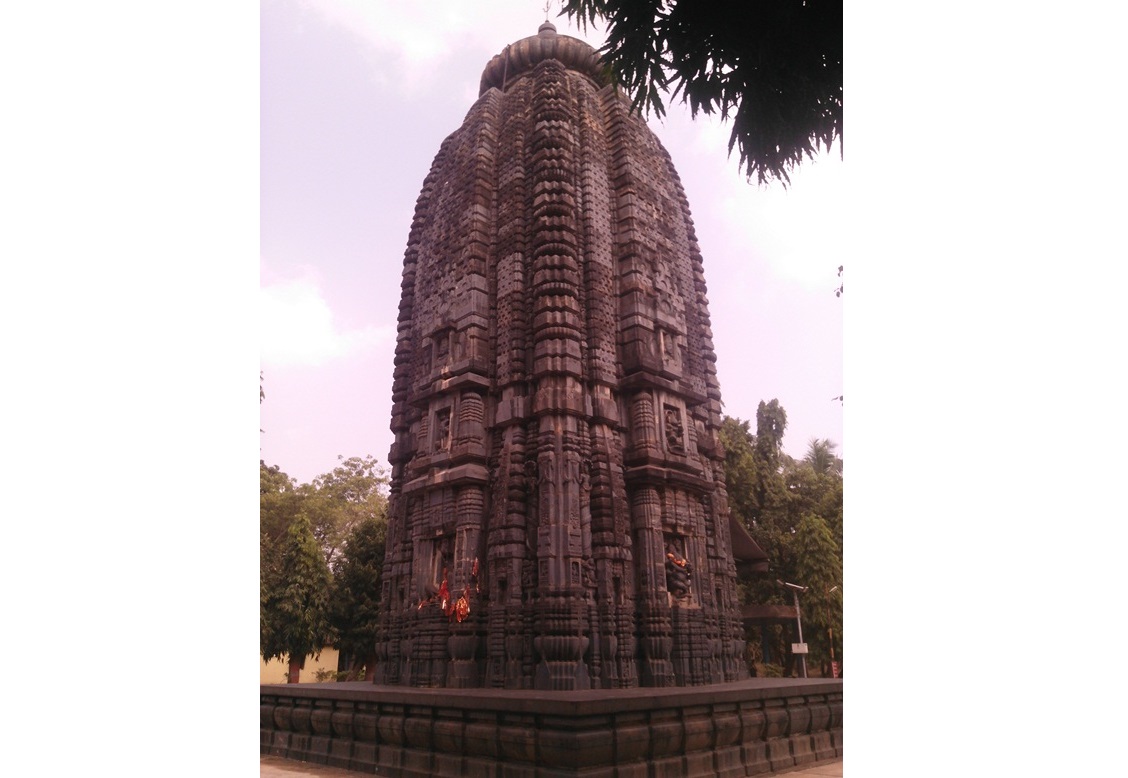 The study of Khiching, so far, had already established it as an important place of antiquity. Maharaja Puma Chandra Bhanja, one of the rulers, supported further excavations in Mayurbhanj, while in 1922, John Marshall, the then Director-General of the ASI, deputed Rai Bahadur Rama Prasad Chanda to explore and study Khiching.

Chanda, who was then heading the archaeological department at the Indian Museum in Calcutta, unearthed a life-size image of Shiva, who was identified as ‘Hara’ from the inscriptions of King Ranabhanja. This also indicated that Shaivism flourished at the site during the early medieval period. Other Shiva shrines were also discovered later in the excavations.

The excavations uncovered the remains of a group of old temples, two of which were elegantly decorated with beautiful sculptures. The bigger one of these two temples occupied the central position in the group. Chanda found this great temple in 1922, buried under a mound on which stood a small brick shrine dedicated to Kichakeswari.

It is said that the image of Kichakeswari is probably as old as the big temple, or bada deul of Shiva, and came to be recognised as the presiding deity only after the ruling chief exchanged Saktism (worship of the Goddess Durga as the Supreme Being) for Saivism.

In the 16th century CE, temple architecture was flourishing in Odisha. This is when some stylistic changes evolved and the typical Orissan porch or Jagamohana was added to the vimana (the tower above the sanctum) of temples. But the temple architecture at Khiching didn’t follow this pattern. The figurines and sculptures, according to Chanda, were devoid of the definite Gaudian (Bengal-Bihar) influence and he called them masterpieces of a new type.

Among the temple ruins of Khiching was the Khandiya Deul or the unfurnished temple from the Thakurani compound. This temple was built around the 15th-16th century CE. Several Buddhist and Jain sculptures were also discovered here. Other temples remains at Khiching such as those of Chandrashekhara and Nilkantheswara also exhibit the Khiching style of missing-porch temple architecture, ornamented walls and carved stone sculptures. The Chandrashekhara Temple at Khiching was built by one of the early Bhanja chiefs known as Kottabhanja or Digabhanja, in the 11th century CE. 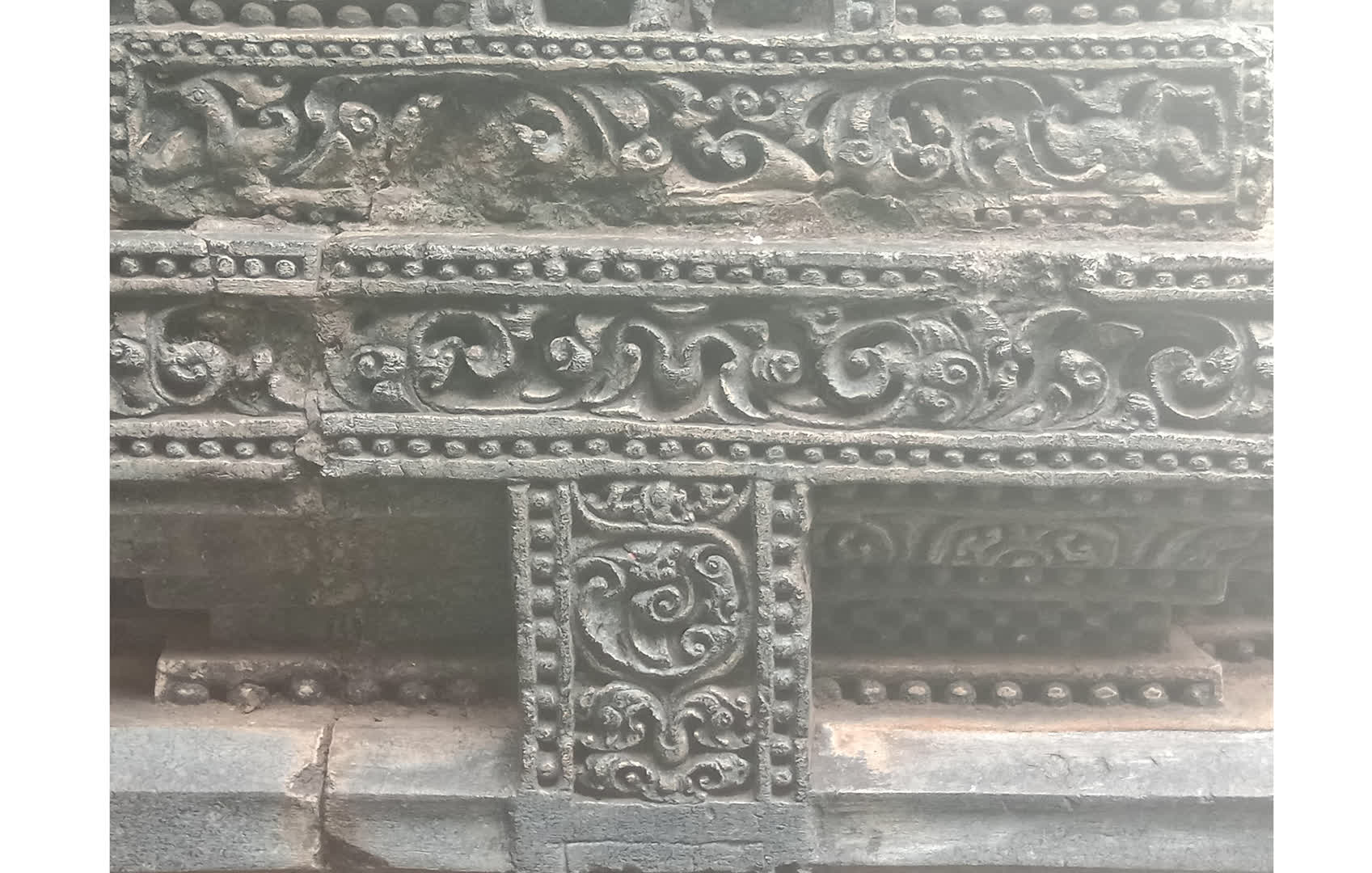 From the variety of sculptures unearthed at the site, it is believed that Khiching was a flourishing hub for sculpture, which assimilated the best elements of Orissan art. Even today, Khiching is known as a centre of stone carving, done in the black granite or muguni stone, of which most of these structures were made.

In 1928, the then ruler of Khiching, Maharaja Pratap Chandra Bhanja, commissioned the restoration project of the present-day Kichakeswari Temple. The work was completed in 1942. A museum called the Khiching Museum was also built here to exhibit the material excavated at the site. 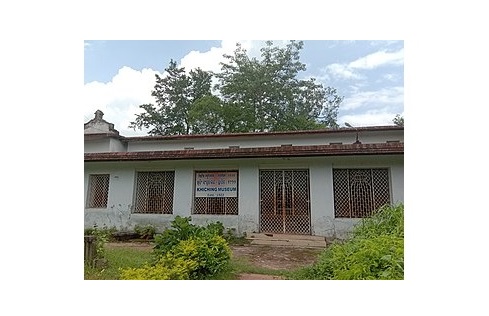 Prehistoric tools such as hand axes, cleavers, scrapers and knives were discovered in Khiching and are housed in this museum as are coins representing both political and commercial interactions between a few kingdoms. Among the finds were Kushan coins in large numbers, along with a few Roman and Gupta coins.

Today, Khiching is a small village that still contains the archaeological remains of the three stone temples, along with many tanks of varying dimensions, situated within an area of around six kilometres. The beautiful Kichakeswari Temple, visited by a large number of pilgrims, and the Khiching Museum tell the tales of Khiching and Bhanja dynasty’s glorious past. 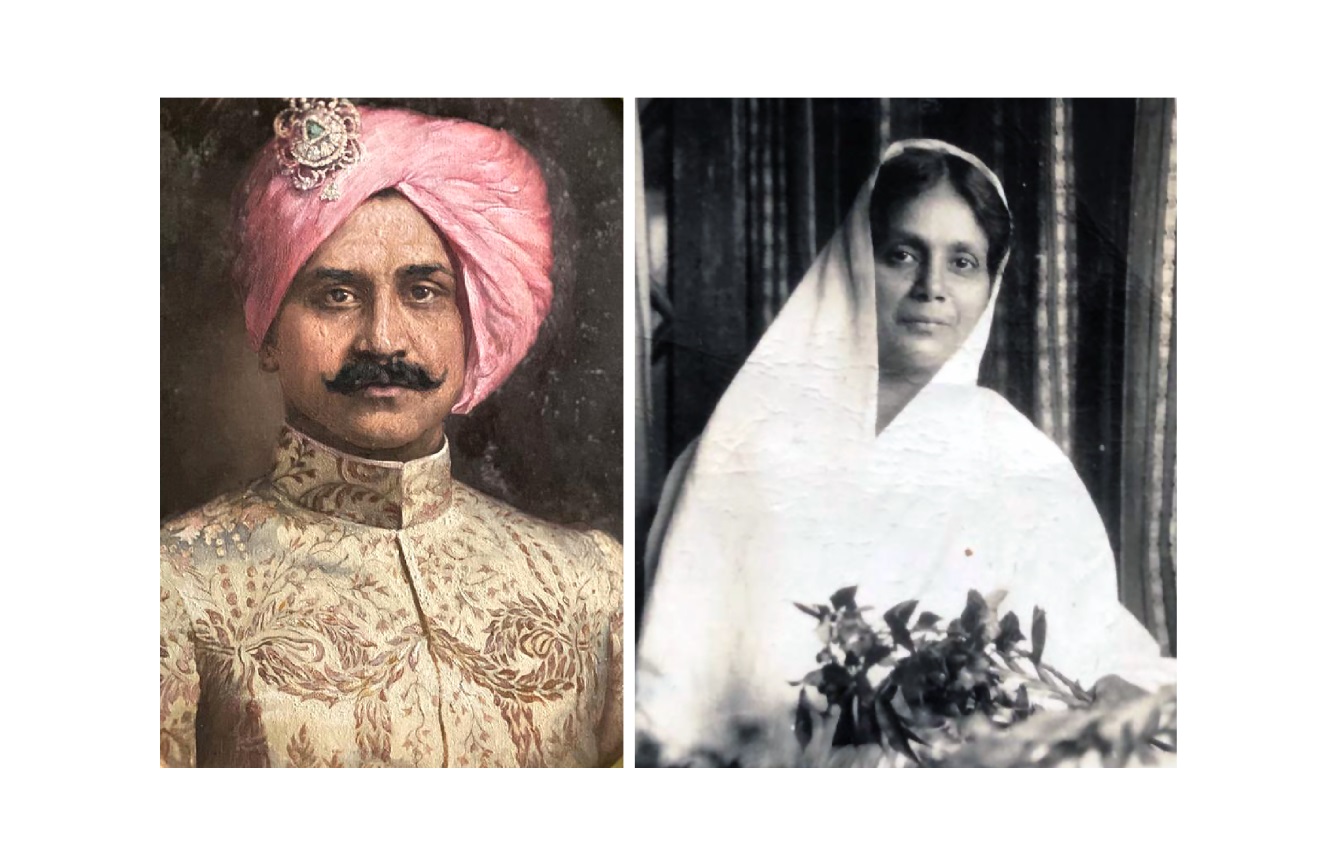 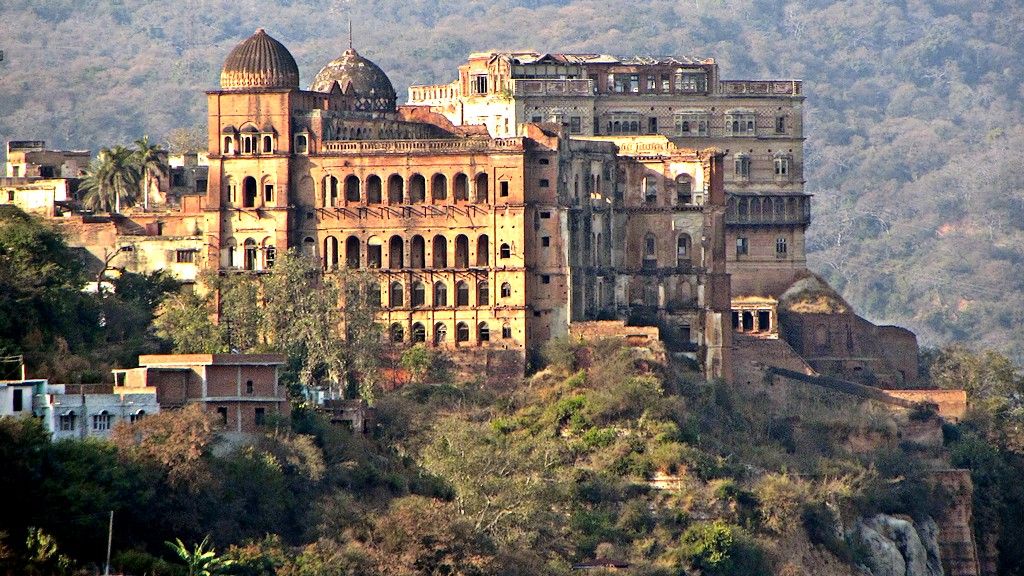 This exquisite palace complex in Jammu was the seat of the first Maharaja of Jammu & Kashmir, who ‘bought’ his title and territory from the British. Catch the drama and intrigue that played out in its precincts 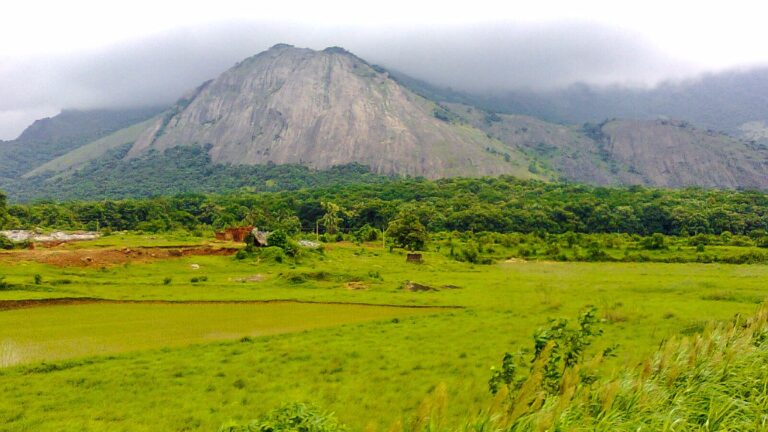 Go down south, along the tail end of the western ghats - mountains that hug the Arabian Sea coast in India and you will come across a site that bears testimony to one of the most spectacular continental drifts on Earth. 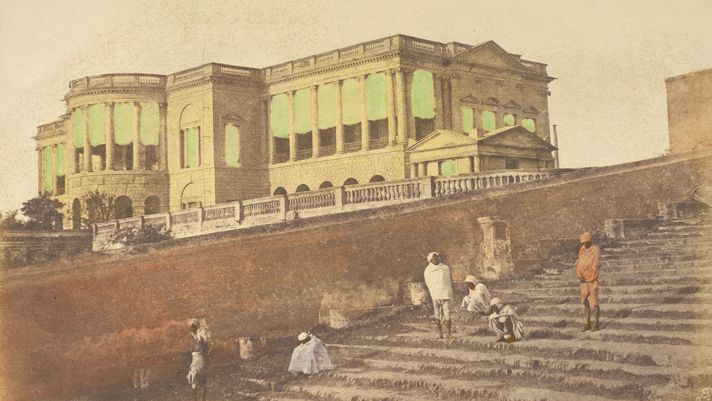 Aligarh is steeped in history and also known for the prestigious university that bears its name. But did you know it was once the seat of the French Generals who ruled the region for the Scindias. Catch the story -