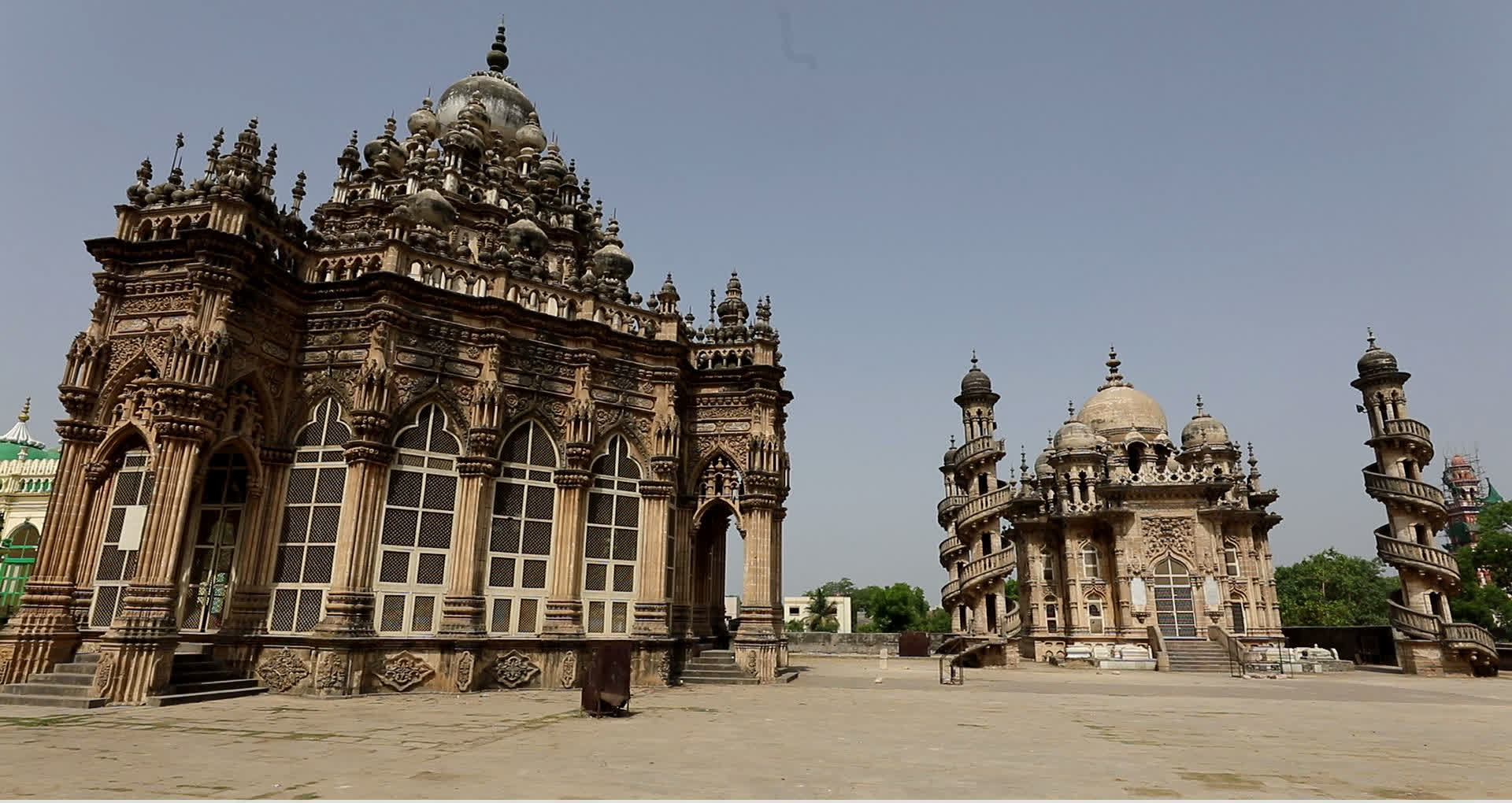 At the foot of the Girnar hills considered holy across four faiths, the city of Junagadh in the Saurashtra region of Gujarat is steeped in history. Over 2,300 years of it! The city owes its present-day identity to the last dynasty of Sultans – the Babis who ruled from here from for over 200 years. The most iconic monument from their time is the Mahabat Maqbara.

For over 2000 years before the Sultans made Junagadh their home, this fort acted as a bastion. The Uparkot Fort is believed to have been built by King Chandragupta of the Mauryan dynasty, between the 4th and 3rd centuries BCE. It is the stuff of legends. It is known to have survived 16 sieges across 1,000 years. An Ashokan edict in the vicinity, just outside the fort, bears testimony to its ancient past. 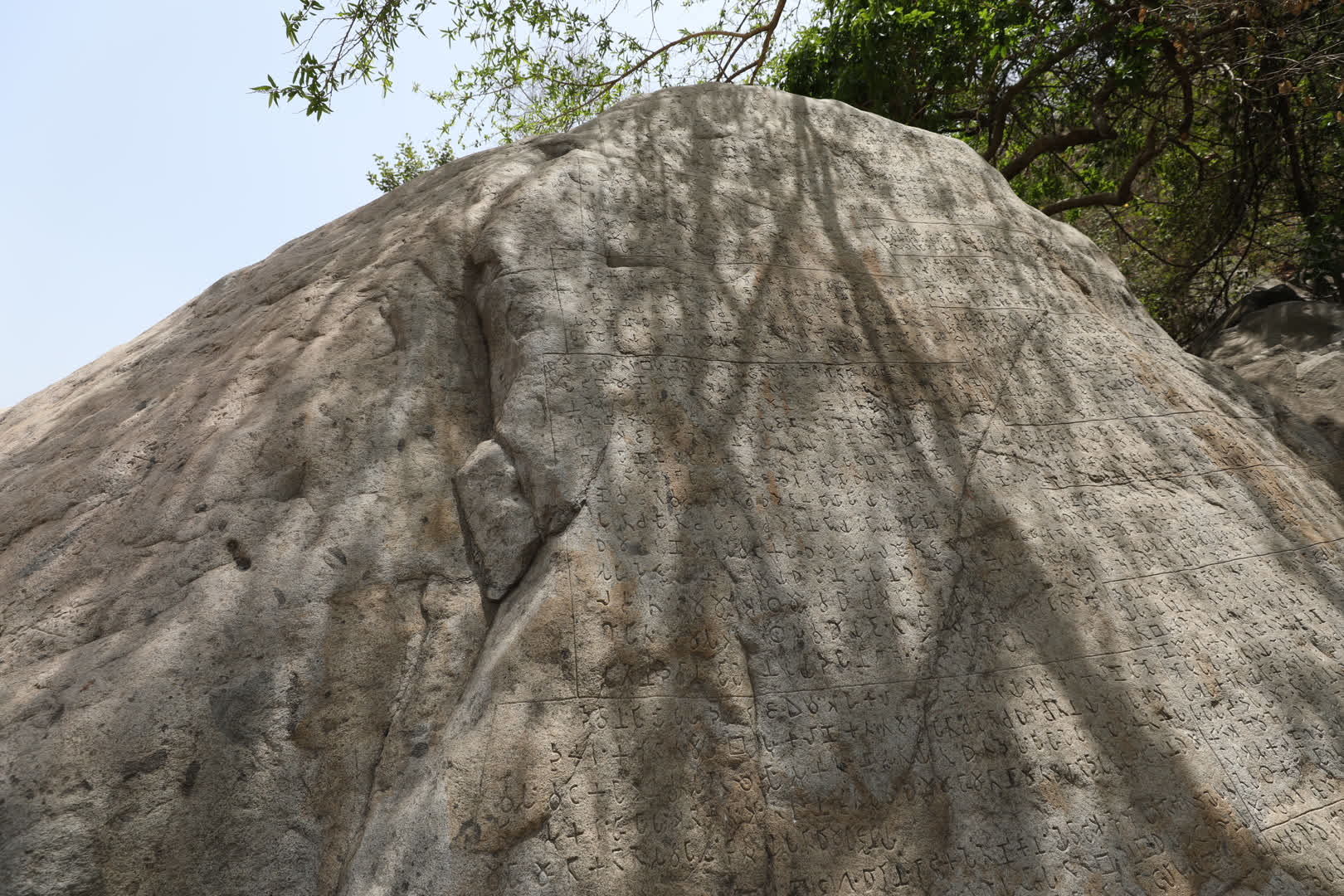 In the 18th century, Junagadh, came into its own as an independent kingdom, after being under the rule of many medieval dynasties. In 1748, a Pashtun from Afghanistan named Mohammad Sher Khan Babi who was owed allegiance to the Mughal governor of the Gujarat subah, declared independence. He went on to lay the foundation of the Babi dynasty that ruled Junagadh till Independence in 1947.

At the time of India’s independence, then Nawab of Junagadh, Mahabat Khan III, opted to accede to Pakistan despite the state sharing no common boundary with the newly formed country. His explanation was that Junagadh was joined to Pakistan by sea. However, India objected and after a lot of back-and-forth and diplomatic manoeuvring, the Nawab fled to Pakistan and Junagadh became a part of India.

Taragarh Fort | LHI
Support Live History India
If you like Live History India`s work, do consider extending support to us. No contribution is too small and it will only take a minute. We thank you for pitching in.
Donate
*Terms and Conditions

The Junagadh Sultanate has left behind a lasting impression on the city, with its buildings and tombs, but the one that stands out most is the Maqbara complex. In the middle of a busy city, it comprises two structures.

Built in 1892 over the grave of the sixth Nawab of Junagadh, Nawab Mahabat Khan II (1851-82), this tomb is an architectural masterpiece with a mix of Indo-Islamic and European influences. 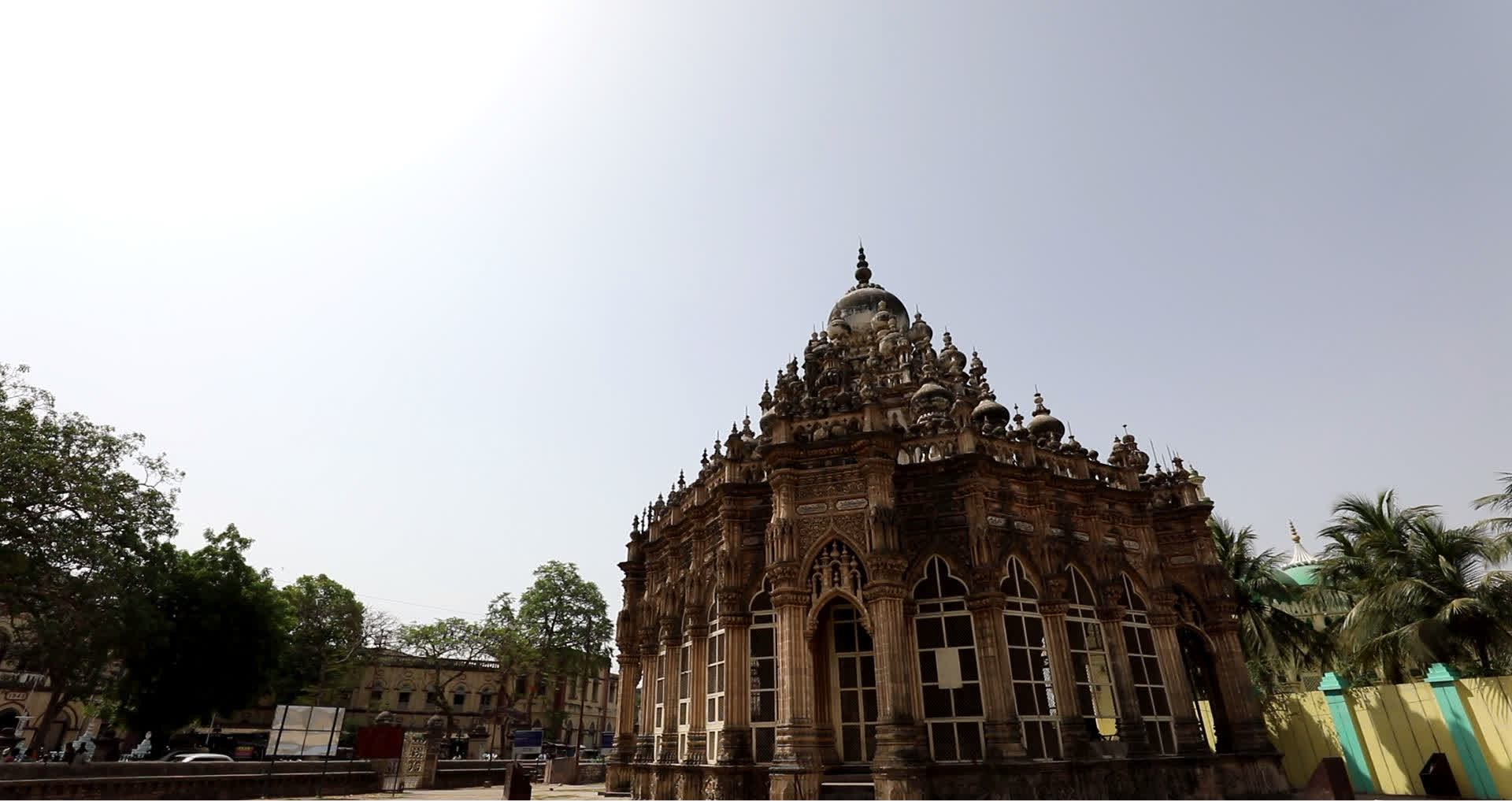 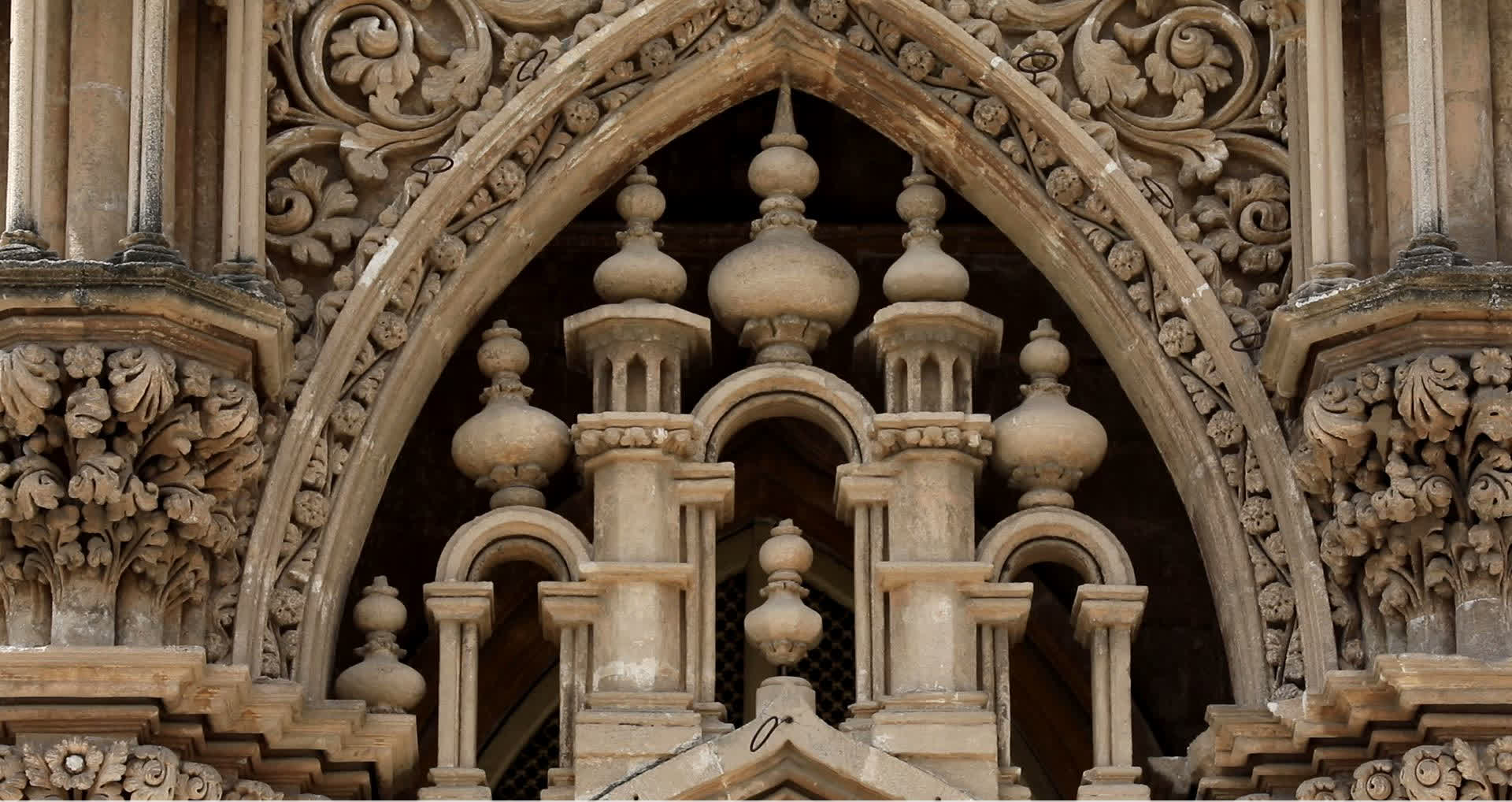 Its elaborate construction continued for about a decade and culminated in intricate carvings on the buildings’ inner and outer façades, fine arches, French-style windows, Gothic columns and shining silver doorways.

Next to the maqbara is the stunning tomb of one of the chief nobles (wazir) in the court of Junagadh, Bahar-ud-din Bhar. 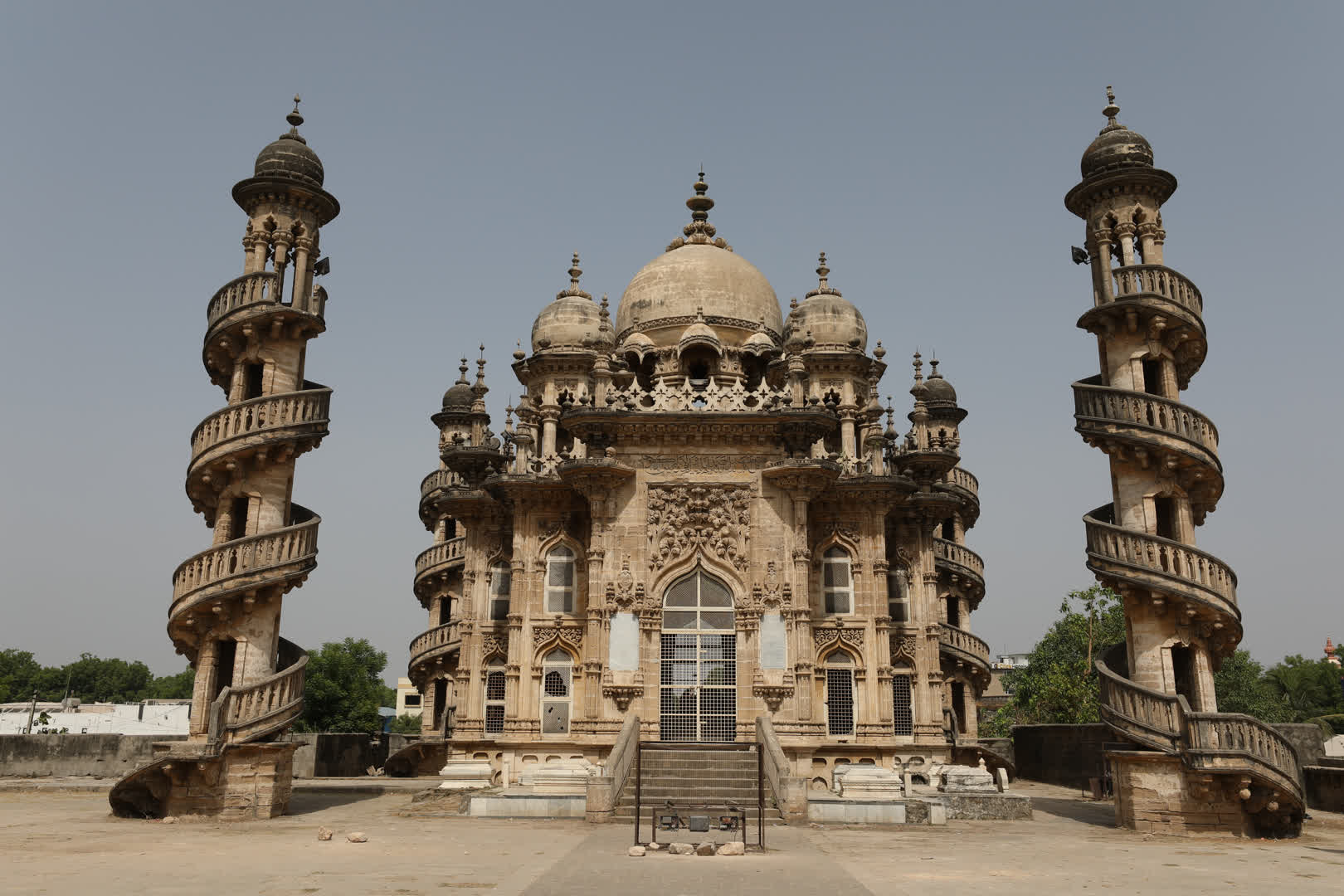 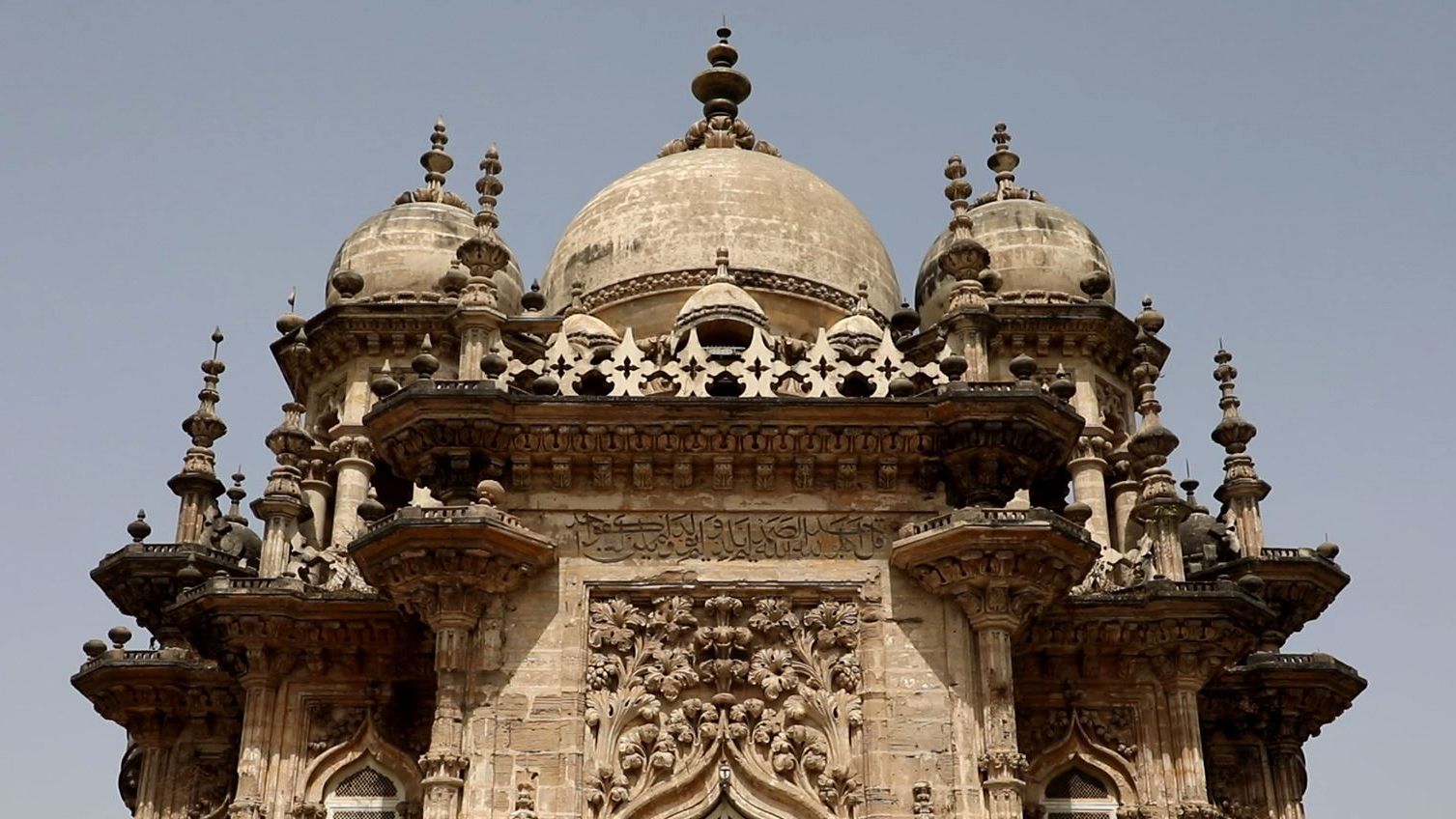 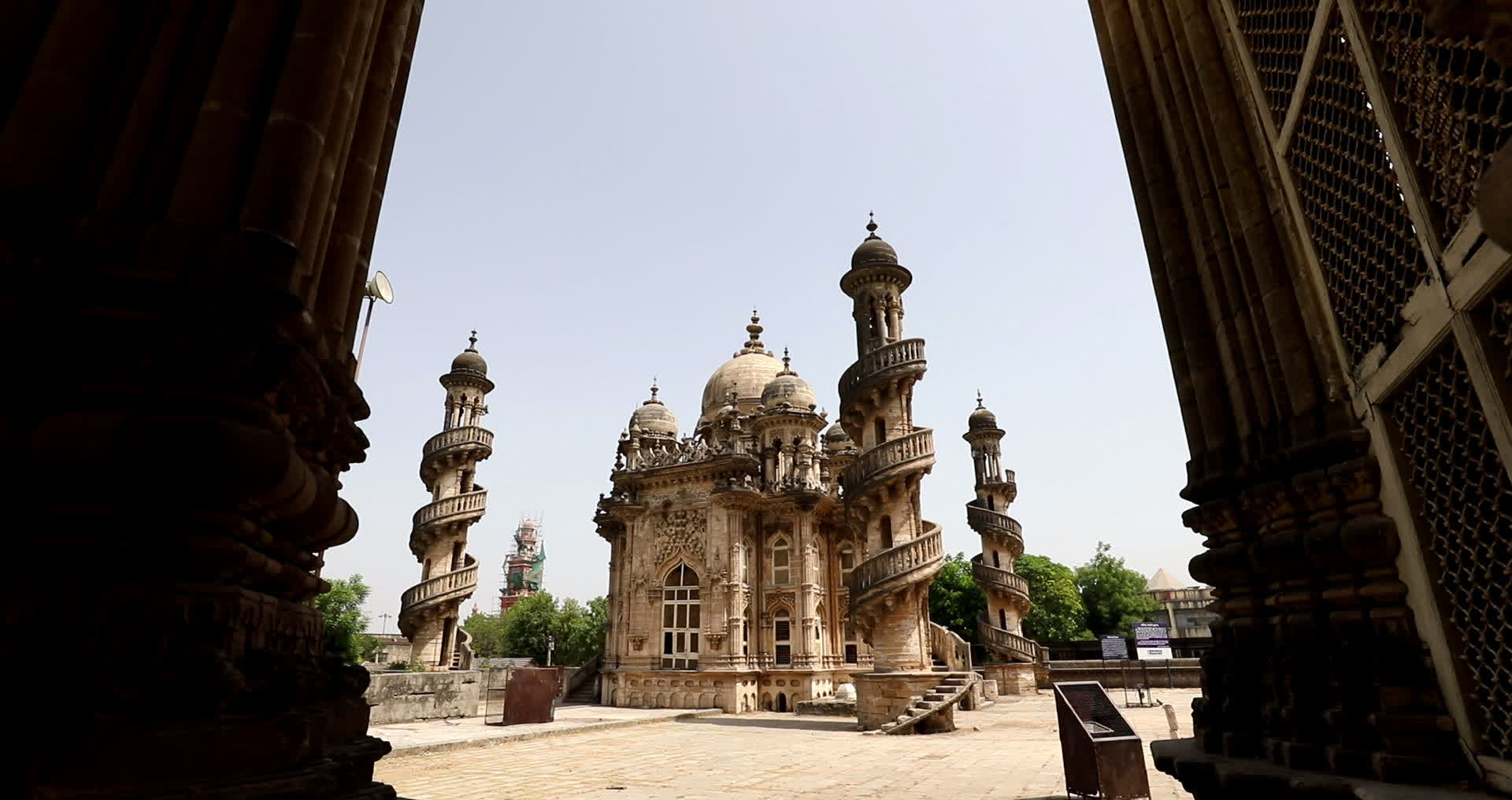 Built in 1896, it is believed to be one-of-a-kind in India with bubbled domes and four minarets wrapped in spiraling staircases, from top to bottom. The added silver doors make it look straight out of a fairy tale.

Both these mesmerizing buildings are Gujarat’s best-kept secrets and a testimony to the town’s chequered but glorious royal past. However, although protected by the Archaeological Survey of India, these monuments are in need of immediate attention and restoration. 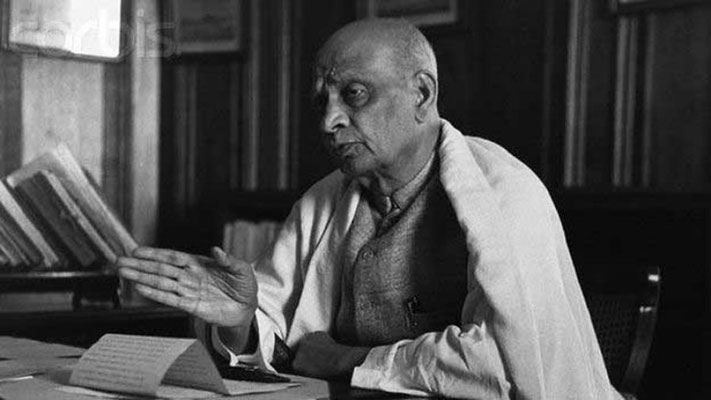 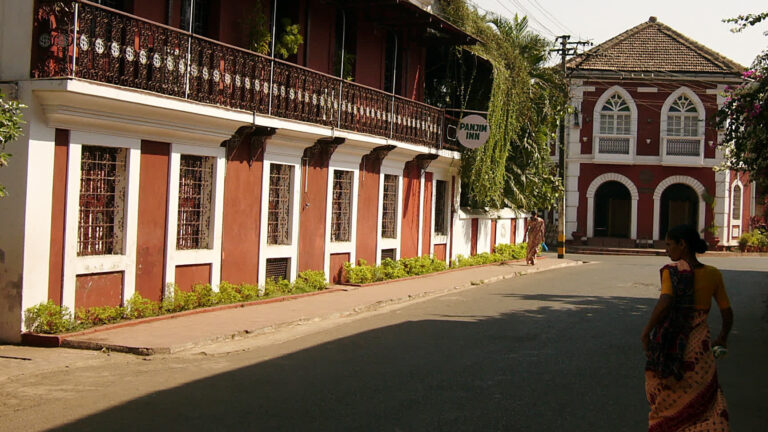 In the heart of Goa, near Panaji, is a charming neighbourhood whose colourful homes and quaint alleys were, oddly, the result of a rush to develop a new capital city for the Portuguese. Catch the story of Fontainhas, which is delightfully trapped in time. 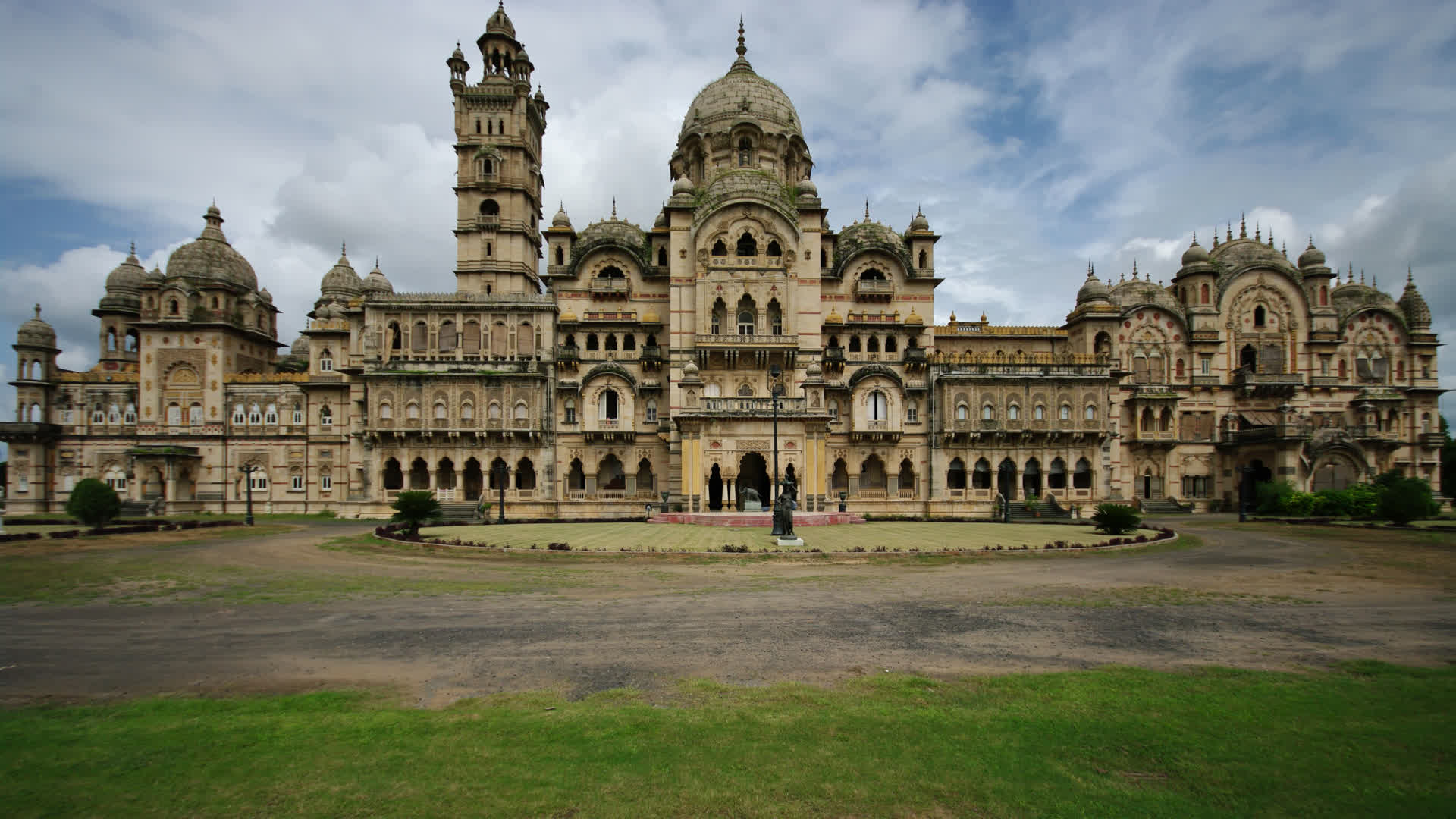 After the Revolt of 1857, as the British Crown took charge of India, many kings compensated for the loss of their real power, by building some really grand palaces. Here is a journey through an era