It was on an early morning some time in 1837 that one of the biggest ‘Eureka’ moments in Indian history took place. The Brahmi script, an ancient Indian script that had for long flummoxed historians and researchers studying India’s past, had finally been deciphered. Finally, Indians could understand their distant past as never before. And the man who achieved this was an extraordinary Indologist and polymath, an Englishman named James Prinsep (1799-1840).

In the 18th and early 19th century, very little was known of India’s past before Islamic rule. Noted author and historian John Keay in his book India Discovered (1981) quotes 18th century English scholar Thomas Twining, who while studying Indian history wrote in 1790:

It is at this epoch [1000 CE] that we come to a line of shade beyond which no object is distinctly discernible. What treasures might not be discovered if the light of science should ever penetrate this darkness.

As the British empire began expanding across India following the Battle of Plassey in 1757, a number of British writers, travellers, scholars, merchants and officials attempted to cross this ‘line of shade’ to rediscover India’s ancient past. They were traversing newly conquered British territories to marvel at and study the ruins at Khajuraho, Ellora and Madurai.

Among these was a young Englishman who started life in India as a junior employee at the Calcutta Mint and went on to leave an indelible mark on Indian history. His name was James Prinsep.

This remarkable man was born on 20th August 1799 CE into a wealthy English family. His father had made a huge fortune as an indigo planter in India. After completing his studies in England, Prinsep decided to follow in his father’s footsteps. He arrived in India in 1819 at the age of 20, to work as an ‘Assay Master’ at the Calcutta Mint. His job was to ensure quality control at the mint but his life was to take another direction.

Prinsep’s superior at the Calcutta mint was Horace Hayman Wilson (1786-1860), the most eminent Orientalist of his time. Wilson was a Sanskrit scholar, who had an interest in Ayurveda and was the first person to translate the Rigveda, the Vishnu Purana and Kalidasa’s Meghaduta in English.

Under Wilson, Prinsep developed a great interest in Indian history and culture. And this interest only deepened when Prinsep was transferred to the Benaras Mint in 1820, where he lived and worked for the next 10 years.

In Benares, Prinsep studied Indian temple architecture, making a series of watercolours that were published between 1830 and 1834 in London, titled Benares Illustrated, In A Series of Drawings. He also designed the new mint building and a church in Benares, and a series of canals in Bengal. But, while working in the mint, he developed a great interest in the study of coins.

In 1830, Prinsep was transferred back to the Calcutta Mint, where his boss, Wilson, had been puzzling over different coins found in Rajasthan and Punjab. Prinsep offered to catalogue these coins, which in turn aroused his interest in the indecipherable inscriptions found on them. The same year, Prinsep also became the founding editor of The Journal of the Asiatic Society published by the Asiatic Society of Bengal.

Around 1833 CE, the remains of a pillar very similar to one found at Feroze Shah Kotla in Delhi, were found in the Allahabad Fort. Prinsep later noted in his diary, ‘I could not see the highly curious column lying at Allahabad, falling to rapid decay, without wishing to preserve a complete copy of its several inscriptions …’

With the help of a Sanskrit expert, Prinsep managed to decipher a part of the inscription, which spoke of conquests of a king named ‘Samudragupta’. But he could not connect with another ruler, ‘Chandragupta’ [Maurya], who had appeared in Buddhist texts and as Sandracottus in Greek texts.

What a disappointed Prinsep did not realize is that he had accidently stumbled upon the ‘Imperial Gupta’ dynasty, which till then had been completely forgotten.

As the editor of a journal, Prinsep received coins, inscriptions, reports and accounts from all over India, to be studied and deciphered. Till then, while the ‘Gupta Brahmi’ or the ‘Late Brahmi’ script had been deciphered, the ‘Ashokan Brahmi’ (found in numerous Ashokan edicts across India) was still waiting to be decoded. But Prinsep was slowly getting there.

Brian Hodgson, the British Resident (Ambassador) in the Court of Nepal, sent him a copy of the inscription found on a similar pillar at Bettiah in North Bihar. Prinsep placed it alongside the Delhi and Allahabad inscriptions and studied it in detail for clues.

Finally, he hit upon his first success. He wrote:

‘Upon carefully comparing them [the three inscriptions] with a view to finding any other words that might be common to them, I was led to a most important discovery; namely that all three inscriptions were identically the same.’

But he still had no idea what it meant!

For the next four years, Prinsep worked assiduously on his project. He spent his days in the mint and his nights in the company of coins and inscriptions. He developed a huge network of ‘correspondents’ all across India, who would keep sending him anything interesting that they came across. These were merchants, military officers, doctors and anyone else who was interested in history. Then, in 1837, some vital clues emerged.

On Prinsep’s suggestion, Captain Edward Smith, a military engineer from Allahabad, had made a long journey through the jungles of Central India, to archaeological remains in a village called ‘Sanchi’ in the Kingdom of Bhopal. Along with the main inscriptions here, Captain Smith had also sent to Prinsep [in his words] ‘trivial fragments of rude writing’ found on the stone railings around the main stupa. He noticed that most of the inscriptions ended with the same two characters, which he deciphered as ‘Danam’. And, slowly, the rest revealed itself. The entire Brahmi script had finally been decoded.

In 1838, Prinsep presented his findings to the Asiatic Society. It came to be known that the edicts had been inscribed on the orders of a king named ‘Devanampiya Piyadasi’, who had changed his religion. And the dots began to connect. From Ceylon (now Sri Lanka), George Turnour, a historian studying Buddhist history, wrote back, saying that from Sri Lankan Buddhist texts he had come to know that ‘Piyadasi’ was an epithet for an Indian king known as ‘Ashoka’. It was further stated that Ashoka was the grandson of Chandragupta.

In addition to deciphering Brahmi, Prinsep also deciphered the ‘Kharosthi’ script, an ancient script used in the North-Western regions of India to write Sanskrit and Prakrit. For this, he used the coins of the Indo-Greek kings that had ruled Punjab. The coins had the names of the rulers written in Greek on one side and in Kharosthi on the other.

Sadly, the heavy workload took a toll on Prinsep’s health. He kept working, despite poor health but was forced to return to London for treatment. He died on 23rd April, 1840 of a brain aliment at the age of 41. In 1843, the citizens of Calcutta built a memorial in his honour on the banks of the Hooghly river, which is still called ‘Prinsep Ghat’.

While much of James Prinsep’s work remained incomplete, what he discovered would prove invaluable for future historians and archaeologists – he opened up entire chapters of India's history. 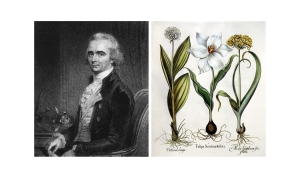 You May Also Like
Snapshort Histories
Walchand Hirachand: Proud Indian & the Seas
By Leora Pezarkar
The story of a die hard Indian nationalist who took on the British might to launch the first swadeshi shipping line
Snapshort Histories
The Unbelievable Story of Dadra & Nagar Haveli
By Akshay Chavan
The unbelievable tale of how the Portuguese gained control of Dadra & Nagar Haveli
Snapshort Histories
Dhanrajgirs: The Monks Who Became Bankers
By Akshay Chavan
The fascinating history of the Naga Sanyasis, fierce ascetic warriors who turned bankers!
Snapshort Histories
Raja Deen Dayal: Capturing India Frame by Frame
By Akshay Chavan
Lala Deen Dayal: the Prince among Photographers
Support
Support
Each day, Live History India brings you stories and films that not only chronicle India’s history and heritage for you, but also help create a digital archive of the 'Stories that make India' for future generations.