Cinema has classically been a world of heroes supported by actresses in leading roles. Now all that is changing in India. Bold, outspoken and refusing to toe the old line, women actors are now vying with their male colleagues for a piece of the protagonists’ pie. But what was it like for women who wanted to act in films a hundred years ago?

In the early 20th century, the silver screen wasn’t considered a ‘respectable’ career for women. The profession was so tainted that pioneering Indian filmmaker Dadasaheb Phalke was unable to find an actress to cast in his first movie, Raja Harishchandra, in 1913. Phalke was therefore forced to scour the ‘Red Light’ areas of Bombay for his heroine – and even that didn’t work! Finally, a young male cook named Anna Salunke played the female lead in India’s first feature-length film.

Raja Harishchandra was a huge success and it managed to inspire some women to take up acting as a career, and Phalke cast a mother-daughter duo, Durgabai Kamat and Kamalabai Gokhale, in his next film, Mohini Bhasmasur (1913). But these pioneers paid a heavy price as the outraged Maharashtrian Brahmin community ostracised them.

Although the backlash was a further deterrent for women who wanted to grace the big screen, those who had defied social convention had paved the way for others like them. Interestingly, the first leading ladies of Indian cinema came from a small group of open-minded individuals who had already been exposed to some working experience.

These were women from the Anglo-Indian, Eurasian and Jewish communities, and these young actresses dominated early Indian cinema, from 1920-1940.

Since this was the silent era of movies, language was not a barrier.

There were many factors that helped these women take the lead. Some of the early Jewish women, for instance, worked in Parsi theatre. The Parsis were, in fact, pioneers of the Modern Theatre Movement in India. After watching European dramas brought to India by the English, they started their own companies which brought European techniques and pageantry, along with song and dance to the local audience in languages like Hindustani, Urdu and Gujarati. The first Parsi drama company was the Parsi Natak Mandali, established in 1853. Owned by Gustadji Dalal, it was supported by Dadabhai Naoroji, K R Cama, Dr Bhau Daji, Ardeshir Moos and others.

With the advent of cinema, the owners of many of these drama companies founded studios to sustain their capital. For example, Jamshedji Framji Madan, founder of the famous Madan Theatres, which is considered one of the pioneers of film production in India, owned multiple theatre companies which employed a group of 12 Anglo-Indian girls groomed by a dance teacher or ‘master’ named Champalal. These young women were ready to make the transition to the movies. Other popular Parsi studios were Imperial Films owned by Ardeshir Irani, Minerva Movietone launched by Sohrab Modi and Wadia Movietone established by the brothers Homi Wadia and JBH Wadia. 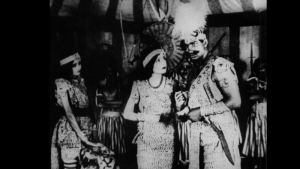 It helped that these pioneering actresses hailed from communities that were ‘westernised’. These were communities whose women had already entered the workforce as early as the 19th century, as nurses, teachers, typists, secretaries, shop assistants and telephone operators in the British-Indian commercial centres of Bombay, Madras and Calcutta.

Popular among the audience for their novelty and seductive allure, these women were versatile and they were stars! Let’s acquaint ourselves with the pioneering women of the Indian silver screen.

The most popular name that comes to mind when we think of these actresses is Ruby Myers, better known by her stage name ‘Sulochana’. She was working as a telephone operator when approached by the Mohan Bhavnani of Kohinoor Film Company.

Her early films like Telephone Ni Taruni (1926) and Typist Girl (1926) have an autobiographical reference. She became a superstar under the Imperial Film Company and it is said that she earned more than the Governor of Bombay at that time! Sulochana is also reported to have owned the latest models of cars like the Chevrolet and be in a relationship with Dinshaw Bilimoria, the biggest hero of the silent era. In Wildcat of Bombay (1927), Sulochana played eight roles, ranging from a Hyderabadi gentleman to a European blonde.

Another popular actress was Esther Victoria Abraham or ‘Pramila’. She worked as a teacher in Jewish school in Calcutta before being noticed by director Rama Shankar Choudhary on one of her visits to the sets of her cousin Rose Ezra in Bombay. Pramila went on to act in many films including Ulti Ganga (1942), the first version of Mother India and often designed her own costumes and jewellery. Whatever she wore often became a fashion trend. Interestingly, Pramila also won the first Miss India pageant in 1947.

Mary Ann Evans or ‘Fearless Nadia’ is most remembered as the masked, cloaked adventurer in Hunterwali (1935). A theatre and circus artiste, she was introduced to the movies by Jamshed Wadia. An actress with a different kind of edge, she swung from chandeliers, jumped off cliffs, fought atop speeding trains and befriended lions. She married Homi Wadia in 1961 and thus became Nadia Wadia.

The coming of sound in 1931 brought the curtain down on the cinematic career of these women. Their accents were just wrong as the talkies had little or no place for their ‘Anglisized’ Hindi. The big shift started with Alam Ara, India’s first talkie, when Sulochana, the reigning superstar, was replaced by a young actress named Zubeida.

The new lot was not only comfortable being on screen and speaking Hindi, many also sang, and this synced with films also doubling as musicals, which Indian films are still known for. Jahanara Kajjan, Kanan Bala, Jaddan Bai and actresses like Devika Rani, Durga Khote and Shanta Apte were the stars of the new talkies era.

As Bollywood became a popular career choice among Indian women, the pioneering actresses began to be cast in secondary roles even though they took great pains to learn their lines for the talkies. Possibly as a result, Pramilla started a production house called Silver Films and went on to produce 16 films with the really big stars of the time, like Prithviraj Kapoor, Raj Kapoor and Nargis. Sulochana started her own production house called Ruby Pictures in 1939.

Post-Independence, some of the Jewish actresses migrated to Israel, Canada or Australia with their families, while others faded out, facing difficulties later in life, including penury and loneliness, as opportunities disappeared. There has been no dearth of talented actresses in Hindi cinema but it is only now that women are beginning to lead the charge at the box office.