As unbelievable as this might seem, it was a college set up by the British in 1800 that inadvertently became the centre of the earliest attempts to study and codify both Hindi and Urdu. The story of how Kolkata's Fort William College, set up to churn out 'Indiamen' to man the offices of the rapidly expanding British East India Company, ended up becoming a centre for Indian languages while also triggering a larger renaissance of ideas is fascinating.

Till the 1700s, the Company had paid little heed to training its employees. The ‘Indiamen’, as they were called, were drawn from a small pool of British families who were friends and relatives of those already involved with the Company, and there was little focus on their knowledge or abilities.

By the 1800s, the British territories in India had expanded greatly and there was an urgent need for a more thoroughly organised administration. This required trained men who could not only communicate in the local languages but also understand the country and the people they were rapidly gaining control over. The Indiamen were supposed to learn the native languages and were even paid a small sum called the Munshis’ allowance, to pay their Indian language tutors or munshis.

It was to train these British officials that Fort William College was established by Lord Richard Wellesley (Governor-General of Bengal from 1798 to 1805) in 1800. On the 24th of November that year, the first lectures were delivered at the college, in an assortment of tongues – Arabic, Persian and Hindustani. The college aimed to create civil servants who were familiar with Indian languages, history, culture and local laws. Alongside, they would also receive training in Western languages and the art of administration.

However, Fort William College faced a setback almost as soon as it started. Since the college had been established by Lord Wellesley without the knowledge or permission of the Court of Directors of the East India Company in London, the Company’s headquarters ordered its closure.

Despite Wellesley's best efforts, the Court of Directors had its way. While Fort William College was not shut down, its purpose was diluted as the Company established its own college in England – the East India Company College in Haileybury in Hertfordshire, in 1806, to train future Indiamen.

Wellesley, however, managed to ensure that the college survived. Even though the role of the college in the education of future East India Company officers took a knock, the focus of Fort William College shifted to training officers in Indian languages. And it is in this that it really contributed.

This change proved to be a blessing in disguise. The shift in focus to languages led to some of the most seminal work in the study, compilation and codification of Indian languages during the half century of the college’s existence. Many local languages, except the non-classical or imperial languages like Sanskrit, Tamil or Persian, did not have formal grammar and structures in place.

The rules of grammar in many of these vernacular spoken languages were now written and codified at the college.

To enable foreigners to thoroughly understand and study these vernacular languages, there was a need for textbooks, grammar and dictionaries. Thus, the scholars and administrators of the college embarked on the task of compiling, translating and interpreting native languages.

The college employed noted Orientalists such as H T Colebrooke, ‘the first great Sanskrit scholar in Europe’; John Gilchrist, who compiled the first printed publication in Devanagari – A Dictionary: English and Hindoostanee. To Which Is Prefixed A Grammar of the Hindoostanee Language; and Lt John Baillie, who taught Arabic, Persian as well as Islamic Law at the college.

Most historians and linguistic scholars like Shobna Nijhawan, S N Sen, Modhumita Roy and John Bowne concur that it was at Fort William College that the notion of Hindi and Urdu as two distinct languages written in the Devanagari and Persian scripts crystallised; before this, it was a single language referred to as ‘Hindustani’. This separation was given official sanction in 1900, when the governments of the North Western Provinces and Oudh (present-day Uttar Pradesh) mandated that provincial officers know both Hindi and Urdu.

The college had recruited pandits and writers to create prose texts in Hindi mostly by translating texts from English, Sanskrit and Persian. Dutch literary historian Thomas De Bruijn says that Fort William College was “more or less the birthplace of modern Hindi”.

Interestingly, the Hindi taught at the college was based on Khadi Boli, the dialect spoken in the plains of Northern India around Delhi.

William Carey, missionary and scholar who was the professor of Bengali at the college, was credited as the author or compiler of works in 37 Indian languages including Sanskrit. He did some of the most seminal work in Bengali language and linguistics.

William Carey with a Pandit|WIkimedia Commons

Carey worked on a Bengali dictionary over a period of 30 years, from 1801 to 1831, and the dictionary ended up with explanations of over 80,000 words. According to Professor Emeritus, University of Minnesota, David Kopf, this is the first attempt to trace the etymological roots of a non-Western language.

The prolific work that Fort William College produced found its way into the far corners of India, thanks to the ‘Serampore Mission Press’, one of the earliest printing presses in India. The Serampore Mission Press was established in 1800 to print Christian religious tracts and published the translation of the Bible in more than 25 languages.

In addition to its original objective, a large part of its publications were textbooks in vernacular languages as well as grammars, dictionaries and literary works in the native languages for Fort William College. Due to this, the work done at the college didn’t stay confined to its classrooms but was disseminated across the country.

The exchange of ideas and cultures that Fort William College facilitated had another major impact. It opened minds and created the base for a wave of social reform. The munshis and pandits employed at the college were part of a rigorous intellectual exercise and this opened their eyes to the need for reform in the society in which they lived. They were also against the idea of blind ‘Westernisation’ and aimed at reform within.

Some of the brilliant teachers at the college went on to become great social reformers. These included the likes of Ishwar Chandra Vidyasagar, who headed the Sanskrit department at the college. Even Raja Ram Mohan Roy, although not formally associated with the college, was greatly influenced by it.

Fort William College was also home to scholars and writers like Lallu Lal, who is regarded as the father of Hindi Khadi Boli prose, as well as Madan Mohan Tarkalankar, the Bengali poet known for his work Basabdatta.

Interestingly, even though the college was called ‘Fort William’ College’, it was situated outside the walls of the Fort. It was housed in Writers Building, south of Dalhousie Square (BBD Bagh). 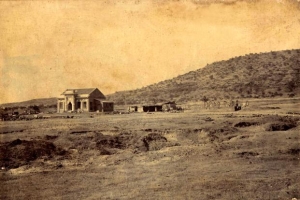 Although it was primarily for the British and by the British, it ended up fuelling the Bengal Renaissance and playing a vital role in the emergence of Calcutta as an intellectual hub. The college lasted a relatively short 54 years and closed in 1854, just 3 years before the Revolt, which in turn led to the closure of its British rival, the East India Company College in 1858. It was the end of an era but even as Fort William College shut its classrooms for the last time, it left a lasting legacy

Calcutta British East India Company Bengal urdu Hindi Bengali
You May Also Like
Cover Story
Heritage Matters: India’s Fabled Jewels
By Nehal Rajvanshi
India’s love affair with jewellery goes back 5,000 years, yet we do not consider jewellery a part of our heritage.
Cover Story
Preet Nagar: Punjab’s ‘Town of Love’
By Aashish Kochhar
Preet Nagar was once patronised by the leading lights of literature, cinema and the arts
Cover Story
The Great Eastern Hotel: Once the Jewel of the East
By Devasis Chattopadhyay
Mahatma Gandhi, Queen Elizabeth II and Ho Chi Minh, all stayed at the Great Eastern Hotel
Cover Story
Ajanta: A Legacy Cast in Stone
By Kurush Dalal
The story of how these exquisite caves were found and how it led to the discovery of so many more
Support
Support
Each day, Live History India brings you stories and films that not only chronicle India’s history and heritage for you, but also help create a digital archive of the 'Stories that make India' for future generations.