The late 19th century was a time of churn and reform all across India, and things were no different in Kerala. British rule and the Western education they had introduced began to act as agents of change, with educated Indians starting to question the status quo, including their own customary beliefs.

Literature was one of the most potent vehicles of change at the time but who would have thought that a romantic novel – the ‘first’ novel in Malayalam – would coax common folk to question the rigid caste structure that governed Kerala society.

Well, it did, and credit for triggering a social revolution driven by literary novels goes to O Chandu Menon and the other Malayalam writers that he inspired.

Menon, a product of Western education and an employee of the British government who had worked his way up the bureaucratic hierarchy, used the power of the pen to hold up a mirror to his own community – the Nairs. The story of why and how he used the novel to do so is a fascinating tale.

Portrait of a Nair Lady by Raja Ravi Varma|Wikimedia Commons

Hindu society in Kerala was deeply casteist, with the Nambudiri Brahmins and Nairs comprising the two dominant castes, and the former at the top of the caste pyramid. A variety of feudal traditions with respect to marriage and inheritance governed the interactions between the Nairs and the Nambudiris but cracks were beginning to form in this hitherto unyielding caste-based society.

The system of Nambudiri inheritance was such that the oldest son inherited all property and only he was allowed to enter into marriage with a Nambudiri woman. The younger sons, on the other hand, entered into alliances with Nair women and the children born out of such alliances were raised in the Nair caste. The Nairs, on the other hand, were matrilineal and matrilocal. Property inheritance was from mother to daughter and the mother’s brother (karanavar) administered the property on behalf of the female members of the family.

Murmurs of dissent began to grow louder, especially among the more forward-thinking Nair community. During the course of the 19th century, with the introduction of English education, educated Nair men began to challenge the old order, their main focus areas being marumakkathayam, the matrilineal system of inheritance, and the practice of sambandham, a tradition that enabled Nambudiri men to enter into alliances with Nair women.

Society, it appeared, was ripe for a revolution, and it was against this backdrop of dissent that Oyyarathu Chandu Menon was born in 1847. Raised in a village in present-day Kozhikode district in North Kerala, he was educated traditionally before he went on to acquire an English education at the Basel Mission German School in Thalassery (now known as the Basel Evangelical Mission Parsi School). Beginning his professional life as a clerk, Menon rose to become a judge and also assisted William Logan, the Englishman who wrote the Malabar Manual, a detailed dossier on Malabar society, economy, geography and people.

Menon was an avid reader of English novels. He would often summarise them for his wife, who usually bored by this exercise found the story of Benjamin Disraeli’s Henrietta Temple interesting enough to demand a more detailed summary. Menon had an idea. Why not translate an English novel for fellow Malayali speakers who might enjoy Henrietta Temple as much as his wife had? And so, to introduce the people of Kerala to the novel, Menon began this daunting exercise.

Undoubtedly, he was up to the task but halfway through the exercise, he wondered whether Malayalis would appreciate the customs, traditions and habits of the people of Victorian England, a faraway land with which they had little in common.

Then a thought struck him. Why not attempt a novel in his native tongue?

The cover of Indulekha, the translated version

It is unclear when Menon began writing his first novel but it certainly wasn’t the first Malayalam novel. Kundalatha by Appu Nedungadi was the first Malayalam novel, published in 1887. Menon’s Indulekha followed in 1889 and is a rare instance of the ‘second’ completely eclipsing the ‘first’. In fact, many histories begin their narration of the journey of the novel in Malayalam with Indulekha, overlooking Kundalatha, which is considered an inferior work.

Indulekha shook traditional Kerala society as it addressed the issue of Nair women, their sambandhams with Nambudiri men and the clash of this age-old practice with the advent of modern ideas in Nair society. Indulekha, the Nair protagonist in Menon’s novel, wants to marry Madhavan, an educated Nair man, but her father, in line with prevailing customs, wishes to betroth her to Suri Nambudiri, a much older and poorly-educated but wealthy Nambudiri man.

Indulekha resists the alliance and stands her ground even when pressured to toe the customary line.

But midway through the novel, Madhavan is led to believe that she had succumbed to her father’s wishes. On hearing this, he embarks on a journey to repair his broken heart. Later, it turns out that the news was false and Indulekha is still unmarried. Madhavan returns from Calcutta, where he had taken refuge, and marries Indulekha.

While on one level, Indulekha is an important literary work since it introduces a new genre into a language dominated by verse and drama, Menon was also able to inject modernity into Nair discourse, which was already an important part of his own life. He was a member of the Malabar Marriage Commission appointed by the government in 1891, to consider legislation to ‘regularise’ Nair marriages. Indulekha, no doubt, influenced the views of other people in the then ongoing debate surrounding this issue, even as Menon sought to find a middle path that addressed the views of both pure traditionalists and radical modernists.

Interestingly, besides being a new form of literature, Indulekha, from the point of view of even just language, was a break with the past. In his preface, Menon emphasizes that the language he uses in the novel is the kind spoken at home ‘with such Sanskrit words that I might use in conversation with an educated Malayalee’. In other words, he had steered clear of the highly Sanskritized Malayalam used in classical verse and drama and opted for a more informal register, albeit Sanskritized to a limited extent.

Menon was naturally apprehensive about how the reading public would react. But the book became popular beyond his wildest dreams. An editorial in The Hindu had glowing praise: "But if any of them have hitherto occupied the place which properly belongs to the creative genius, he must vacate it now for Mr Chandu Menon. The perfect originality in the plan of his book, the admirable perfection in the execution of his fiction, entitles Mr Chandu Menon to be regarded as a creative genius of no ordinary kind." (’The Latest In Fiction’, The Hindu, Saturday, January 25, 1890).

Menon began writing another novel, Sarada, but passed away in 1899 before he completed it. In 1891, C V Raman Pillai from the princely state of Travancore in South Kerala, published Marthandavarma, the first historical novel in any South Indian language. Saraswathy Vijayam by Potheri Kunjambu, published in 1892, was the first Malayalam novel that focused on the challenges of the backward classes. 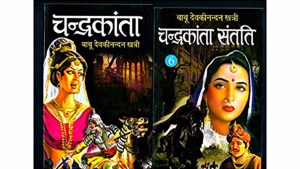 What Chandu Menon had attempted soon developed a life of its own. The Malayalam novel was on its way and it was already a great leveller. By taking the message to the masses, it turned an undercurrent of resistance into a tide of change.

Kerala Literature Malayalam Nair
You May Also Like
Cover Story
Nanda Devi’s Nuclear Secret and a Botched CIA Operation
By Ranvijay Singh Hada
Fifty-five years ago, the CIA lost a nuclear-powered spy device on India’s second-highest peak, Nanda Devi
Cover Story
Fort William College & Its Ironic Legacy
By Anshika Jain
A college set up by the EIC became the ‘birthplace of modern Hindi’ and went on to influence the Bengal Renaissance
Cover Story
Allahabad and the Golden Age of Hindi Literature
By Akshat Lal
Revisit the contribution of the men and women who drove 150 years of literary change
Cover Story
Prince Khusrau: A Tale of Denial and Death
By Wajahat Habibullah
Khusrau spent much of his life imprisoned by an insecure father, blinded and eventually put to death.
Support
Support
Each day, Live History India brings you stories and films that not only chronicle India’s history and heritage for you, but also help create a digital archive of the 'Stories that make India' for future generations.