For a lover of history, the word ‘Shangri-La’ evokes images of a land steeped in mysticism and untold wealth. Tibetan Buddhist texts allude to it as ‘Shambhala’, a utopian land of legends and a secret abode where the knowledge of the ages has been stored away!

Whether or not you believe in legends, you wouldn’t, not even in your wildest dreams, believe where Shambhala is - it is Odisha’s Sambalpur city! Historic and literary evidence reveals a close connection between Shambhala and Sambalpur, where by the way the ‘Kalki’ avatar of Vishnu is said to have taken birth! As unbelievable as it sounds, here is the story trail.

Sambalpur, one of Odisha’s largest cities, is situated 277 km from Bhubaneswar. Located on the banks of the Mahanadi river, it is an industrial hub, thanks to its proximity to the Hirakud dam. To understand the link between Sambalpur and Shangri-La, it is important to go far back into the past.

Almost all conversations on the history of ancient Odisha begin and end with ‘Kalinga’, or the coastal region of Odisha. The rich history of Dakshina Kosala, or present-day Western Odisha, is completely ignored. It is here, in the thick forests of Dakshina Kosala, along the banks of the Mahanadi, that a rich civilization once thrived. Mentioned in the Hindu epics like the Mahabharata and a few of the Puranas, Dakshina Kosala is said to have been conquered by Gupta emperor, Samudragupta, around 350 CE.

Interestingly, the earliest reference to Sambalpur is by 2nd century Roman scholar Ptolemy in his text Geographia, an ancient atlas and a treatise on Cartography . He writes of ‘Sambalaka’, situated on the banks of the ‘Manada’ river (Mahanadi). Interestingly, he also adds “(this is) where diamonds are found”, alluding to the famed Odisha diamonds which were once exported to Rome. They were found on the alluvial banks of the Mahanadi river, and it was this global trade in diamonds that made Sambalaka a wealthy kingdom.

But more than diamonds, it was its fame as the ‘birthplace’ of Vajrayana, or Tantric Buddhism, that made Sambalpur or ‘Shambhala’, as it was known in the Buddhist world, transcend from reality to legend.

While Buddhism was introduced to Odisha thanks to the patronage of Mauryan Emperor Ashoka (304 BCE – 232 BCE), ‘Vajrayana’, or the ‘Tantric’ form of Buddhism, emerged in Odisha in the 8th century CE. It was called ‘Vajrayana’ after the ‘Vajra’, a diamond-shaped implement used by tantric practitioners in their secret rituals.

The texts also state that, one day, King Indrabhuti found a child on a lotus whom he adopted. This child grew up to be the famous Padmasambhava, the great Buddhist preacher who is said to have introduced Buddhism to Sikkim, Bhutan and Tibet. This explains why Shambhala is so important in Tibetan Buddhist tradition.

Historians place King Indrabhuti some time between the 8th and 9th centuries CE. This is the time when the Buddhist tradition merged with local tribal practices and a Tantric form of Buddhism emerged. The exact location of King Indrabhuti’s kingdom is a subject of much debate among historians but there is enough circumstantial evidence to establish that King Indrabuti’s ‘Shambhala’ was none other than Sambalpur in Odisha.

It was the accounts of ancient Chinese travellers Fa-Hein and Hieun Tsang that led many historians to claim that ‘Shambhala’ and ‘Uddiyana’ were located in Swat district of present-day Pakistan. However, a number of noted historians of Tantric Buddhism, such as  H P Sastri, N K Sahu, K C Panigrahi and Nik Douglas, believe that ‘Uddiyana’ is none other than Odisha, and the fabled ‘Shambhala’ is indeed Sambalpur, and have presented the following facts to support their theory.

First, Buddhist texts use ‘Oda’,‘Odva’ and ‘Odvisa’ as variants while referring to ‘Uddiyana’. Second, the 12th century Buddhist text Chatura-Siddha-Pravrtti (History of 84 Siddhas) mentions that ‘Uddiyana’ is divided into two regions, Shambhala (present-day Sambalpur) and Lankapuri (present-day Sonepur, around 70 km from Sambalpur). It goes on to say that King Indrabhuti was the ruler of ‘Odvisa’.

Third, Buddhist text Jnansiddhi, said to have been composed by King Indrabhuti himself, begins with an invocation to Lord Jagannatha, a deity associated with Odisha. Thus, considering all these references, it can be deduced that ‘Shambhala’ was indeed Sambalpur (Ptolemy’s ‘Sambalaka’)

Nicholas Roerich Painting of the ‘Song of Shambhala’|Wikimedia Commons

It was the monks of the great Buddhist establishments of Lalitgiri – Ratnagiri – Udayagiri, in Jajpur district of Odisha, who took Vajrayana Buddhism to Tibet and Southeast Asia.

In Hindu religious texts like the Mahabharata, Vishnu Purana and Kalki Purana, Shambhala is mentioned as the place where the Kalki avatar of Vishnu will take birth.

While Buddhism declined and then died out in Odisha by the end of the 13th century, the memory and fame of ‘Shambhala’ lived on in Tibet due to its association with the text Kalachakra Tantra. According to the Gelapa sect (Yellow Hats) of Tibet, to which the Dalai Lama belongs, Kalachakra Tantra is the ‘mother of all Tantras’ and the most important text in their tradition. It was believed Kalachakra Tantra was revealed by Lord Buddha at Dhanyakakata (Amaravati stupa) and composed at Shambhala (interestingly, underlining the Odisha-Andhra Buddhist connection).

So, for Tibetans, ‘Shambhala’ emerged as a mythical place in the shape of an eight-petalled lotus and palaces made of gold. Sadly, its association with India and Odisha were lost. The 6th Panchen Lama of Tibet (1737-1780) wrote a poem, the Shambhala Sutra, which described this mythical land somewhere deep in the Himalayas.

Back in India, the ancient ‘Shambhala’ had ‘pur’ added to its name in the medieval period and it became known as ‘Sambalpur’. It was the seat of the Chauhan kings till 1849, till it was annexed by the British Raj and played an important role in the 1857 Revolt in Odisha.

In the 1900s, this tale of a Himalayan utopia caught the imagination of the Europeans, especially the Western Occult enthusiasts. This was a time when the West was rediscovering the world, and the belief that a ‘land of happiness’ existed somewhere in the Himalayas proved too much to resist. In 1924-28, the famous painter Nicholas Roerich, even led an expedition to find Shambhala in the Himalayas, without success.

The Shambhala myth was busted by British author James Hilton (1900-1954) and turned into that of ‘Shangri-La’ in his 1933 novel Lost Horizon. It tells a story of a group of Westerners whose hijacked plane crash-lands in the Himalayas. The passengers end up in the utopian 'Shangri-La', deep in the mountains, where they find happiness, love and peace. The novel was a great worldwide success and is considered one of the most popular novels of the 20th century. It also brought ‘Shangri-La’ into the popular imagination, with hotels, homes and residences being named after it.

Inspired by the novel, United States President Franklin D Roosevelt named the presidential retreat in Maryland as ‘Shangri La’. In 1965, it was renamed and became famous as ‘Camp David’.

Today, a number of Buddhist scholars from around the world visit Sambalpur in search of the the fabled ‘Shambhala’. There is even an ISKCON temple here, to mark it as the perceived birthplace of the ‘Kalki’ avatar. 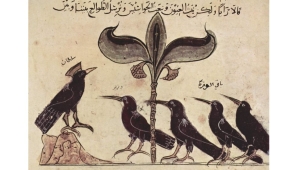 The busy urban sprawl of Sambalpur is a far cry from the mythical ‘Shangri-La’ that caught the world’s imagination. But, believe it or not, everything points to the fact that this is the once fabulous Shambhala!

You May Also Like
Cover Story
Karnataka Awakening: Walking the Talk
By Karthik Venkatesh
Kannada consciousness is closely linked to the Kannada language, evidence of which goes back more than 2,000 years
Cover Story
Harry Hobbs: Old Calcutta’s Beloved Chronicler
By Devasis Chattopadhyay
Harry Hobbs rose from being a humble piano tuner to Municipal Commissioner and a member of Calcutta’s upper crust.
Cover Story
Jallianwala Bagh: Lifting the Veil
By Aashish Kochhar
Very rare and never seen before photographs of those actual events in Amritsar of 1919.
Cover Story
The Extraordinary Lord Sinha of Raipur
By Deepanjan Ghosh
Catch the riveting story of Lord Sinha, and the tragedy and scandal that tainted his not-so-noble descendants
Support
Support
Each day, Live History India brings you stories and films that not only chronicle India’s history and heritage for you, but also help create a digital archive of the 'Stories that make India' for future generations.