Collectorates are usually seen as soulless, bureaucratic spaces out of step with time. However the collectorate complex in Patna has an enchanting story and has played a key role in the modern history of Bihar.

Starting as a Dutch trading post, it became the British administrative hub in Bihar and went on to become the seat of power in post-independence India. Why, it has also had a brush with Hollywood, even as whispers of a secret ‘treasure’ still concealed in the premises lend it an aura of intrigue.

If walls could speak, the Patna Collectorate could tell quite a tale! Unfortunately, the complex could take its stories to the grave – unless a group of citizens determined to save this slice of Bihar’s heritage can convince the Bihar Government to preserve its valuable legacy.

So what makes the Patna Collectorate unique?

Patna was a significant trading centre in Mughal times and under the Sultans of Bengal. This and its proximity to the Ganga riverbank attracted Europeans to set up their ‘factories’ or trading posts and godowns here. The first to come here were the British, who established a factory here in 1620. They were followed by the French, Portuguese, Dutch and the Danes.

In the 17th century, the Dutch arrived in Eastern India and started establishing trading posts in towns such as Dhaka, Malda, Murshidabad, Mirzapur and Patna. They established a factory in Patna, first in 1638, but soon closed it due to economic reasons. The factory was re-established between 1645 and 51.

The Patna Collectorate was thus built by the Vereenigde Oostindische Compagnie (VOC), also known as the Dutch East India Company in English. Established as a chartered company in early 1602, it is often called the ‘first multinational corporation in the world’ and it is the first company to be publicly traded. When it was dissolved in 1799, all its assets were taken over by the government of the Netherlands and its territories became colonies of the Dutch government.

Dutch Historian Lennart Bes told Live History India that the Dutch establishment in Patna cannot be seen in isolation but is part of a constellation of trading settlements in Asia which the European powers, especially the Dutch, had established. Interestingly, the Patna factory was used to carry out trade in saltpetre, opium and textiles. Of these, the textiles weren’t actually for Dutch consumption but were in high demand in Indonesia and were used by the Dutch to trade for Indonesian goods.

The collectorate complex was part of the deal and, in a few years, started serving as the administrative headquarters of the British in the region. It is in 1857 that it became the ‘collectorate’, a role it plays to date.

The 12-acre complex consists of many historic buildings, two of which date back to the Dutch era and the rest to the British period. The oldest building, built by the Dutch, is called the Record Room today. This building runs north-south, flanked by branch roads that run towards Collectorate Ghat.

On the western side of the Record Room, stands the 1938-built Patna District Board (PDB) building constructed during the British era. Although structurally sound as per conservation architects the roof of this building was either removed or collapsed with no subsequent attempts to repair it, thus leaving the building at the mercy of the elements and prone for complete destruction

The Meeting Hall of the District Board Patna in March 2019|Shahrukh Khan, Save Historic Patna Collectorate

Beyond it the road leads to another Dutch-era structure which today serves as the District Engineers Office. Originally built by the Dutch, it has very high ceilings along with hanging skylights. it has many layers added to it by the British over the decades of British occupation.

This building has a curious legend associated with it. It is said that the embedded in the walls of this building is an old safe, the keys of which have been lost. According to the legend, this treasure is of great historical value as it contains money, documents and antiquities or maps, all of it more than 400 years old.

Post 1947, the collectorate became a symbol of a newly independent and democratic India and has seen countless statesmen, politicians and bureaucrats walk its corridors. Then, in the 1980s, the collectorate briefly returned to the spotlight, when a key scene in the 1981 movie Gandhi directed by Richard Attenborough was shot here. It stood in for the court and for Motihari Jail.

A view of the facade of a Dutch-buit District Engineers Office|Shahrukh Khan, Save Historic Patna Collectorate

But in a disturbing turn of events, the Bihar government has been toying with demolishing the historic building complex to make way for modern structures. In March 2016, a plan was announced to raze the old buildings and replace them with six-storeyed modern ones. Ironically, the collectorate was mentioned as a heritage building in a 2008 government publication Patna: A Monumental History released at the first Shiksha Diwas event by the Chief Minister.

The Patna Collectorate’s predicament highlights the dilemma faced by many heritage structures in India. While ‘heritage’ is seen as the preserve of the Archaeological Survey of India or state Archaeolology Departments, historic buildings still in regular use are considered the preserve of the State Public Works Department, and these departments don’t have the mechanisms, manpower or resources to maintain these buildings.

The problem is, ‘heritage’ and ‘development’ are seen as mutually incompatible. Heritage and history are synonymous with archaeology, ruins and ‘freezing’ things. As a result, historic structures as viewed as white elephants, rather than dynamic entities that can be restored and used in the present. It is the inability of our administration to see the role historic buildings can play in the modern era that gives structures like the Patna Collectorate little hope.

It becomes particularly tricky as most of our historic buildings were built in colonial times, which is seen as a dark legacy for India. These structures are viewed as symbols of suppression or oppression. 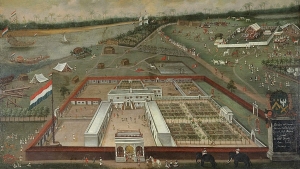 In the last few decades, Patna has lost many historic buildings like the Patna City Baoli Hall, Dak Bungalow in 1990, Bankipore Central Jail in 2010, and in 2014 many of its public bungalows like the the Civil Surgeons Bungalow, the District and Session Judges’ Bungalow and the Senior Superintendent of Police Bungalow.

To prevent a repeat of this for the Patna Collectorate, citizens’ groups as well as prominent people connected with Patna came together a couple of years ago, to protest the move to demolish the complex. The Indian National Trust for Art and Cultural Heritage (INTACH), the Gandhi Foundation and even the Dutch Embassy in India got involved and sent letters to the Chief Minister, imploring him to prevent the buildings from being razed.

Eminent historians, architects, former judges and bureaucrats, and other prominent citizens are a part of the movement. A campaign launched on April 3rd 2016 called ‘Save Historic Patna Collectorate’ has also taken shape on social media and is being spearheaded by Kunal Dutt, a resident of Patna.

The Ambassador of the Netherlands to India, Alphonsus Stoelinga in 2016, in a letter to Nitish Kumar also suggested that adaptive reuse of the buildings could be found. "I sincerely believe that this built heritage depicting the Indo-Dutch history can be restored and alternative uses can be planned. I am writing this letter to appeal to you to list the complex of buildings as per the norms of the State Archaeological Department,” he said in his letter.

Many ideas on the adaptive reuse for these buildings have been floated by citizens’ groups including one which suggests that the collectorate be converted into a café, which could be a tourist hub.

A panoramic view of the District Board Patna|Shahrukh Khan, Save Historic Patna Collectorate

The effort appears to have made some impact as, in June 2016, the then Finance Minister of Bihar Abdul Bari Siddiqui had said, “I am of the view that old, historical buildings should be preserved for posterity. And the collectorate carries within its walls Dutch and British history, besides being specimens of unique architecture of those eras. Buildings like these should not be demolished but rather adaptively reused and linked with cultural activities and boosting heritage tourism and the economy of Bihar.”

After the furore the Chief Minister set up an ad hoc committee consisting of archaeology experts and historians, to seek their opinion on the issue. However, it seems, the historic complex is far from safe as the Building Construction Department of the Government of Bihar has since submitted plans for the demolition of the existing buildings and construction of new ones. One can only hope that better sense prevails and that the promises made so far are more than just empty talk. 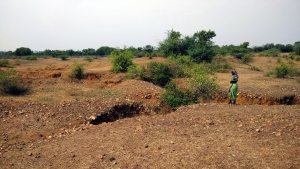 Saving Maharashtra’s Stone Age Legacy
Dutch East India Company British East India Company Patna conservation
You May Also Like
Cover Story
Feroze Shah Kotla : Delhi’s Forgotten City
By Akshay Chavan
Feroze Shah Kotla was once an inner citadel of the city of Firuzabad
Cover Story
Pandemics Through Indian Literary Lens
By Saurav Kumar Rai
The biggest names in Hindi literature have put a human face to these catastrophic events
Cover Story
The Remnants of Akbar’s Ilahabas
By Akshat Lal
A fascinating glimpse into the forgotten Mughal monuments of the Allahabad city
Cover Story
Thirteen Years in Baroda: Sri Aurobindo’s Discovery of India
By Vinayak Lohani
Sri Aurobindo was also a staunch nationalist and a protégé of Maharaja Sayajirao Gaekwad III of Baroda
Support
Support
Each day, Live History India brings you stories and films that not only chronicle India’s history and heritage for you, but also help create a digital archive of the 'Stories that make India' for future generations.